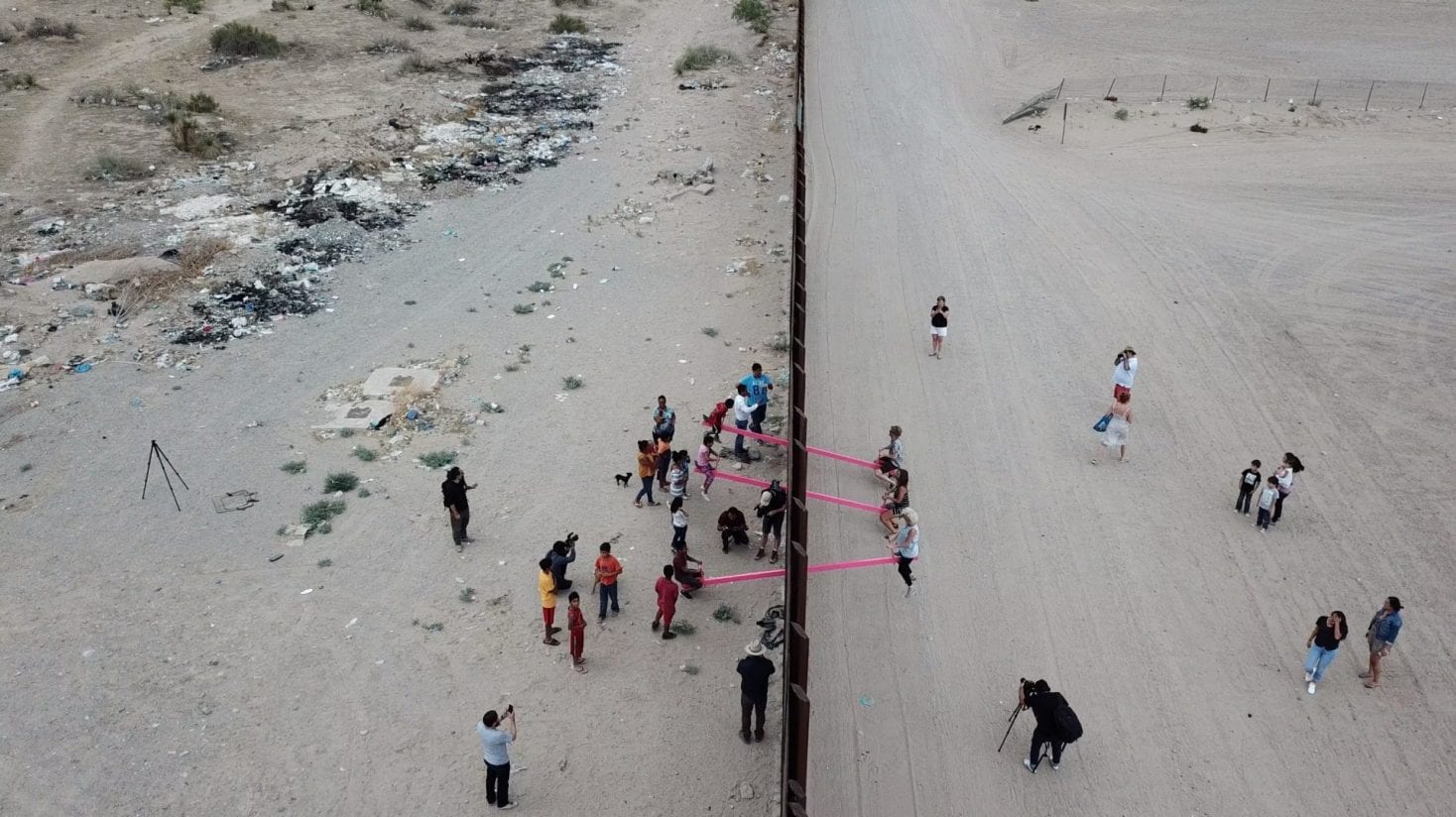 While the new President of the United States of America has already suspended work and redirected funds from the Border Wall construction, Rael San Fratello’s design of the Teeter-Totter wall reimagines the wall as an attractor, engaging both sides in a common dialogue, of fun and love. 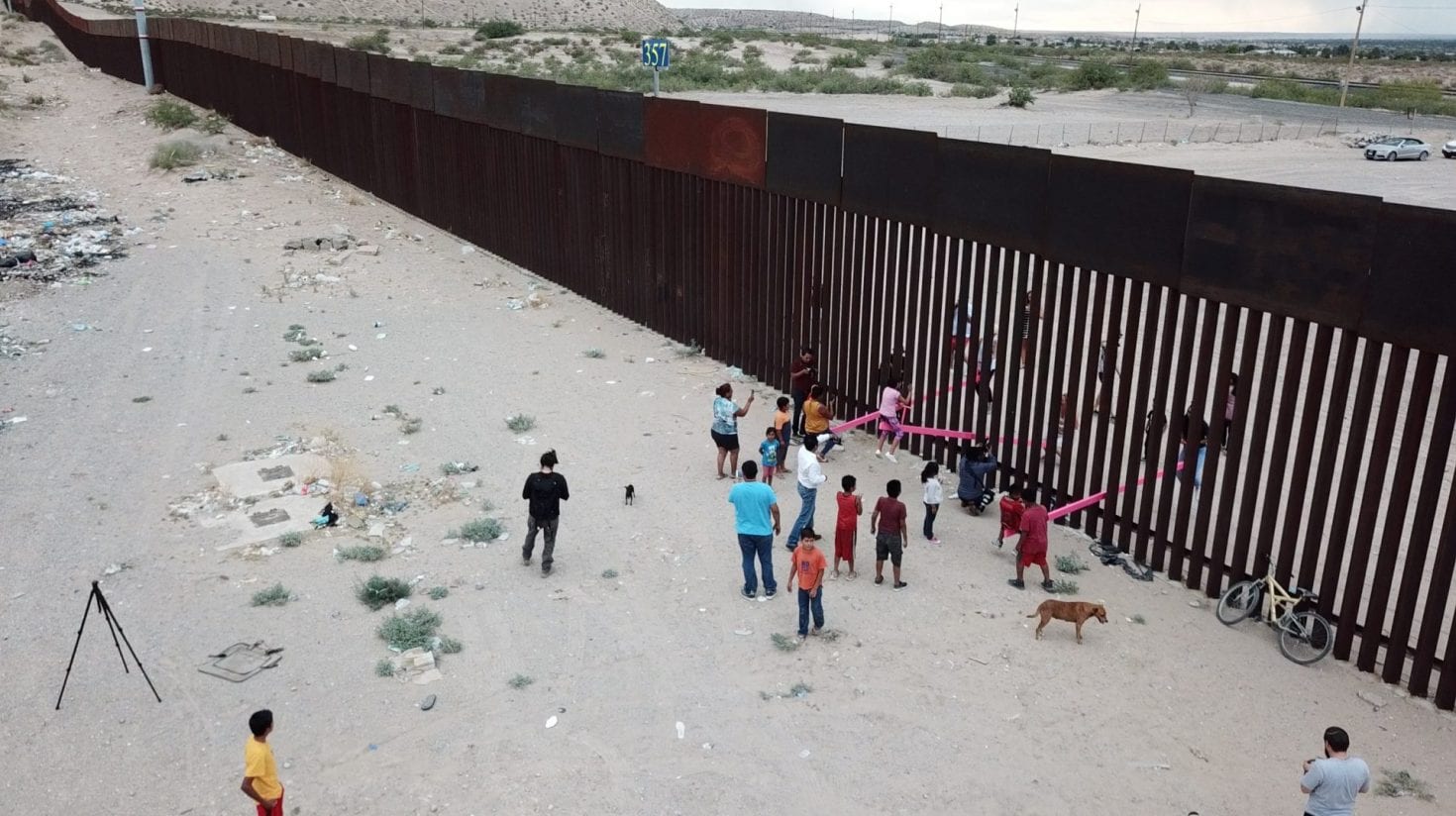 The London Design Museum announced the winners from 74 nominees for the 13th annual exhibition and awards – revealing the most game-changing designs of 2020 and architectural firm Rael San Fratello’s Teeter Totter Wall has been named design of the year 2020 at the Beazley designs of the year awards.

The installation is a set of three bright pink seesaws that break the barrier between the US and Mexico and allows people to interact over the border, was described by the judging panel as not only feeling symbolically important but also highlighting the possibility of things/

Anti-border wall campaigner Ronald Rael installed three pink seesaws to allow children on each side to play together. “I think it has become increasingly clear with the recent events in our country that we don’t need to build walls, but we need to build bridges,” Rael comments. “Walls don’t stop people from entering our capitol, walls don’t stop viruses from moving. We have to think about how we can be connected and be together without hurting each other.” 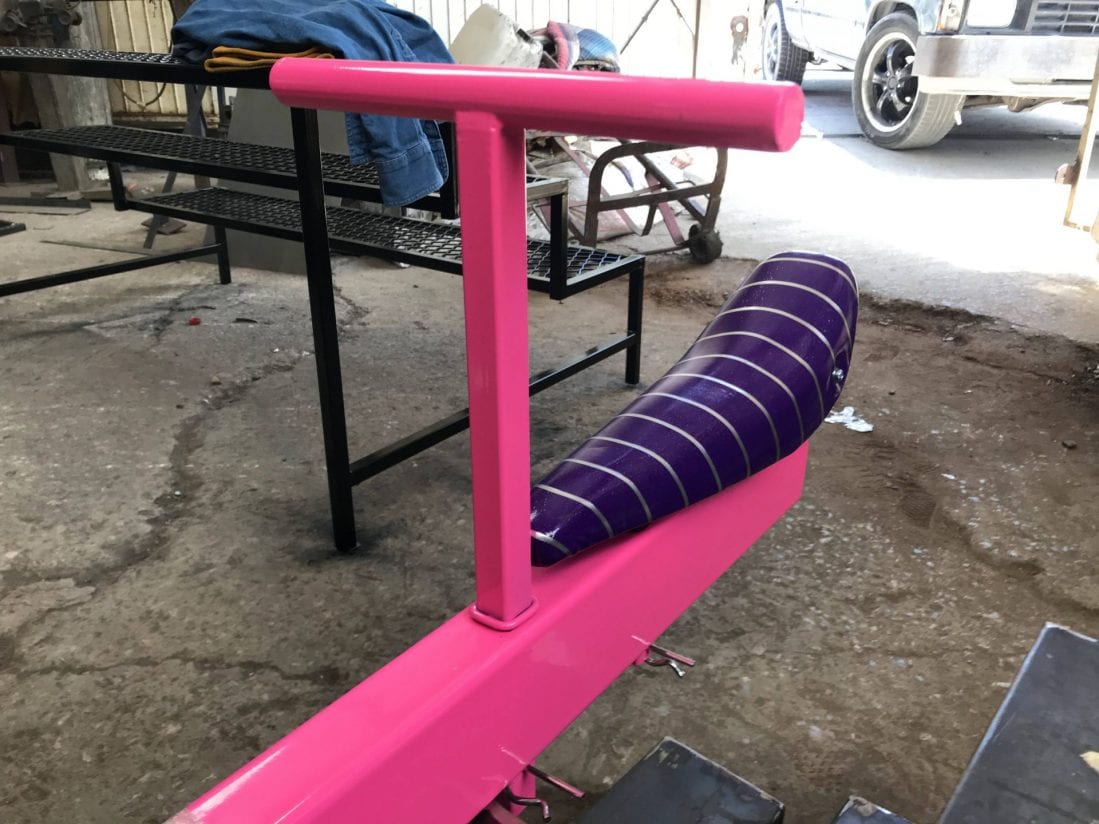 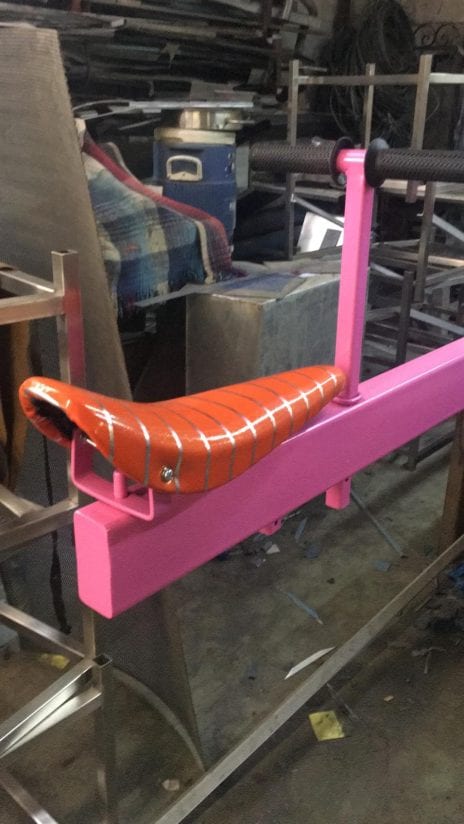 Rael’s studio, that reimagine, hyperbolise, or question the wall and its construction, cost, performance, and meaning proposes that despite the intended use of the wall, which is to keep people out and away, the wall is instead an attractor, engaging both sides in a common dialogue. 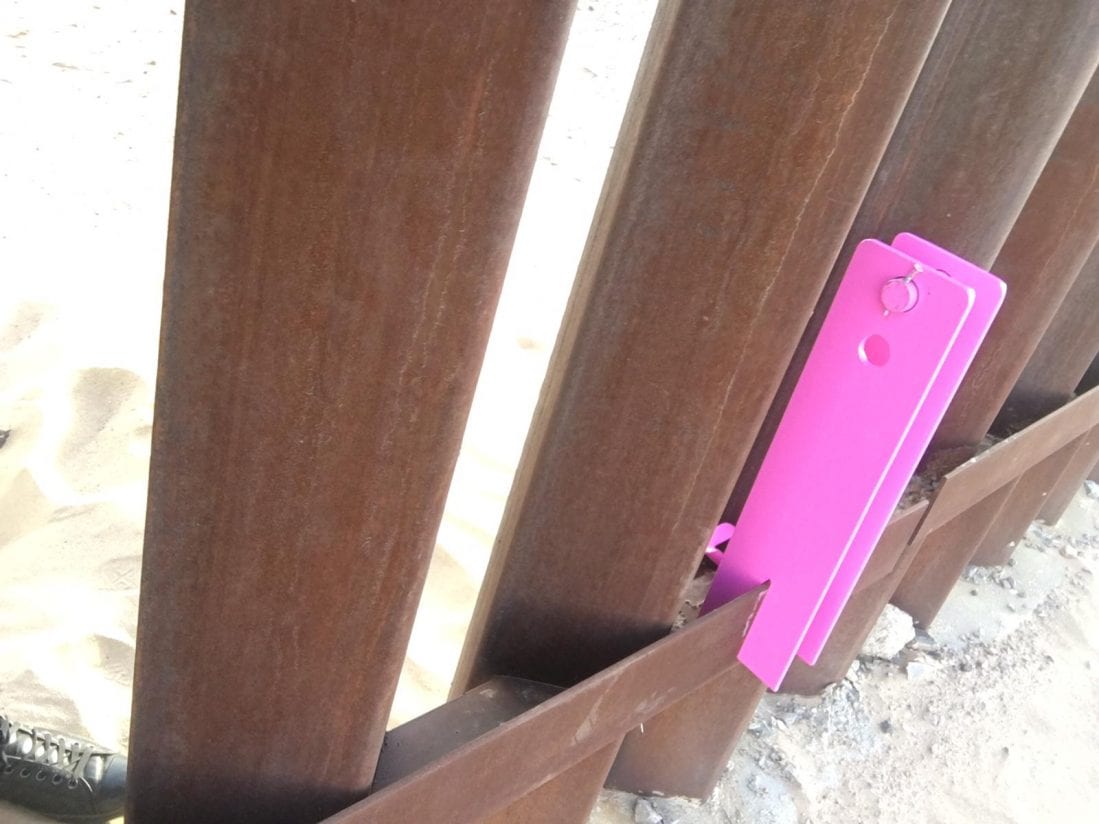 “The wall became a literal fulcrum for US-Mexico relations and children and adults were connected in meaningful ways on both sides with the recognition that the actions that take place on one side have a direct consequence on the other side,” Rael reveals. 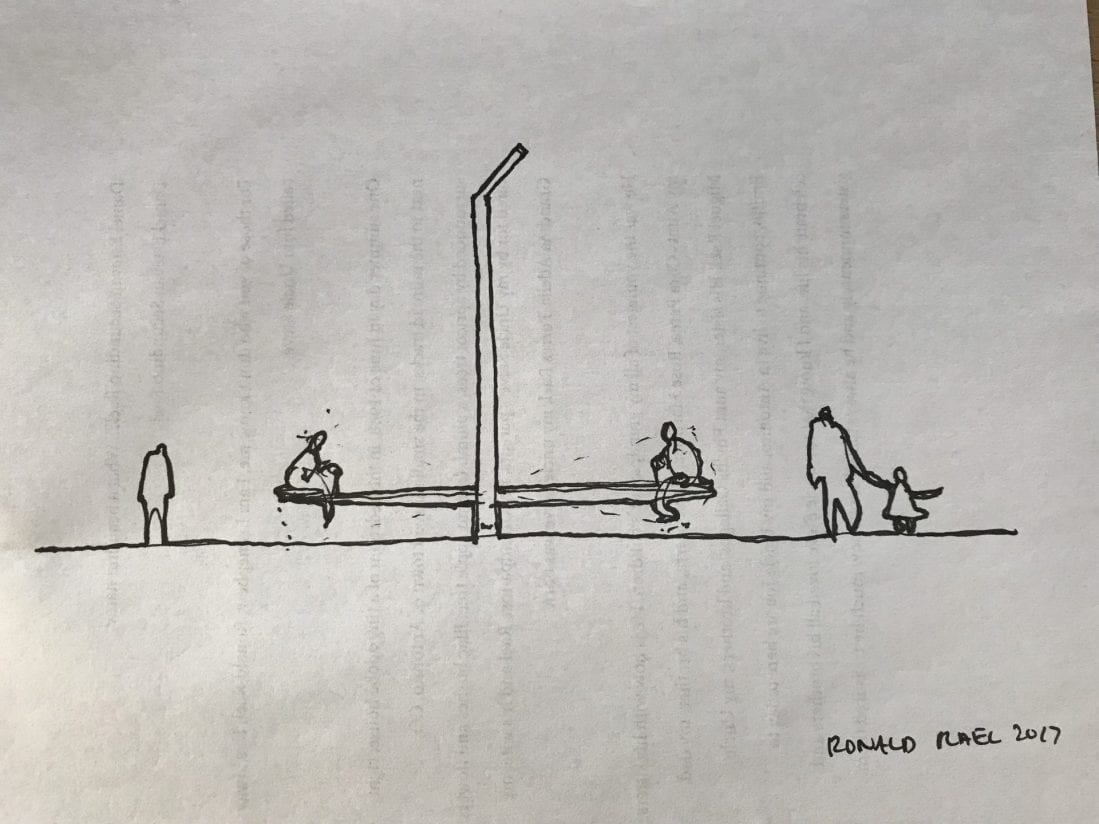 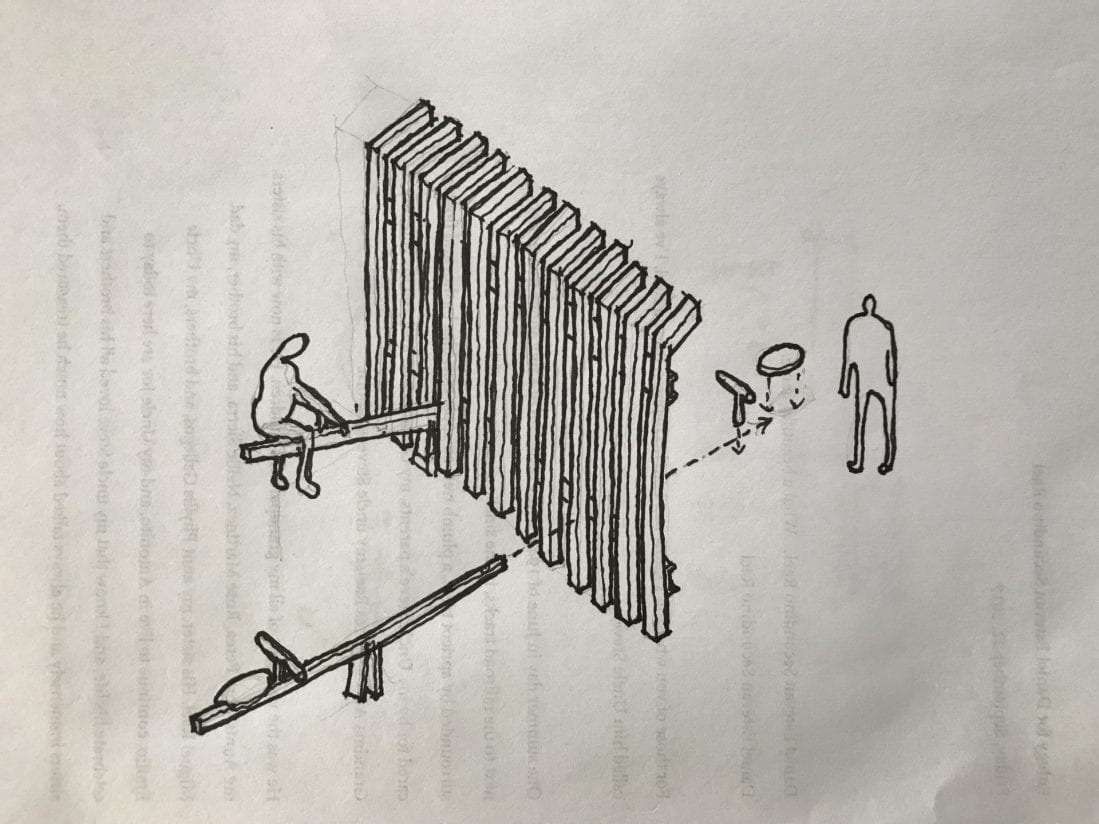 Rael’s studio was also involved in bringing about a movement against the border construction with a book termed, Borderwall as Architecture, which is an artistic and intellectual hand grenade of a book, and a timely re-examination of what the 650 miles of physical barrier that divides the United States of America from the United Mexican States is, and could be. It is both a protest against the wall and a projection about its future. Through a series of propositions suggesting that the nearly seven hundred miles of wall is an opportunity for economic and social development along the border and the Teeter-Totter Wall is one of the opportunities of unity presented and executed by the architects in 2019.