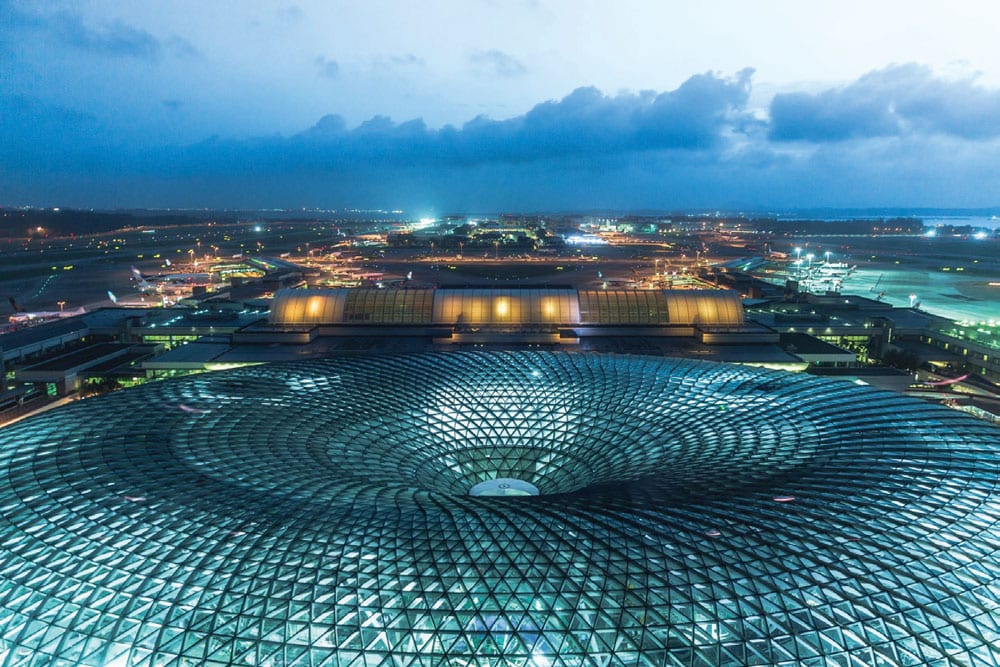 A Jewel in Changi Airport

Jewel Changi Airport re-imagines the centre of the Singapore’s Changi airport as a major public realm space. The reimagination has been the work of Safdie Architects and it offers a range of facilities for landside airport operations, indoor gardens and leisure attractions, retail offerings and hotel facilities, all under one roof.

This 134,000 sq facility has been completed at the cost of Sing $1.7 billion. This distinctive dome-shaped façade made of glass and steel adds to Changi Airport’s appeal as one of the world’s leading air hubs. Based on the geometry of a torus, the building is designed as a new central connector between the existing airport terminals at Singapore Changi Airport, according to the firm. 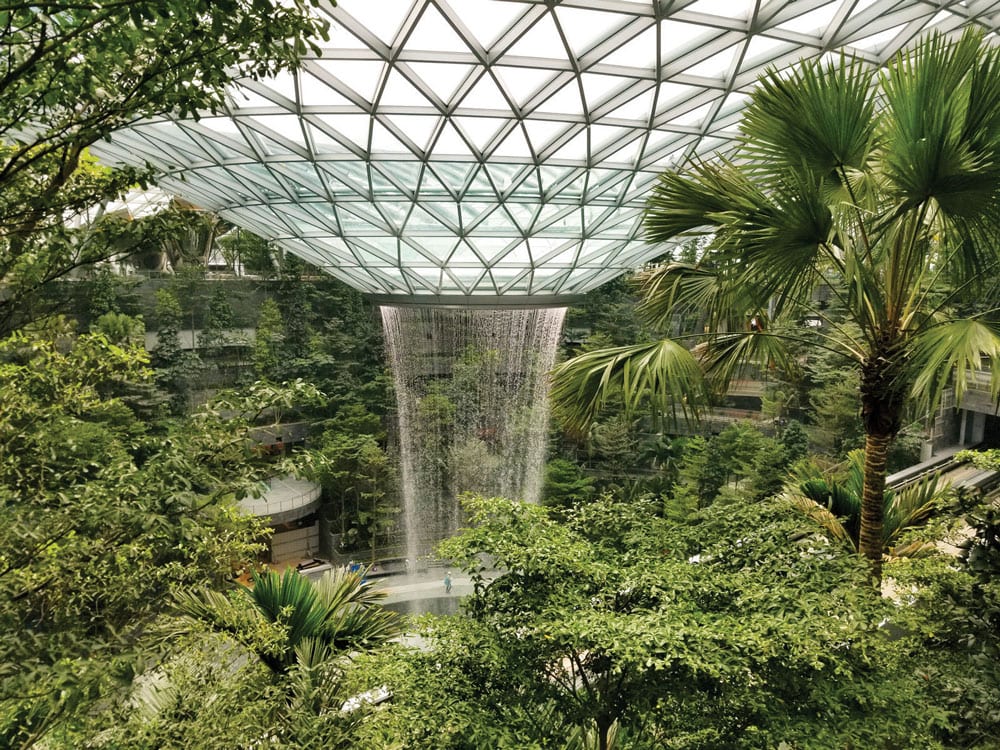 Directly connected to the Terminal 1, and linked to Terminal 2 and 3 via linkage bridges, the building serves both in-transit passengers as well as the public at large. At its core is the Forest Valley, a terraced garden attraction that offers many spatial and interactive experiences for visitors. The Forest Valley also includes walking trails, cascading waterfalls, and quiet seating areas. Surrounding the gardens is a multi-level retail marketplace on five levels, which features access to the garden via a series of vertical canyons.

At the apex of Jewel’s glass roof is an oculus that showers water down to the centre of the building. The Rain Vortex is designed as the world’s tallest indoor waterfall, transforming into a light and sound show in the evening. Additionally, rainwater is funnelled into the waterfall and harvested for building services and landscape irrigation systems. At peak conditions, water will flow through the oculus at more than 10,000 gallons per minute.

Jewel is slated to receive Singapore’s GreenMark Platinum status. The building’s efficient displacement ventilation system regulates the thermal comfort for occupants as well as the vast array of interior planting within. The Rain Vortex is a water collector, and also supports a gentle breeze throughout the garden spaces, according to the architect.

Moshe Safdie is an architect, urban planner, educator, theorist, and author and over a celebrated 50-year career, Safdie has explored the essential principles of socially responsible design with a distinct visual language. After apprenticing with Louis I. Kahn in Philadelphia, Safdie returned to Montréal to oversee the master plan for the 1967 World Exhibition. In 1964 he established his own firm to realize Habitat ’67, an adaptation of his undergraduate thesis and a turning point in modern architecture. 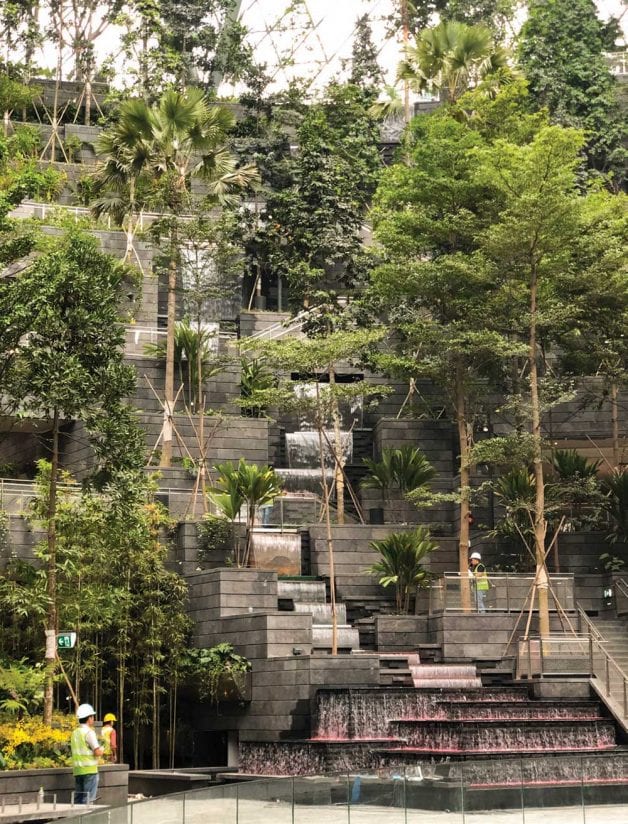