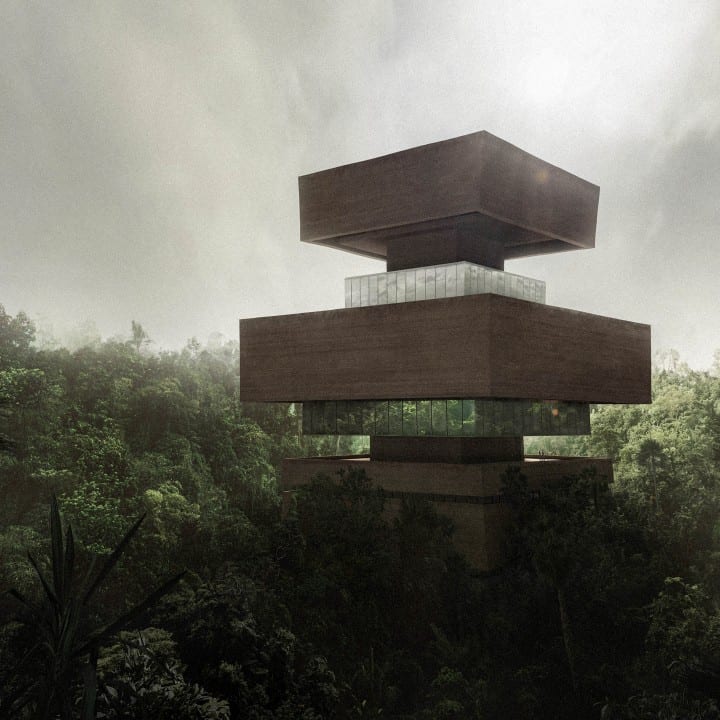 Mexican art collector Fernanda Raíz plans a research museum for people, art, and science exploring the possibility of harmonious coexistence in the 21st century. The first building by Studio Viktor Sørless and Estudio Juiñi takes its form from a tree or a reimagined pyramid and will be built from natural materials. 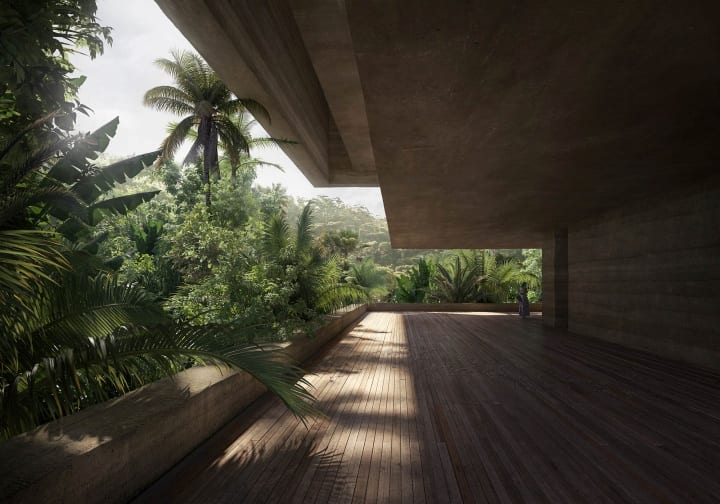 The name of the research museum, Xinatli, is based on the terms Xinachtli from the Nahua language and describes the moment in which a seed germinates, growing into a life-giving form. The phrase symbolises creation and honours the potential for metamorphosis. The first Xinatli building has been designed by Norwegian-German Studio Viktor Sørless together with Mexican Estudio Juiñi. The two designers have been researching on earth or mud as an innovative construction material for years.

Construction is planned for an area in the Mexican jungle and the site will include a newly arranged stepped pyramid housing the main exhibition areas, along with several art pavilions and a terrestrial institute operated by scientists, according to the designers. A 90-hectare area of cleared forest, previously affected by illegal logging, has been selected for the site and will be reforested in the coming years.

Xinatli is grounded in the decision to contribute to an urgent climate change within the mind, utilising art and aesthetic perception, an ecologically oriented way of building, and a cultural engagement with the other to help preserve the permanence of all life on our planet. 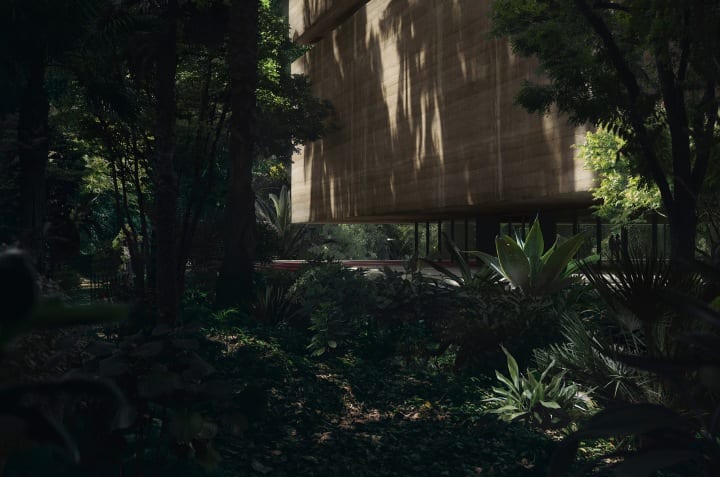 Xinatli’s founder, the Mexican art collector Fernanda Raíz, says: “Until now, museums have usually been a space where power is put on display. A 21st-century museum should not be a showcase for power but instead, a place that advocates for greater equity: in ecology, in art and in society.”

“The aim is to research, learn, and share. Alongside the promotion of creative processes, the museum’s focal points include thinking and feeling with the Earth, philosophical consideration of plants and fungi, and the global examination of nature as a legal subject, as proposed by constitutions in Bolivia and Ecuador,” says the founder.

Artistically, Xinatli sees itself as a place of k’ajte’, literally, ‘resting tree’ that leads to the other shore. “National and international artistic works are to be promoted and presented, especially works that address the threatening finitude of our planet, create ecological awareness, or fruitfully engage with the relationship humans, animals, and plants share.”

Xinatli will be built using predominantly natural materials, such as wood and clay. Wood is a renewable resource that can be used sustainably, while clay is reusable and sufficiently available everywhere in the soil. It saves expensive building technology and is rooted within the ancient traditions of nearly all cultures that have been displaced by modern industrial construction methods. 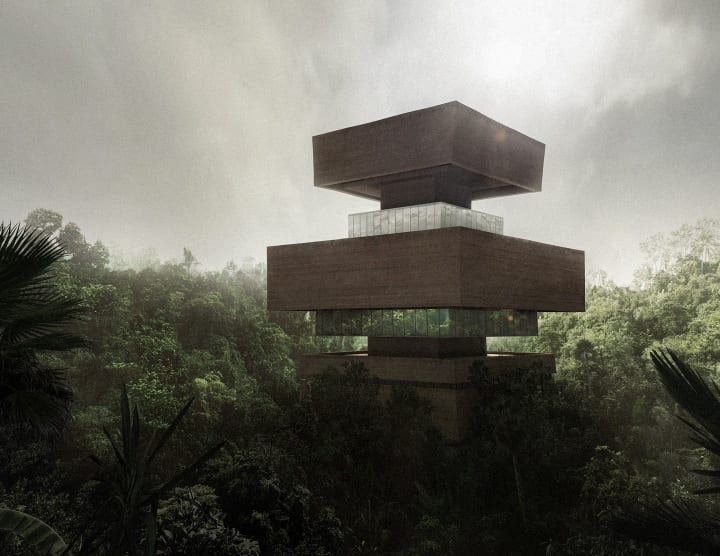 Combining contemporary engineering knowledge with indigenous building practices, the construction of Xinatli will respect ancient building techniques prevalent in the construction of traditional dwellings of the Yucatecan Maya, where trees used as support structures are planted rather than drilled into the ground. Additional elements are not nailed, screwed, or glued but bound. The so-called ‘wisdom of binding a house ’demonstrates a nature-adjacent construction method, which will be augmented with current research on clay and wood construction.

A re-imagined pyramid, the building will consist of earth and wooden loadbearing elements; the earth will be refined according to the knowledge of local craftsmen; Chukum resin and sisal fiber will increase the weather resistance and tensile strength of the building, helping it to cope with the tropical conditions of the nearby rainforest, explain Viktor Sorless.

RELATED  A Place for Education

The design envisions a re-modeling of the stepped pyramid, which is an integral part of Mesoamerican culture. 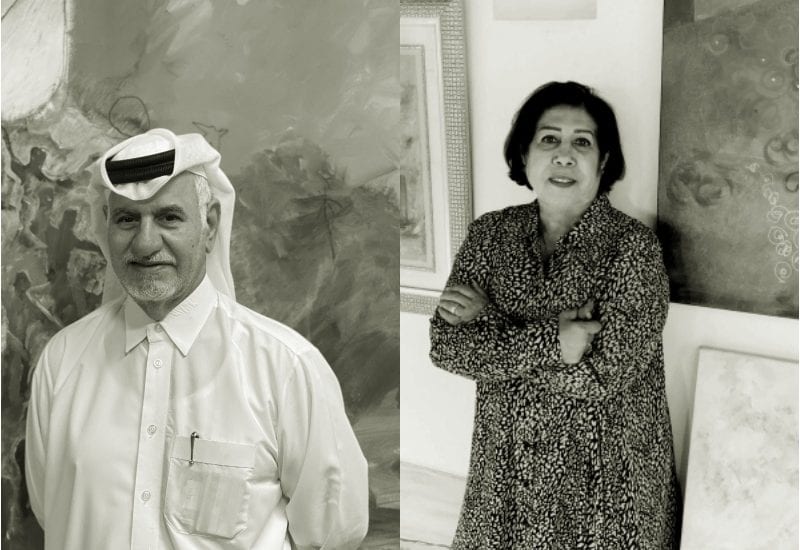 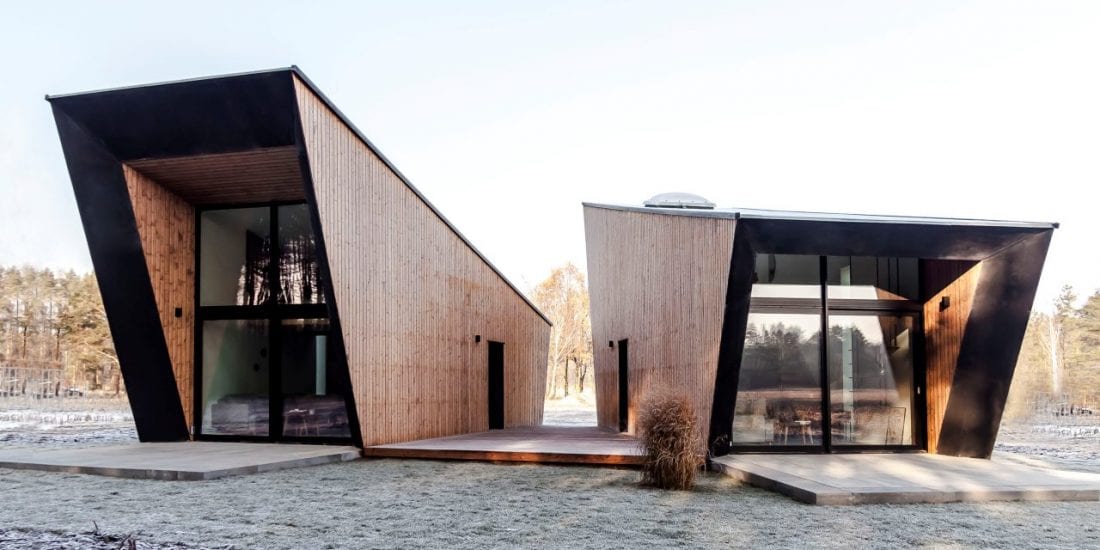 Modern Studio in Poland designs a cottage prototype for post-pandemic times, that can be easily replicated in 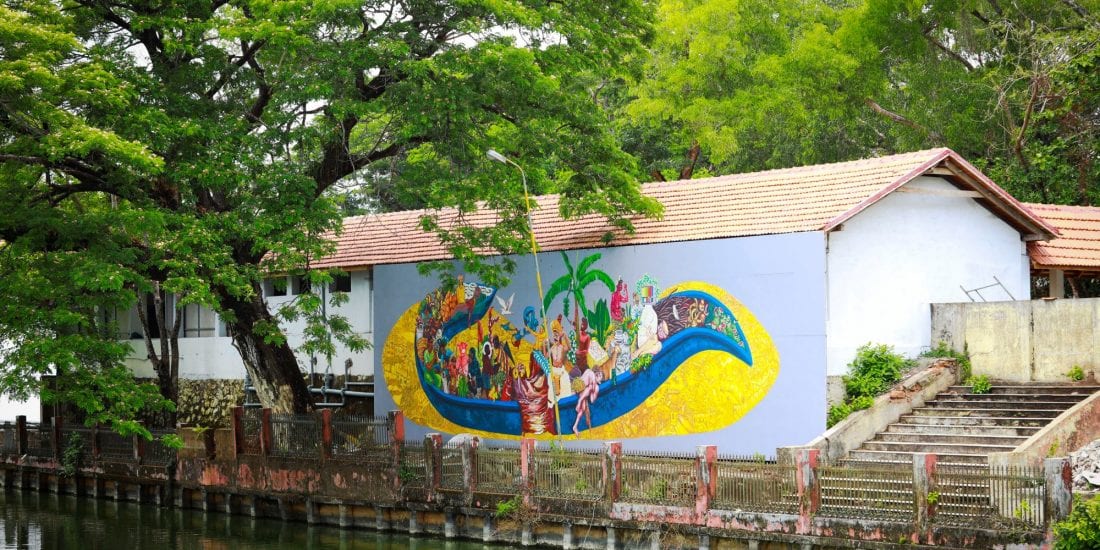 Art that Celebrates the Human Spirit