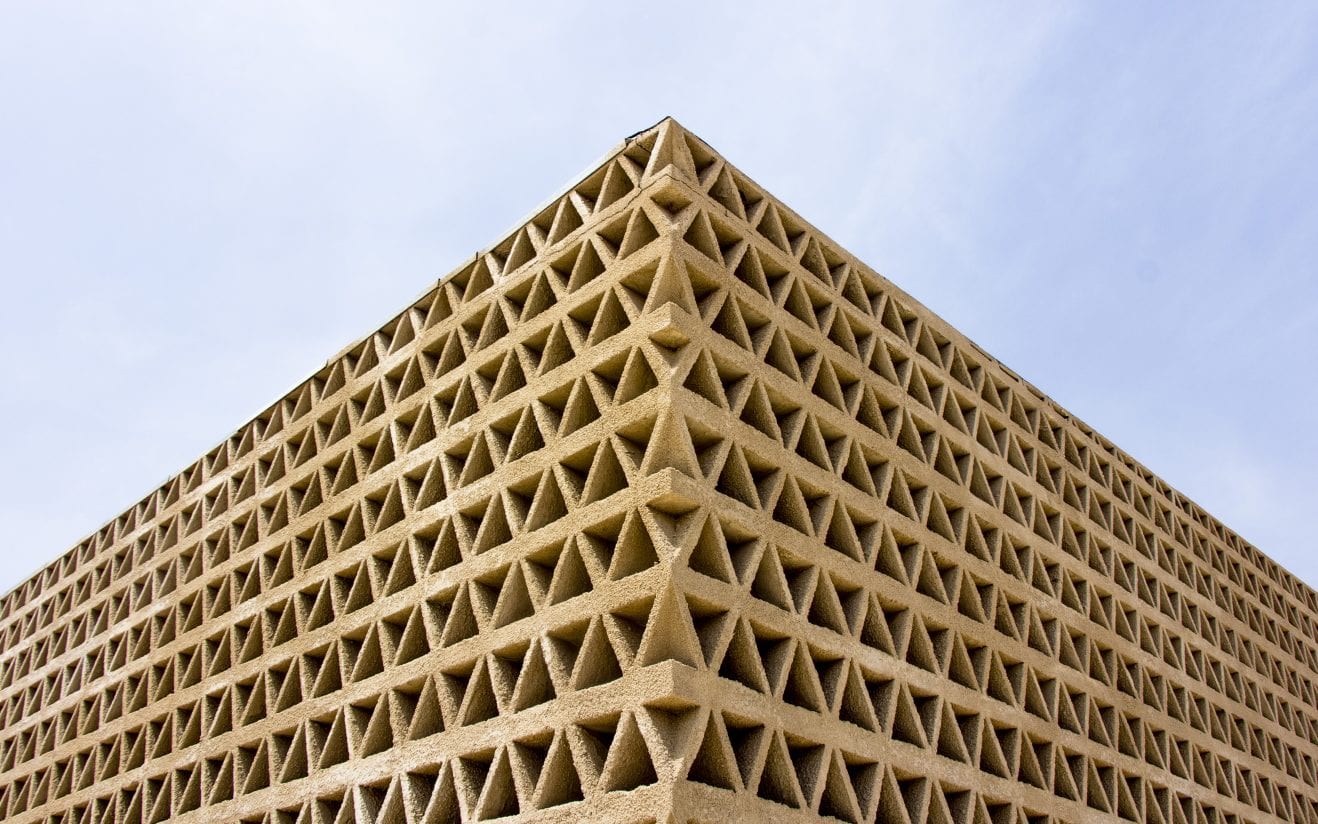 The next Aga Khan winner SCALE is focusing on is from Senegal. The Alioune Diop University Lecture Building designed by IDOM represents a commendable example of how fundamental principles of sustainability and energy efficiency are translated into a well-integrated and elegant design that also has a low impact on its surroundings. 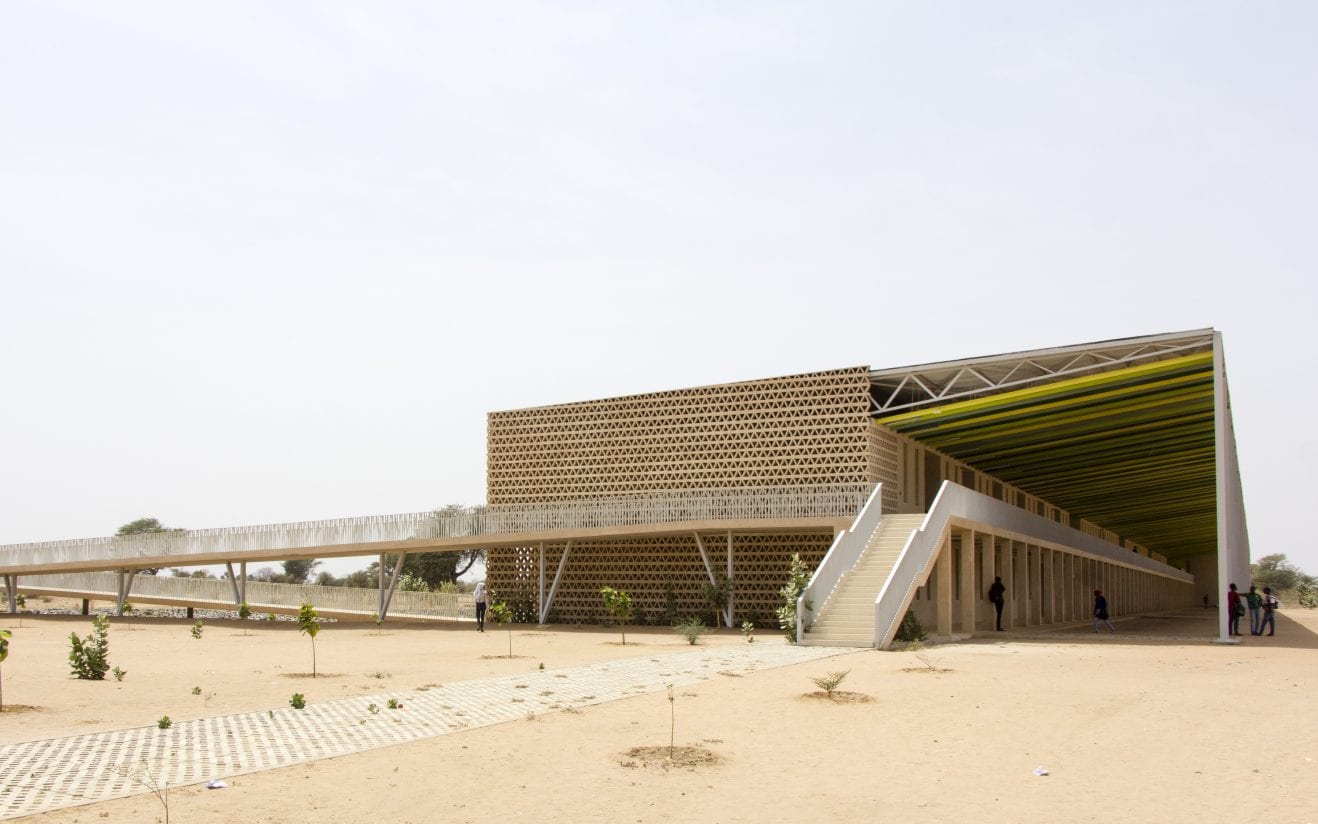 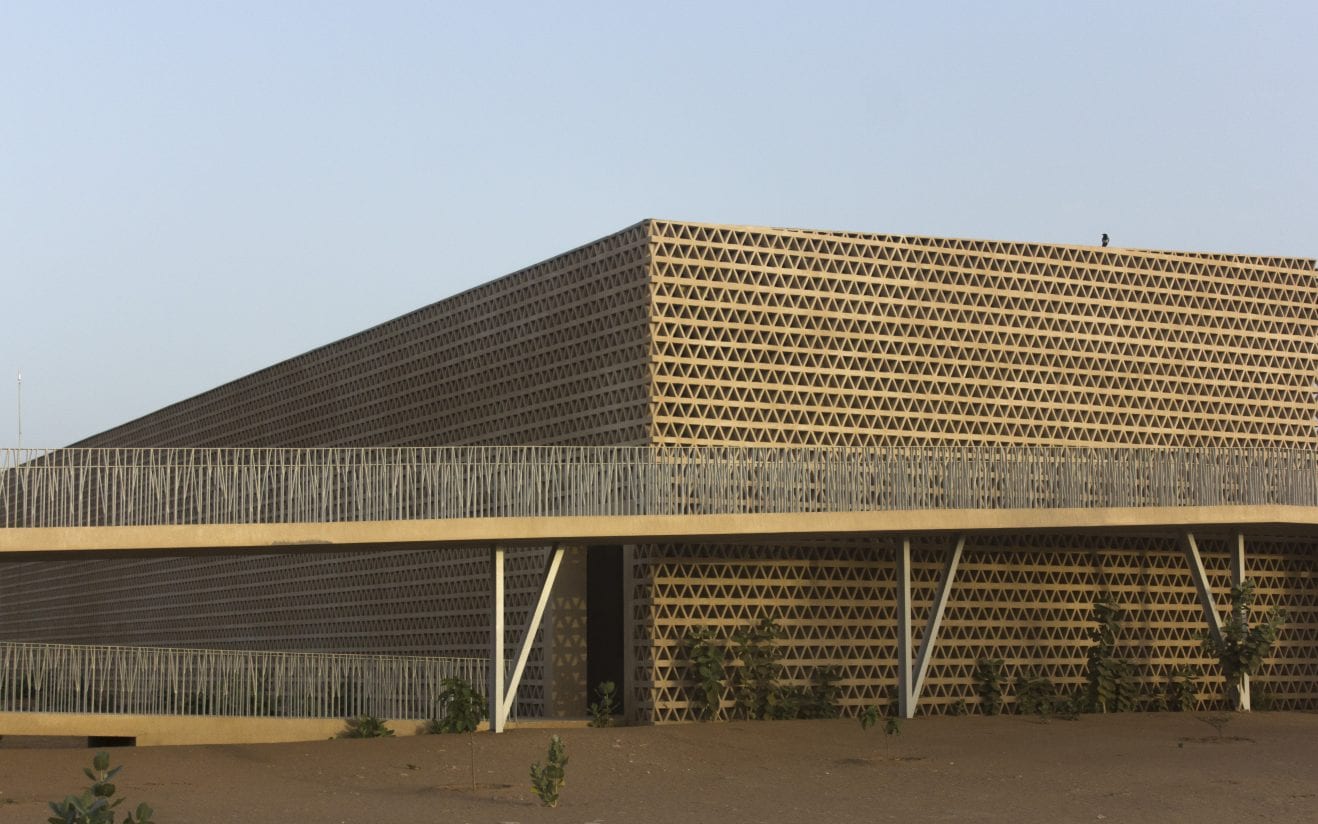 Alioune Diop University was founded in 2007 as part of the Senegalese government’s efforts to decentralize higher-education provision, seeking both to encourage youth to stay in rural areas and to provide educational programs appropriate to these contexts. By 2012 it was functioning beyond capacity, so an extension project was launched, of which this building formed the major part. 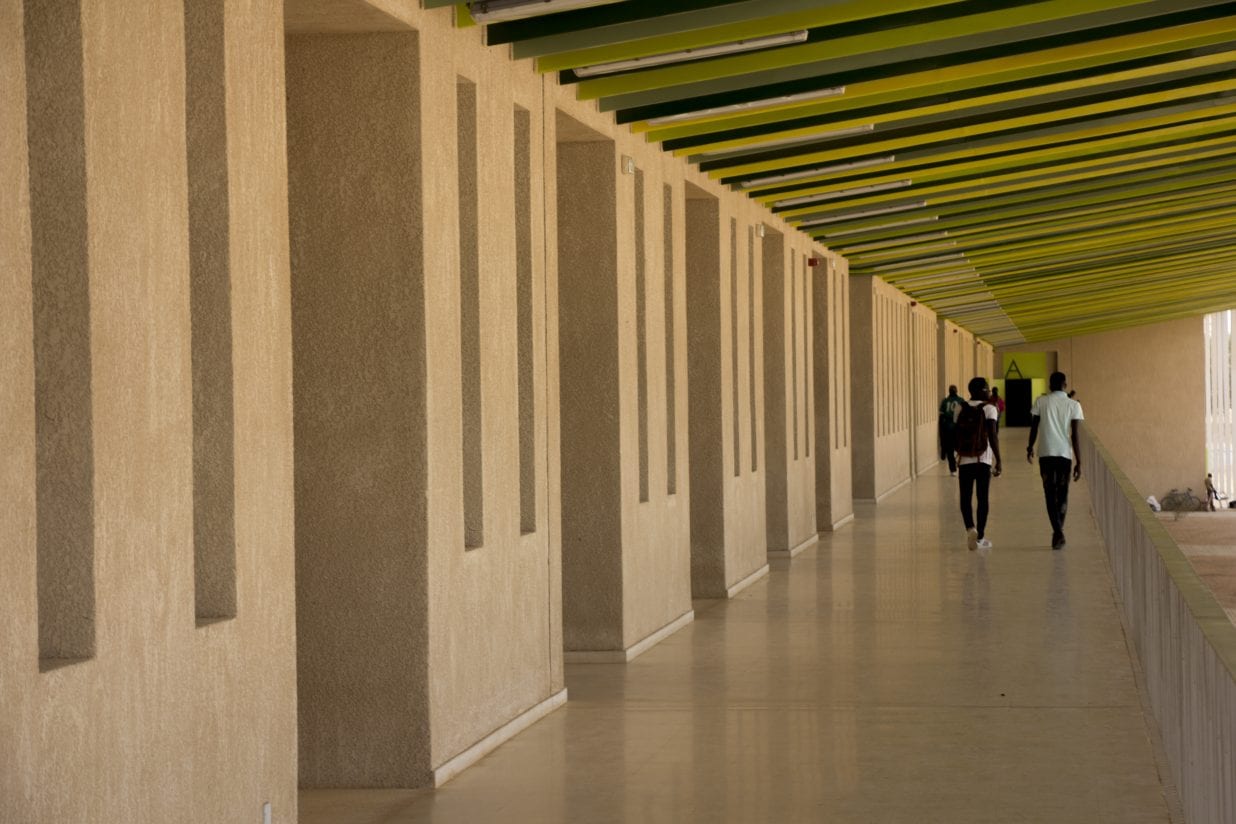 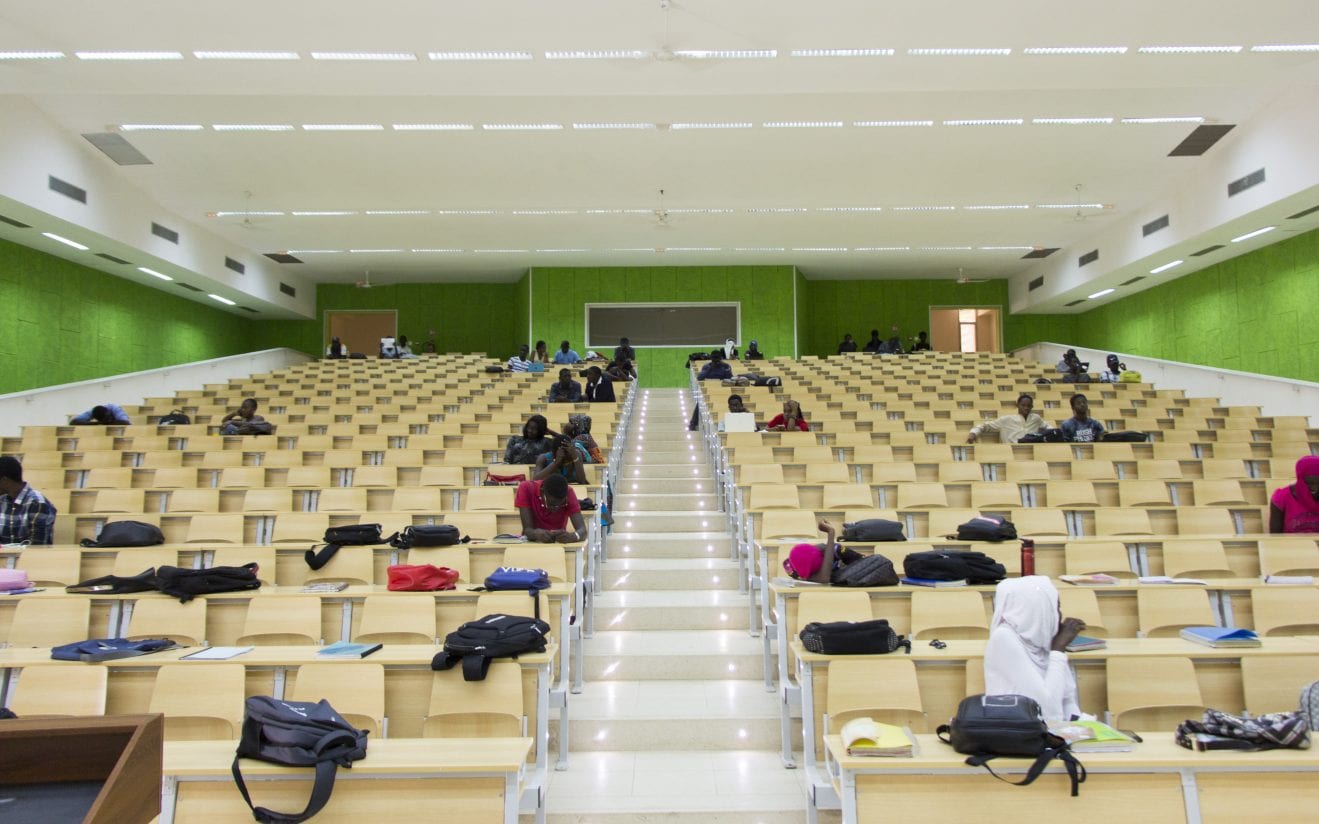 The extension structure comprised of a 500-seat lecture hall, five 50-student classrooms, eight 100-student classrooms, three laboratories, ten lecturers’ offices, and two meeting rooms. It was the architects’ choice to combine all of these into a single mass with an identity and presence worthy of its university status – unlike the campus’s pre-existing small, scattered blocks. Although the single storey, its slanting roof soars to almost 10m on the north side. Its south side is distinguished by a lattice screen running the full 203m of its length, made of perforated breezeblocks manufactured on-site by local masons. At the east end, a sweeping entrance ramp and outdoor stair create a connection with the rest of the campus. The lattice wall – echoing similar, smaller features on local buildings – is one of the strategies for passive cooling in a location where temperatures can exceed 40°C. A broad corridor separates this from the accommodation behind, which is arranged into five sub-units with staircases in the voids between them. Their standard post-and-beam concrete construction is organized on a 3.6m structural grid, facilitating onsite prefabrication. Each sub-unit has an insulated roof; while the heat-reflective metal outer roof runs the whole length of the building mass and extends out to form a giant loggia to the north, drawing hot air up and away. This loggia is supported by thin metal columns of a varying three-branched form, recalling the solitary trees in whose shade locals commonly gather. Other ecologically minded measures include a series of stone-lined basins filled with gravel and vegetation, where both rainwater from the roof and filtered wastewater are directed. By employing locally familiar construction techniques and following sustainability principles, the project succeeded in keeping costs and maintenance demands to a minimum, while still making a bold architectural statement.

RELATED  The Box House in Calicut 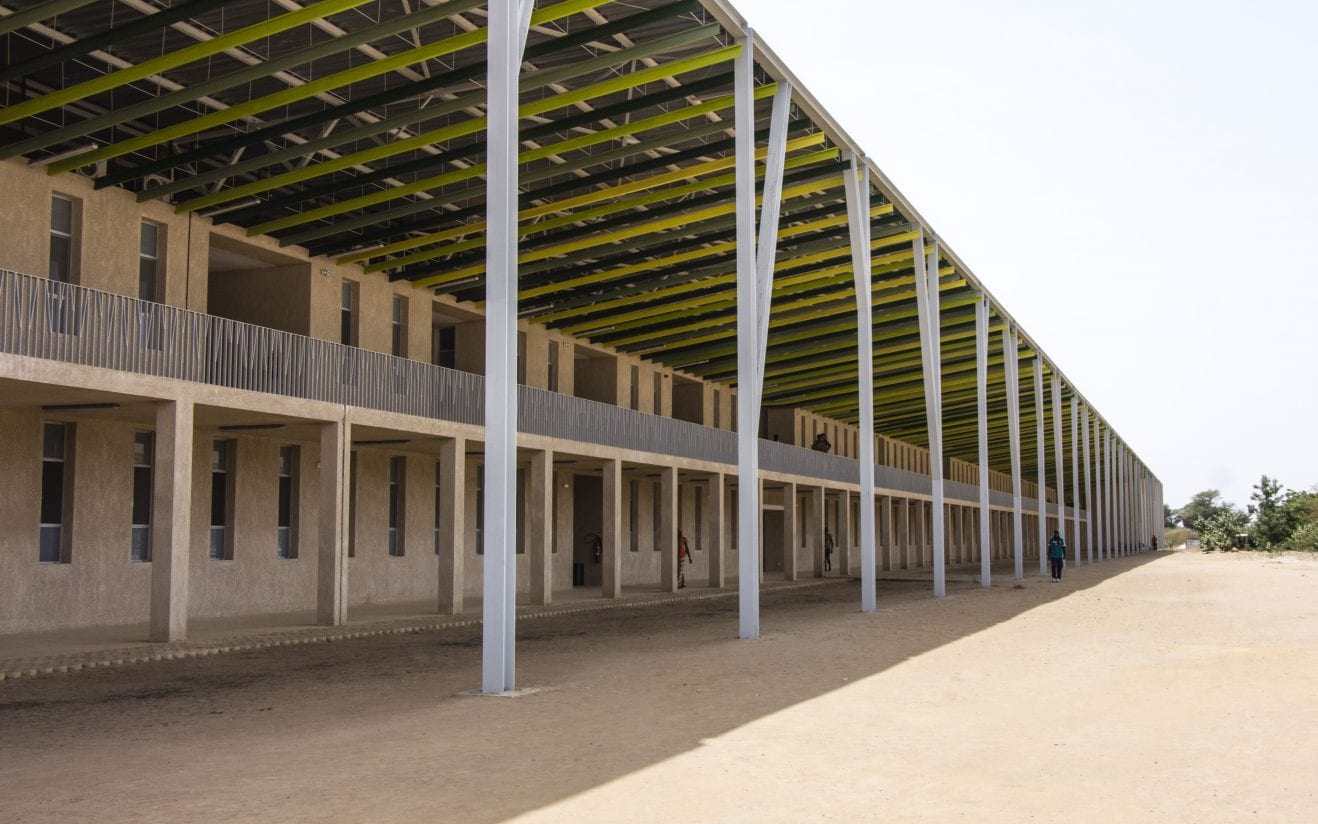 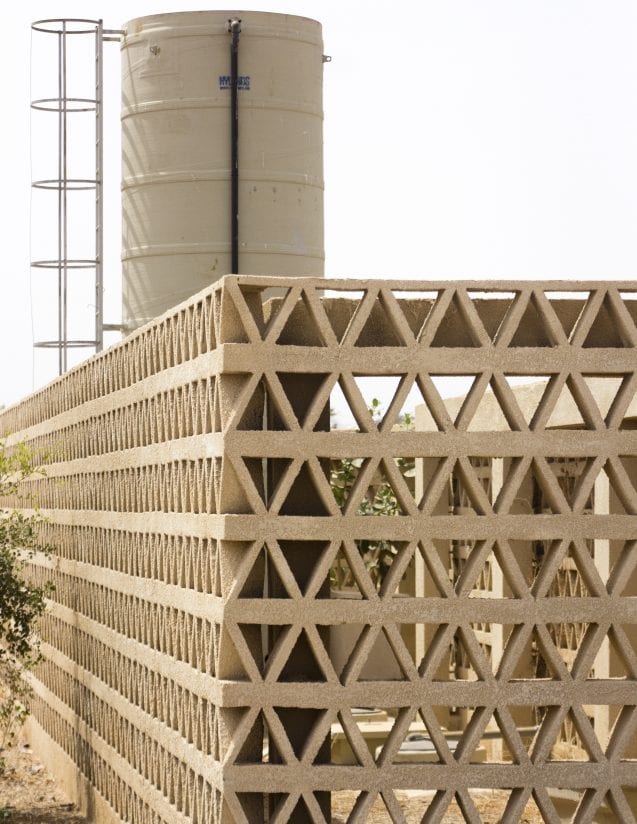 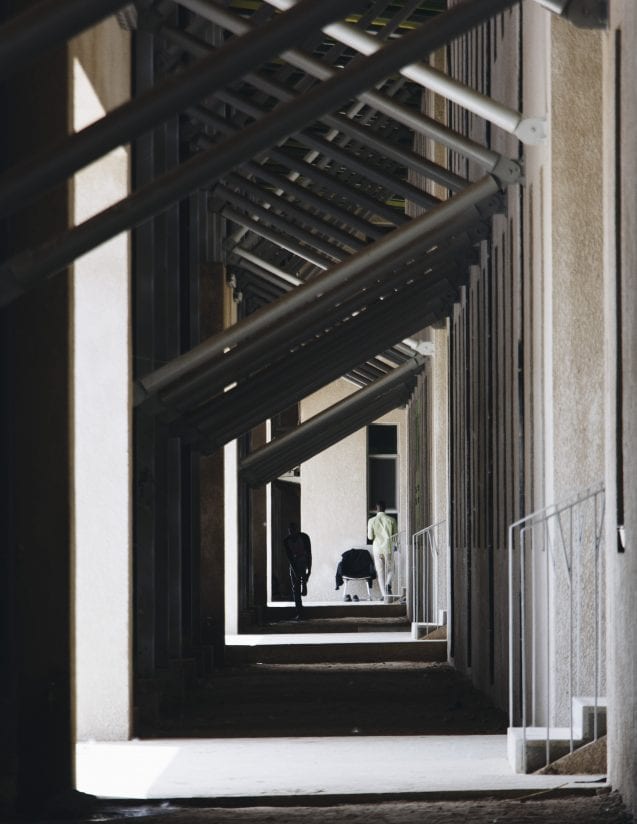 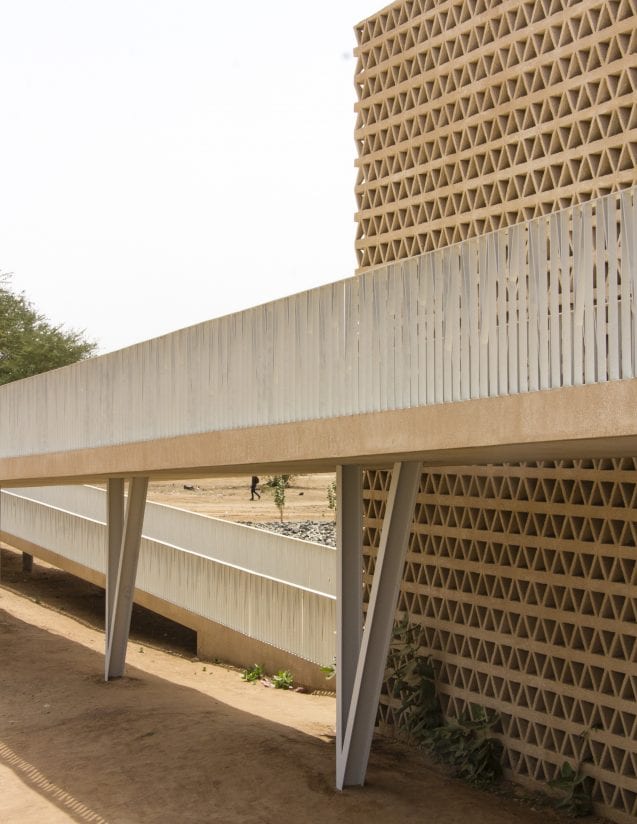 Alioune Diop University Lecture Building represents a commendable example of how fundamental principles of sustainability and energy efficiency are translated into a well-integrated and elegant design that also has a low impact on its surroundings. These principles, which were utilized early in the concept’s development, were guided by information about specific climate data needed to optimize the skin of the building. They also included energy use, material depletion, and water pollution. Layering, water management and the use of construction technology and materials were also incorporated in the design. 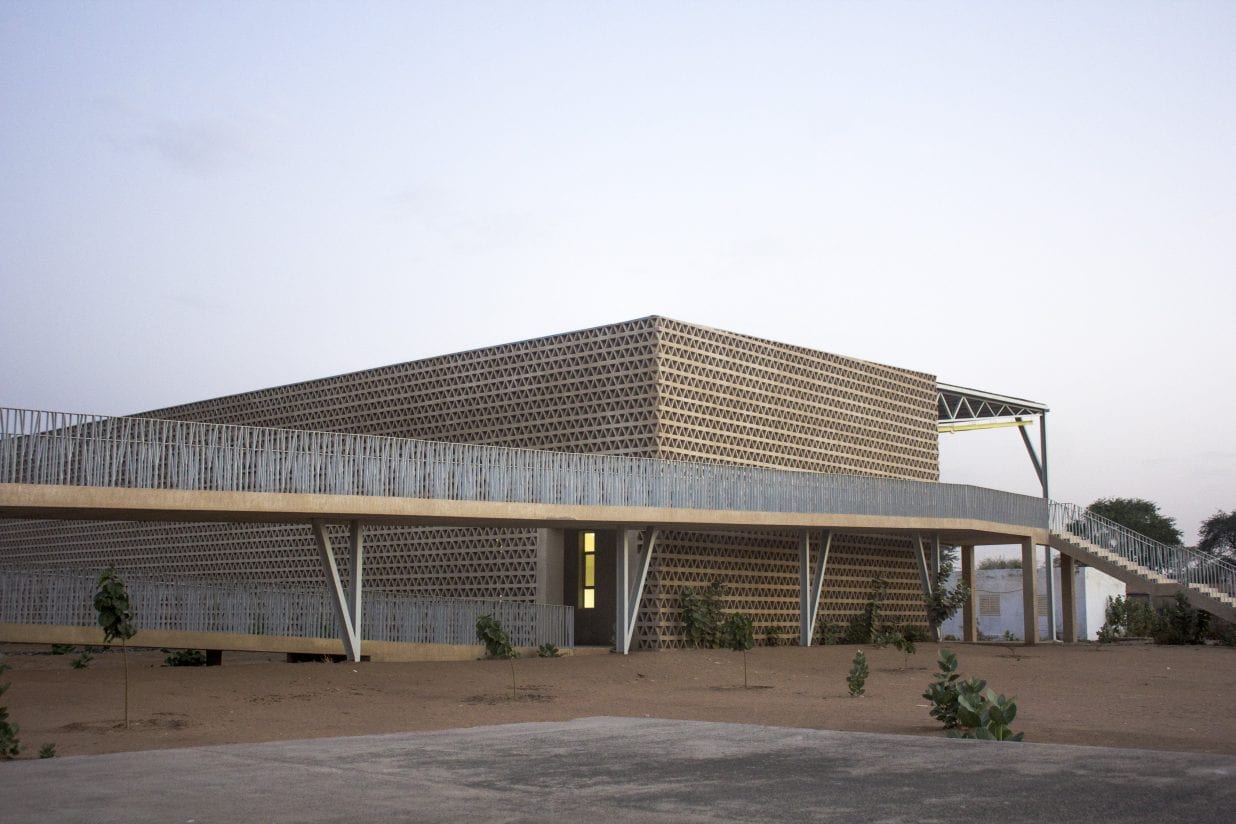 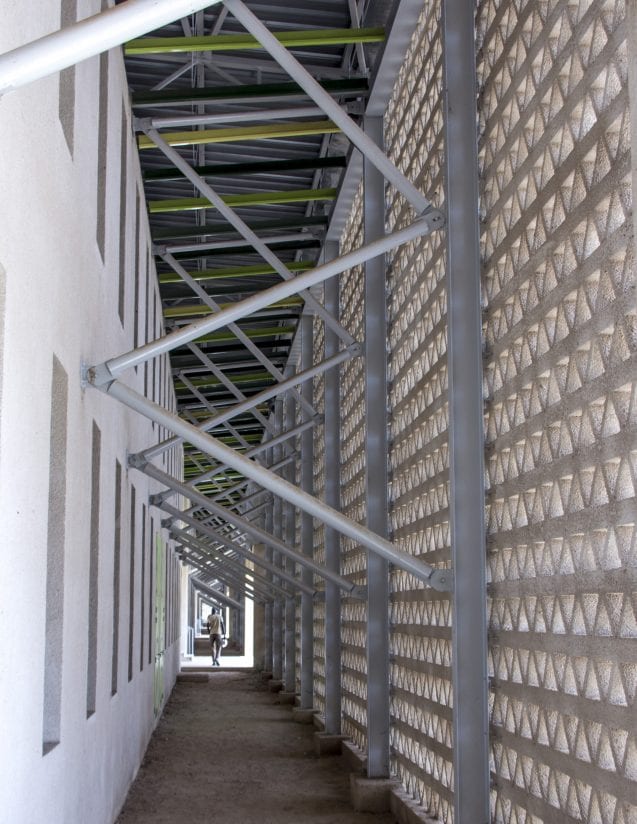 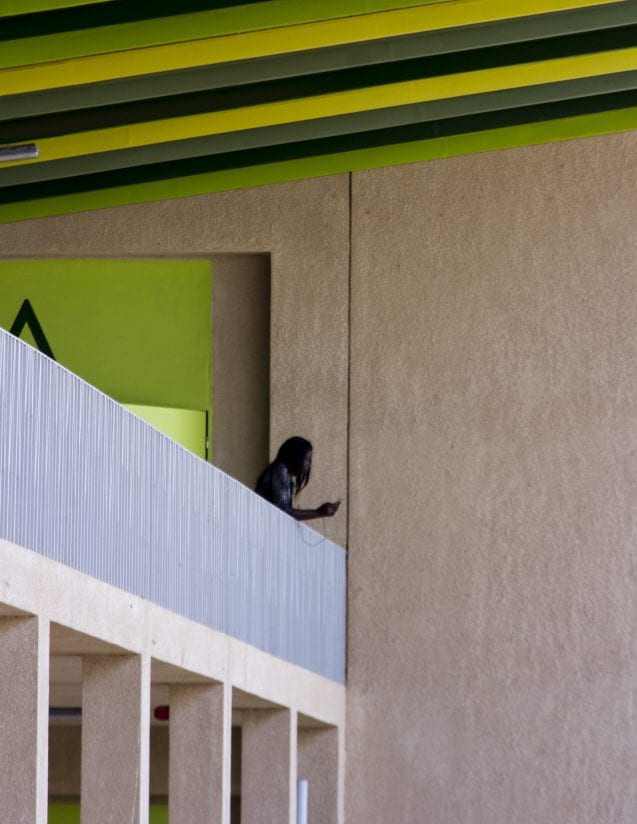 The organization of the building is structured around a generous shaded space on the north side of the building, allowing for social interaction and a well-organized linear circulation. Building elements have multiple functions.

Comfort, energy use and the building’s overall environmental legacy are well represented in this project. The construction technology also allowed for repetition and possible use in other buildings. The sustainability principles and processes utilized have the potential to serve as a model for implementing the environmentally-conscious design. 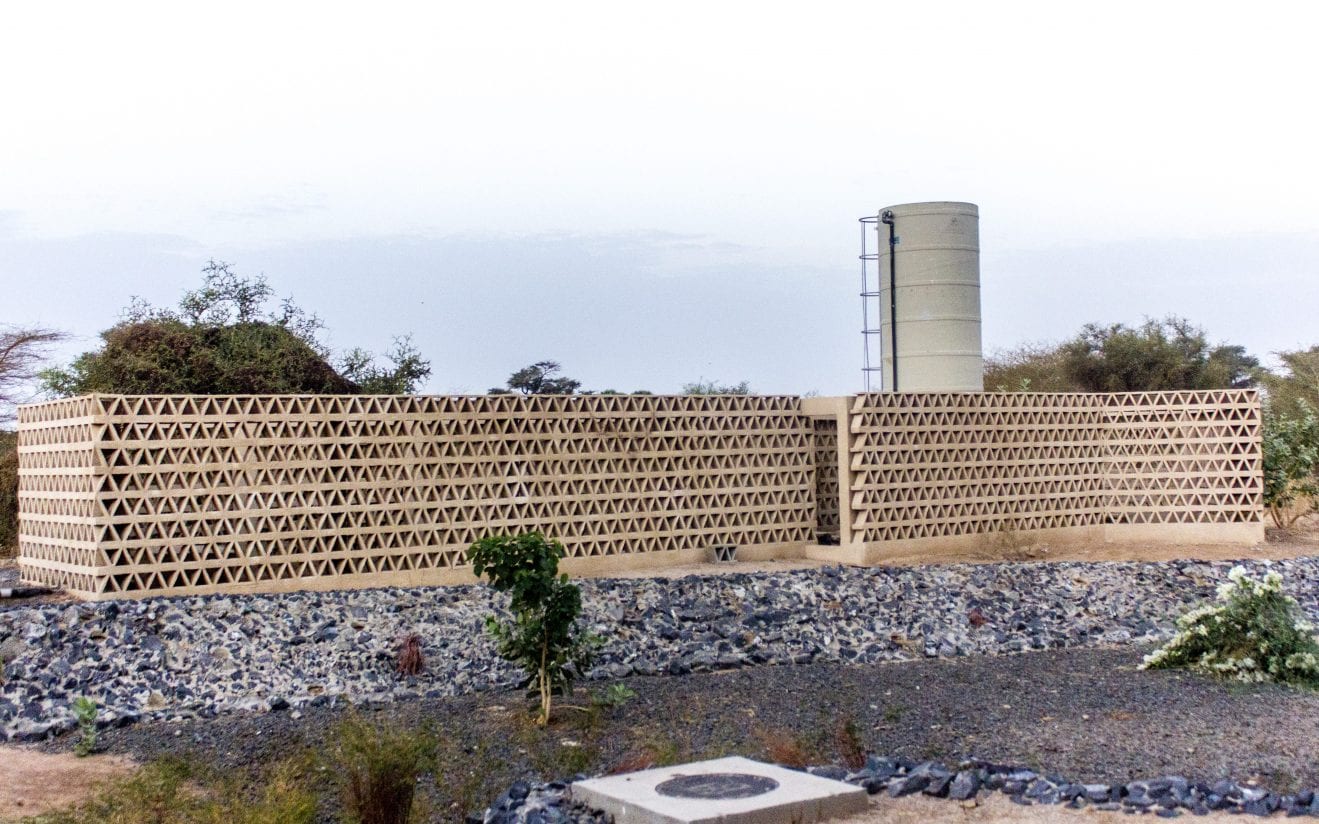 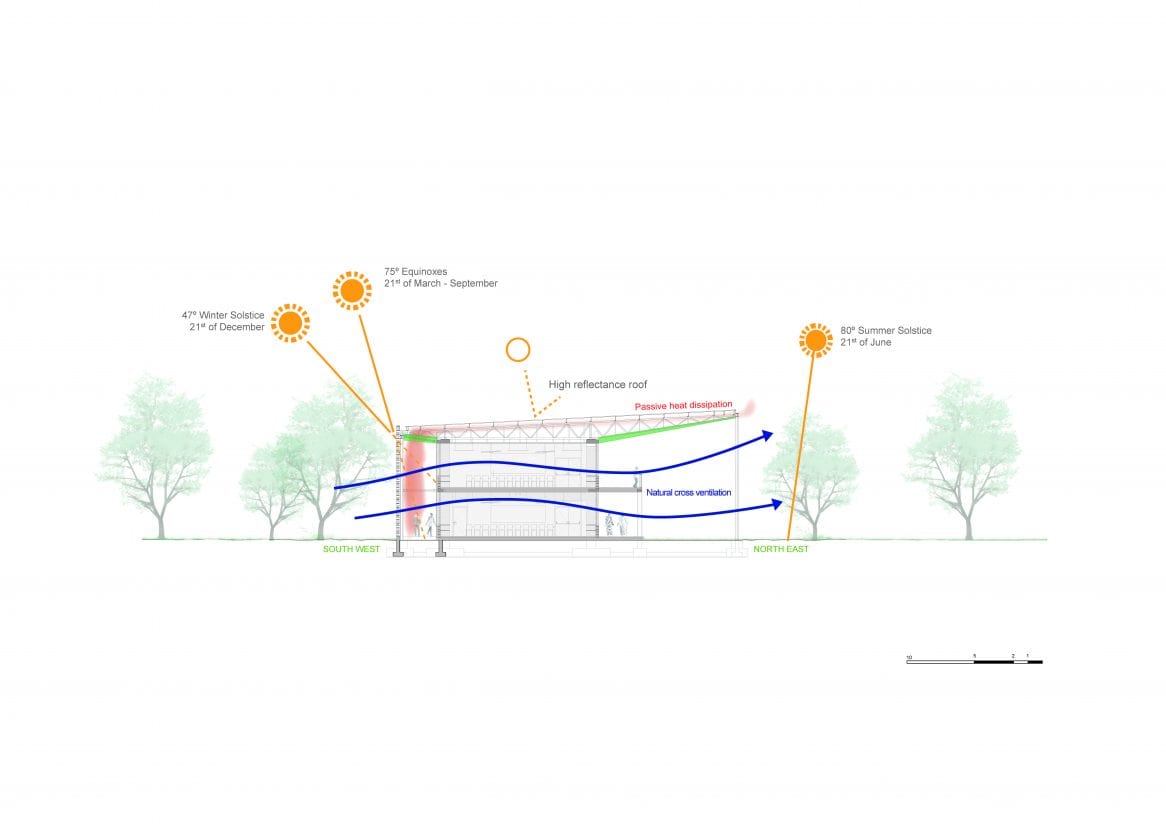 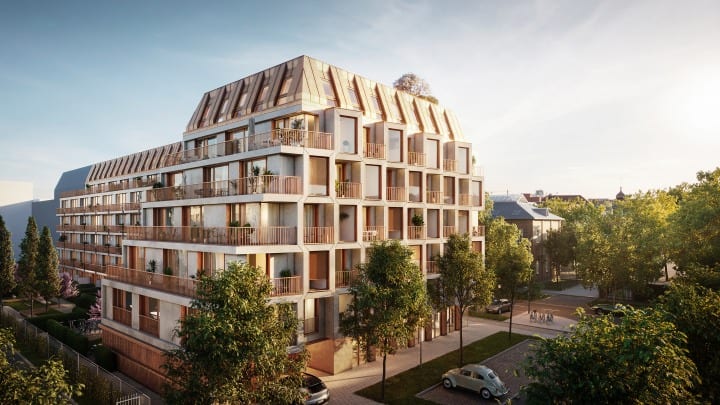 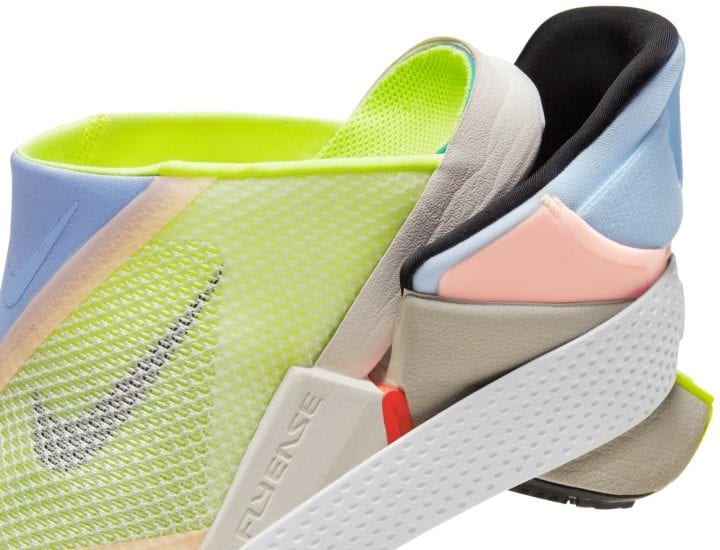 Nike Just Did It