An Ethereal Skin Defines the New Camerino Academy of Music

Alvisi Kirimoto not only returns the local Academy of Music to Camerino but also gives the university city a new architectural identity with an afaçade that is inspired by the clouds.

Alvisi Kirimoto, an international practice based in Italy known for its sartorial approach to design, has delivered the new Academy of Music to Camerino, completing the project initiated by the young Harcome studio, giving the structure a significant contemporary look. Carried out in compliance with the scheduled timing of only 150 working days, the reconstruction ranks as the third post-2016 earthquake intervention in central Italy, promoted by the Andrea Bocelli Foundation to revive the Marche area, one of the most affected by earthquake events.

“The beauty of this project is that it is the result of a choral creative process, which saw us collaborate with the young architect Andrea Gianfelici (Harcome), the Andrea Bocelli Foundation, and the local community, to create a unique project. The idea that guided the design was to create a volume that amazed, not only up close, but also from afar. The skin, impalpable, is inspired by the material of the clouds and gives a broad look towards the sky from the inside. The auditorium, on the other hand, is a perfect box, which works energetically as a music laboratory,” says architect Massimo Alvisi.

With clean and elegant lines, the building, which is spread over two levels for a total of 700 square meters, stands out for its ethereal skin in white sheet metal panels with perforations of varying size. Inspired by the rarefaction and dynamism of clouds, the inclined volume, lying on the slope of the ground and on a glass curtain marked by grey pillars, dissolves into the context.

The north façade, visible from the street and from the upper garden, presents the volume as a box, with the panels suspended a few tens of centimeters from the ground. The two side elevations, on the other hand, show the inclination and slope of the land. To the south, the skin that envelops the volume is interrupted, revealing the glazed ground floor behind which the auditorium, overlooking the historic center of Camerino, is hidden. The dichromatism of the façade, offered by the dark grey of the external structure, the fixtures, and the white of the sheet metal cladding, outlines a graceful but resolute volume, perfectly integrated into the context and at the same time iconic in the city skyline. A shady garden and the lower square constitute new open spaces available to the whole community.

Inside, the building houses an auditorium of 226 square meters in its basement, while the upper floor hosts an office and nine classrooms, for music.

The interior design of the auditorium, aimed at enhancing the space despite its modest size, is characterized by the dynamic use of materials. On the one hand, the oak wood of the multiple surfaces and elements that make up the room, such as the suspended panels with different inclinations, circular strips, panels that emerge from the sidewall, and a backdrop entirely covered with wood and the central stage with its rotating panels. On the other, concrete, which defines the main surfaces that forge the structure, from the stoneware floor to the back wall towards the foyer, and from the exposed upper floor to the structural elements. The 180-seat stalls spread over three sectors, while in the lateral area, the artists’ path is inserted between the wooden wall panels and the full-height strips, which, like the pipes of an organ, bring rhythm to space, alternating between full and empty.

The back wall, entirely transparent, connects the auditorium directly with the foyer, expanding the perception of space.

In the foyer, rectangular wooden slats stand out from the back wall to the false ceiling, which slopes towards the entrance façade, following the tension defined by the position of the volume created by the external white skin. 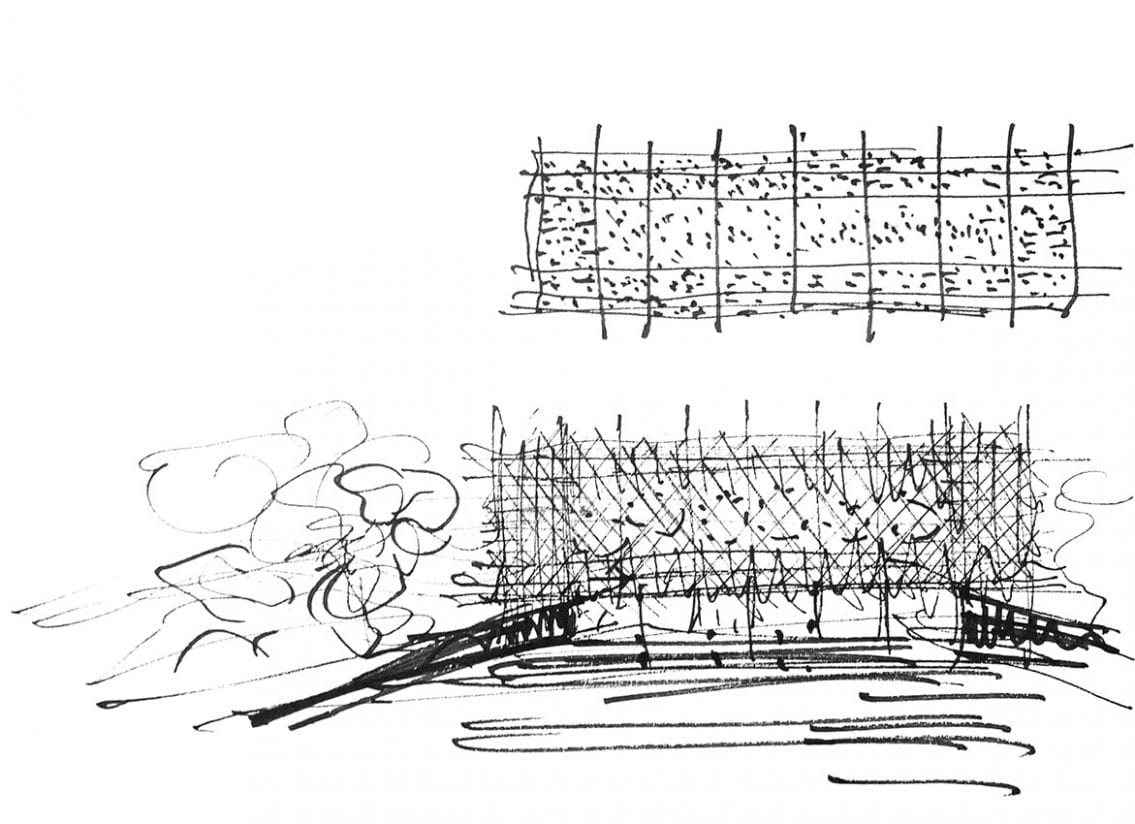 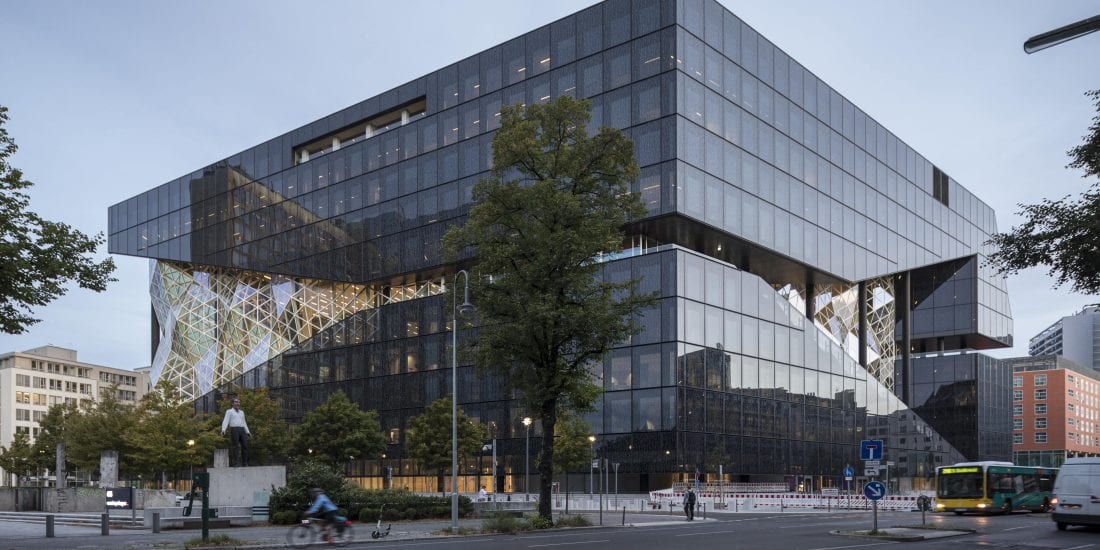 New Campus of Axel Springer with an Open Core 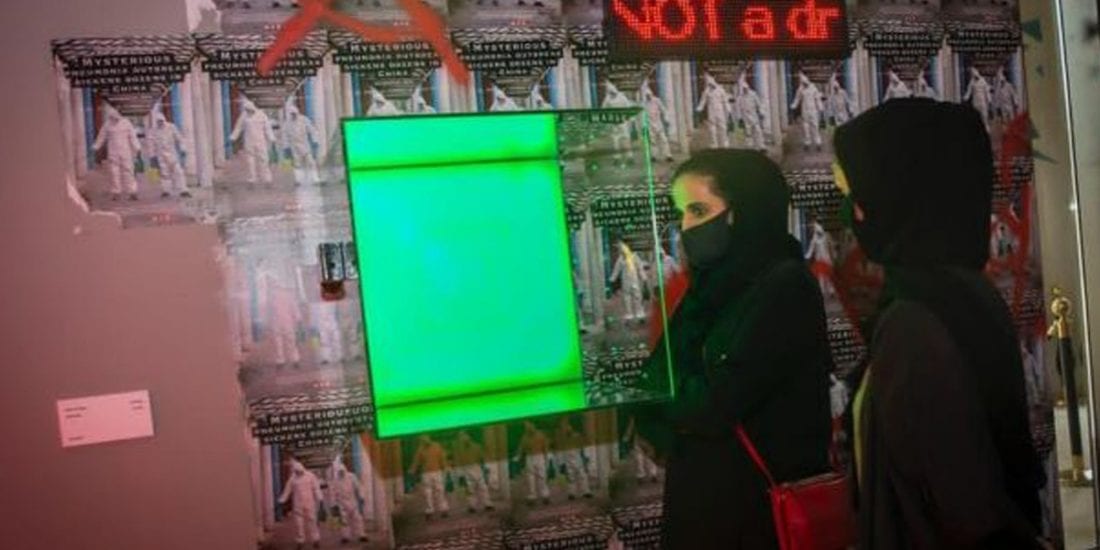 The Outbreak in Art 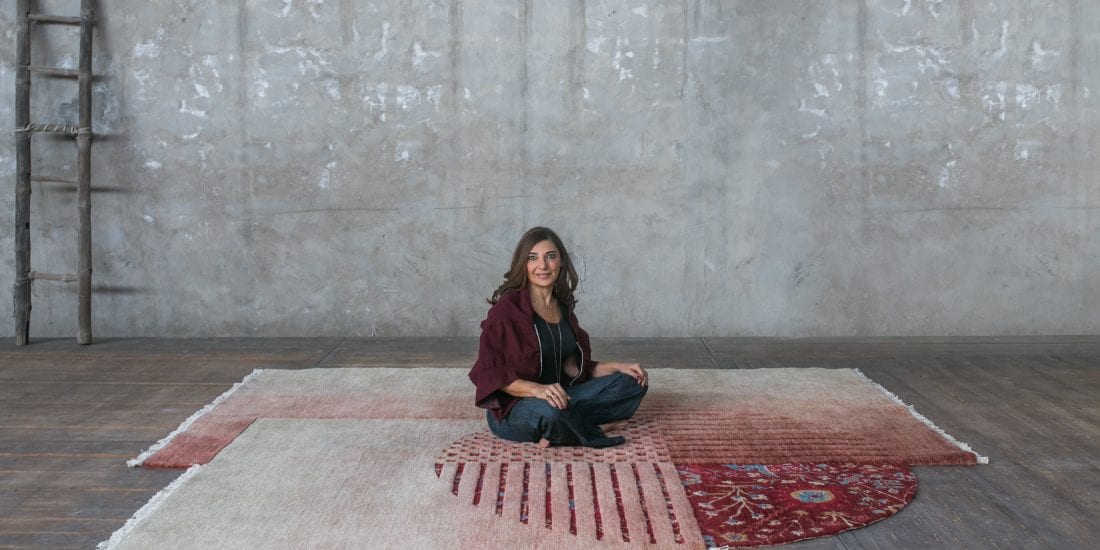