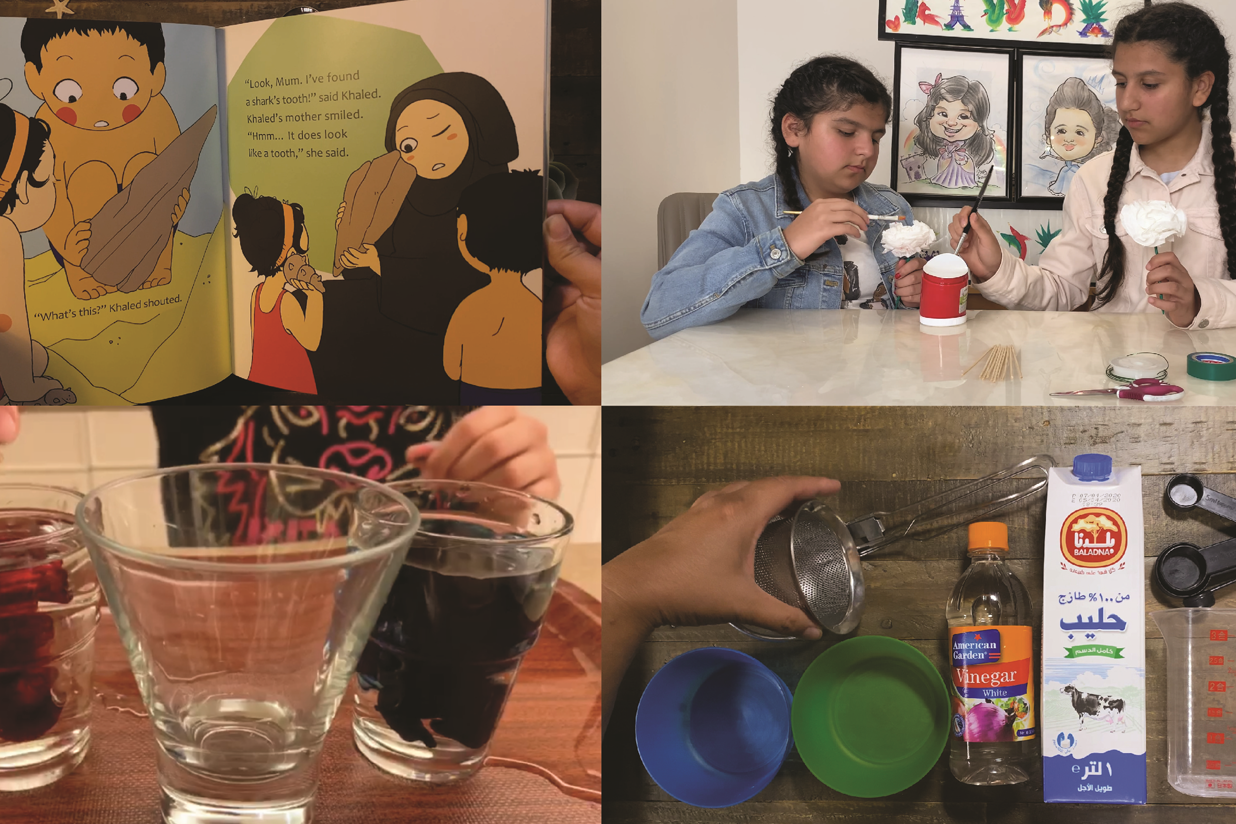 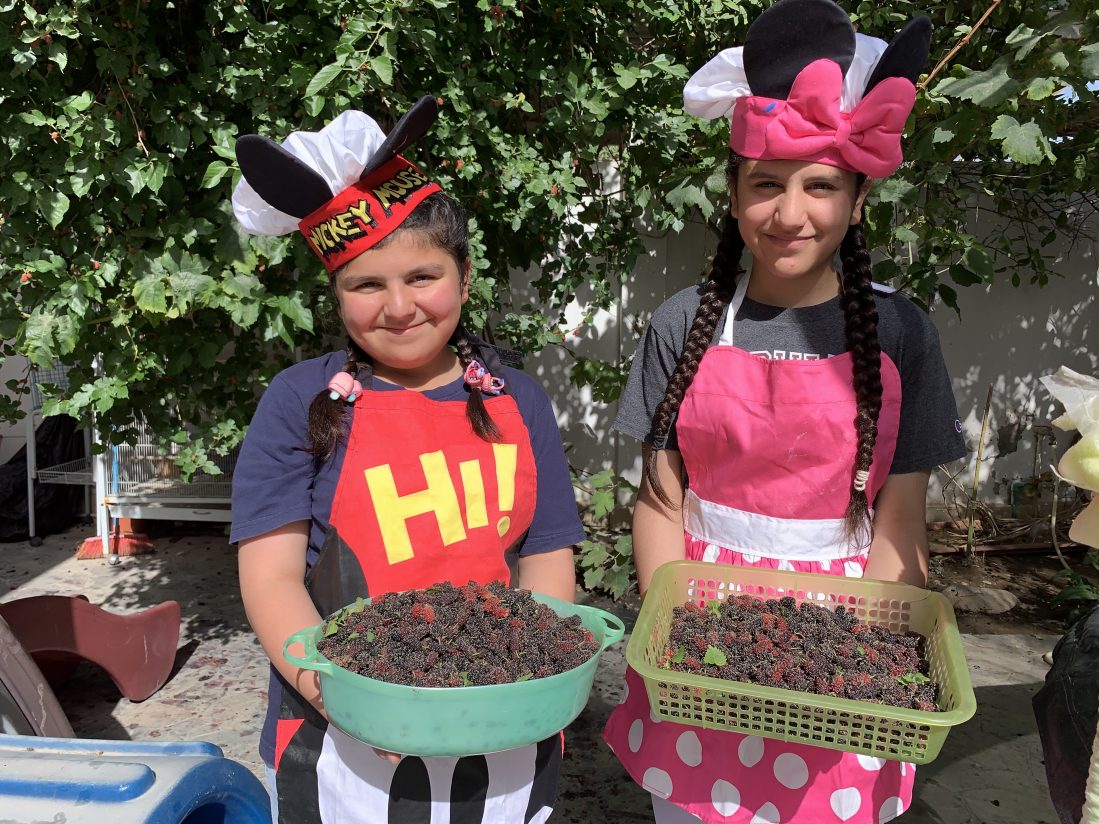 Qatar Museums was among the first museum in the region to shut its doors in tandem with the country’s swift and prompt response to the pandemic, and it was also among the first in the region in making itself available for public viewing through Google Art and Culture App. While the museum experience within the National Museum of Qatar is unparalleled in its aesthetics with the building adding to the magic of it, few of the collections, are available to view within Google’s Art and Culture App. The Museum of Islamic Arts meanwhile gets a more detailed insight within this App. You can even get the feel of the beautiful I.M.Pei structure with its 360 degrees view in the Google App.

Qatar Museums has also announced a digital initiative that offers a new resource for families during the COVID-19 pandemic. The Qatar Children’s Museum (QCM) even before it is built, is now being developed by Qatar Museums (QM), and will be hosting daily workshops on its Instagram account that families can participate in using everyday materials found in their home.  The sessions invite families in Qatar to incorporate playing and learning in their daily weekday routine and engage with the museum’s staff who will be present to facilitate the sessions live.

The content is suitable for both Arabic and English-speaking audiences and is being launched before QCM even begins construction, to aid families that are sheltering at home during the ongoing COVID-19 pandemic. In response to the challenge that families are facing during the pandemic, the museum which had already opened its learning an community outreach programme has shifted its work online but plans to provide the same warmth and support that audiences have come to expect from the museum.

QCM will be sharing an activity video starting from April 5 at 3 pm, Sundays to Thursdays, designed to encourage all family members to get involved. During the live 1-hour workshops, QCM’s staff opens the door for virtual audience participation and will be on hand to answer questions, make suggestions and curate an exchange of ideas between families. The team will also invite families to share their creative explorations, which could be featured on the museum’s Instagram page. 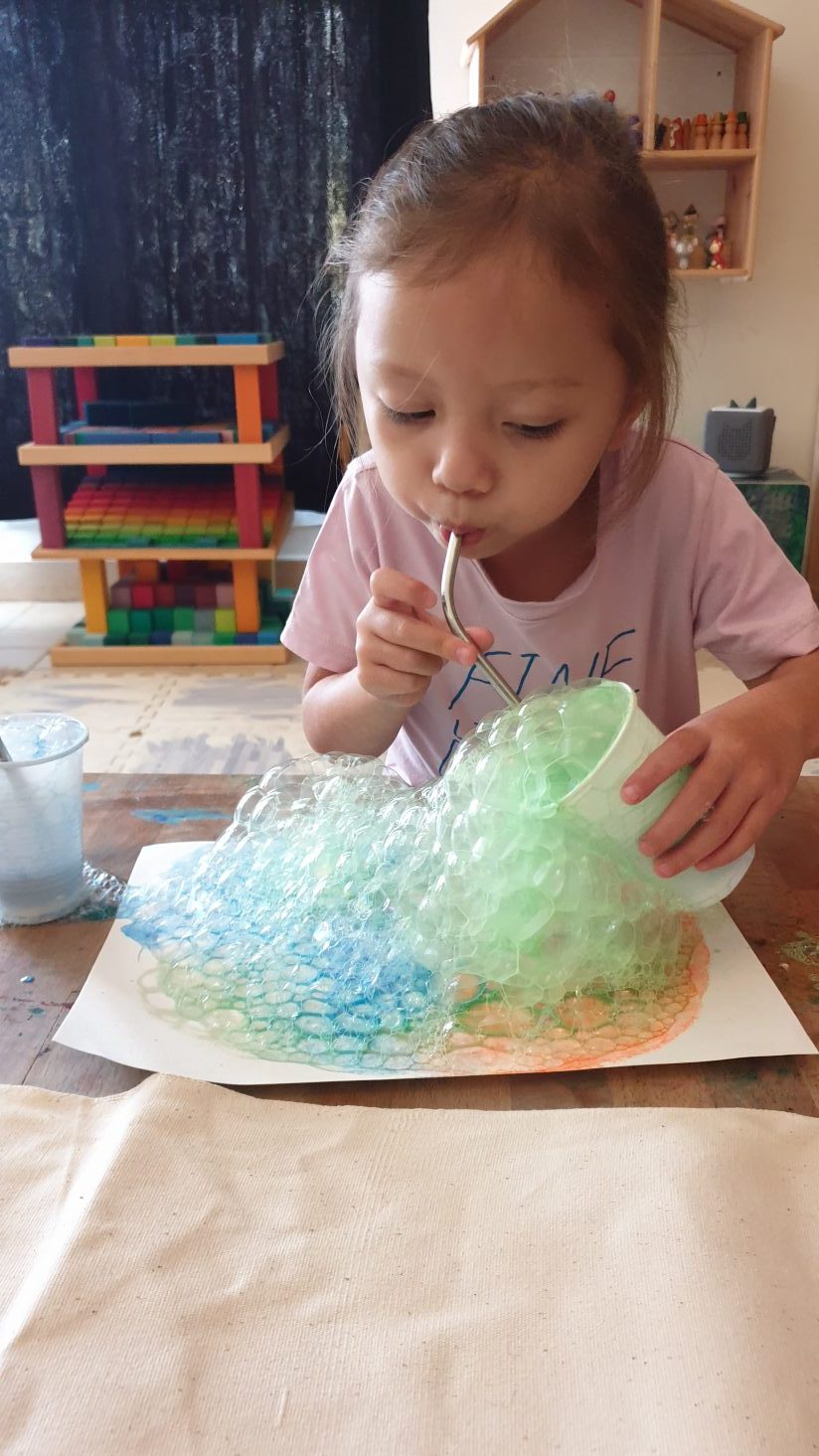 QCM will share instructions and lists of materials required on their Instagram account (@ChildrensMuseum.QA) prior to each activity, so families and their children can prepare in advance.

Getty Museum meanwhile issued a playful challenge on Twitter, Facebook, and Instagram to re-create their followers’ favorite art using just three objects lying around the home. The responses came pouring from around the world and the results were hilarious, creative and awe-inspiring all at once. 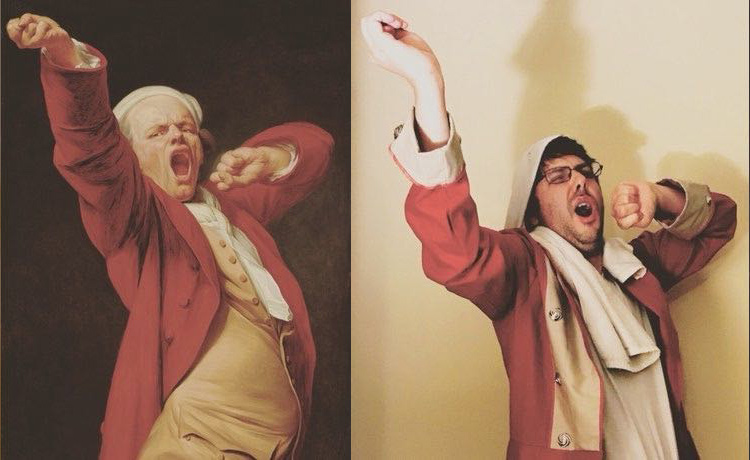 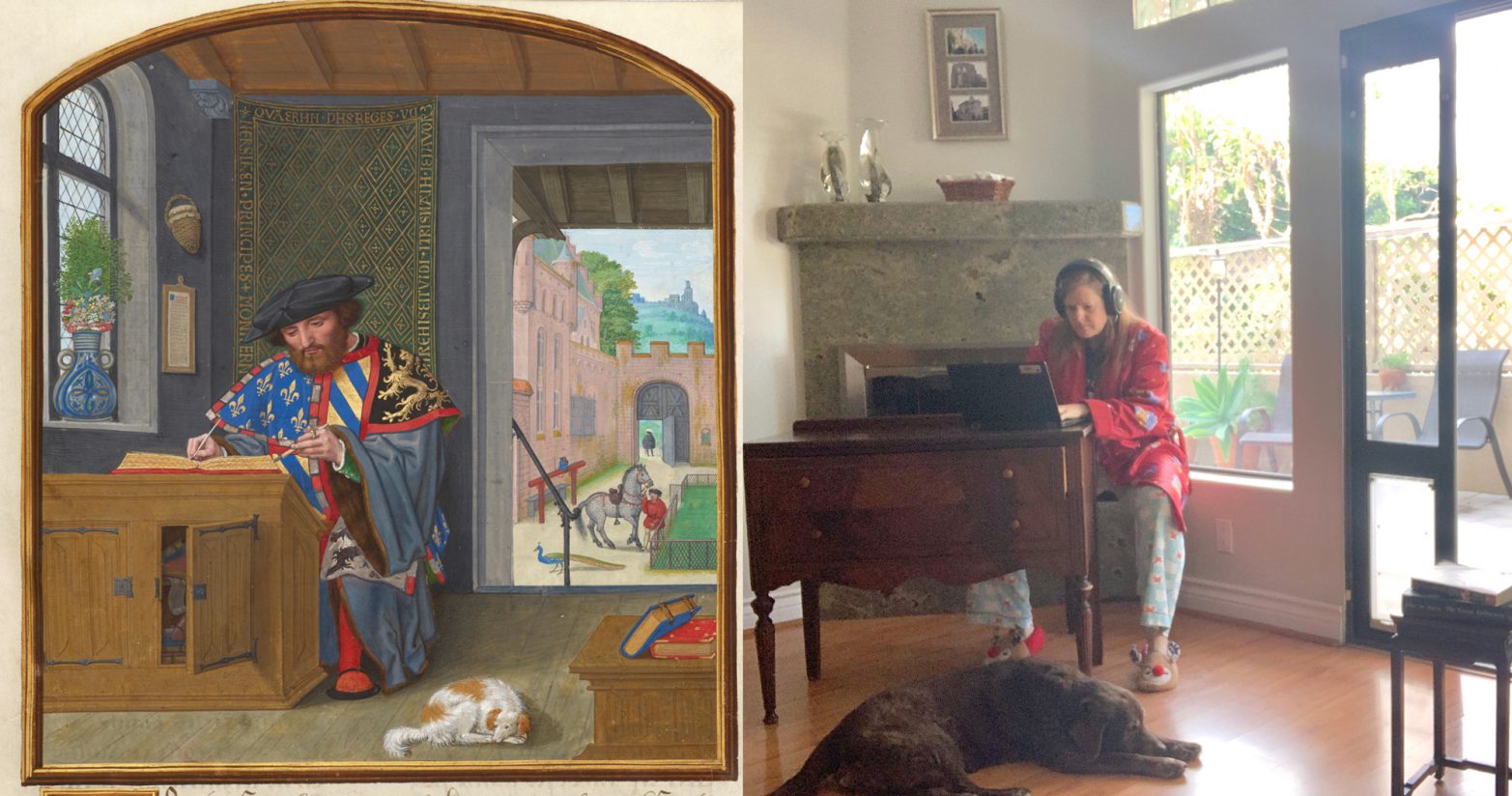 Recreating The King of Arms of the Order of the Golden Fleece Writing about Jacques de Lalaing through Twitter is another entry that captures the details down to the dog lying on the floor.

“In the last few days, we’ve been delighted by countless creative interpretations of iconic artworks—both on our feed and across the web. You’ve re-created Jeff Koons using a pile of socks, restaged Jacques-Louis David with a fleece blanket and duct tape, and MacGyvered costumes out of towels, pillows, scarves, shower caps, coffee filters, bubble wrap, and—of course—toilet paper and toilet rolls.Cézanne and Vermeer have been a popular source of inspiration, especially Still Life with Apples (done to perfection with household pottery and gin) and Girl with a Pearl Earring (restaged with selfies and grandma, pug, or lab). Grant Wood’s American Gothic seems to capture the current socially distant mood, while Munch’s The Scream is appropriate for all ages and apparently tastes good on toast,” said the Getty team as they thanked all the participants. 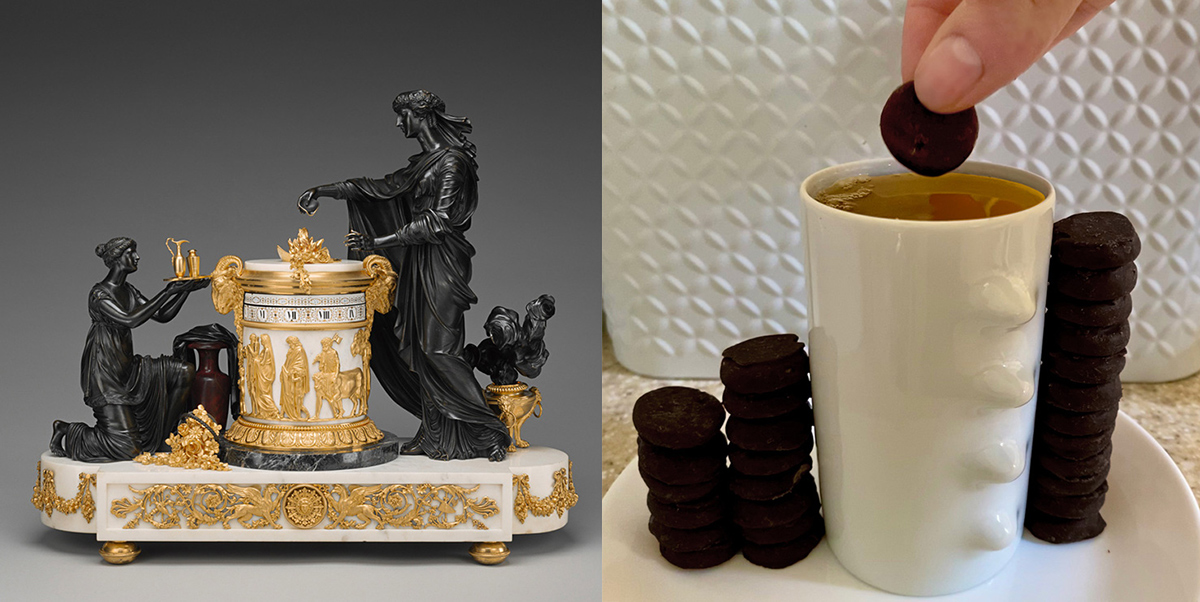 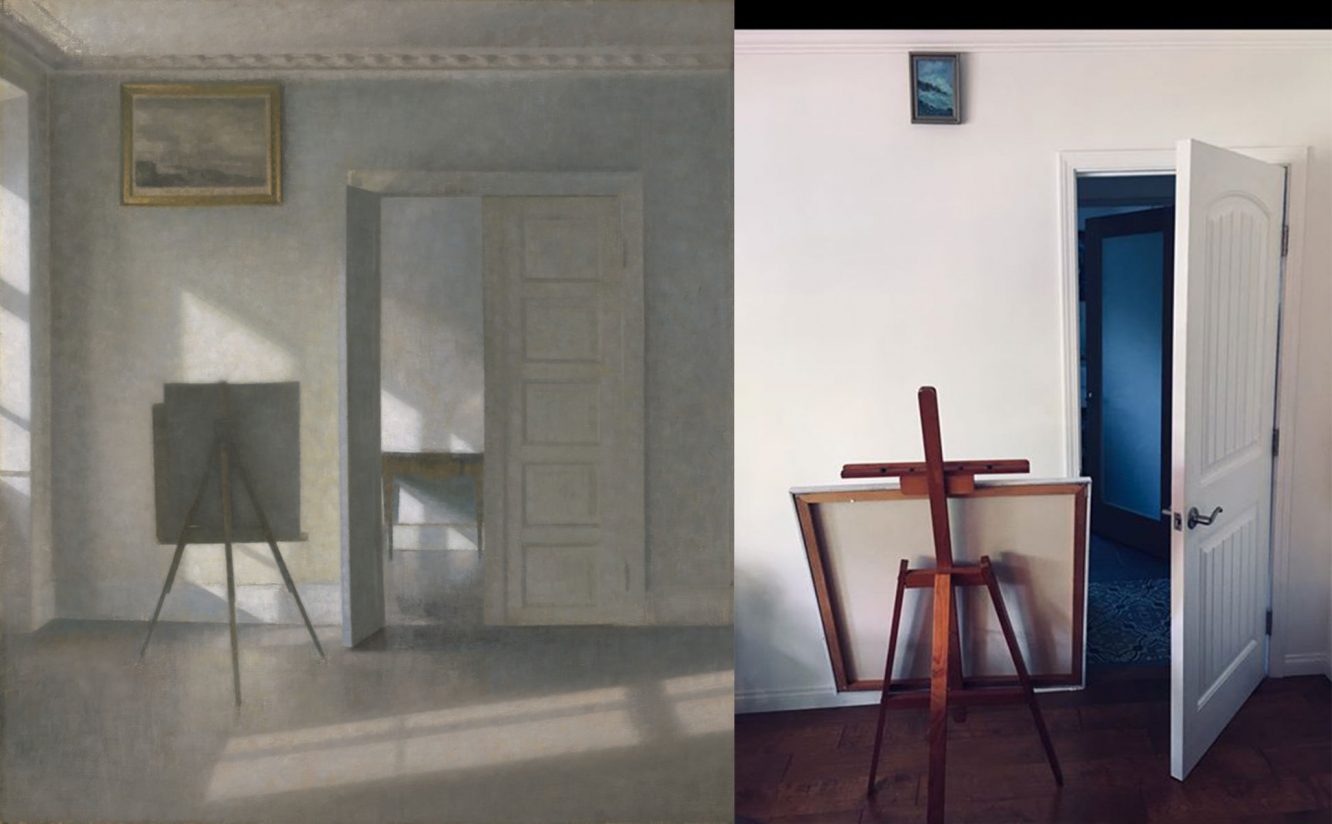 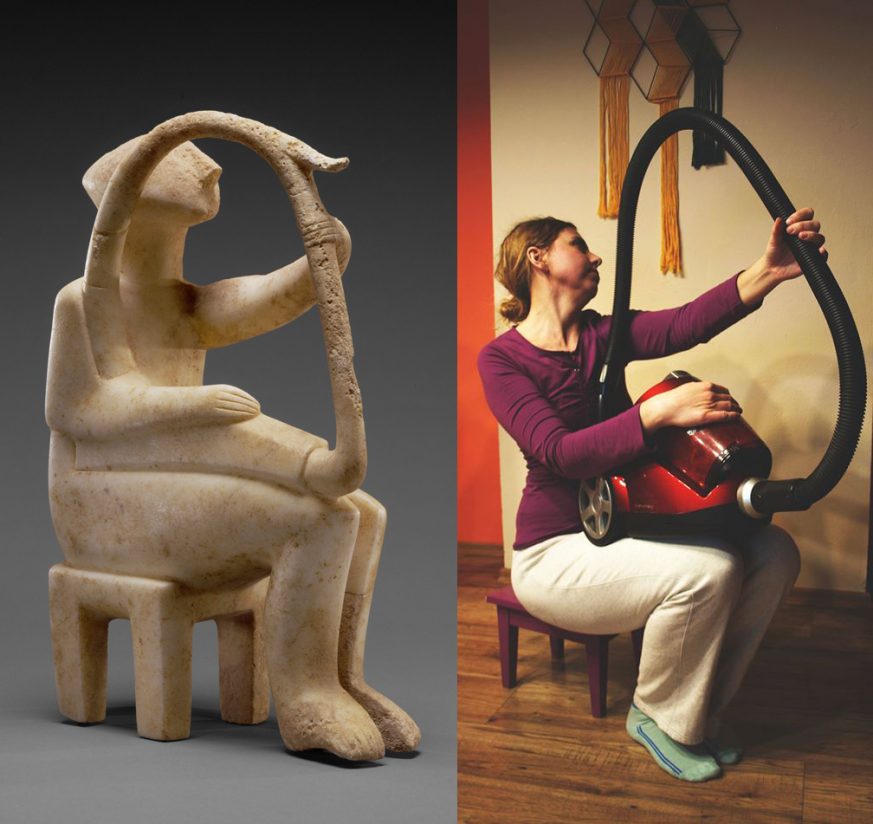 The hilarious take on Male Harp Player 2700–2300 B.CFacebook DM by Irena Ochódzka transforming an ancient harp player with a vacuum cleaner “was the first thing that came to mind when I was looking at your collection,” says Irena Irena Ochódzka, who posed herself into this amazing sculptural recreation. “It seemed like a good idea to combine a more seriously inspired harpist pose with something as mundane as a vacuum cleaner.”

Lot and His Daughters, from J. Paul Getty Museum, was recreation on Twitter by Qie Zhang, Erik Carlsson, and their daughters. This Baroque masterpiece “was the first painting that stood out to me [in the Getty collections] and I thought we could do it pretty easily,” said Qie Zhang of this family project.

“Her husband’s pose also made us laugh with its allusion to parental exhaustion,” says the Getty team. 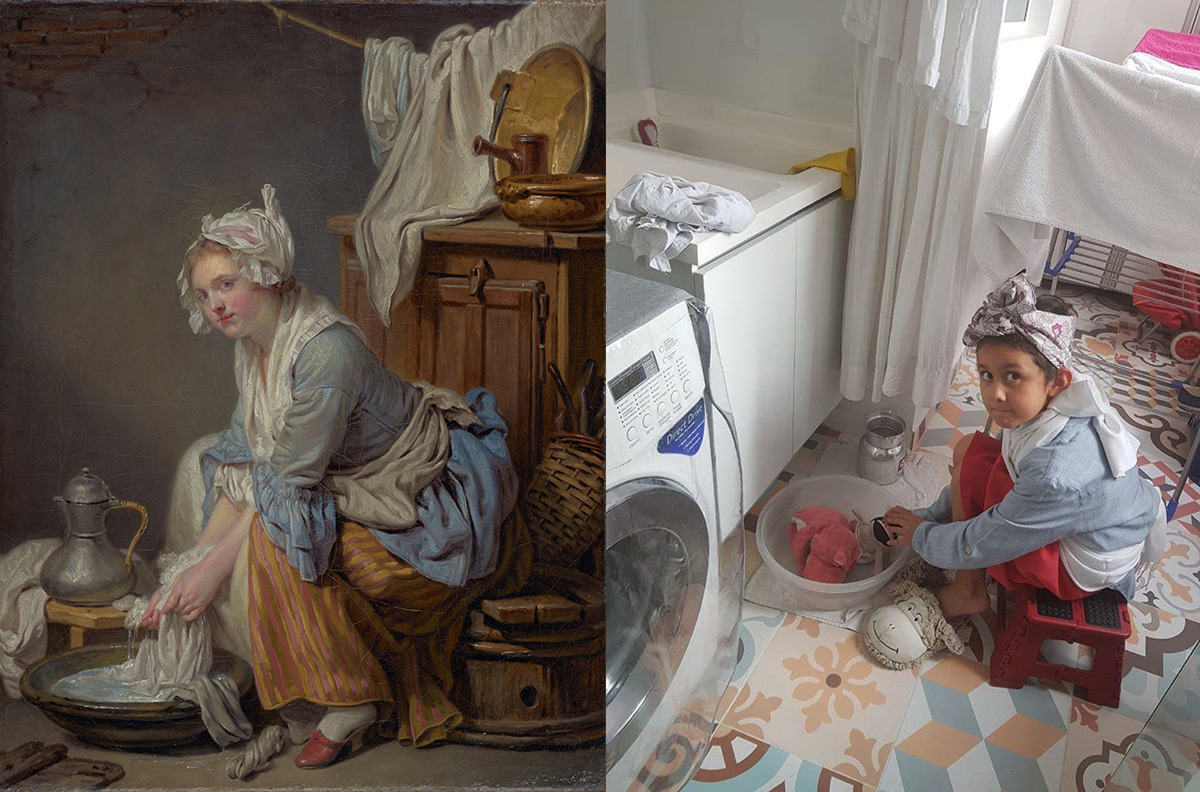 The Laundress (La Blanchisseuse), 1761, Jean-Baptiste Greuze. Oil on canvas, 16 x 13 in. The J. Paul Getty Museum, 83.PA.387. Re-creation on Instagram by Elizabeth Ariza and family in the modern-day laundry room

But this one takes the cake, for the recreation of the Laundress (La Blanchisseuse), 1761, Jean-Baptiste Greuze. Oil on canvas, 16 x 13 in by Elizabeth Ariza and family in a bath room.

She says, “my daughter and I are searching for paintings to recreate, and in this case, we really loved the composition. She loves to dress-up and act; she’s a natural actress.” The final product is perfection.