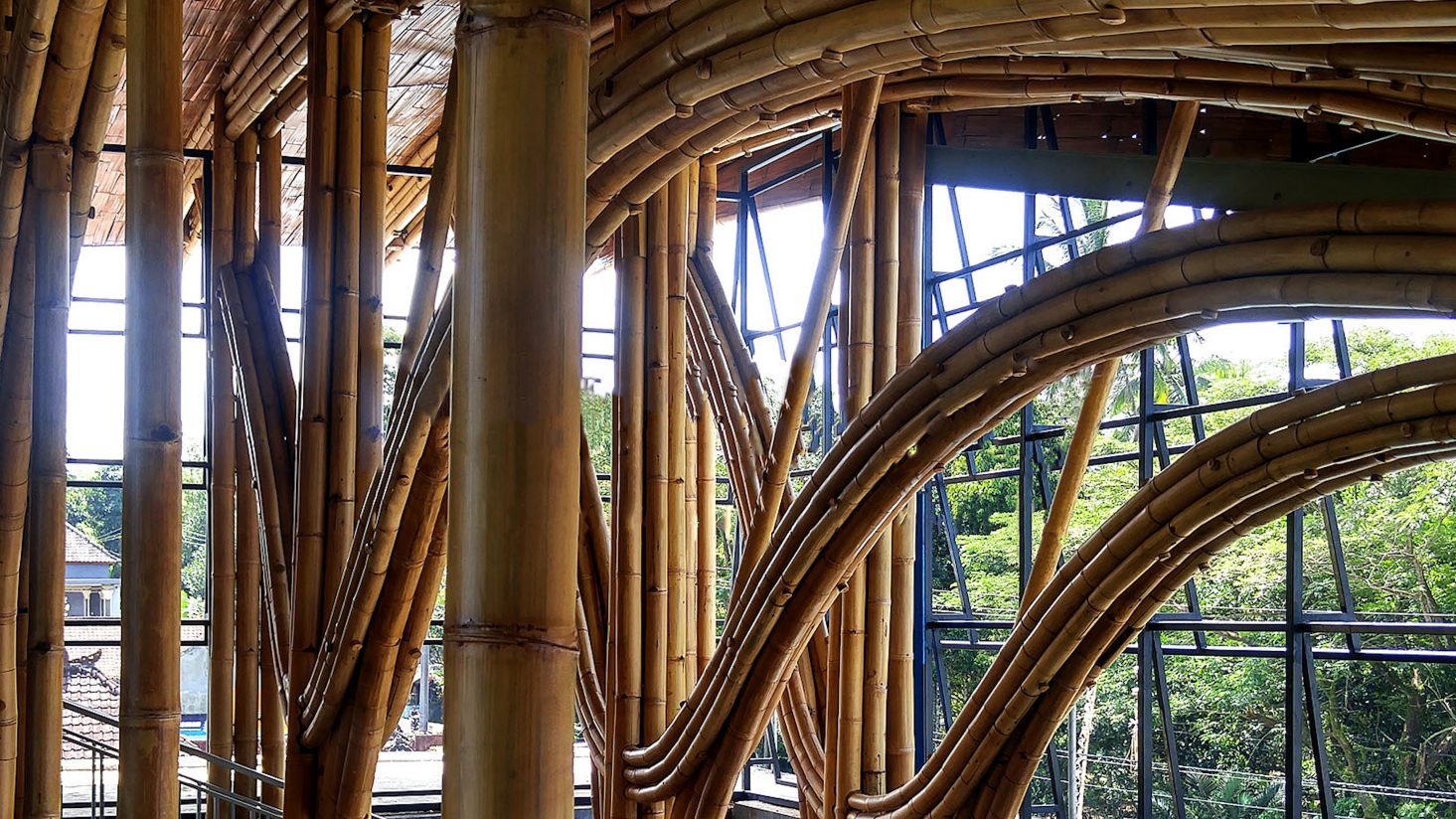 Bamboo, the Material of the Future?

A design enthusiast and architect, Dr. Johan Granberg, Associate Professor at Virginia Commonwealth University Qatar, delves into bamboo, one of the most traditionally used material, with immense potential as a building material that seems to have been overlooked by modern architecture. By Sindhu Nair 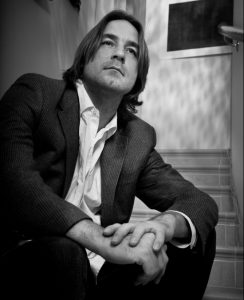 The learning from making the movie is the lack of knowledge regarding the benefits of bamboo. There is a lack of communication—bamboo has a very soft voice in comparison to, for example, concrete and steel.

Dr. Johan Granberg calls himself a true world citizen of design. He works as an associate professor at VCU Qatar while running an architectural practice under his own name J. Granberg Design that has executed a number of projects ranging from furniture design, exhibit design, and graphic design to architecture and urban design.

Johan is currently passionately obsessed with an age-old building material that he feels is not getting its due importance in the construction industry. To further his interest in this key material, he filmed a documentary on it called Bamboo—the Tradition of the Future that educates us about this material and surveys the uses of bamboo in contemporary architecture. The documentary he has produced shows the opportunities for using bamboo in modern design, but also the challenges the material faces.

“Bamboo is a malleable and versatile grass with a long history and rich tradition, exceptional structural and sustainable properties, a unique aesthetic, and an extraordinary growth rate. Bamboo as a material should be a natural part of the architectural discussions on how to fight man-made climate change and global warming. For such a unique material, why don’t we see more use of it in modern architecture and construction,” asks Dr. Johan.

“The film invites us to meet some of the most interesting ‘bamboo whisperers’ of today: architects and designers who have developed unique and thought-provoking solutions using bamboo as a material for the future,” he says.

We urge our readers to watch the documentary and explore the material for its high carbon sequestration benefits as it is the fastest growing plant on planet earth with a growth of 5 centimeters an hour.

SCALE talks to Johan to know more about the magic construction material that has the tactile strength of steel and the compressive strength of brick and concrete.

SCALE: Why a movie on bamboo? What instigated your interest in the material?

Bamboo is a tremendous material and at the same time, there is little widespread knowledge of what bamboo can do. I first came across bamboo when I lived in Papua New Guinea (2006). Inhabitants in my village would find bamboo and use it in their daily lives; to carry water, to make farm equipment, and build houses. When I asked my students if any of them had built with bamboo, I was surprised to find that about two-thirds of my architecture students said they had direct experience with the material. It was simply a miracle plant. 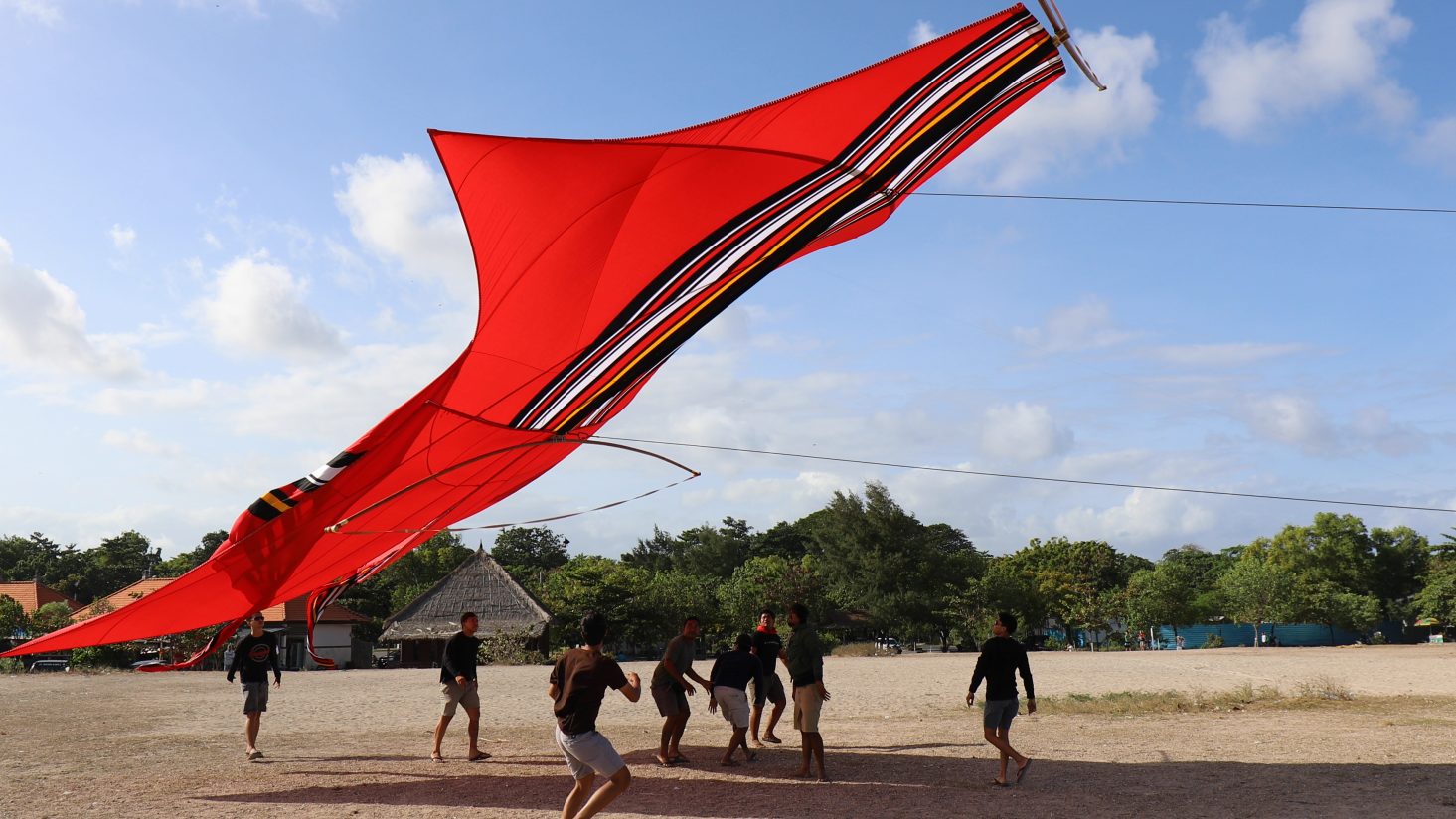 Traditionally bamboo was used as stiffeners in kite making amongst other uses.  Seen  above is a kite flying activity at Sanur Beach, Bali Indonesia (Photo Courtesy Johan Granberg)

SCALE: While Bamboo has excellent carbon sequestration benefits due to its fastest growth isn’t it restrictive in design due to the form?

It is correct that it is restrictive, but so is every material. But good design builds on the material’s restriction. I think the reason we find it restrictive, although it has a long history as a design material—is that it is a relatively new material in a contemporary context. We have simply not seen all the possibilities yet. And historically we find similarities in how almost all new building material faces similar discussions. Concrete and steel pioneers as Le Corbusier and Mies Van Der Rohe were up against very similar aesthetic debates. 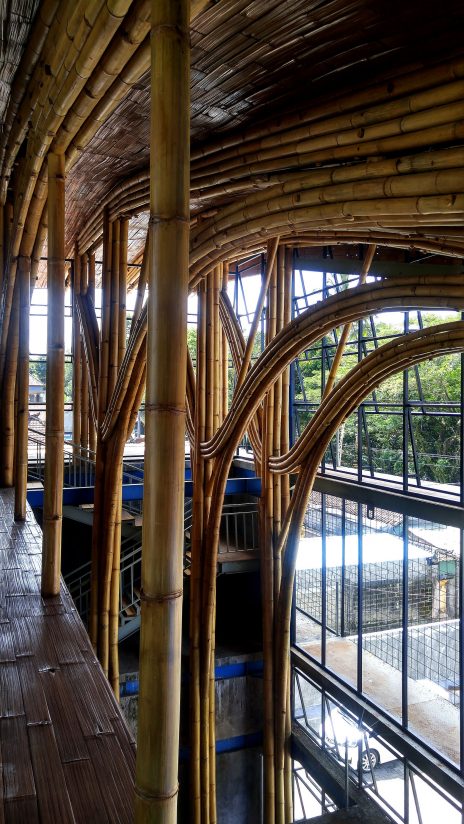 Bamboo is used as a structural material in buildings in Bali.

SCALE: Which countries use this material more than any other and why? What are your learnings from the making of the movie? 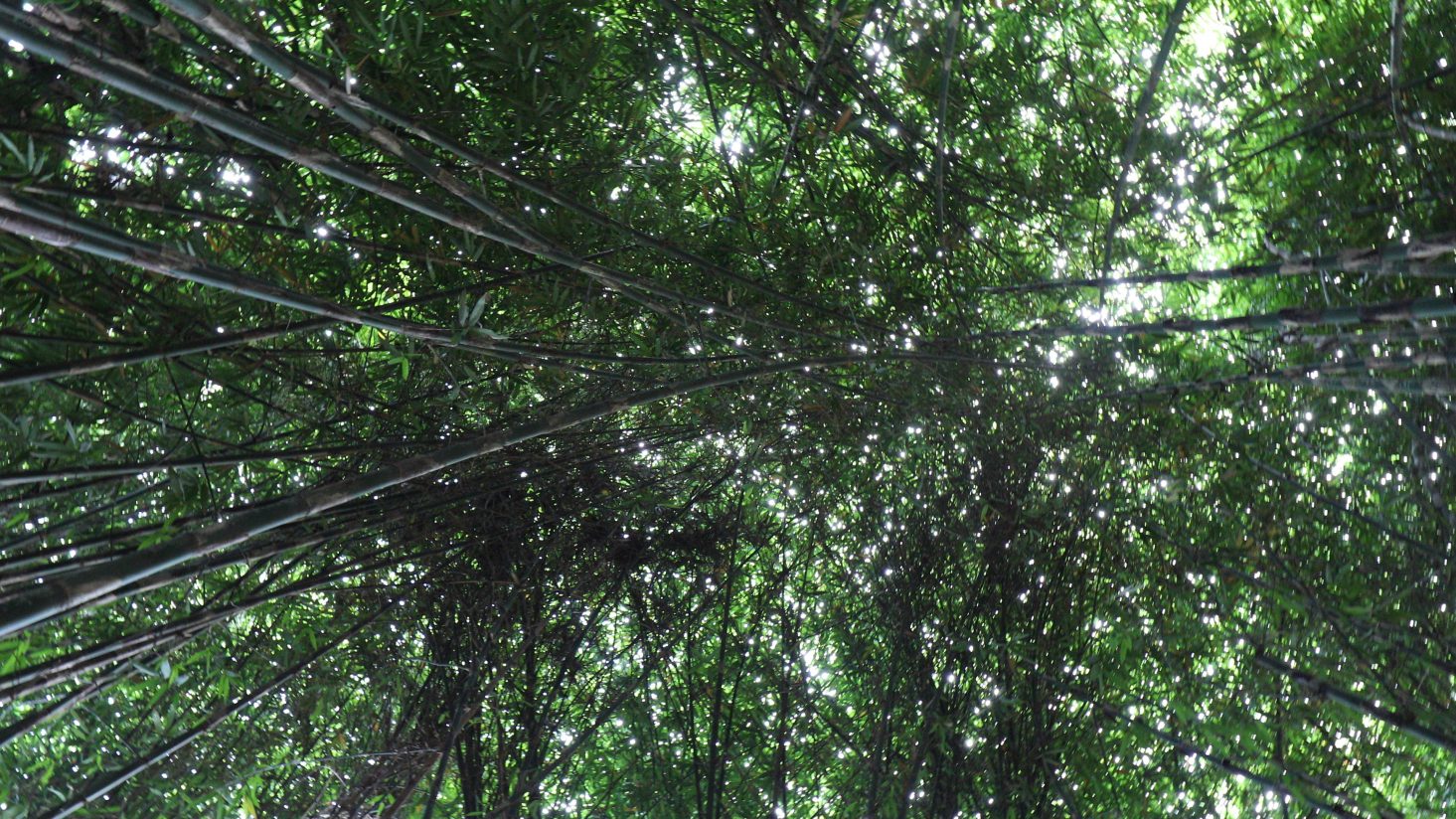 We can find bamboo in almost all continents. In architecture, bamboo is predominantly used in Far Asia and Latin America. Indonesia and Colombia and China are three countries that are pioneering contemporary bamboo construction and we find a lot of good projects there. Another country that we can mention is Vietnam, where Vo TrongNghei Architects has done some amazing structures. The reason for this is simply that these regions have had a surviving bamboo building culture. It is easier to find clients, craftsmen, and policies that are willing to accommodate this material. But there are other places where bamboo was used historically but today, we see very little usage. One of the rational I can think of is that it has a connotation as a poor man’s timber. For example, in Kenya, Africa, many families used to have a bamboo clump just outside the door for daily use, but today, we find very little use of bamboo. This, I think, is about to change with the many grass-root initiatives currently taking place. 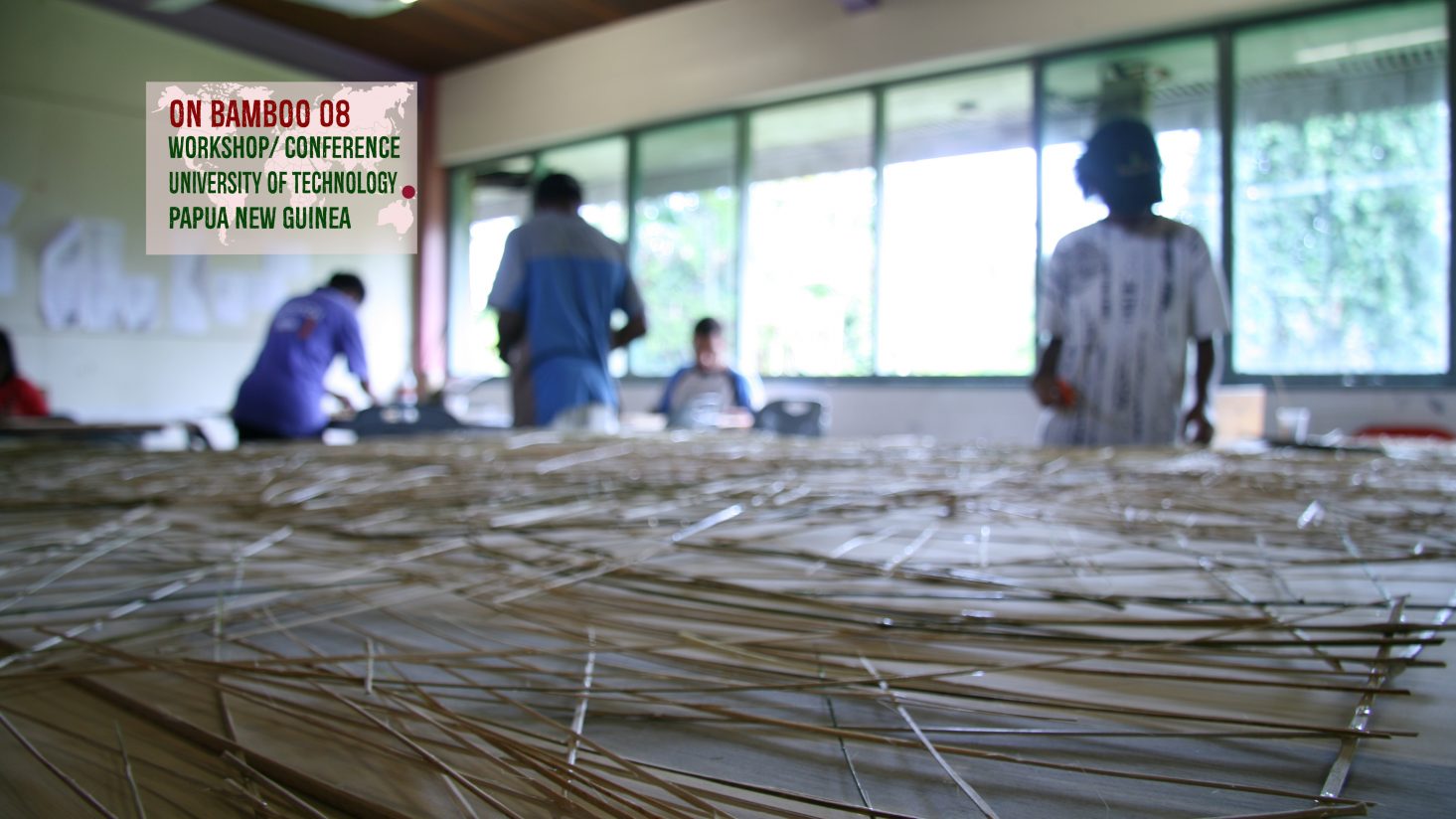 The learning from making this movie is the lack of knowledge regarding the benefits of this material. There is a lack of communication —bamboo has a very soft voice in comparison to, for example, concrete and steel. These materials are easy to use for architects and engineers. Using bamboo has an enormous threshold regarding calculation, logistics, and how to make bamboo work with other materials such as glass and steel. 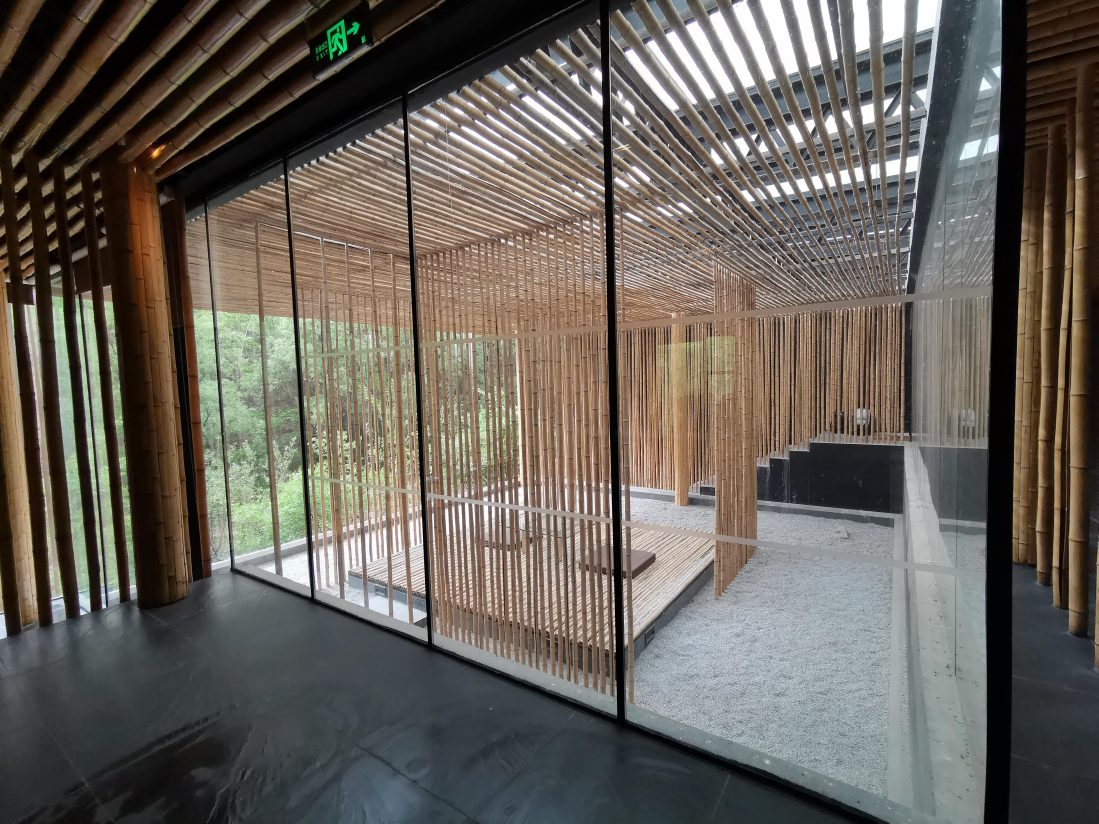 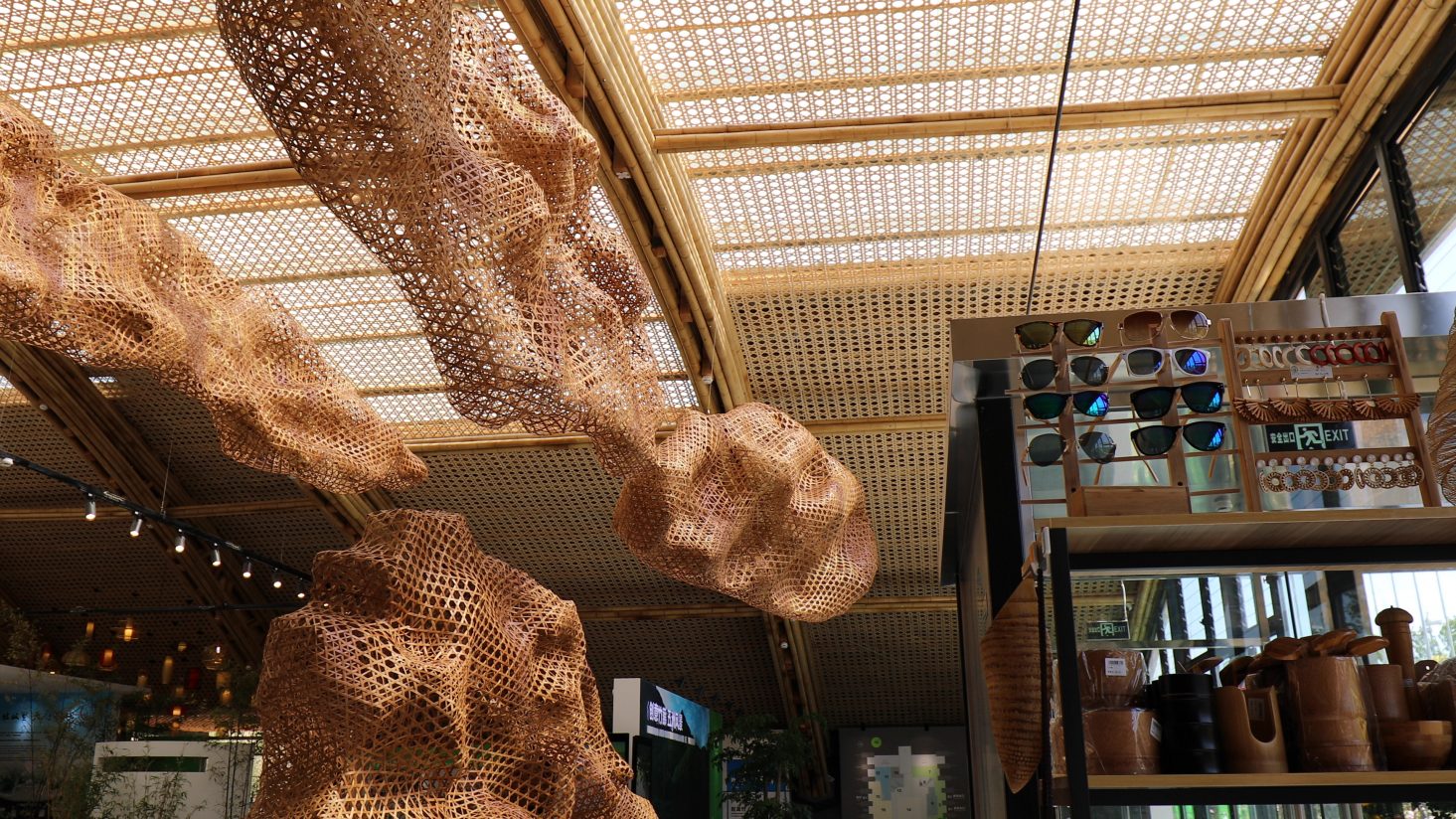 SCALE: How long did your research for the movie take?

I have been working with bamboo for over ten years. Some of the images and footage from the film are from 2008.

SCALE: Have you in your practice used bamboo as a material in construction?

From my time in Papua New Guinea, I have had some practice. With the help of my students, I had built a small tower. We also have had several full-scale workshops on the material. In 2008, we had a conference/workshop where 200 students together with 11 architects, artists, and designers erected 11 structures on the campus of Unitech, Lea, Papua New Guinea. I was one of the designers in that workshop. However, after my time in PNG, my life path took me away from the bamboo culture. Currently, my wife and I are growing bamboo in Kenya that hopefully in some years’ time will provide us with construction material for our own farm. 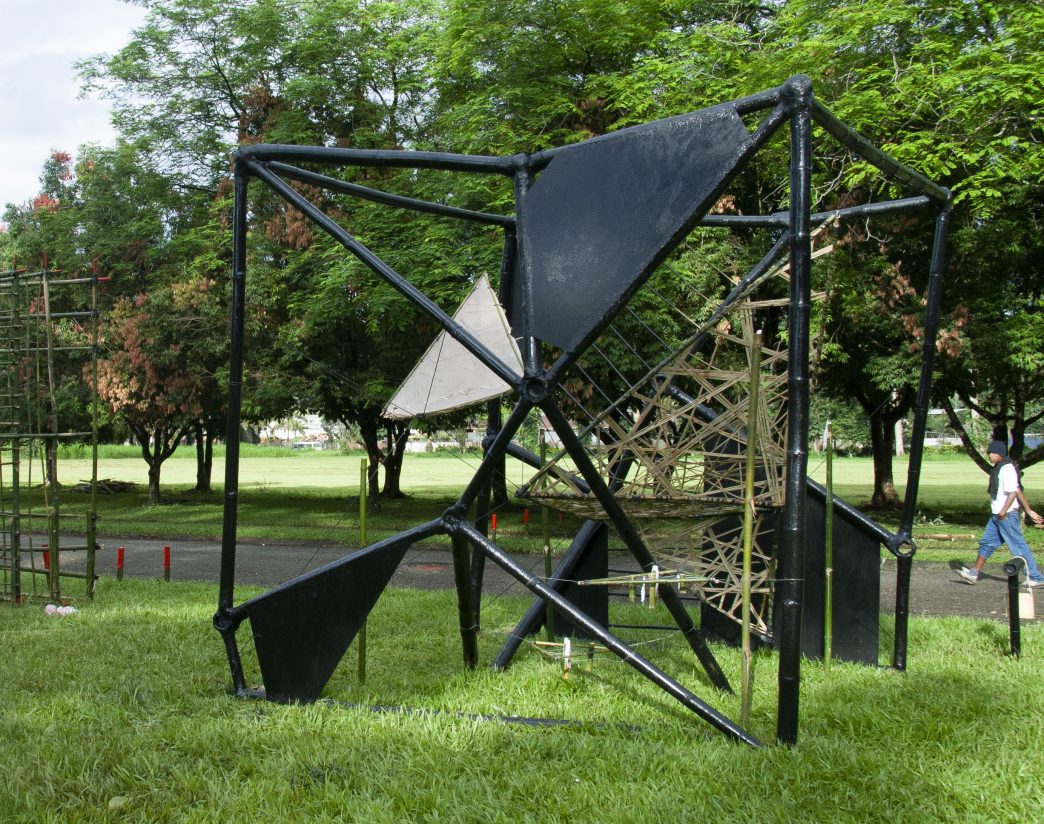 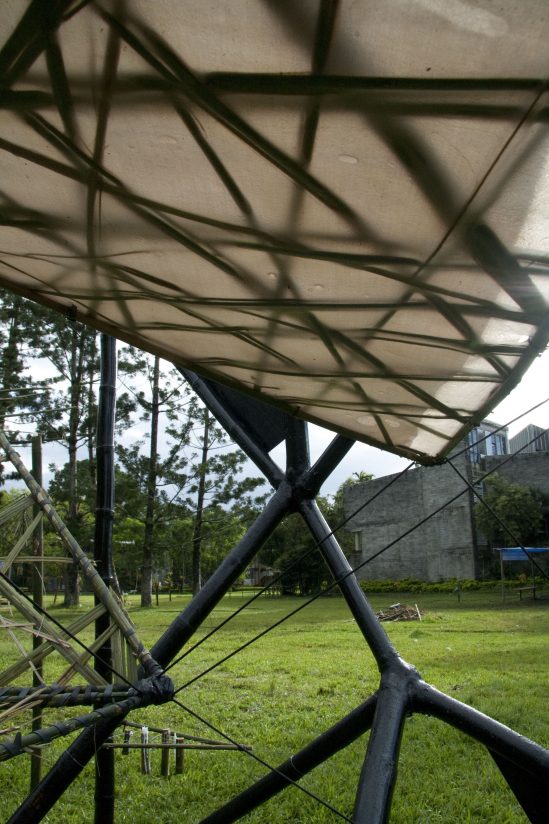 SCALE: Which are the buildings in bamboo that you have come across and have loved the most and why?

This is a very hard question to answer. We have seen so many beautiful and amazing buildings during this research, so it is very hard to pick any favourite. With that said, EFF Studios Pt Hilon Showroom, Bali Indonesia, an extension of a simple industrial barn in Indonesia, has a promising mix of traditional knowledge in a contemporary setting with respect to materials and joinery. It is also hard not to be taken by Kristof Crolla’s approach when he combines traditional joinery calculated by advanced computer programmes. When it comes to using the material in interior design the ZENS store in Beijing by CUN Design is one of my personal favourites. 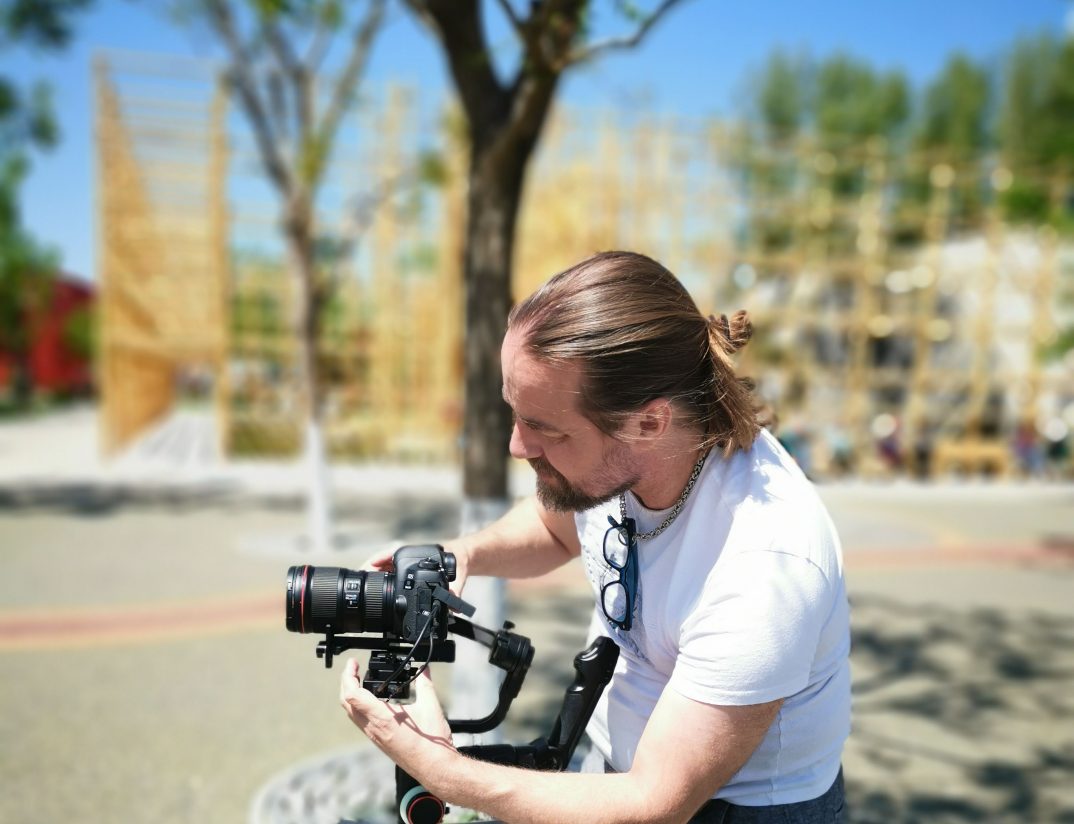 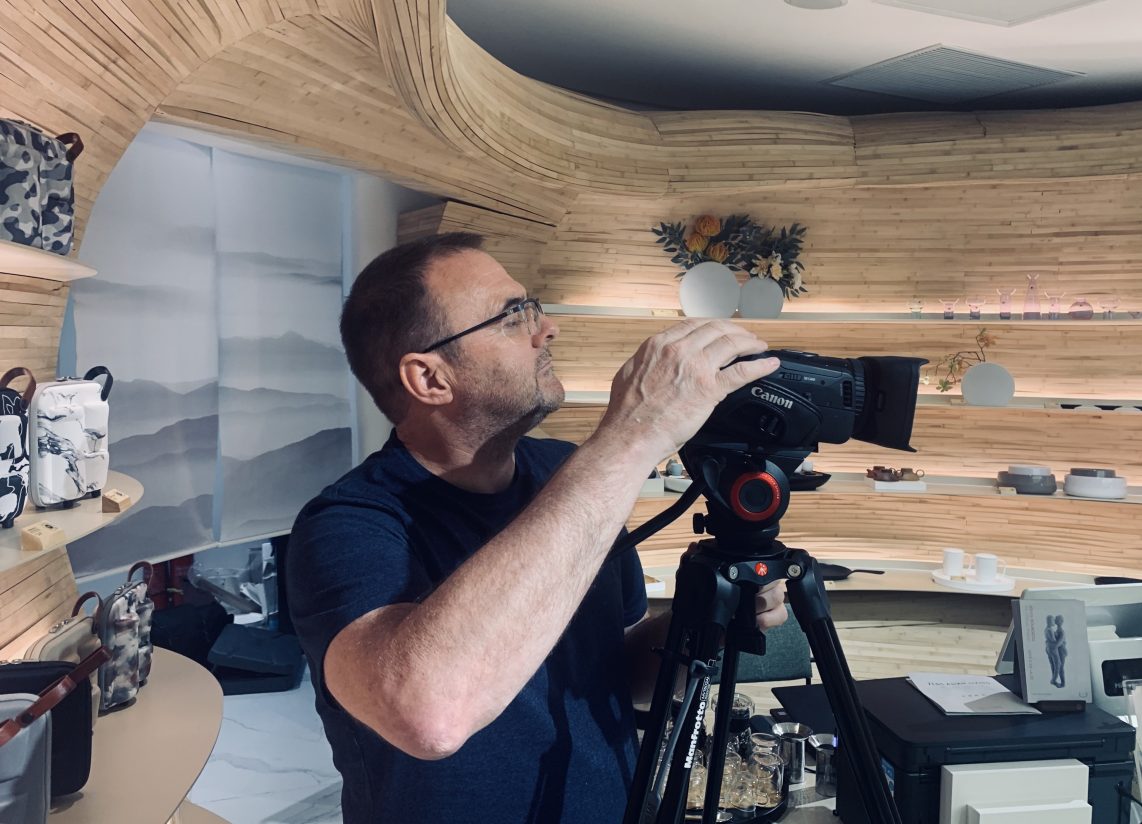 SCALE: What are the accolades the movie has brought to you and do you think this will help spread the word in the construction industry and increase the usage of the material?

It is always nice to be appreciated, and this movie did get praise from institutions and film festivals globally. On a personal level, I used to say I was an architect making films, but as one of my film-making friend said, “Now, you can no longer hide behind that” since the film has got accolades for its merit, not only as architecture research but also for its cinematic quality. With that said, it still feels odd to call myself a film-maker. For what the film will do for bamboo I think it is all positive. When we did this movie, we did it because we felt that there was a need to know more about the material. We could not find a movie that comprehensively discussed the materials’ potential and challenges. I am happy that the bamboo community has taken such a positive approach to this. We have gotten very positive feedback, comments, and praise from people who have been working with bamboo for decades. The same goes for people that have had little to no contact with the material. 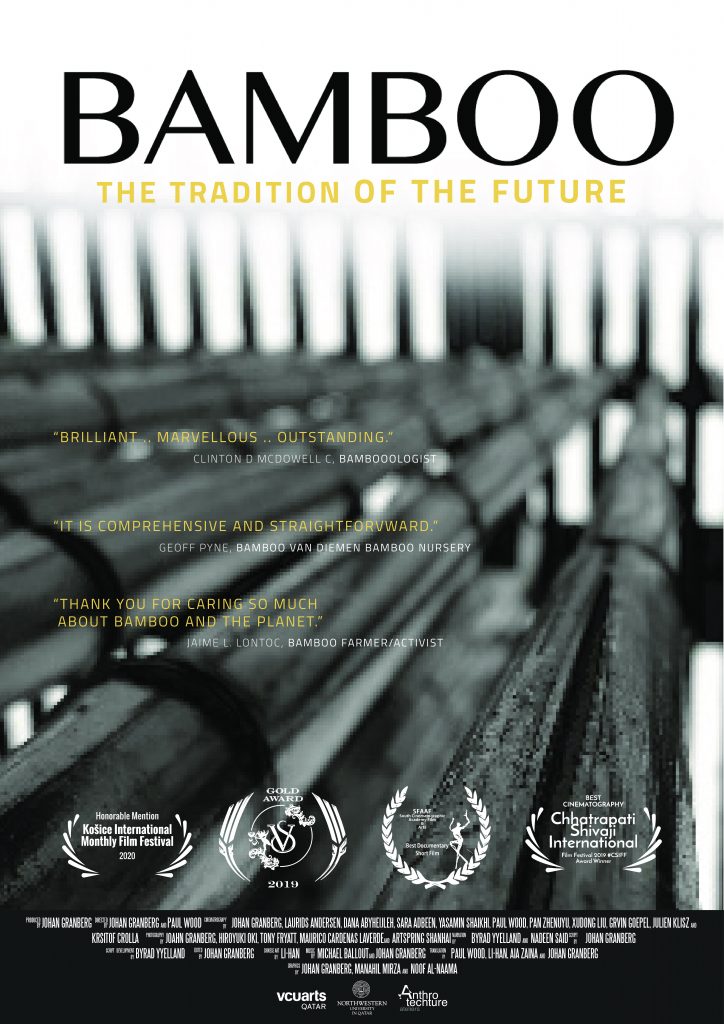 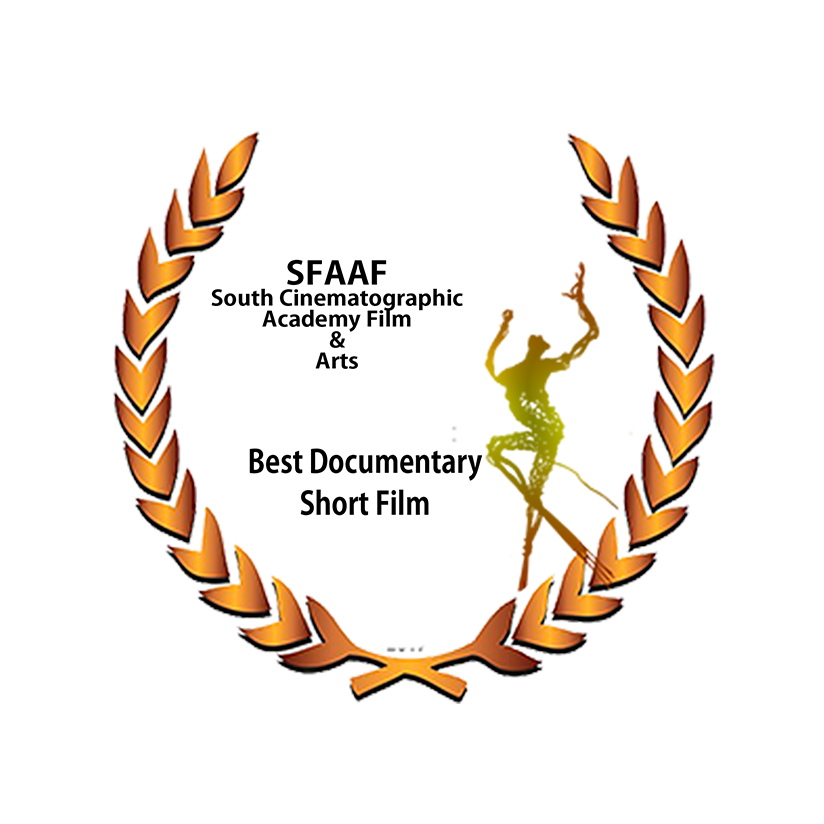 Accolades that the documentary received. 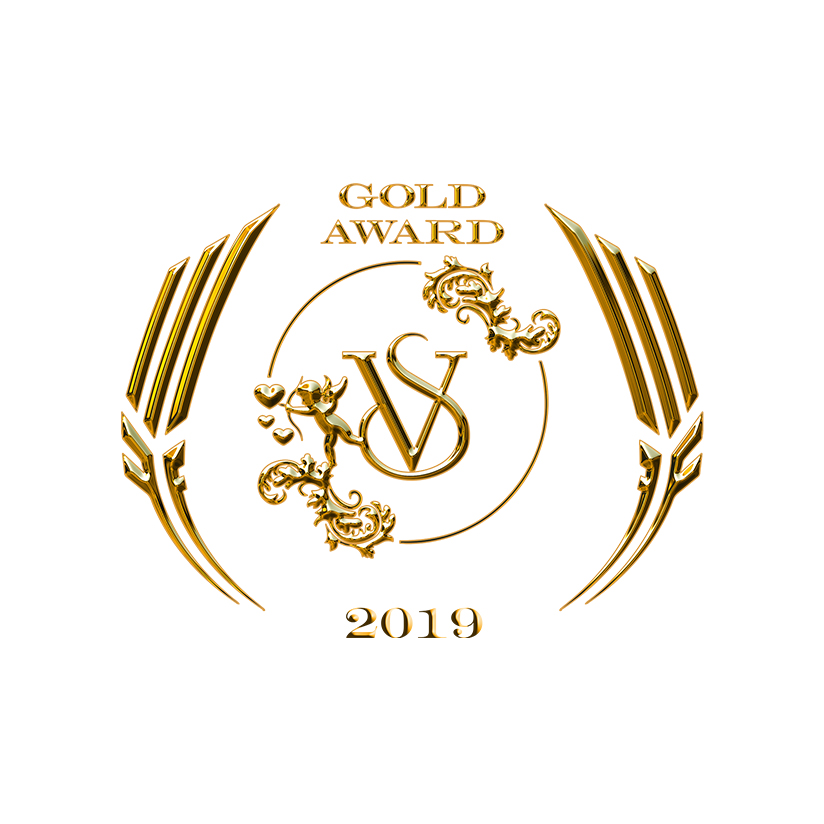 When I grew up, I loved the movies by Jacques Cousteau. They brought you into an amazing underwater world right into your home. We have tried to keep a balance in our movie, by making an easily accessible production without compromising knowledge and research. Remember that similar to Cousteau’s underwater worlds, some of the bamboo architecture is still remote and not that easy to get to. Film as few other media has the potential to make the remote and the complex immersive and accessible.

I hope that this film can be one of the many initiatives that further promote this extraordinary material to a larger community. Perhaps the movie can inspire a new generation of daring designers, architects, engineers, clients, and decision-makers to, at least consider bamboo as a viable choice.