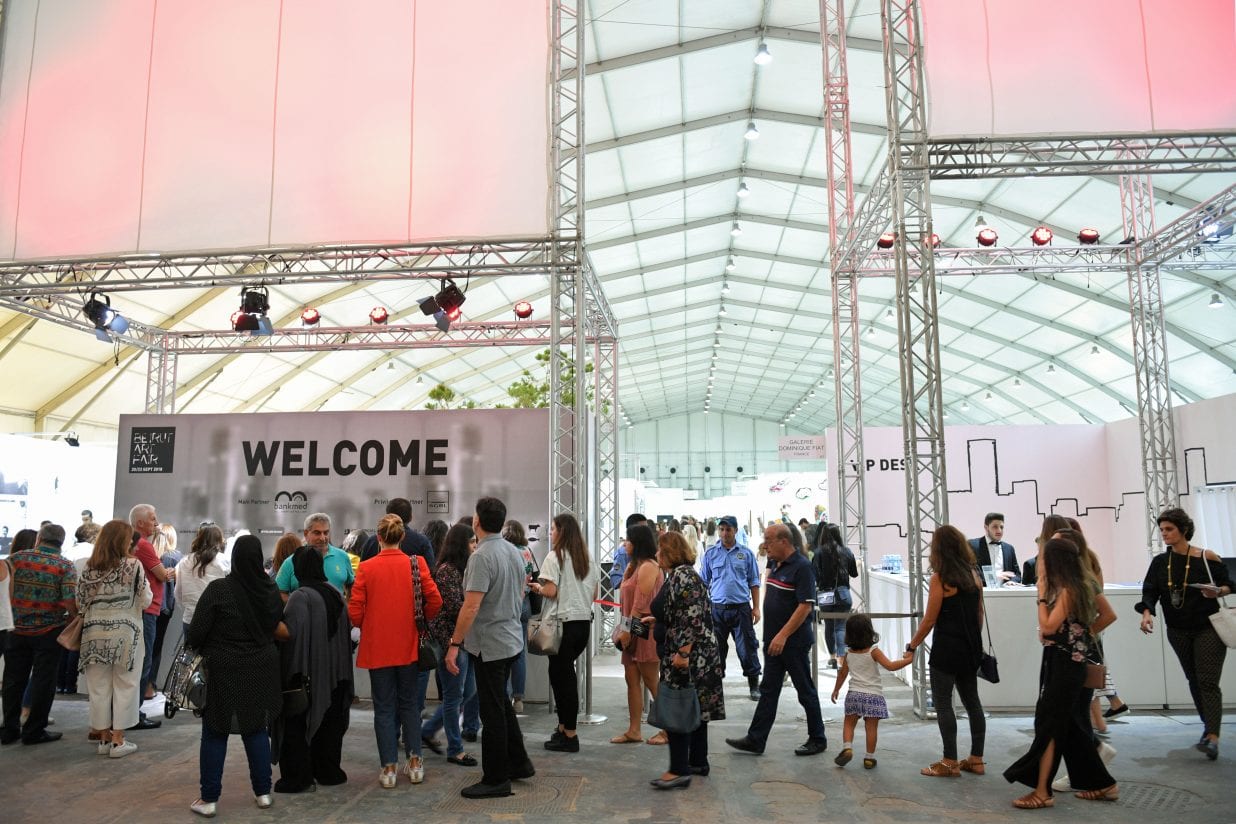 BEIRUT ART FAIR which takes place from September 18- 22, 2019, in Beirut, will bring the most vibrant of talents from the Middle East and Lebanon, promising them, the most coveted, freedom of expression. 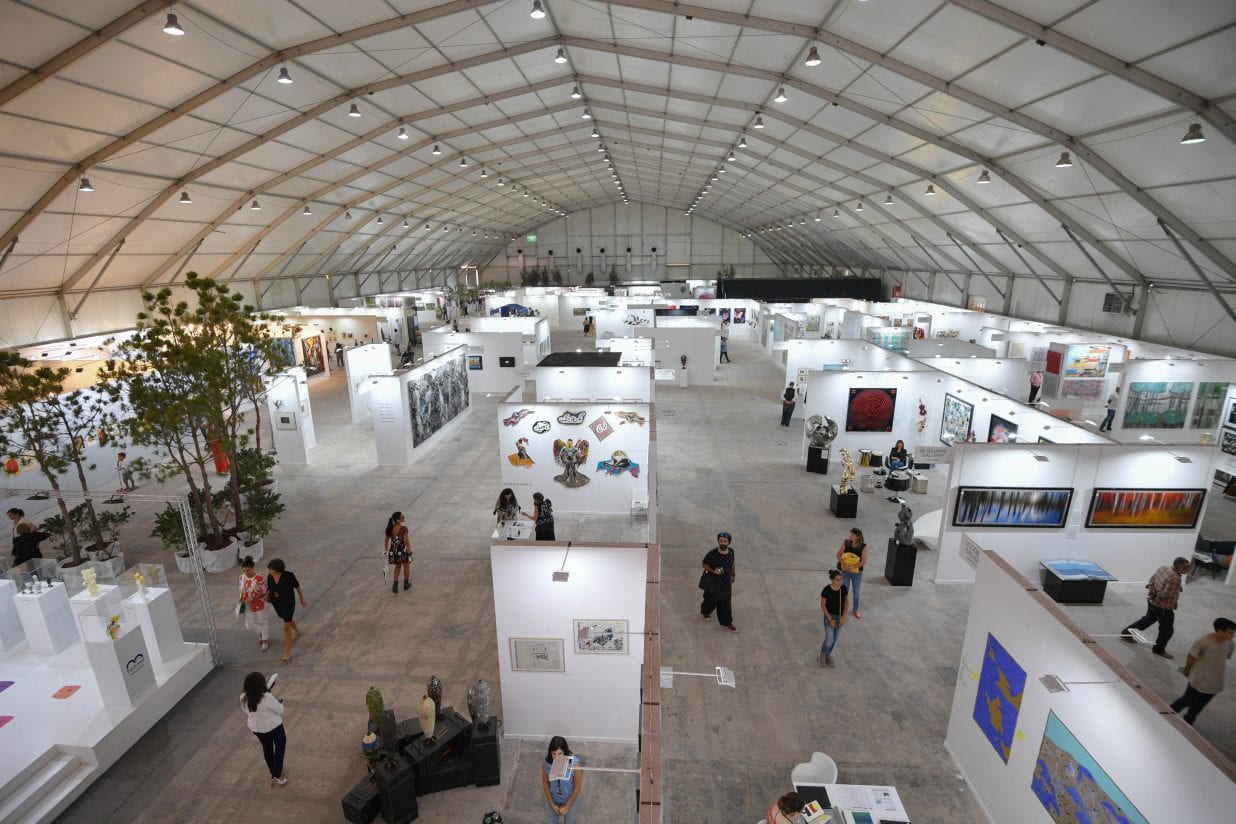 While the country is all about resilience, the art scene in Lebanon seems to be awakening and in its 10th year, the BEIRUT ART FAIR is all set to revitalise the tourism scene in Beirut.

This year the BEIRUT ART FAIR has entrusted its artistic direction to Franco-Lebanese curator Joanna Abou Sleiman-Chevalier, who speaks to SCALE. 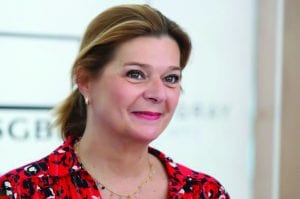 “The rises and falls in purchasing power inherent to economic cycles obviously have an impact on art acquisitions. But despite all of this, there is a growth of interest in art from the MENA region, stemming not only from the region itself but from all over the world.”
Laure D’hauteville

“After a steady decade of growth, BEIRUT ART FAIR has become a major event in the art fair calendar, attracting every year a growing number of visitors from around the world. The fair’s impact on tourism figures is not to be discounted,” says Joanna.

This year, the fair commits to its role of an artistic incubator, with an unparalleled artistic selection placed, more than ever, under the sign of the discovery of rising international contemporary art. “Also foremost is the Fair’s wishes to celebrate Lebanon and its sometimes little-known treasures by presenting exceptional and never-exhibited-before works from private collections,” says Joanna

While Joanna is excited about the emerging artists, Laure D’hauteville Founder & Director of BEIRUT ART FAIR, who has seen the Fair grow in its ten years gives us a larger perspective.

“This year, while still focused on the MENA, the fair gathers the global art scene, welcoming 55 leading galleries from 18 countries, and featuring artists from 35 nationalities. More than 30,000 visitors from all over the globe are expected, a ten-fold growth in ten years,” says Laure.

But numbers cannot express the powerful human stories that have unfolded throughout this past decade – countless artists connecting with new audiences, friendships formed, and collaborations flourishing, reminisces Laure.

“I am passionate about discovering new talent, following these new artists’ careers and watching them blossom,” says Laure of her personal connection to the Fair and the emerging artists it discovers each year.  “I remain close to many artists whom I met at the very beginning of my career and I can truly say it’s an honour to count them as my friends. I especially favour engaging and active artists – those who dare to speak their minds. I love painting and photography, and collect many artists from Lebanon and the region.”

“We are committed to the discovery of local and international artist from the contemporary scenes. Also foremost is the Fair’s wishes to celebrate Lebanon and its sometimes little-known treasures by presenting exceptional and never-exhibited-before works from private collections.”
Joanna Abou Sleiman-Chevalier

This year, Laure is especially looking forward to British war photographer Don McCullin’s exhibition of 1980s photographs of Lebanon. He will also be giving a talk, thus enabling the public to discover his works,” she says.

The impact of Don McCullin’s black-and-white images is said to be massive and immeasurable, as the British photographer has travelled the planet to shed light on extremely perilous situations, uncover hidden truths and relentlessly denounce injustice. Don McCullin depicts his subjects with empathy and compassion and celebrates the dignity and resilience of mankind under the harshest circumstances.

“I am also looking forward to Lebanese-Senegalese artist Hady Sy’s monumental sculpture Wall of Hope, which literally bursts a wall open; not only a wall between countries, but also between ideologies, prejudices, and preconceived ideas. It epitomises art as a vector of peace and discussion.”

BEIRUT ART WEEK will be inaugurated on 17 September at 6 pm in front of Hotel Le Gray, where Hady Sy will unveil his monumental sculpture Wall of Hope, standing at the infamous green line separating East and West Beirut and where one of Beirut’s gates once stood.

While the Fair as such promotes and abets creativity and lights up the cultural scene which automatically helps in reviving its touristic scene, the government has not supported this cultural endeavour. It has always been private entities who have tried to boost the sector. 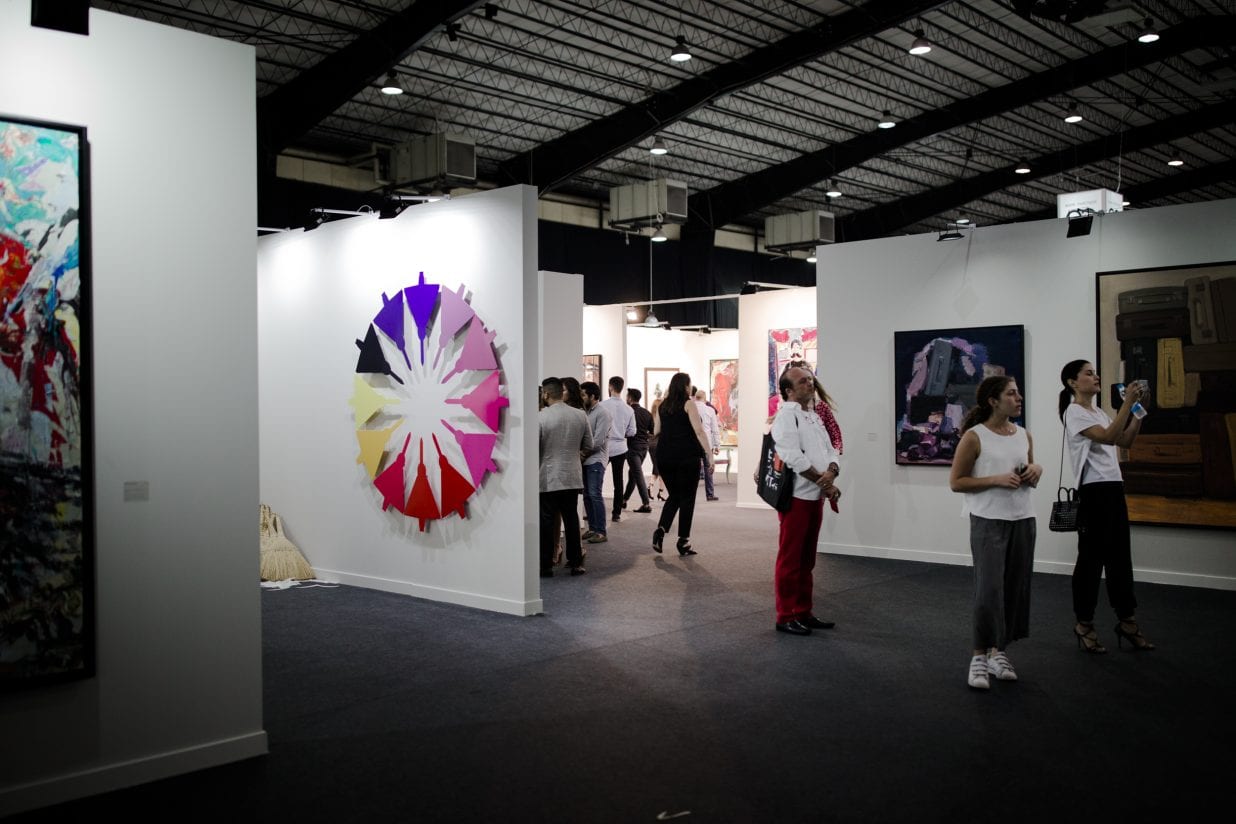 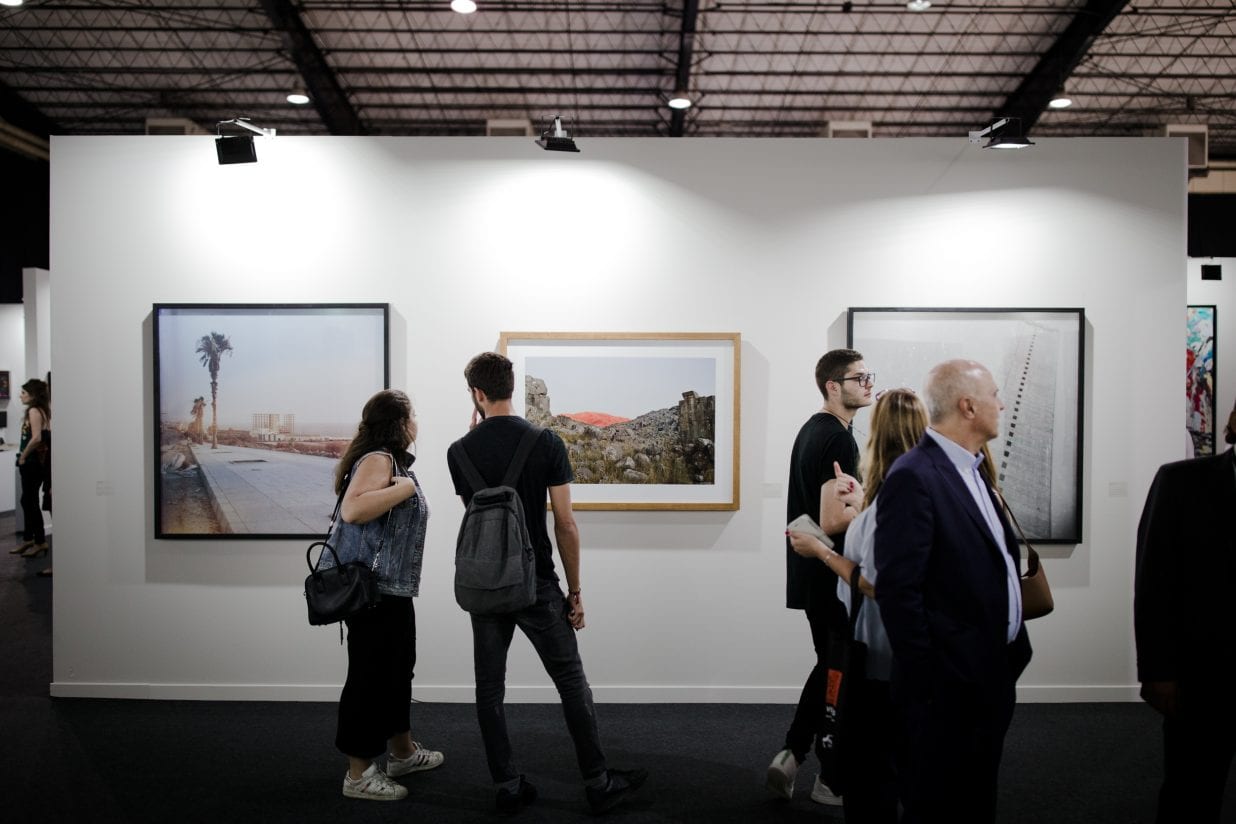 State sustenance for arts and culture in Beirut is zilch. The city is still recovering from the 15-year civil war between 1975 and 1990, and with the instability in the entire region along with the recent influx of Syrian and Iraqi refugees stretching the already overpopulated city to the limit, the government has other more pressing matters to turn to. 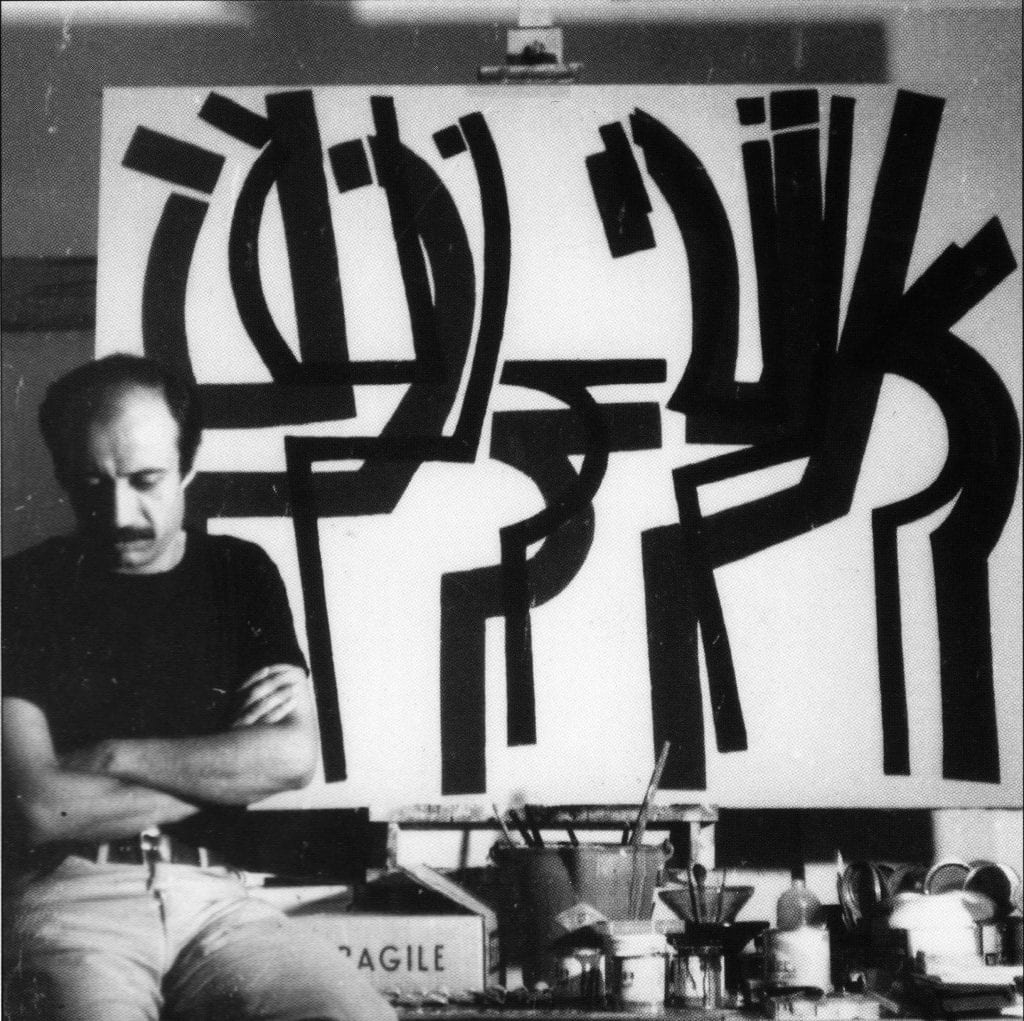 But even in the face of such disheartening times, Lebanon and its people continue to reinvent, resurrect and regenerate itself and the one factor that distinguishes it from the rest of the Middle East is the joy that comes with its freedom in expression and speech. This mindset seeps to all kinds of creative arts, from architecture to music, to fine arts and design.

“The city sits at the heart of the Fertile Crescent, the cradle of civilisation, and its strong cultural tradition has withstood the vicissitudes of history. Today, Beirut is a key cultural node not only in the MENA region but also on the transversal Silk Road, bridging East and West. A cosmopolitan city, a melting pot of ethnic and religious communities, Beirut symbolises cultural and linguistic blending. Its freedom, openness, tolerance and generosity are unique. In a way, BEIRUT ART FAIR carries all such positive values embodied by the city of Beirut, as well as its historical embracing of cultural diversity. Moreover, artistic projects are multiplying here, be it at the level of institutions – museums, contemporary art centres, foundation – or at that of the active galleries and collectors,” says Laure. 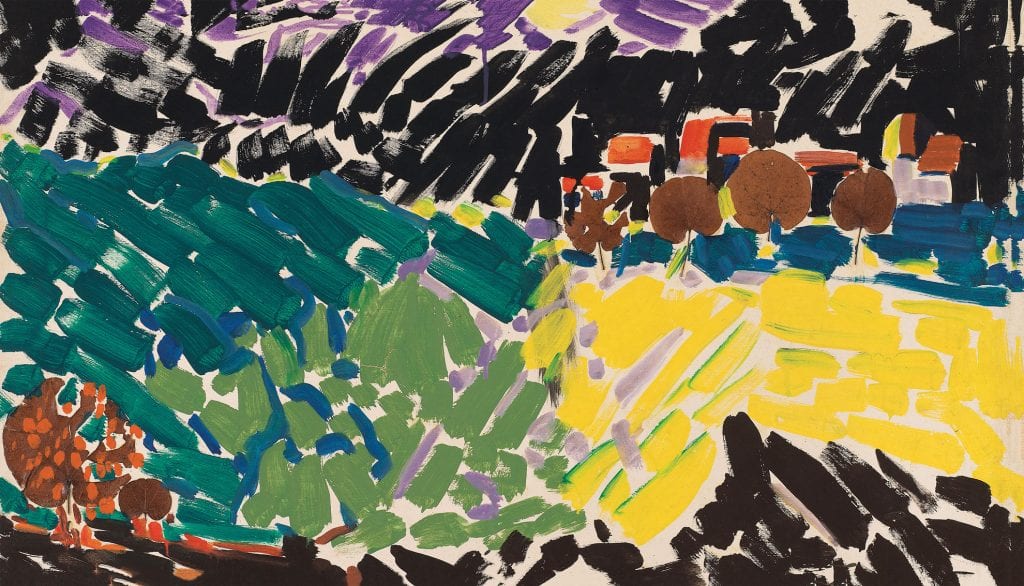 Another piece of art by Hussein Madi

Though Laure does agree that the war has had a ravaging effect on funds and resources, art has not taken a back seat during such duress. 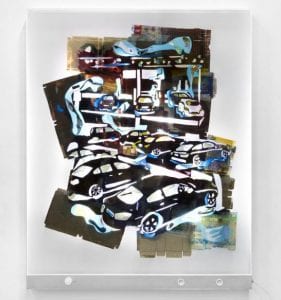 “On the contrary – political events bring people together and spur artists to create powerful works. In Beirut, artists from across the Middle East have been able to meet and present their works at BEIRUT ART FAIR, in all liberty. This is how resistance happens: through art.”

“Yet, all art fairs are naturally affected by the socio-economic conditions prevalent in their host country and city. The rises and falls in purchasing power inherent to economic cycles obviously have an impact on art acquisitions. But despite all of this, there is a growth of interest in art from the MENA region, stemming not only from the region itself but from all over the world. Lebanese and Arab artists’ prices have been reaching records at auctions, indicating a demand independent of the general socioeconomic situations of their countries of origin. In Lebanon, the art market so far seems immune to economic and political developments.”

55 leading galleries from 18 countries, and featuring artists from 35 nationalities. More than 30,000 visitors expected from all over the globe with a ten-fold growth in 10 years.

Karim Gallery: Centred around the creation of contemporary art from Jordan.

Kamel Mennour: It is the first time this substantial French gallery is presenting two young artists.

Emmagoss: Artworks by the Emmanuel Guiragossian family, this stands as a pinnacle of Lebanese art.

CUB Gallery: A stand solely made of young art graduates from the region.

Beirut Design Fair: For the first time, The Beirut Art Fair partners with the Beirut Design Fair. This design fair is dedicated to modern and contemporary furniture and objects and is said to be the largest in the Middle East with around 50 exhibitors from more than 10 countries.

Unexpected Trove: The Unseen Works of Hussein Madi (Rome 1964-1970)“ sheds light on a recently rediscovered body of paintings produced by this major Lebanese artist in Italy in the 1960s. 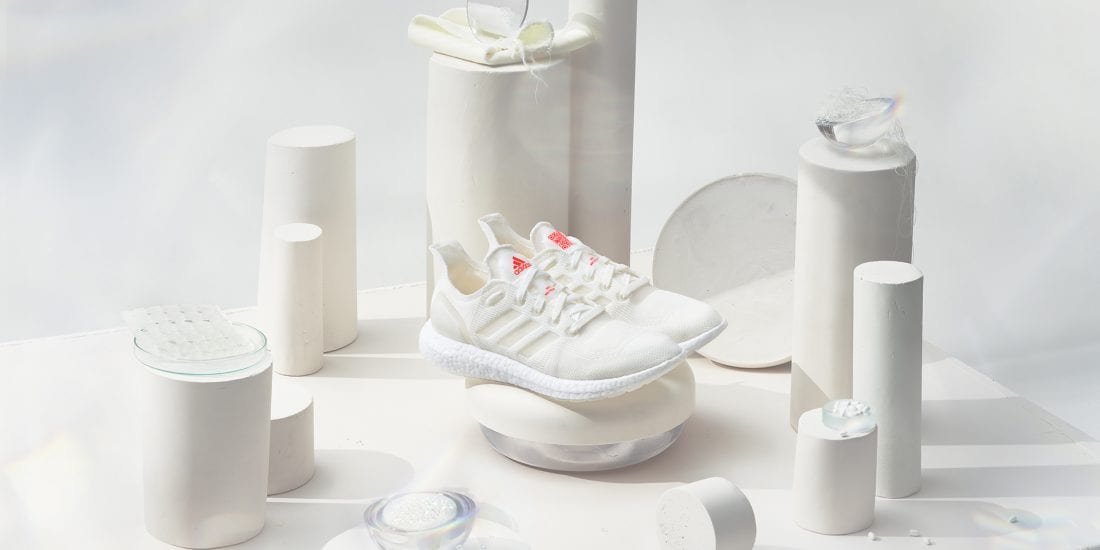 FUTURECRAFT.LOOP is a 100% recyclable performance running shoe - it can be returned to Adidas, broken down 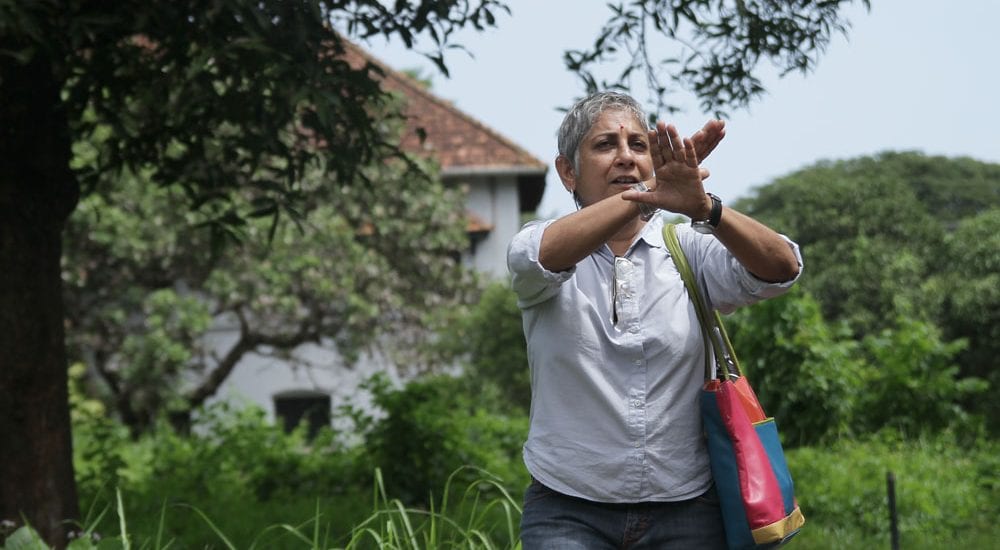 “A sense of satisfaction”

That is Curator, Anita Dube’s impressions as the time nears for curtains to fall on the Kochi-Muziris