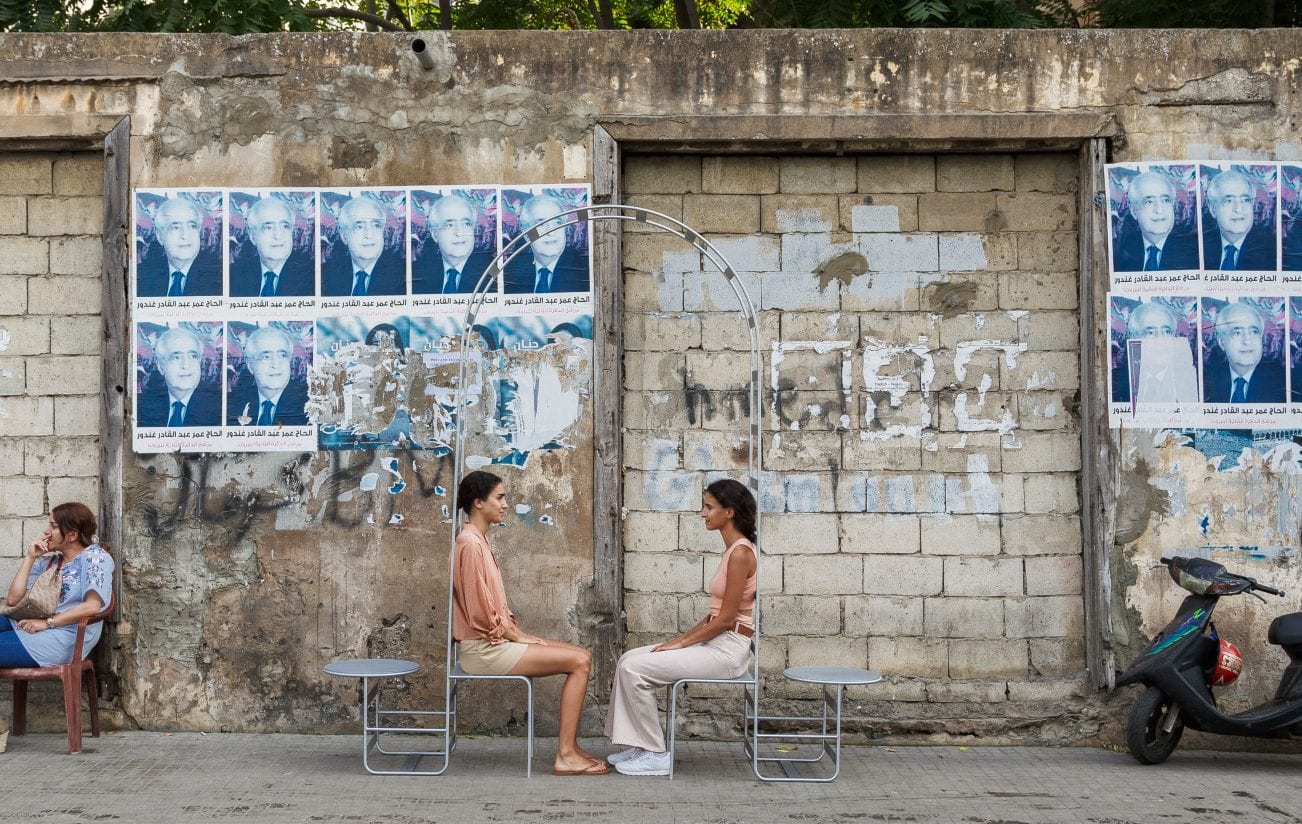 Connecting to the Grassroots

The multidisciplinary architecture and design studio T SAKHI, based in Beirut and Milan, unveiled two new experimental urban interventions in Beirut in June 2019, that provoke a dialogue with the community. 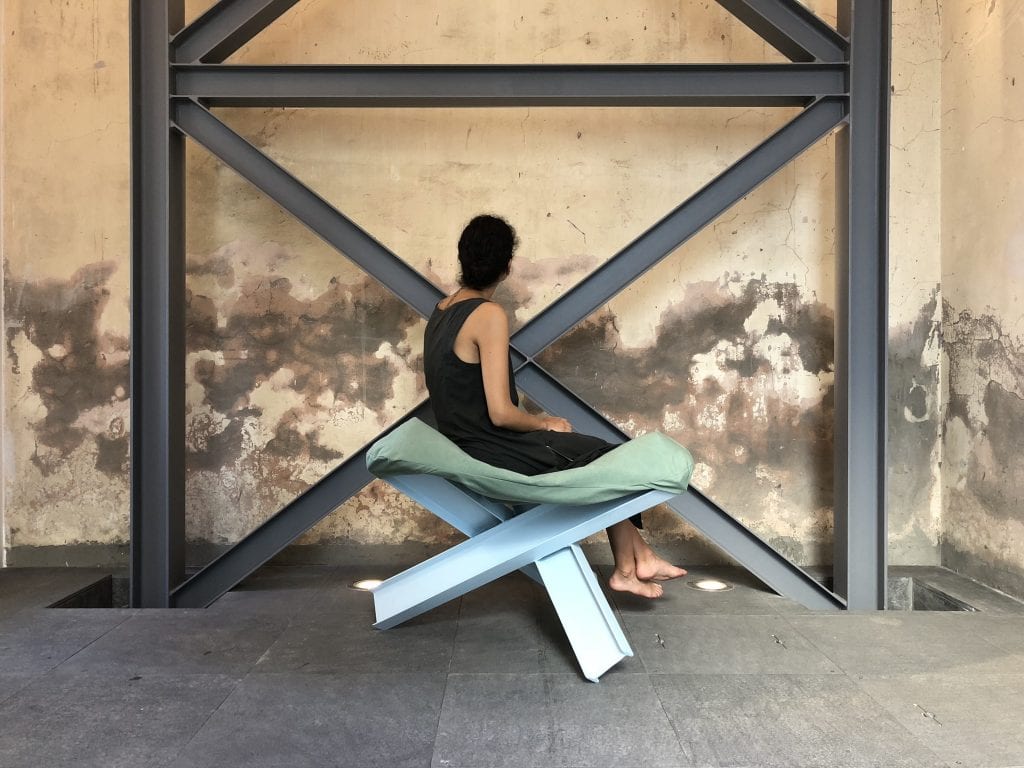 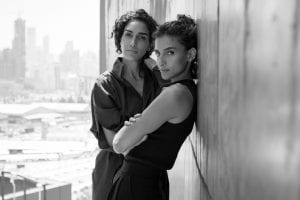 “How wonderful is it to have a city as a gallery space, full of people’s creative expressions! The city invites any person, from any cultural background, and any social class to enjoy culture, art and design.”

In “Holidays in the Sun,” the cofounders of T SAKHI, Lebanese-Polish sisters Tessa and Tara Sakhi adapt existing security barriers to function as stools and a place for greenery, while “Lost in Transition” offers a ﬂexible site for rest and socialising. In an increasingly fast-paced world, the sisters place human interaction at the core of their practice and are mindful to question contemporary understandings of identity and living. Both urban installations invite the community to engage in public space, while actively questioning the abundance of unﬁnished construction projects and security barriers currently punctuating Lebanon’s visual landscape.

Readapting prefabricated CMU blocks, metal wire mesh, and security barriers compromising their everyday topography, T SAKHI give the objects a new function as sustainable materials. As new, hybrid structures, “Holidays in the Sun,” present a new solution to improving the existing urban environment in Beirut. The two iterations, both pale blue, address the lack of greenery in city environments and the lack of public places for conversation or rest. The sisters adapt the hollow cavities of the CMU block and metal mesh as space for plants and vegetation and introduce an encompassing surface on top of intertwining blocks of metal to create a seat, juxtaposing security with comfort. 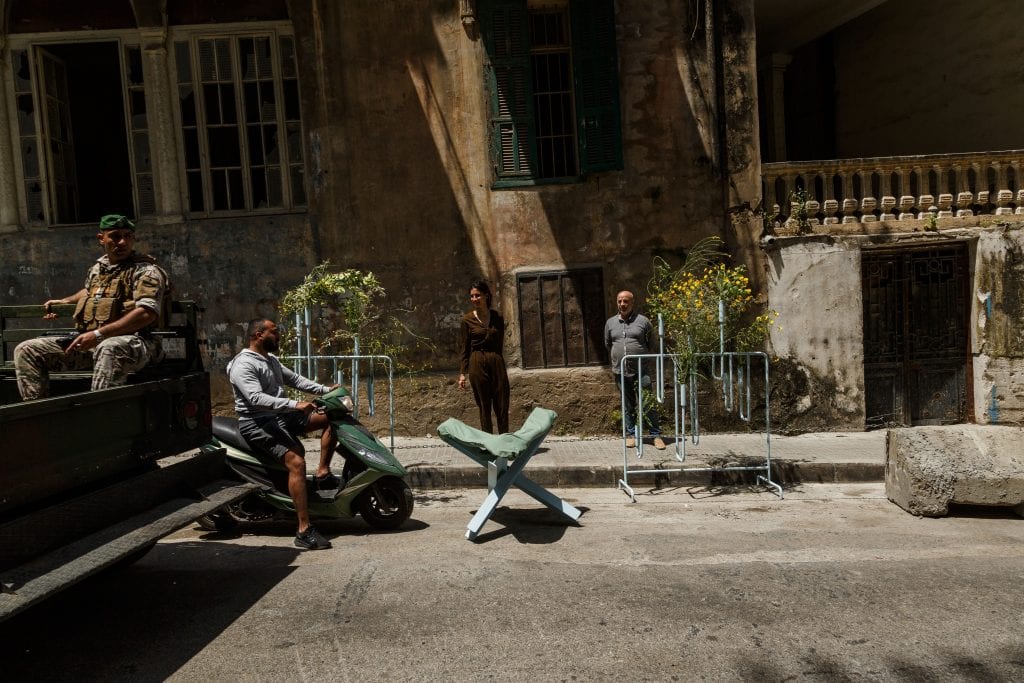 Urban Interventions engage with the public in Beirut’s streets 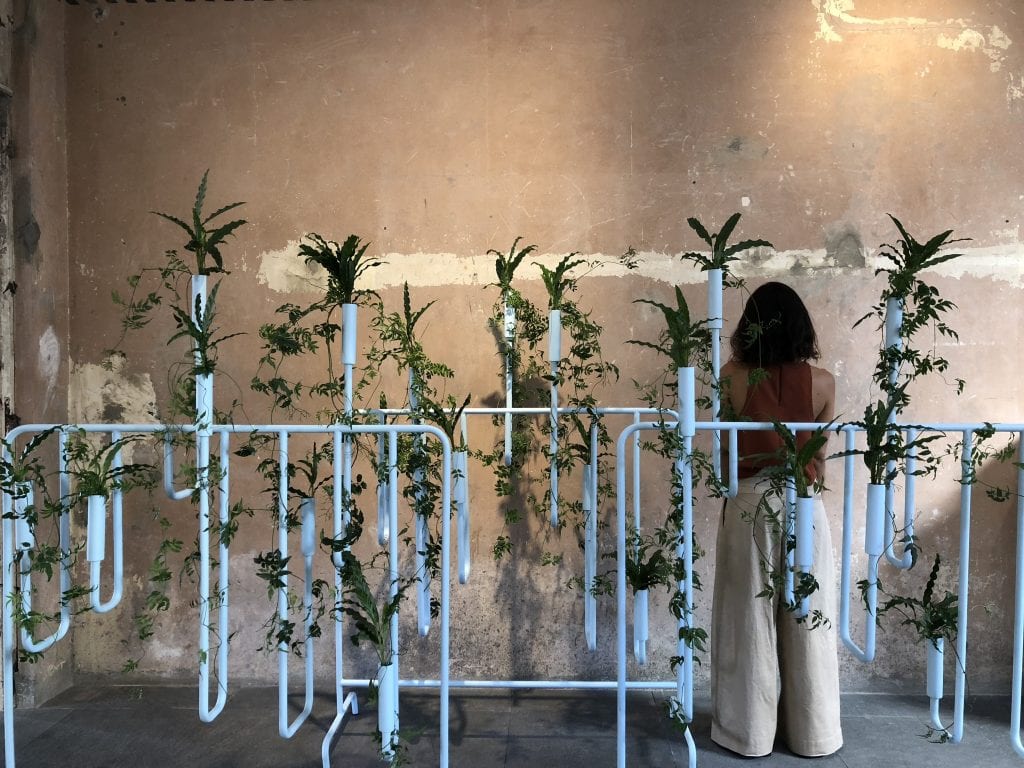 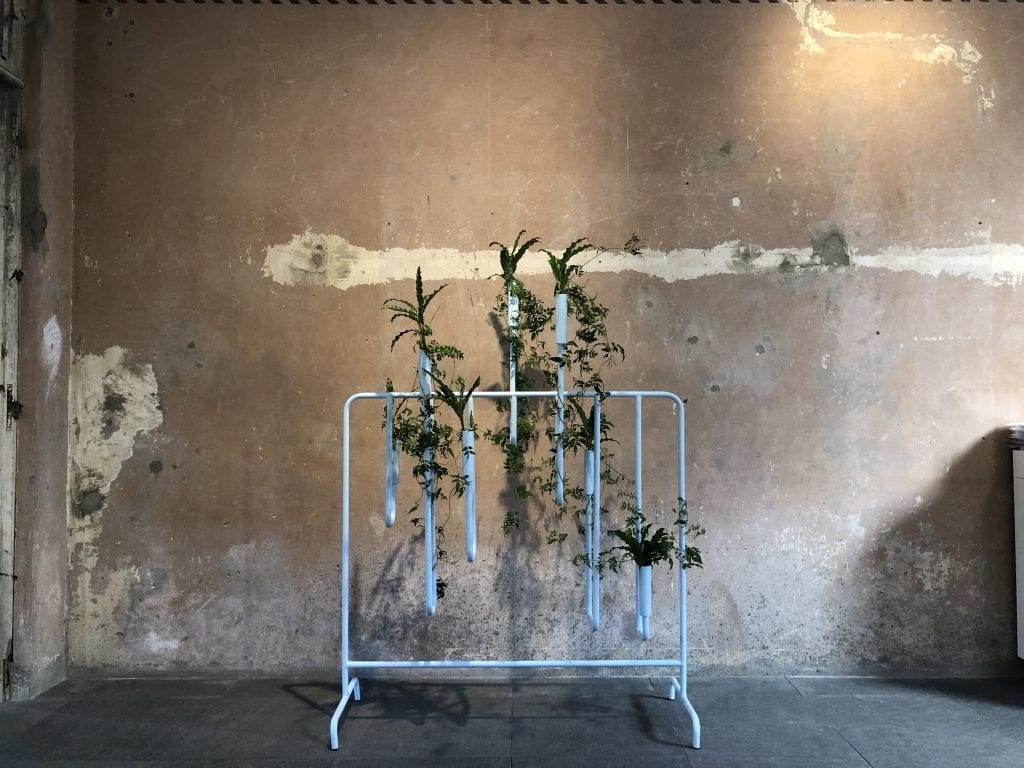 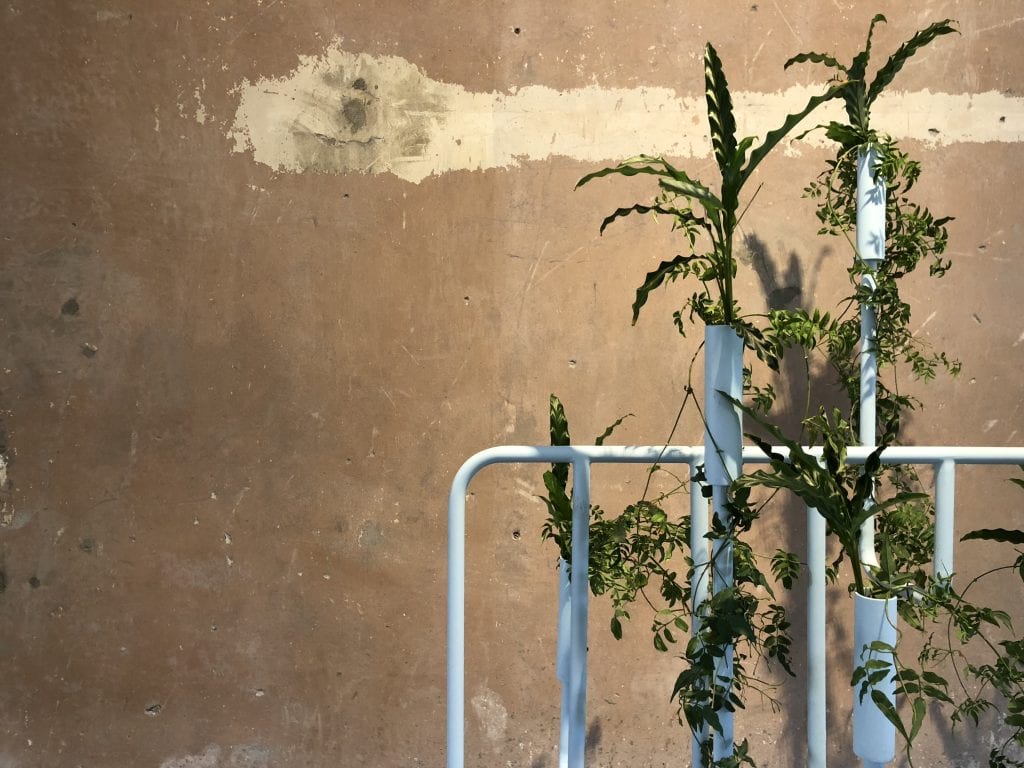 The planters add to the city’s streetscape 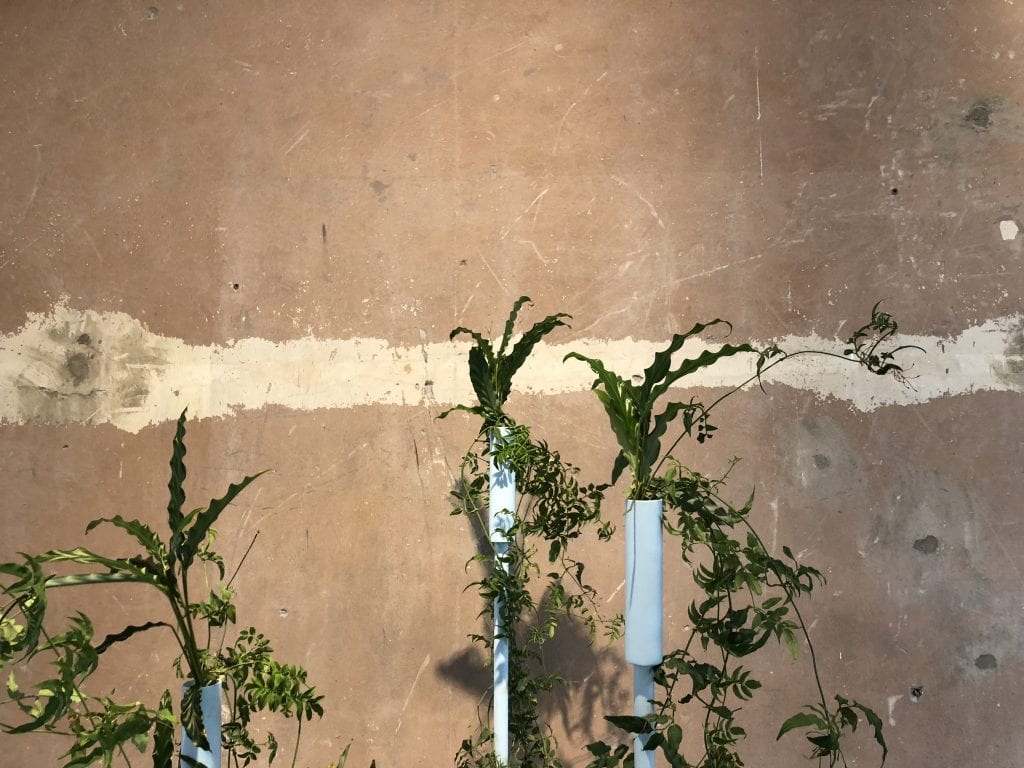 Furthermore, T SAKHI’s urban chair “Lost in Transition,” now lives in the Piazza of Saint Elias Church, in the city centre.  Originally exhibited in Milan Design Week 2019 for Alcova, the eccentric installation features multiple metal seats that are interconnected through an encompassing arch. The functional sculpture invites face-to-face interaction, while periphery stools offer solitary moments of rest and relaxation. The urban chair is versatile, and the numerous spatial conﬁgurations allow for multiple uses, whether it is eating lunch with colleagues or reading alone. 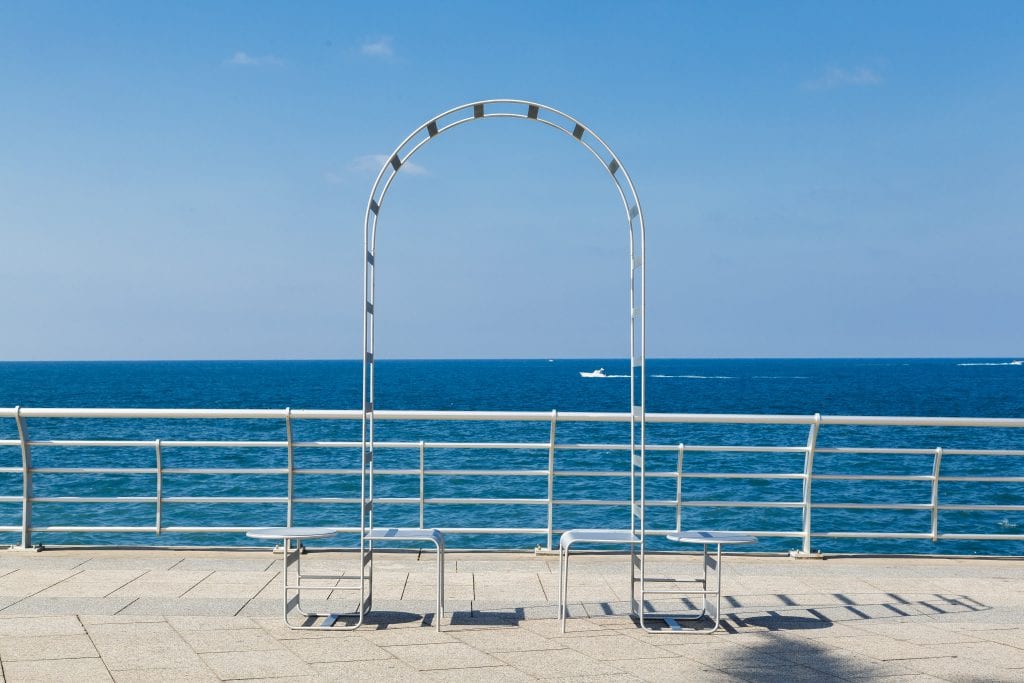 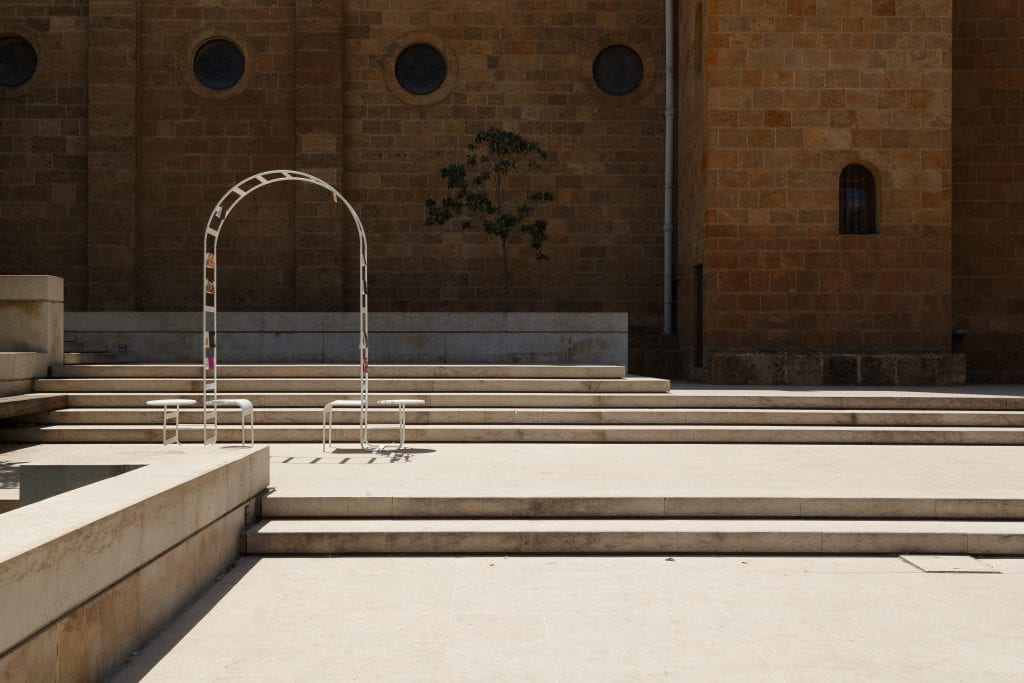 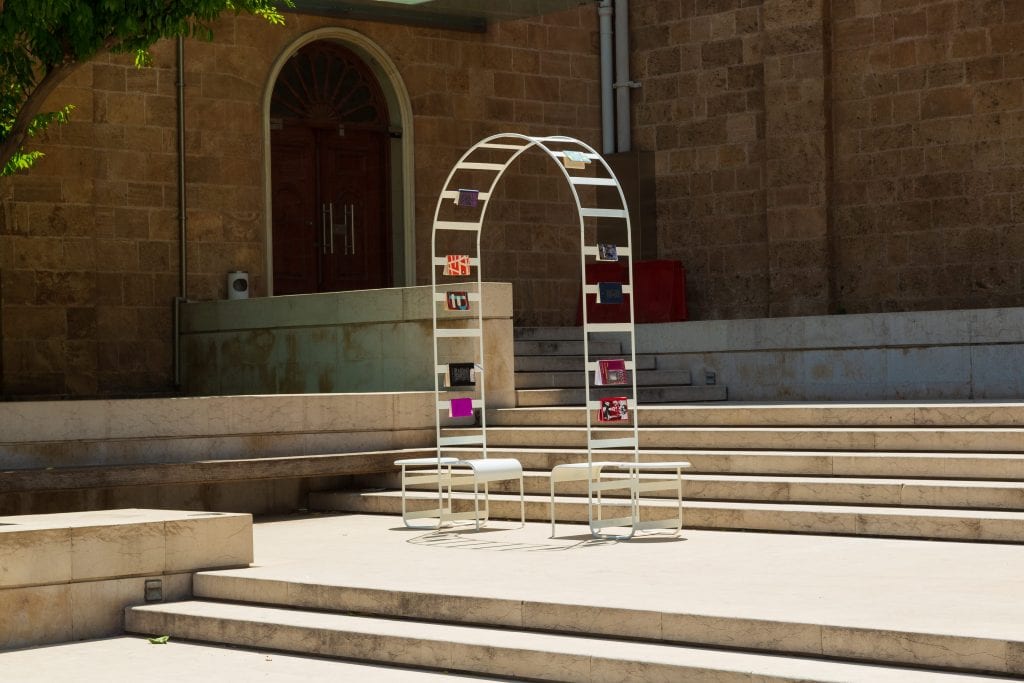 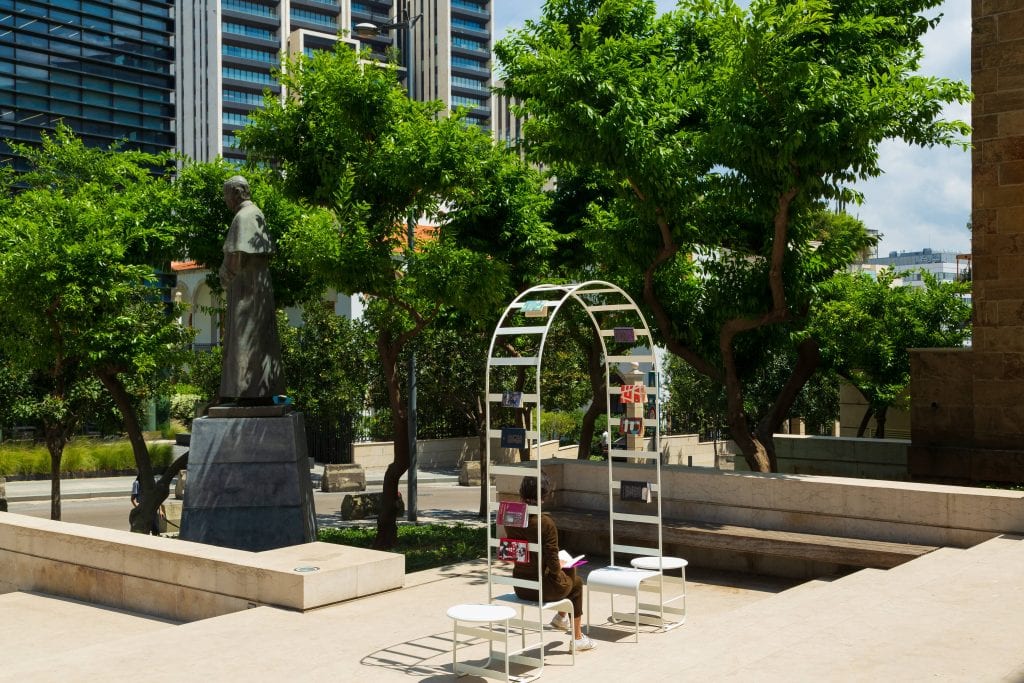 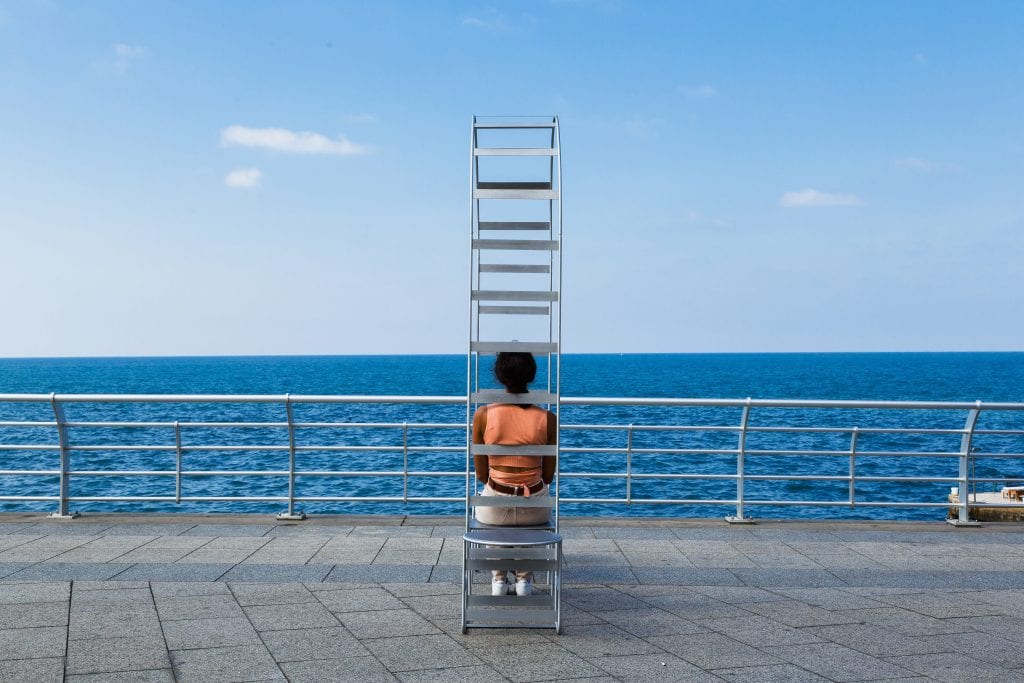 SCALE talks to the Tessa and Tara to find out about the core philosophy of the design firm and their plans for the future. 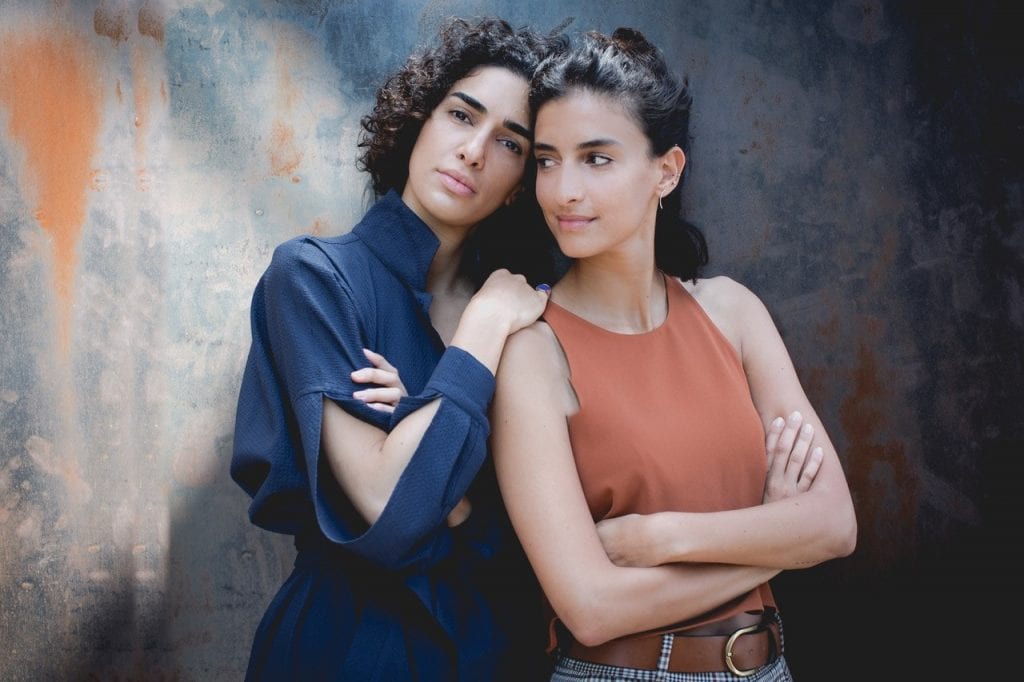 SCALE: How did the idea for this intervention come about?

The idea for the interventions came from our need as citizens to appropriate our city again. Today, Beirut is unfortunately over-constructed, congested with buildings and construction sites, punctuated by privatised gardens, placettes and beaches, and blocked with security barriers. There are barely any public spaces and greenery for the citizens to enjoy and to feel free in the city.

What is the message that you wanted to impart to the users?

It is important for people to re-appropriate their own city and streets. After all, they are the real designers of the city as they are the ones surprising us with new ways of using any of our interventions.

Public interventions and installations are the ones giving meaning to the design world today, which is unfortunately lost in the midst of aestheticism. We consider public interventions as elements exhibited in the most beautiful public gallery: the city. How wonderful is it to have a city as a gallery space, full of people’s creative expressions! The city invites any person, from any cultural background, and any social class to enjoy culture, art, and design.

How has working in projects like this helped you understand the country you live in, Lebanon which is known to be a country that faces every ordeal with a smile?

After encountering various difficulties while implementing these installations in the city centre, it was an even bigger confirmation that an illusion of freedom has been constructed within our city, our country. Growing up in a country in constant resilience, we learned how to acknowledge any obstacle, and fight it by transforming into something positive.

What are the other design projects that have excited you and what is your design philosophy?

Another project, which we had the joy to develop last summer, was “Silent Echoes” our fleeting dining installation: a parody on today’s world of individualism, self-absorption and obsession with technology. We aimed to highlight the contemporary reality of the act of dining or even so the act of socialising through virtual interactions. To define our design philosophy in one sentence, it would be: creating hybrid works that are often playfully subversive and provoke new modes of human interactions.

What next for the design duo?

We recently finished the interior architecture of a Mediterranean restaurant/épicerie in Paris called Adar, we are designing the interior of a house in Milan and a loft in Jisr el Wateh in Beirut. In parallel we are working on our new tableware collection in Murano in Venice, we will be exhibiting our Murano vase collection (with recuperated metal waste) in Paris from the September 5 to 8, as part of 1000 Vases and finally we are scripting our fourth short-film that will be shot in one of the spaces we designed. 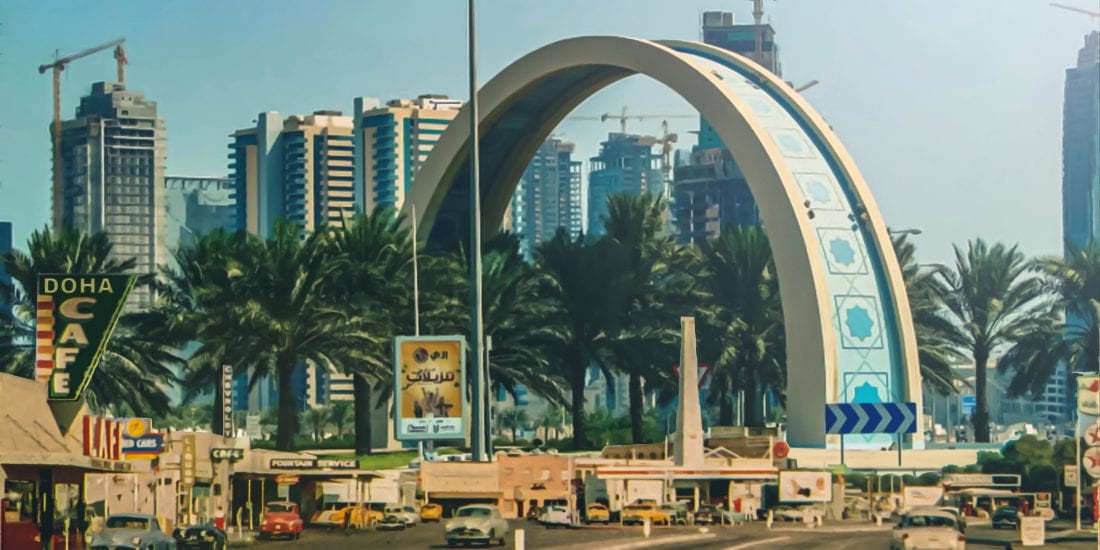 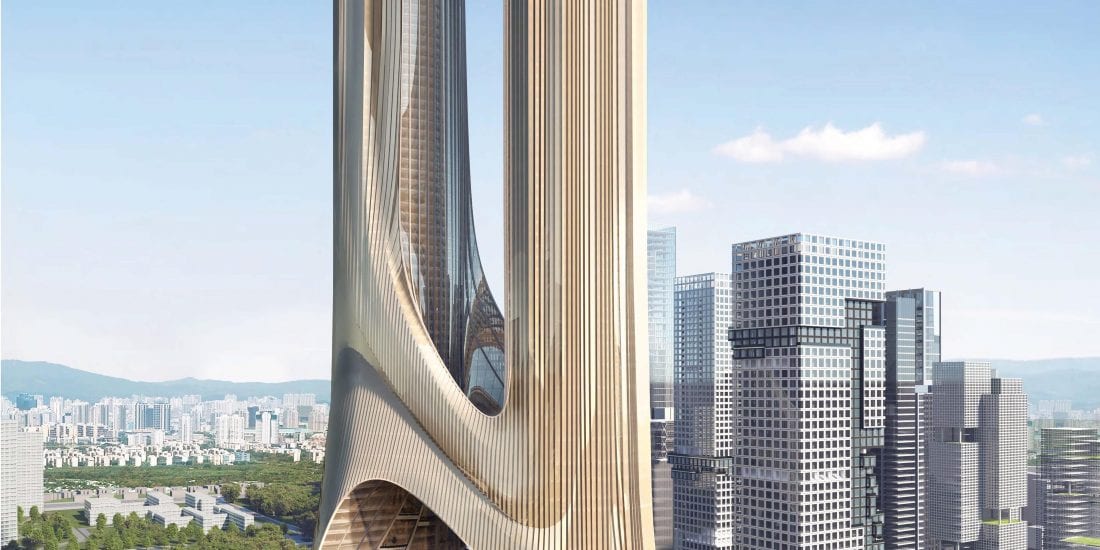 Zaha Hadid Architects Designs a City Within a Tower 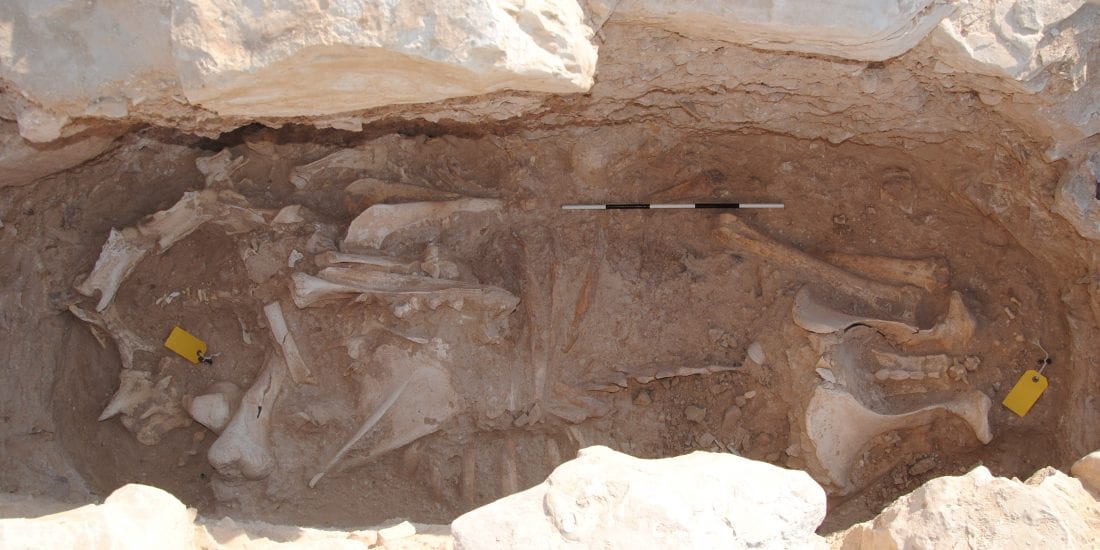 The Department of Archaeology at Qatar Museums (QM) announced the discovery of new archaeological remains in Asaila,