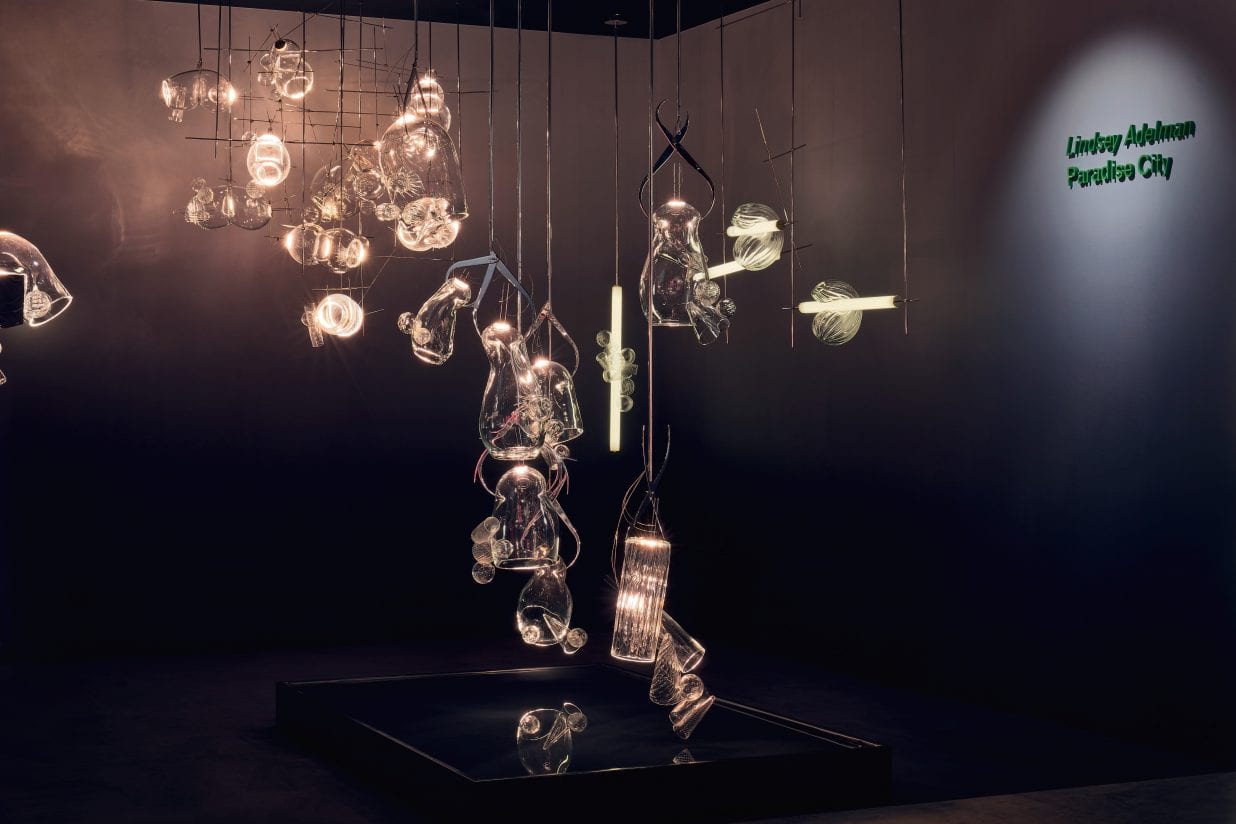 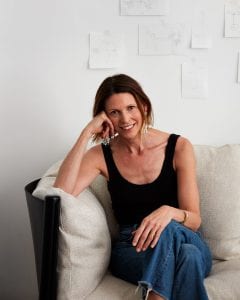 Lindsey Adelman in her studio

For the first time, Adelman has embedded the light source directly on the surface of the glass. A constellation of tangled metal and blown glass is suspended above a body of water, reflecting the luminous forms and evoking Adelman’s poetic and lyrical references from W. Somerset Maugham and Guns ‘n’ Roses’ Axl Rose. Paradise City is comprised of a web of refined graphic lines with clear glass pieces clinging to a delicate framework of decorative scaffolding. Large-scale polished steel pendants, pinching glass, sit intertwined and alongside white cylindrical forms wrapped in yet another glass form. The designer has worked with fine elements in a heavy-handed manner to pose a tension between the fragile and the robust, the ephemeral and the permanent. 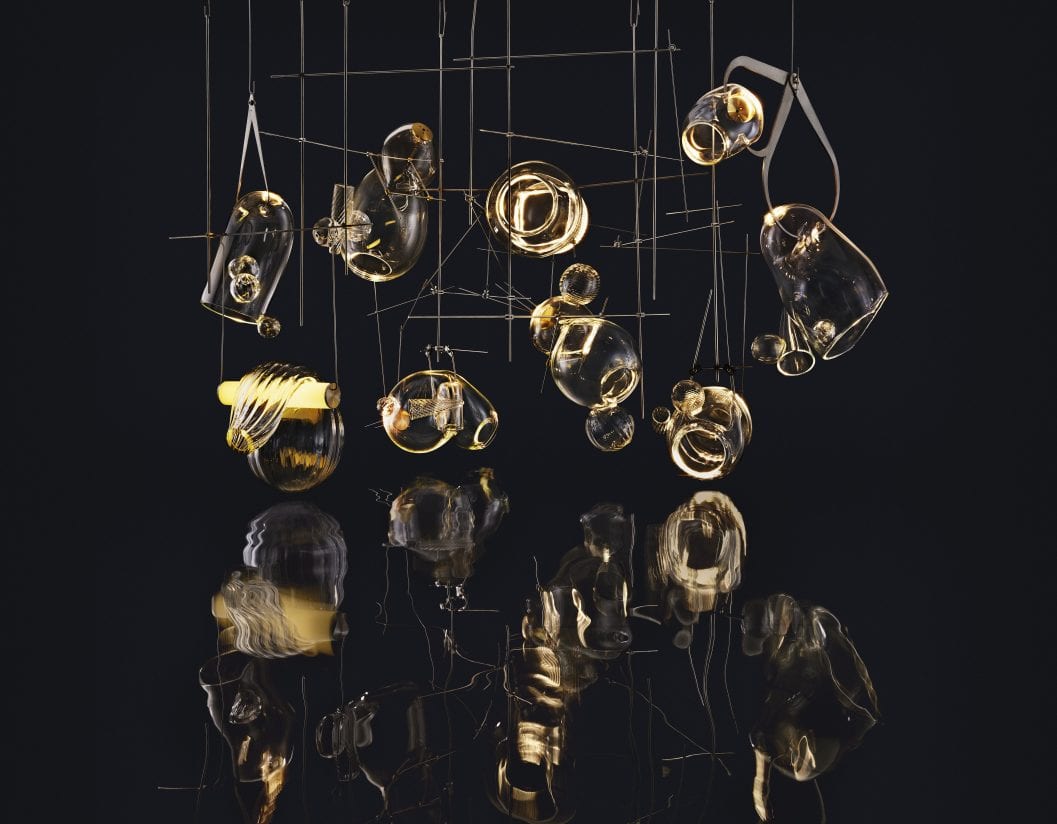 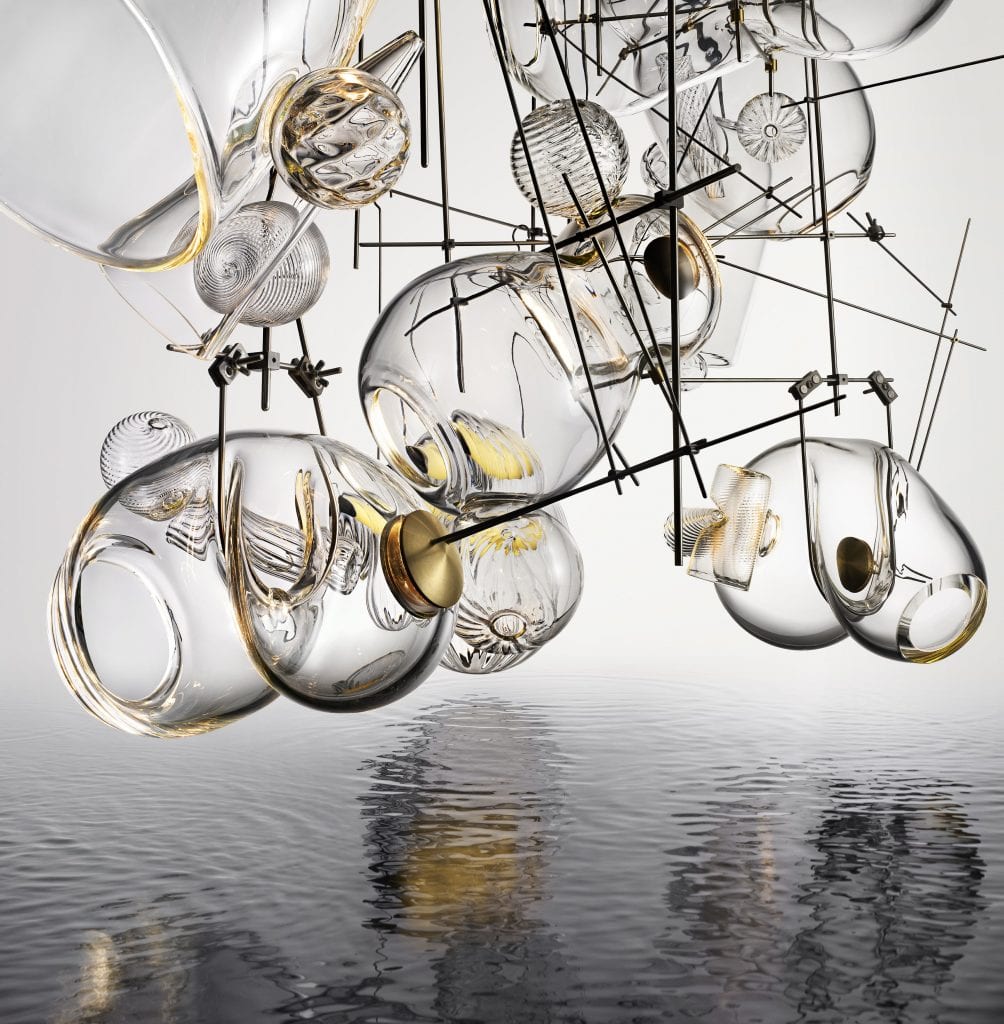 In keeping with the intersectionality of Adelman’s previous work, Paradise City straddles the lines between lighting and fine art, design and sculpture.

In an evolution of the designer’s existing approach, this experimentation sees a mixture of fabrication techniques being used, some of which have been derived and adapted from old Venetian glass-blowing practices. 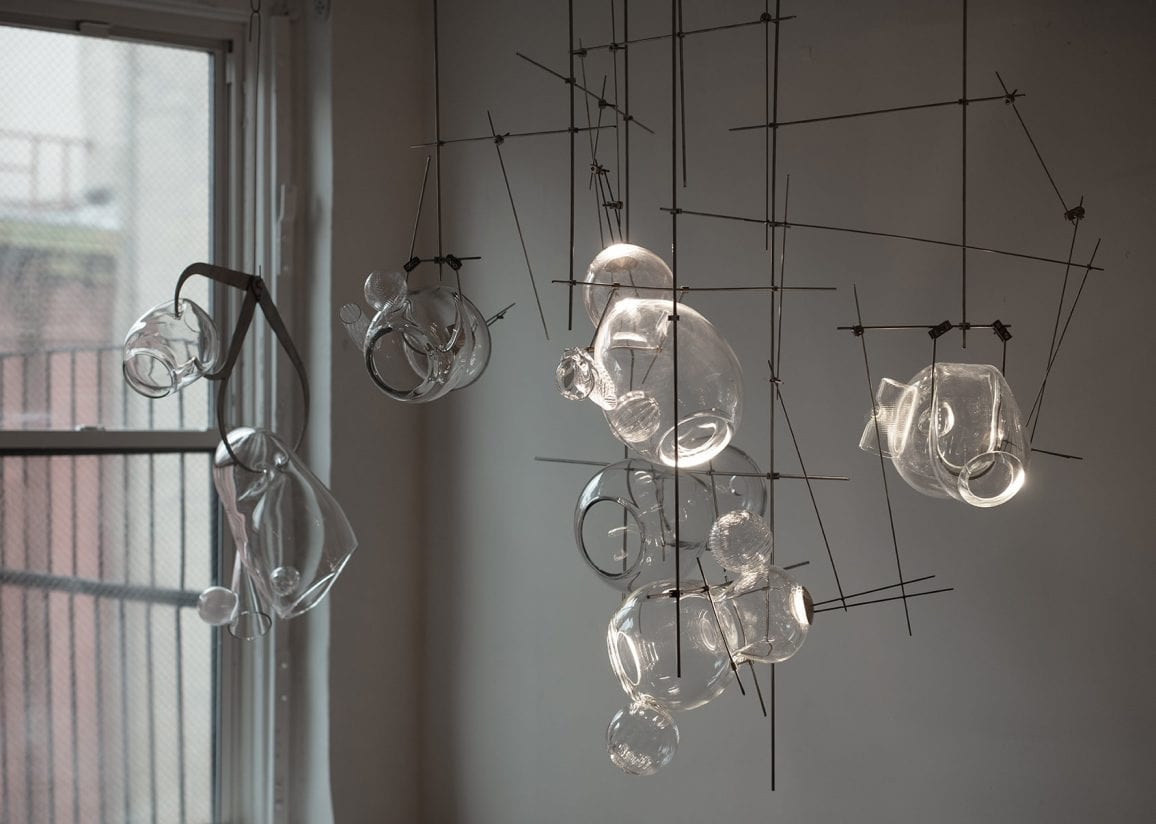 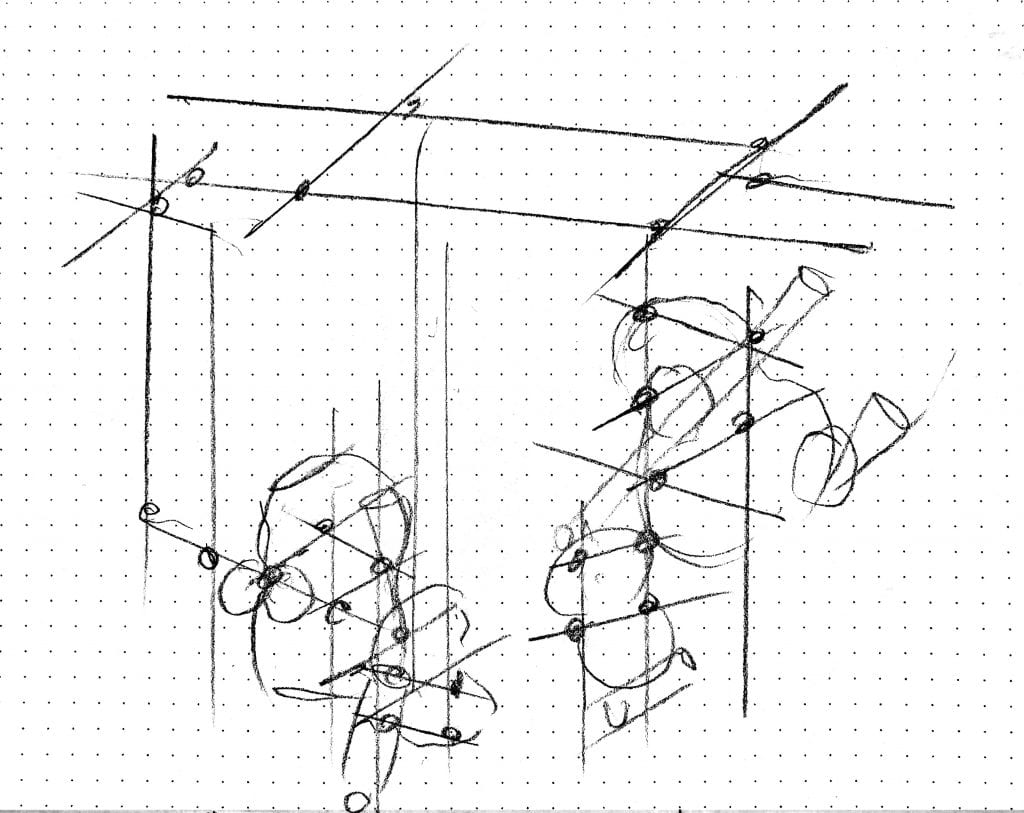 As such, Paradise City represents an entirely new method of embedding the light source in the surface of the glass and rendering the technology virtually invisible. The focal point becomes the sensation created by the light rather than the light source itself.

“My hope with this work is to comment on the all-too-familiar human struggle where we hold onto moments in time – a force out of our control” says, Adelman. “The glass is seen to represent the incessant flow of time, while the structure represents civilisation grappling with it.” 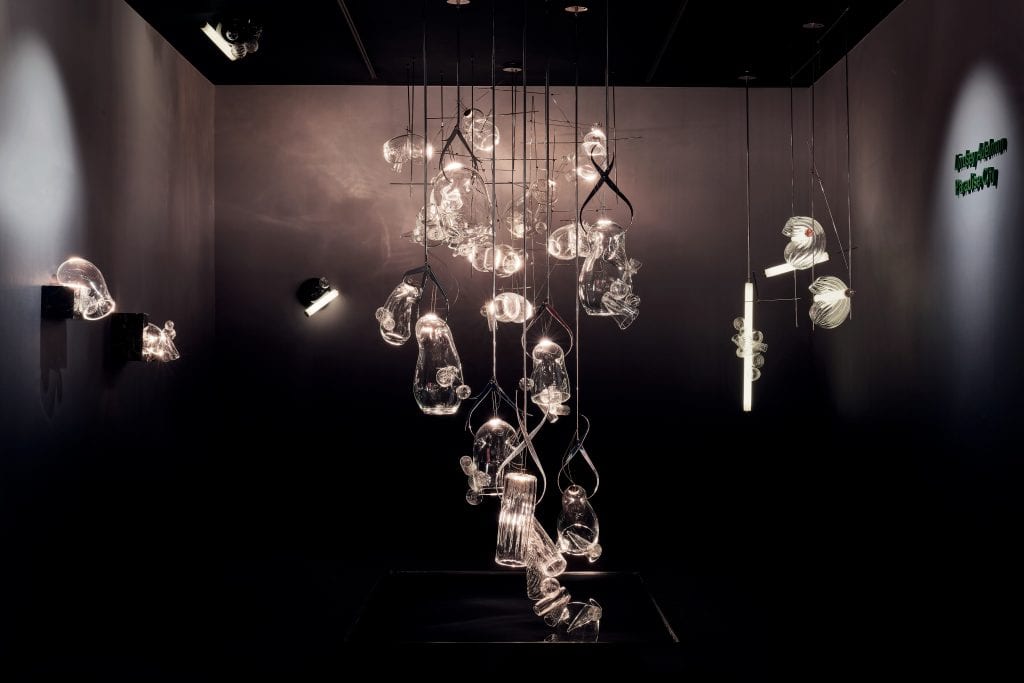 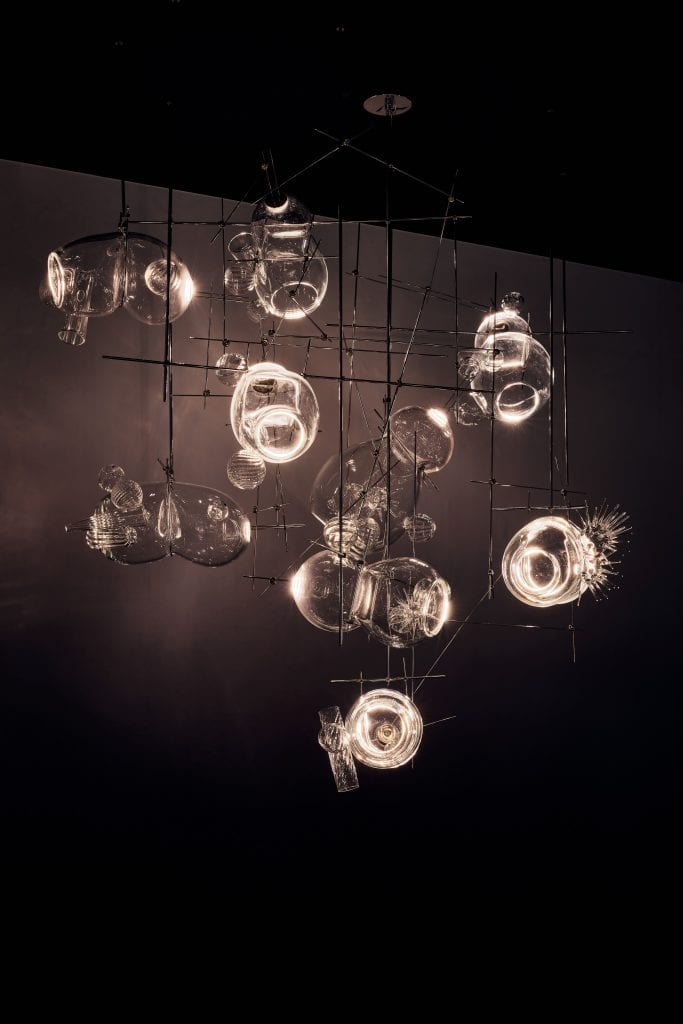 As part of the Curio programme at Design Miami/Basel which showcases varied environments indicative of today’s design landscape from a range of creatives – the new collection will be displayed hovering over a reflective pool of water and situated within a dark-lit environment.