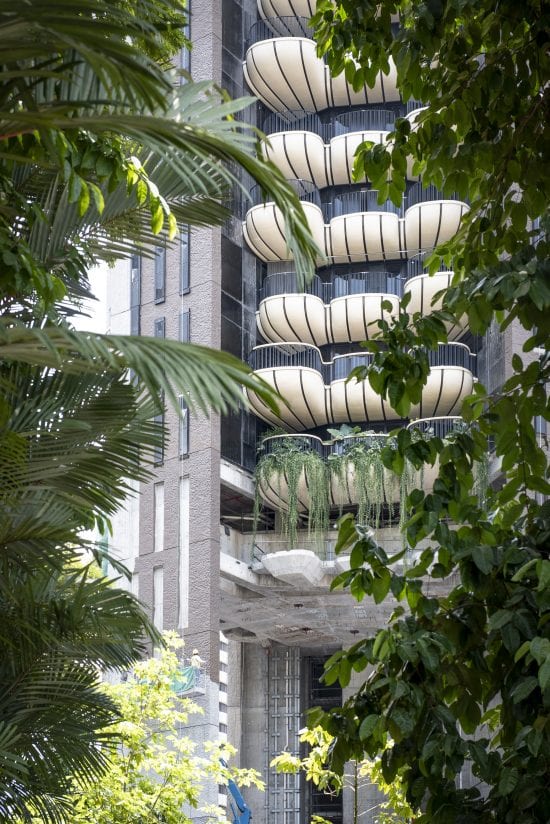 Heatherwick Studio embraces Singapore’s commitment to be a City in a Garden Concept to bring about the Eden residential project.

Heatherwick Studio unveiled designs for a new residential project in Singapore. Located in the historic Orchard Road neighbourhood of Singapore and commissioned by Swire Properties, the 104.5 metre building – the first residential project in Asia by the studio – offers a unique response to its location that entwines nature with city apartment living. ‘EDEN’ is designed to resemble a spine blade: simple vertical rectilinear plains with slim windows form the blade with generous garden balconies situated in between. This approach grants privacy for each of the twenty apartments and allows for a generous central living space that forms the heart of each residence. The unconventional concrete walls are moulded with a topographical map of Singapore’s terrain which has been abstracted to create a unique three-dimensional texture. The focus on creating a garden for each apartment is in response to the disconnection between high rise apartments and the lush greenery at street level in Singapore. Responding to Lee Kuan Yew’s original vision of Singapore as a ‘city in a garden’, the design extends the landscape of Singapore upwards through the building with a series of hanging gardens, connecting the interior living space with the outdoors, providing views of Singapore’s green landscape. 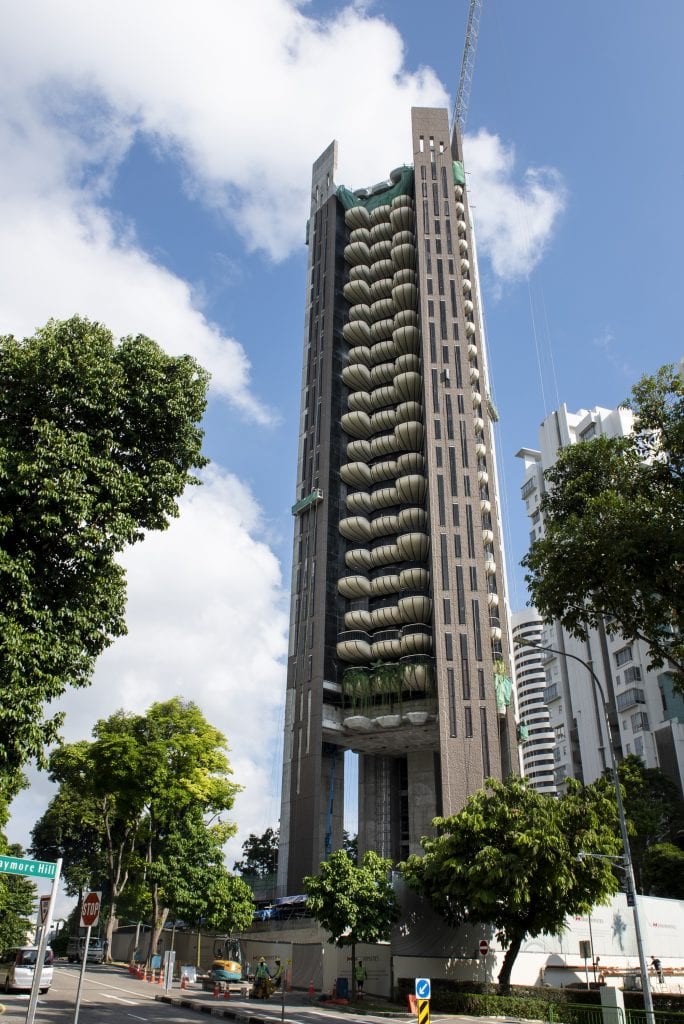 “Like most global cities, Singapore’s skyline is filled with angular steel and glass towers. With Swire   Properties we wanted to create something distinctive that represents Singapore as a city in a garden, and recreate the verdant backyard access once ubiquitous across homes here. Instead of glass-clad edifices with token balconies, each home within ‘EDEN’ will have a lush garden right at the doorstep with organic and generous living spaces achieved by breaking up the traditional boxy floorplate,” says Thomas Heatherwick, founder of Heatherwick Studio.

Adrian To, Director of Residential at Swire Properties said, “We are delighted to unveil our maiden development in Singapore in such a fantastic location, and to partner with internationally acclaimed designer Thomas Heatherwick, to set a new benchmark for luxury residences in Singapore.”

The studio’s first project in Singapore, the Learning Hub (now known as The Hive) at Nanyang Technological University, opened in February 2015.  In addition to the residential project for Swire Properties, the studio is also currently working on a new terminal for Singapore’s Changi Airport with KPF.