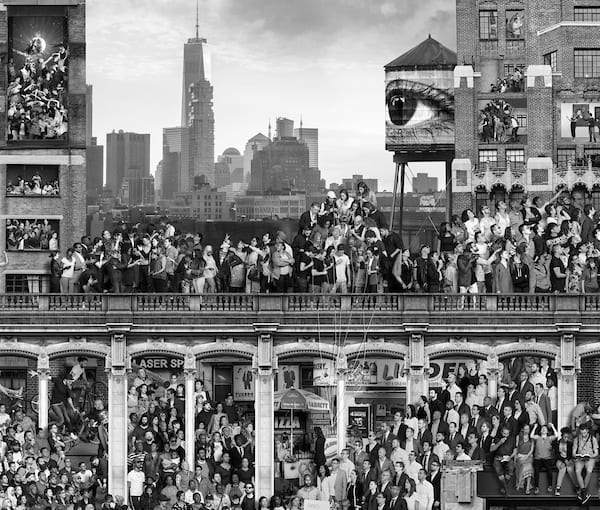 JR and The Power of Storytelling Through Public Art

The Brooklyn Museum, New York, presents the largest solo museum exhibition to date of the internationally recognized artist JR, featuring some of his most iconic projects from the past 15 years. 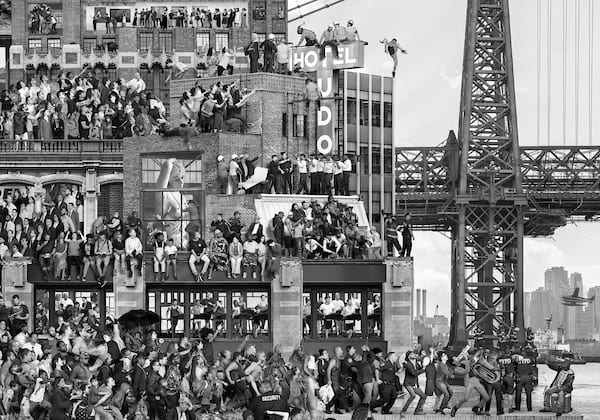 JR: Chronicles also marks the debut of a monumental new mural, The Chronicles of New York City, which features more than 1,000 people who were photographed and interviewed in New York City during summer 2018. The exhibition highlights JR’s use of art to foster conversations and collaborations with communities around the globe. JR: Chronicles took up over 20,000 square feet of the Museum’s soaring Great Hall, and has been on view from October 4, 2019, through May 3, 2020. The exhibition is curated by Sharon Matt Atkins, Director of Exhibitions and Strategic Initiatives, and Drew Sawyer, Phillip Leonian, and Edith Rosenbaum Leonian Curator, Photography, Brooklyn Museum.

“Over the past two decades, JR has emerged as one of the most powerful storytellers of our time,” says Drew Sawyer. “Working at the intersections of photography, social engagement, and street art, his collaborative public projects have allowed participants to choose how they would like to be represented in both their communities and the global media.” 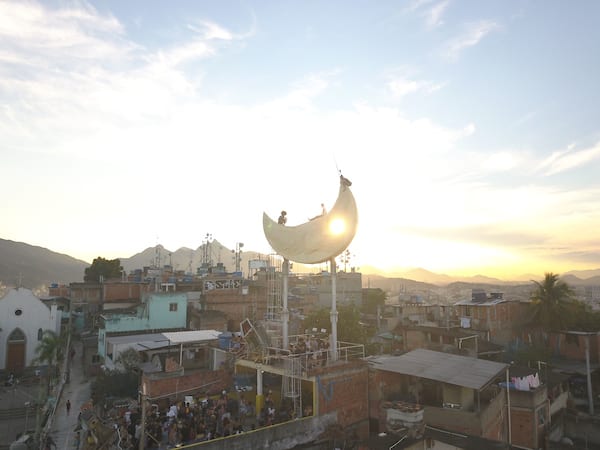 Debuting as part of JR’s first major exhibition is his new monumental work, The Chronicles of New York City, inspired by the people and stories of New York City. Building on the legacy of the murals of Diego Rivera, JR imagines how an entire city can be represented through art, creating a collective portrait while telling the unique story of each individual. In the summer of 2018, JR and his team spent a month roaming all five boroughs of New York City, parking their 53-foot-long trailer truck in numerous locations and capturing photographs of any passers-by who wished to participate. The resulting mural includes more than 1,000 people, who were photographed and interviewed, with each person choosing how they wanted to be represented in the final piece. 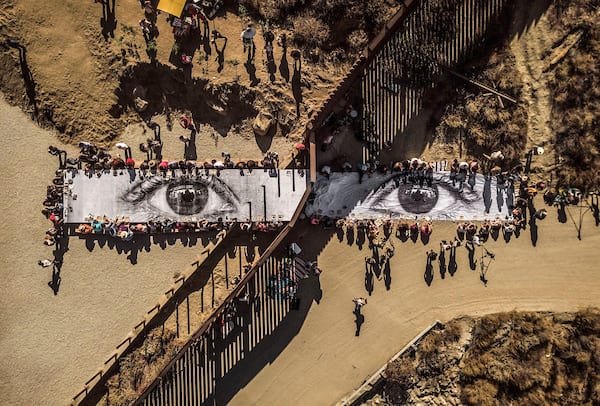 Through his powerful storytelling abilities, collaboration with and commitment to community, and willingness to question power structures and institutions, JR has re-invented the medium of photography in the 21st century. Showcasing photographs, dioramas, films, and documentation of the artist’s installations, this major exhibition, and borough-wide installation demonstrates how and why JR’s practice has managed to both captures the imagination of audiences worldwide and expand the meaning of public art through participatory projects that give visibility and agency to a broad spectrum of people.

JR is a TED Prize winner, Oscar-nominated filmmaker, and one of Time’s 100 most influential people of 2018. He has received critical acclaim for his global art projects that bring together diverse groups of participants and create dialogue around critical social issues, from women’s rights to immigration to gun control. JR spotlights communities across the world by photographing individual members of those communities and then wheat pasting their images—sometimes illegally—at a monumental scale usually reserved for advertisements featuring models, celebrities, and politicians. These installations are deliberately placed in public spaces near or within the communities with whom JR has partnered, allowing the individuals portrayed to remain at the center of the discussions prompted by the artist’s work. 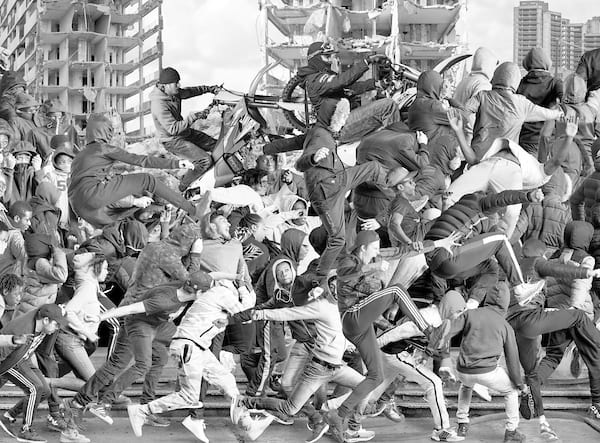 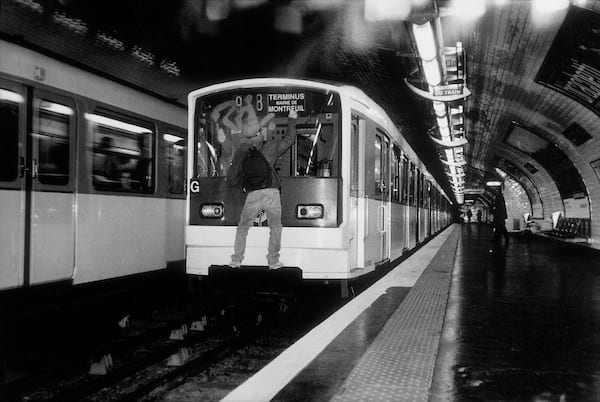 The first section of the exhibition traces JR’s artistic evolution, focusing on his commitment to community, collaboration, and civic discourse. Early photographic projects are featured, including Expo 2 Rue (2001–4), where he documented and pasted photocopies of his community of graffiti artists in action, using the streets as an open gallery. Portrait of a Generation (2004–6) features portraits of young people from Les Bosquets, a housing project in the Parisian suburb of Montfermeil that became a central location for countrywide riots in 2005 amid rising socioeconomic and police tensions. JR and his friend Ladj Ly, a filmmaker and resident of Les Bosquets, worked with the community to capture portraits and then wheat-pasted the images both in Montfermeil and throughout Paris. By bringing the faces of young people from the projects to prominence, JR and his collaborators brought attention to the misrepresentation of these individuals in the media, thereby also challenging the public’s assumptions and biases. 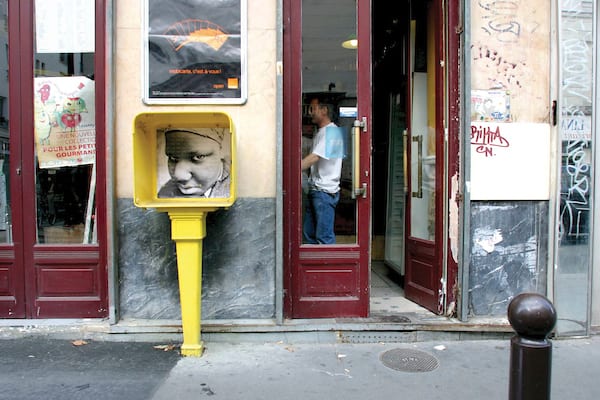 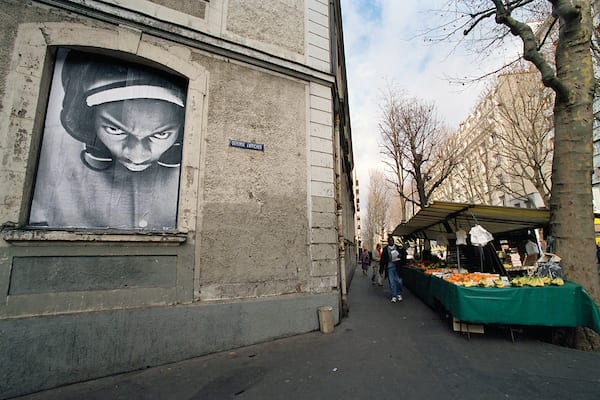 Another portrait of the future generation, @JRARTNET

JR expanded his practice and began to travel globally in the mid-2000s. In 2005, he traveled to Israel and Palestine and began a public art project similar to Portrait of a Generation. Face 2 Face (2007) featured giant portrait diptychs of Israelis and Palestinians pasted on either side of the separation wall and in several surrounding towns. The portraits were of pairs of people—one Israeli and one Palestinian—who lived on opposite sides of the wall yet held the same job: teachers, doctors, athletes, artists, and religious leaders; they were displayed side by side, without any signifiers indicating which were Israeli and which were Palestinian. At the time, it was considered the largest illegal photography exhibition ever made in Israel, spanning over eight cities including Bethlehem, Tel Aviv, Ramallah, and Jerusalem. Photographs, videos, and ephemera from the project are all on view. 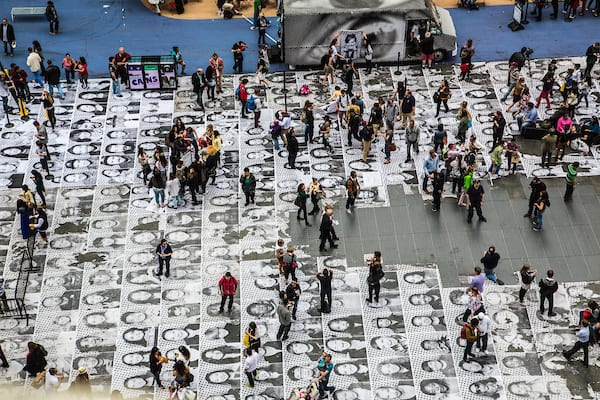 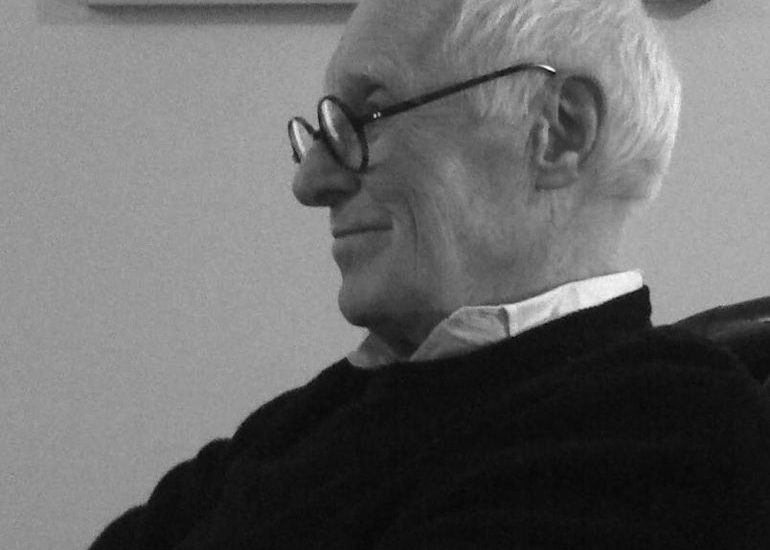 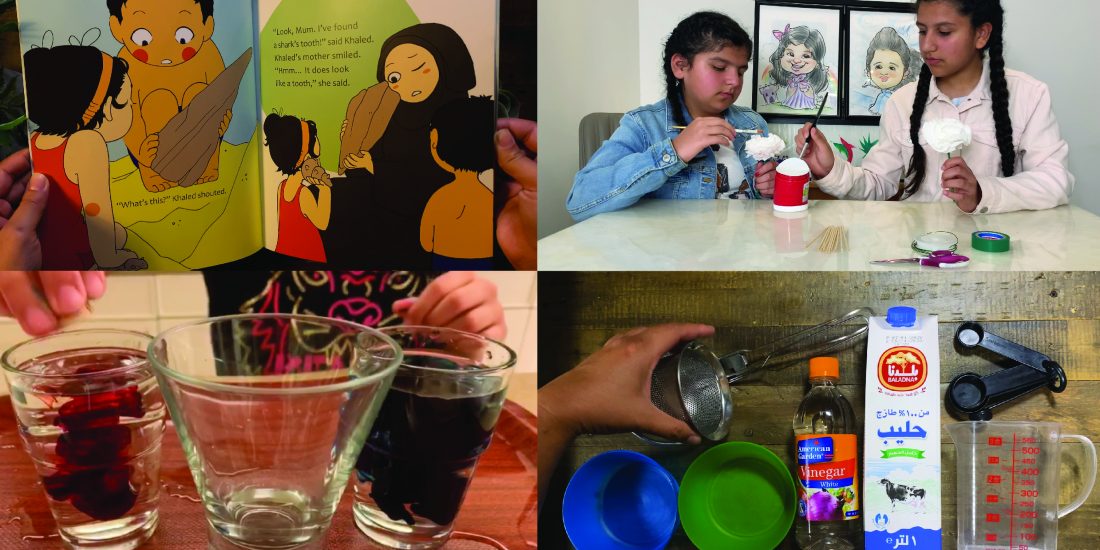 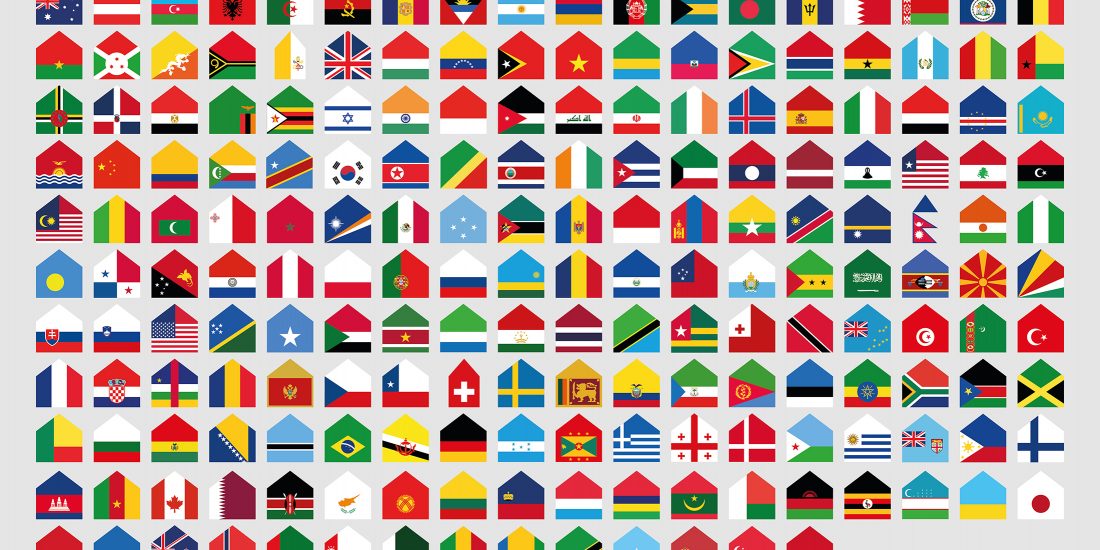 Design in Times of Coronavirus