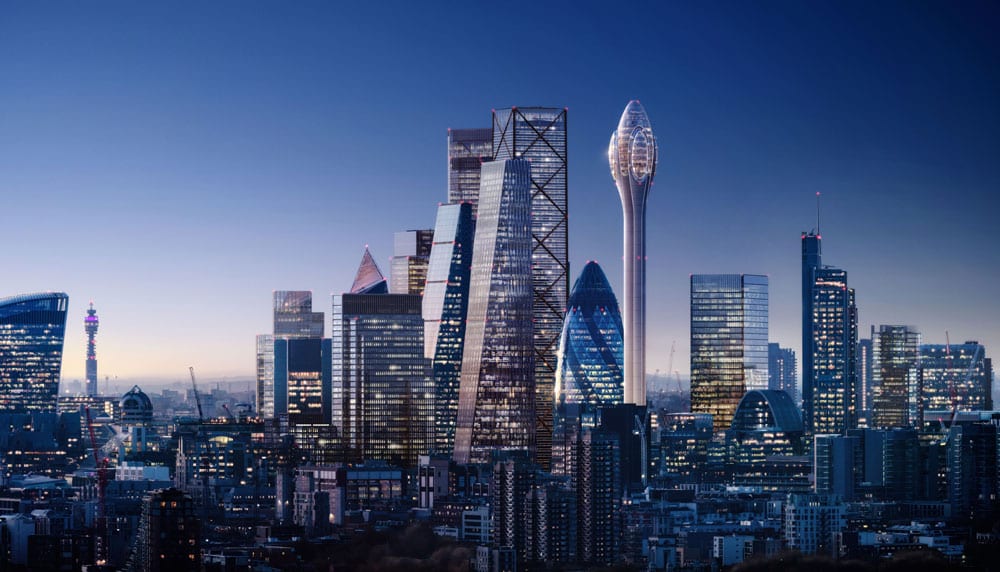 Tulip Tower designed by Fosters and partners took its step towards realization with the planning officials signing off on it. A report by the City Corporation’s chief planning officer had said that the scheme would give London “a new iconic building” with a “bold and striking” form. The 1000-foot-tall (305-meter-tall) scheme would sit adjacent to The Gherkin: one of Foster’s and London’s most iconic structures. 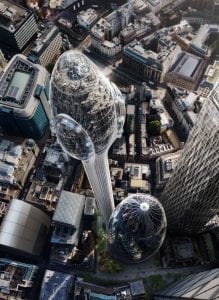 Officials were particularly convinced by the scheme’s proposed education facility, operated by building owners J. Safra Group giving 20,000 free places per year for London’s state school children, and featuring “an unparalleled vantage point to view London from a height of around 300 meters.” Approving the scheme, the City of London Corporation’s planning committee stated their belief that the scheme would boost the area’s economy. 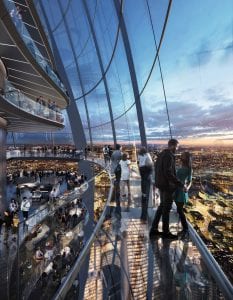 The building features a new two-story entrance pavilion to enhance the existing active ground level of The Gherkin, complete with a public roof terrace, retail, and 284 bicycle spaces. A new pocket park will sit alongside the pavilion, increasing the site’s green surface area by 8.5 times with the help of two green walls.

Work is expected to start in 2020 and it is planned to take five years to complete. Sir Norman Foster, founder of Foster + Partners, said: “It offers significant benefits to Londoners and visitors as a cultural and social landmark with unmatched educational resources for future generations.”

The building had raised controversies when it was initially submitted with Building citing in its page that, the City of London’s skyline has come in for much criticism in recent decades over an allegedly cluttered and uncoordinated visual form that has been disparagingly compared to a “collection of cheap perfume bottles”. While the addition of the Tulip is unlikely to dampen these concerns, the question raised was how a city with buildings that take such forms in the skyline will be taken seriously. 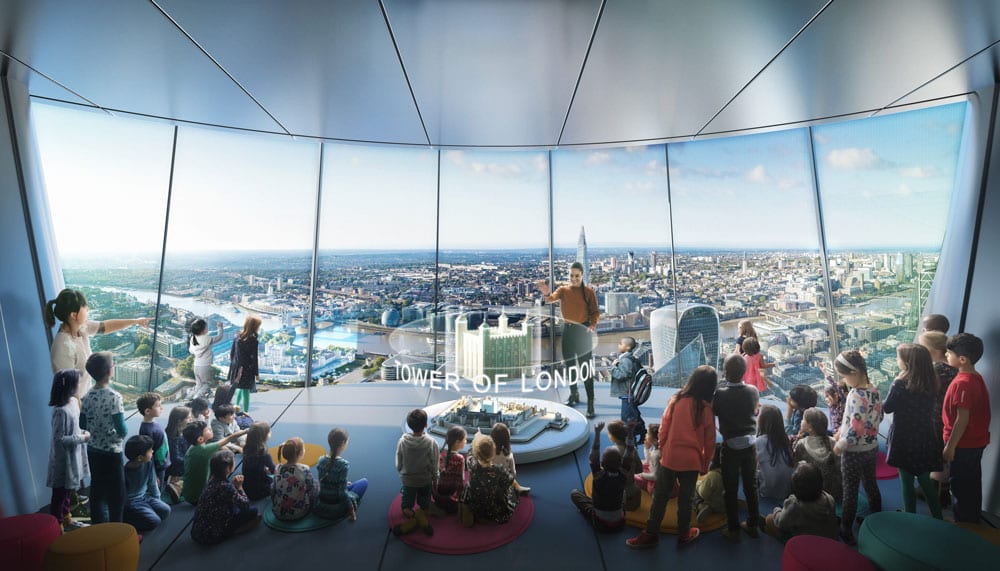 The View From The Tulip Inside 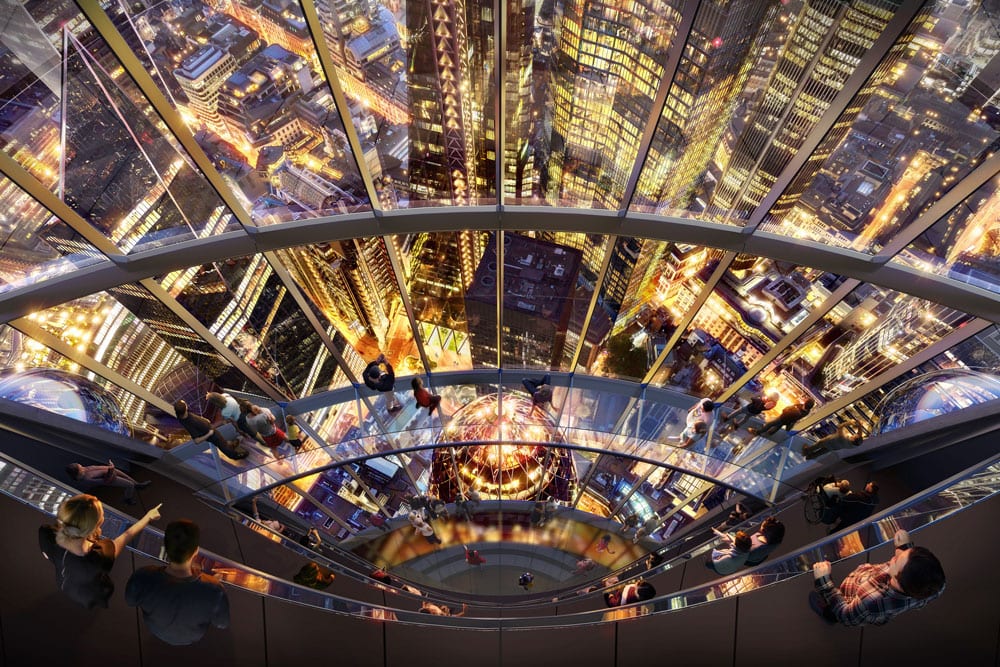 A CGI from inside the Tulip Tower