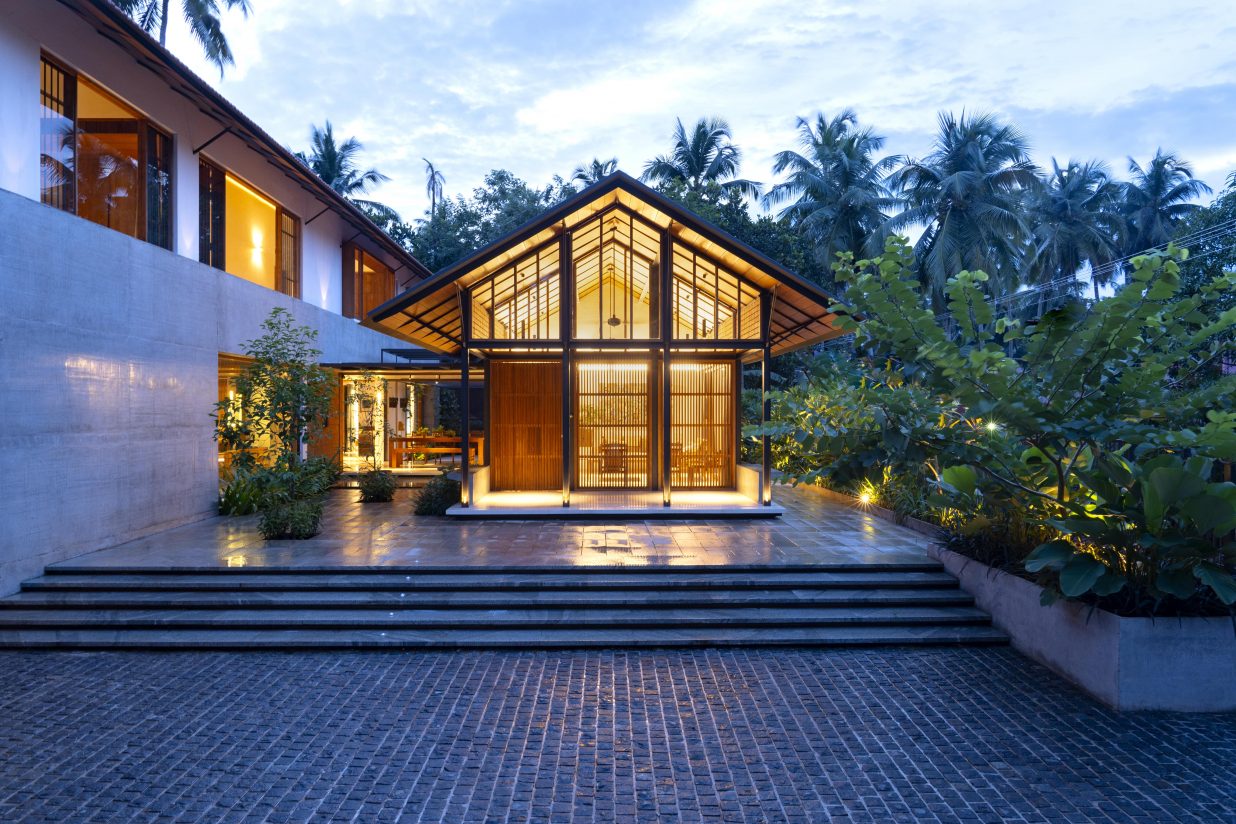 Dhvani House by Thought Parallels sets a humane context while being true to the firm’s design ethos to be relevant, free from monotony with attention to detail. By Aarthi Mohan

The 3500 sq.ft sites are located in a private enclave, away from the chaotic hustle bustle of Calicut (Kozhikode) city. It is well connected to the city. The humanistic desire to be culturally connected to one’s surroundings is reflected in the harmonious architecture; a typology that can be identified with a specific region. 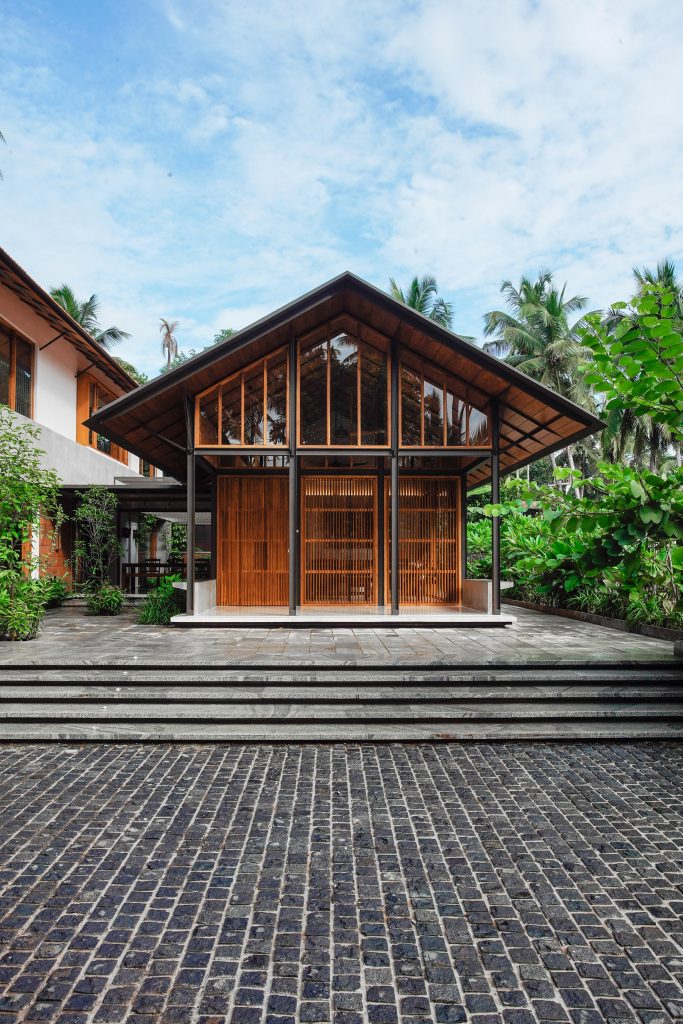 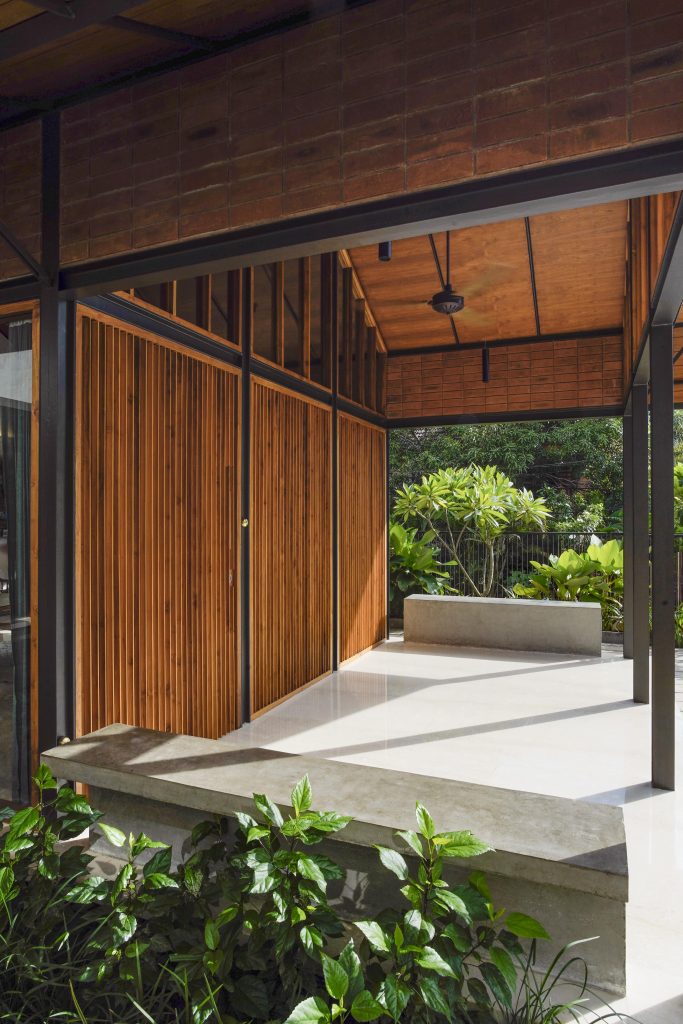 “Ranjit and Renu are a couple residing in Bahrain with their two children Jay and Nanda. They approached us with a clear picture in their mind about what they wanted while designing their house. The couple are very proud of their culture and traditions and wanted to pass on these values to their children, who were brought up in Bahrain a land different from their own, hence a strong need to have a house with a traditional affinity coupled with contemporary styling was what they aspired for, so every visit to the house keeps their children rooted to their family values”, said the architects at Calicut- based design studio, Thought Parallels.

The approach was to respond to the traditional science, extract its essence yet arrive at a fresh and innovative interpretation of the same. A climate-sensitive design with sloping roofs and large overhangs was positioned to combat the heavy monsoons. Semi-permeable spaces such as patio and large expanses of veranda from the dining room take advantage of the tropical climate of Kerala. 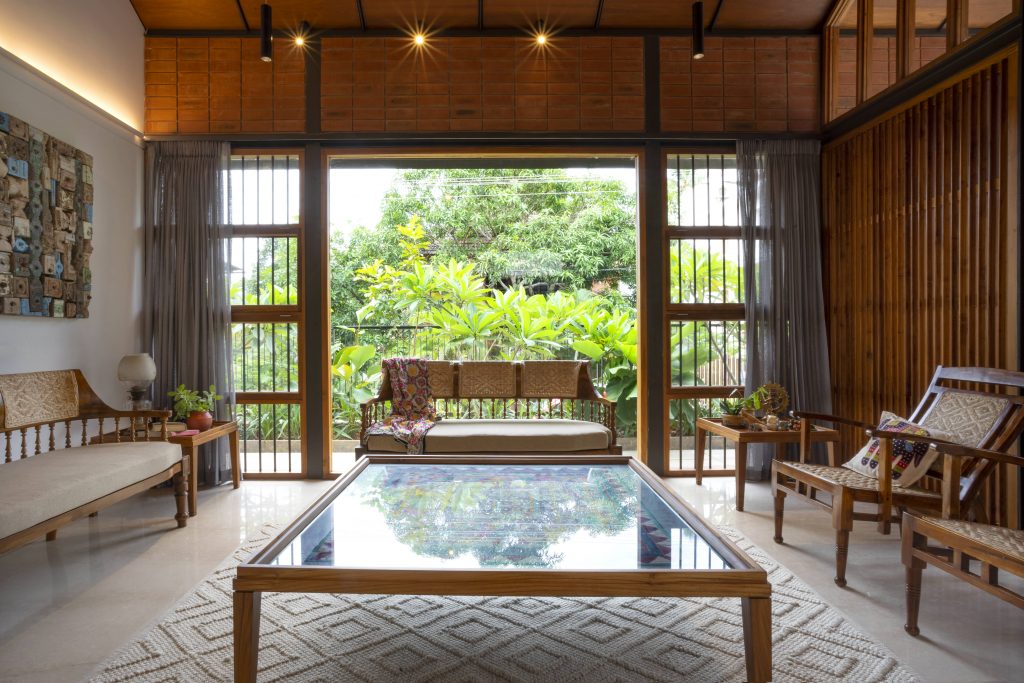 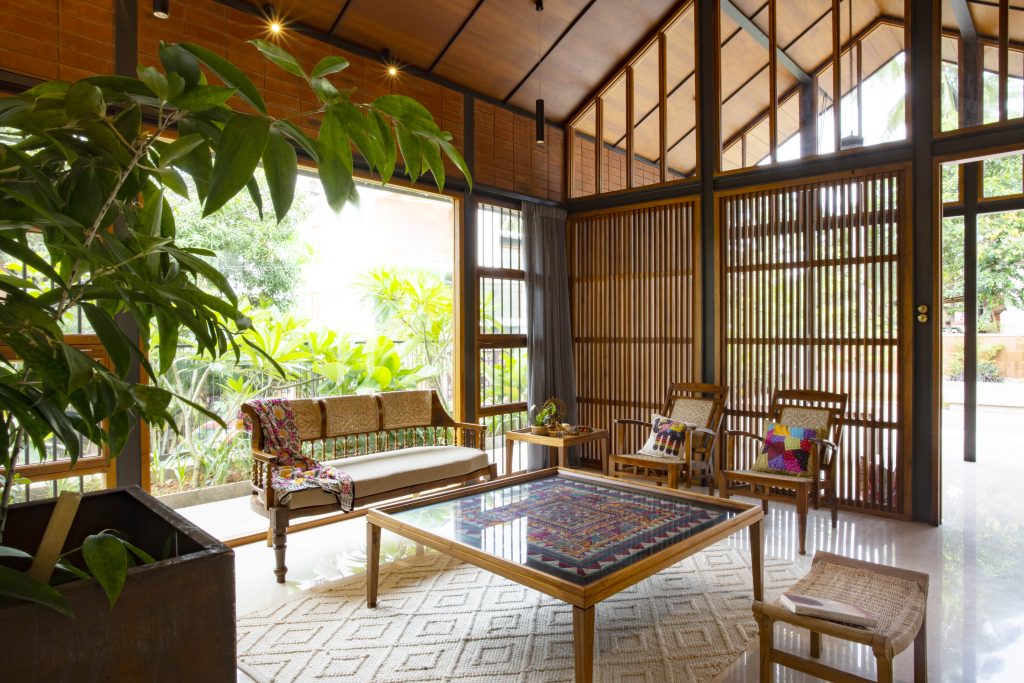 The house’s linear horizontal lines and vast cantilevered roof forms weave around the resident trees, and large expanses of glass blur the spatial boundaries between the garden and the house. One experiences a sense of infinity while walking through the open plan of the living spaces, which are demarcated from one another by sliding bi-fold doors and in some cases, no barriers at all. Instead of having conventionally demarcated spaces, the house spontaneously responds to its surroundings by choosing to dwell upon gratifying views from strategically placed rooms. 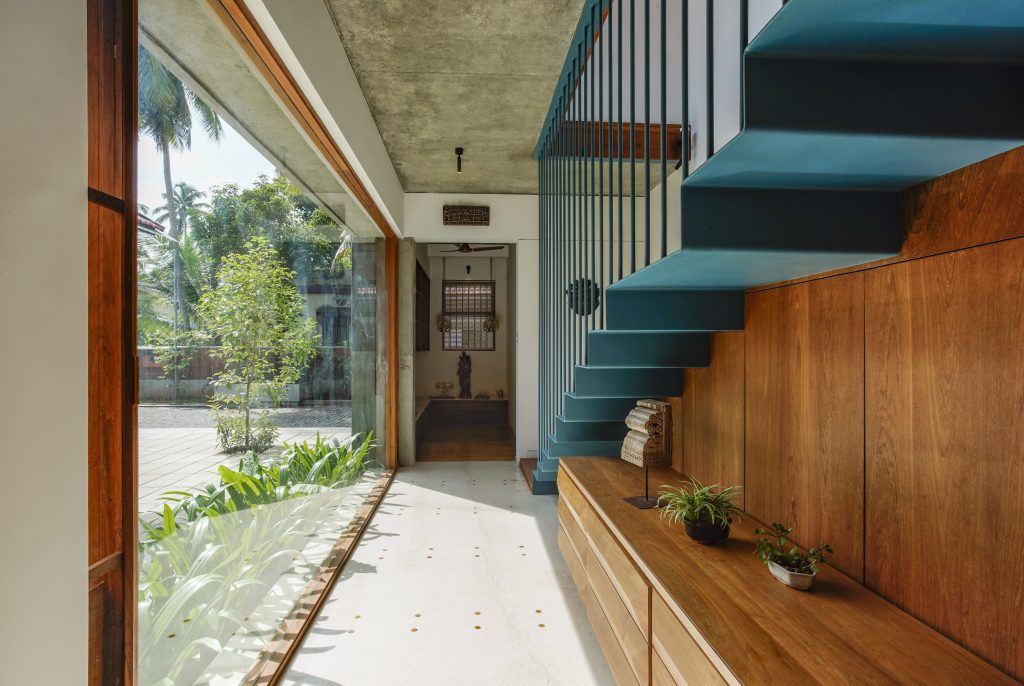 The straight flight, folded plate steel staircase comes together with the lightness of the spaces around it. The spatial flow takes into consideration the family’s requirement of segregating public and private space. The ground floor has a living room, dining room, puja room, entertainment room, two kitchens, and a guest room; while the upper level has two bedrooms, a stair hall, and a covered terrace. There is a blank wall behind the terrace which cuts the heat from the south direction. The dining, open kitchen and family sitting is concentrated in the central hall, which is the prime space in the house. It has ventilation from all four sides of the room, which acts as the lung of the unit which breathes and distributes air to different zones from the central space. 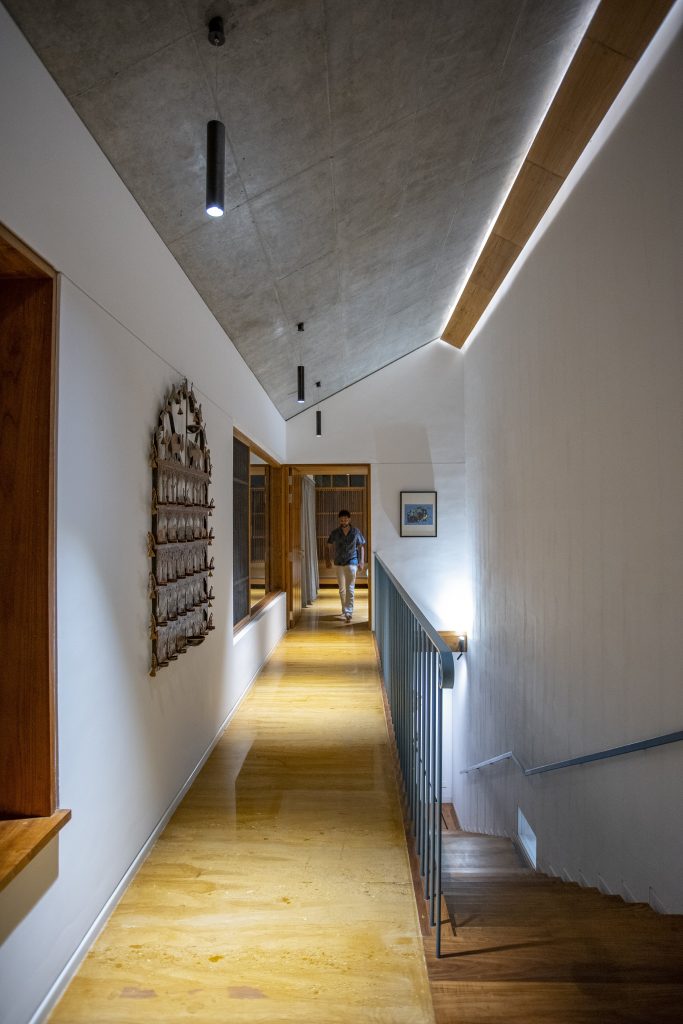 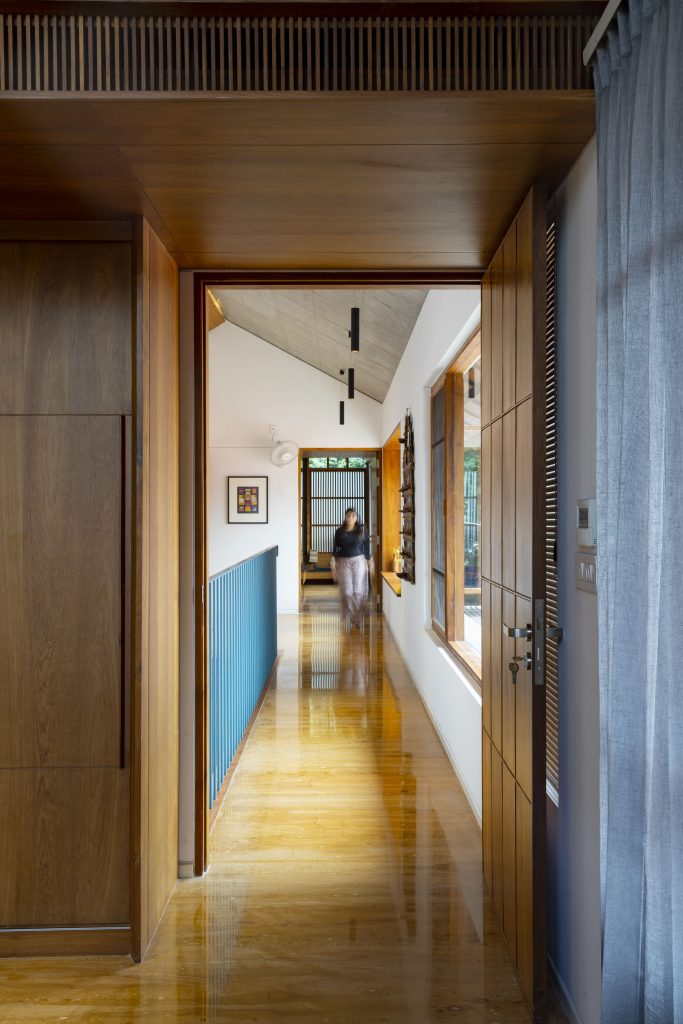 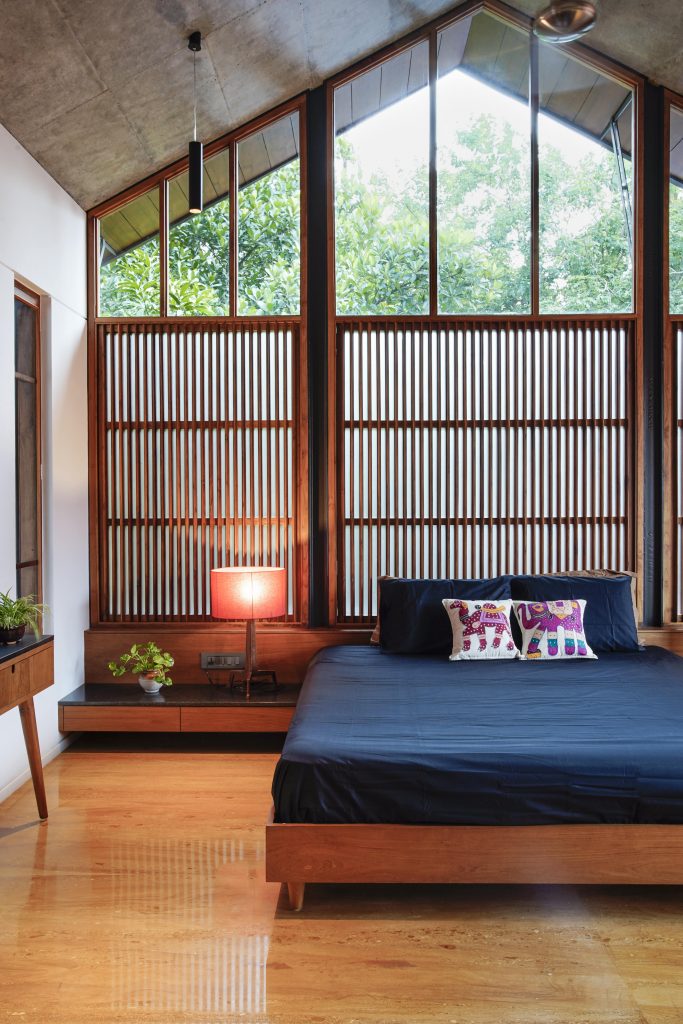 The single-story block is primarily made of steel members to make the structure lighter and landing it a sharply chiseled aesthetics. The slab, bricks, and windows are all tucked in with meticulous detailing. The roof has sound heat and water insulation combined and detailed out. The edge detail of the roof is also custom design for the project which gives a razor-sharp end profile.

“In a nutshell, this project accommodates a traditional Indian family and traditional living principles, but at the same time, it is conceived as an extremely contemporary and modern house. This house represents luxury that is redefined: the luxury of different experiences”, said the architects. 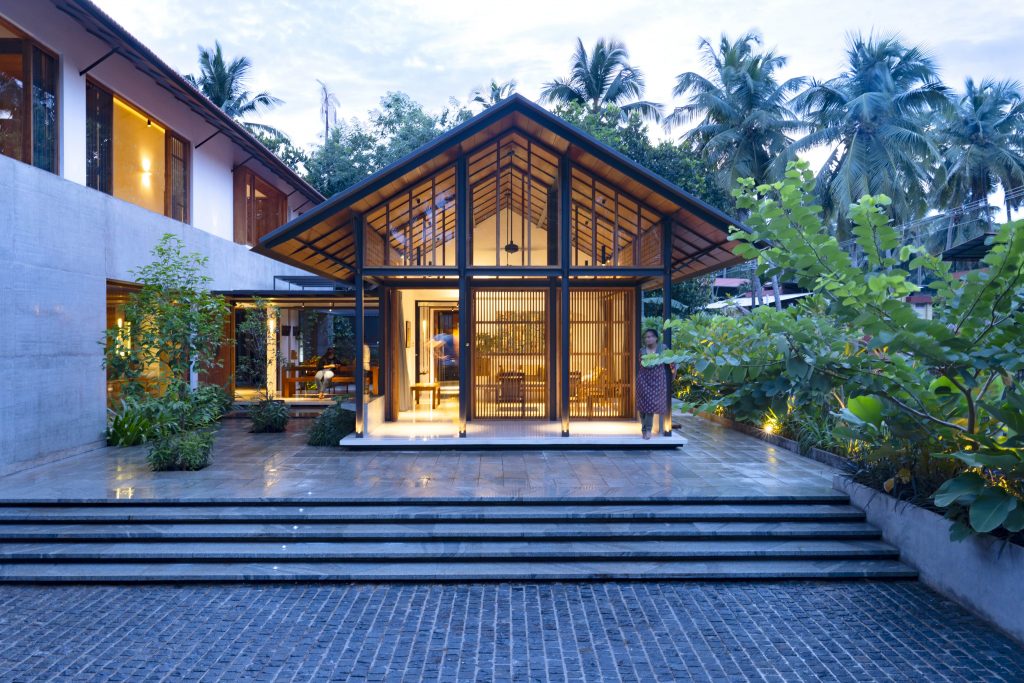 This is the second house that Scale has covered by the same architects, and while their designs seem to reflect the duo’s beliefs of making the architecture sync with the surroundings while they design to the climatic conditions of the place the house is set in, the similarity in facades, architectural material and the contemporary language adopted to express their principles used in the two designs are difficult to ignore. 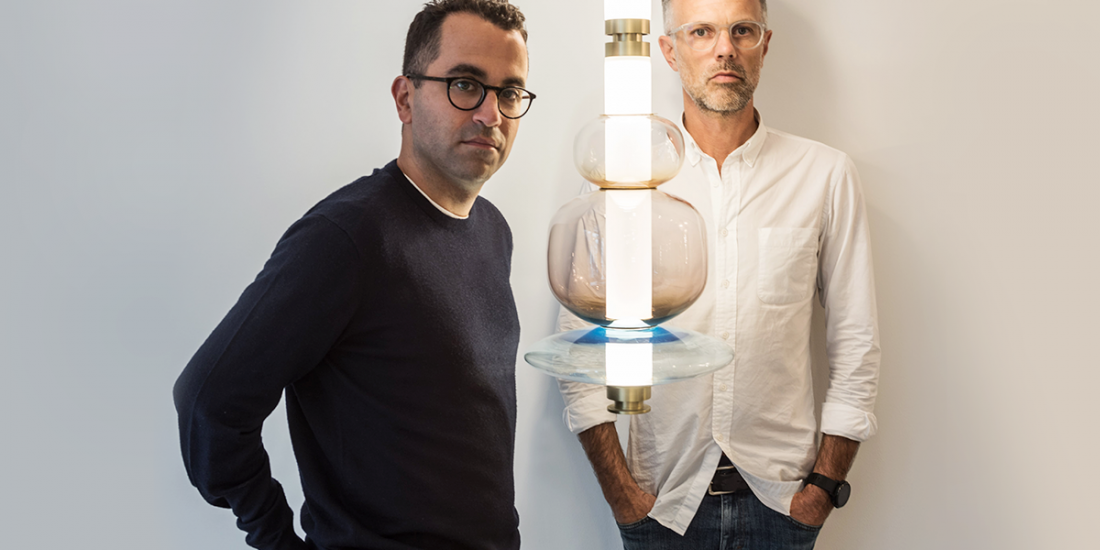 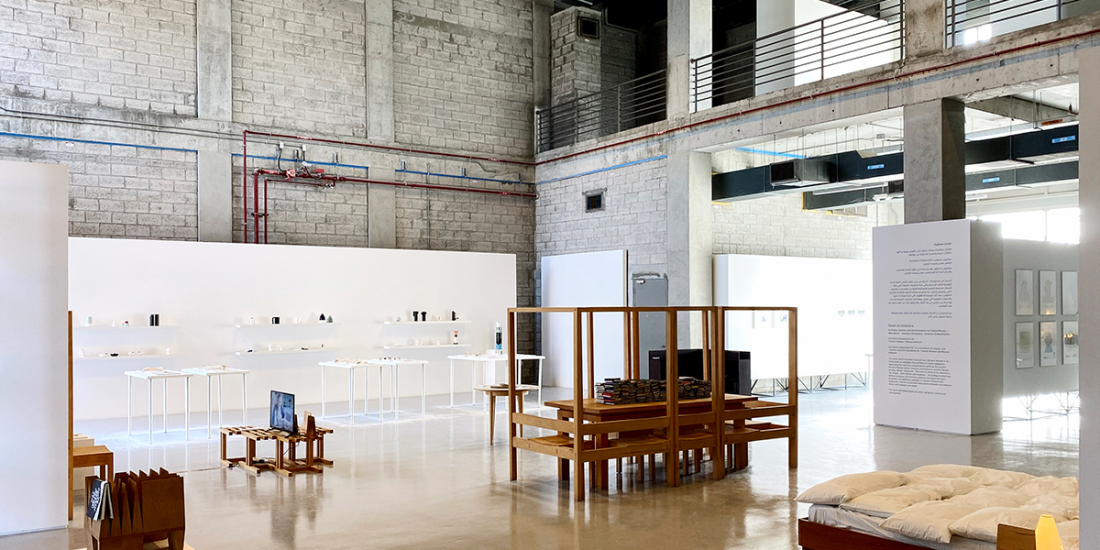 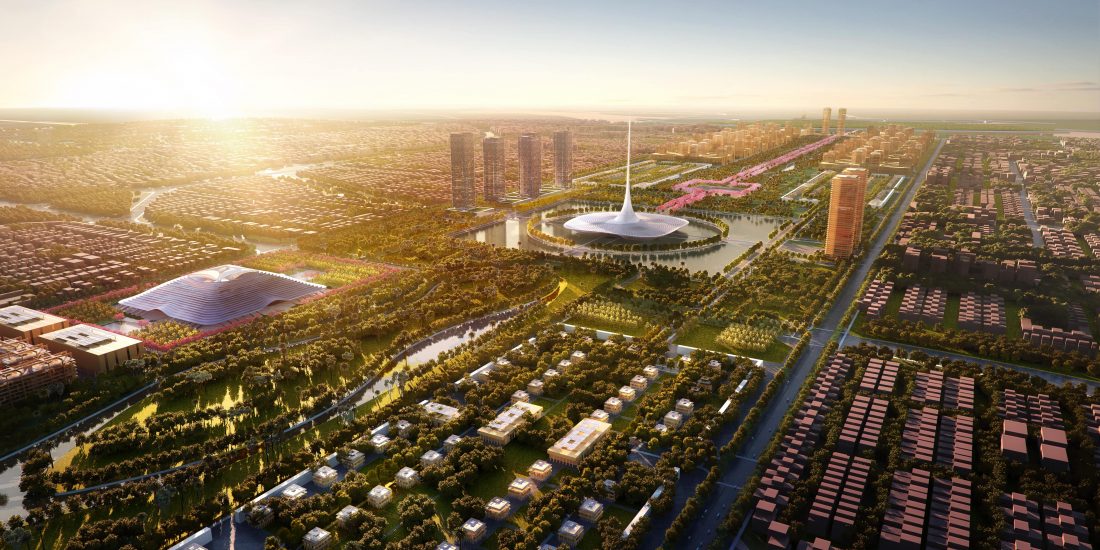