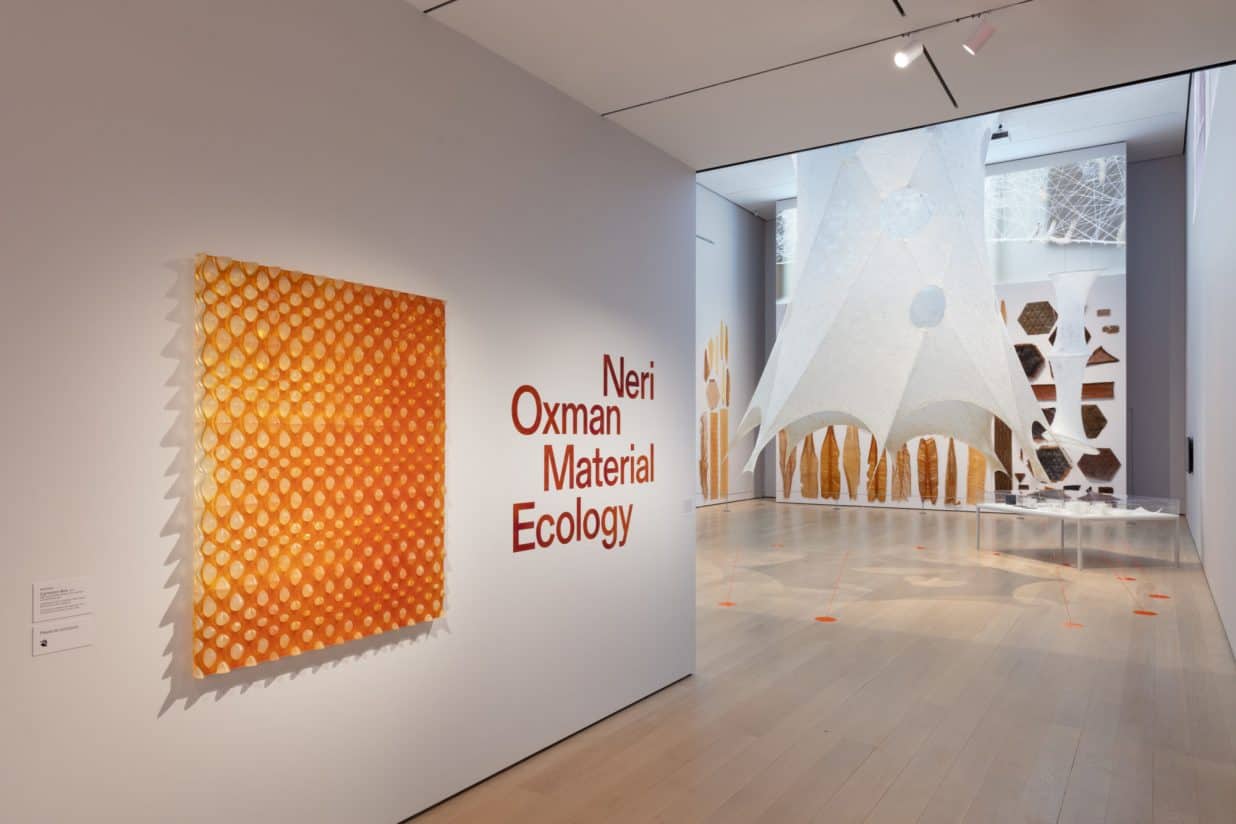 The Museum of Modern Art features the work of an architect, designer, and inventor Neri Oxman: Material Ecology, which includes seven pivotal projects that Oxman has created in the course of her 20-year career, on view from February 22, 2020. Amiya Hisham shines light onto the life and work of this pioneer who is set to transform the methodology of the building amongst other material innovations. 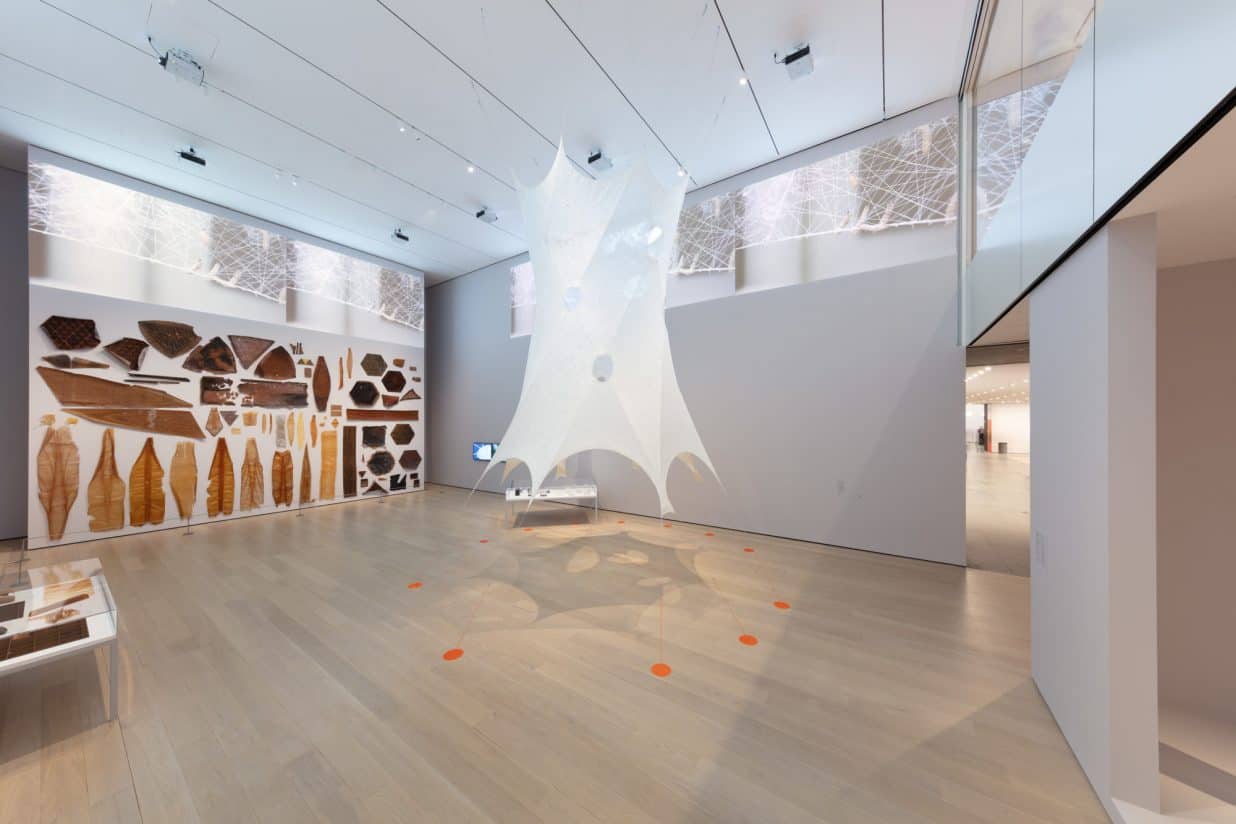 A little more than a decade ago the terms ‘Material’ and ‘Ecology’ may have occupied very disparate contexts in the architectural discourse. And then Neri Oxman, Israeli architect, scientist, engineer, and inventor picked apart the pivot of architectural and design theory, enshrined for a century in the adage ‘form follows function’. Oxman was the first to coin the term Material Ecology as a design philosophy, a scientific approach and a research area that combines data-driven and computational science with the wonders of the natural world to produce multi-functional materials and products. This approach challenges the architectural discourse thus far, asserting the primacy of material and that form is but a byproduct of its respective material. 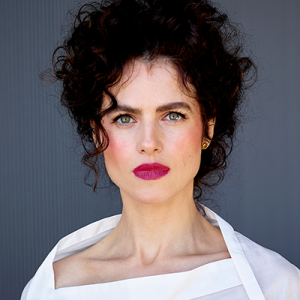 Neri Oxman is the founding director of the Mediated Matter (MMG) research group at the Massachusetts Institute of Technology’s (MIT) Media Lab, where she has been an associate professor since 2017. The group comprises experts and students pursuing computational design, architecture, marine science, molecular biology, and physics. Her work lies at the intersection of these varied disciplines and is mostly made of single materials with multiple functions.

In 2019, Oxman received the Contemporary Vision Award by the San Francisco Museum of Modern Art (MOMA) and an Honorary Fellowship by the Royal Institute of British Architects, adding to the numerous awards in recognition of her work. Her latest ongoing exhibition at MoMA, New York is a compendium of her most critical and speculative work.

Not All Those Who Wander Are Lost
Oxman’s expertise is like the “non-compositional” materials she creates — varied and inter-woven. Oxman grew up in Israel, in the city of Haifa, and her parents, Robert and Rivka, are well-known regionally for their theoretical and computational work.  She attended medical school, then later enrolled in the study of architecture and graduated from the AA London in 2004. In 2010 she founded the Mediated Matter Group(MMG) at MIT, where she completed her doctoral studies as well. 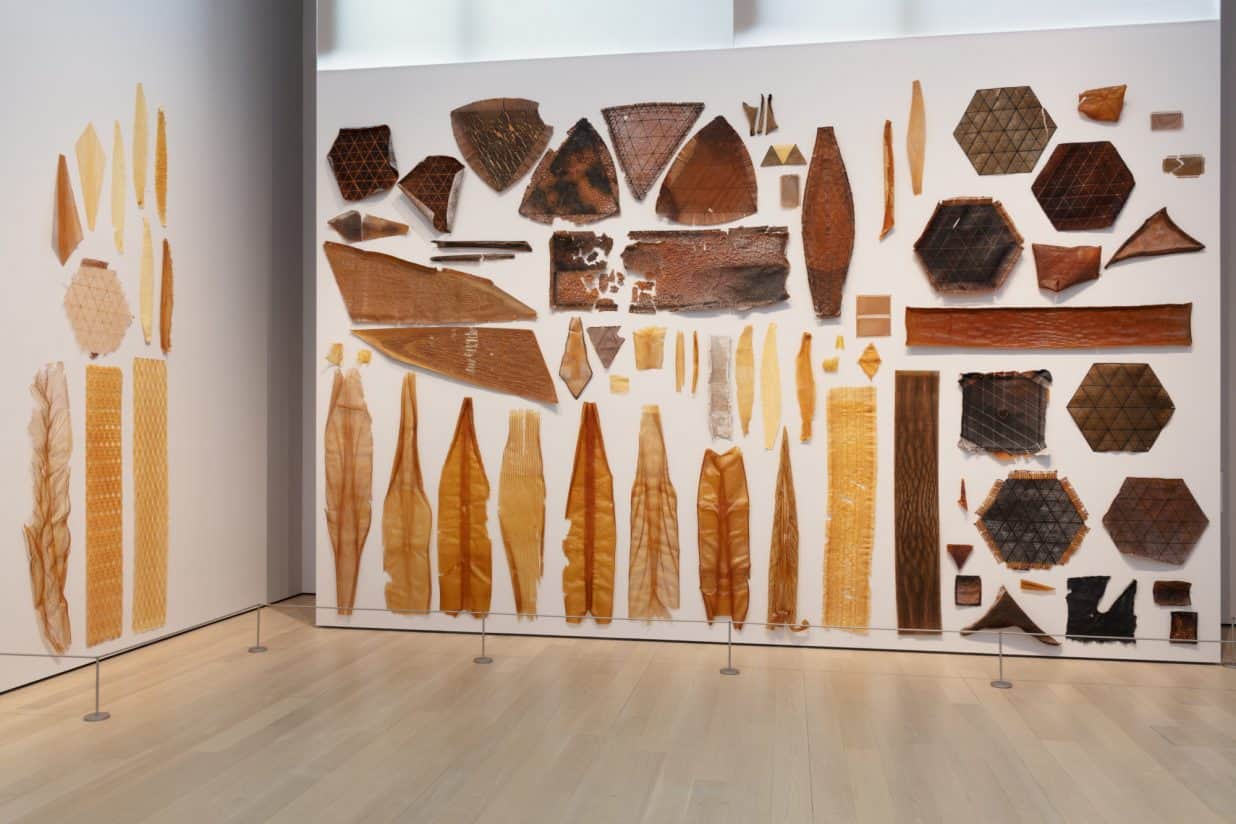 The polymathic designer conjures possibilities out of the mythical, the natural, and the mathematical. Her source of inspiration traces not only back to the designers like Frederick Kiesler, Buckminster Fuller and Frei Otto but also from the highly imaginative literary renditions as those of Jorge Luis Borges. The pioneer in Neri Oxman thrives on the entanglement of several disciplines, uniquely empowered to seek new frontiers through the hybridised design medium she culls together at the MMG.

Non-compositional Material and Design for Performance
Oxman frequently speaks of the contrast between the seamless designs of the natural world and the legacy of the post-Industrial product born in the assembly line. According to her, nature is a ‘grand material engineer’ whose products can be observed not as a sum of pieces but a wholesome manner of growth, for instance, tissues such as the human skin, whose properties and functions vary across its area. She is interested not in forms themselves but the natural processes that inform ‘form.’ By combining computational technology with biological processes, she closes the gaps that withheld the ‘designer [from] becoming an editor of constraints’ thus yet. 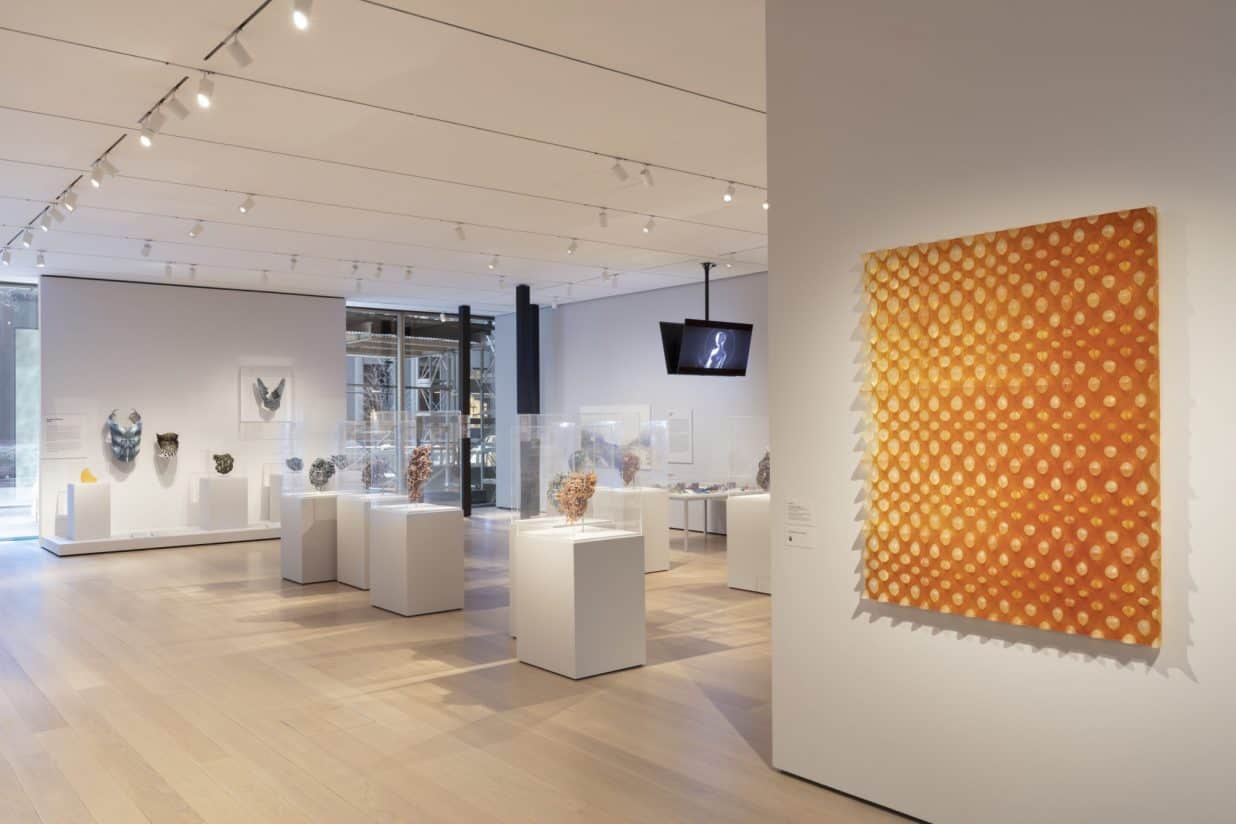 The oeuvre of Oxman’s practice is as intimidating as it is fascinating. It subverts existing epithets design philosophies, following a 9-point principle, preferring to presume nature as a client, advocating growth over assembly, integration over segregation, difference over repetition, decay over disposal, activist design, system over the object, non-human-centered design, technology over typology. 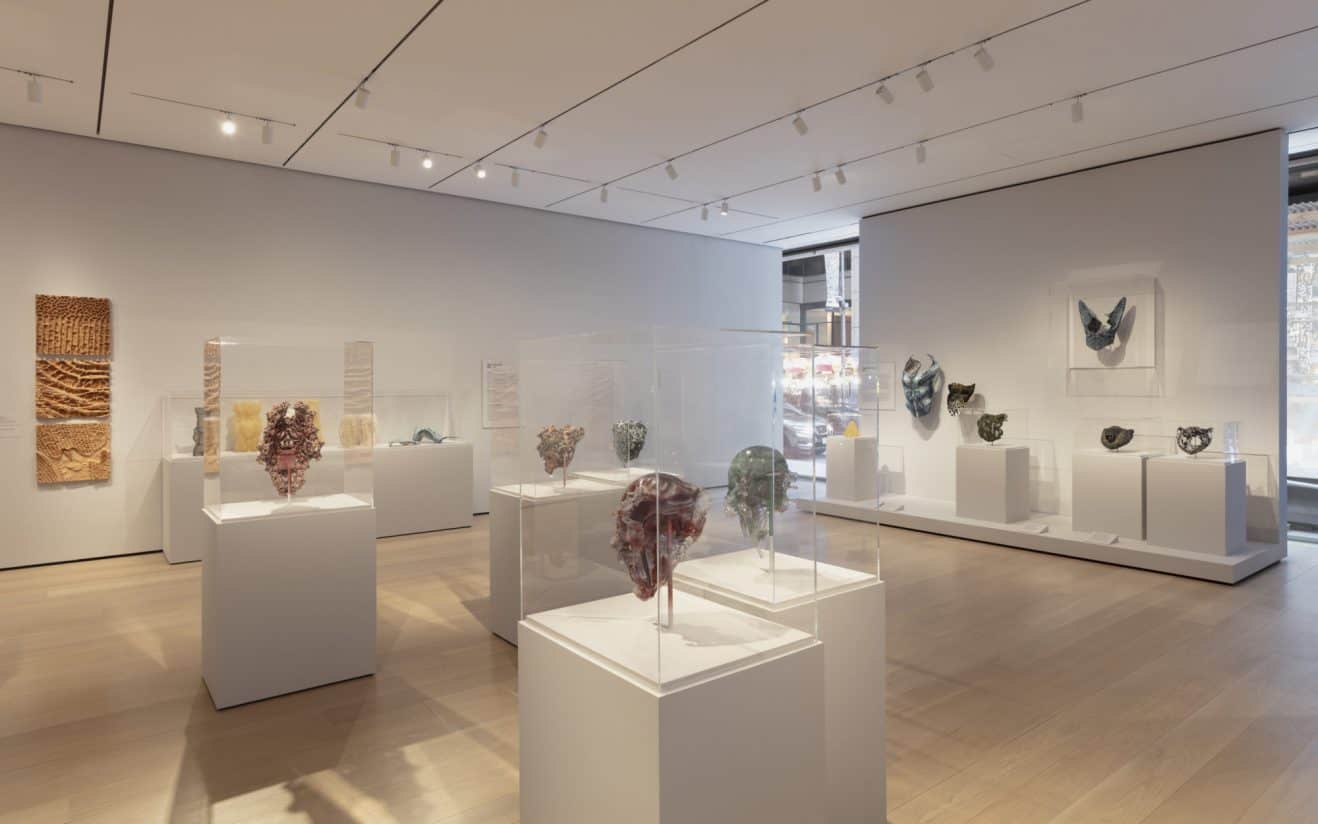 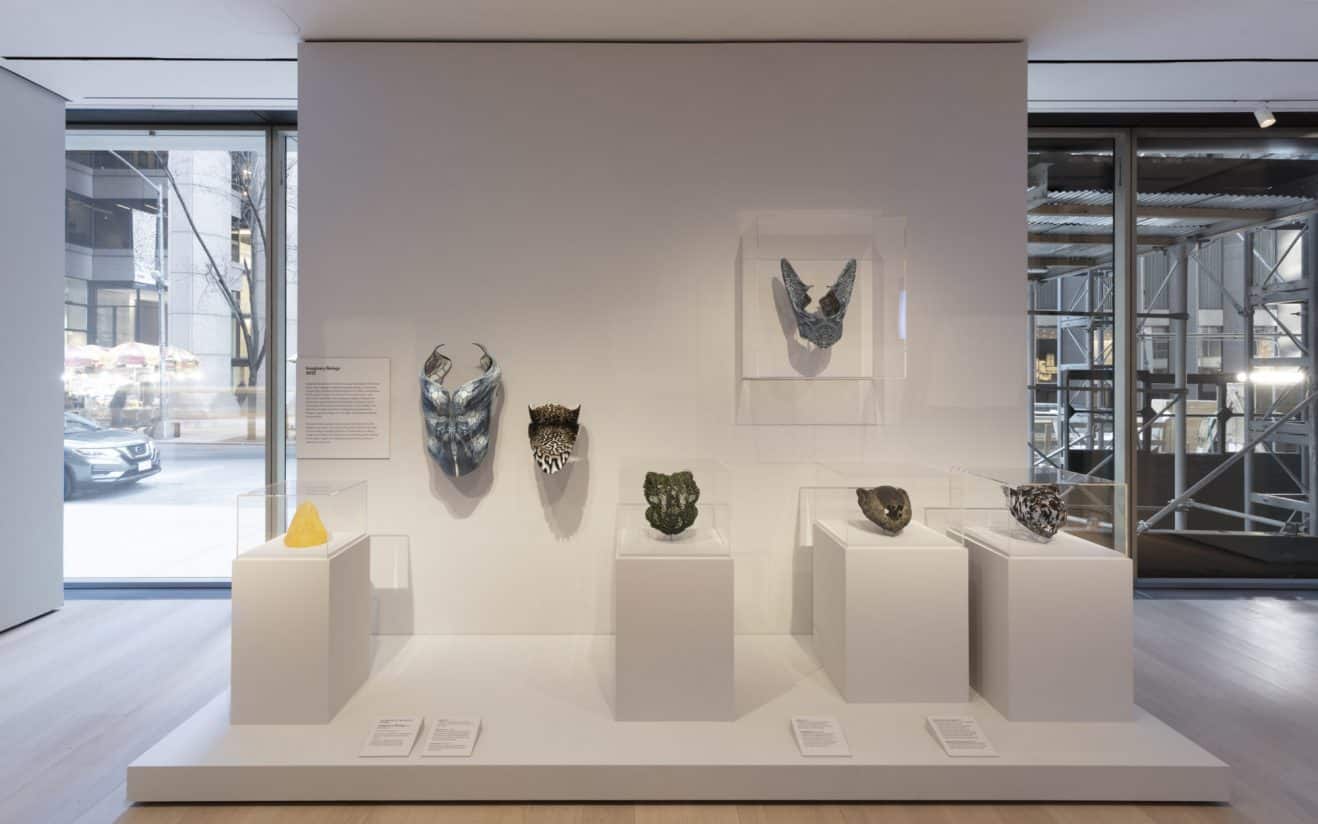 At the heart of the complexities of Neri Oxman’s projects lie very poetic allegories and high scientific ambition. This positions the practice to occupy a speculative, performance-driven direction in design. In 2014, she designed prototypes for a clothing collection, titled “Wanderers.” These were wearable pieces designed to contain microbes that could keep its user alive in hostile environments.

The Vespers series is a collection of death masks, created later in collaboration with 3D-printing company Stratasys that integrate data to create visually stunning designs —including a map of an individual’s facial features, a heat map of his or her last breath, and the path the breath takes across his or her face.

The Affair with Chitin
To say Neri Oxman is deeply fascinated by the natural world is an understatement. It goes beyond fascination — to analysis, re-interpretation, and redesign. Her recent preoccupation is with crustaceans whose feather-light shells contain chitin, the second most abundant natural biopolymer on earth. Its chemical composition on the shells, through protracted evolution, varied to form soft and harder areas that perform different functions. Naturally, this versatility of a single material system captivates Oxman to further explore its possibilities.

It is usually the case that when the project of interest does not have the technology to be realized, all stops are pulled to invent the technology to create it. The Water-based Digital Fabrication was one such project in which the team at MMG structures developed the technology to 3D-print chitosan (de-acetylated chitin) to the architectural scale. According to the research ‘once printed, constructs are form-found through evaporation patterns given by the geometrical arrangement of structural members, and by the hierarchical distribution of material properties. controlled wrinkling follows. Each component will find its shape upon contact with air and biodegrade upon contact with water. Living matter in the form of cyanobacteria is coated and impregnated onto chitosan samples to enable surface functionalisation and impart additional properties such as water resistance and conductivity.’

MoMA New York 2020
The preeminence of material ecology as a transformative way of thinking was solidified over the twenty years of Oxman’s career made known through various exhibitions, research publications, and talks over the ages.

Neri Oxman and The Mediated Matter Group. Totems. 2018. Melanins are a group of pigments ranging in color from yellow to brown. The term “melanin” often refers to eumelanin, a particular type that is brown-black in color. However, other types, such as pheomelanin (yellow-red in color), also exist. This “library” represents the diversity of melanin and includes constituent components of the reaction as well as melanin-containing natural materials, such as feathers and cuttlefish ink. Courtesy Neri Oxman and The Mediated Matter Group.

At the latest Material Ecology show at MoMA which began in February 2020, curated by Paola Antonelli, objects displayed are intended to be demonstrations of new materials and new processes to inform design thinking and making. Projects that embodied more processual and speculative qualities were displayed in preference to readily applicable design. To assert the prototypical nature of the displays and its meta-architectural value, the show also includes accompanying material in terms of video and artifacts showing the premise of its ‘dirty’ and exciting development in the lab and outside.

In addition to over 150 scientific publications and inventions, Oxman’s work is included in the permanent collections of leading international museums including MoMA, San Francisco Museum of Modern Art, Centre Pompidou, MAK Museum of Applied Arts, FRAC Collection for Art and Architecture, and the Cooper Hewitt Smithsonian Design Museum. Her work has been recognized at the World Economic Forum, where she was named a Cultural Leader in 2016 and is a member of the Expert Network.

Neri Oxman and The Mediated Matter Group. Totems. 2018. Architectural proposal for an environmentally responsive melanin infused structure. Created for Design Indaba. Rendering by Eric de Broche des Combes, Luxigon. The glass structure is designed to contain multiple strains of melanin, naturally obtained on-site and biologically synthesized at the lab. It provides UV protection during the day while enabling stargazing upon sunset. A first-of-its-kind biologically augmented facade, the structure is designed to protect endangered species on-site and to celebrate the diversity of life on our planet. Courtesy Neri Oxman and The Mediated Matter Group

Oxman’s work is an ebullient, compelling narrative against the excesses of the design industry thus far. We may be looking at a reckoning force with the agency to make the scientific leap into the future of design grounded only by its commitment to its primary client, nature.

The Material Ecology exhibition is open until 18 October 2020 at MoMA, New York, and is accessible online as well, as part of the museum’s Virtual Views initiative.