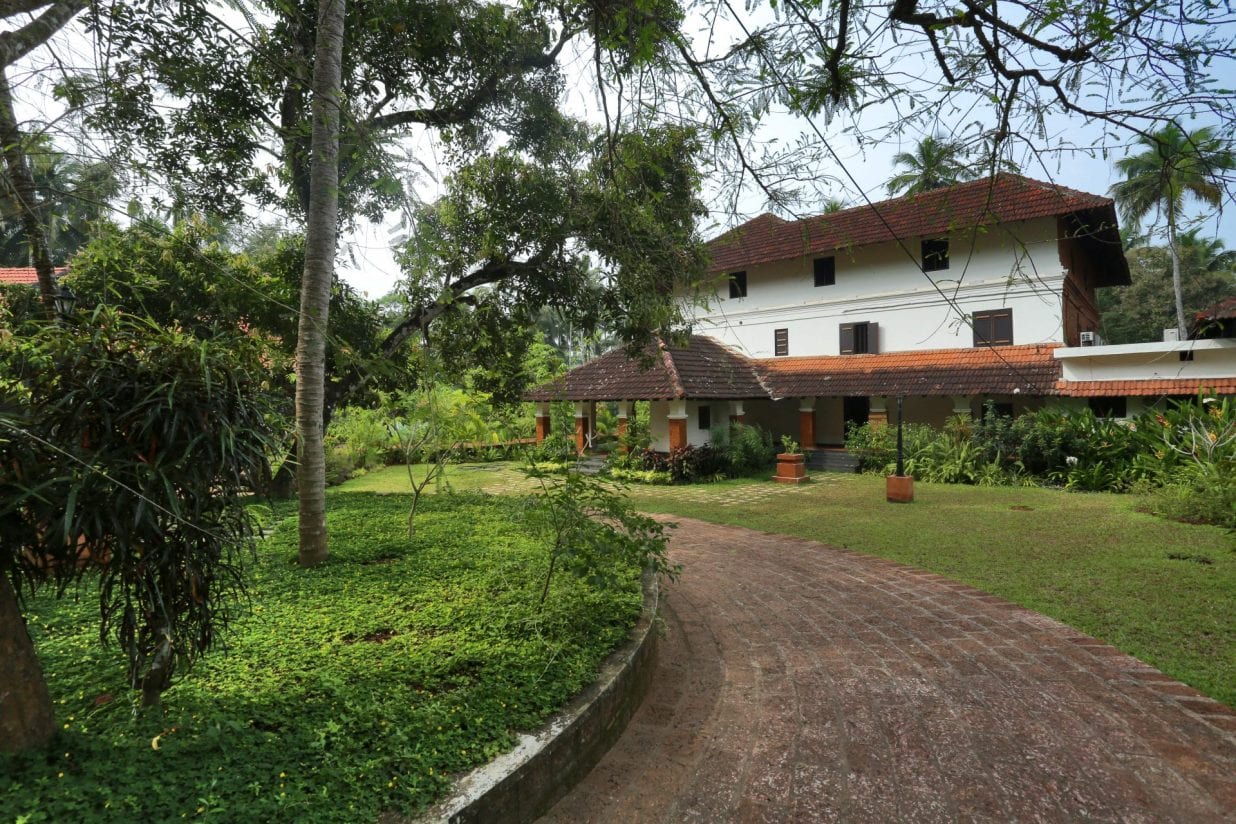 An ancestral house in Kottakkal, Kerala is reimagined and designed by Uru Consulting as a tourist health resort without sacrificing the essence of the land or the customs around it.

The word Pallak in Malayalam means Palanquin, a covered form of transportation carried by an even number of bearers. Uru Consulting, a design and project management consulting firm based in Calicut, Kerala, have used the name to reflect both the clients’ as well as the designers’ journey into the transformation of an ancestral home into a resort. According to the designer, “Pallak started where the youngest son of a family in Kottakkal, Kerala, received 2 acres of the plot along with the ancestral house in his name after partition.” 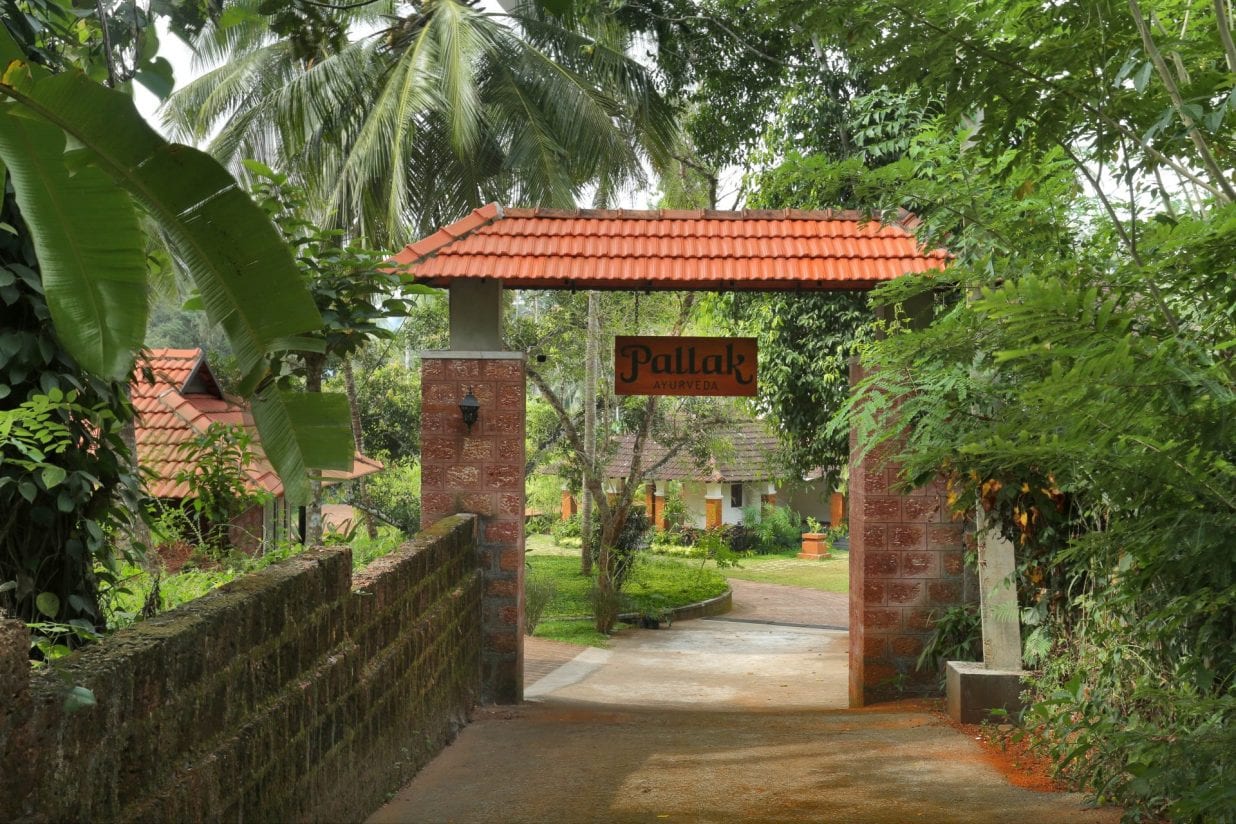 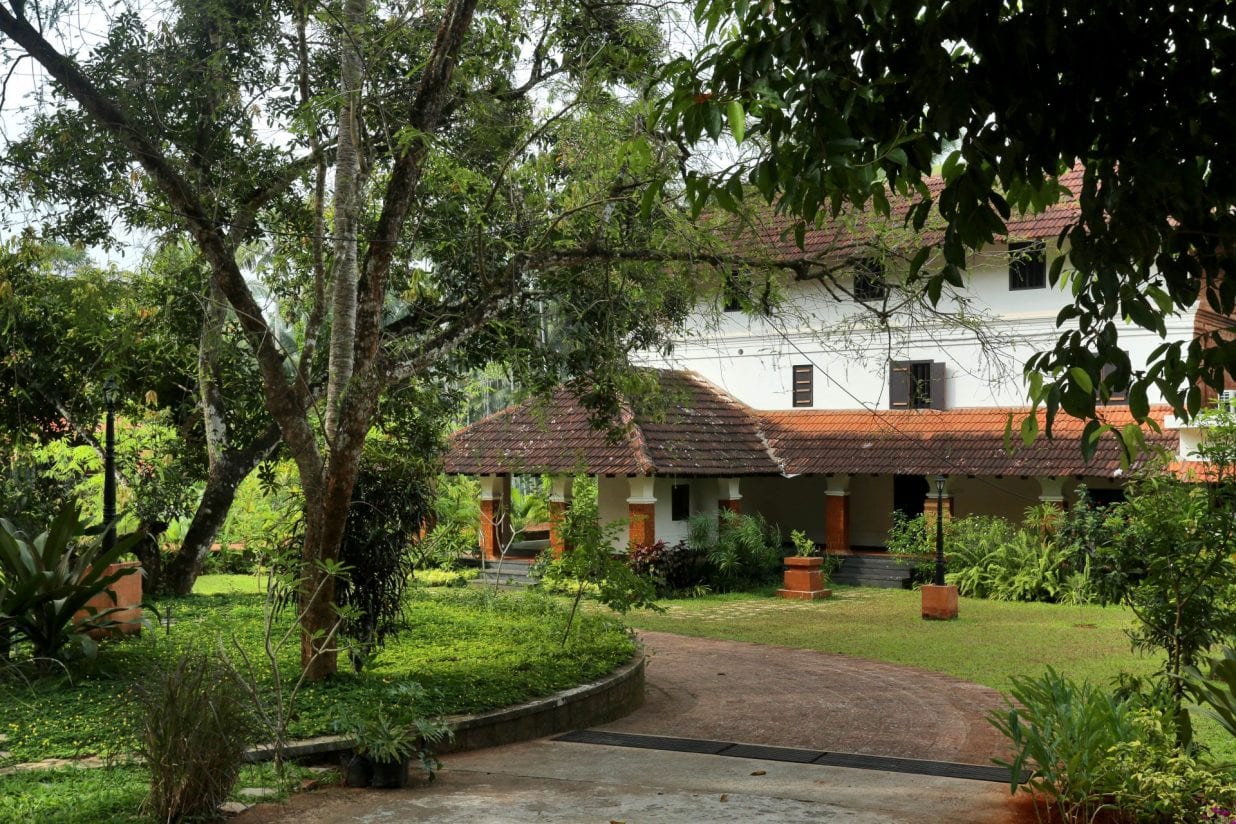 “While the clients’ expressed their lack of interest in living in a 12,000 square feet house of antiquity based on the nuclear family’s perception of an urban lifestyle, they were not willing to let go of the beautiful property.  The conundrum was finally solved by the wonderful idea of transforming the property into an Ayurvedic resort, considering the value of medical tourism in Kottakkal, a place renowned for its Ayurvedic heritage,” says Safdar Machilakath, Principal Designer at Uru.

Thus, with a stringent budget, the project materialised in two phases: 1 acre of the complete plot designed during each phase. 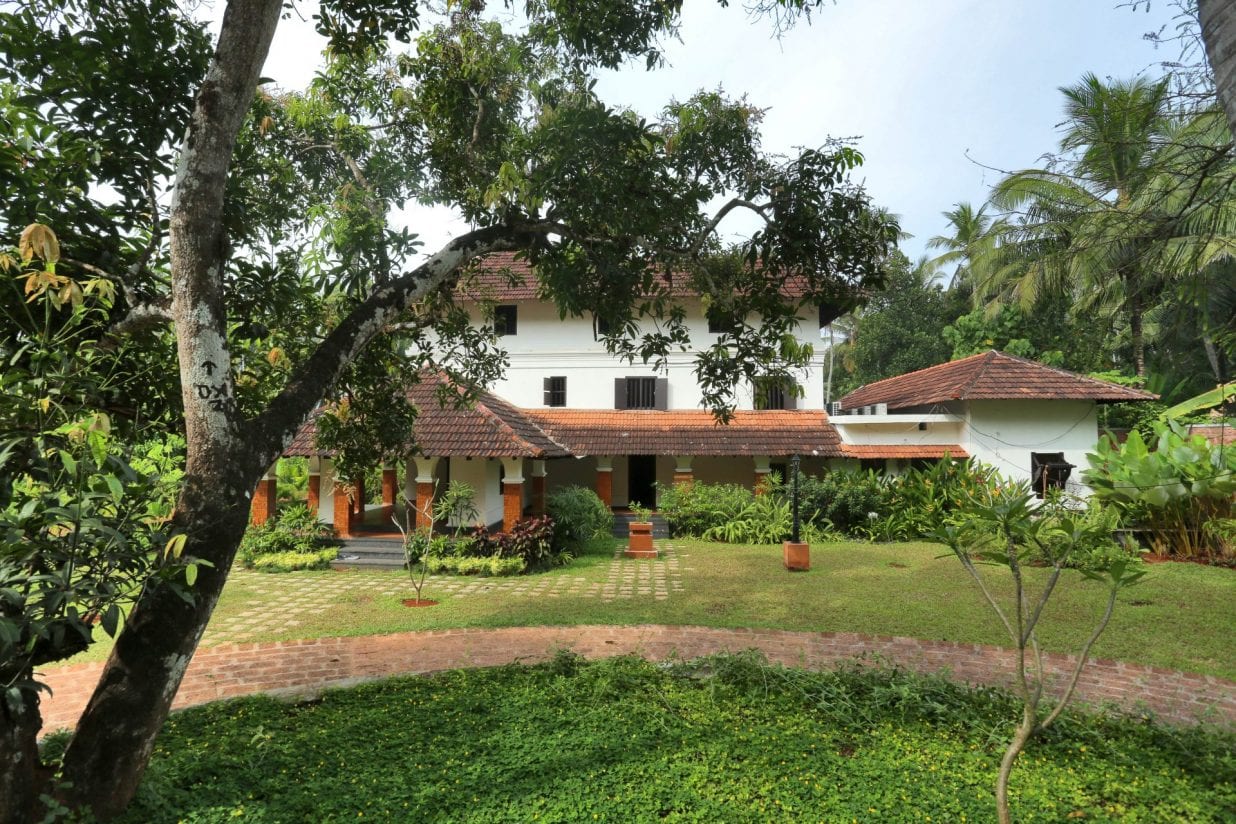 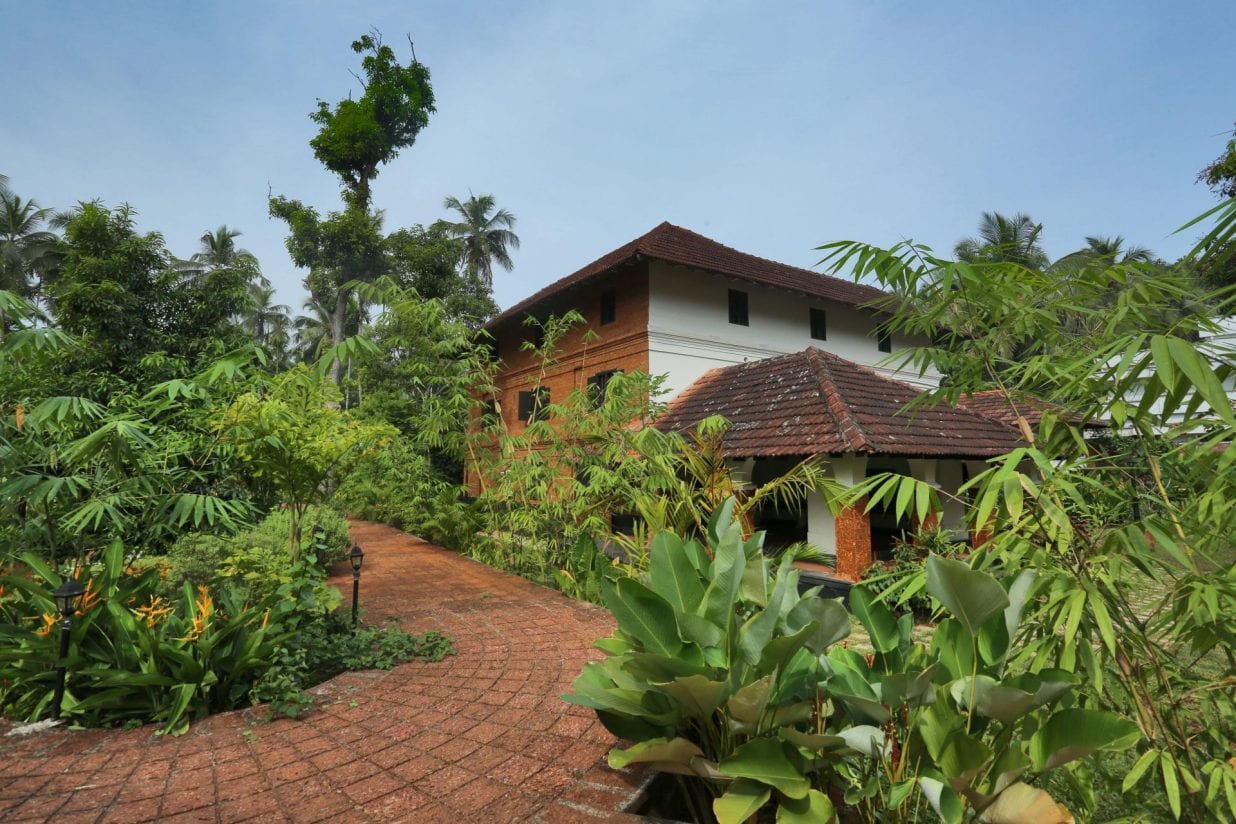 During the first phase, it was decided to work on the adaptive reuse of the house, and transforming the 1acre plot around it into a recreational space. One thing the client was particular about was to give the tourists, the true essence of Kerala, recall the designers. 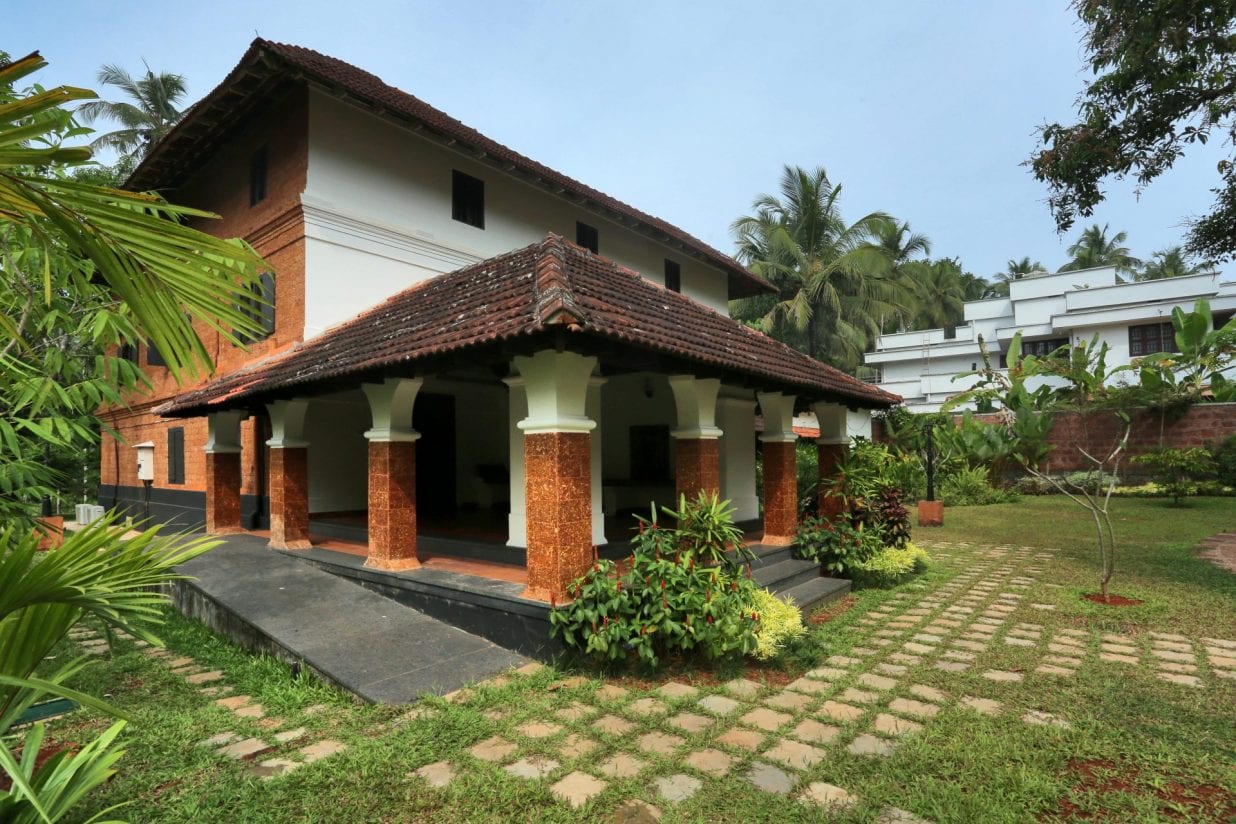 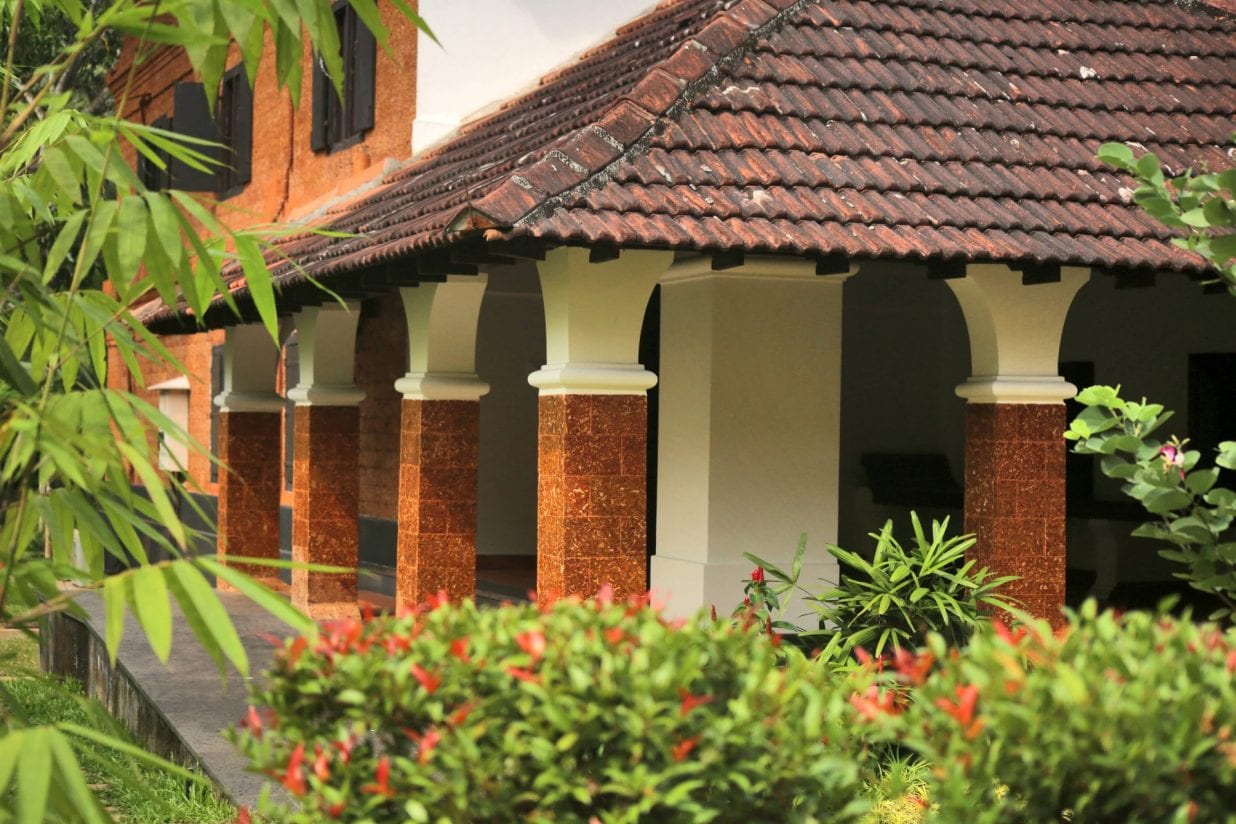 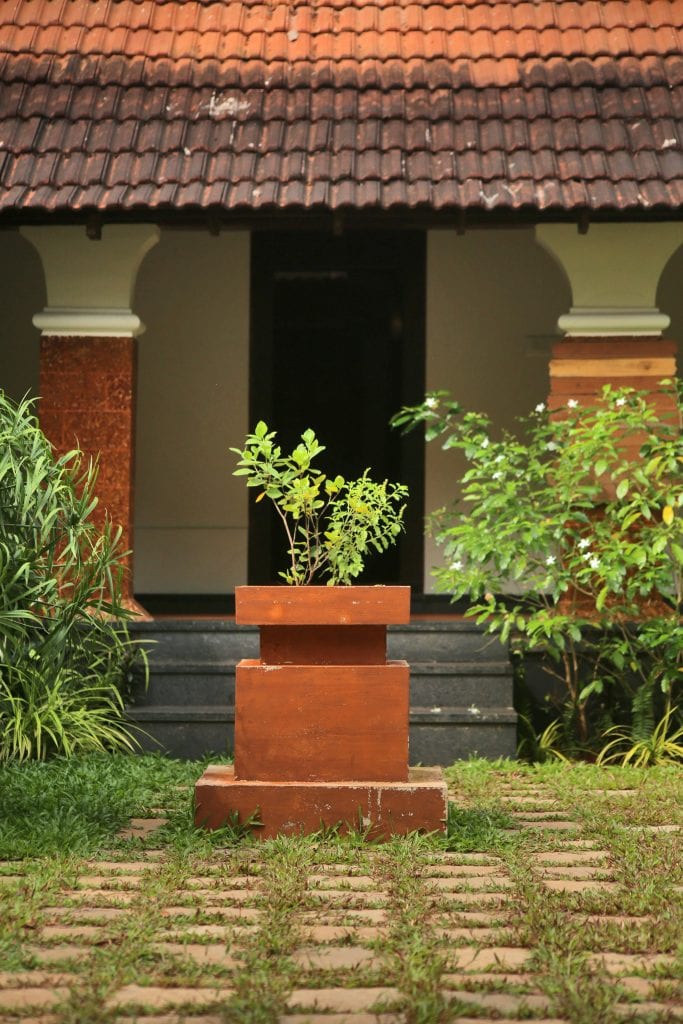 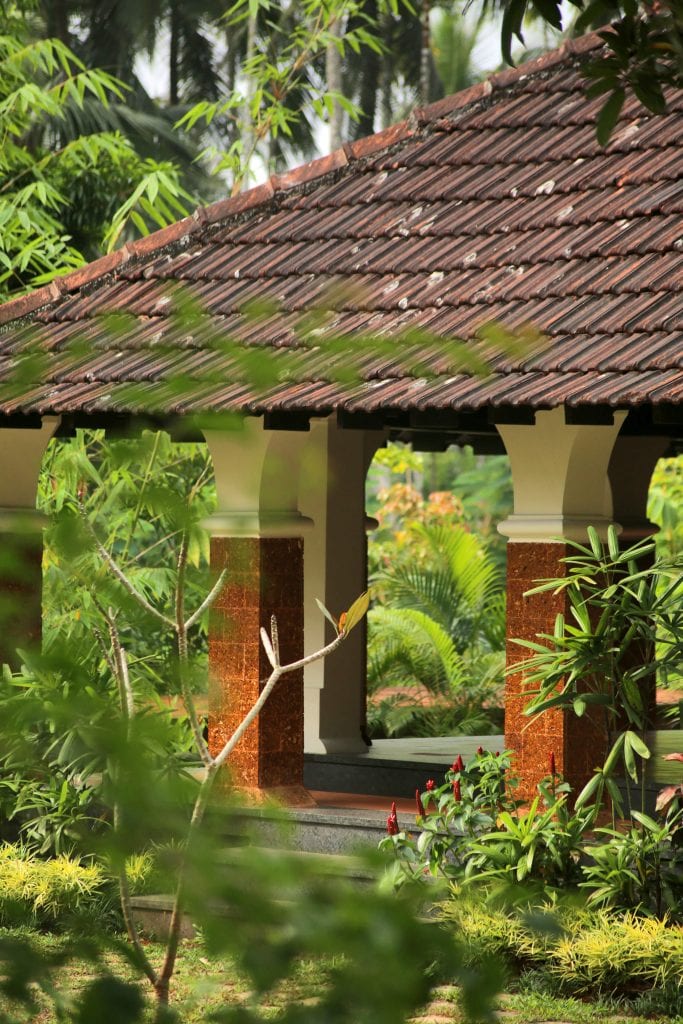 Team Uru envisioned the transformation of the plot and the traditional “Naalukettu” Kerala house, keeping in mind the foreign tourists who found sanctuary in the calming greenery and rich heritage of Kerala. The idea of an amphitheater came in order to give the customers an experience of the visual and aural marvel of Kerala’s unique art forms like Kathakali. The multipurpose amphitheatre was intended not only to thrill the visitors with enthralling performances of Kerala art forms but also to use it during calming Yoga and meditations. The treatment area and related amenities were conceived inside the “Nalukettu”.  It was an arduous process turning the traditional house that basked in its antiquity with rooms that were dark with less sunlight seeping in, into a hospitable space for patients and other guests. 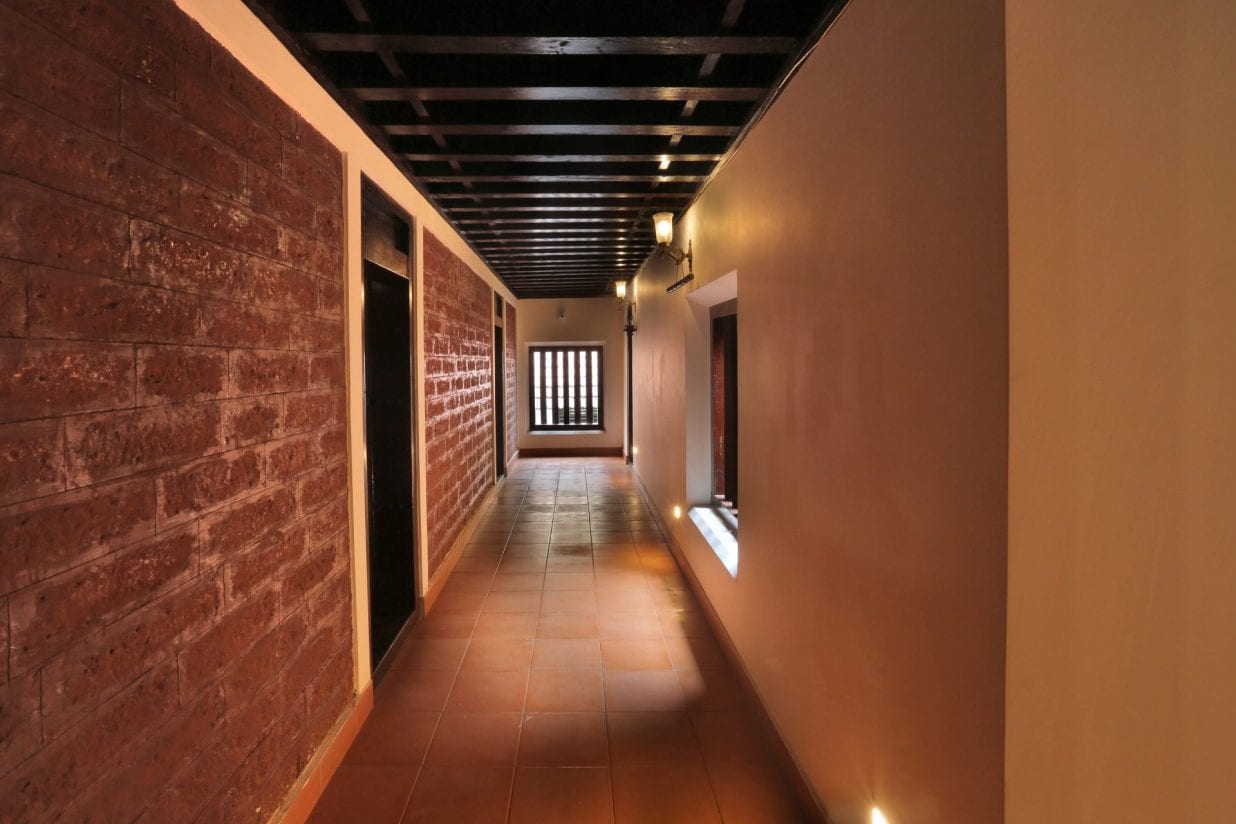 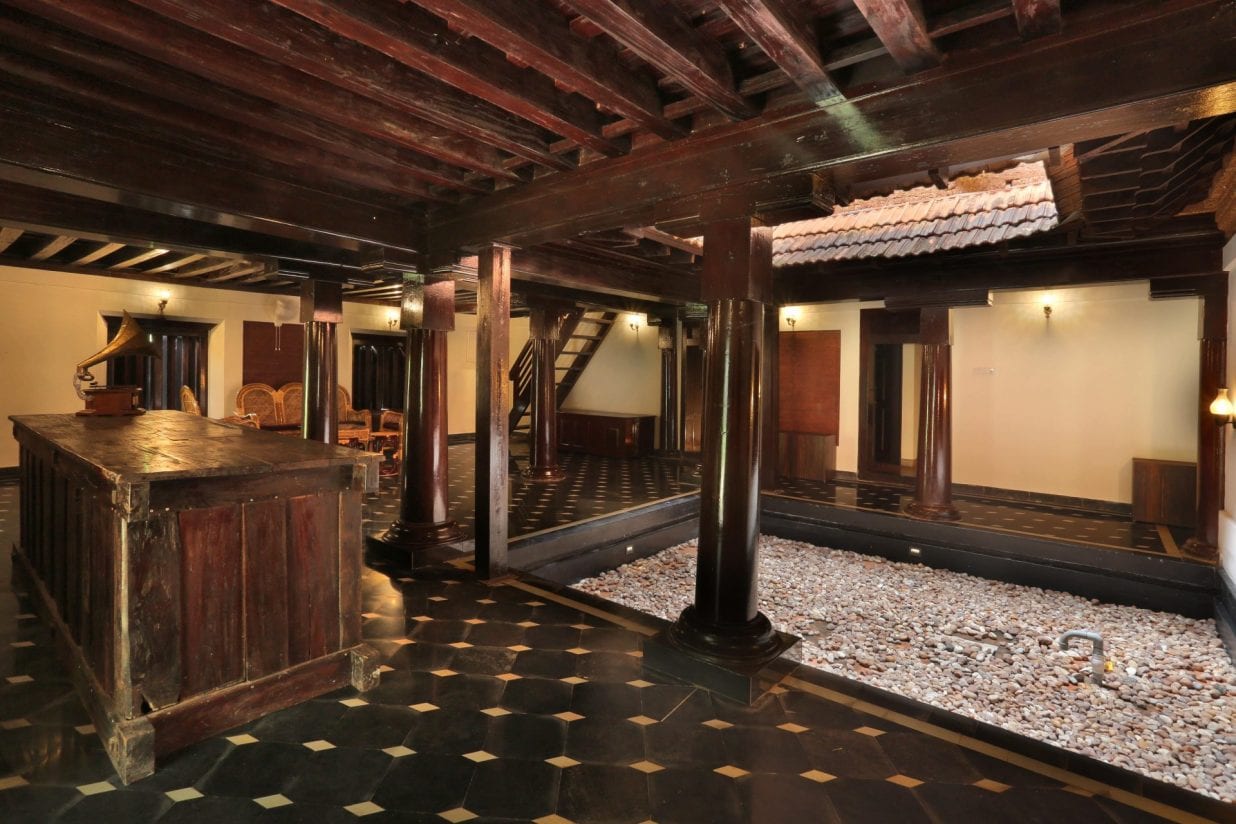 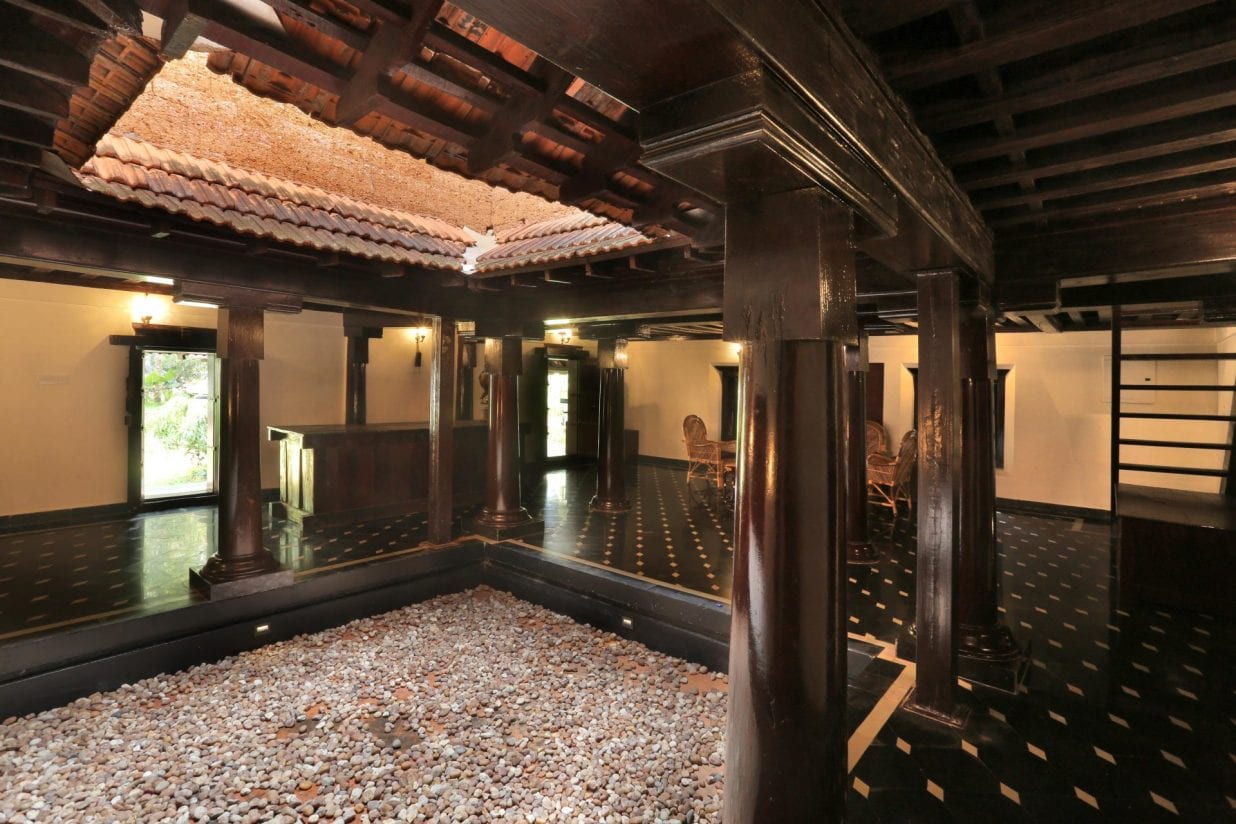 Safder describes the challenges Team Uru tackled while working on the interior of the Nalukettu, which was not in perfect condition, “One of the main constraints was the narrow rooms without either proper ventilation or bathrooms. We had planned and provided attached bathrooms for every room. When we found defects in the timber structure, we solved them using girders. With advanced technology of waterproofing, the dampness issue was also resolved. Sometimes, we also merged two adjacent rooms to make a spacious and well-light room. Small doors and steps also were challenges considering the function of the Ayurvedic treatment. Ramps were created in order to make the spaces as accessible as possible. During the renovation and landscaping, we were specific about keeping the contours unchanged and gave pathways of laterite stones connecting different levels. Amphitheatre is the only exception where we enabled steps as part of the design.” 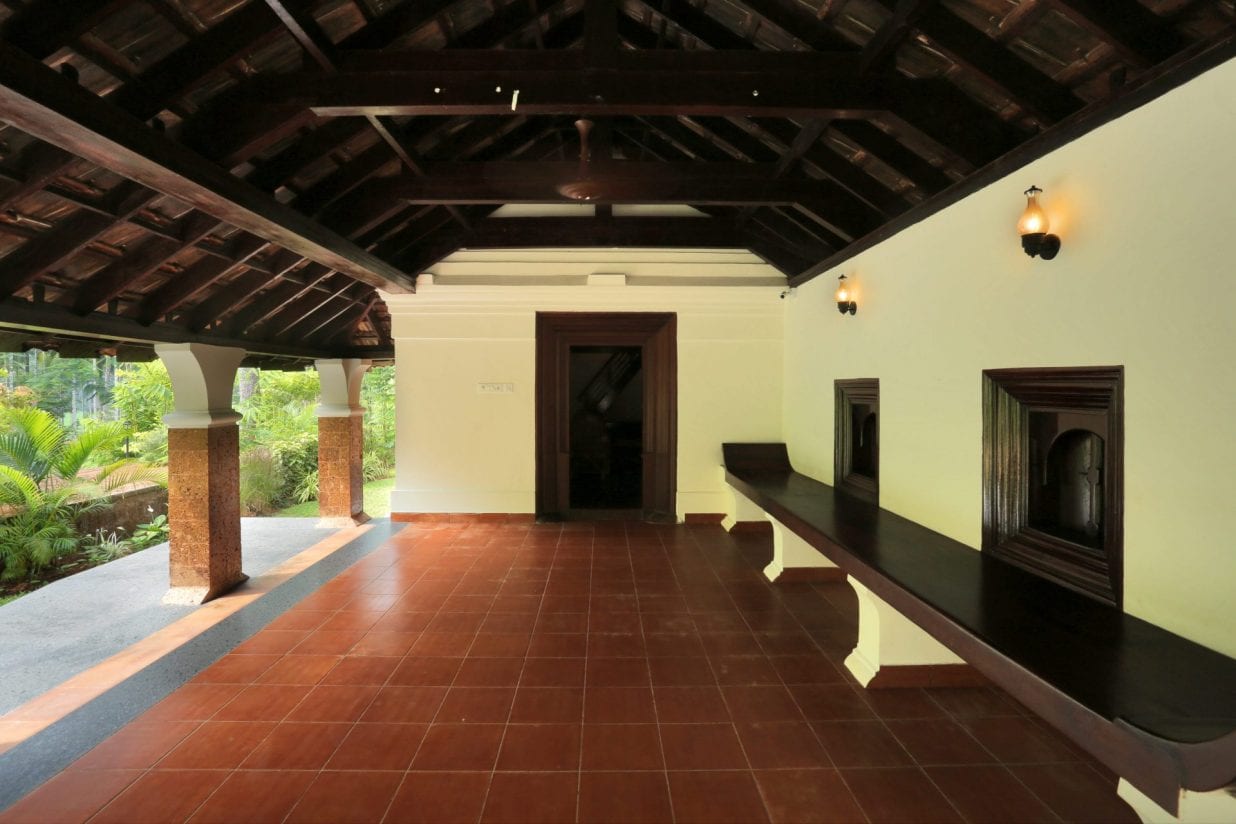 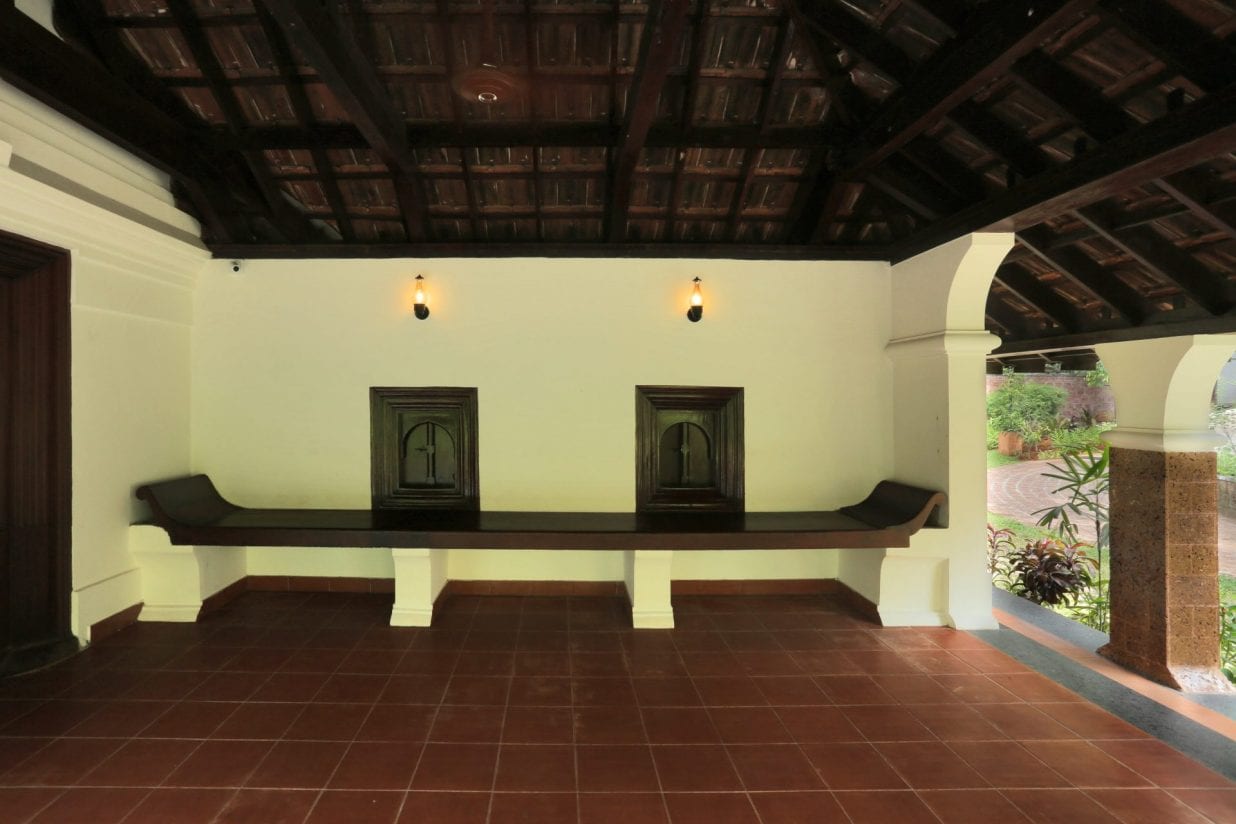 Even the unused, dingy attic was worked out into a fairy-tale-like space by giving it proper access through stairs. The effort put in by the designers to make the decrepit huge tharavadu into a warm and welcoming resort is visible in the detailing of the house and how each of the functional elements was put back in working order.

Villas: Mirroring the Earthen Past 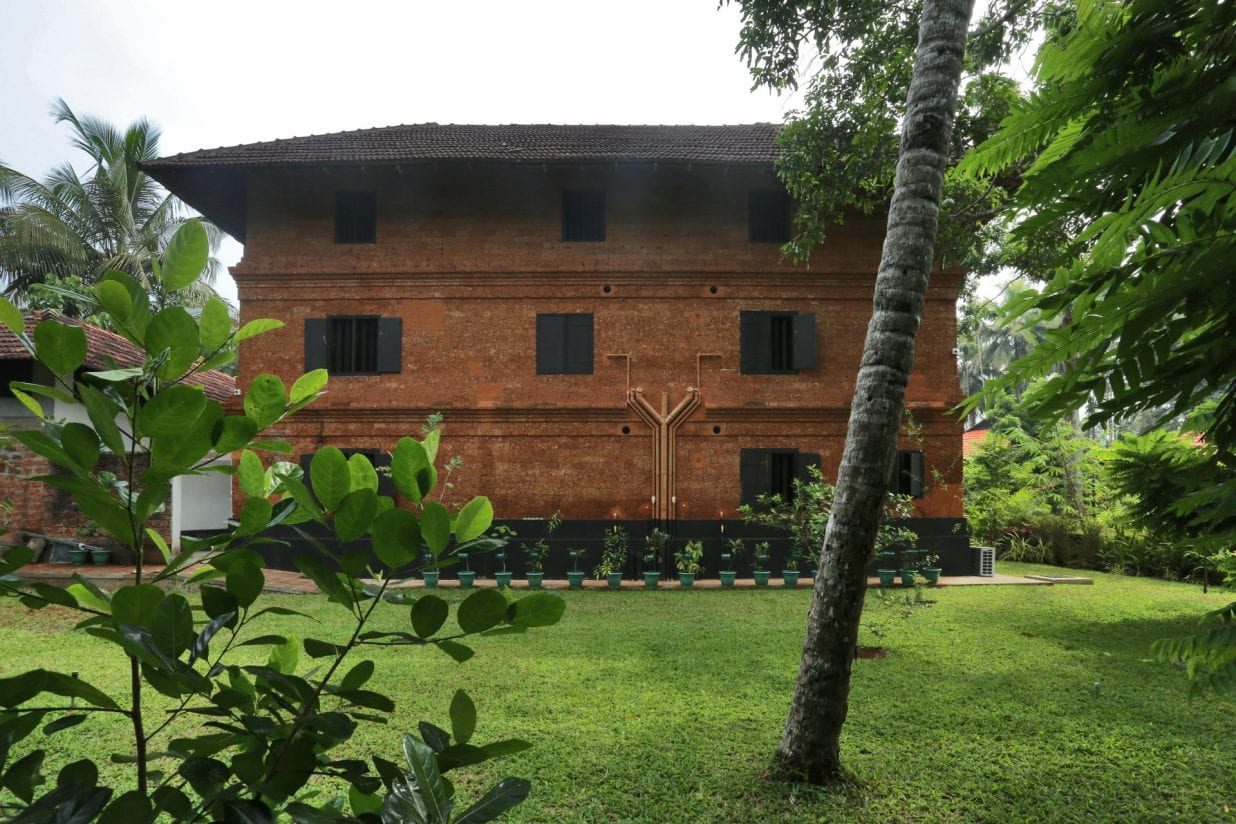 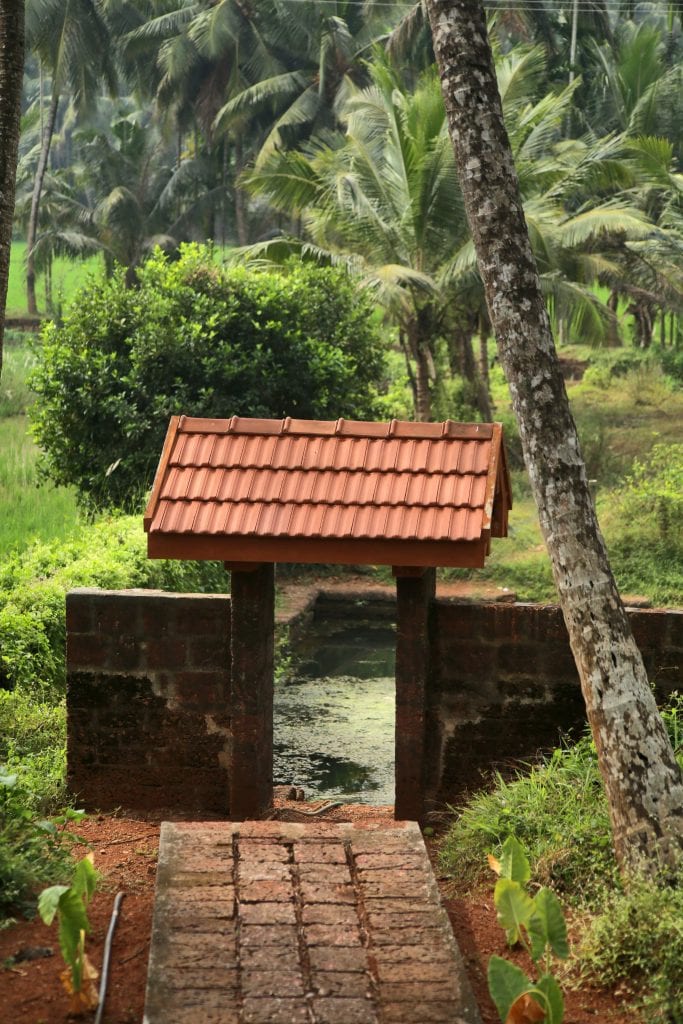 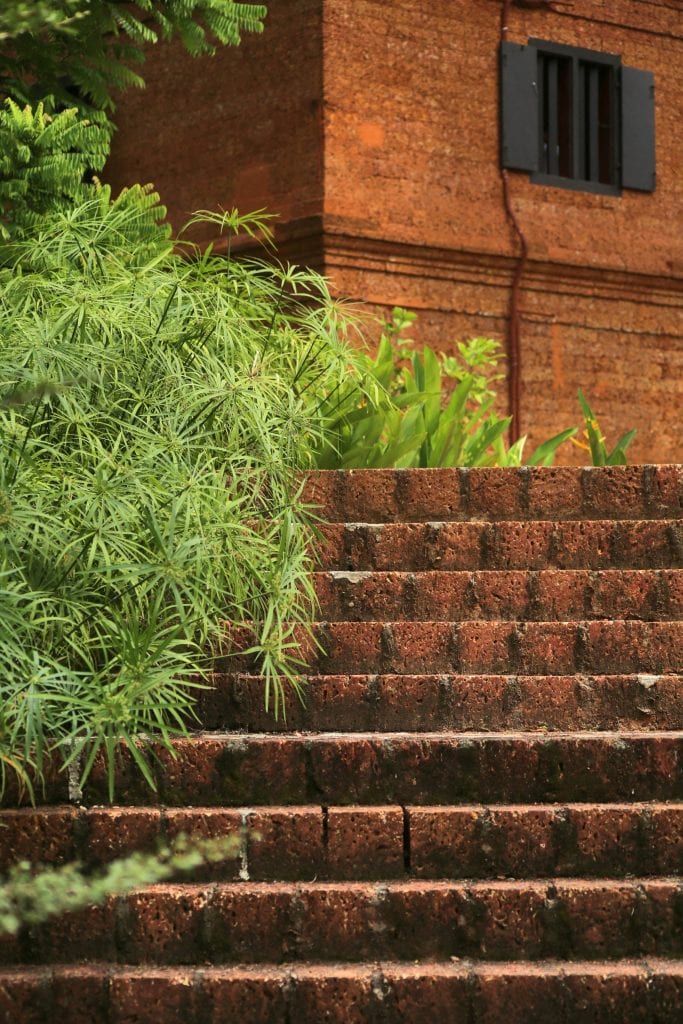 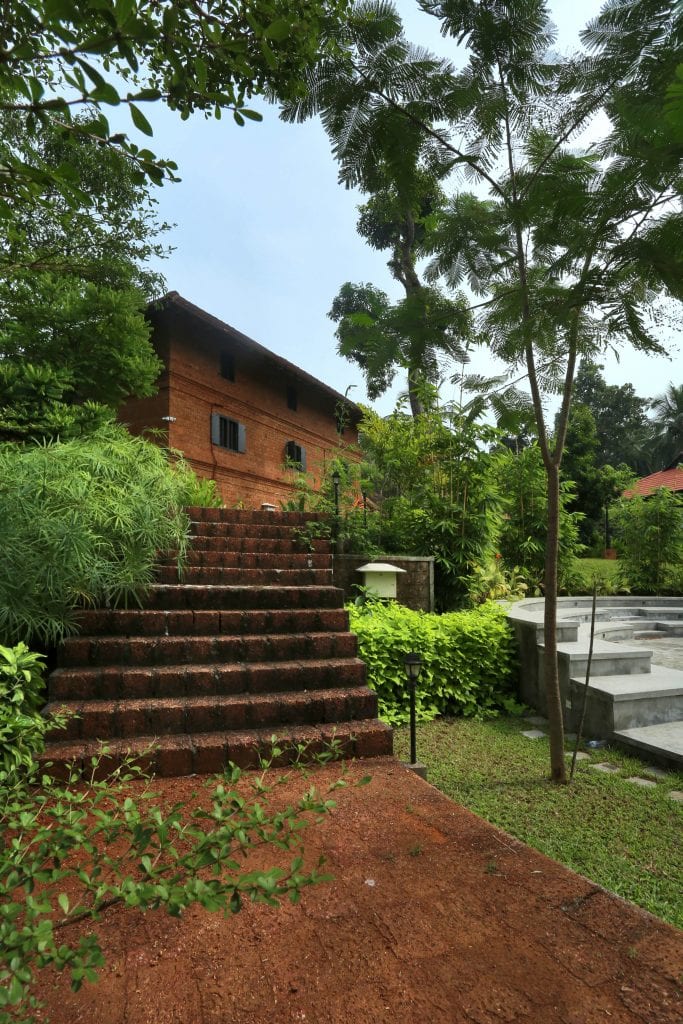 Kerala’s traditional architecture is a blend of the Dravidian and Vedic structures, greatly influenced by its maritime partners, Chinese, Arabs, and Europeans. The elements are deeply rooted in the elements of the earth. The villas constructed in the plot, outside the treatment area, mirror the ancestral house. The walls of laterite stones with the unplastered, exposed finish, the clay tiles of terracotta from Chalakkudy for the floors and roofs, and a colour palette that embodies rusticity and earthiness contributed to mirroring the poetic beauty and the earthen past of Kerala Architecture. 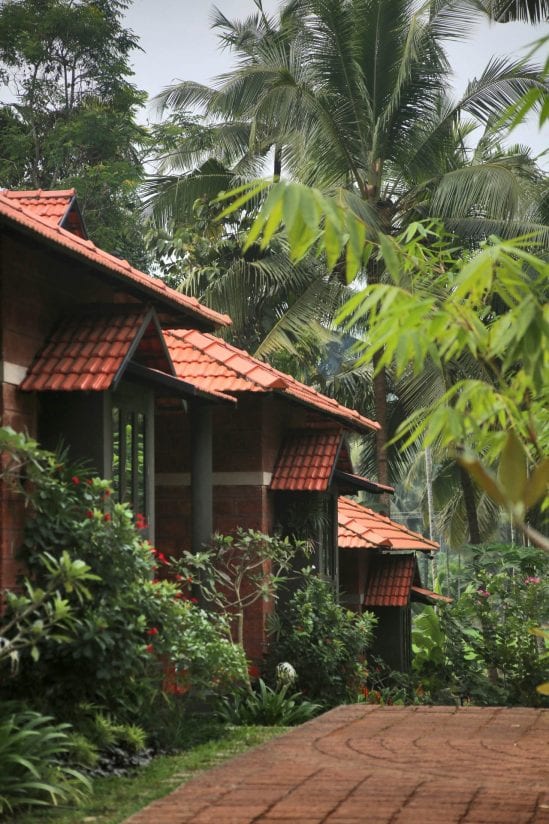 RELATED  The Facade of Light

Talking about the landscaping and its defining nature, Safdal describes the journey, “As Team Uru visited the plot for the first time, the area was covered with a few coconut trees. The narrative was soon changed into a green lush of tropical plants and trees, especially the ones with medicinal qualities as prescribed in Ayurveda. It is also carefully landscaped in such a way that it requires the least maintenance.” 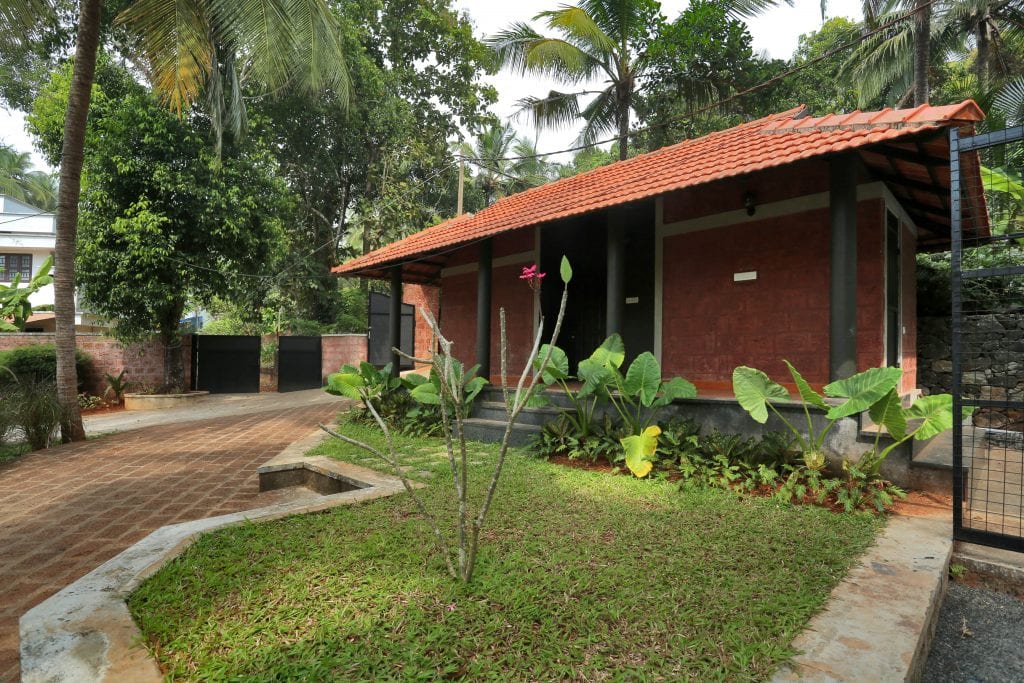 The house is warm, friendly, and welcoming with its lack of luxurious features. The success of the project is in maintaining the simplicity of the space, keeping it as it was, an old ancestral home surrounded by an orchard, with an unassuming air about it that doesn’t sacrifice its functional value. The success and the budget-friendly approach to design paved way for the second phase of Pallak’s journey which includes a restaurant as well.