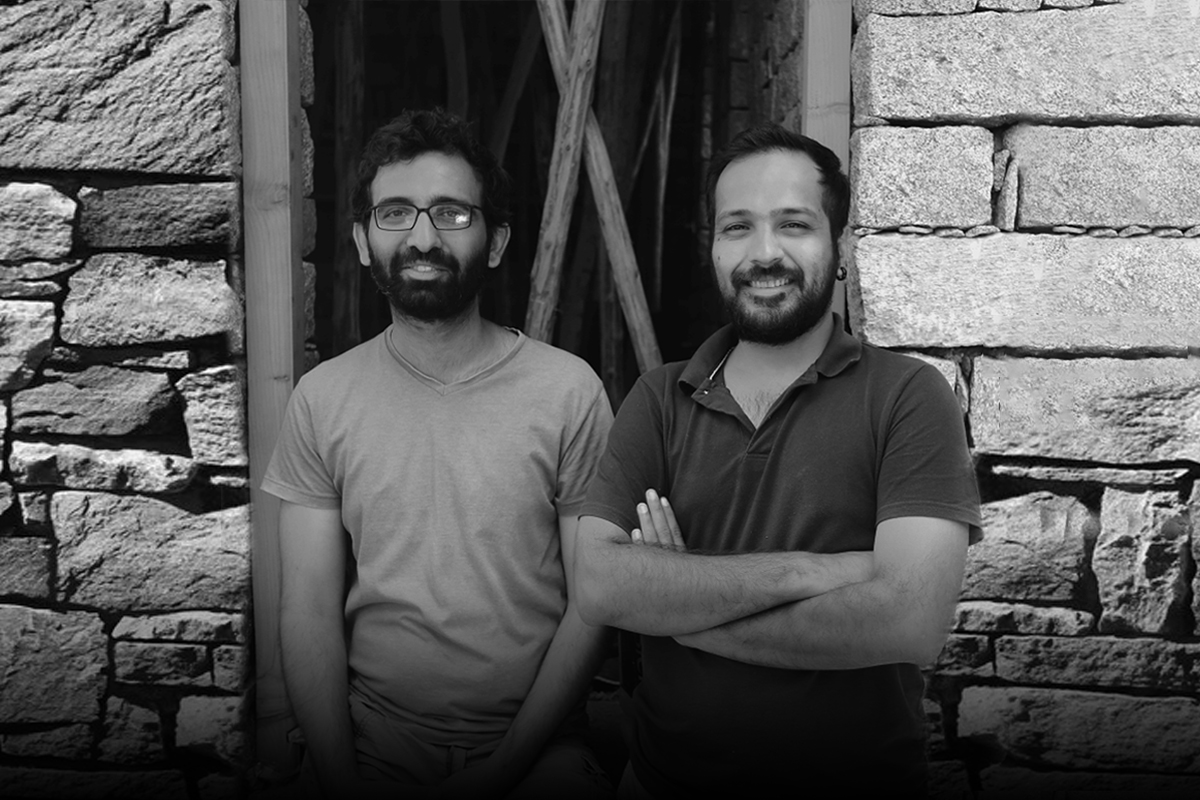 Put Your Hands Together for “Appropriate Architecture”

Put Your Hands Together (PYHT) is an Indian bio-architecture firm based in Mumbai, relying largely on but not limited to natural materials. By Amiya Hisham 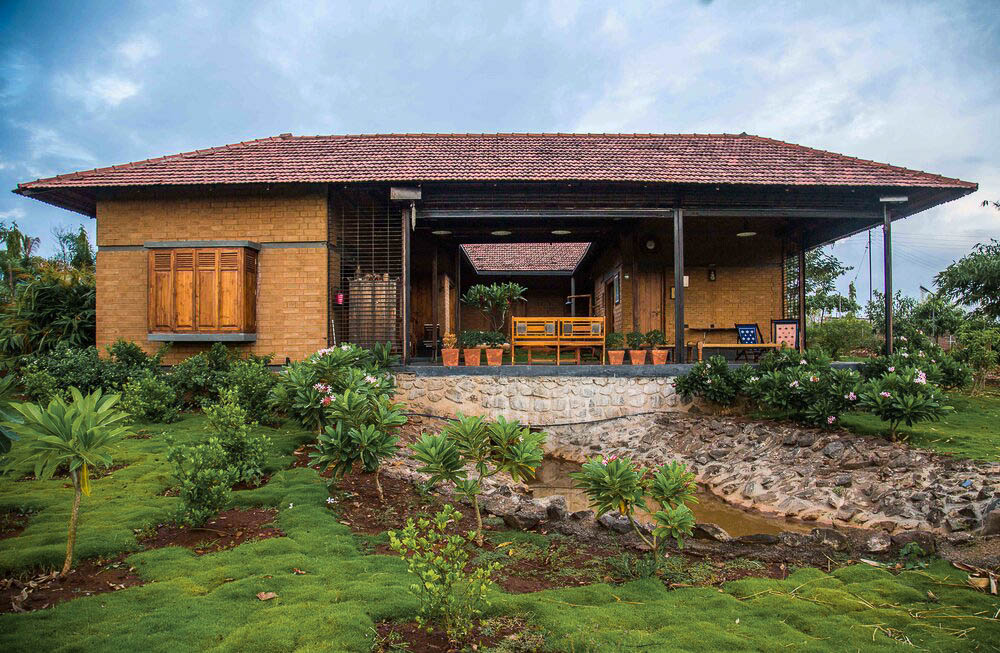 Presently the firm is led by two of the original five-member team, AreenAttari, and Shahveer Irani. Although the firm nears a decade worth of practice, a sense of youthfulness and play abounds in their approach to design and life. Over the years, the firm has exemplified its commitment to eco-friendly practices, having experimented with different forms of earthen construction such as adobe, cob, and rammed earth as well as bamboo, stone, and other hybrid vernacular techniques. PYHT has a refreshingly raw and sensitive outlook by way of their direct engagement with nature and people, evident through its design response. Their repertoire of completed works includes notable projects such as home-stays in Manali and Nashik, the Nirvana Farmhouse, Khadavli, the Kaule Housing prototype in Nepal, the Adobe House in Neral, the Cob House in Kamshet. 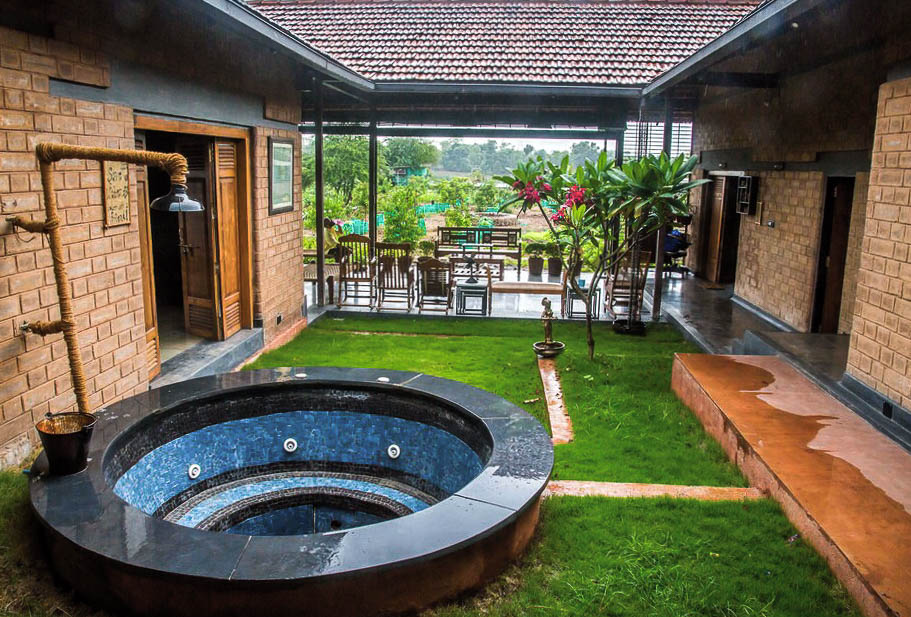 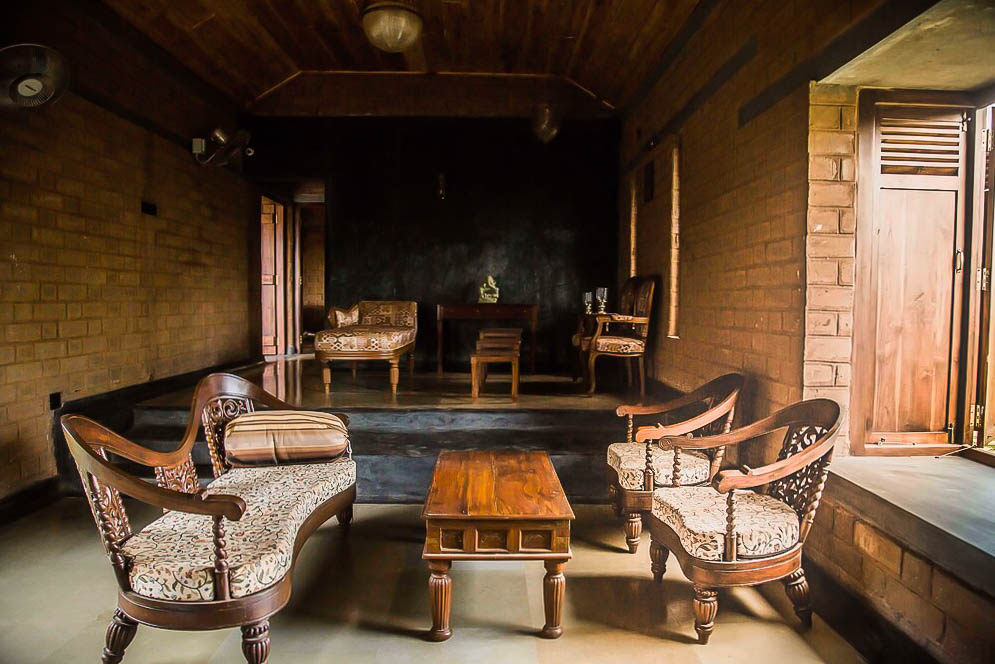 Amidst a series of retrospective online discussions on PYHT, AreenAttari spoke to SCALE on their journey thus far.

SCALE: Put Your Hands Together is an interesting name. It seems to convey ‘action’. Could you tell us more about the name of the firm?
Areen: It was a game we played as friends and eventually it made sense in deeper ways to name the practice after the game. It was intended to signify the coming together of creative individuals.

SCALE: Your practice exudes a sense of humility and a natural curiosity to experiment. Your mode of practice is definitely a road less travelled. Has this been challenging, given that ‘starchitecture’ continues to loom large?
Areen: I would say, personally I project a sense of something that is opposite of humility. There is significant pride we take in the work and there is some sense of ego that guides the work. But I think it helps if one is aware of this ego and pride, such that it is constructively channelized to a positive output.

Sure, we have been inspired by the greats but we’ve also always had a focus on what specifically interested us in their works and have been careful to pick out those aspects. It is ultimately a balance. Further, we have had the advantage of being a group of friends with strong convictions right from college.

SCALE: Would you say you have learned more from outside academia?
Areen: Perhaps it’s not entirely right to say we have learned more outside academia, rather we have always tried to imbibe from what the system offered and in turn also tried as individuals and a group to push the limits of the system. We’ve also been fortunate to have this ‘brotherhood’ to build this practice effortlessly, without worrying too much about building work rapport. Each founding member brought something to the table- our interests were spread across architecture, interiors, art, and personally for me, football. Of course, there have been occasional hitches and mild conflict of interests, but nothing that threatened the friendship or founding ideals of the practice. There has been so much goodwill, and mentorship from other architects and friends who have guided us at various points, family and friends who have lent us space to set up our studio, and so on… 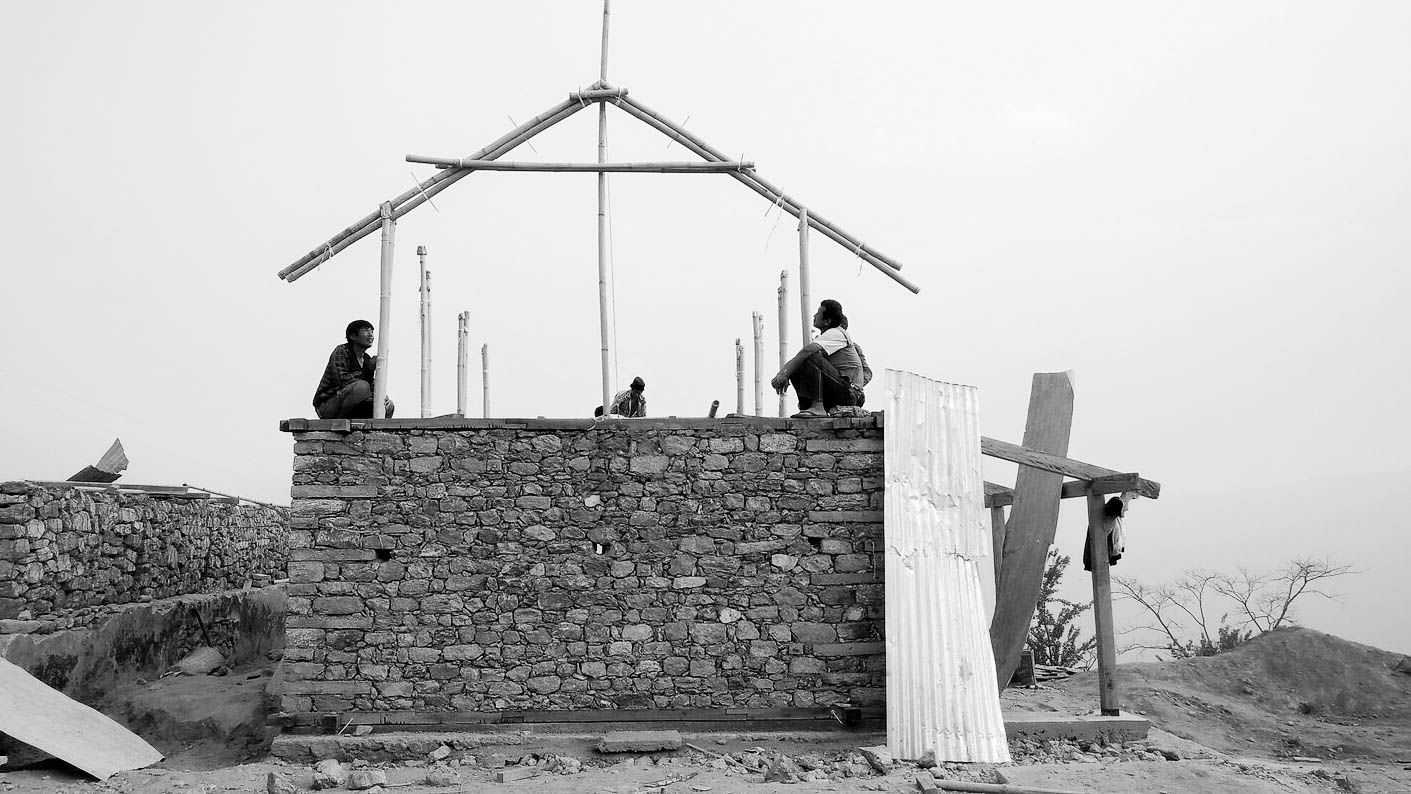 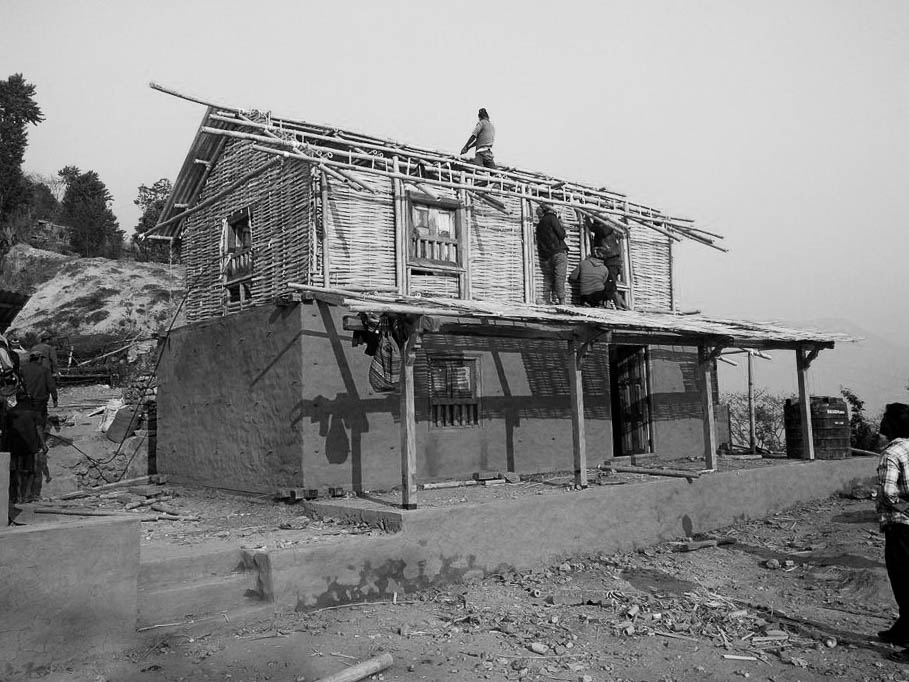 SCALE: Tell us about the Kaule prototype you developed in Nepal as an earthquake-resistant housing type.
Areen: It was an interesting collaboration with Alleya and Associates, Kolkata and Thumb Impressions Collaborative, Ahmedabad where we helped train the local residents of the villages Kaule and Bhangeri in the art of bamboo treatment and construction to create earthquake-resistant homes. We helped create a hybrid prototype with stone and bamboo construction techniques.

SCALE: Typically, how do you set about working on a project? Is there a workflow?
Areen: Usually we go to the site and meet the clients with a prepared proposal. We use physical models and there is also a lot of hand sketching on site. However, it is always the case that the site speaks to us and informs first-hand what we have to work with. It mostly starts with materiality. 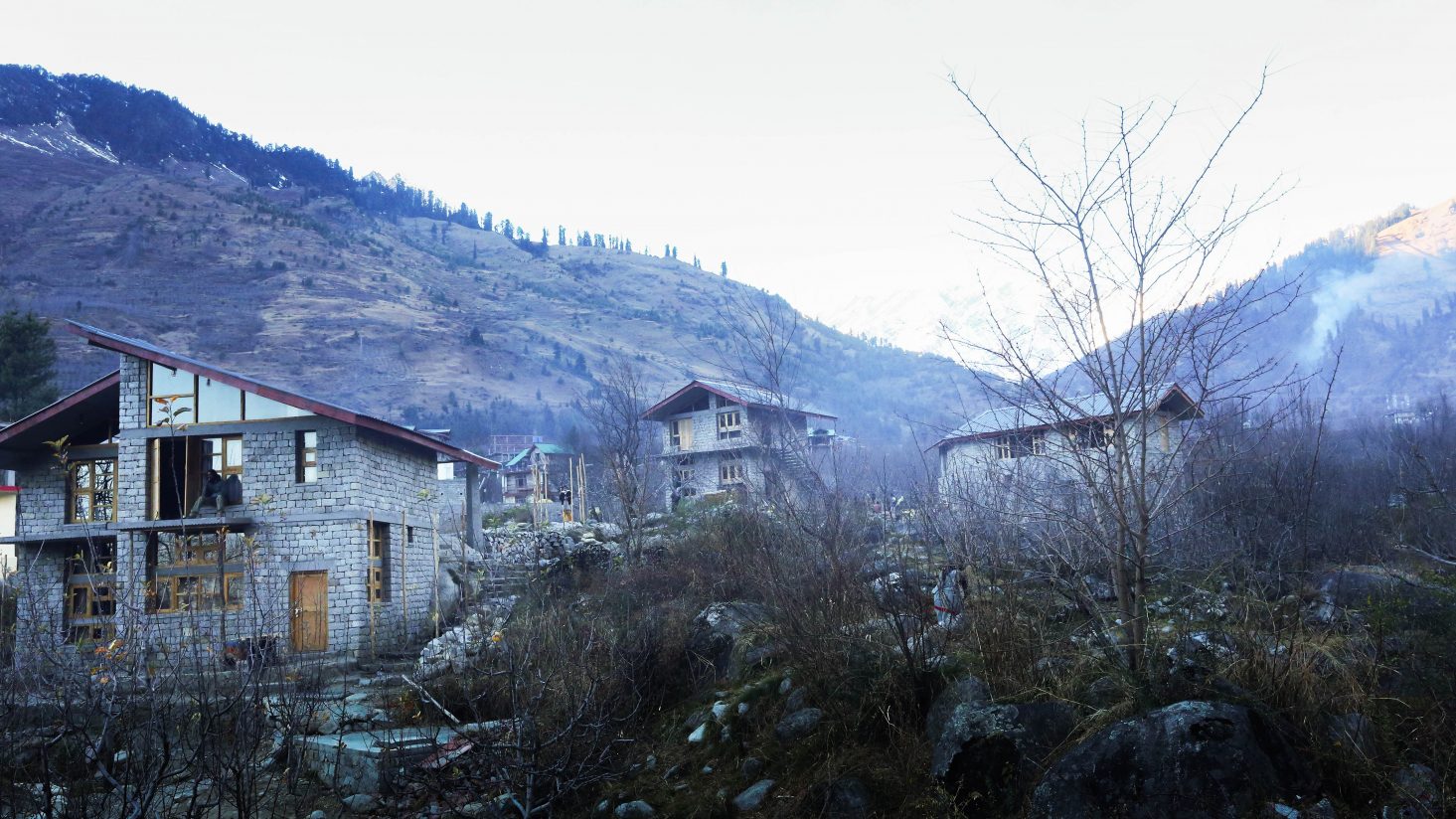 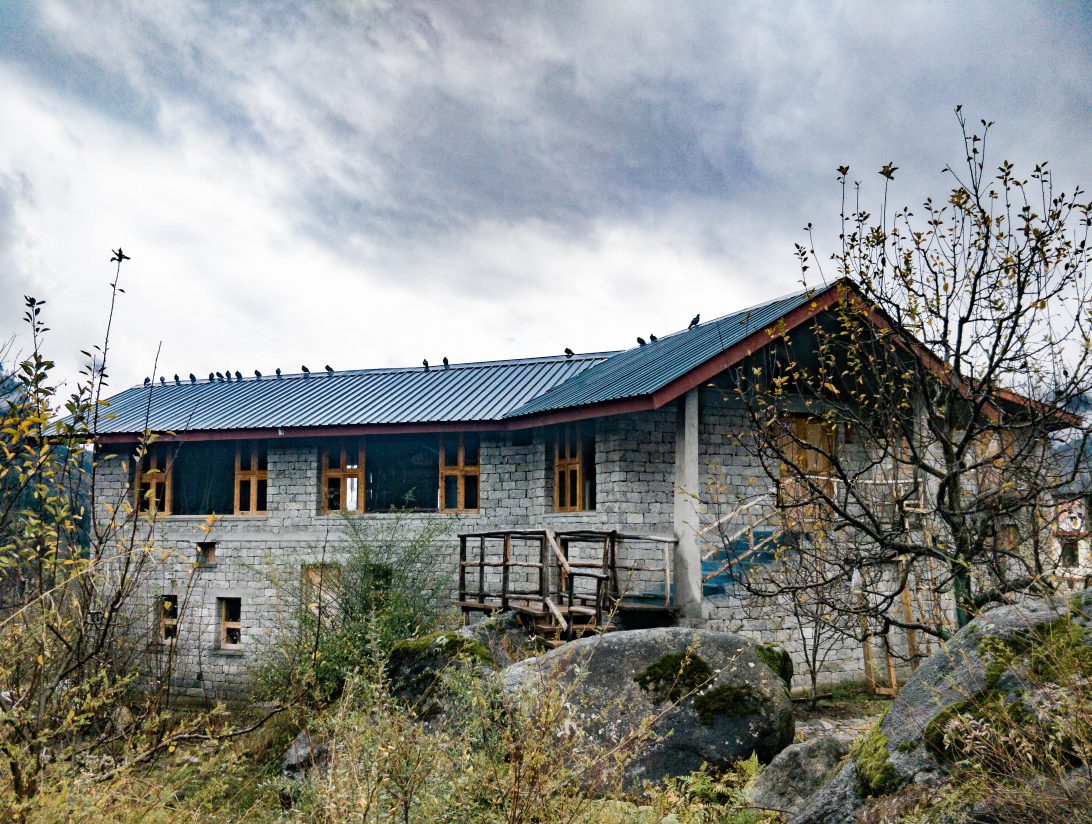 For instance, in our project at Someplace, Manali, the client had a cob house in mind, with mud-plastered walls and such. When we arrived at the site, we realized the earth available there was only sufficient for the apple orchards in the vicinity. However, rock was plentiful, with these huge outcrops and boulders dotting the site. This was therefore the natural choice. We also had an onsite architect with whom we worked closely and mobilized a local workforce and craftsmanship. Several design decisions are made through the exchange of knowledge on site. 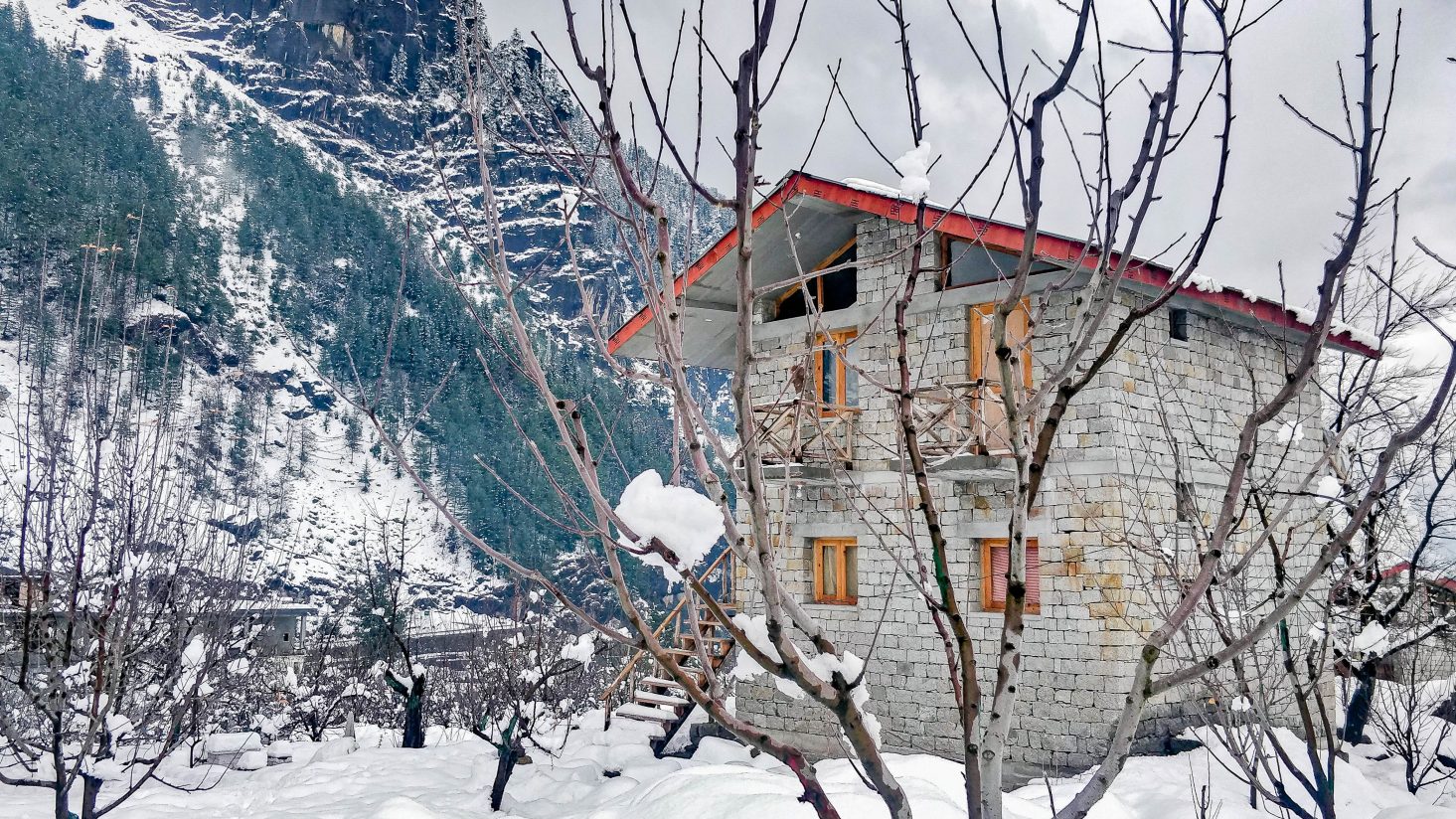 SCALE: Your work seems to be leaning towards the vernacular, although you have carried this over to urban settings as well. How has it been, taking rural technique to the urban setting?
Areen: We try not to confine ourselves to tags like ‘urban’ or ‘rural’. It is true that most of our work lies in semi-urban or peri-urban areas and rural regions. 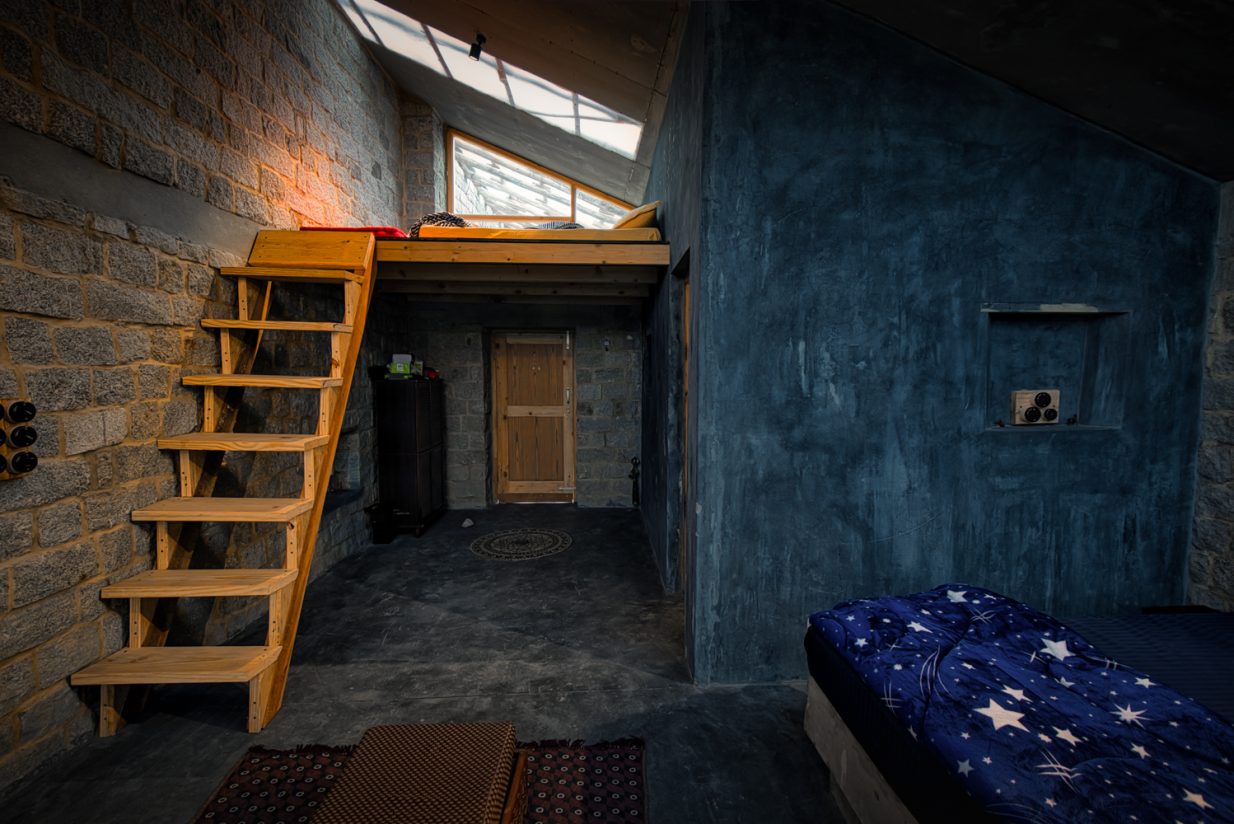 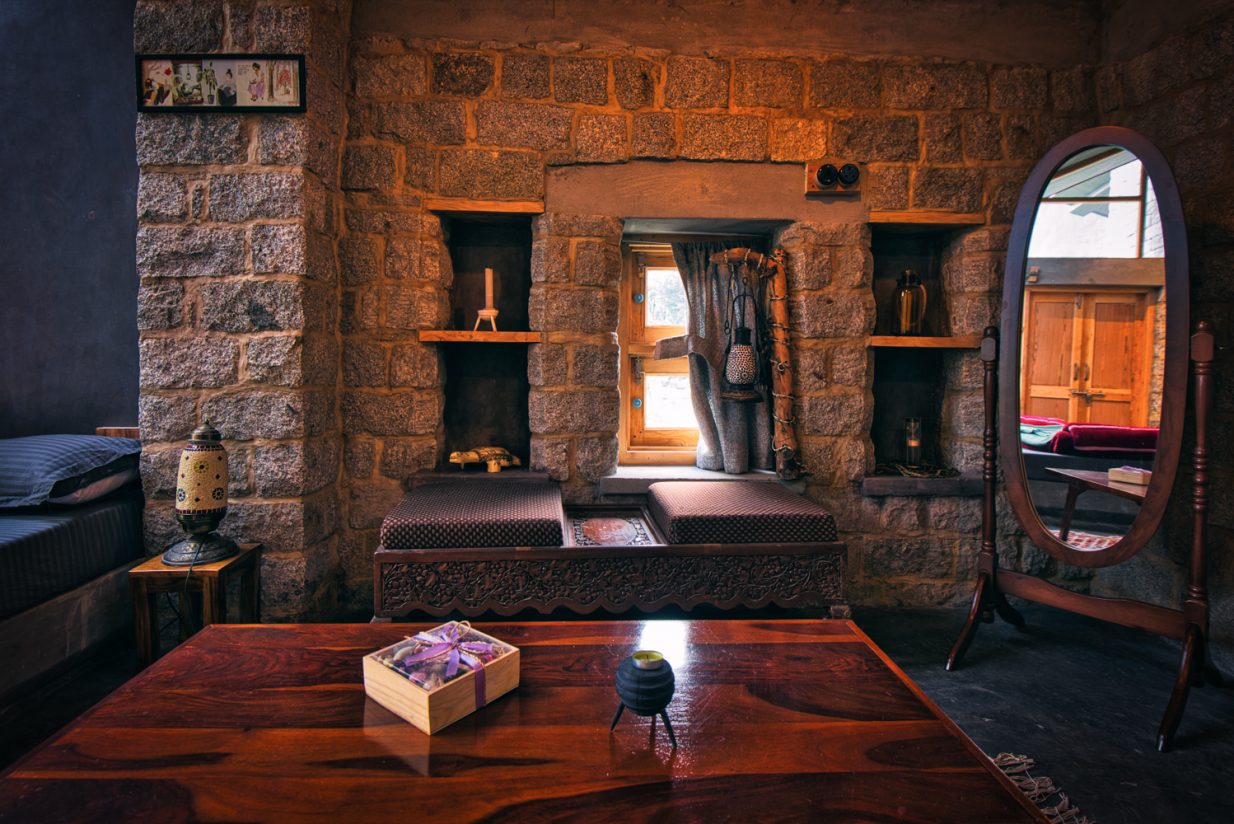 Like I mentioned earlier, it starts with what is available. If the primary materials are not available, we cast a radius of say two kilometers and scan the resources – materials, workforce, etc, if not available, then we expand that radius to five kilometers or ten. In this sense, what we have come to agree on is to produce ‘appropriate architecture’ for the particular landscape and people we’re working on each project. 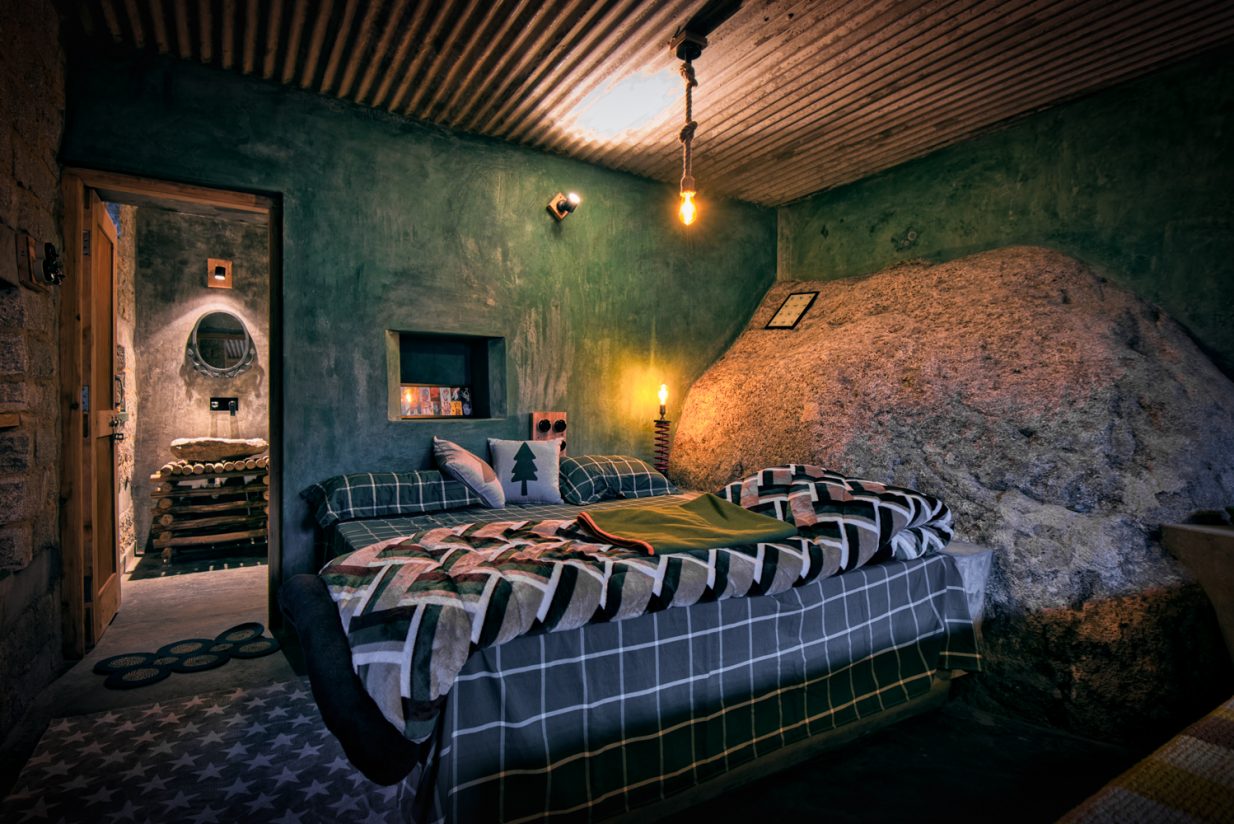 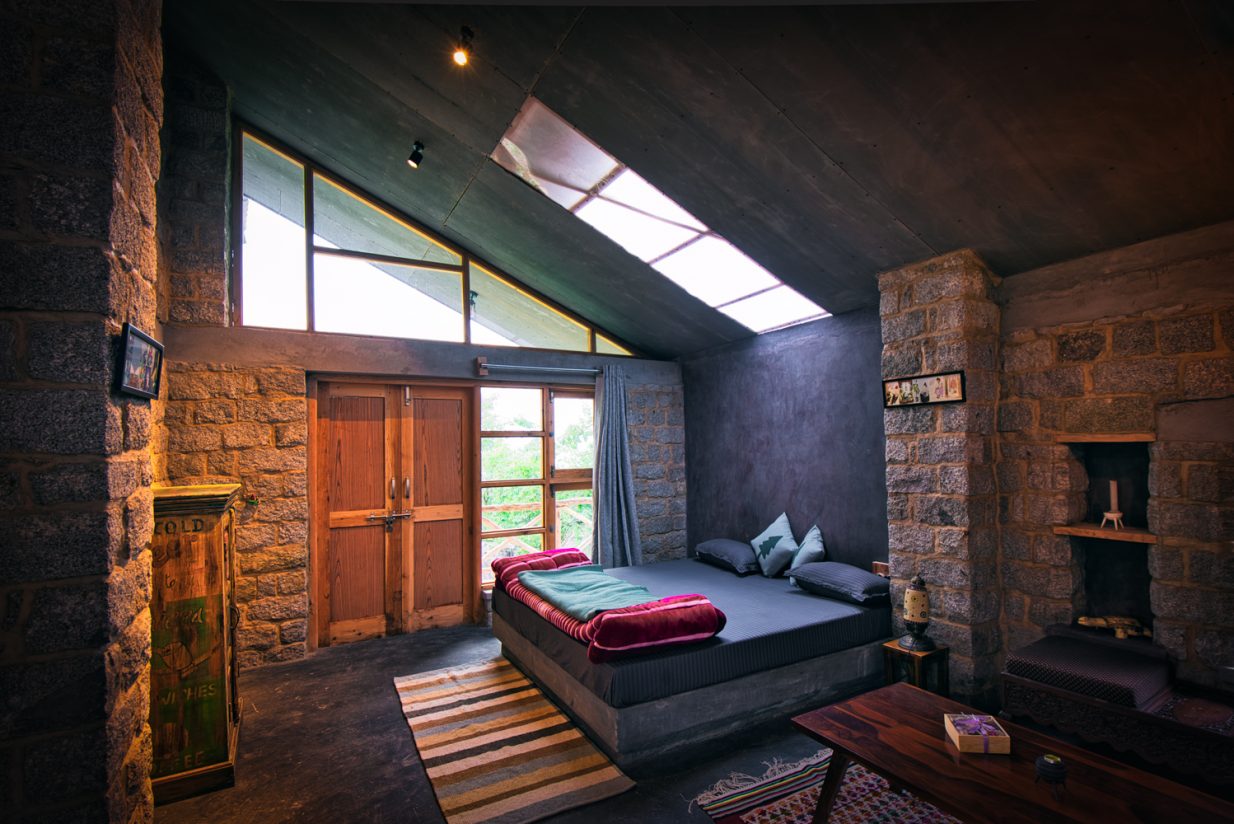 SCALE: Thus far, you have a very rooted and very honest kind of online visibility. Is this something that reflects your worldview? How do you think it matters in this age?
Areen: (Laughs) Thank you, it’s good to hear people think so. But again, we have been thinking about this need for renewing our online presence. We have not been typically the ones to post on Instagram and such. But yes, it has for better or for worse become a necessary part of conducting a practice. We mean to continue that honesty while revamping. 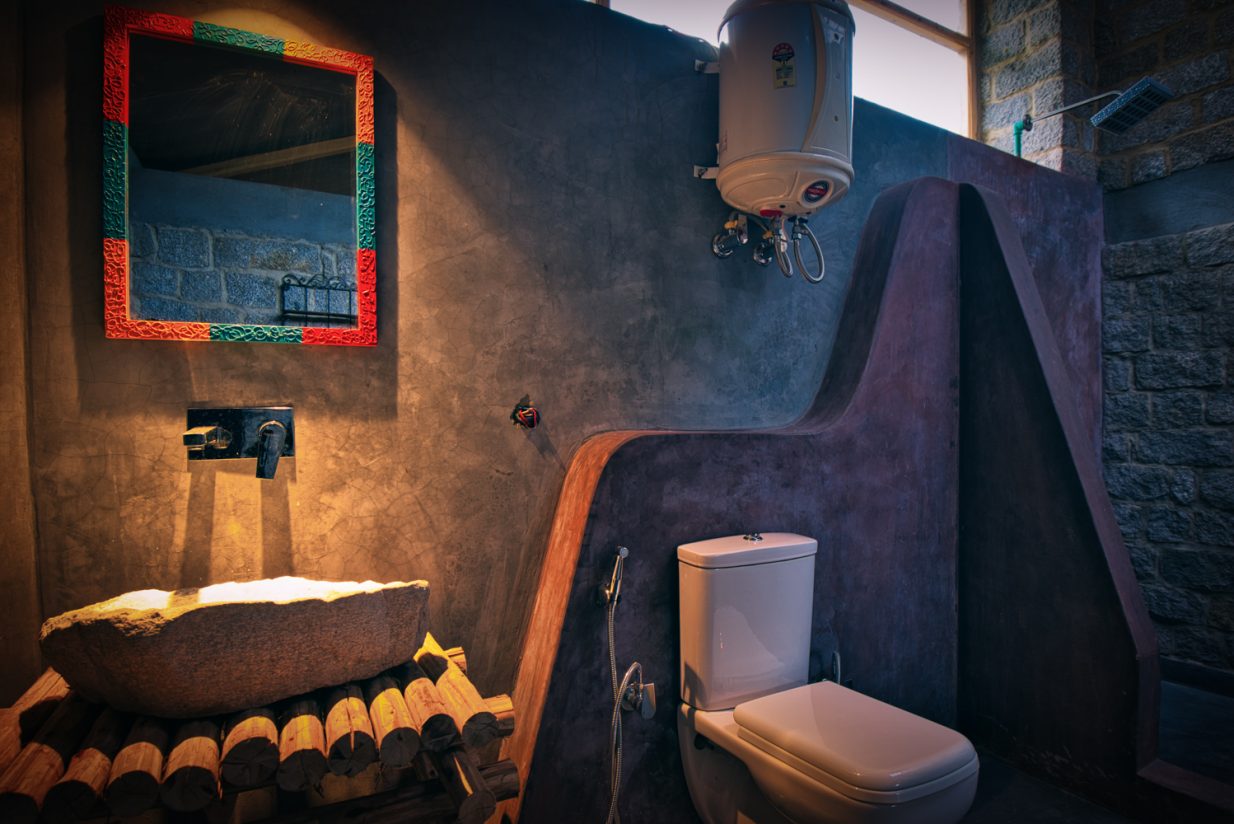 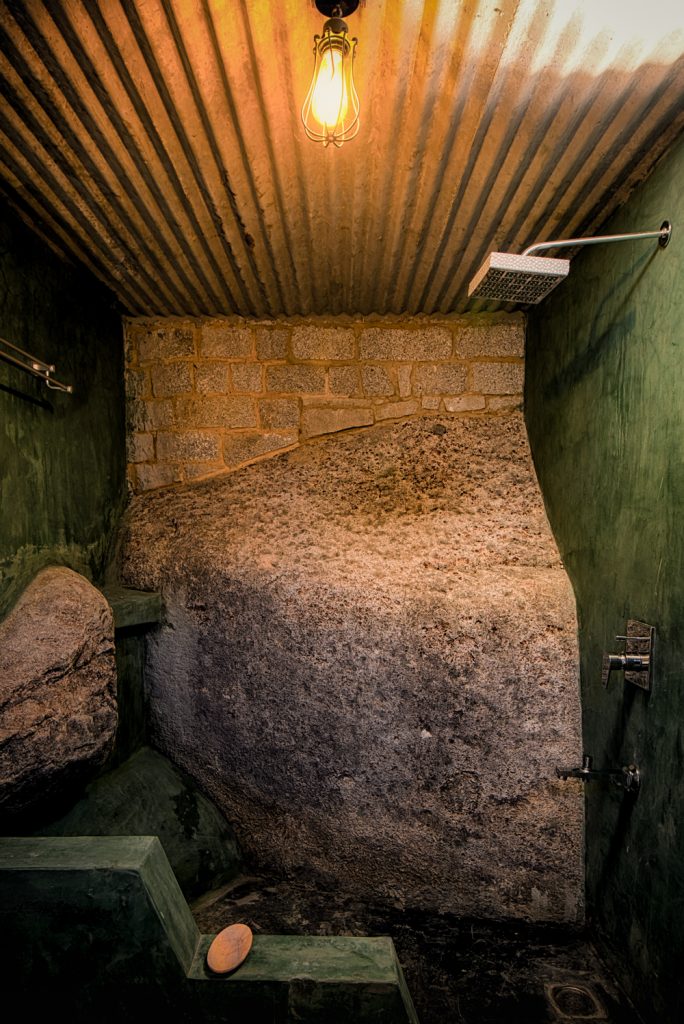 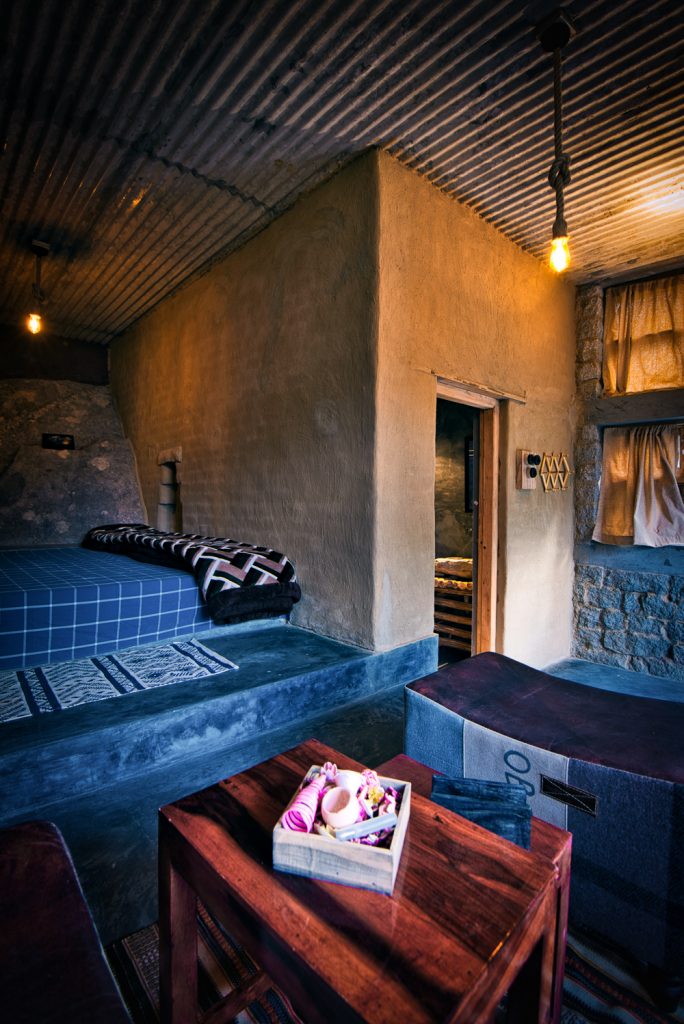 Currently, PYHT is anticipating the completion of their book, which traces their journey over the past decade.