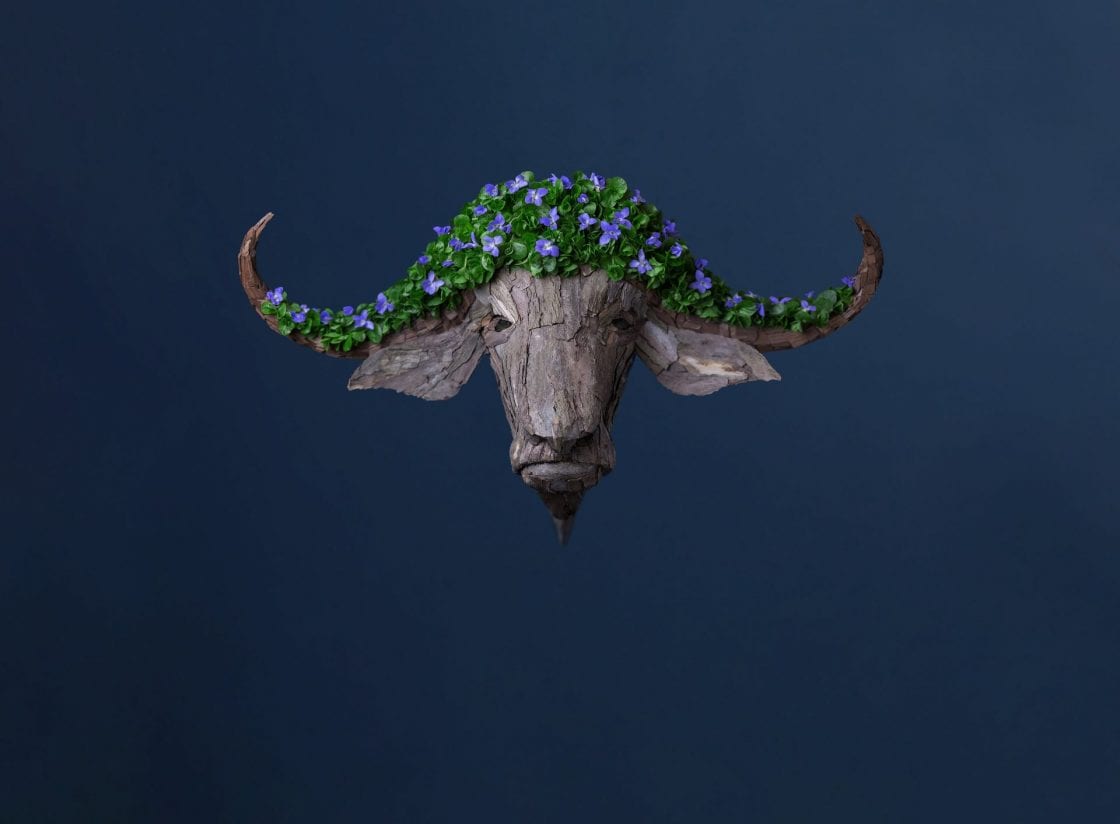 The Ephemeral Canvas of Raku Inoue

Canada-based multidisciplinary artist Raku Inoue uses flowers, insects, and twigs from nature to create elaborate portraits of insects, and animals, capturing them through his lens to make an everlasting memory. By Amiya Hisham

On a windy day, in his backyard, fragile blossoms from the rose bush lay scattered. A while later the petals had transformed into a beautiful insect on Raku Inoue’s desk. This would be the first of many that would take shape by virtue of Inoue’s nimble artistry. Butterflies from blooms, buffaloes from bark, and dragons from daily produce – these are the images that he conjures from a rarely explored botanical palette. 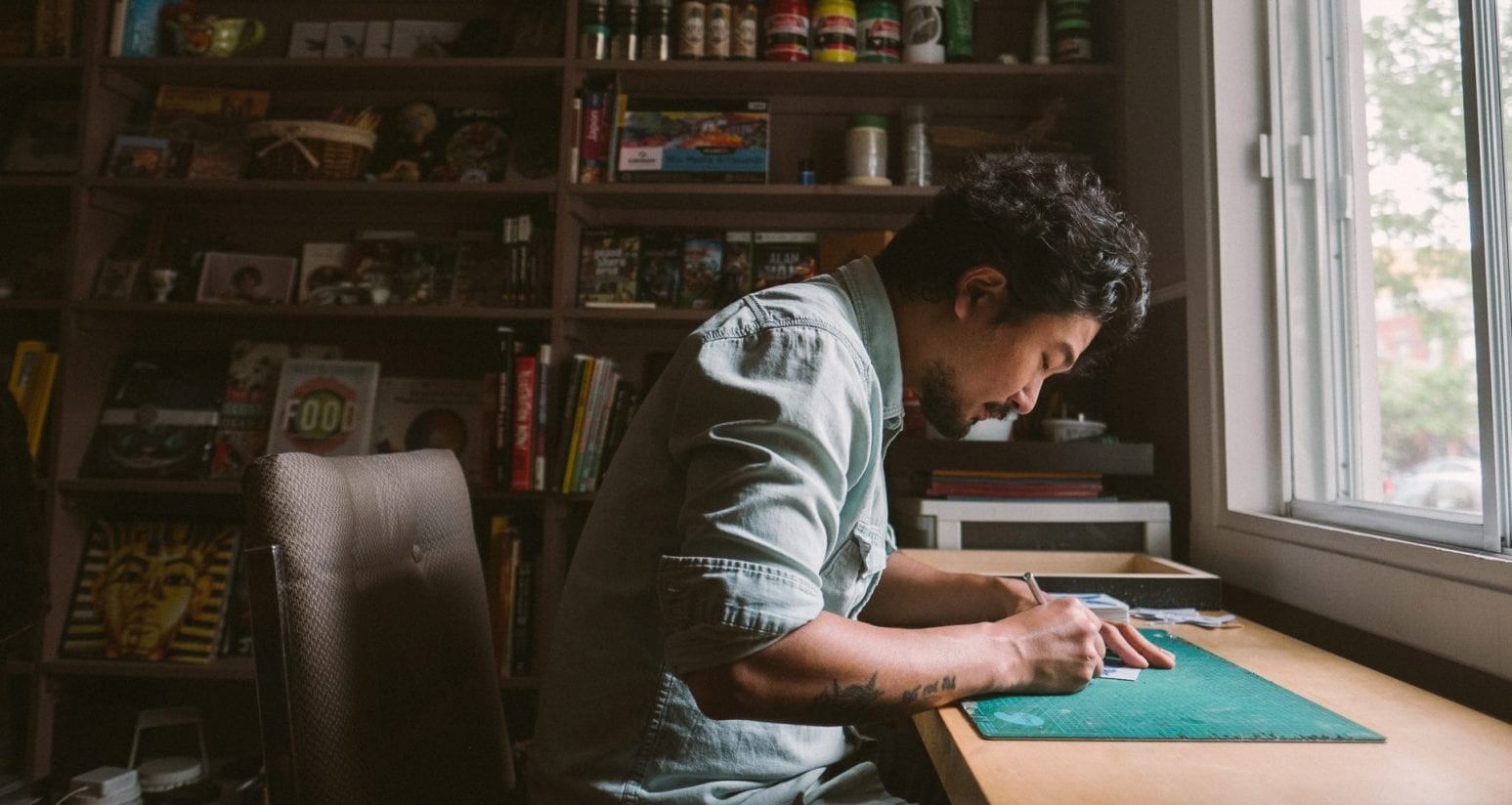 Raku Inoue is a multidisciplinary artist, born in Tokyo, Japan, and is now based in Montreal, Canada. He was trained in traditional media like drawing, painting, and handcrafting and was previously known for his polymer clay sculptures. Later he also learned digital photography and its technical aspects such as lighting, image composition, capturing colors, and post-production-editing. Inoue’s variegated technical skill set has carried over and lent itself well to his current work which are intricate photographic compositions of organic materials like flowers, leaves, and stems. 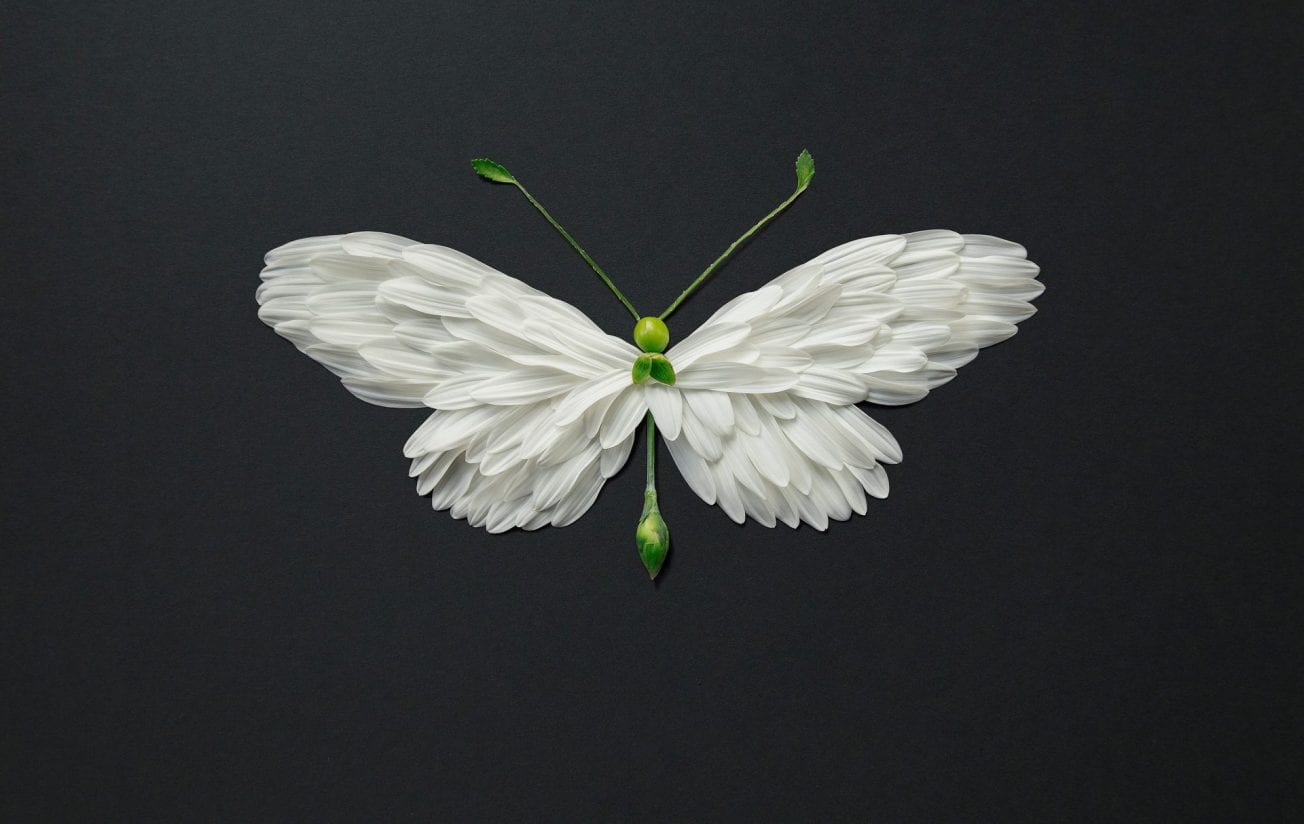 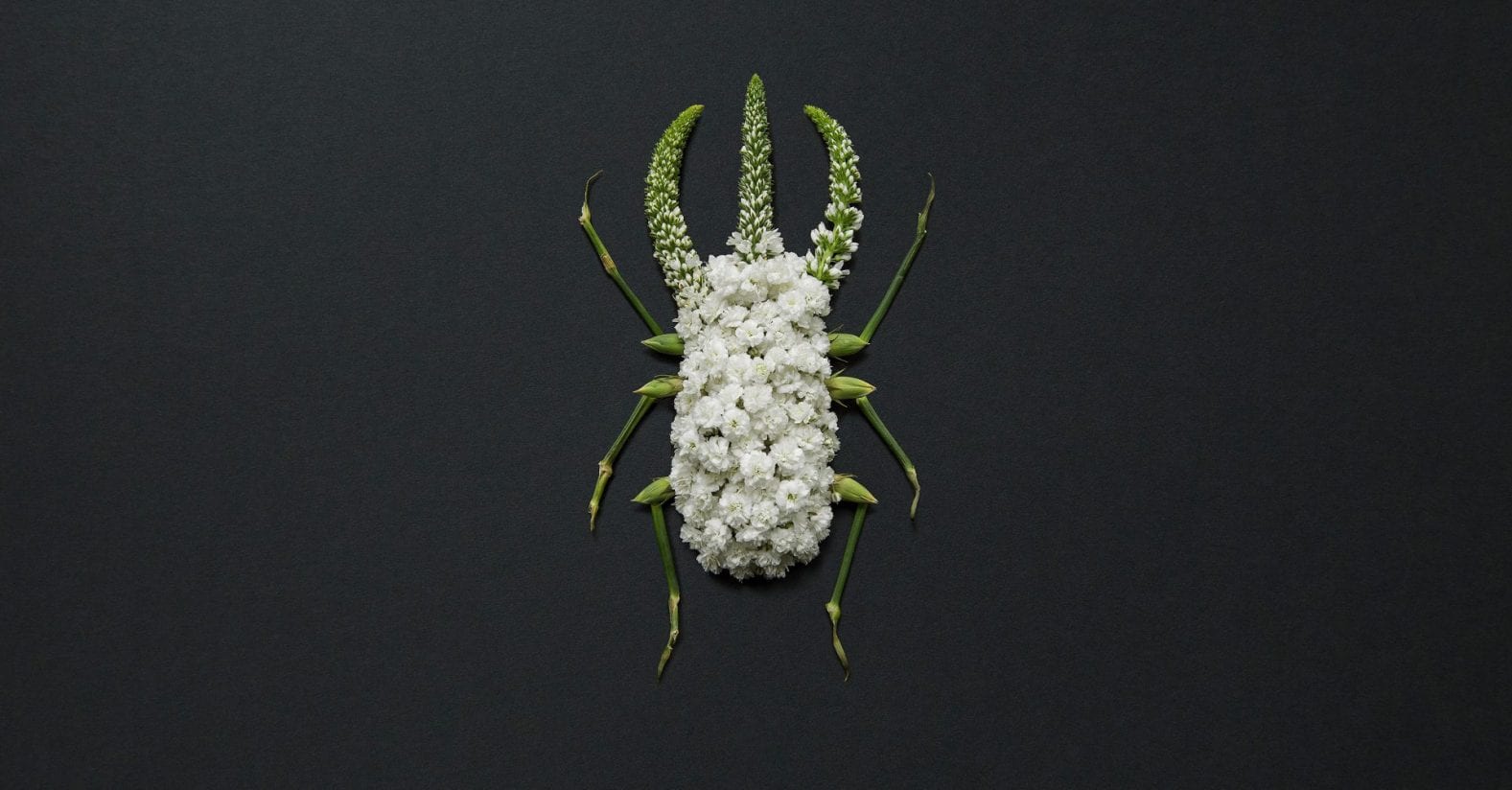 As a child, Raku Inoue was drawn to living things, especially insects, his primary subject even while working with polymer clay. When he began to experiment with floral art about three years ago it was only natural for him to “gravitate towards something [he] was always fond of.” 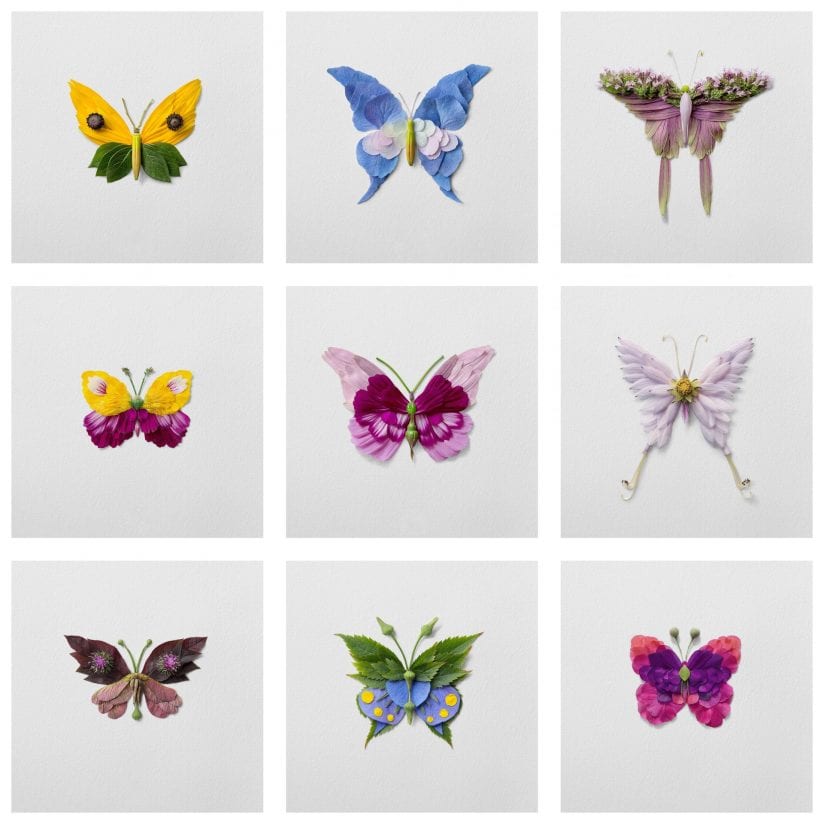 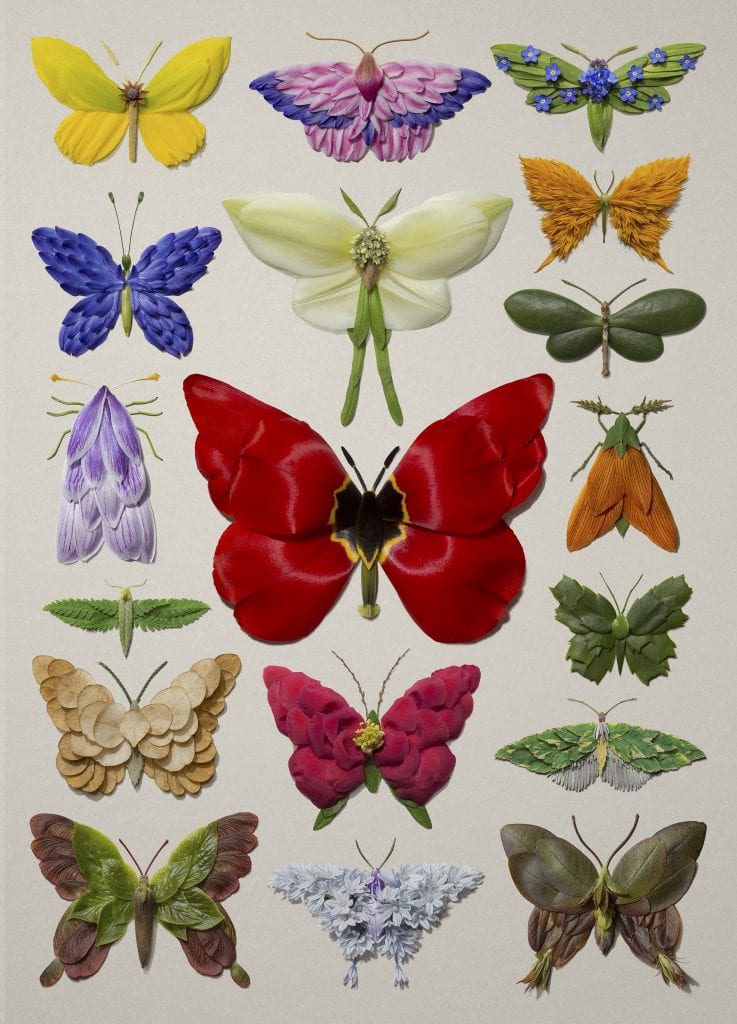 At the outset, it may seem as slow meditative art, but working with a material like flower petals is about being aware of their delicate, ephemeral nature. Inoue observes, “it is important to have knowledge of the materials; with practice and time one gets to know them better. Certain flowers, for instance, do not tolerate the light and heat of the camera, others cannot survive humidity. And some can last for weeks.” Inoue avoids using preserved flowers for his art. “My intention is to capture the beauty of the moment,” he remarks.

RELATED  Finding the Good Side of Buildings 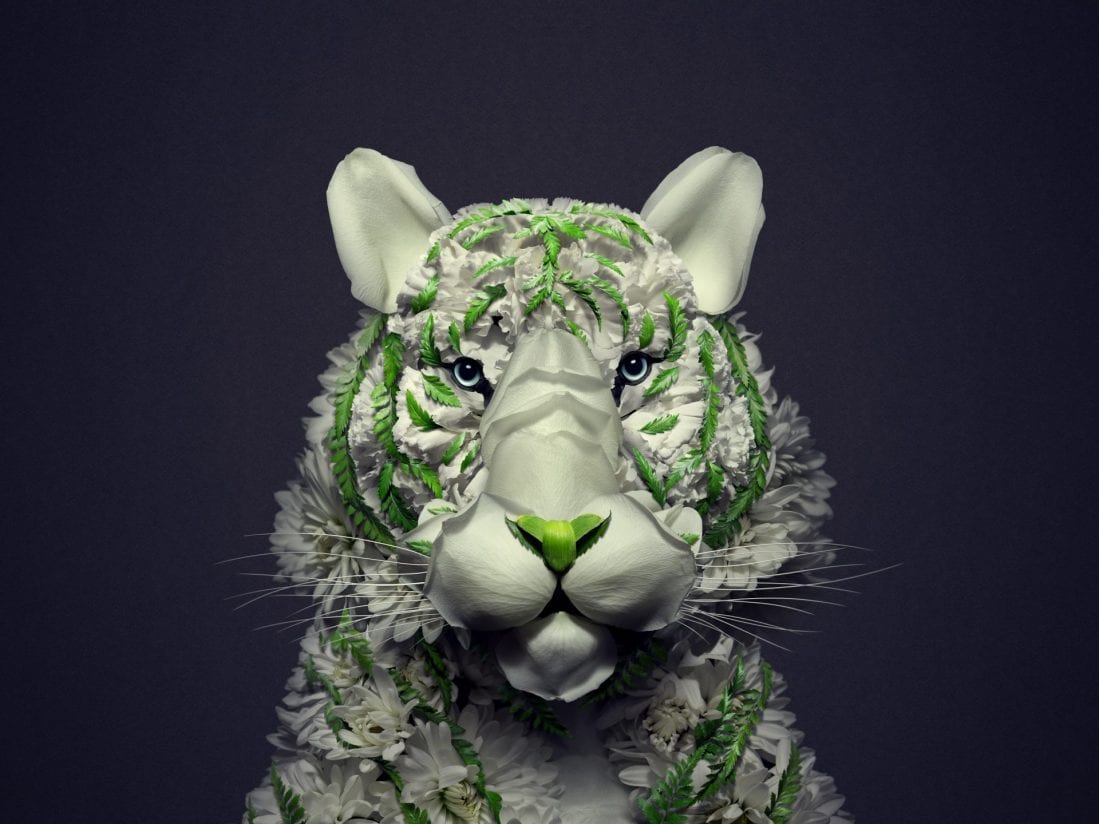 Inoue’s creations embody his Japanese aesthetics, sublime, and minimal. They are not however simply decorative but layered with technique and highly personal abstractions drawn from his own experiences and outlooks. ‘Kindness’ is one of the striking pieces in his portfolio – a personal piece from the series Natura Tribute, created in the memory of his step-father. It is represented by a tiger, made from white and green petals, digitally processed with calm arresting eyes. The image speaks of fortitude and gentleness at the same time. 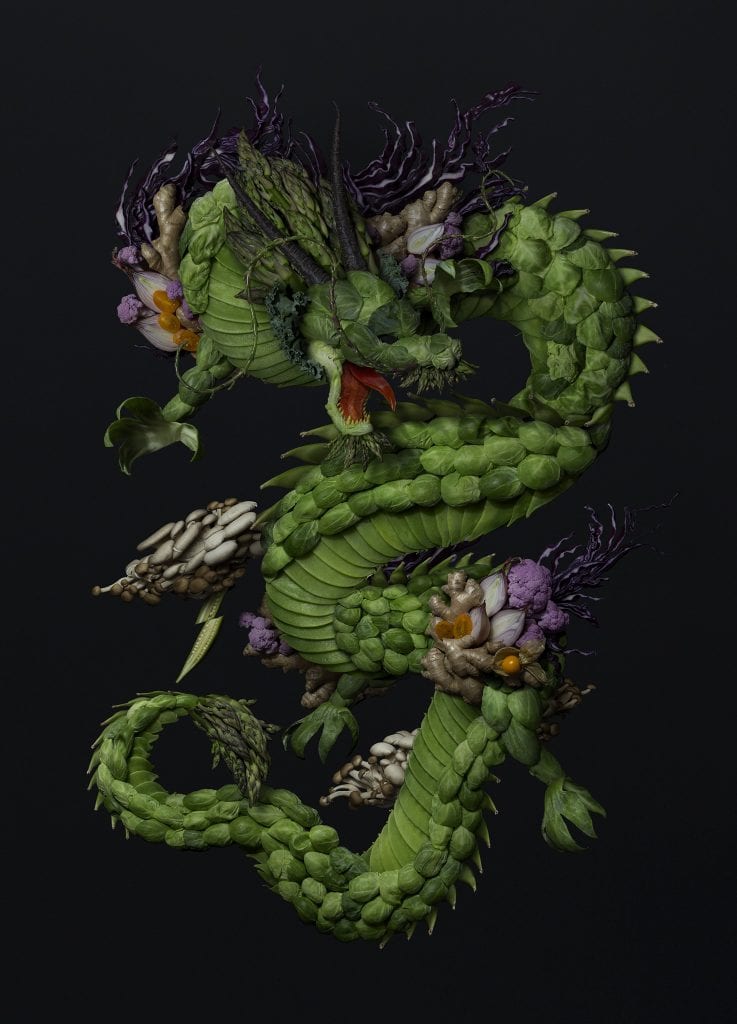 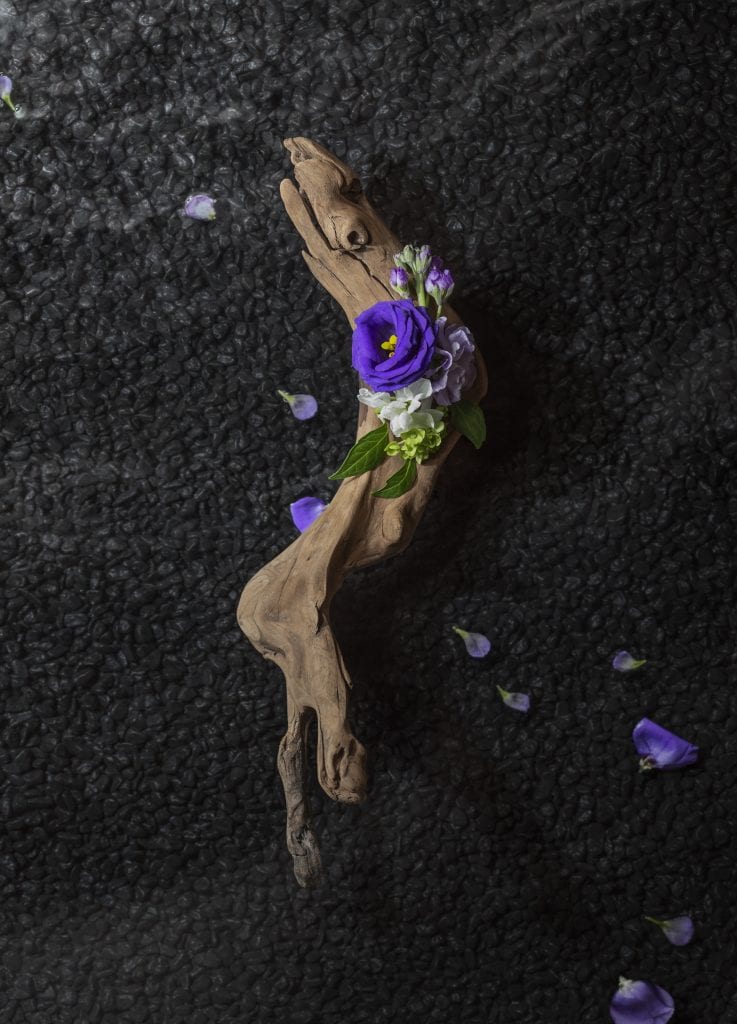 Inoue is invested in understanding the clients he works with, who in most cases are closely related to the art scene or artist in their own right. His most recent work for Fool Magazine required him to interpret three texts by renowned culinary masters Andoni Luis Aduriz, Thomas Frebel, and Sean Brock. It was partly done during the coronavirus lockdown. His interpretation of the text “No Reward, No Rebuke” written by Sean Brock was a switch from his regular floral palette since non-essential businesses were closed at the time. Taking inspiration from Brock’s many tattoos and his favorite ingredients he styled a Japanese-style dragon from daily produce instead of flowers. There is imminent excitement in him when presented with challenges like this which push his boundaries. 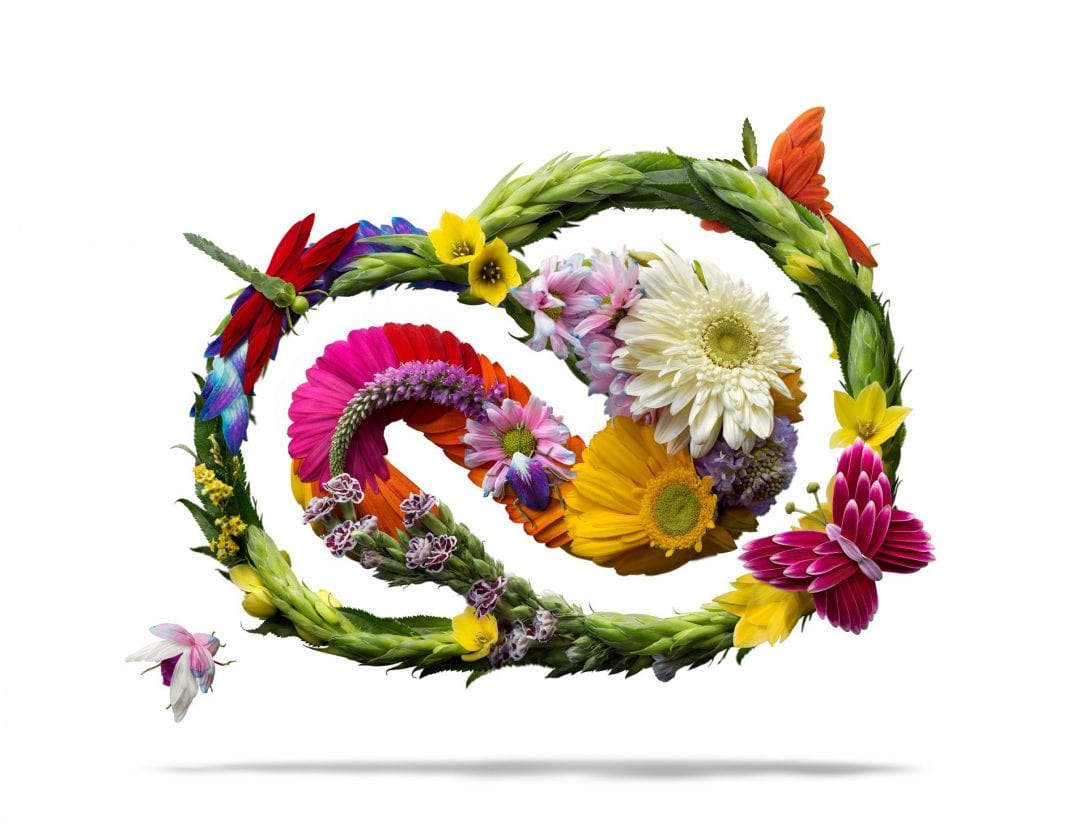 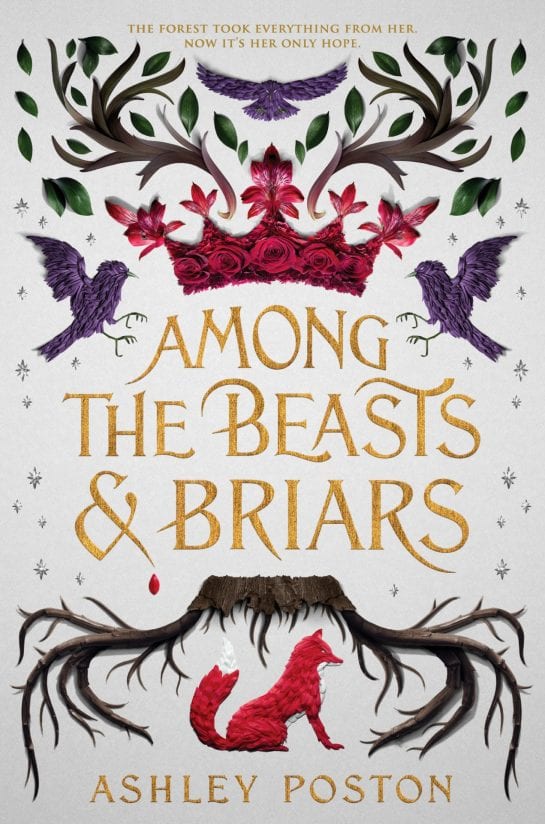 Raku Inoue’s rare art form has garnered international attention and creative collaborations with influential labels such as National Geographic, Harper Collins, and The Wall Street Journal to name a few. He finds that being a freelancing artist, he has had the fortune of choosing his own path and at the same time being able to collaborate with others. “Although I have my own preferences and work from a creative director’s point of view, I try to put these aside and let in the exterior ideas and deliver a mixture of ideas which would not otherwise arise from me alone.

RELATED  The Reality of Fast Fashion in Virtual Reality