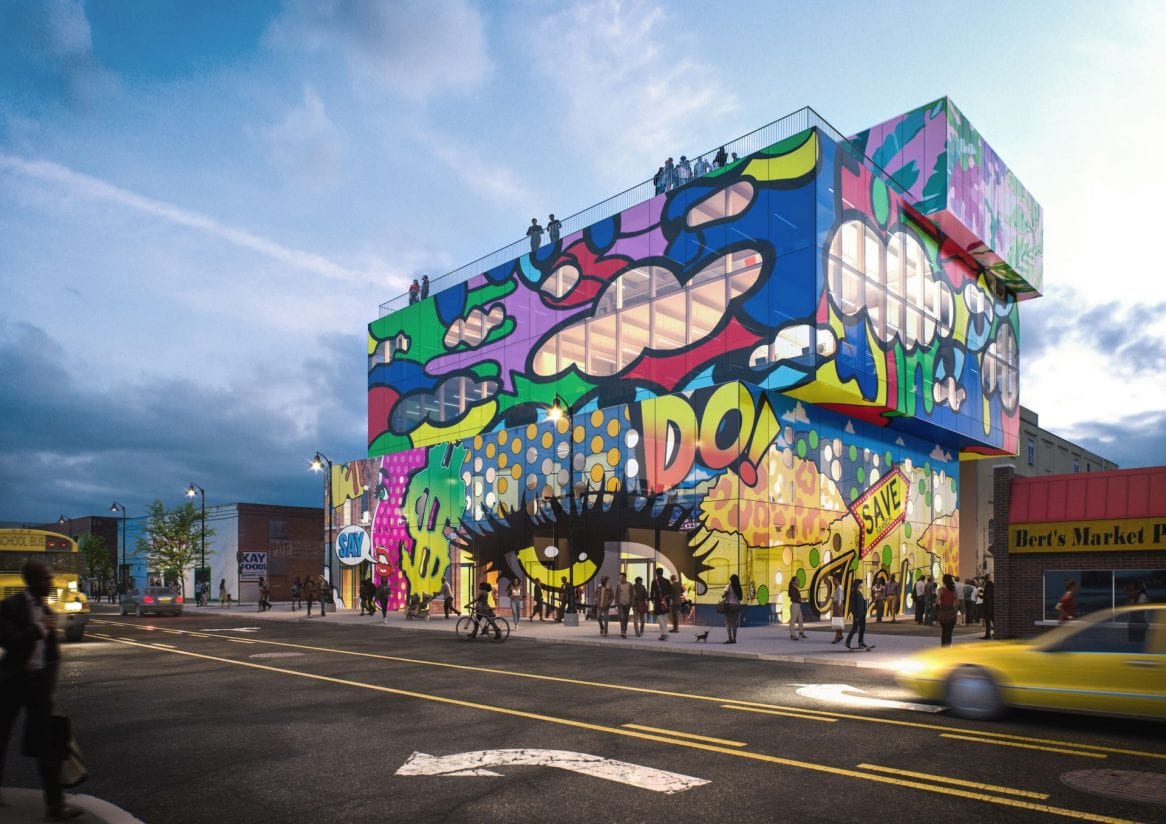 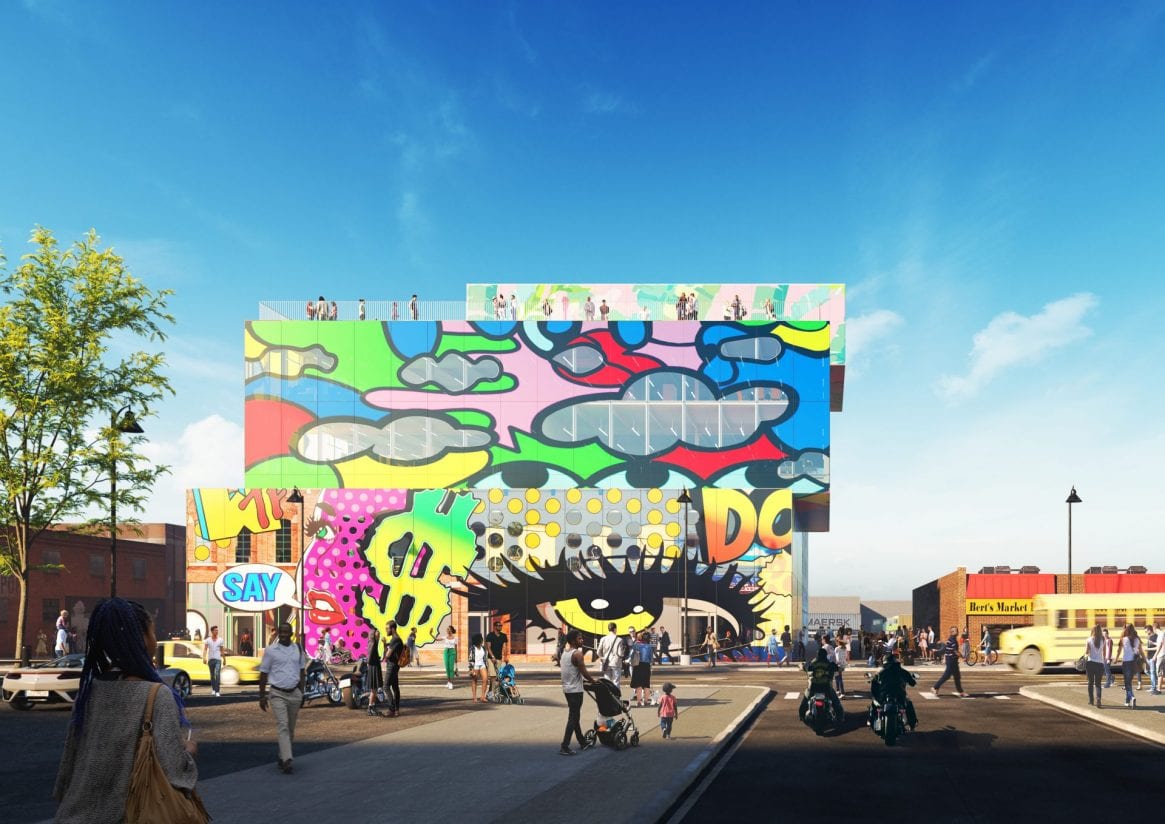 Located just outside the city’s downtown core, the existing character of Eastern Market was a clear inspiration for the project’s design. Vibrant and popular, the historic Eastern Market is the largest public farmers market in the United States, and continues to thrive as an active food hub for the region after nearly 130 years. 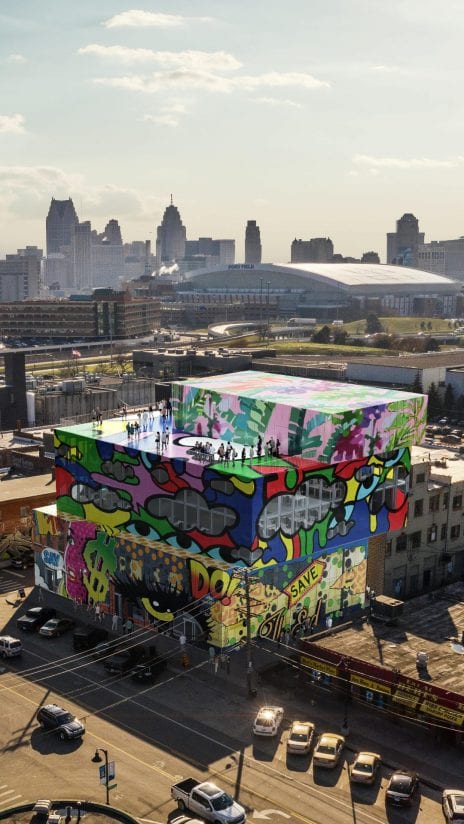 Designed by MVRDV, The Netherlands-based architecture and design firm, with its colourfully printed glass façades that both celebrate existing murals and add new artistic works to the area, Glass Mural takes a new approach to preserving art and memory through architecture and technology in one of the United States’ most architecturally distinctive cities. In 2015, Detroit was the country’s first designated ‘UNESCO City of Design’. Glass Mural is an exemplary example of how the city is charting a new path forward in 21st century architecture and design. 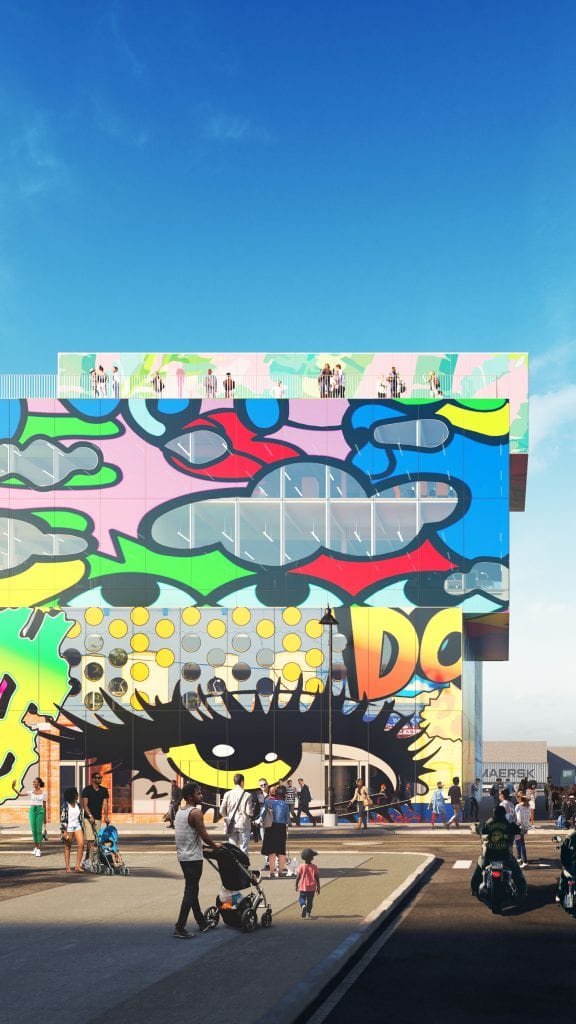 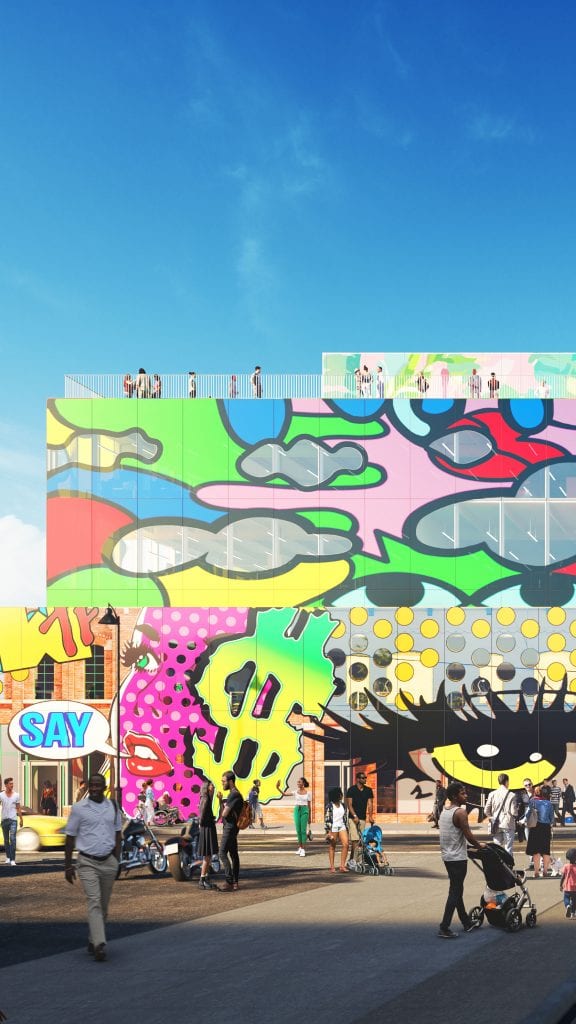 Glass Mural will be located directly across Eastern Market’s largest and busiest market hall, Shed 3, at the intersection of Russell and Division Street. Currently, the site is home to a two-storey brick building whose key redeeming feature is a mural by the established local artist DENIAL. 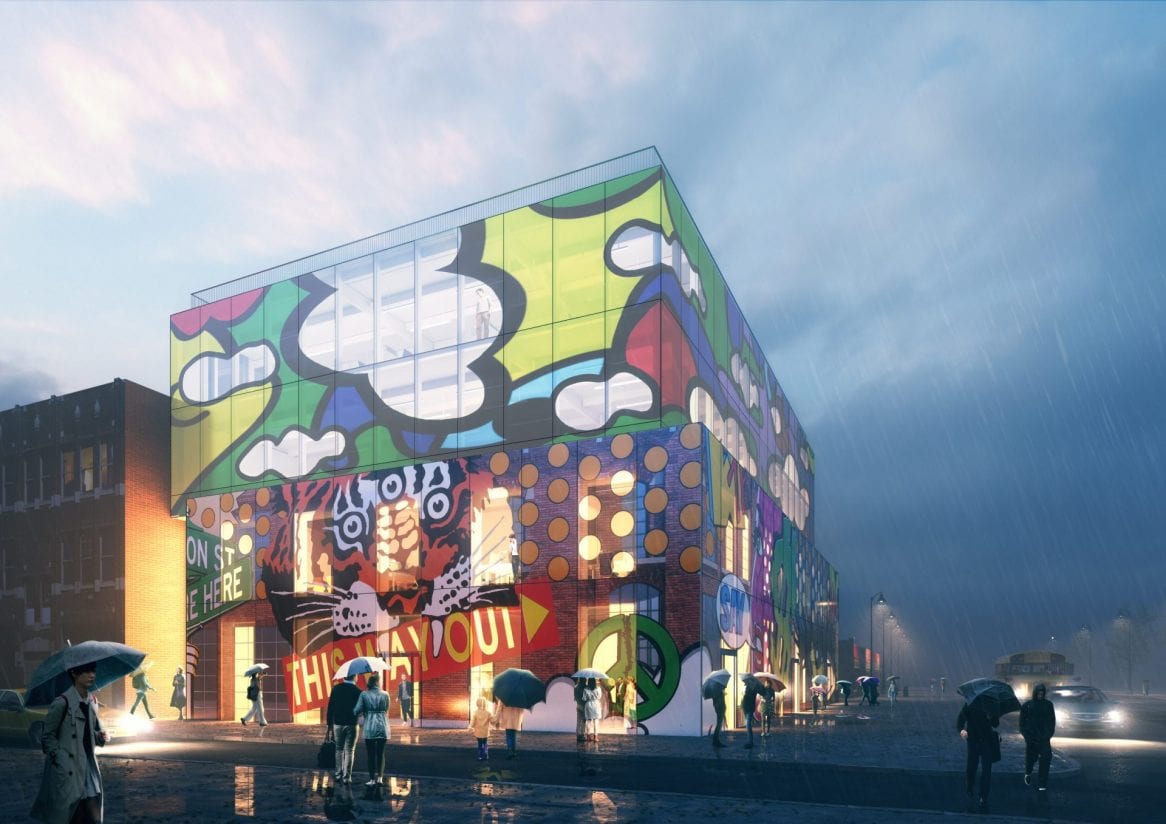 MVRDV’s design for the 40,000-square-foot/3,716-square-meter building comprises a stack of shifting blocks, which becomes a canvas to build upon the area’s vibrant and creative character. Winy Maas, founding partner at MVRDV, said, “the proportions of the blocks refer and connect to the human-scale of Eastern Market.” Operationally, Glass Mural will have a ground-level retail storefront, with three floors of offices dispersed throughout the two primary glass blocks with permanent artworks. The third block will house circulation cores and access to the roof deck, which will be a fully occupiable amenity for office tenants. 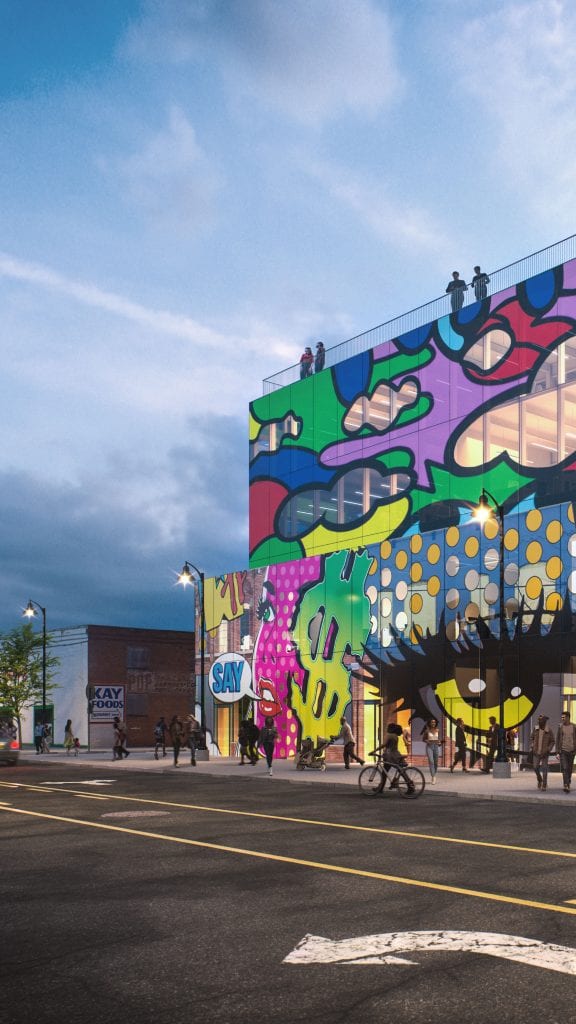 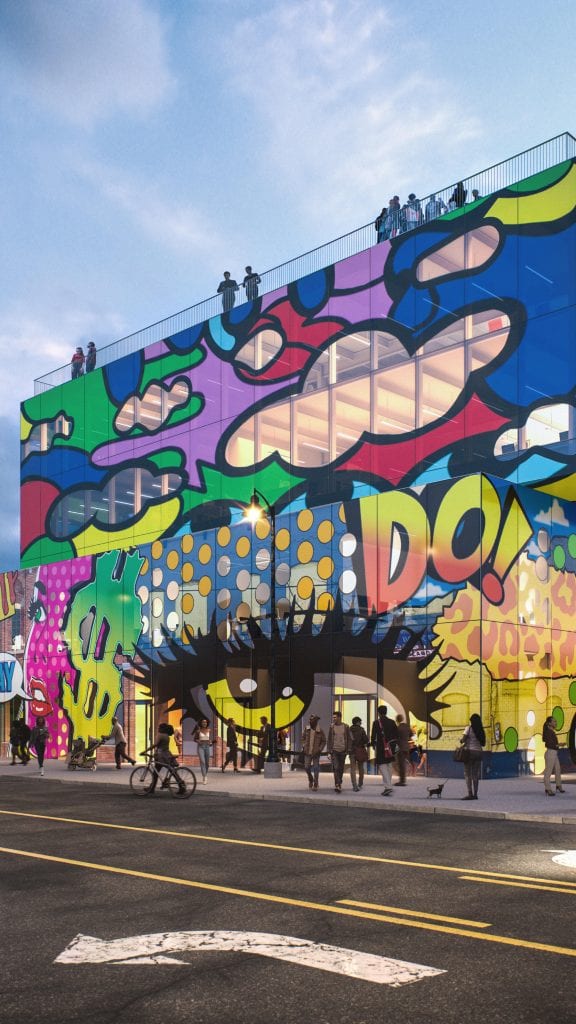 In slight contrast with DENIAL’s work on the first block, the second block will present a newly commissioned mural by Sheefy McFly, one of Detroit’s top emerging artists. The building blocks and murals will make use of cutting-edge glass printing techniques to combine the colourful artworks with areas of transparency, providing windows for the shops and offices inside. Unlike the other glass facades, the third block will feature a “flat façade finish” to create a canvas that will be ever-changing. It will provide an opportunity for different artists over time to come and paint murals. 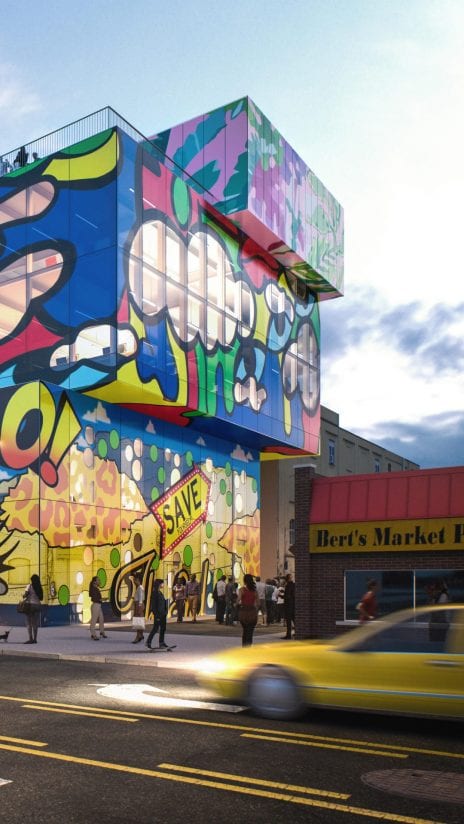 Maas adds, “We loved the idea of the artworks that bring this area to life, and this building is our tribute to this character, eternalised through a printing technique. It allows us to interact with the spirit of the neighbourhood in a way that is playful and unexpected. Our decision to do so with glass is also practical, as it allows us to incorporate windows to become a part of the artwork, not an obstacle for artists to work around. That enables a greater level of faithfulness to the original artwork that will be recreated, as well as greater artistic freedom for the new artwork.”. 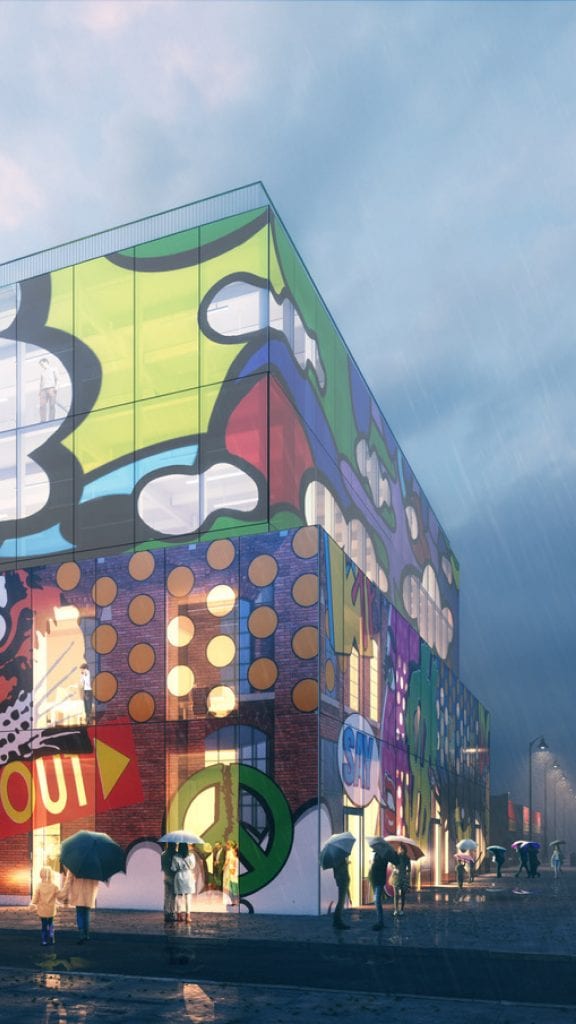 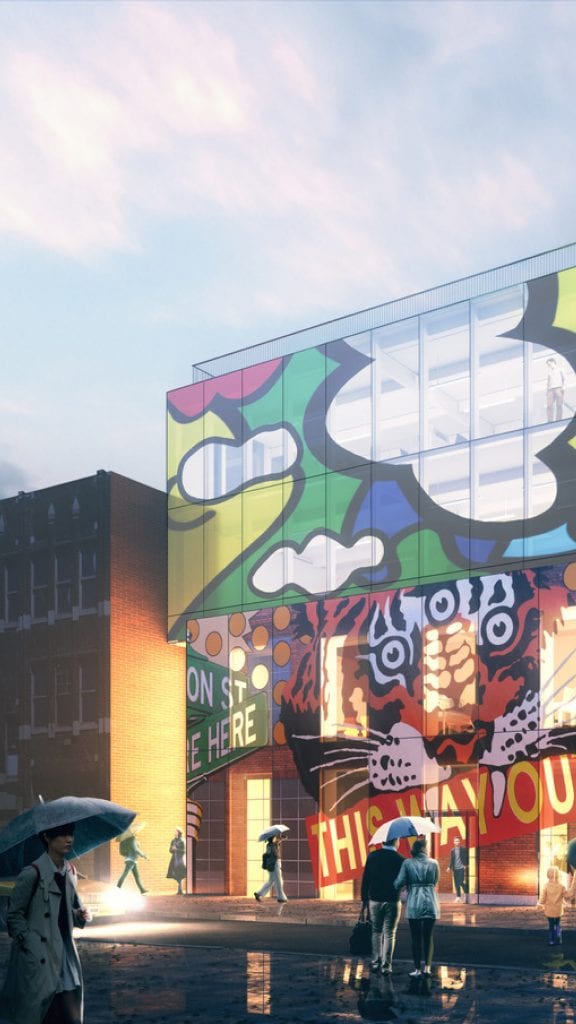 The glass facades will be produced using digital ceramic printing, a technique which MVRDV has considerable experience in. They previously used the technology in their 2013 project Glass Farm, where an image of a typical Dutch farmhouse was enlarged and printed onto the exterior of a new glass building in the heart of the village of Schijndel, the Netherlands. 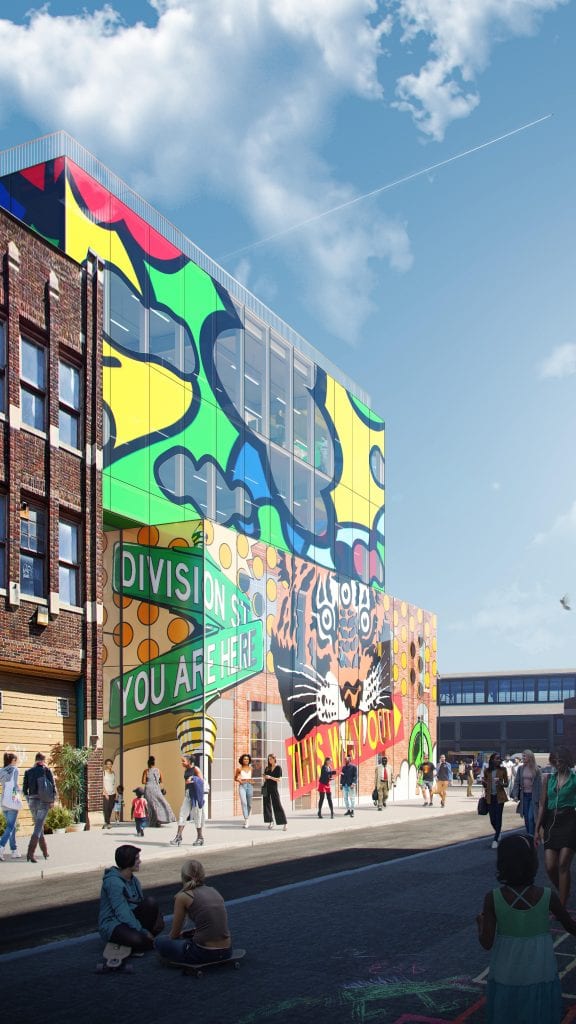 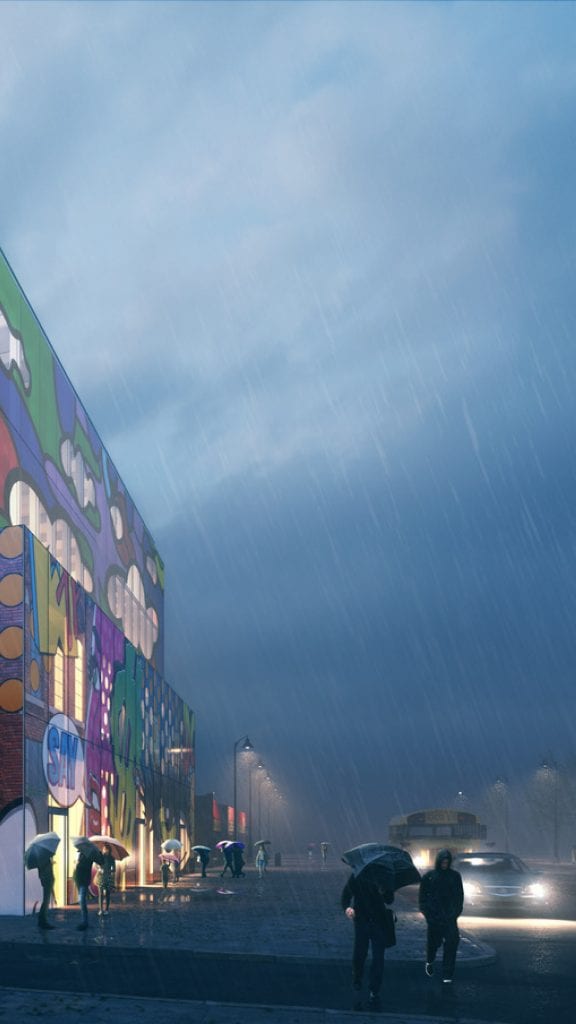 MVRDV’s selection was the result of a collaborative effort between the client FIRM Real Estate and Architecture Talent Agency, a Detroit-based company that represents international architecture and design firms for new projects. The first stage of the project commenced on September 30, 2020, with construction of Glass Mural set to begin in 2021. 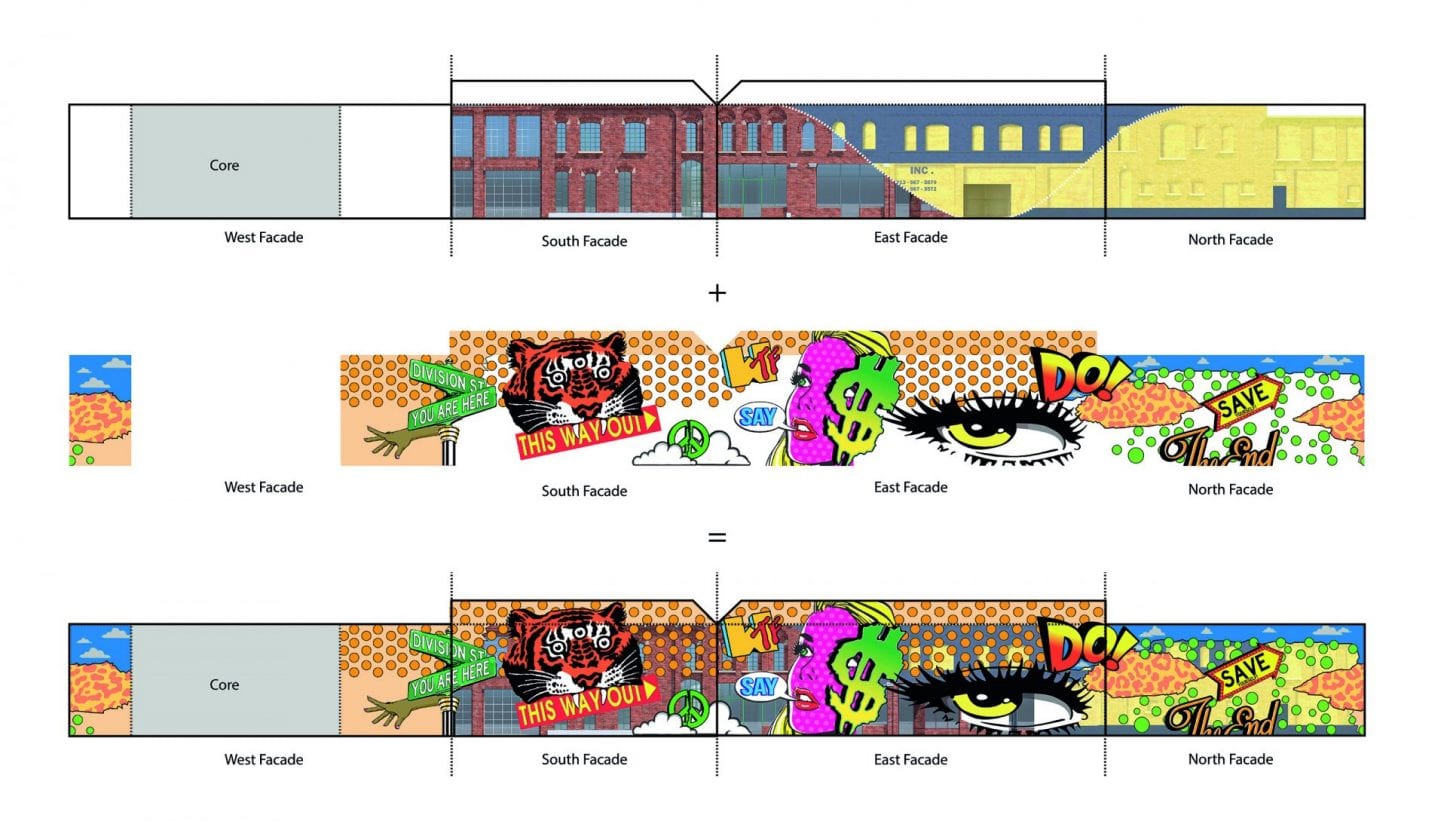