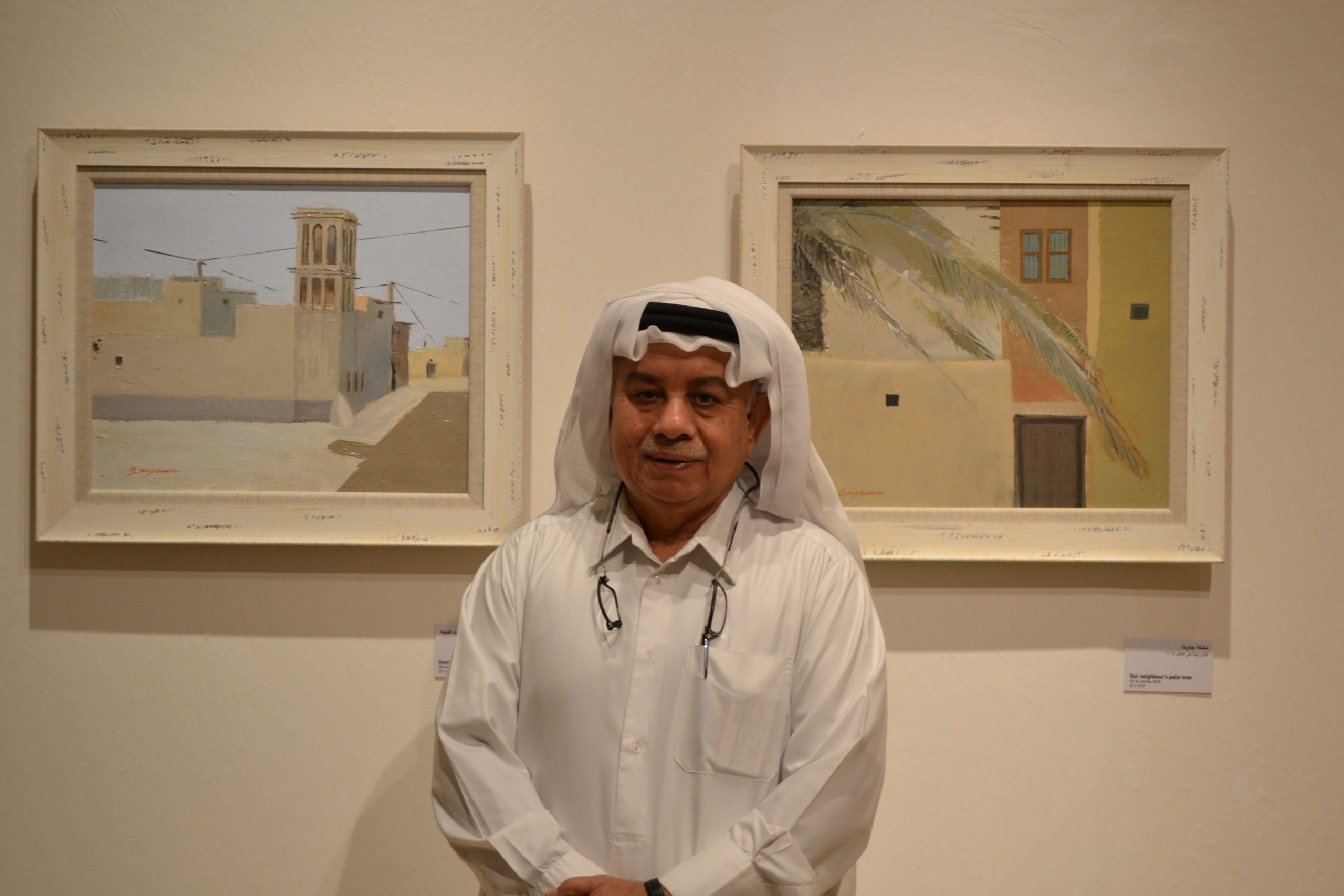 The Hues of History Through the Strokes of Yousef Ahmad

Through light and shadow, Qatari artist Yousef Ahmad takes us back in time. By Ayswarya Murthy 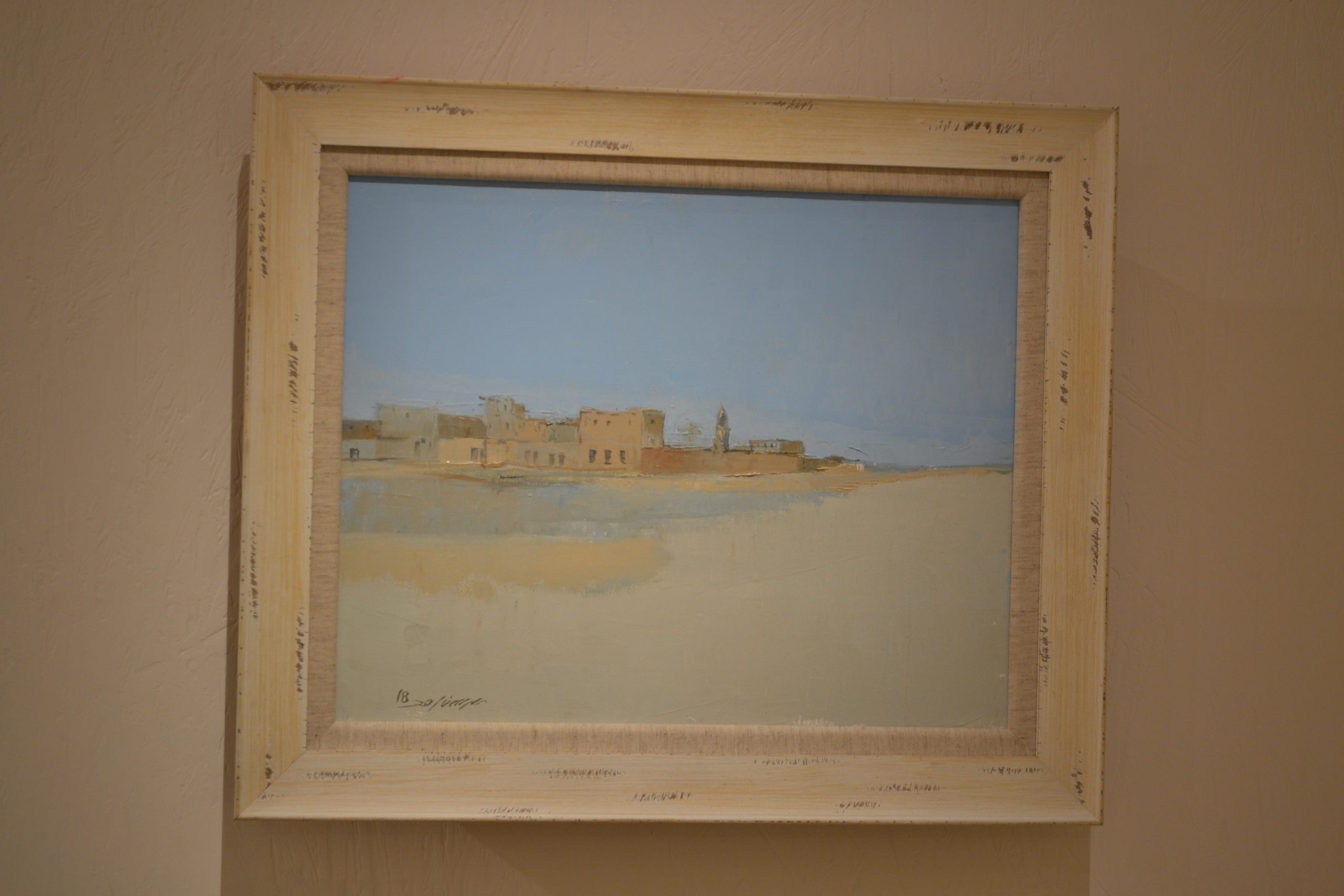 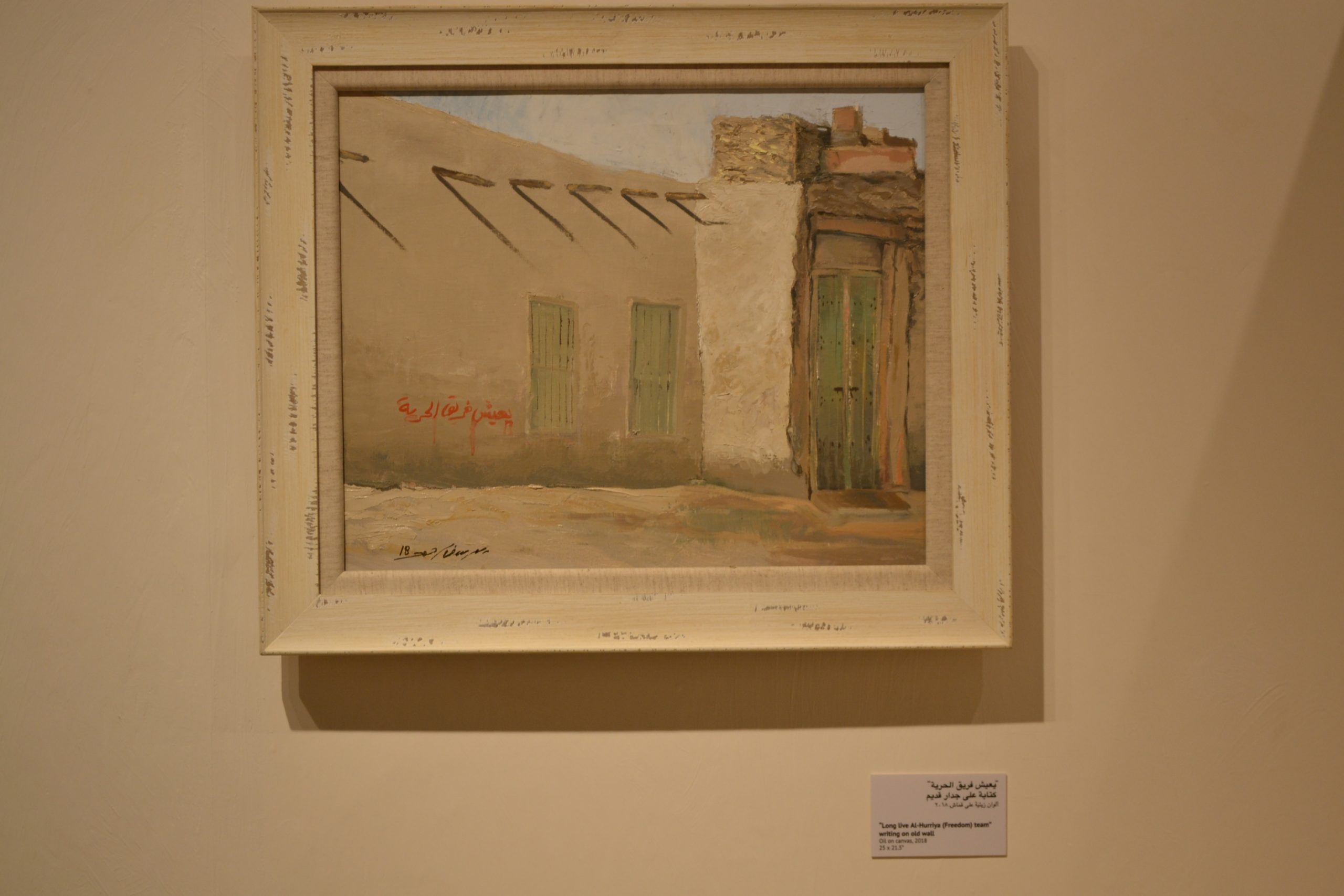 Walking through Msheireb is quite unlike being anywhere else in Doha. It isn’t like the West Bay, Katara or the Pearl, which sprang out of nothing. Here, at the site of one of the earliest settlements in Qatar, history thrives, thanks to the vision of the architects and planners who laboured over its revival. The past is especially clear to the likes of Yousef Ahmad, who grew up here before both he and Qatar moved on to bigger and better things. He doesn’t need imagination to pierce the veil of the past, just memory. 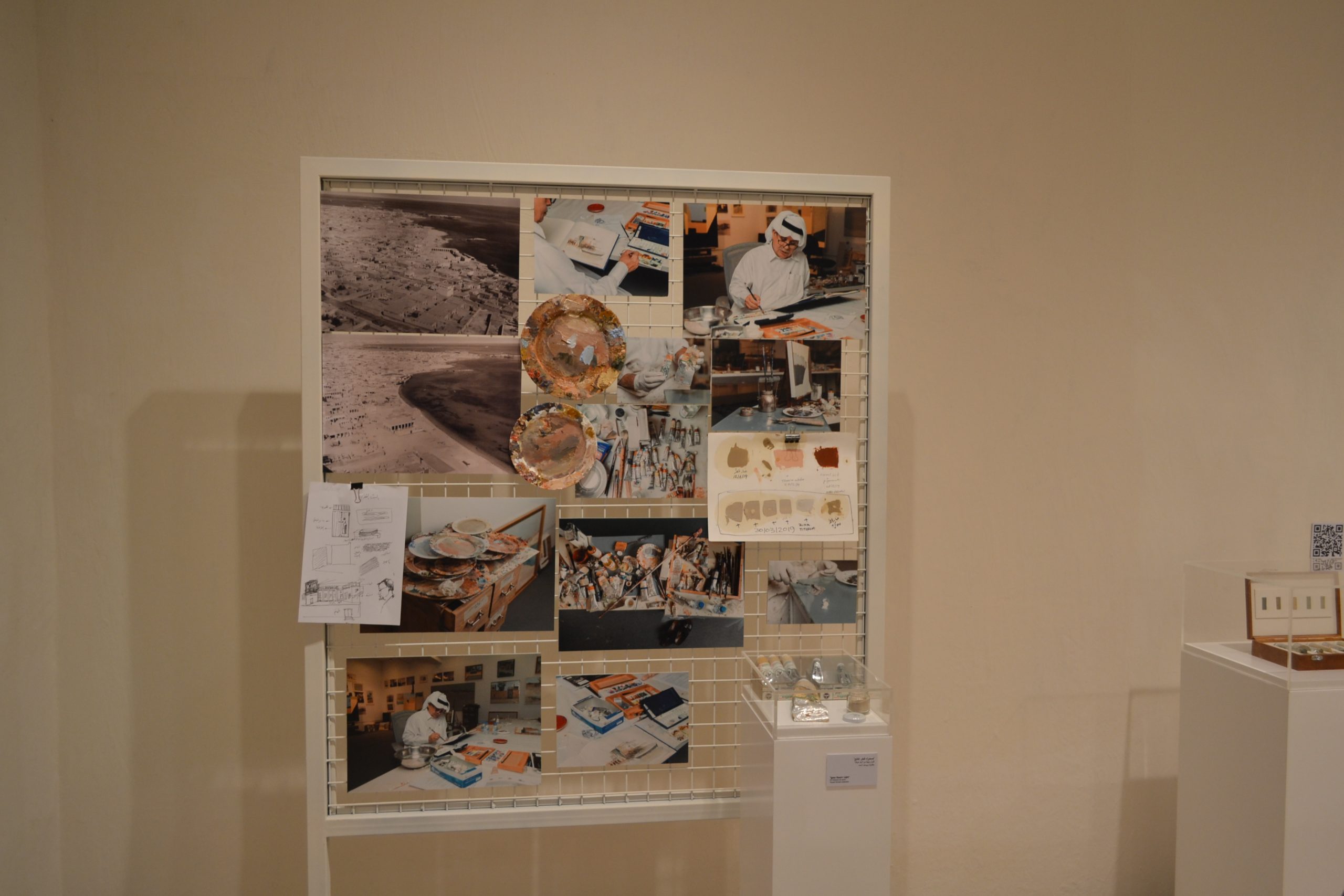 Yousef Ahmad who is known as the pioneer of the modern art movement in Qatar doesn’t need much imagination to pierce the veil of the past, just memory. 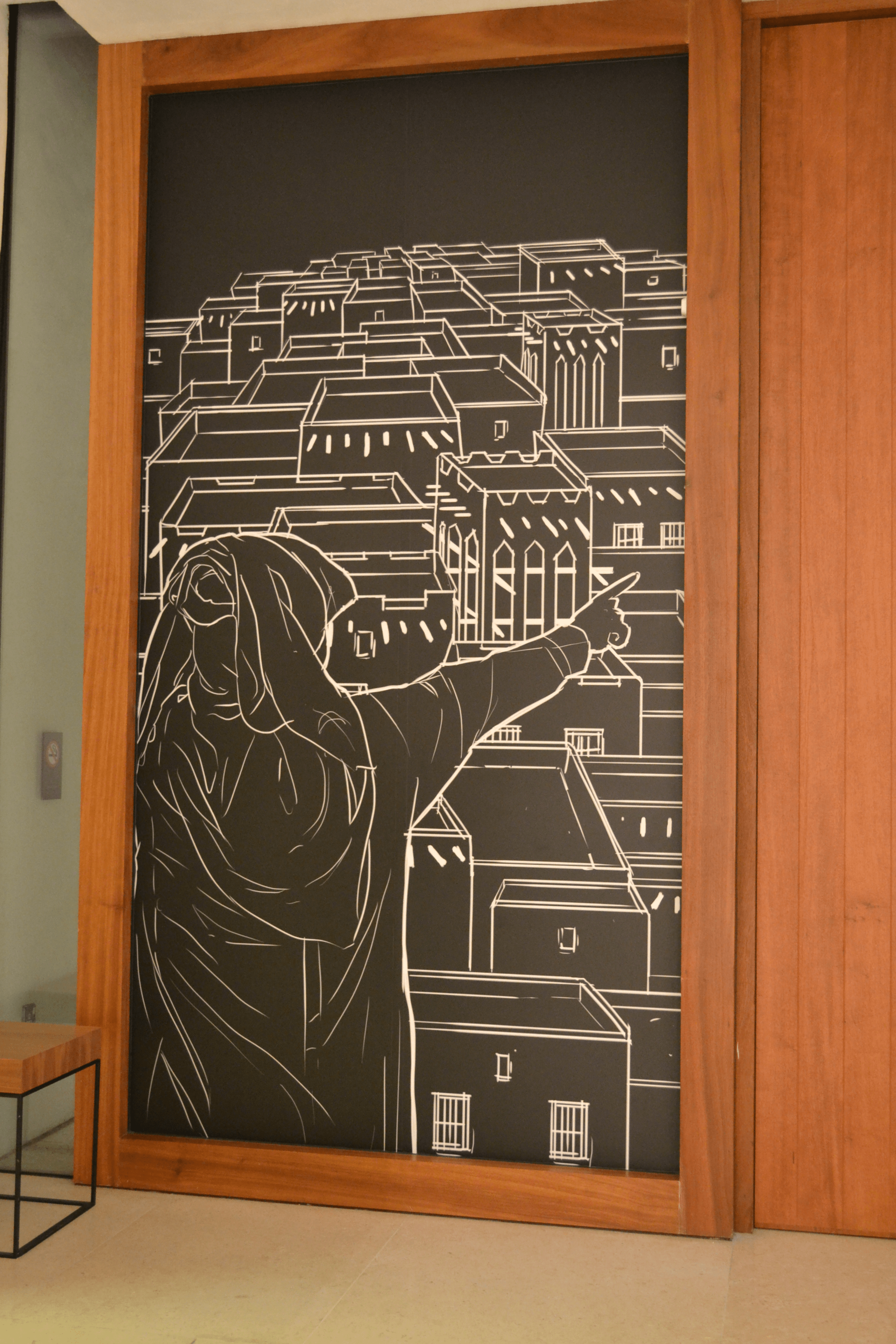 At his home at the heart of Al Jasra, surrounded by neighbours who were “very good people”, he would wait for his mother to finish cooking. And when the woodfire was cool, he would pick by charcoal and ash to make art on the walls. “I loved the black colour of the charcoal,” says the renowned artist who went on to exhibit around the world, and whose work has been acquired by the likes of Metropolitan and the British Museum. Yousef Ahmad’s work is said to exist on the intersections of art and history, in mediums of oil paintings to calligraphy on self-developed palm-tree paper. 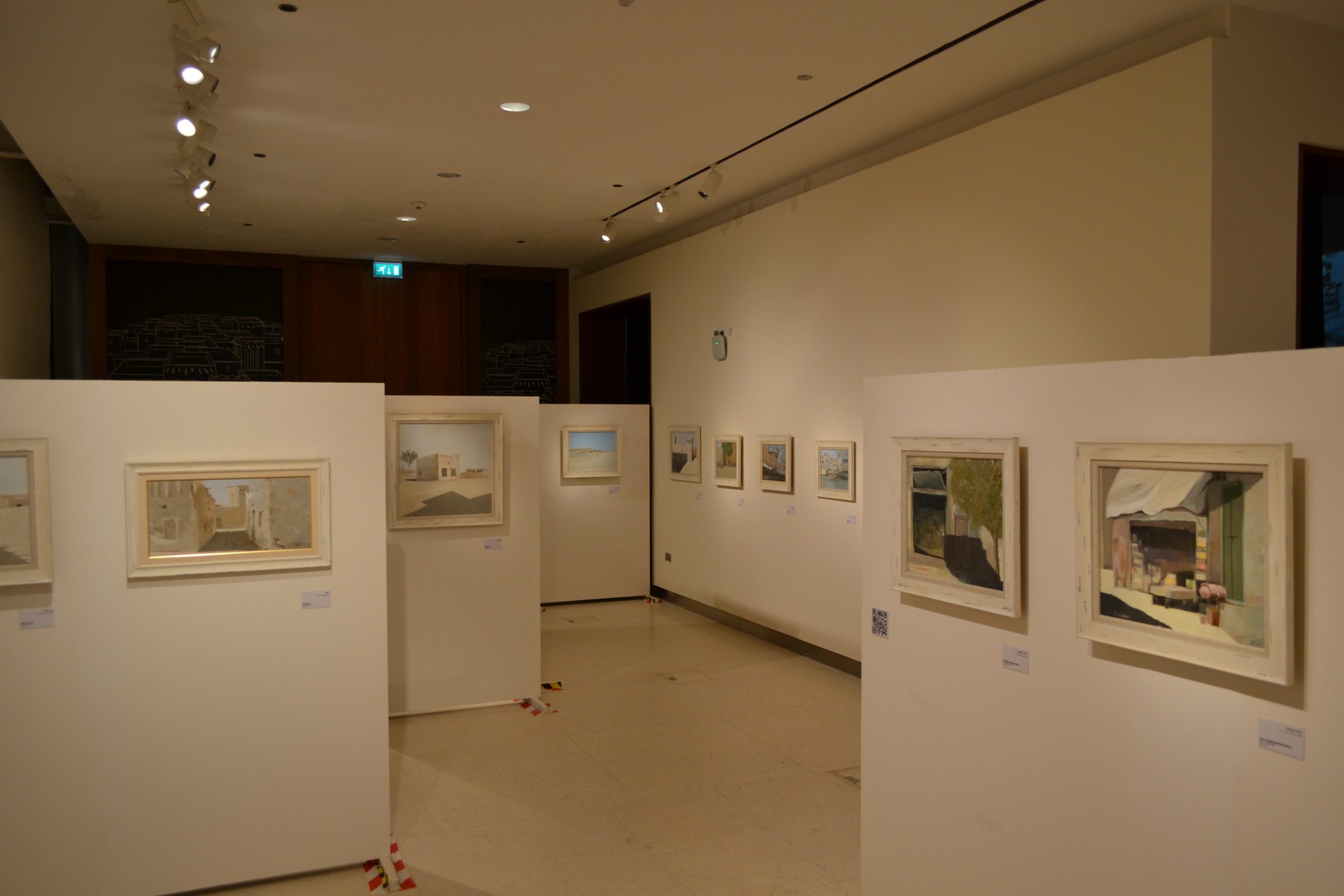 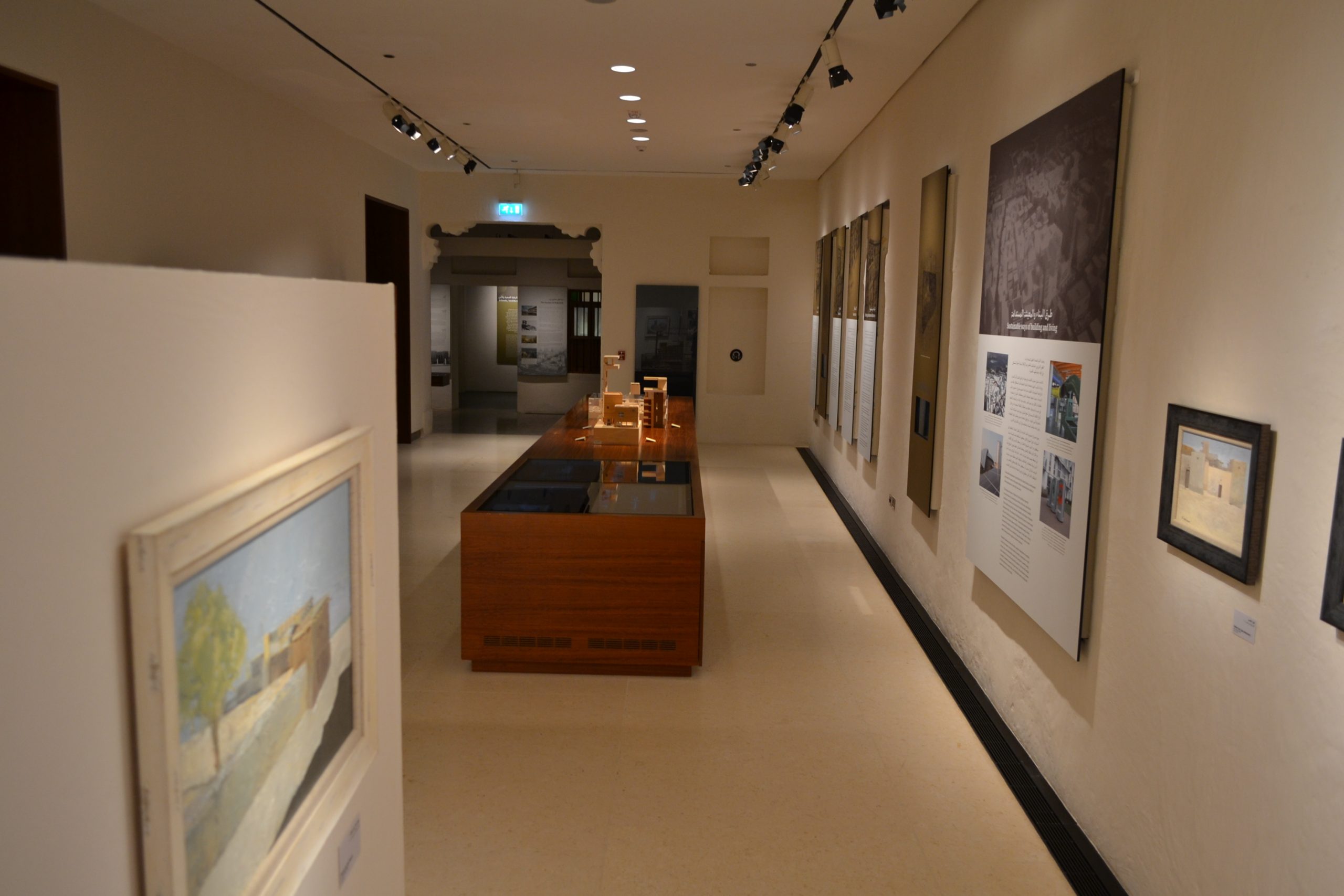 He remembers other things as well, popular TV shows of the day, Egyptian movies that influenced him and moved him to makes posters, his first art teacher at school, his first exhibition in 1962 held in the foyer of his house. His house. Their walls, beams and drains. The low walls and the rooftops. All the elements that influenced his work for his latest exhibition – When I Remember the Past, which is on display at the Msheireb Museums, Down Town Doha. Lying at the intersection of art, history and society, the series of paintings, of beige clay homes and landscapes ensconced in green, conjure up a nostalgia not just for the architecture of that era but also for the urban and societal purposes it served. 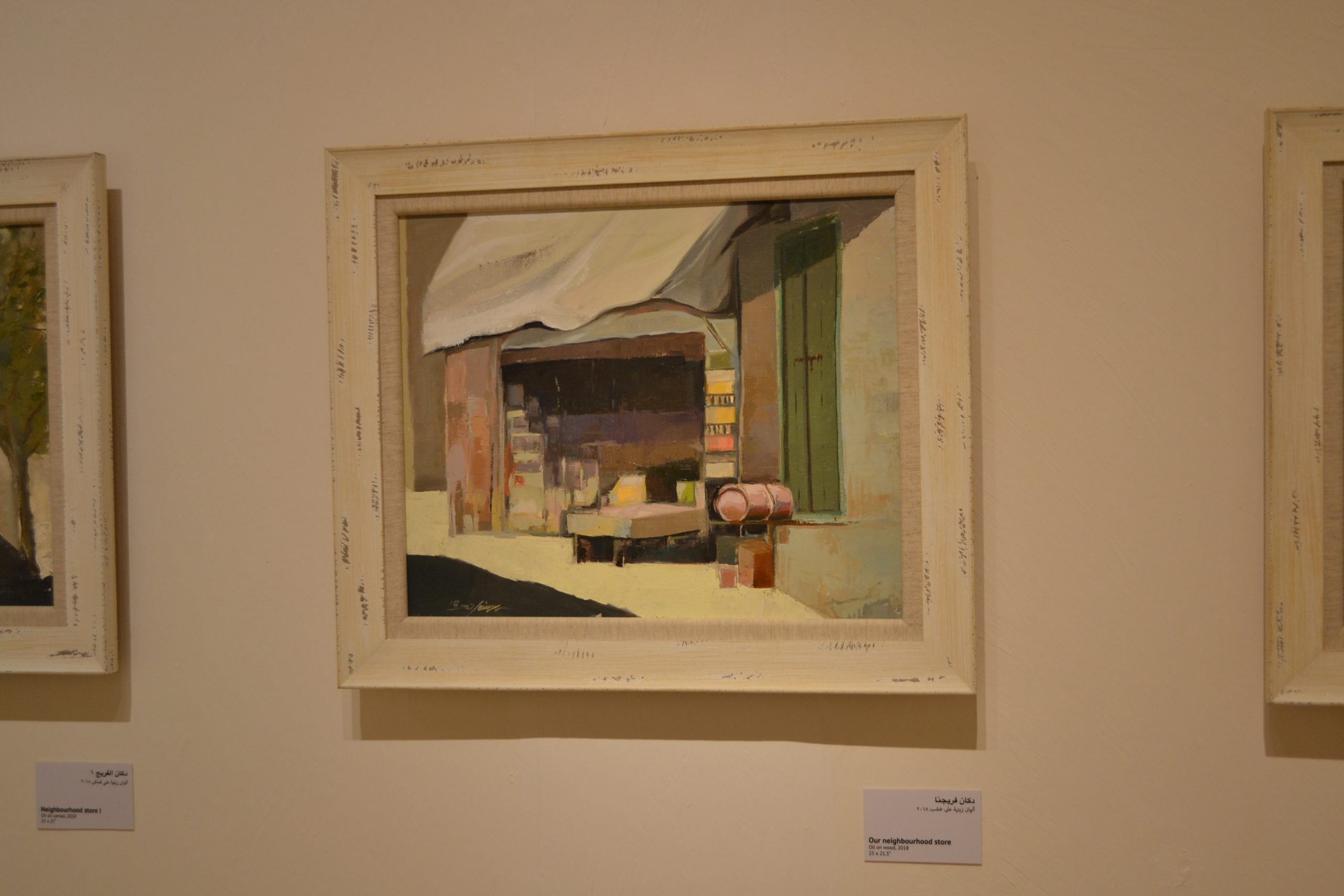 The striking feature of these impressionist-style paintings is the interplay of light and shadow. That’s another thing etched in his memory, the movement of the sun from dawn to dusk. When you were in a house in the desert and the sun was above, it shone differently when you woke up to, say, the noon, he reminisces. As the afternoon progressed the shadows would lengthen. The sun’s rays always cast different patterns on surfaces, making them “visually and artistically truly exciting”. And adding to the challenge of recreating the quintessentially Qatari landscape on canvas. 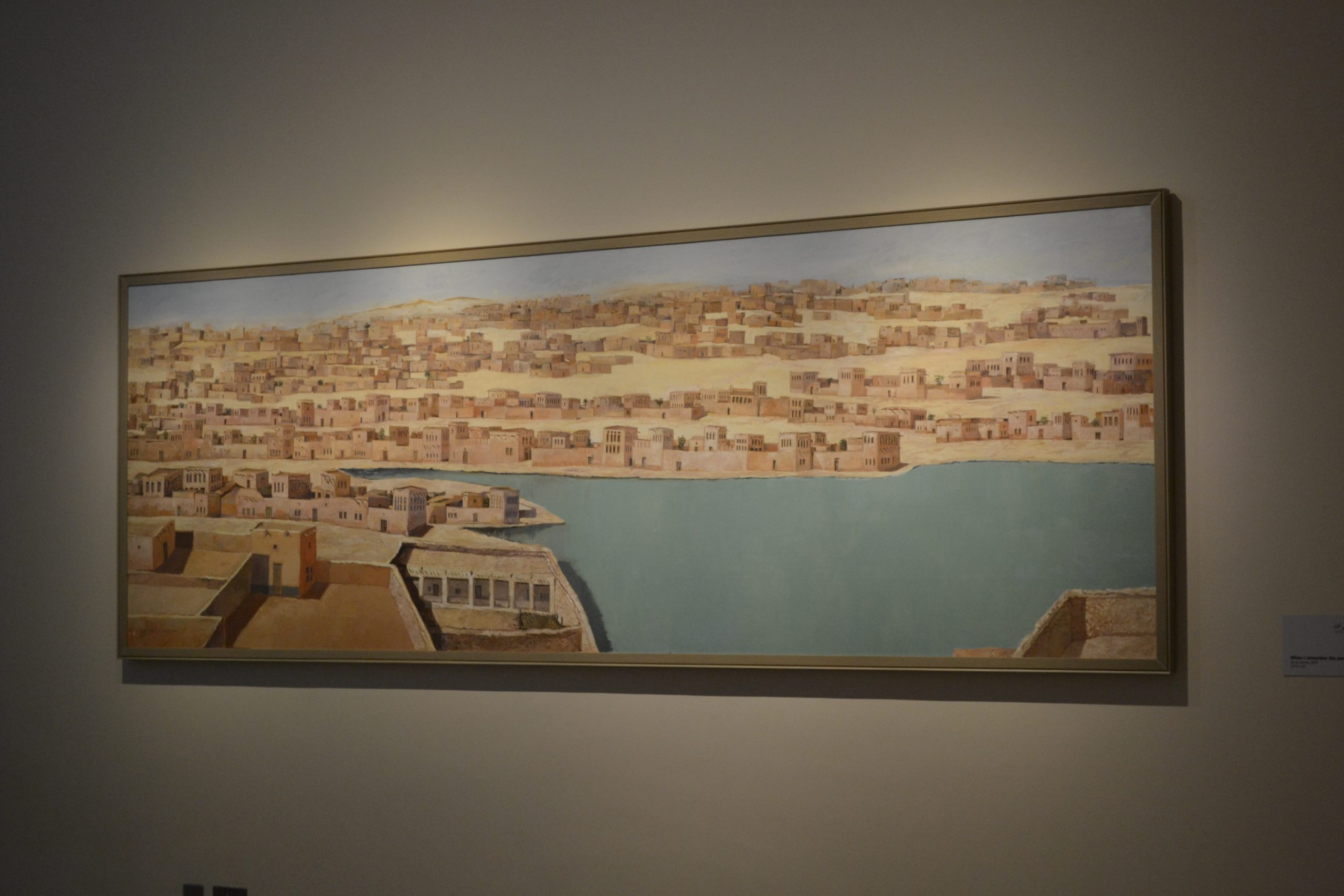 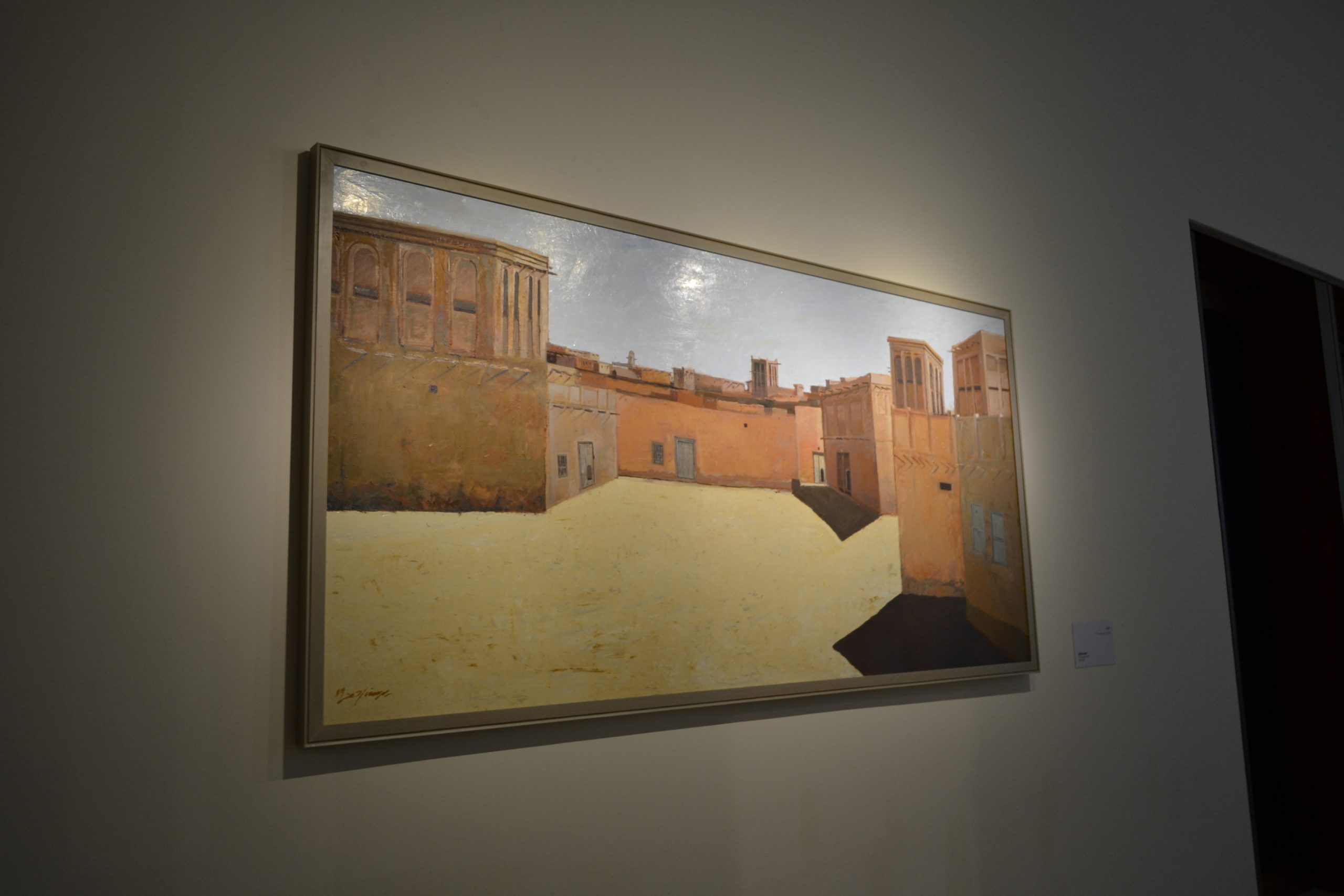 “If you were to ask me,” he says, “if the Qatari sunlight is unique, I would say, yes.” Filtered through the dust that lingers in the air all year round, it is hazy and lacking sharpness. Clear skies and calm seas upon a flat land. “All the elements embody simplicity. They are simply abstract.” It gives Qatar its own distinct scenery, which differs from all the places surrounding it. “All these details give an artist a rich visual insight, which I try to capture,” he says. 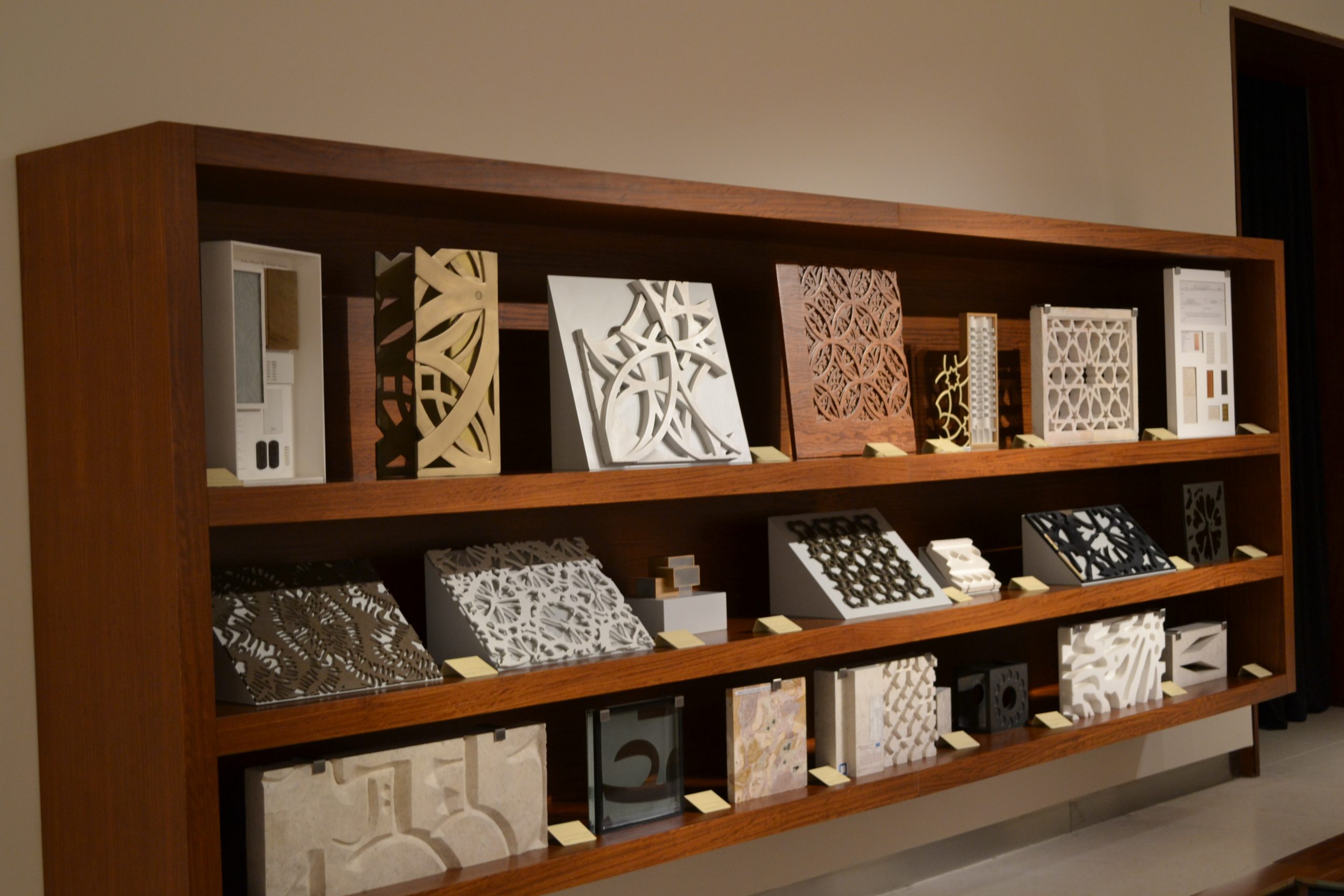 It’s a sentimental exercise, to recall his engraved memories through his art, as a poet would do with his poems and a musician with his compositions, he says. “Especially in this day and age when we have been distanced from the old ways and the way we used to live”. His paintings exude a visceral yearning for this and a zeal to tell future generations what existed before. Under a uniquely Qatari sun.