Collaborative Architecture won the International Call for installations from the Dubai Design Week 2019 with a modern, easy-to-construct Souk, or the Middle Eastern Bazar. 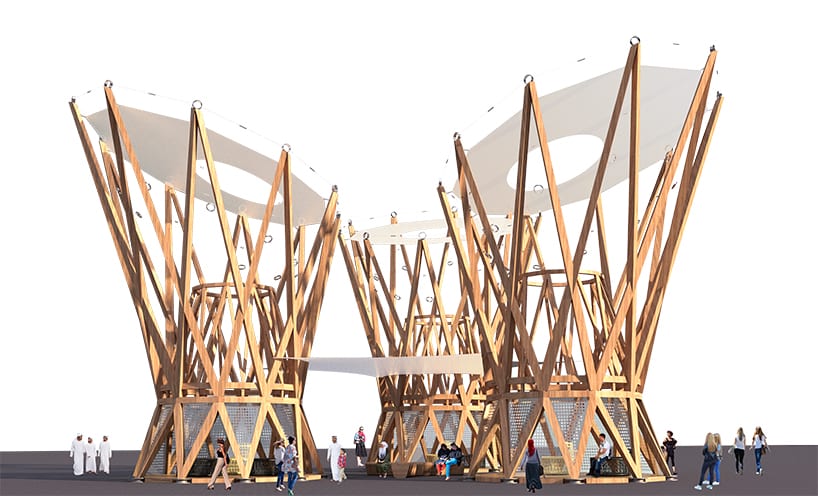 ‘The Souk’ as designed by Lalita Tharani and Mujib Ahmed, principal architects and founders of Collaborative Architecture, is a cluster of three identical pods, straddling between an installation as a construct, and a space. 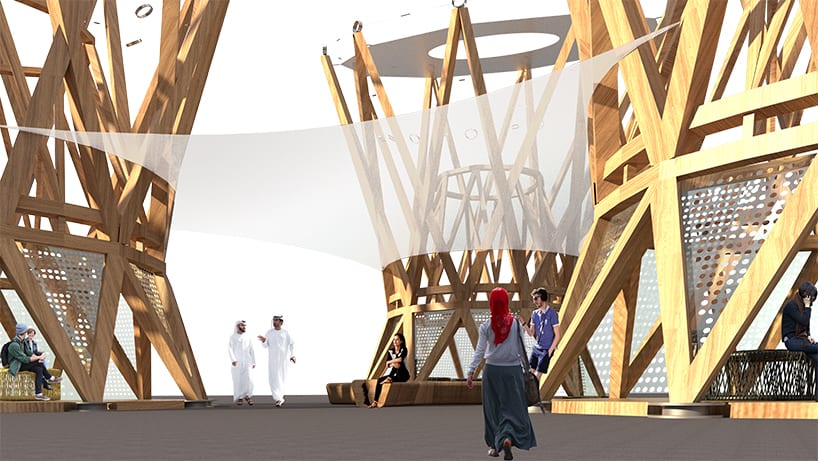 The Souk, which was the result of a call for installation by the Dubai Design Week 2019, creates a smaller version of the ubiquitous, Middle Eastern bazaar, according to the architects. An urban microcosm, where the network of people and commerce create a unique character. ‘The Souk’ takes its inspiration from this, and tries to re-interpret it in the temporary setting of the exhibition. 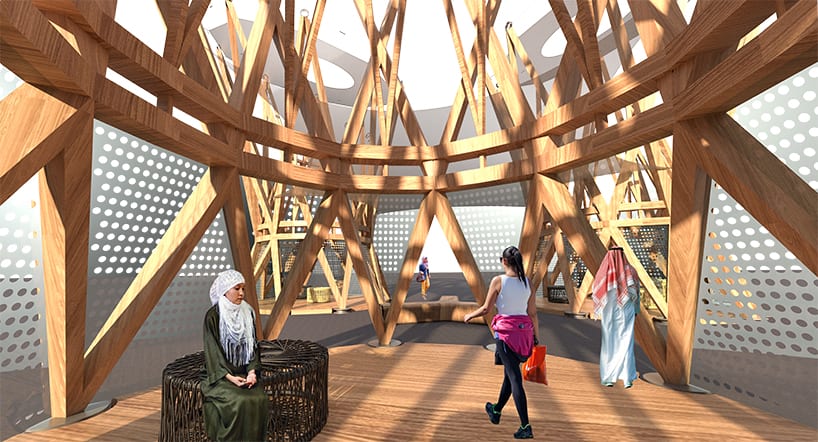 “The geometry of the pavilion is derived from the most common element, seen widely, in some of the most popular Islamic murals/patterns that adore some of the iconic architecture in the Islamic world, the decagon,” reveals Lalita. 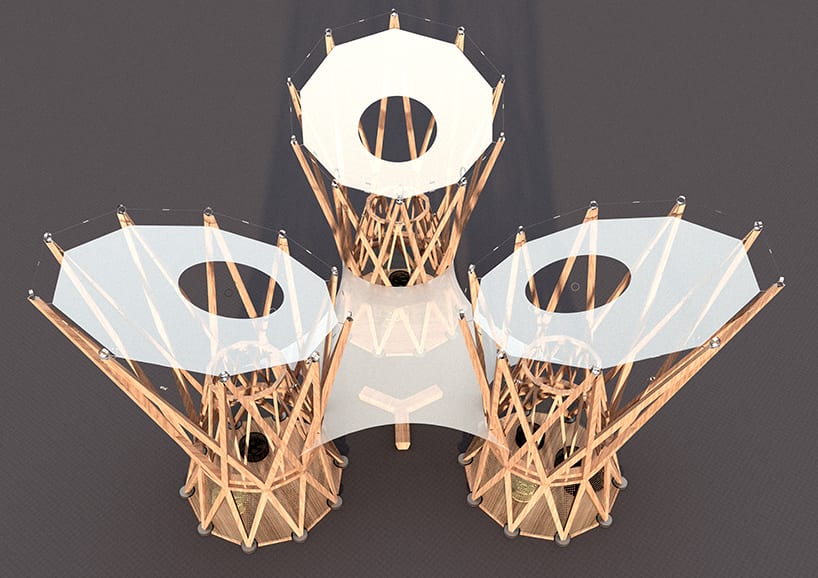 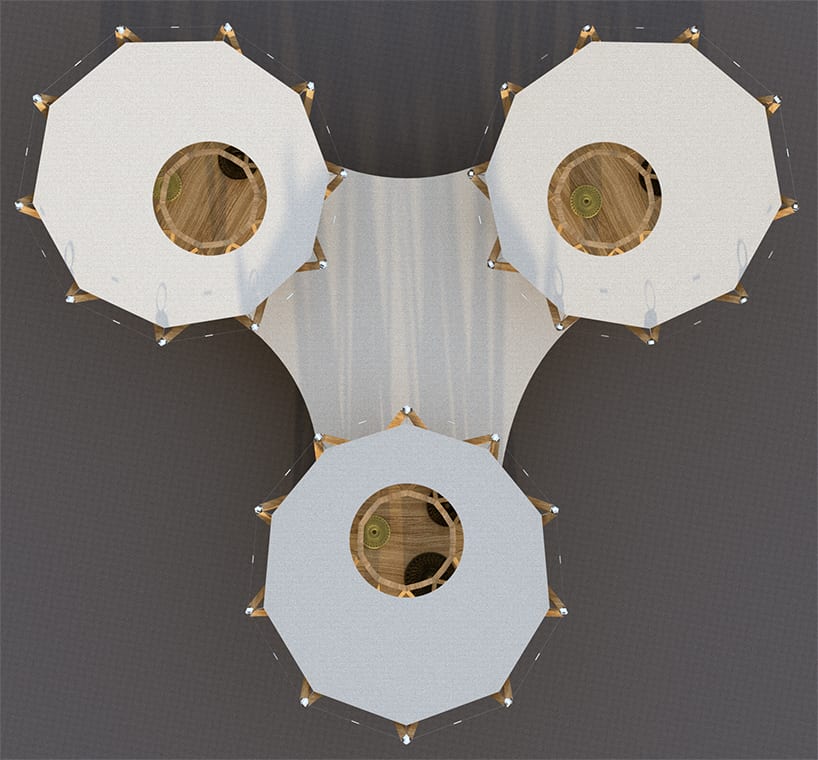 “The Souk transforms the ‘two-dimensional’ decagon into a seemingly complex, but, easy to build, three-dimensional construct. The decagons have been layered vertically to create a dynamic space, which showcases the structural, material and the poetic possibilities in timber and the sophisticated detailing of structural joinery in timber architecture. The pavilion is completely pre-fabricated and assembled at site over a period of two days,” explains Mujib. 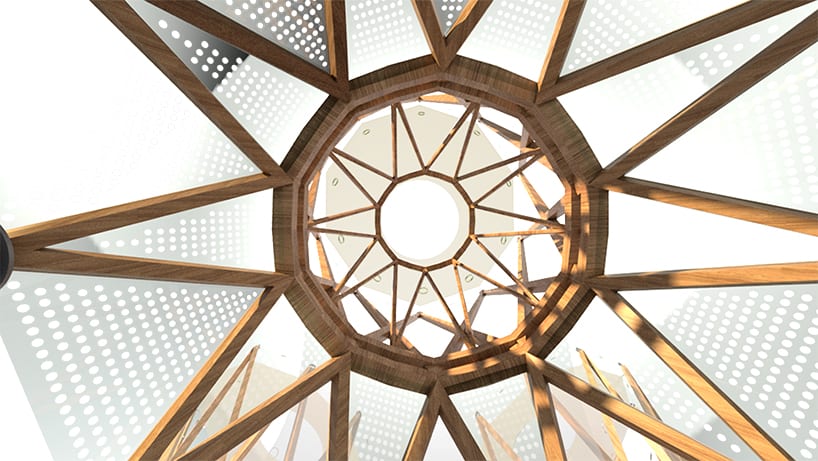 The three decagon spaces create a cluster, like a ‘mini-souk’, each space acting as space for networking/exhibits, creating spaces for intimate chats or group interaction, aiding in the casual commercial setting that they evoke and has historically been used for. 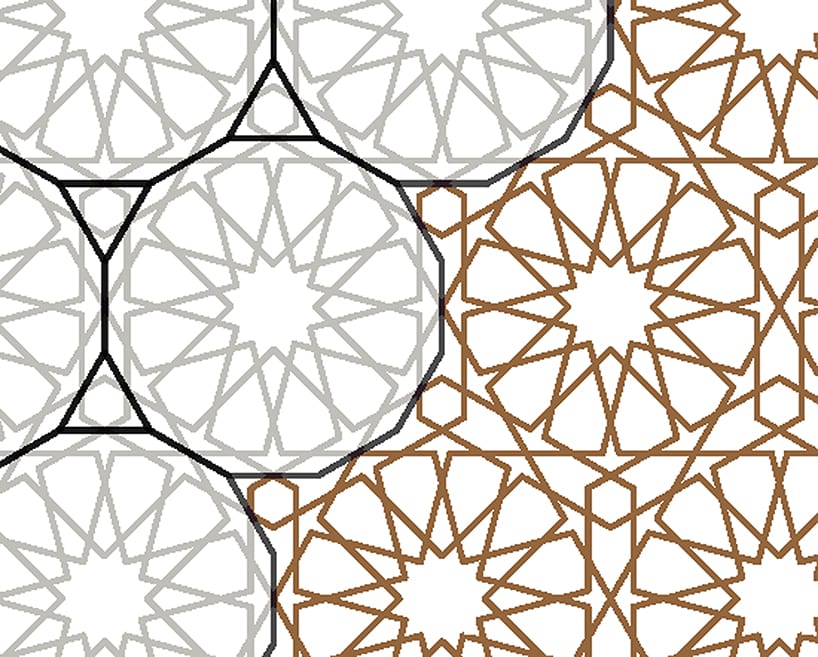 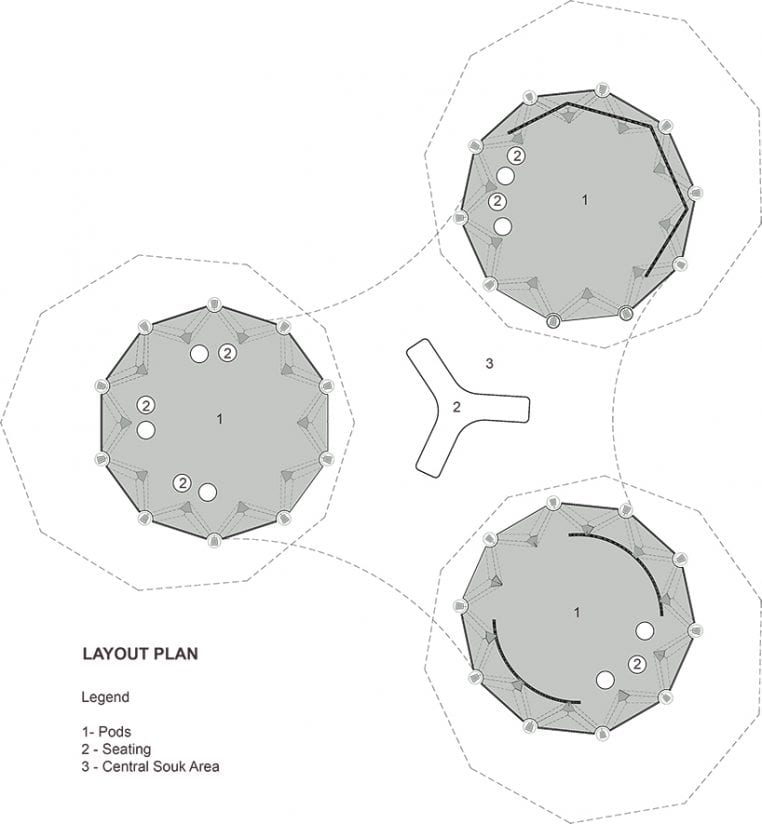 Though the installation was the winning submission at the Design Week in Dubai in 2019, it did not materialise and was not built on-site at the DDW due to lack of sufficient preparation and execution time given by the organisers.