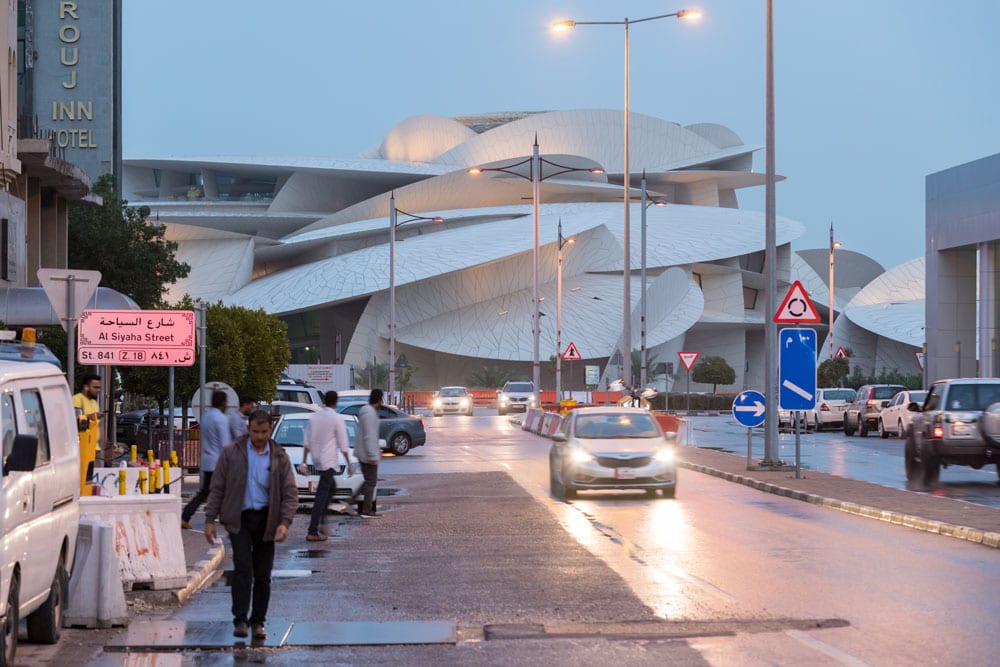 The National Museum of Qatar is Much Beyond the Desert Rose

The National Museum of Qatar threw its doors open for the media before the official opening by His Highness the Amir of Qatar who formally opened it to the public at 6 pm on March 27.

The media was guided on a tour through the museum facilities by Her Excellency Sheikha Al Mayassa bint Hamad bin Khalifa Al Thani, Chairperson of Qatar Museums and the architect Jean Nouvel who conceived this building which will be a standing tribute to the nation for a lifetime and more.

Welcoming the first visitors from the media to the Museum, HE Sheikha Mayassa said, “The National Museum of Qatar supports the country’s ambition to celebrate the local in the global, the global in the local, and all our shared humanity.” 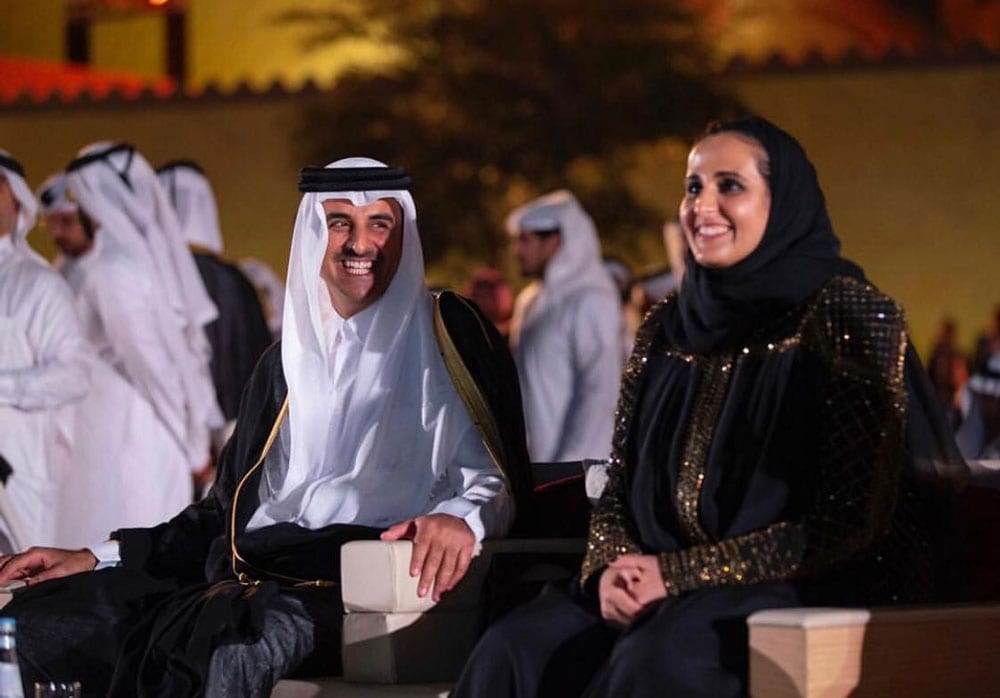 “Qatar is an ancient land, rich in the traditions of life in the desert and by the sea. It is also a country whose modern history has been defined by oil, with all the dramatic change that its discovery brought,” said HE Sheikha Al Mayassa, “Today, as we enter a new era, Qatar’s trajectory onto the contemporary world stage has been just as rapid.”

“But a future must grow out of an understood and integrated past. So, as we move forward, we are focusing strongly on culture, in diverse forms. We are delving into our Arab heritage while also exploring the arts as they are evolving today, both within Qatar and far beyond,” she said. 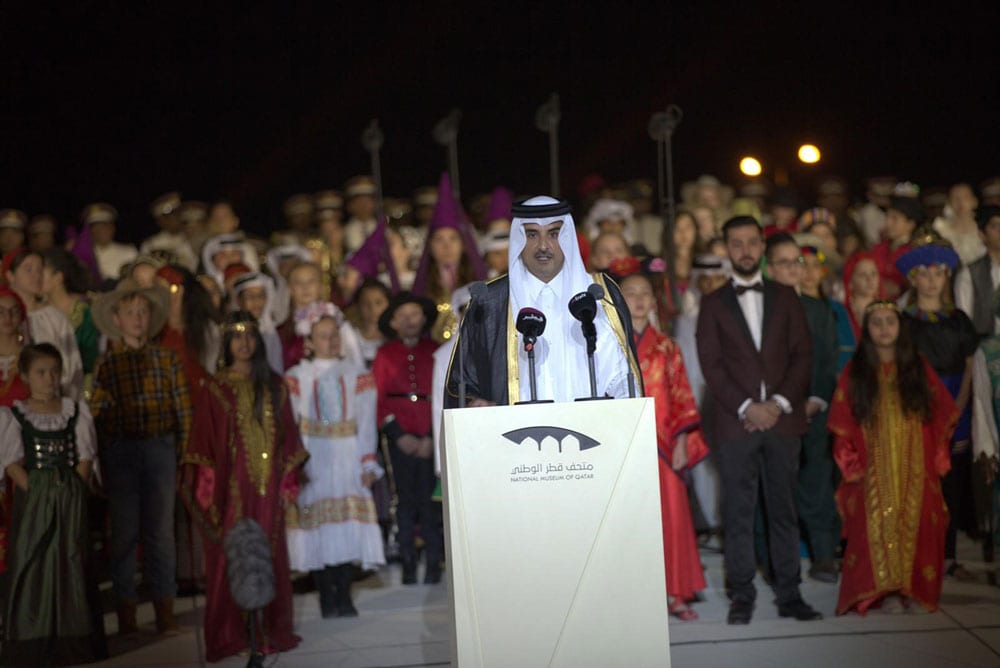 While the building is about the structure, it becomes clear as one walks through the exhibits that the National Museum is not only about the beautiful desert rose conceptualised by Jean Novel, it is an experience that makes you love the country that has created it. The National Museum of Qatar is a true experience of the people and culture of Qatar, a jubilant expression that has to be comprehended to be appreciated. 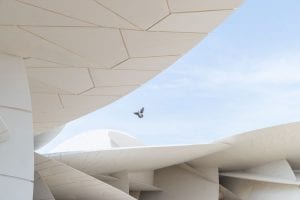 According to Sheikha Amna bint Abdulaziz bin Jassim Al Thani, Director of the National Museum of Qatar, “A visit to the National Museum of Qatar is an all-encompassing journey, carrying you from millions of years ago to the edge of tomorrow. The journey sweeps you across the inland desert and plunges you into the depths of the sea. It embeds you among nomadic poets and artisans, and ushers you into today’s gleaming towers and bustling refineries. Music, storytelling, commissioned artworks, ancient artefacts, rare and precious objects, and dazzling, monumental films are all part of the experience, which combines wide-ranging scholarship with the authentic faces and voices of the people of Qatar—the true source and inspiration for this museum.” 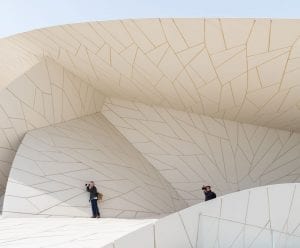 The same spirit of the Museum was echoed by the architect, who said, “The National Museum of Qatar emerges from a desert that has ventured all the way to the sea. On the site, the Royal Palace of Sheikh Abdullah bin Jassim Al Thani rises up, a twentieth-century landmark of major heritage value to Qatar.”

Jean Nouvel said, “The National Museum is dedicated to the history of Qatar. Symbolically, its architecture evokes the desert, its silent and eternal dimension, but also the spirit of modernity and daring that have come along and shaken up what seemed unshakeable. So it’s the contradictions in that history that I’ve sought to evoke here. “ 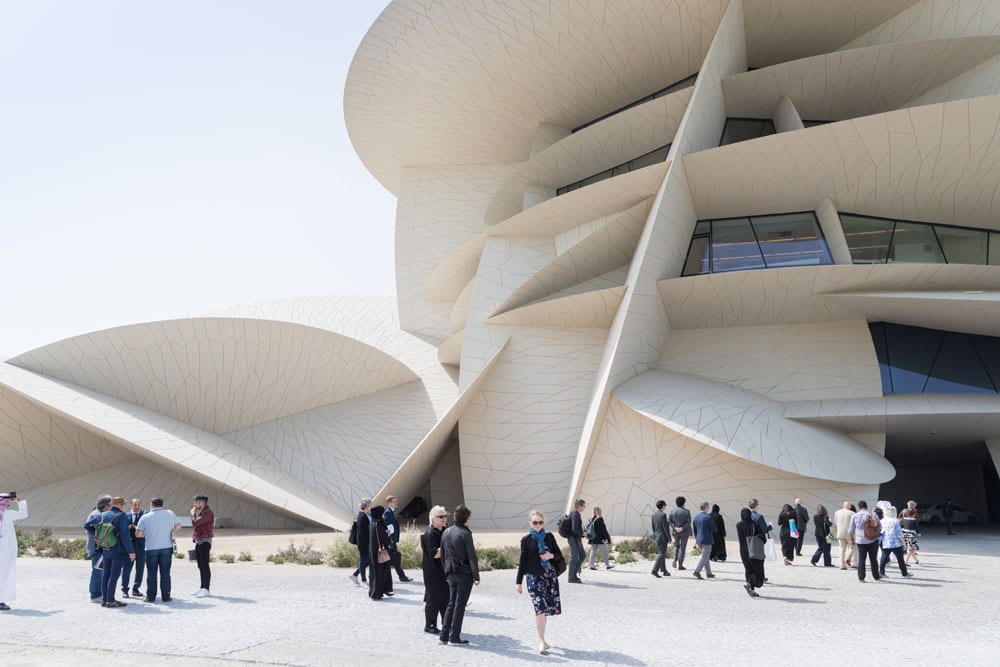 Visitors outside the National Museum Of Qatar 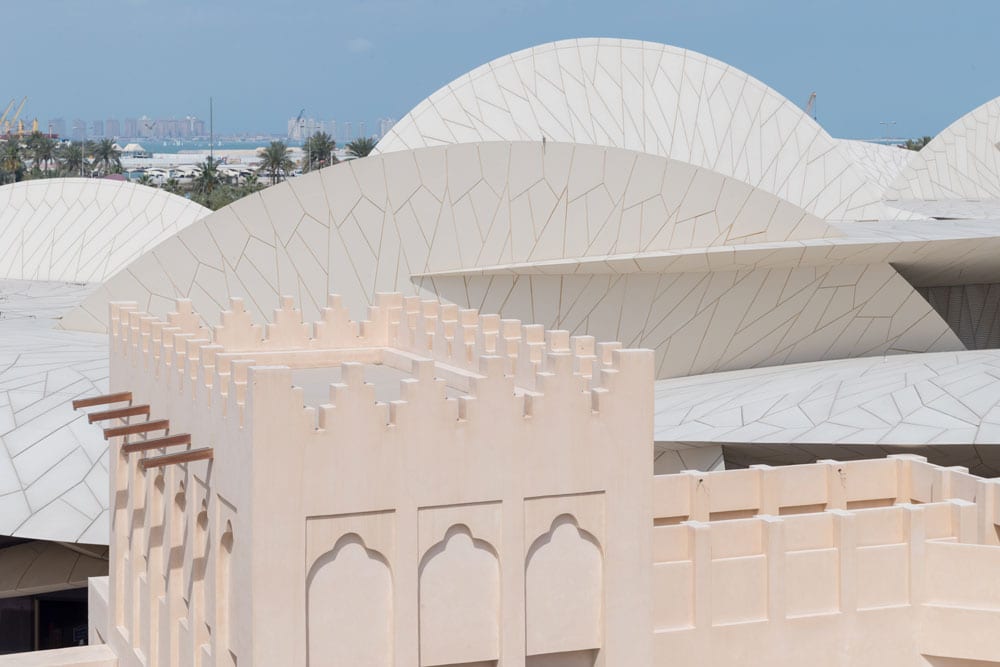 NMOQ sits among historical architecture of the region, such as the Palace of Sheikh Abdullah bin Jassim Al Thani 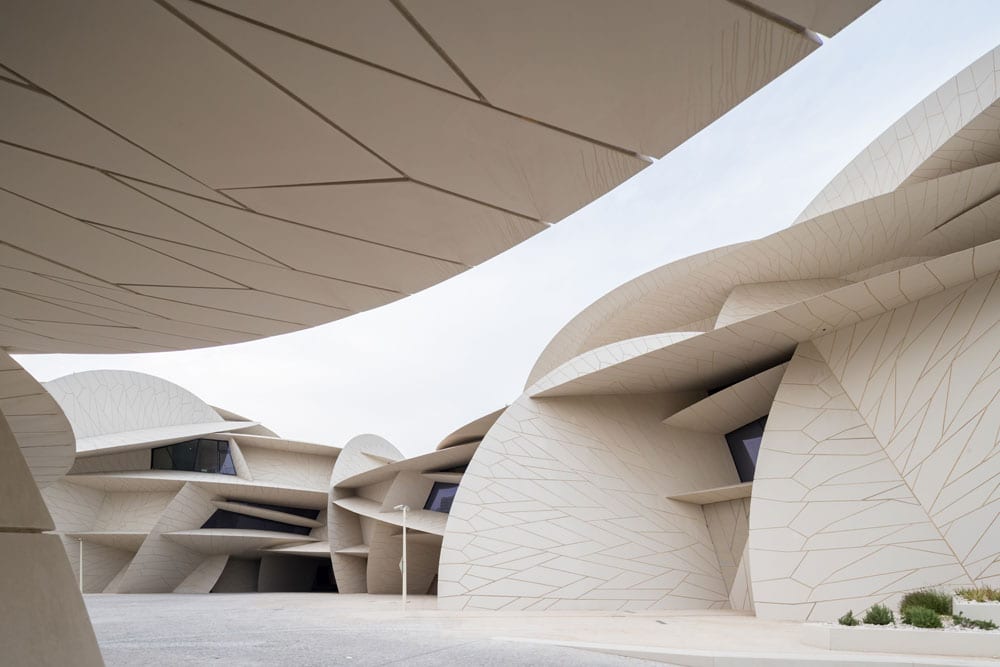 The shape of the NMOQ is inspired of the ‘desert rose’