The Soundproof House in Poland

The Cinchy House is a detached house designed by Toprojekt Architects as a solution to site specific conditions.

The architects at Toprojekt say they have more questions than answers and they are willing to listen. And that becomes the first step to the success of their works. The Cinchy House was a project completed in 2017 that fetched them the Architecture of the year SARP, single-family house, distinction prize. The Cinchy House is a perfect solution in response to the site conditions. 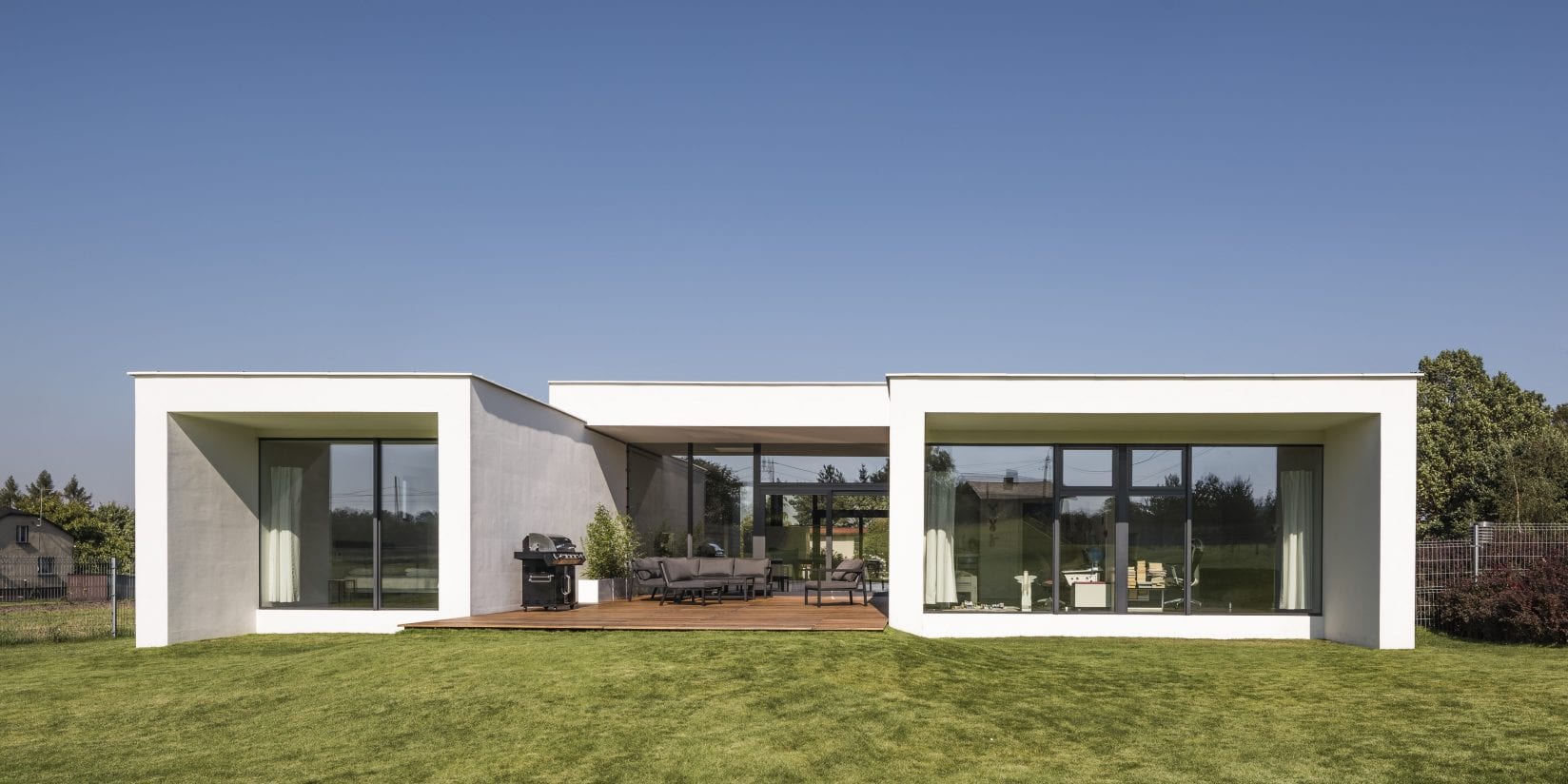 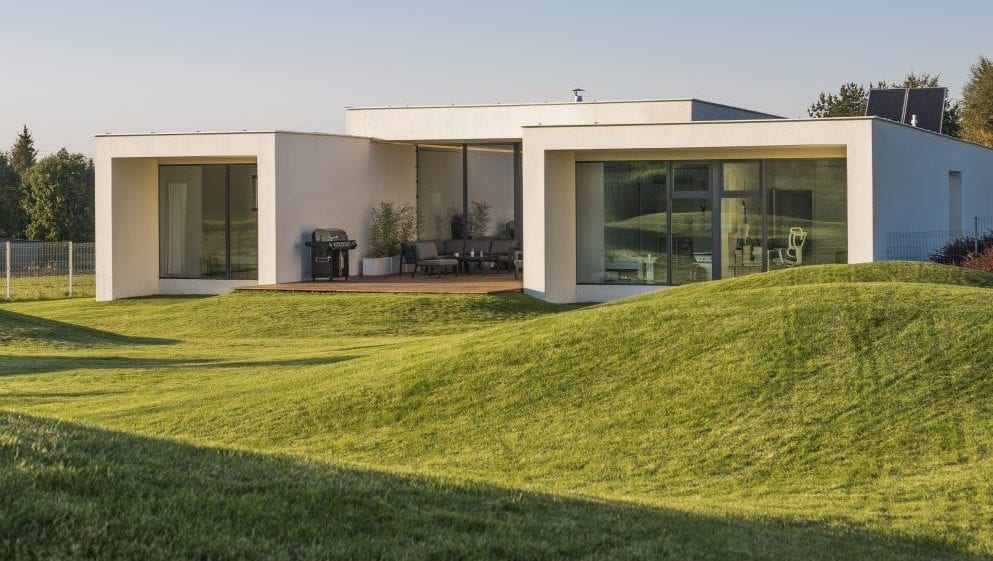 The fairly long plot lies in the North-South direction parallel to the motorway A1 at a distance of about 100 metre which made the site vulnerable to noise from the highway.

The form of a detached house was created as a response to the unique site conditions.

The existing sound screen did not fully act as noise barriers. The oblong orientation of the house placed in North-South direction was an outcome of these site conditions, the architects stated. The longitudinal axes of the house form structural walls simultaneously acting as an insulation to the noise outside. The house itself becomes an acoustic barrier because of its parallel orientation to the highway. The arrangement of the walls creates ‘tunnels’ that divide the interior into zones specific to their users: rooms intended for parents in the western tunnel, children’s rooms and the kitchen in the eastern tunnel. Between these two ‘tunnels’ is a shared living room. These ‘tunnels’ open to the views of gardens and terraces.

The glazing is offset from the walls and the roof which gives two major advantages. It limits the noise from the motorway and protects the interior spaces from the summer sun and winter sun.

Originally the walls were designed to be in concrete but due to the lack of availability of suitable contractor the walls had to plastered and painted white, the architects explained. 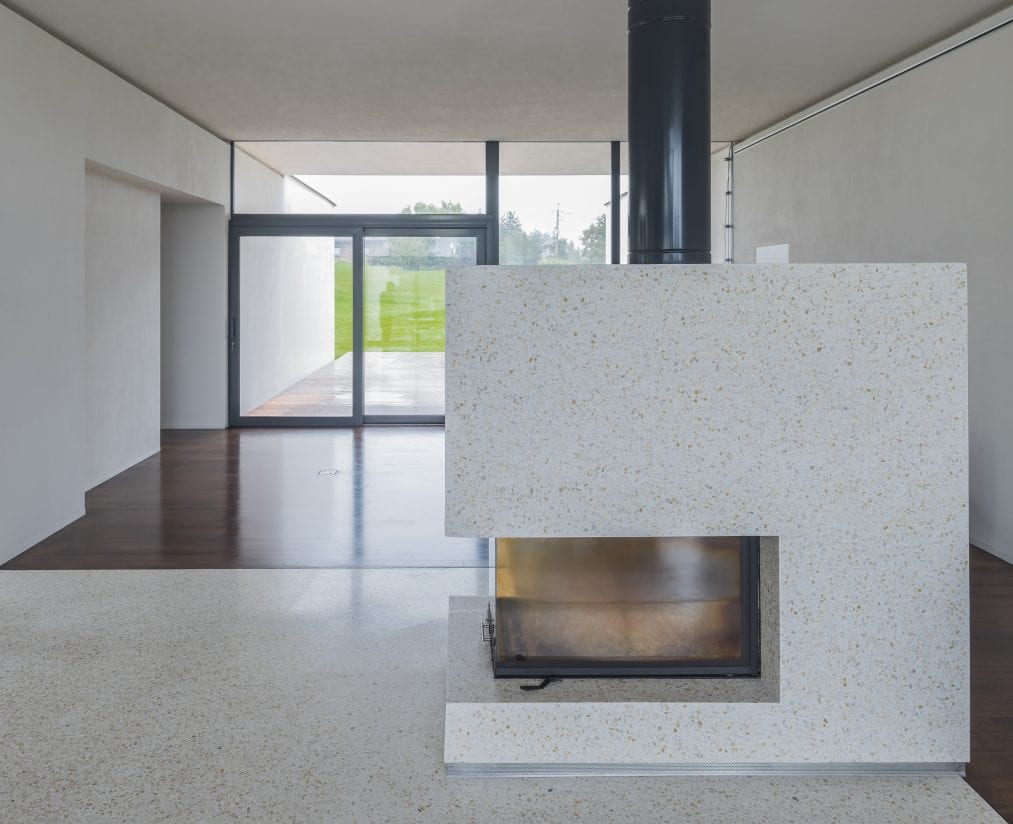 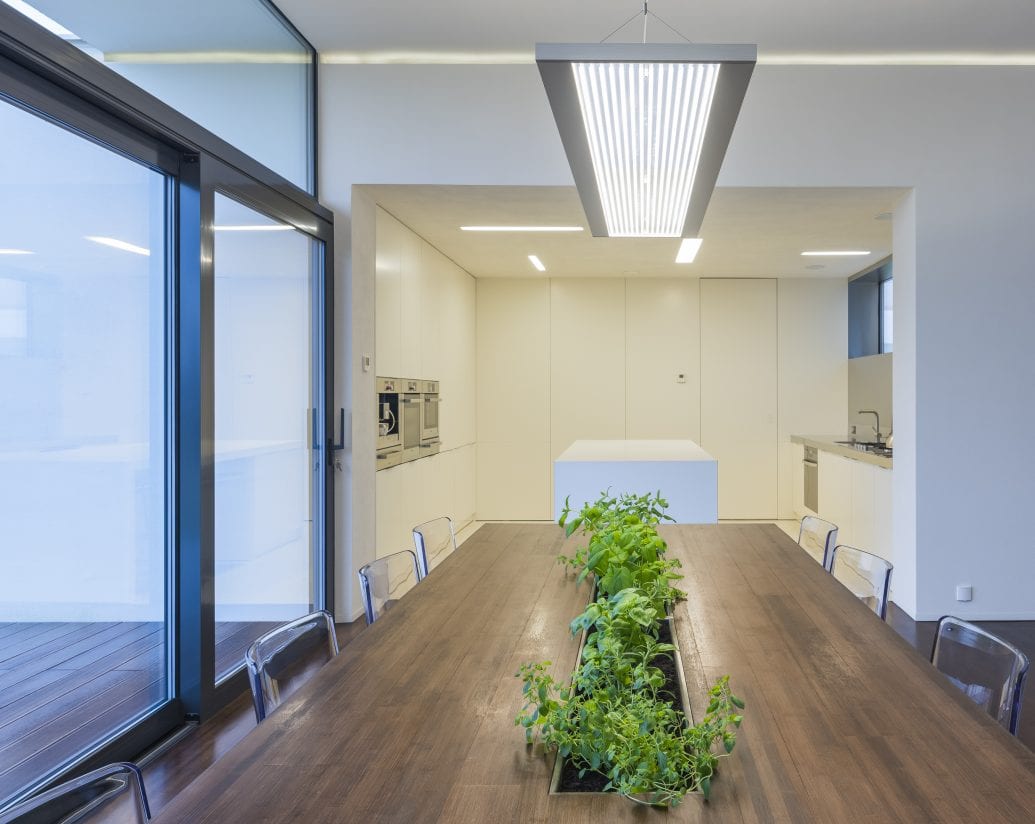 The entrance court is guarded with heavy wooden gates. One of the unique aspects of the project is the lawn which is not flat but sculpted in the form of ripples almost representing a lake or a sea. This allows for a play of light and shadow during the daytime making the lawn appear as waves in motion.

The architect explains how the house was but a typical renovation project which due to the client’s interest was turned into something special. 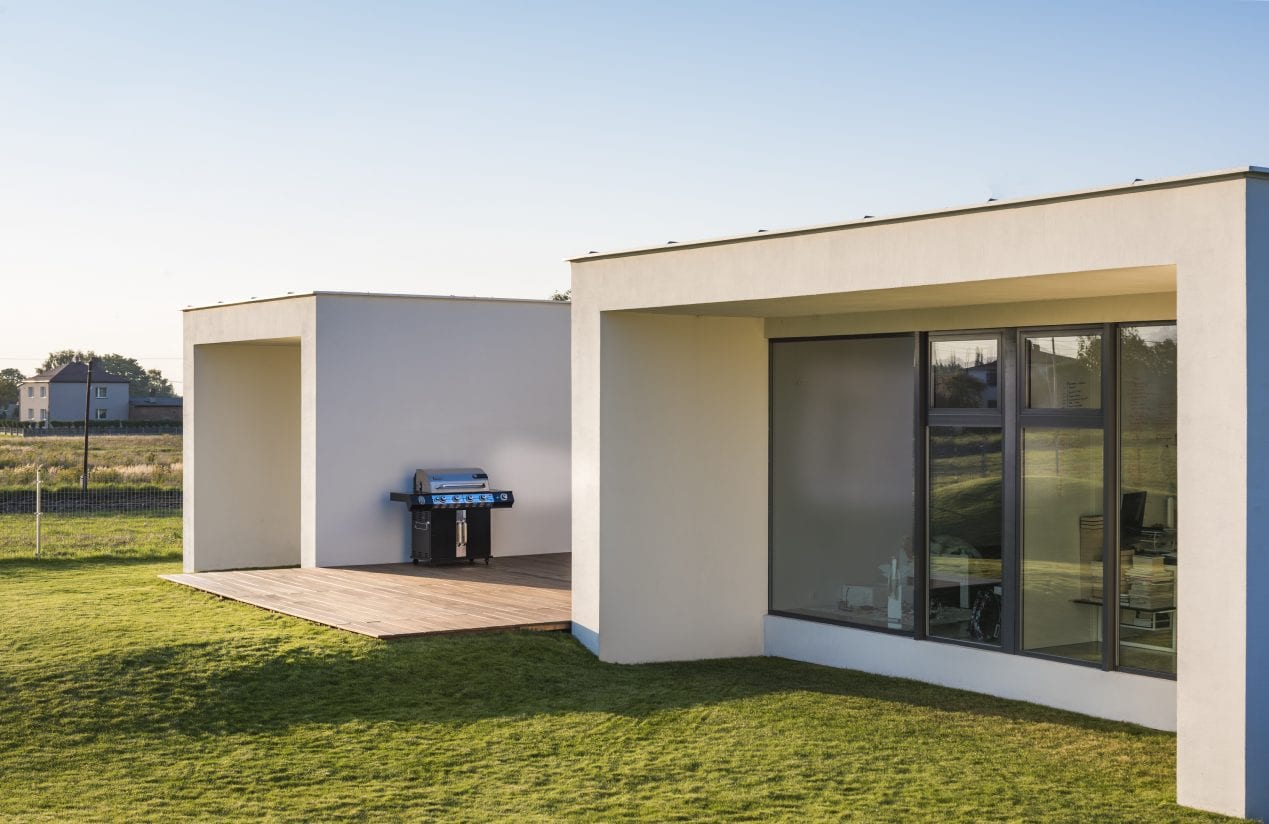 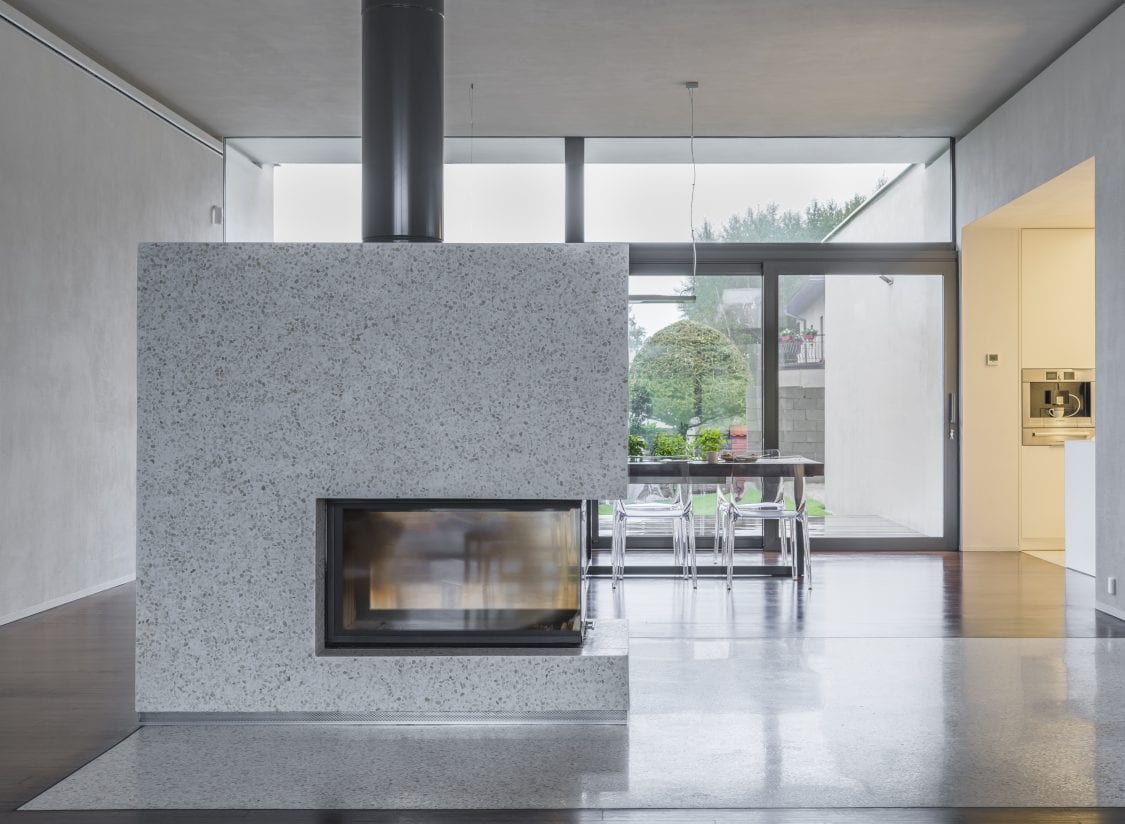 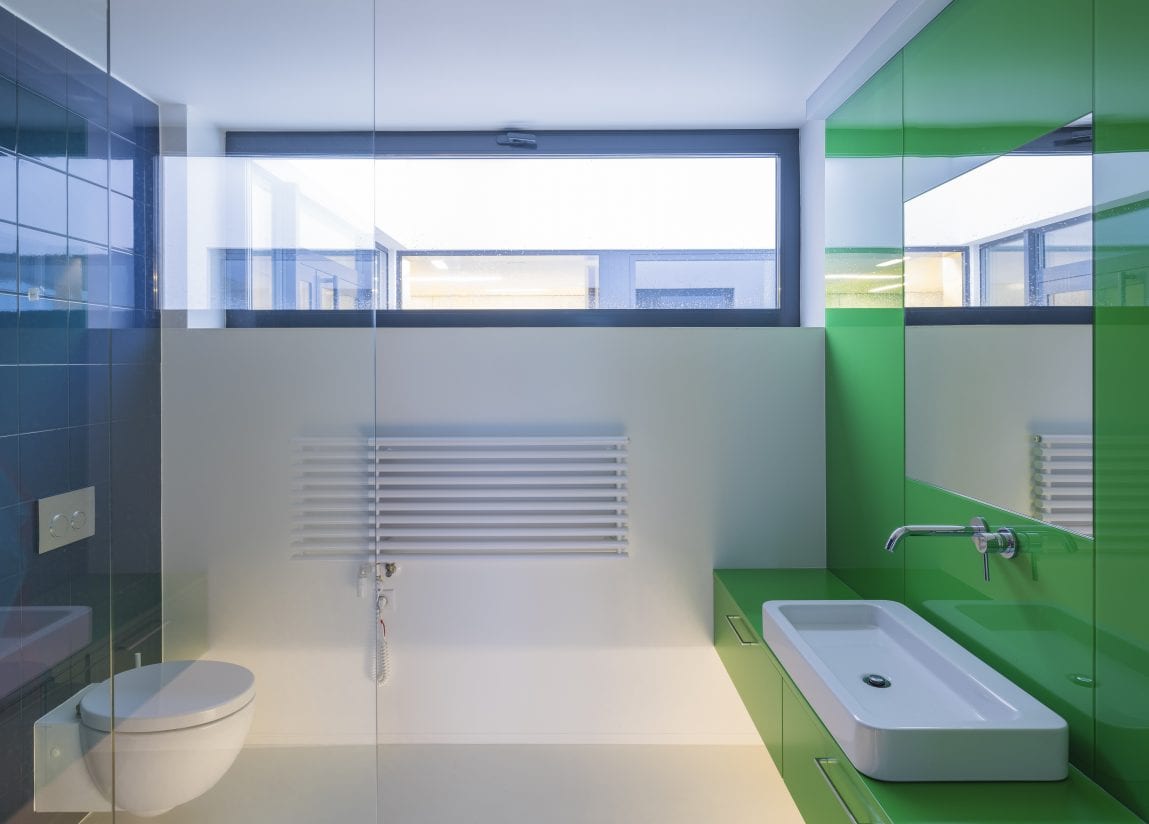 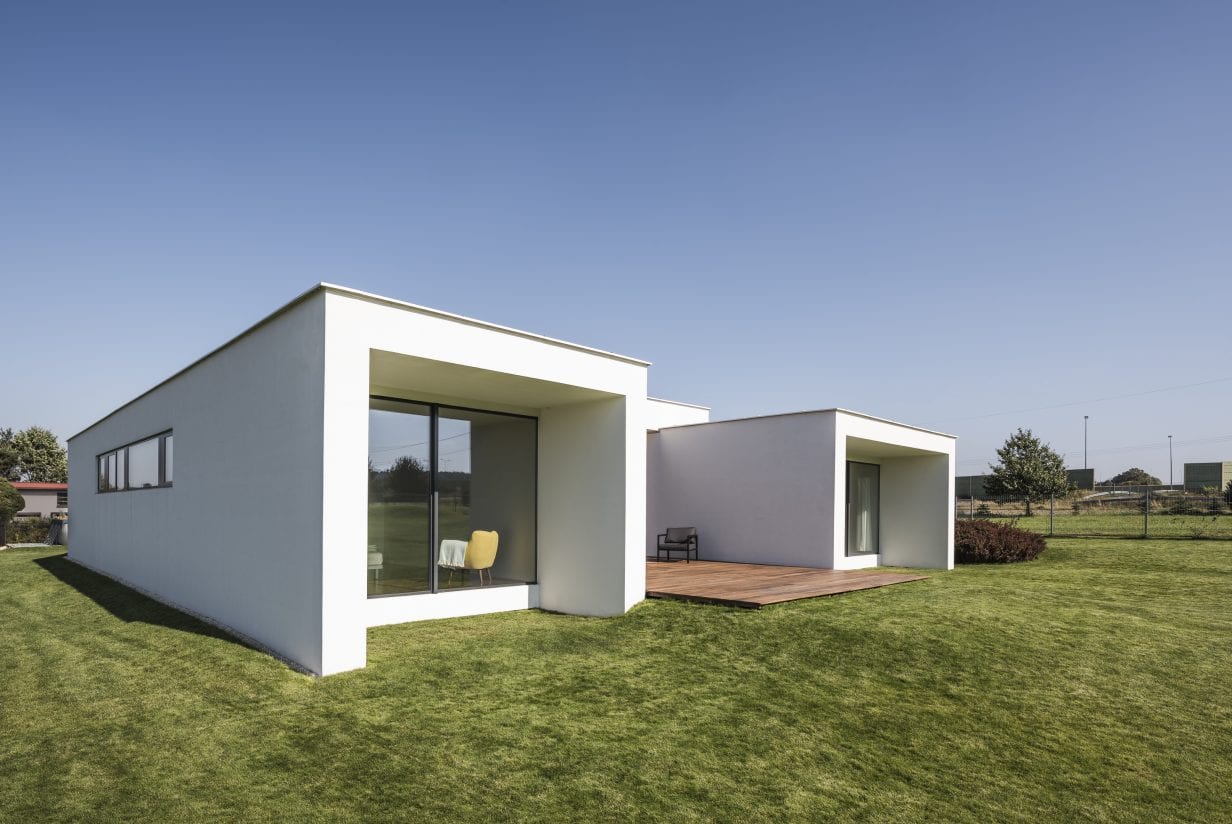 “We design a house for a particular person taking into account his habits, aesthetic, preferences, lifestyle, family, budget, interest and even his fears, basically a holistic personality. Same goes for a project or a place, it has their own specific characteristics. This project was a typical renovation project and the scope of work consisted of an extension to the living room and landscape around the house,” says Marek Wawrzyniak, Principal Architect at Toprojekt. “But we realized that they wanted something more and that’s when this solution was arrived at that flipped it from being a typical renovation to something quite revolutionary yet simple.” 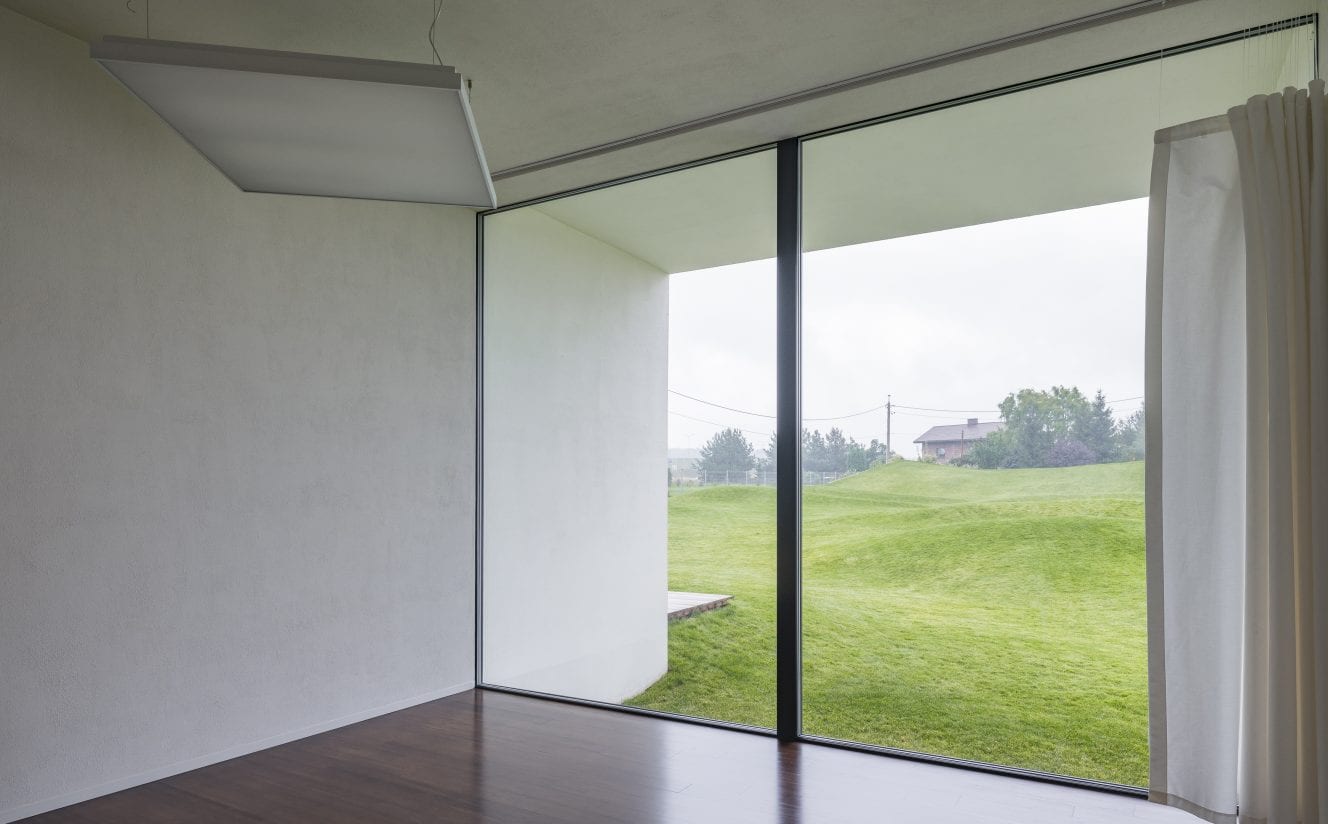 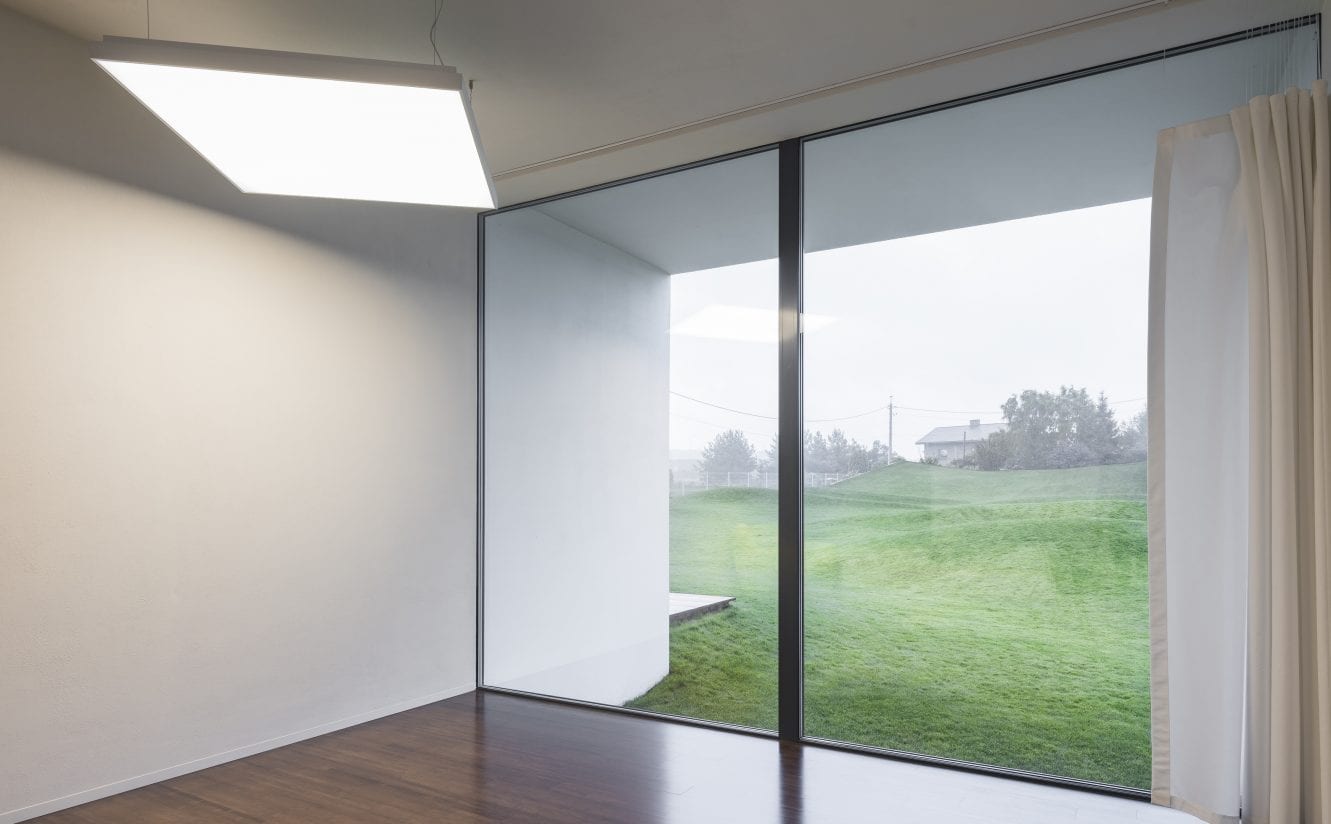 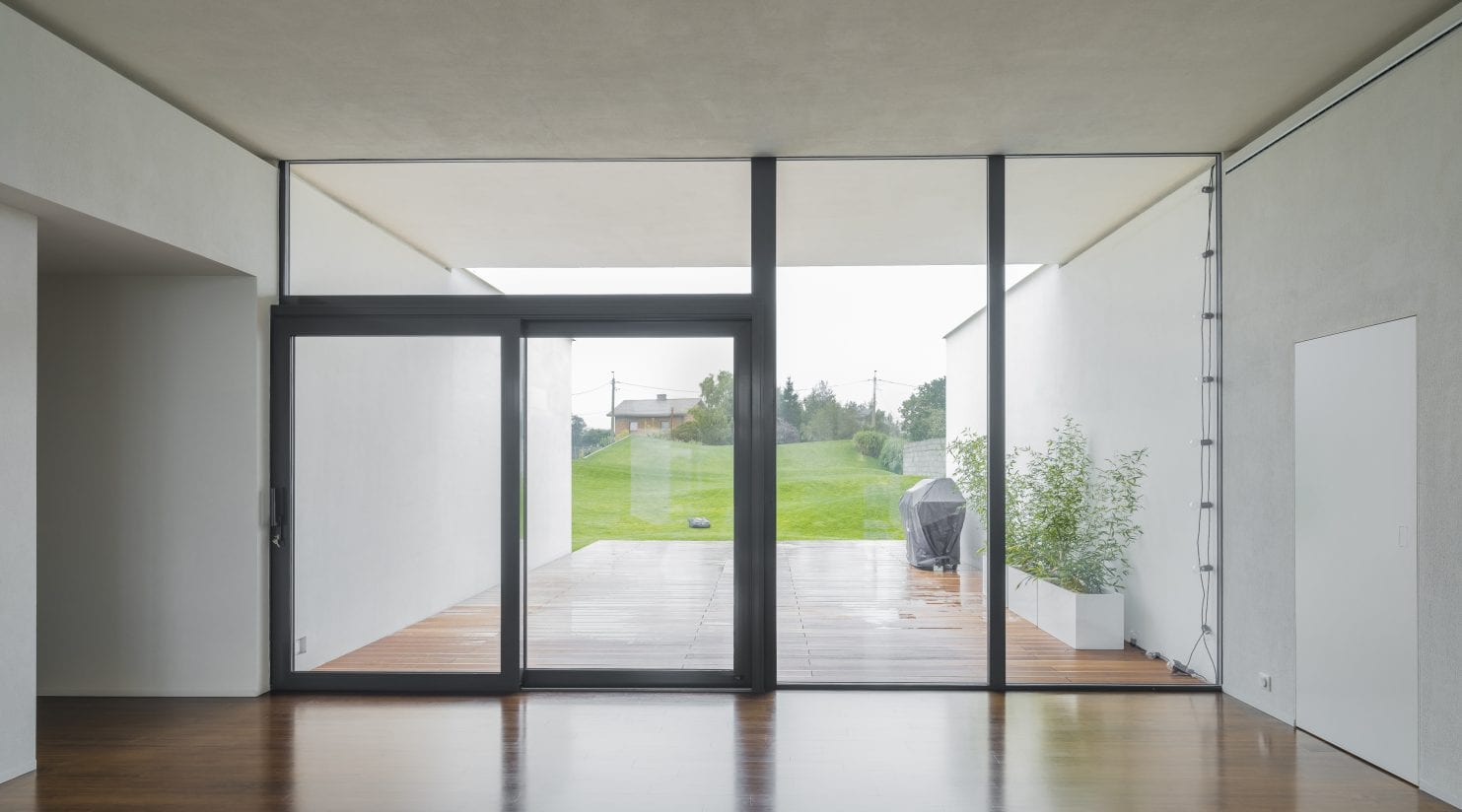 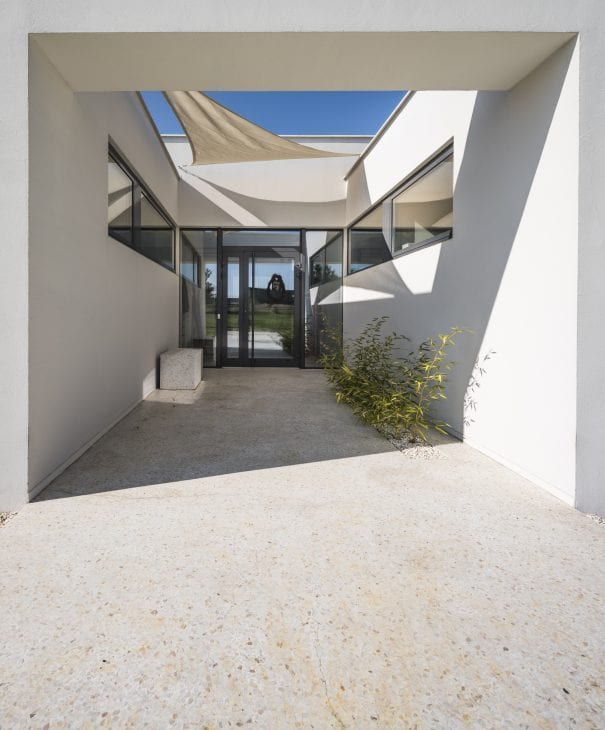 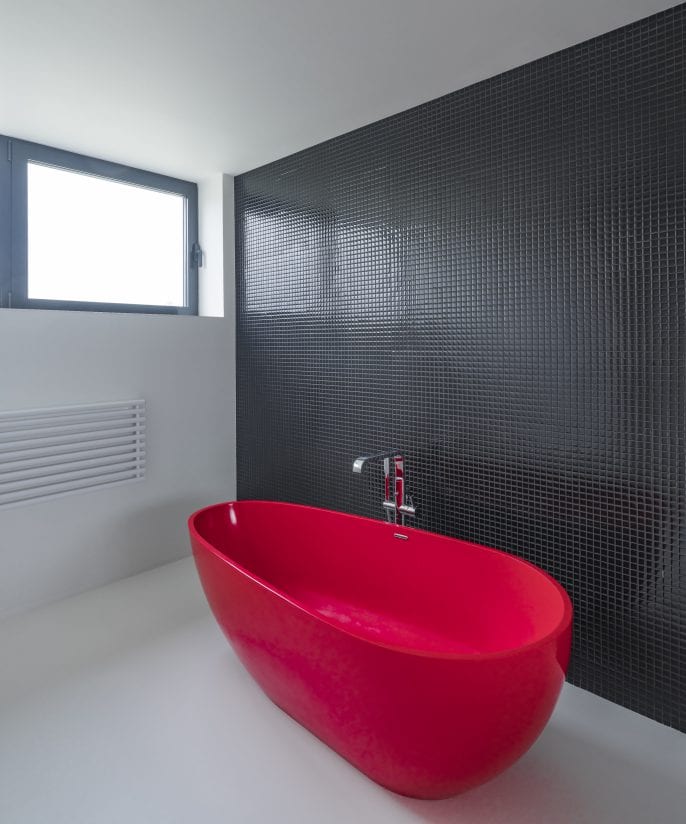 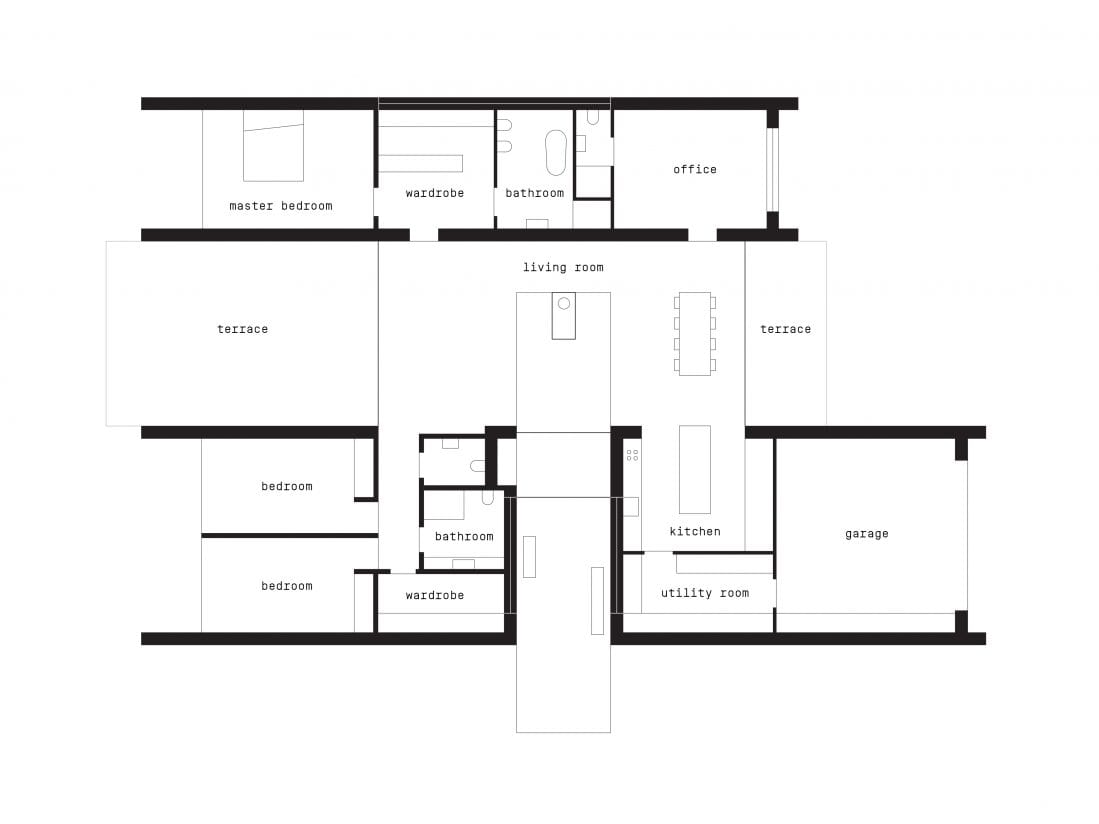