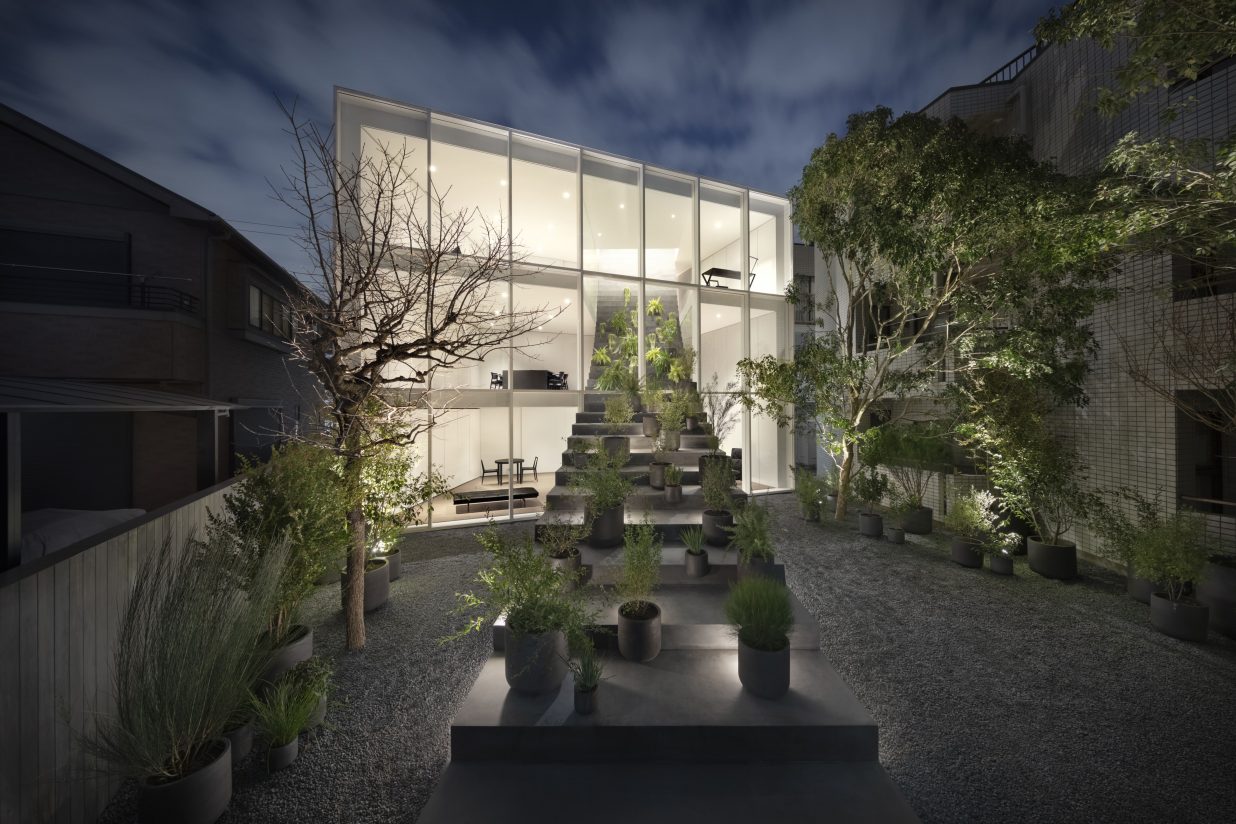 The Stairway House by Nendo

A residence in Tokyo, designed by Nendo,  comes with an element of surprise, a staircase, that cuts through the façade and up the house, a faux concrete and steel element that becomes the show-stopper of the design. 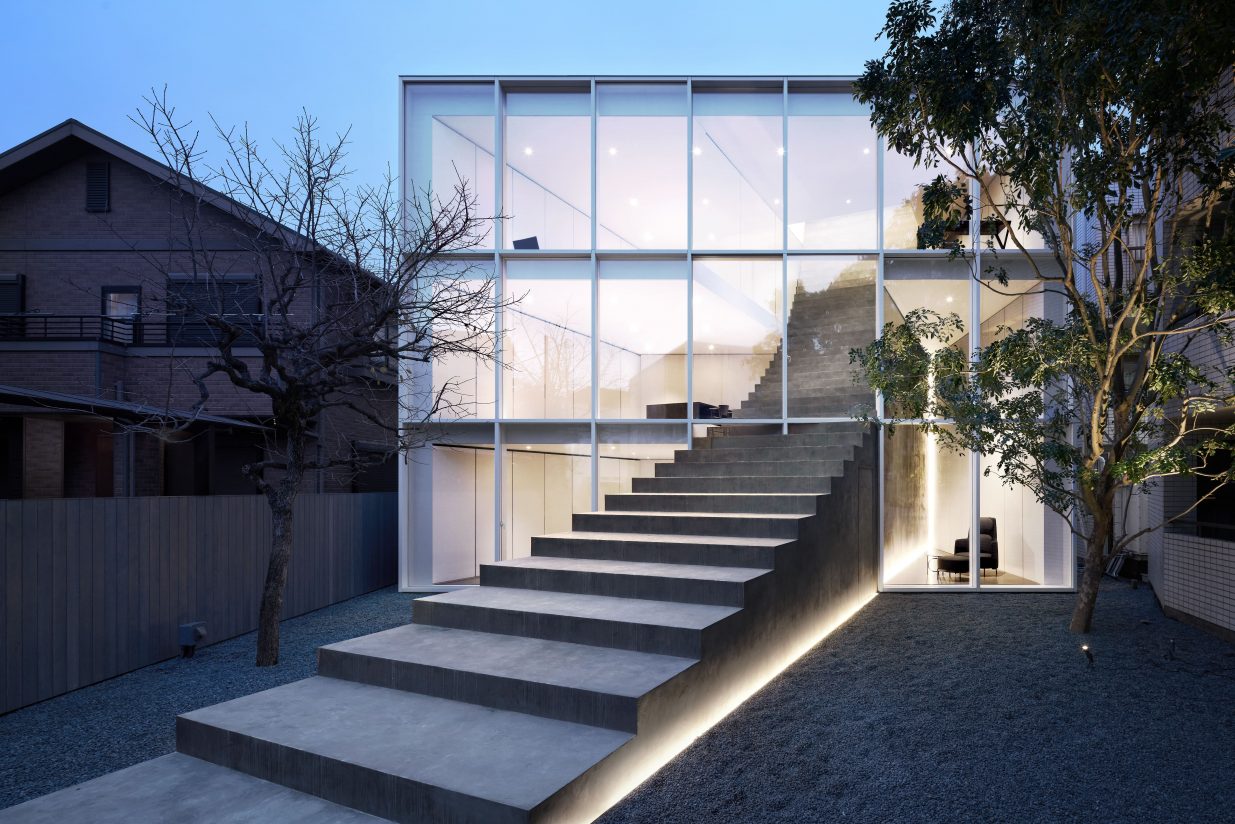 The Stairway House with its faux stairway emerging into the front yard. Picture courtesy @daici_ano 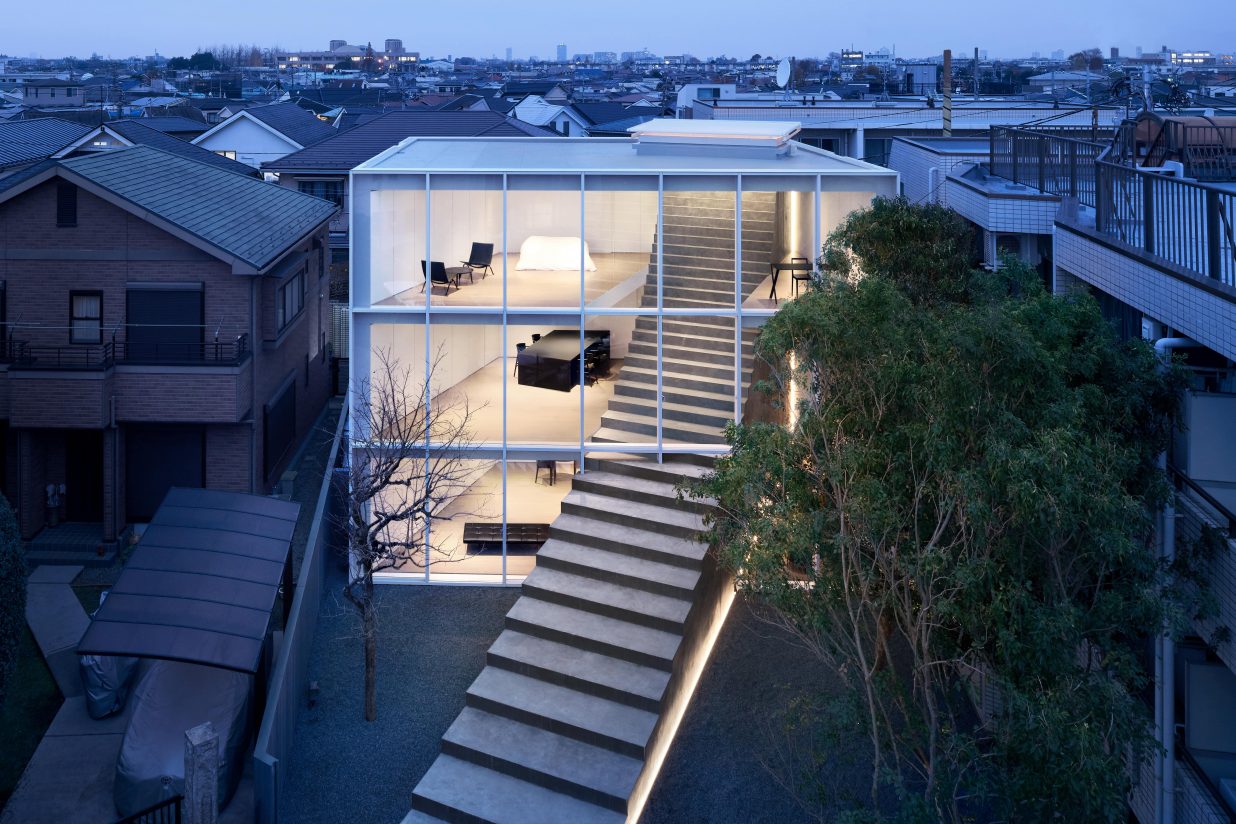 The stairway that leads from the garden to the roof. Pictures courtesy @diaci_ano

The planning of this house for two generations of a family in a quiet residential area of Tokyo, Shinjuku, known for its neon-lit buildings, bustling streets and vibrant nightlife scene, takes all its cues from the site. 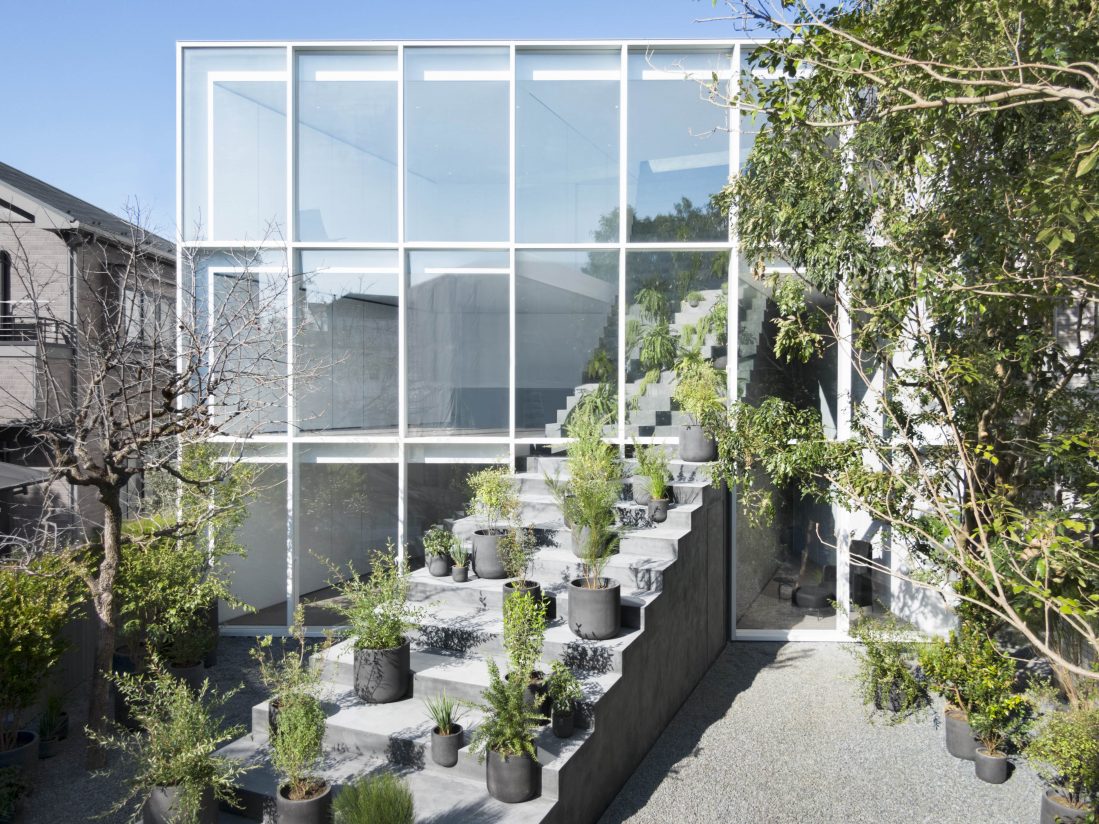 The stairway has multiple functions but that of being a staircase; here it becomes plants’ holder. Pictures Courtesy @tacumi_ota 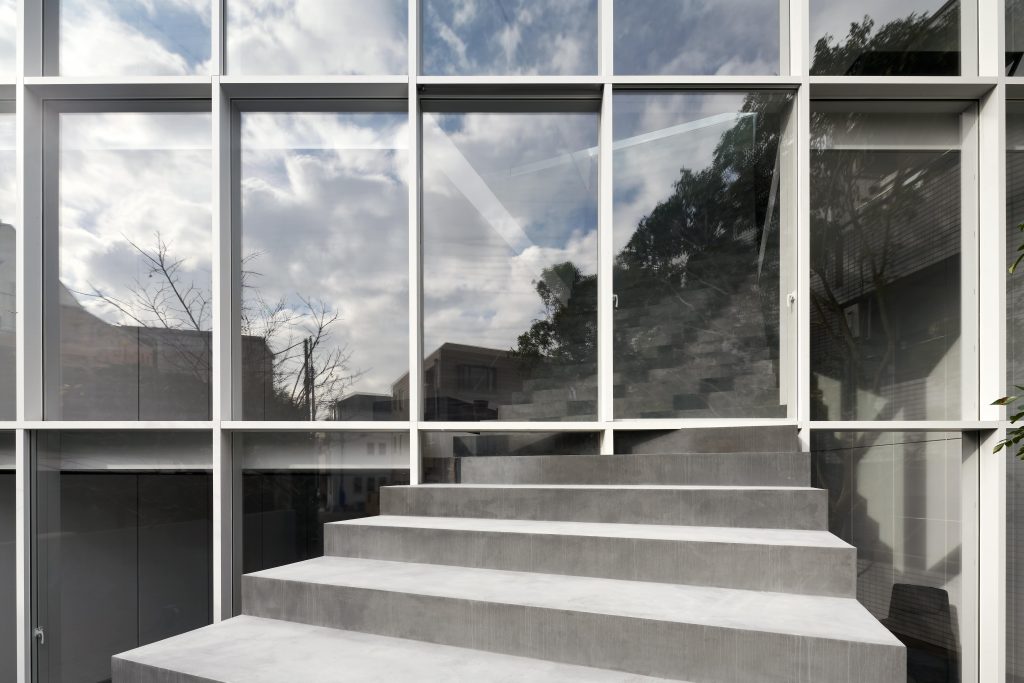 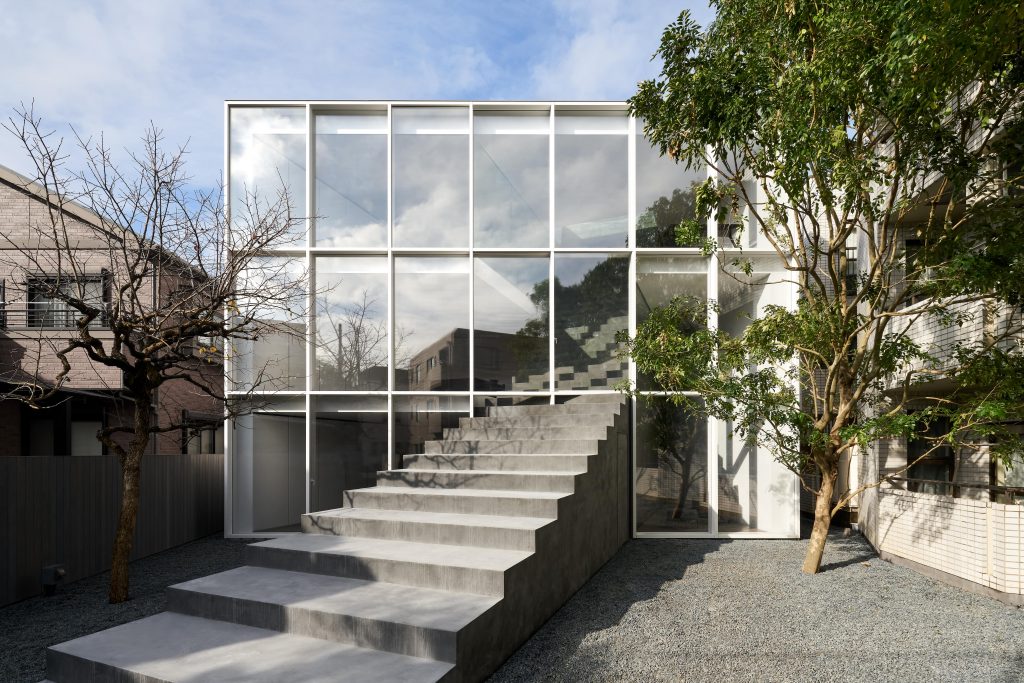 “With other houses and apartment buildings pressing around the site, the architectural volume was pushed to the north to take in daylight, ventilation, and greenery of the yard into the living environment by a large glass front southern façade,” says the design team at Nendo.

The setback and layout plan also made sure that the existing persimmon tree beloved by the previous generations, remained untouched. 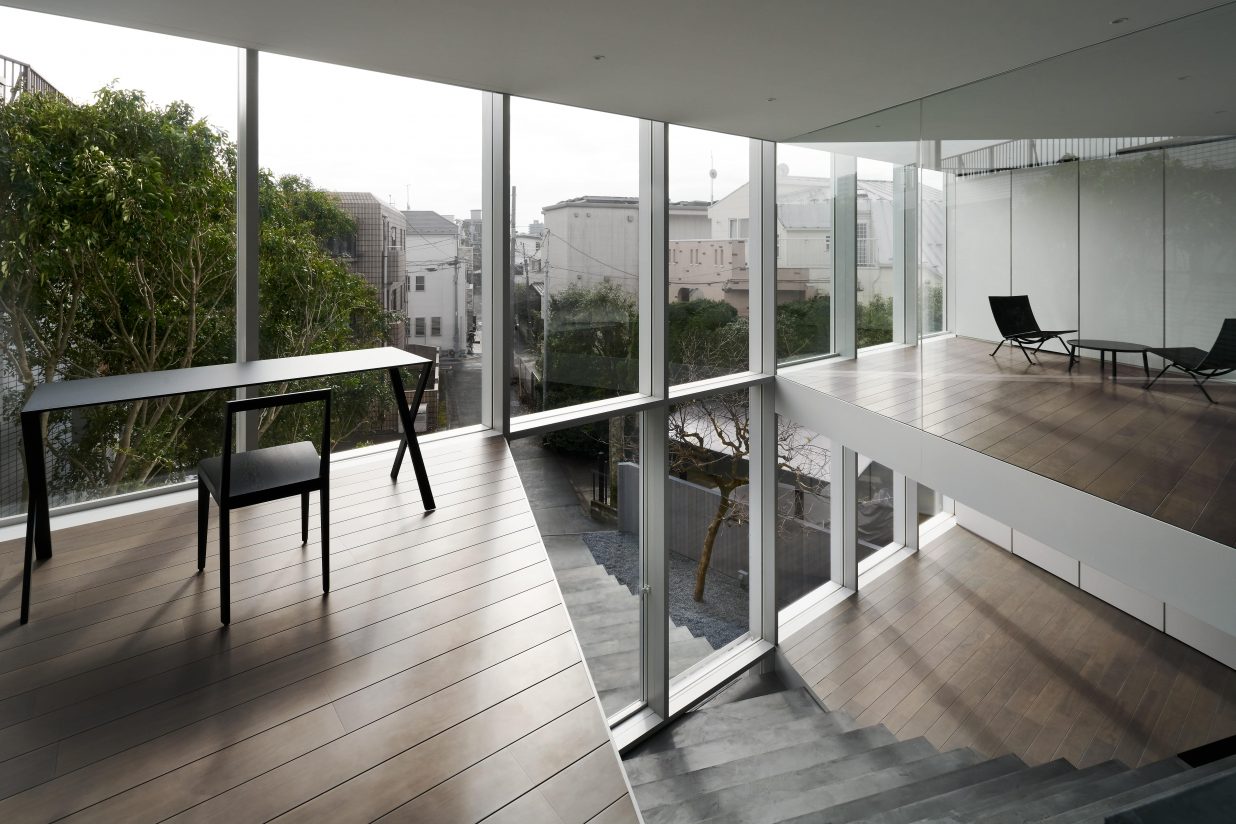 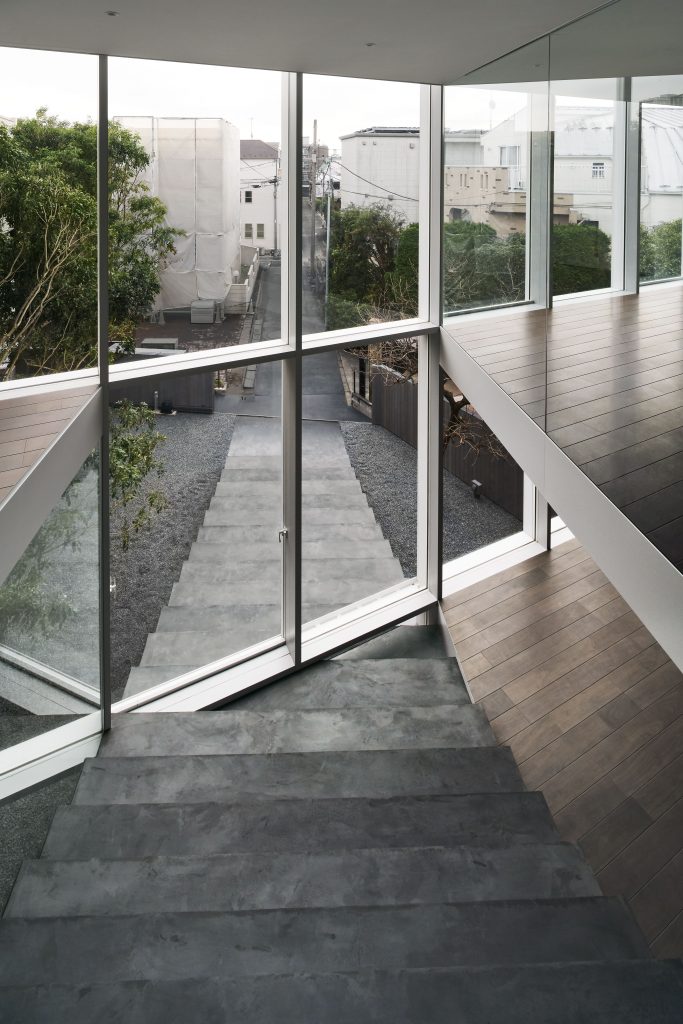 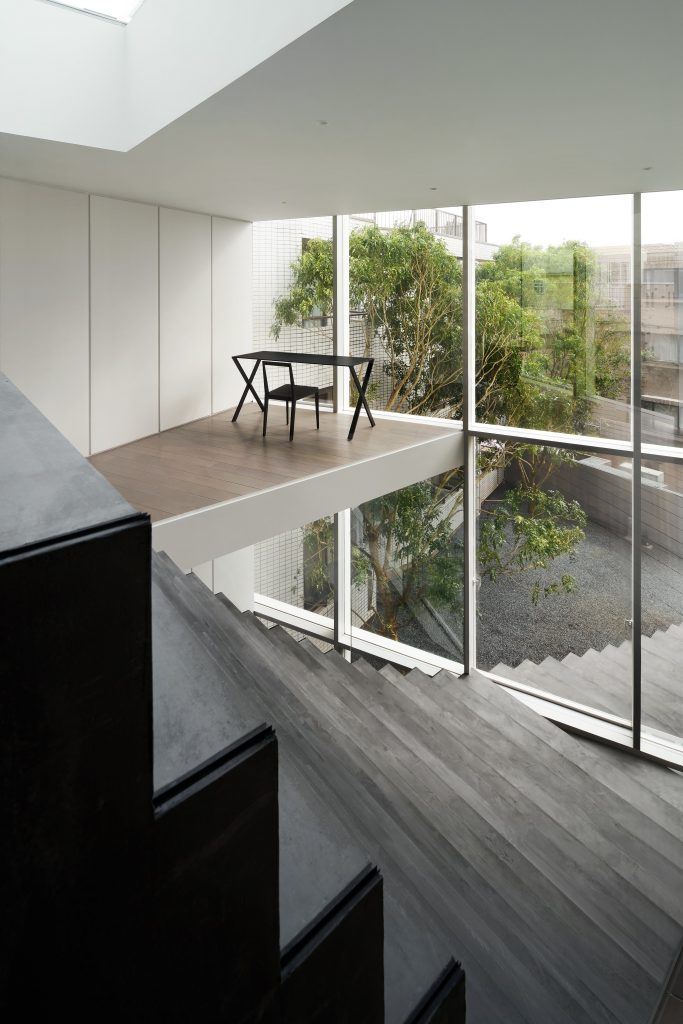 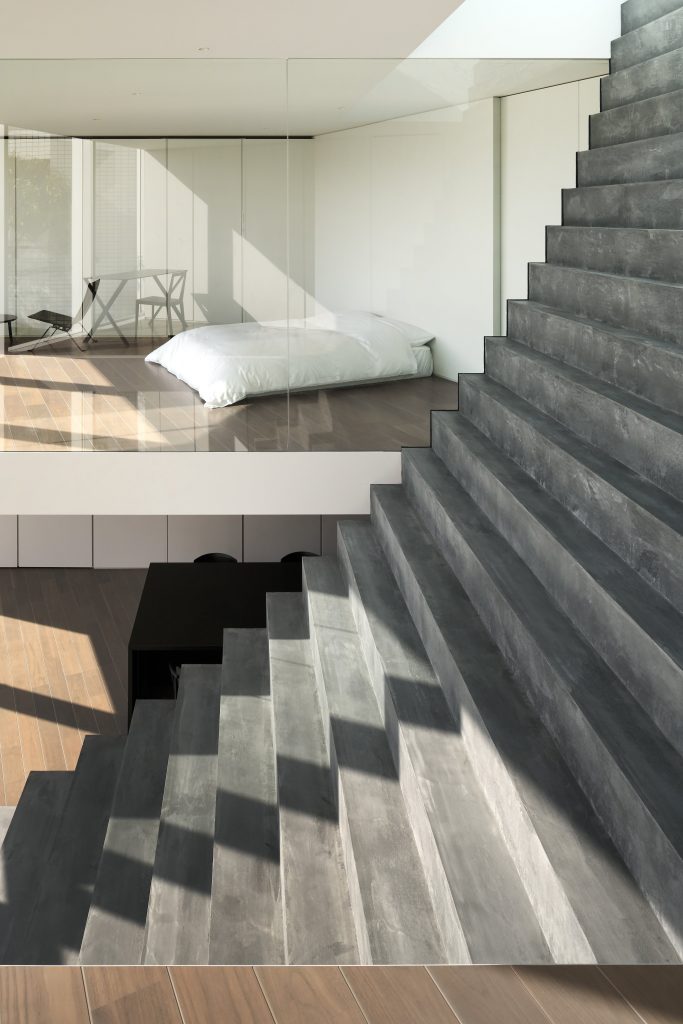 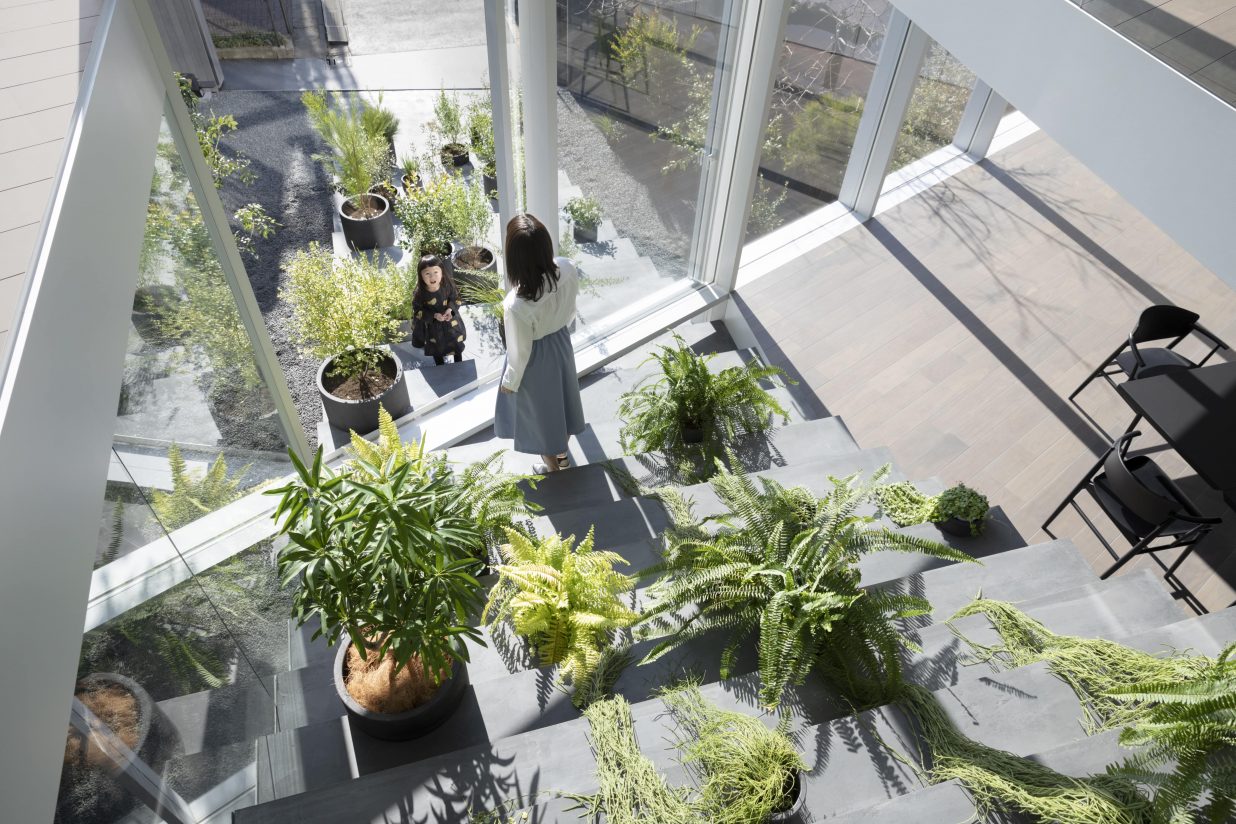 The staircase is the connecting element in the three-storeyed house. Picture Courtesy @takumi_ota 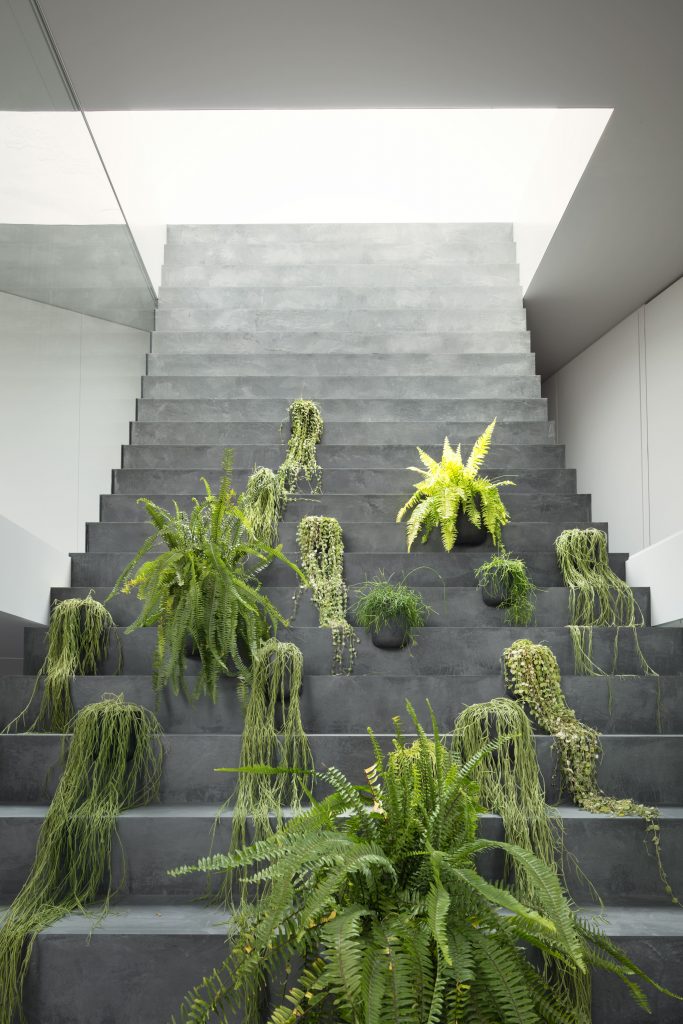 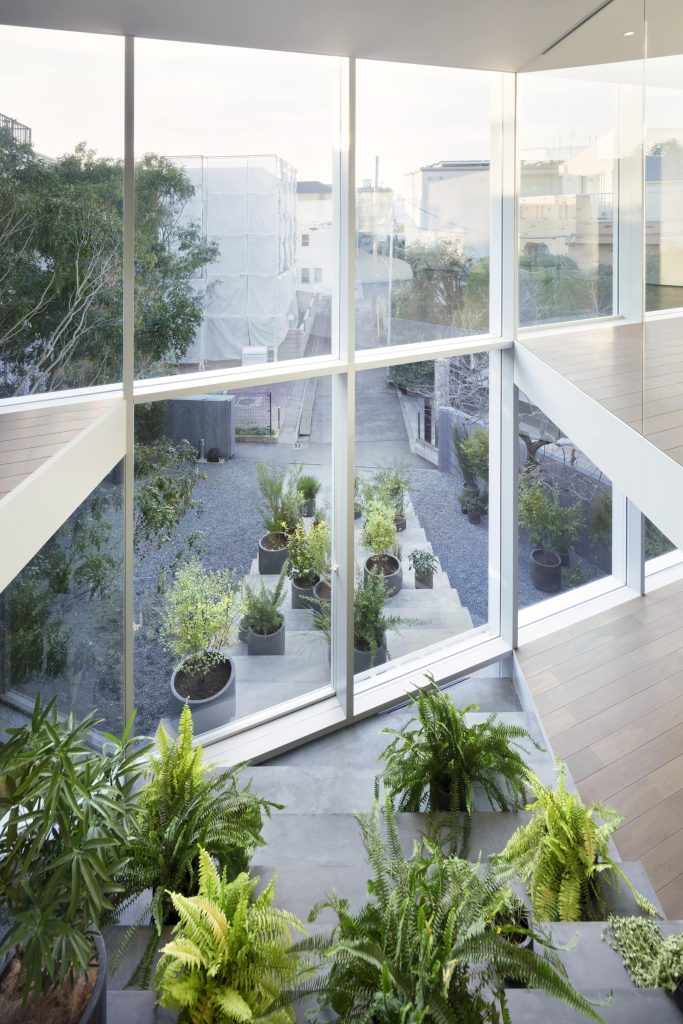 The staircase has been inserted in the plan to integrate each floor and make the entire residential unit as one with the staircase being the centre of attention, a gardening spot, almost as if it the piece de resistance. The younger couple did not want the elderly members to feel isolated and hence the separation was only in the form of a level difference with the open staircase in the centre acting as a connector rather than serving the purpose. A real staircase in enclosed behind the walls of this faux staircase. 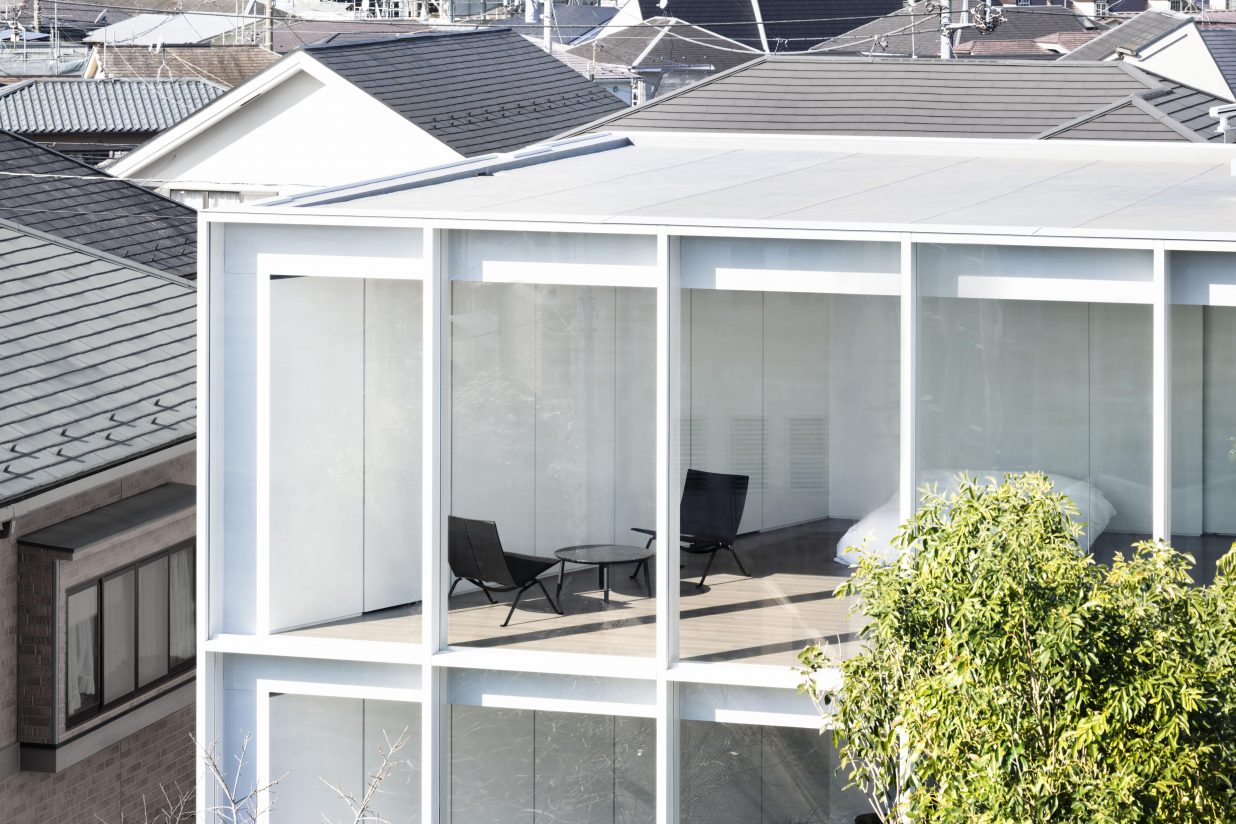 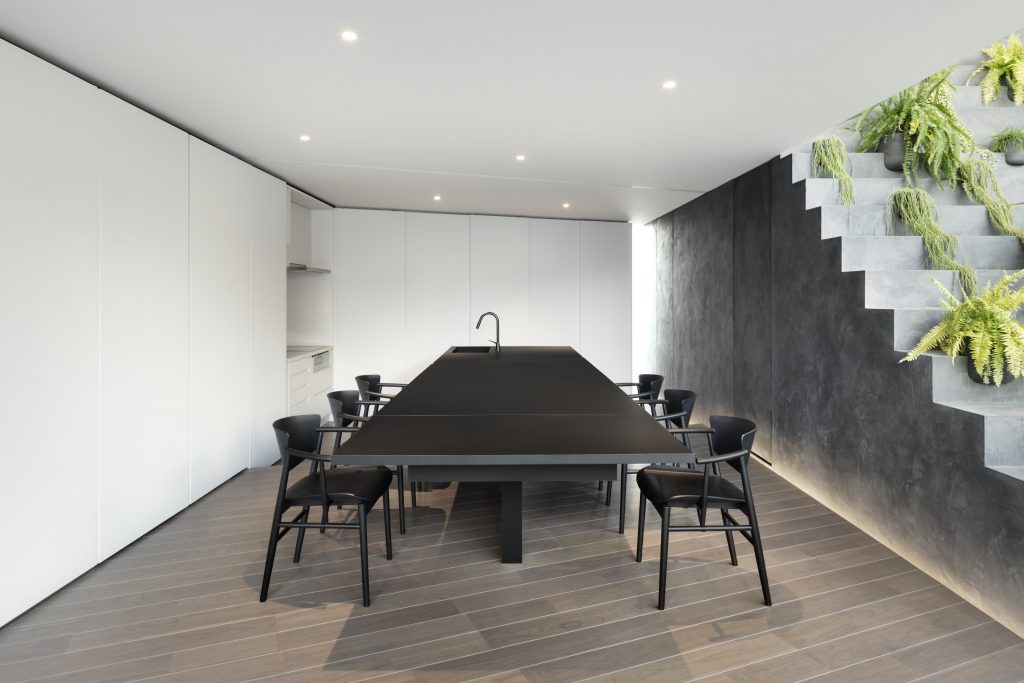 Most of the furniture in the house is jet-black. Pictures Courtesy @ takumi_ota 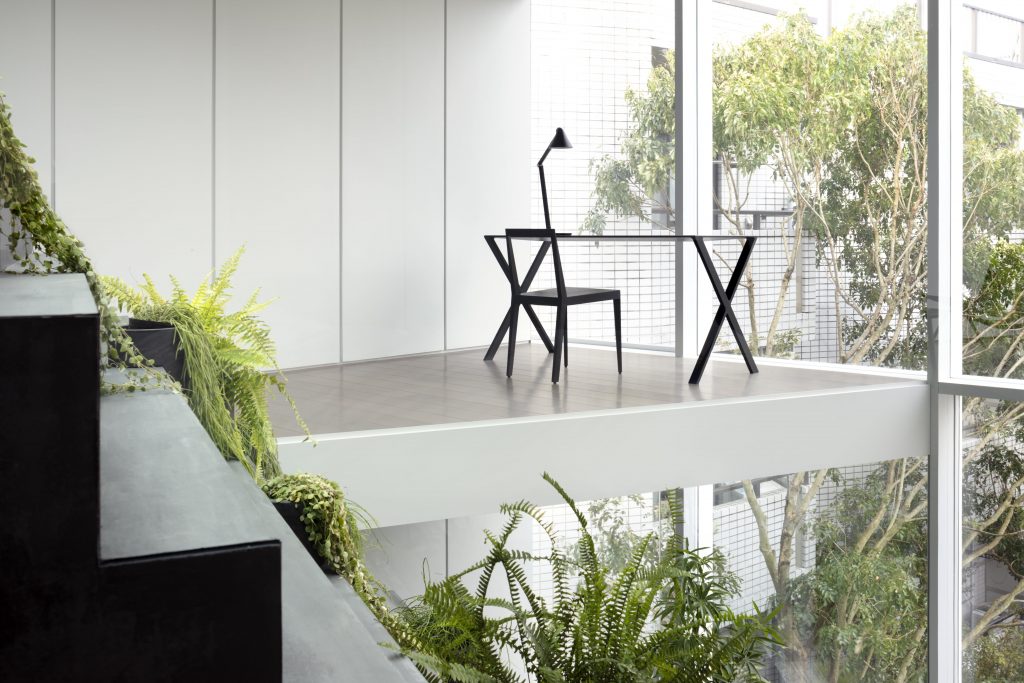 “To avoid the two households being completely separated at the top and bottom, a “stairway-like” structure was designed in the south yard, continuing upward into the building and penetrating the first floor through the third floor. Enclosed inside the “stairway” are functional elements, such as bathrooms and a staircase for actual use, with the upper part taking on the look of a semi-outdoor greenhouse with abundant greenery as well as a sun-soaked perch for the cats to enjoy climbing,” further explains the team. 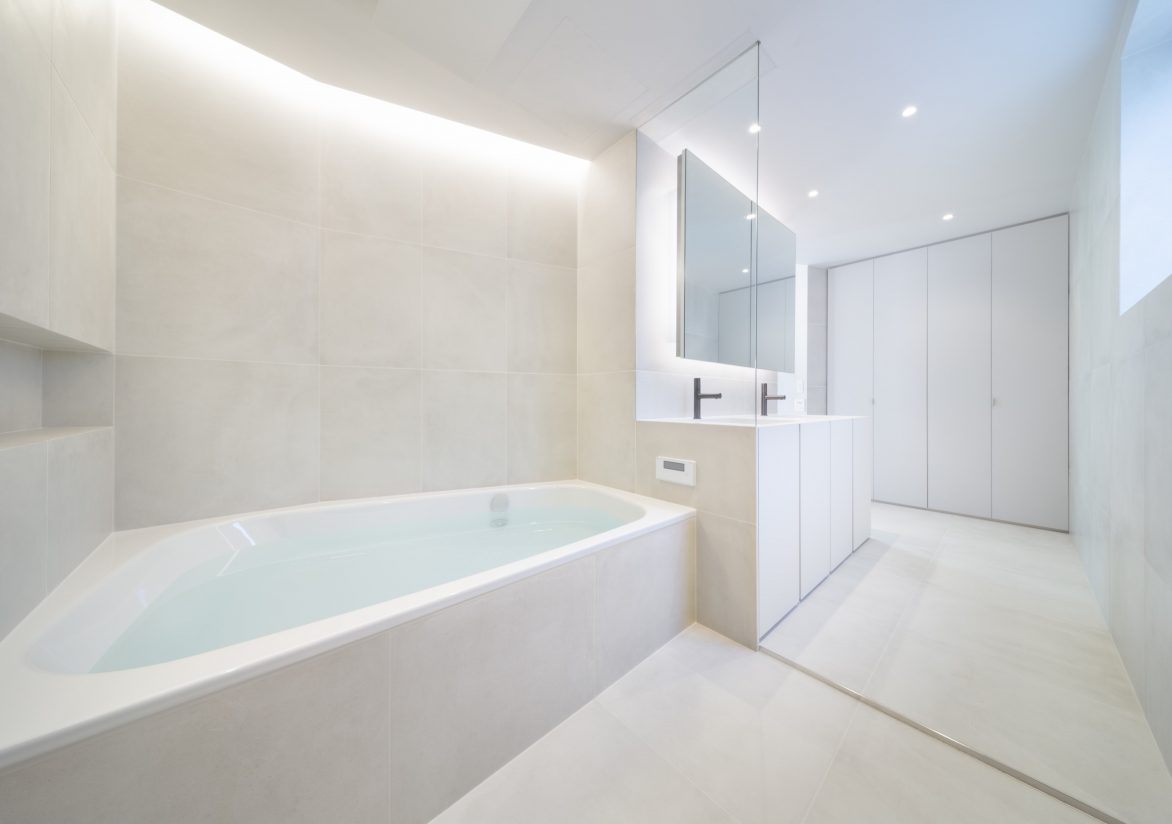 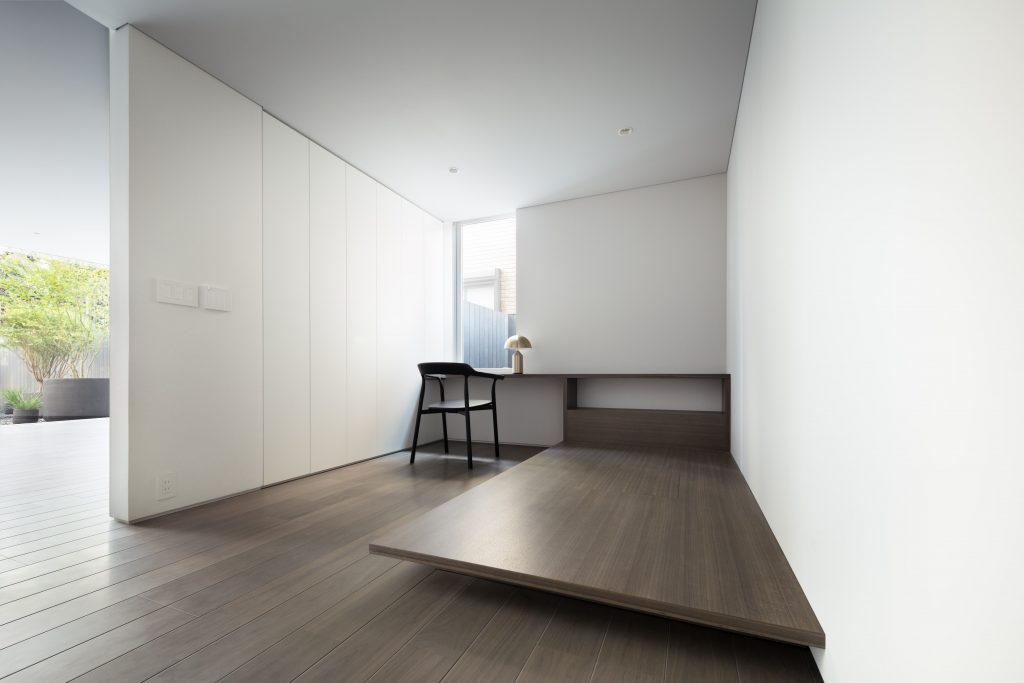 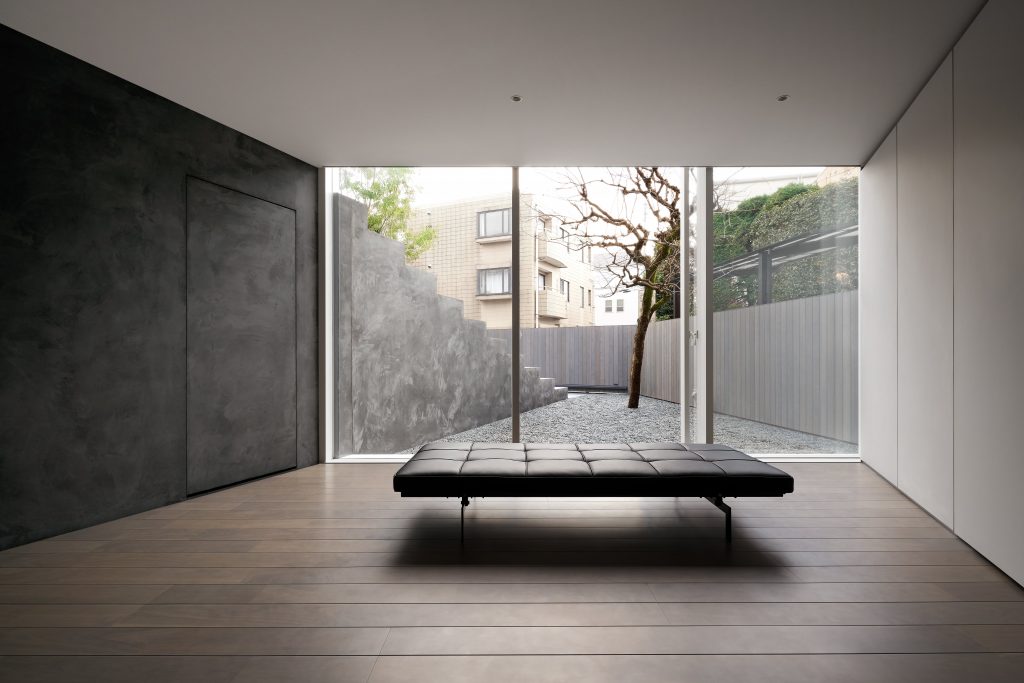 And so, a stairway and greenery gently connected the upper and lower floors along a diagonal line, creating a space where all three generations could take comfort in each other’s subtle presence. Not only does the stairway connect the interior to the yard, or bond one household to another, this structure aims to expand further out to join the environs and the city —connecting the road that extends southward on the ground level, and out into skylight through the top light. 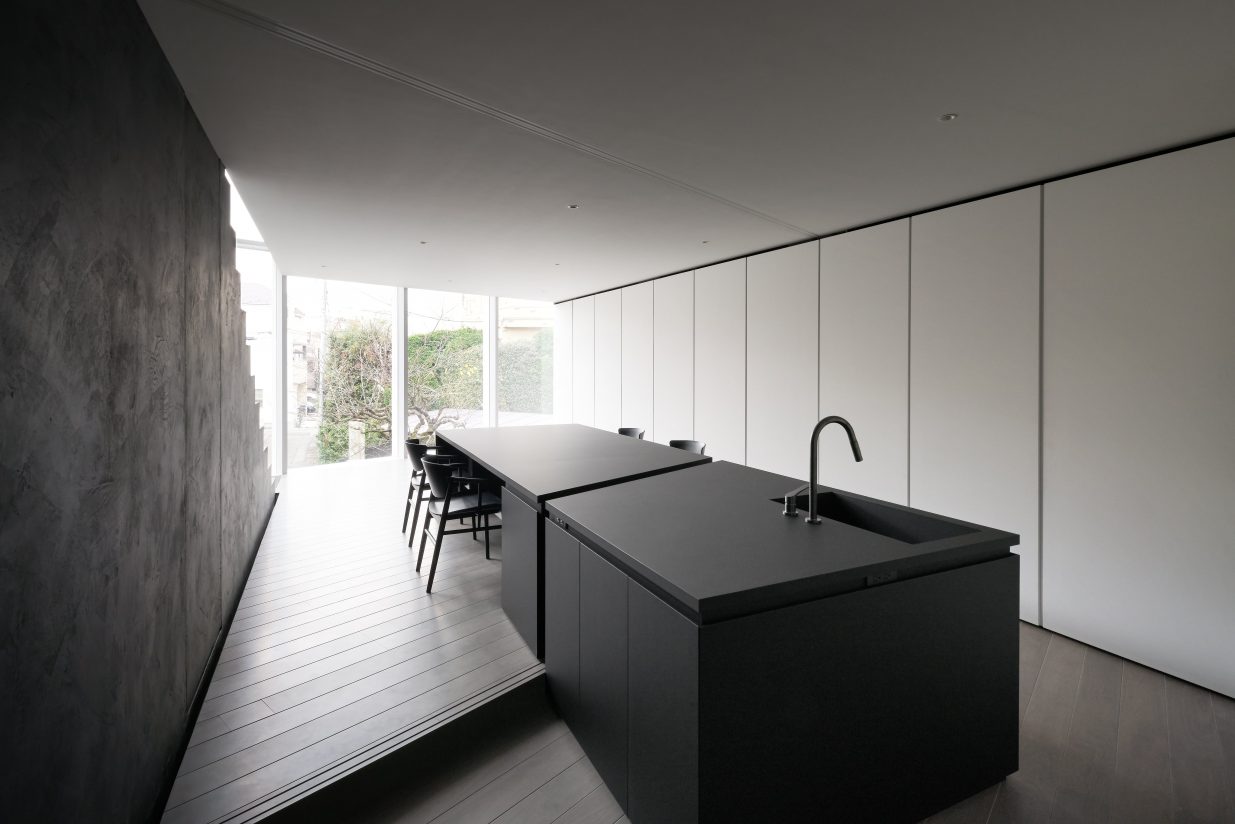 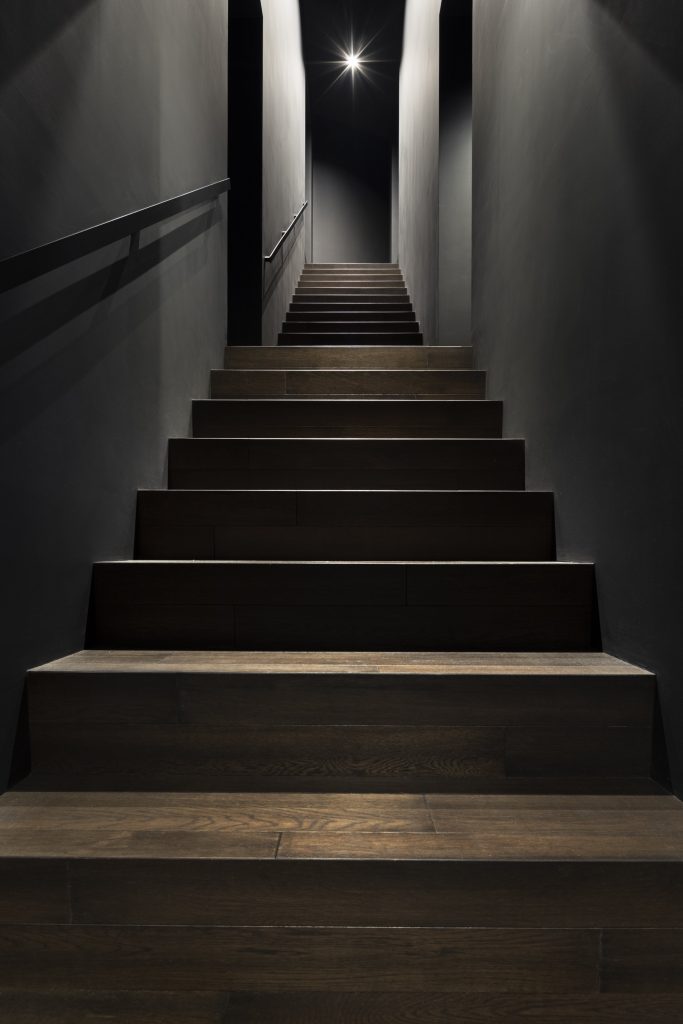 The rooms behind the staircase, the real stairway and the toilet. Pictures Courtesy @takumi_ota 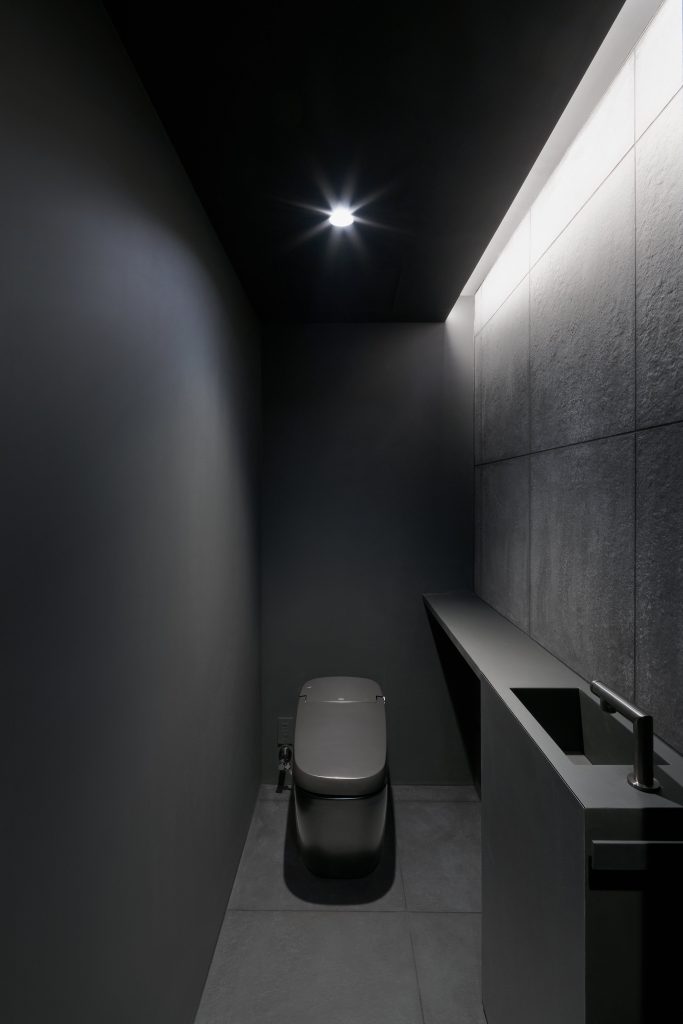 A stairway straight from earth to heaven, even?