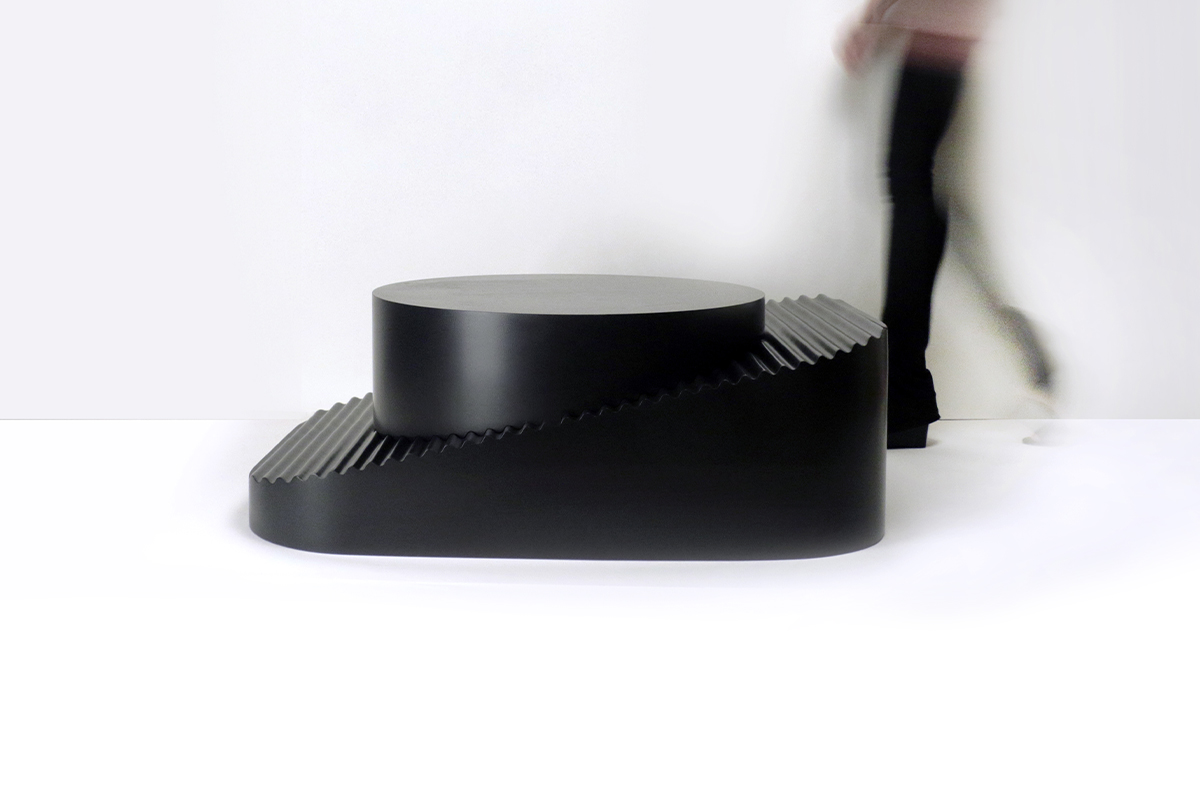 Exploring the relationships between the object, scale and the user, designer Erika Cross creates Step and makes her grand debut into the international design community. By Aarthi Mohan

“I have always been interested in the relationship between scale and identity. Also, I’m fascinated by the interaction between individual parts that combine to form composite objects. Step table was inspired by tools in the workshop such as step blocks which embody these interests,” says designer Erika Cross. 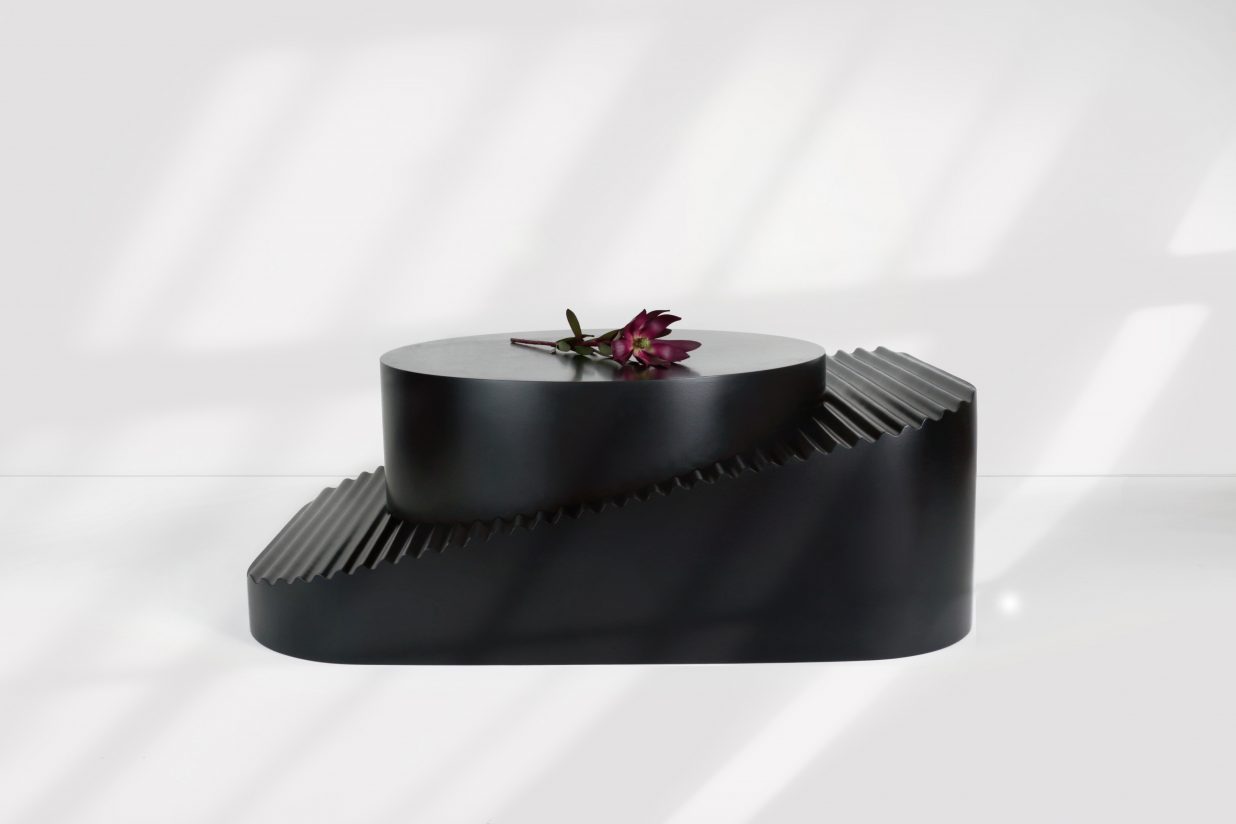 Step is a coffee table inspired by tools found in a workshop. The table consists of two pieces, a wedge and a cylinder. They can be arranged with either one on top. Whichever way is up, ridges on the mating surfaces allow the overall height to be adjusted. The table is available in various colors. 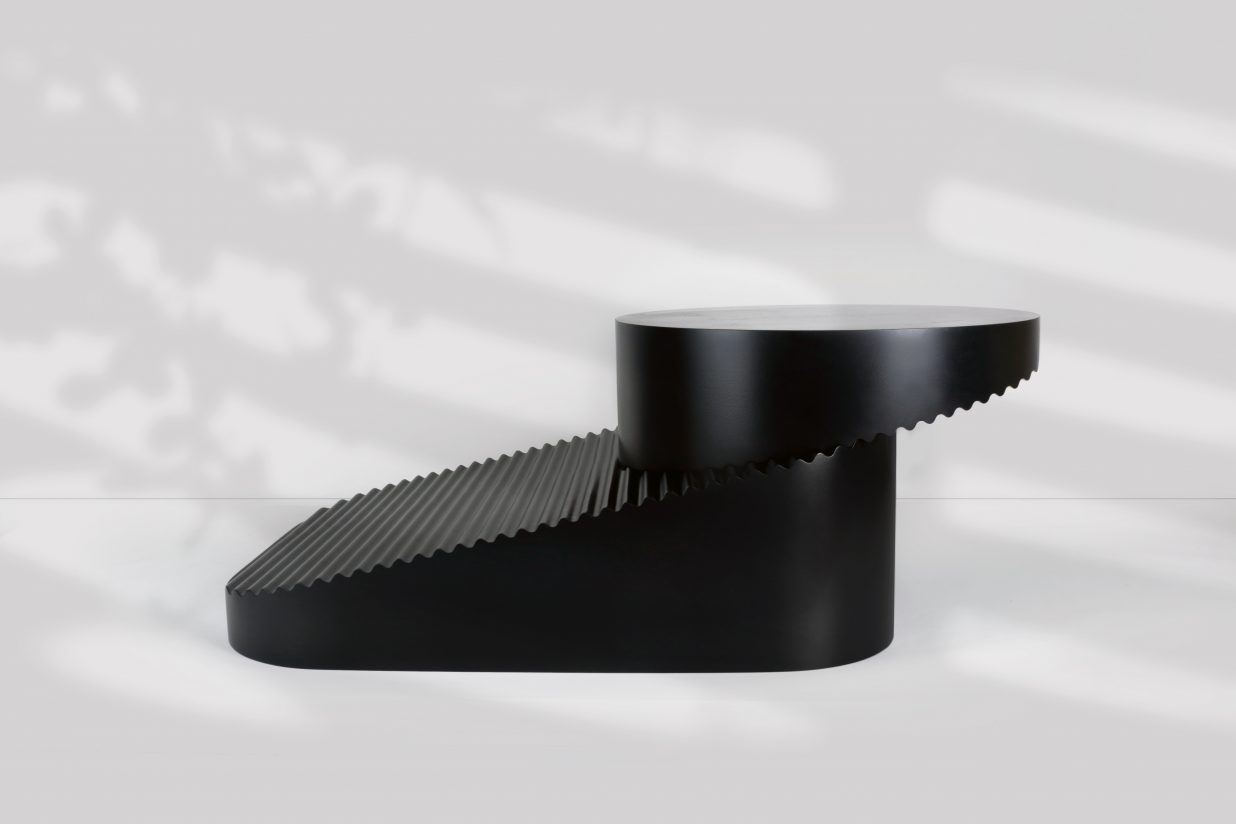 Step blocks are simple mechanical devices used for various clamping and holding tasks. They are pairs of metal wedges with teeth along the long edges that articulate to hold the blocks together at different positions. The Step table takes these industrial objects and transforms their scale, creating a composite object with a new purpose. The same type of mechanical interface is present between the two parts of the Step table: articulating teeth provides height adjust ability. On a larger scale and with refined geometries, simple industrial tools have been repurposed into household furniture.

Producing the prototype was quite labour intensive for the designer. “I completed the work over the course of a year. It was important for me to use the resources available within the workshop, without outsourcing any of the prototype production. I had to resolve a series of design and engineering challenges in order to conceptualize and then fabricate the necessary pieces in the workshop. This included creative use of a 3-axis CNC router, along with various other carpentry and finishing steps. The fabrication process was complex and required many creative solutions, including custom jigs for handheld routers and innovative use of machinery,” she says.

Erika believes that interaction creates value. A piece that can be customized or reconfigured is an invitation for the user to get involved with. This interaction strengthens the user’s bond with the object.

Along with the table itself, the designer has developed a flexible batch production process. She was concerned with optimizing several attributes: reducing cost, decreasing lead time, and minimizing waste. She wanted to be able to reproduce the design in a streamlined and resilient way without the need for specialized tools or work spaces during the production phase. This was achieved by engineering and fabricating an original prototype which serves as a master for creating a mould forecasting pieces in other materials. The casting phase could be accomplished in a workspace with very modest infrastructure and staff (even a residential basement or garage), if a more elaborate facility were not available or convenient.

The simplicity of this production phase allows manufacturing to be scaled up or down easily, in response to consumer demand (and without the need to hold much inventory). 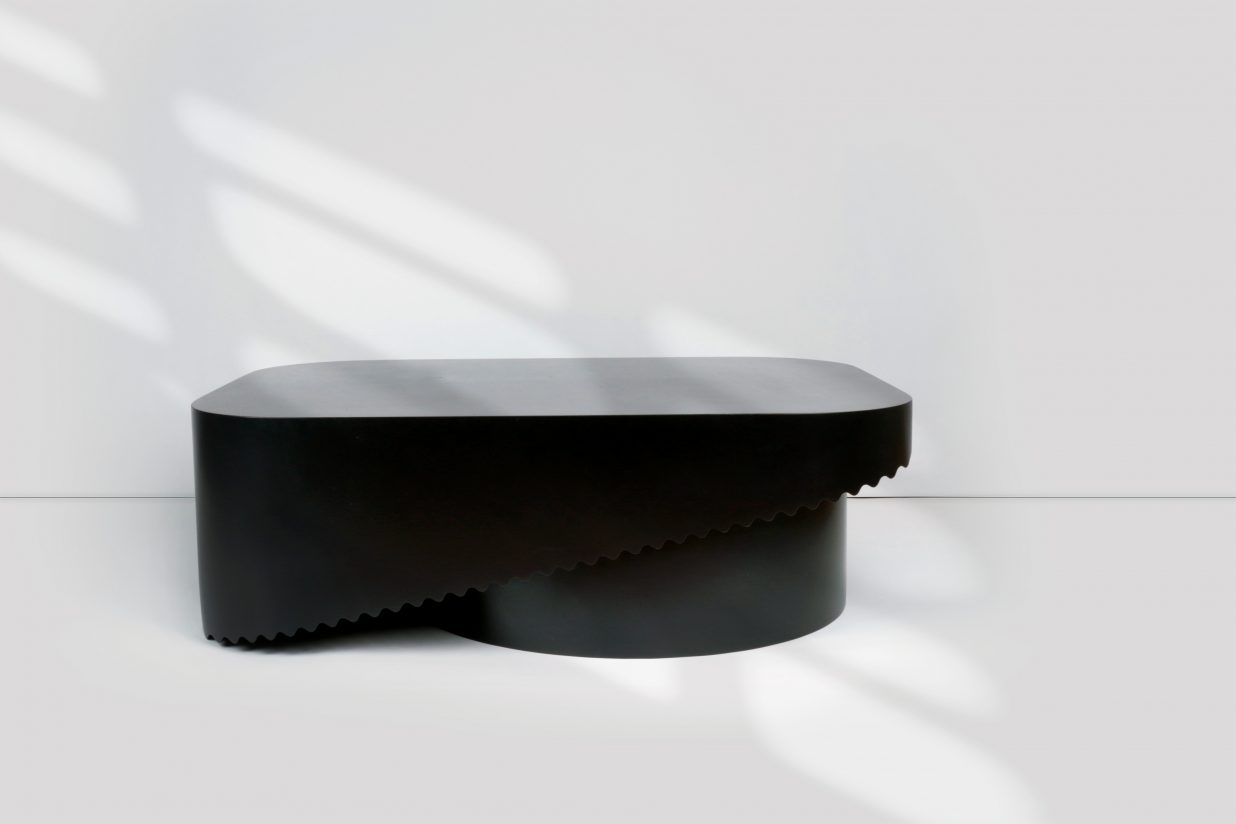 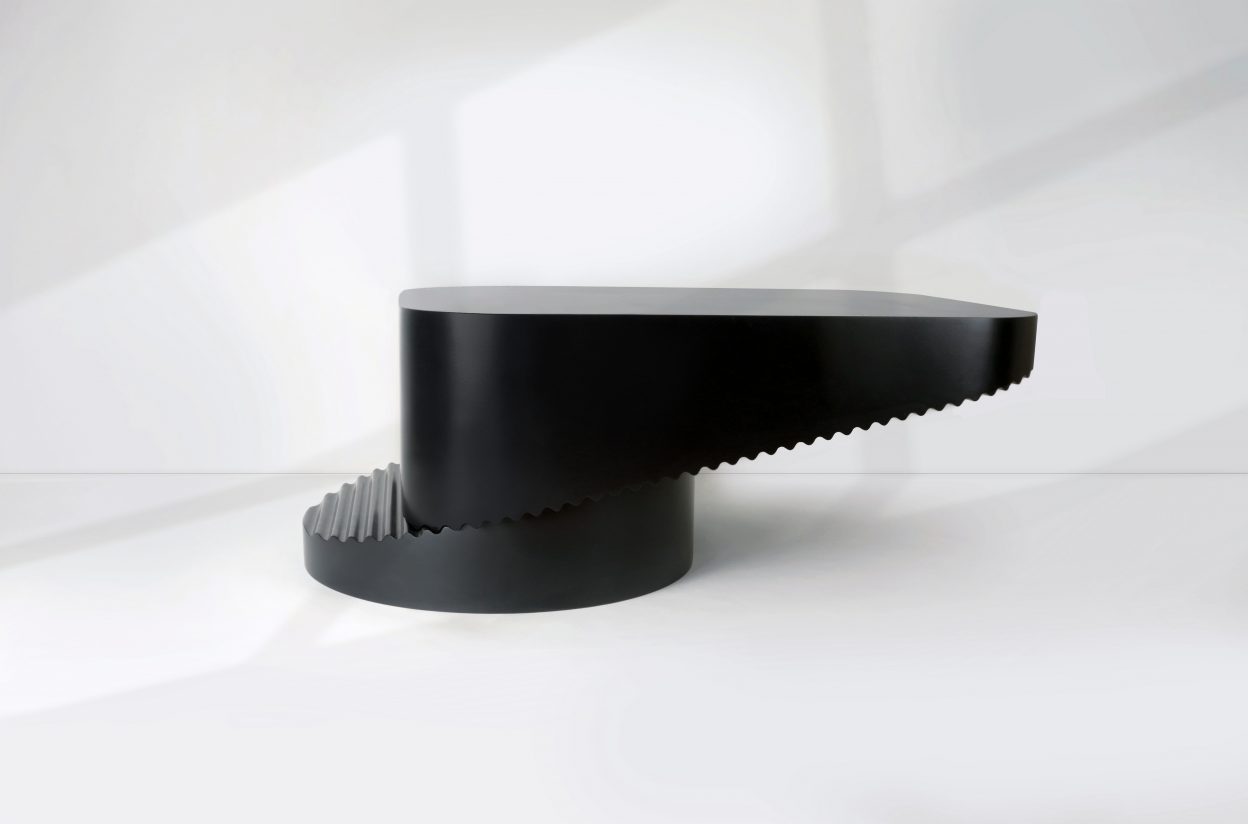 While the original focus was efficiency, Erika believes that the ability to adapt to changing consumer demand and varying resource availability in the production phase may be the new normal moving forward. It is increasingly important in these uncertain times to include flexibility and resilience in manufacturing processes.

“Step was designed with efficient batch production in mind. I wanted to be able to reproduce the design in a streamlined and flexible way without the need for specialized tools or work spaces during the production phase. The prototype serves as a master for creating a mould for shell casting other materials (such as Jesmonite).  I plan to explore other cast materials, such as concrete, resins, and rubber. Thinking outside the mould, I would also love to see the piece rendered in wood (something light in colour, like ash)”, she says. 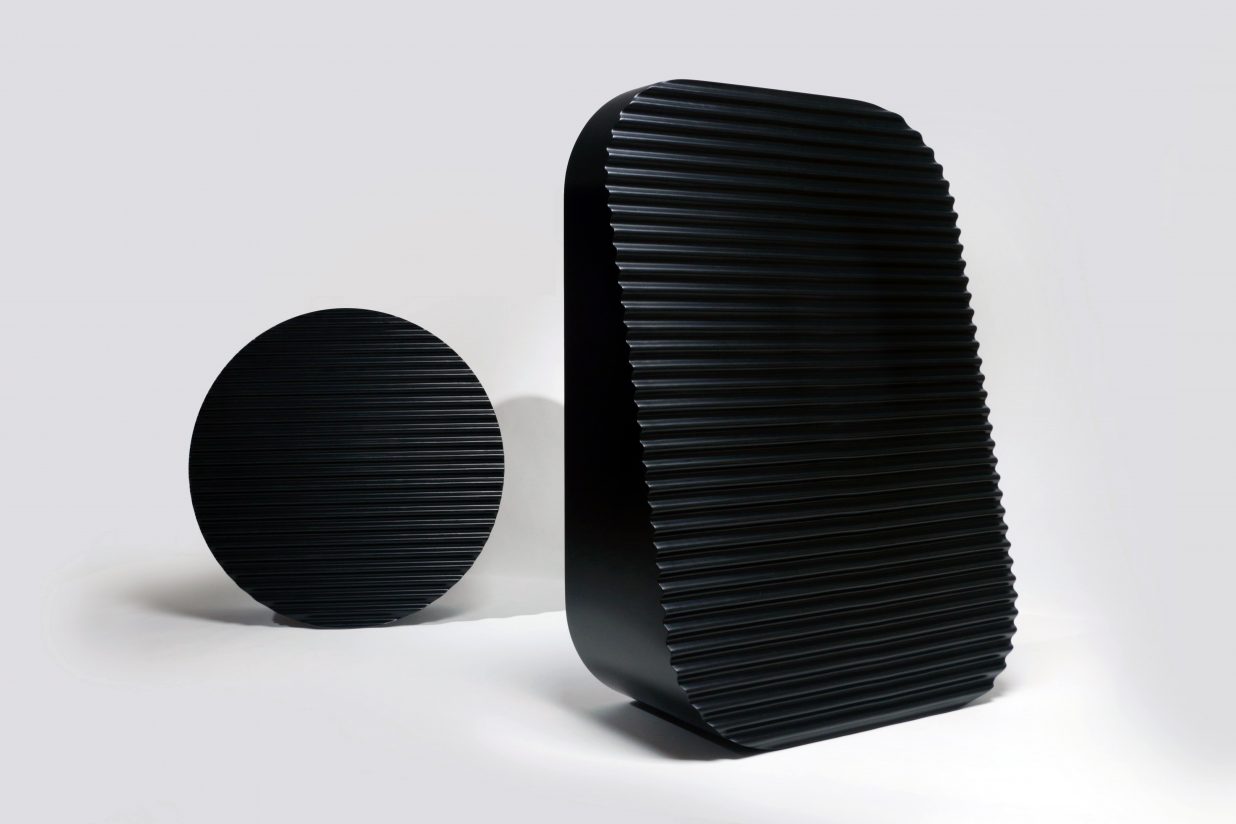 Motivated by the desire to elevate ordinary objects and familiar forms into unexpected delights, Erika Cross’s design aesthetic fuses sculptural forms with utilitarian functionality. Working at the intersection of product and process, she has a hands-on approach to design. The workshop becomes the source and site of her creative energy; both library and laboratory. 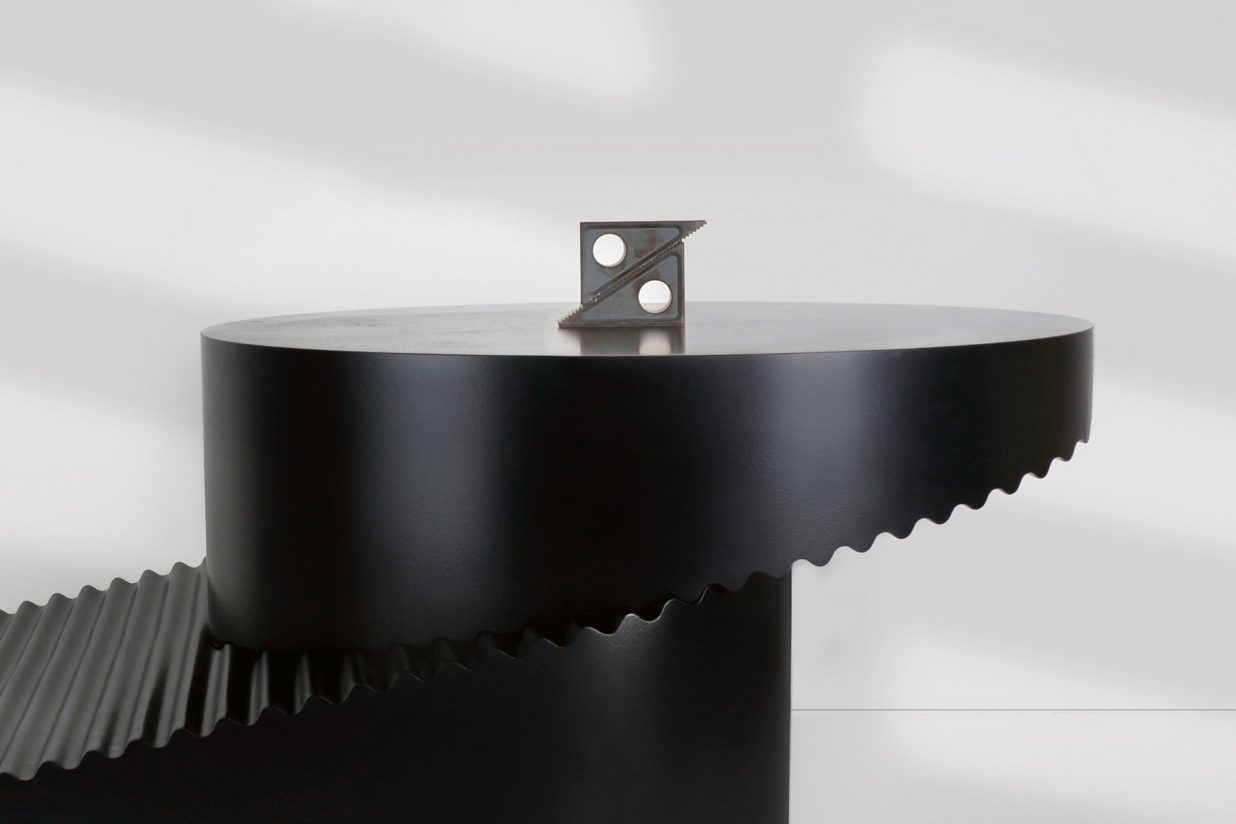 Using research, intuition, experience, and experiment, Erika purposefully challenges limitations to develop innovative methods and objects. Born in Michigan, Erika is the founder of Erika Cross Studio. She received an MFA in Design Products from the Royal College of Art in 2014. Prior to that, she studied simultaneously at two universities; earning a BFA in Art and Design from the University of Michigan in 2011 and a BS in Interior Design at Eastern Michigan University in 2012.

Step is part of a larger body of work that explores common industrial objects, transforming scale to create new forms with familiar functions. The intention is to engage with themes of customization and re-configurability. Erika’s Step table was honoured at the NYCxDESIGN 2020. 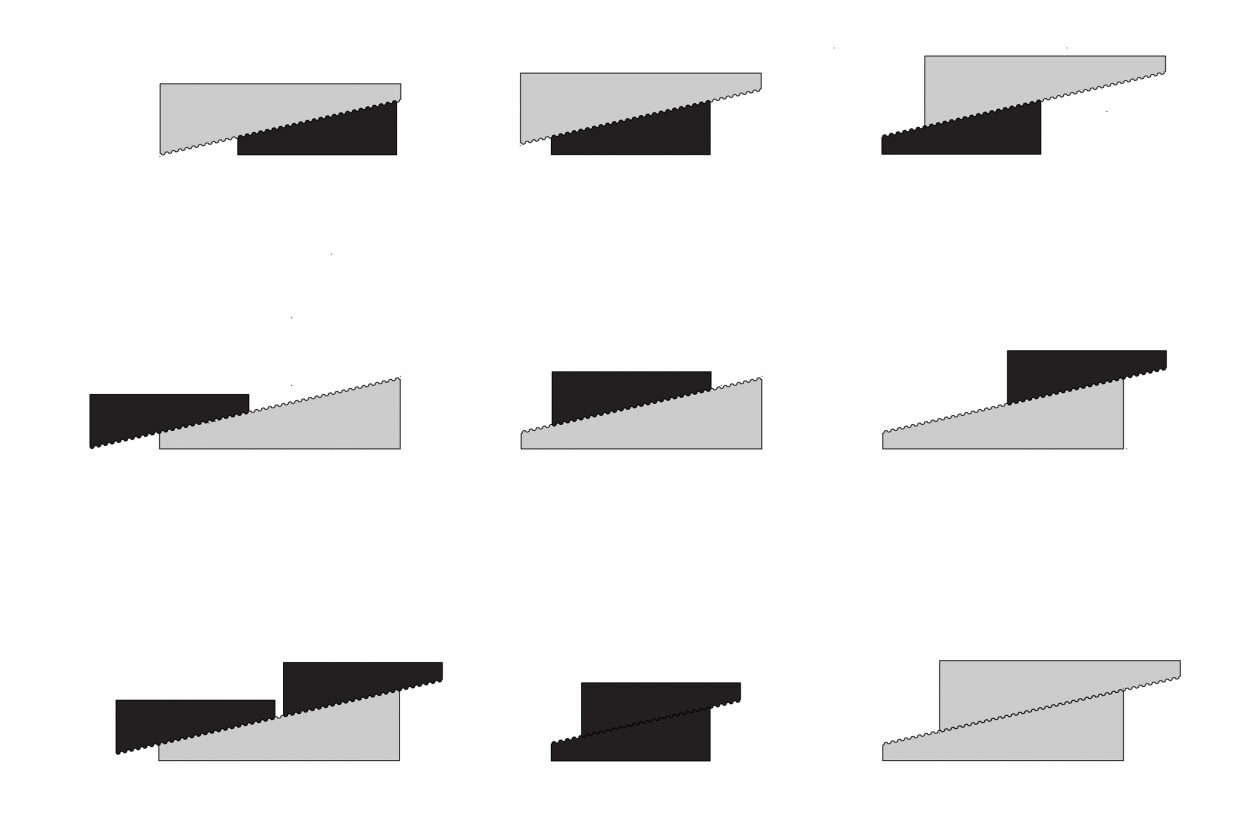