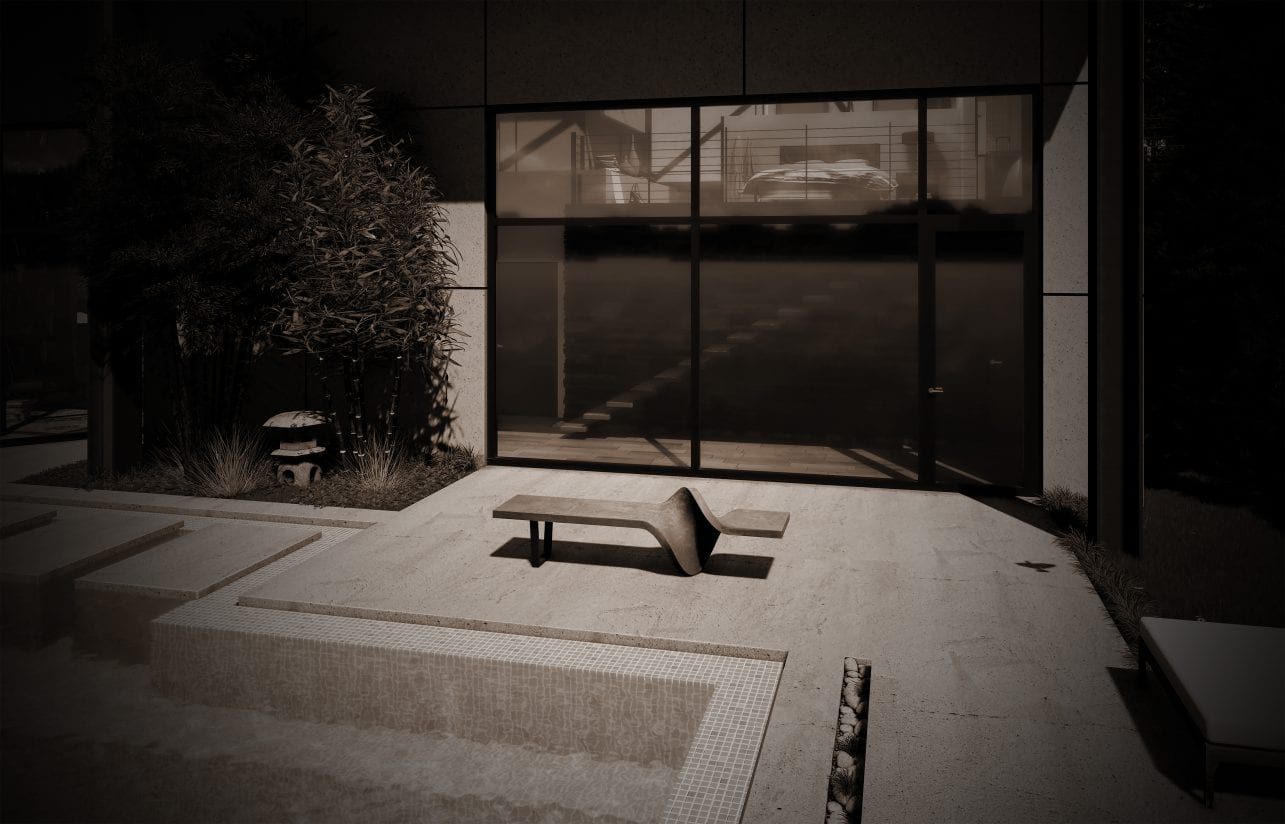 Lebanese architect and product designer Badih Rameh has stretched imagination and one of the most unrelenting materials in the construction industry, concrete, to create a twisted bench.

The material signifies strength and is used as load bearer, not as a façade that is considered attractive though of course it is known to be associated with brutalism in architecture referring to the coldness it portrays. 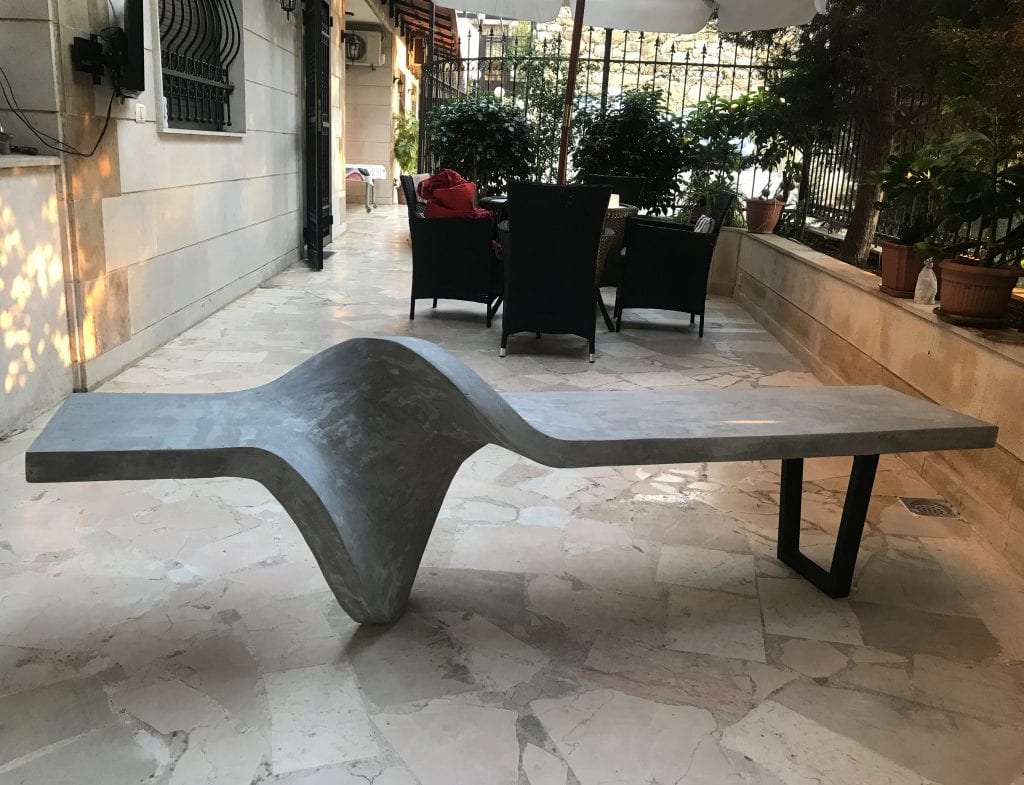 The image of Brutalist Architecture and its image as a cold and inhuman material was particularly prevalent in the 1970s. The repetitive way the elements were put together and monotonous housing silos contributed to this image, as well as the way in which exposed concrete ages, is often perceived as less aesthetic. The association of brutality always accompanies the term, which made the image of exposed concrete quite clear.

Concrete has not only proved itself as a material for huge loadbearing structures, colour pigments, additives and new techniques in working the surface have seen exposed concrete being used as an architectural skin: façades, floor surfaces, furniture – the possibilities of application seem to be endless. 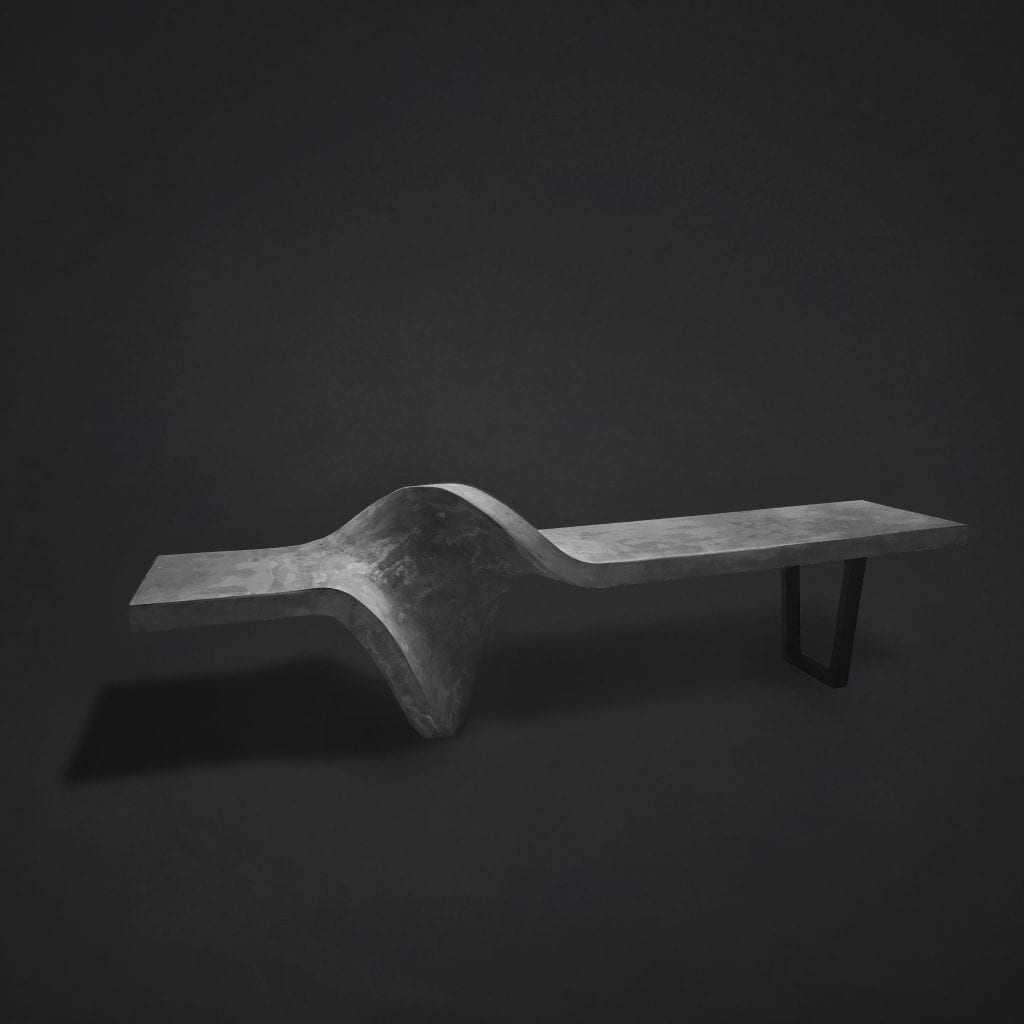 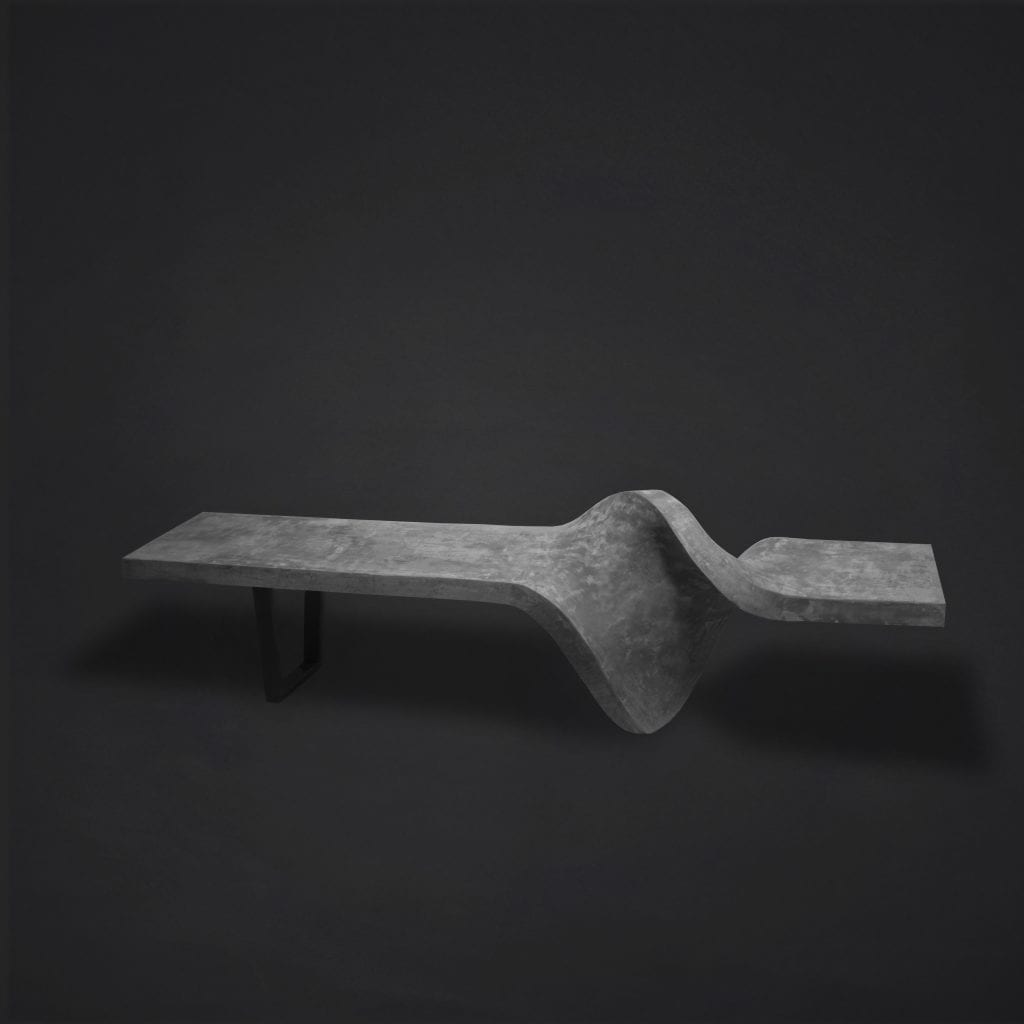 We explore one such innovation of the material where it is being used as a product, a piece of furniture.

The Twisted Concrete Bench seems like a play of senses; a form that twists and is malleable but on touch you understand that it is a material that is completely solid and just cannot be shaped into forms like how clay could. Its form is in direct contradiction to the physical attributes of the material.

Twisted Concrete Bench is designed for indoor and outdoor spaces, the bench’s two straight ends are contrasted by a ‘Twist’, which also creates the support from one side, guides the form, and provides smooth seating for up to three, forming it into Fluid Furniture piece, expressing a sense of movement and softer lines. 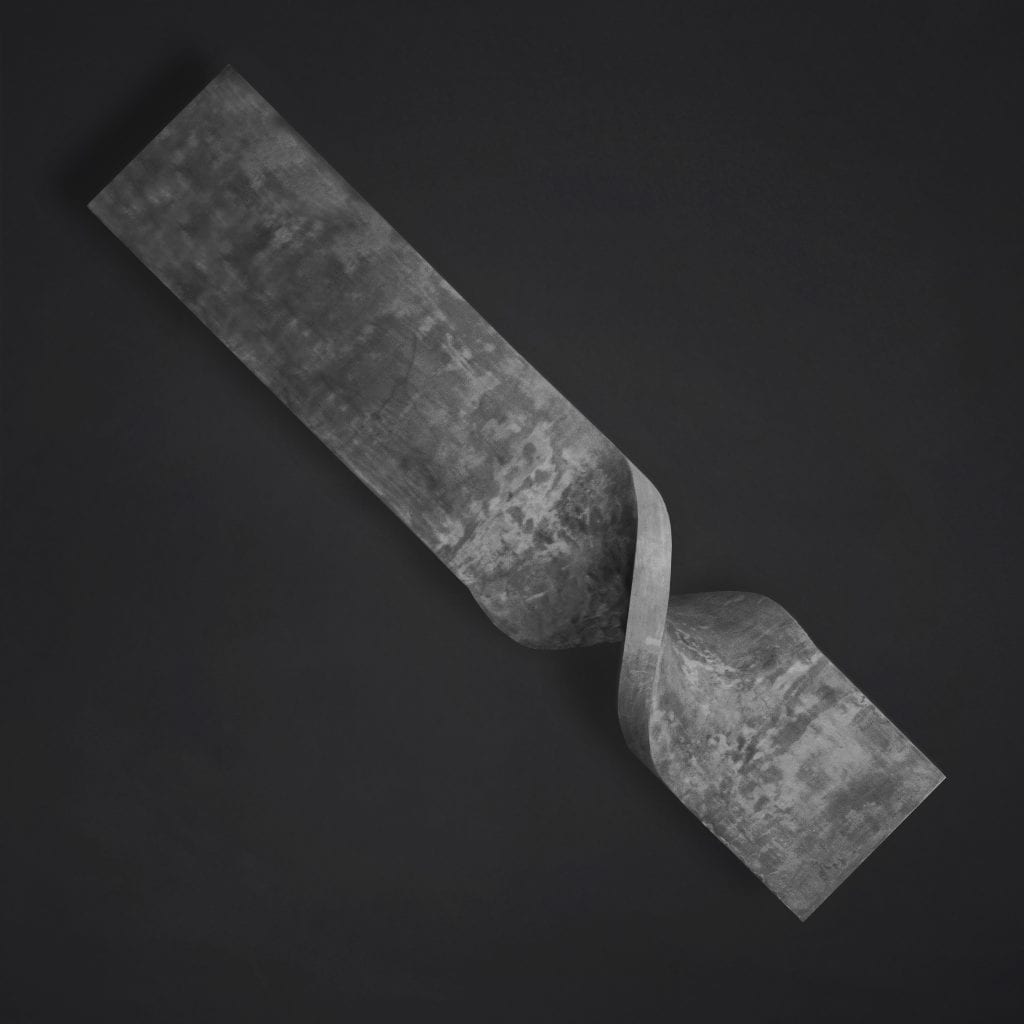 “I found the material very interesting,” says Badih Rameh, the designer of this innovative form.

“The exploration that leads to this form was as a result of my search for a new form of legs as support,” he says.

“I wanted to explore the possibilities of creating steel legs and so I created a leg that comes from the shape itself. Two straight lines with the twist in the centre which becomes the legs or the support for the furniture, making it seem like a fluid piece of furniture with the soft twist in between.” 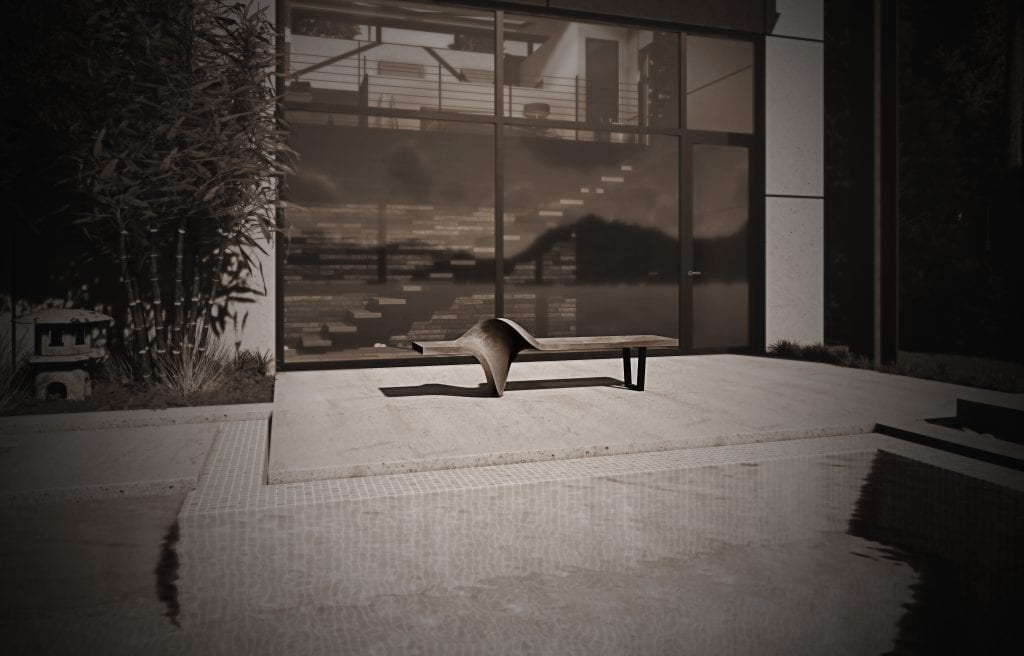 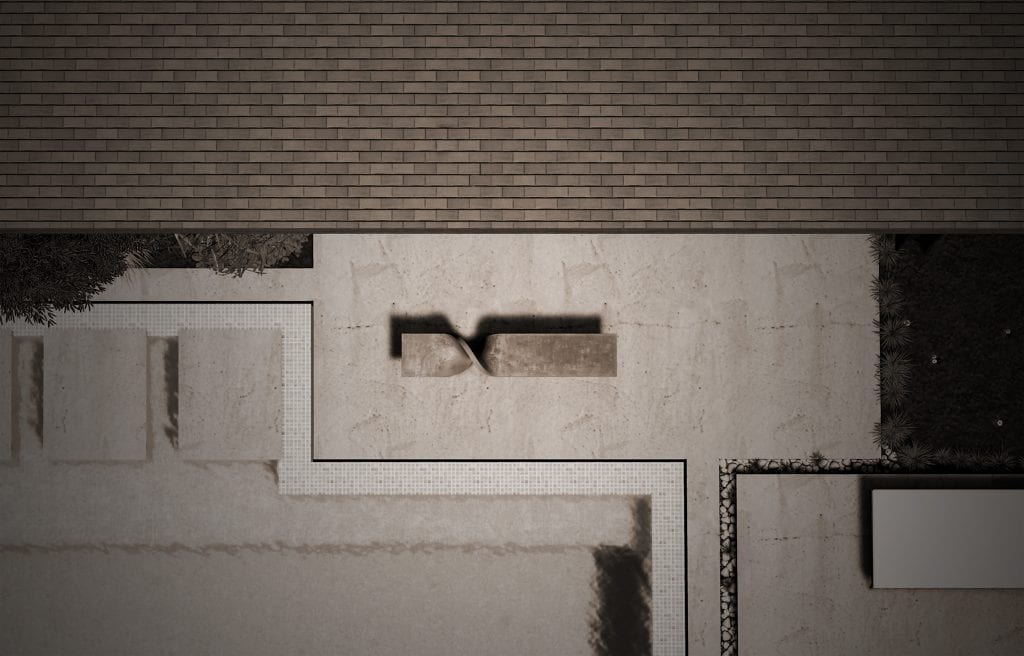 The challenge in this project, according to Badih,  was how to create the mould, especially for the twisting part, “which was achieved, using a 3-dimensional modelling programme, Rhinoceros, to split the mould into two, and CNC-machine to cut out the plywood pieces that would then become the mould for the concrete.”

Badih is an architect who wants to devote his time to product design because that gives him the flexibility to do what he aspires. “I really love to work with products. I have a team and we love to explore materials. In large projects, you only get to sketch and the projects might not even get to reality while when dealing with products, you can touch and feel the material you are working with.”

His earlier works are a testimony of how he thinks outside the box to achieve extraordinary results. “I have used oil tanks and placed them in places where they can be enjoyed,” he says of his earlier project which was on display at the Dubai Design Week. 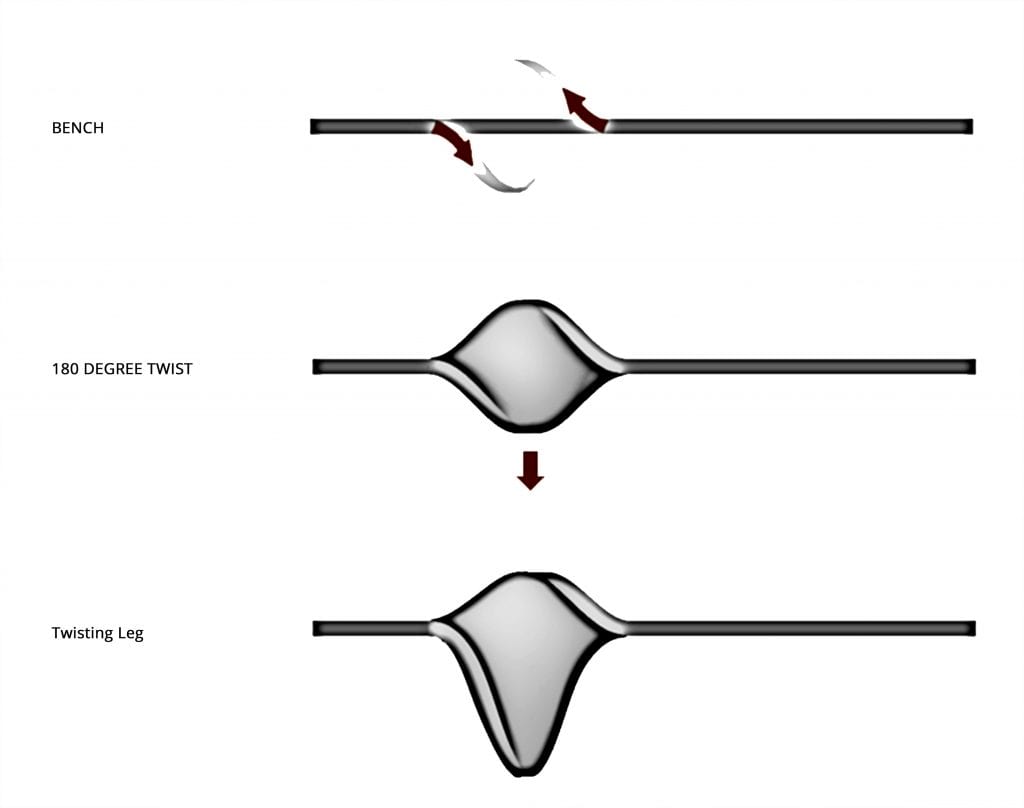 “I have personally sold two benches to be placed near a pool. One has been used in the UK and one in Lebanon.”

“I am producing new versions of the bench, making it larger and longer as people have been asking me why it can only be used by three people at a time. I am also working on different versions of concrete by using lighter aggregate and also by using glass as the reinforcement,” says Badih of the innovations that we will have to look forward to. 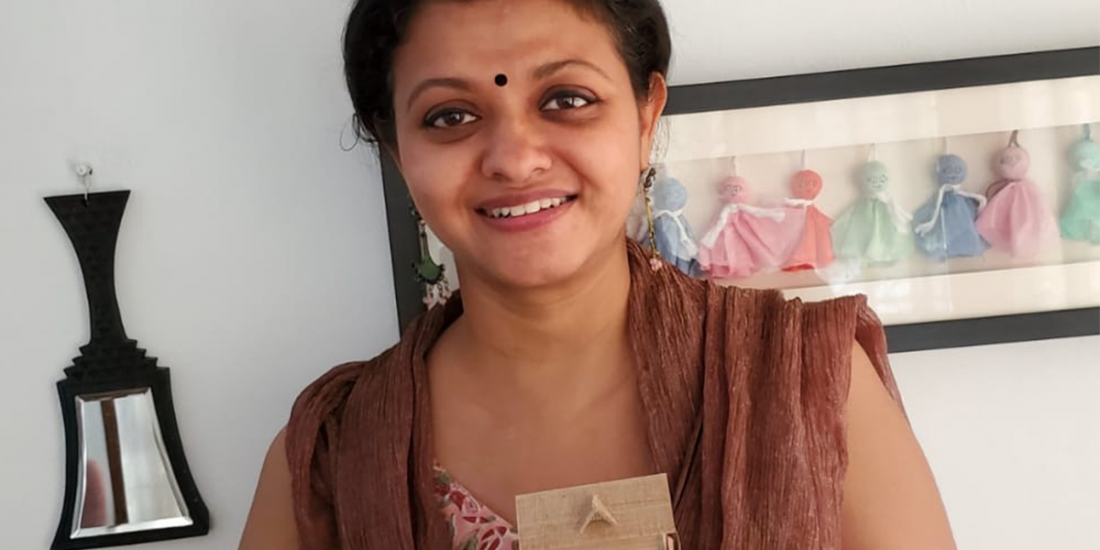