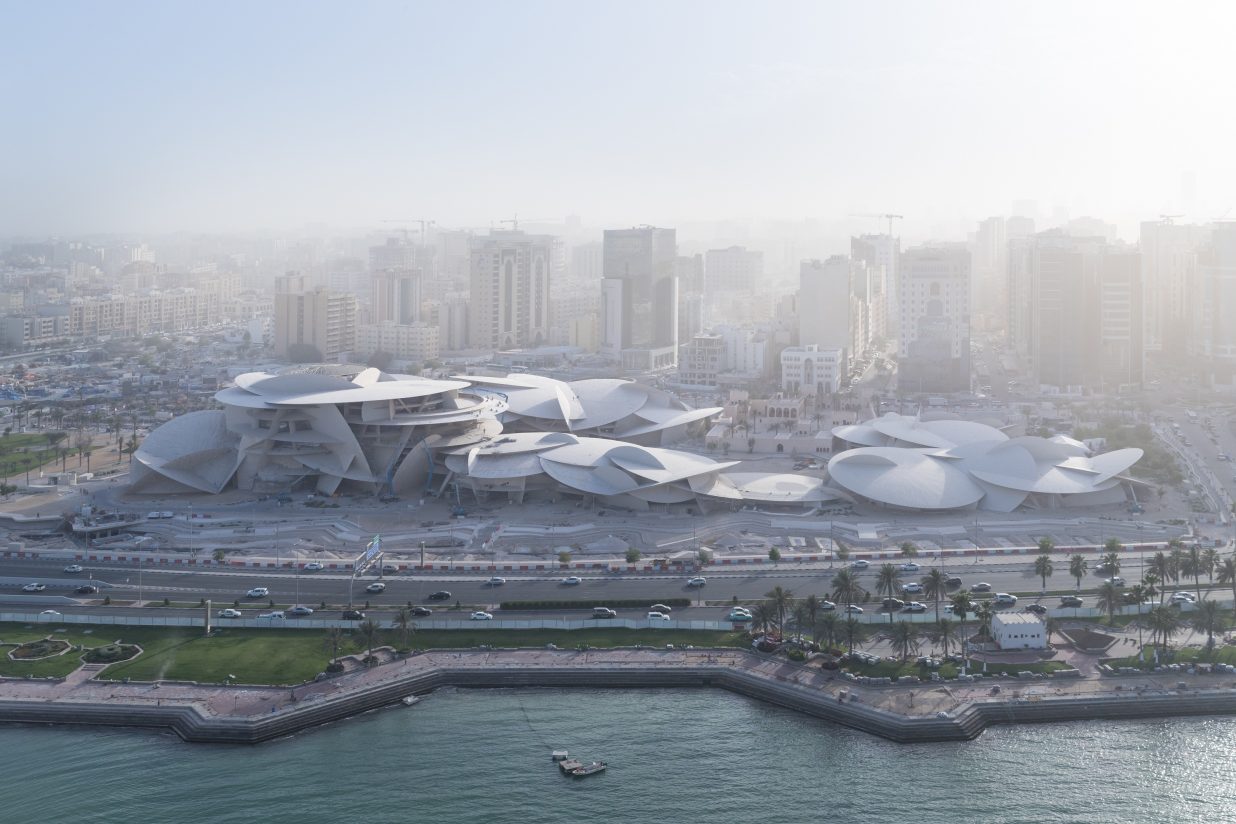 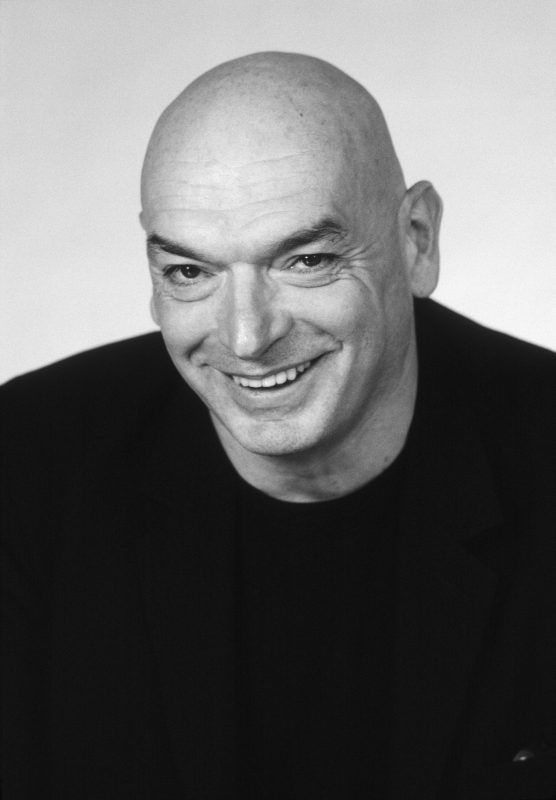 “Taking the desert rose as a starting point turned out to be a very progressive, not to say utopian, idea.”

Designed by Pritzker Prize-winning architect Jean Nouvel, the National Museum of Qatar tells the story of the country’s heritage and culture through commissioned films and artworks, storytelling, artifacts, and music, combining wide-ranging scholarship with the voices of the people of Qatar. The National Museum is organized as a thematic and chronological sequence of galleries, which take the visitor on a 1.5-km (9-mile) journey through immersive, multisensory experiences. The new building is based on the form of the desert rose, composed of large interlocking disks of different diameters and curvatures that surround the restored historic Palace of Sheikh Abdullah bin Jassim Al Thani (1880-1957), son of the founder of modern Qatar.

SCALE had interviewed the French architect, during the launch of the Museum when he took us around the museum and said, “The desert rose is surprisingly complex and poetic. Taking the desert rose as a starting point turned out to be a very progressive, not to say utopian, idea. I say ‘utopian’ because, to construct a building 350 meters long, with its great big inward-curving disks, and its intersections and cantilevered elements – all the things that conjure up a desert rose – we had to meet enormous technical challenges.” 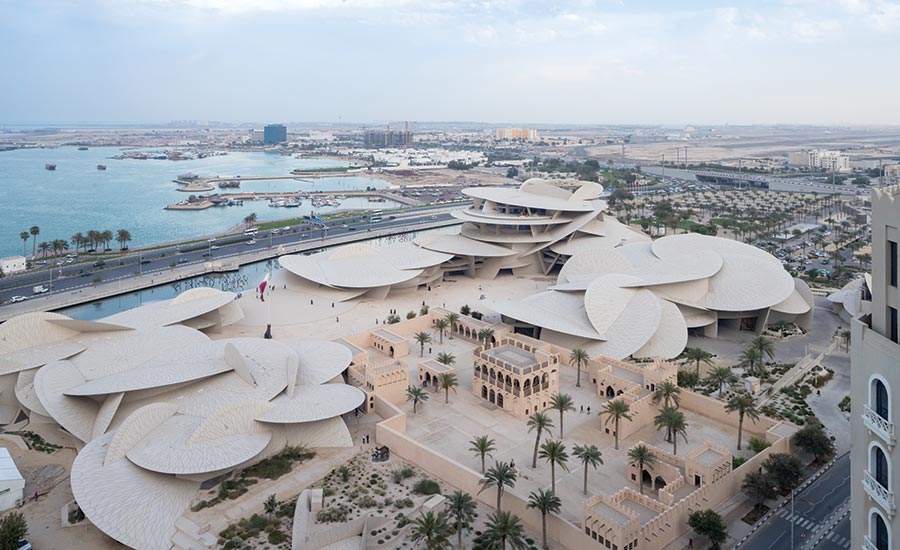 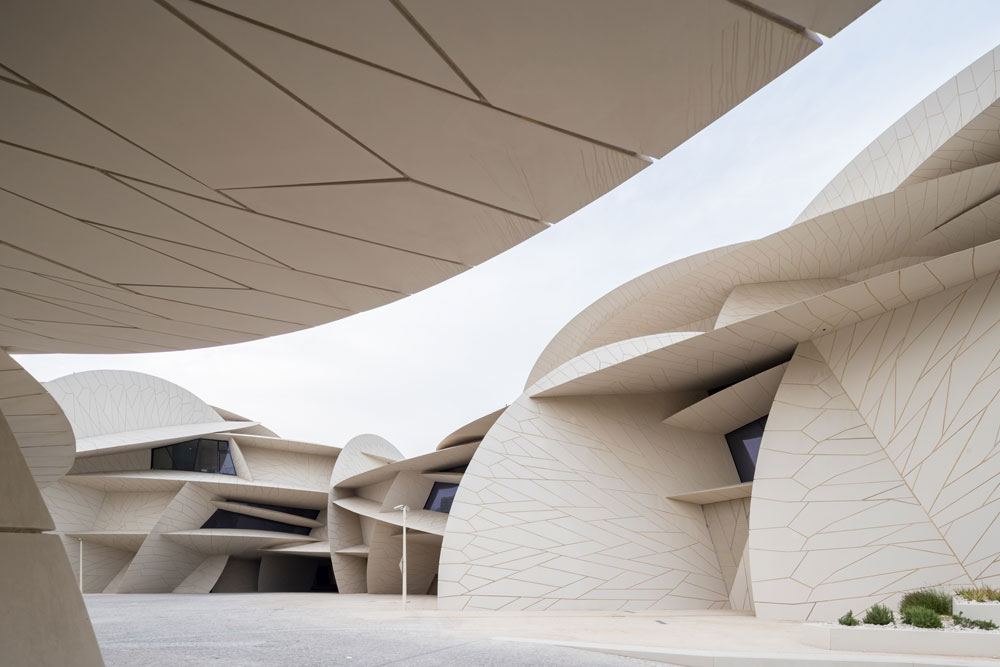 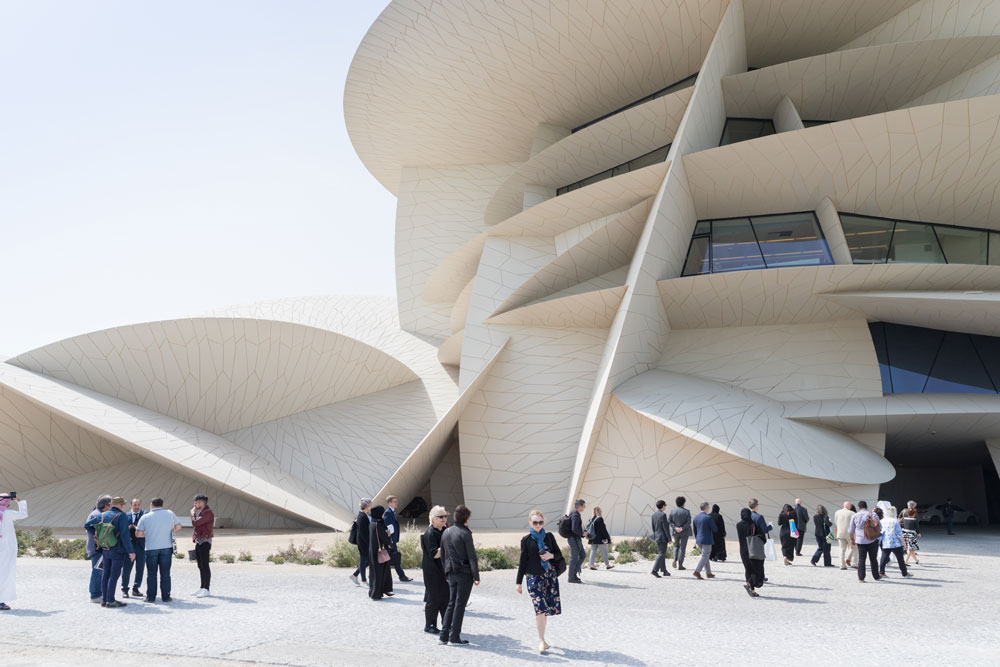 At one of the discussions later when a journalist asked Nouvel on the construction techniques involved, he replied, “Let that be a mystery,” echoing his love for mystery in architecture.

Nouvel says, “You have spaces that don’t exist anywhere else in the world since it’s the interlocking of all these disks that form the building, inside and out. The result is a construction made of geometric spaces.” 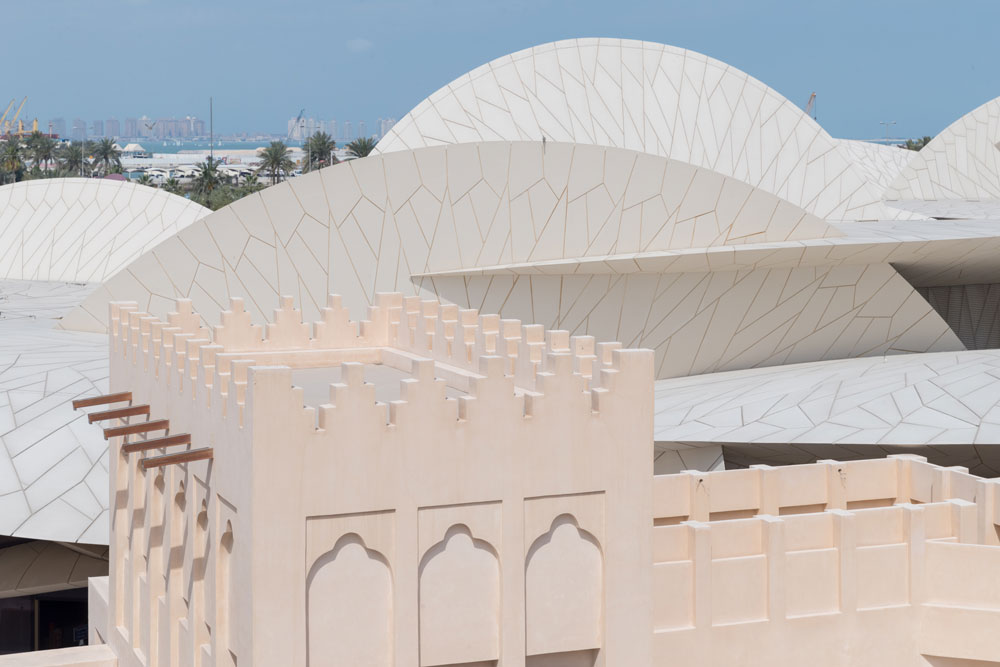 “I owe my love of things that aren’t quite vertical to one of my teachers and mentors, Claude Parent, with whom I worked a great deal. A number of floors are on an incline. You walk under them, you walk up, and you become aware that there are hardly any vertical lines anywhere. Looking more closely, you can find a few elements that appear to be vertical but, in reality, are not. You only get the impression they are because that’s the natural scheme of things,” he says.

The organic design and extraordinary craftsmanship of Nouvel’s architecture echo that of the museum shop where Japanese architect Koichi Takada communicates his vision of bringing nature back into architecture through a magnificent design of honey-hued timber curves inspired by Qatar’s Dahl Al Misfir (Cave of Light). 40,000 individual pieces of wood were assembled by hand, like a puzzle, by the Italian master carpenter, Claudio Devoto, and his team of artisans. The gift shop at the National Museum of Qatar offers a large collection of well-designed, exclusive gifts, many of which draw their inspiration from the history,

“We researched a lot to arrive at this structure within the Museum, “says Takada, when he was at the launch of the museum, “I love nature, and we look at nature to inspire. I don’t like buildings. I don’t like cities, there is too much concrete, glass, and steel.  Whenever we look for inspiration, we go back to nature and bring it back within buildings and in this case, we bought nature into the Museum.” 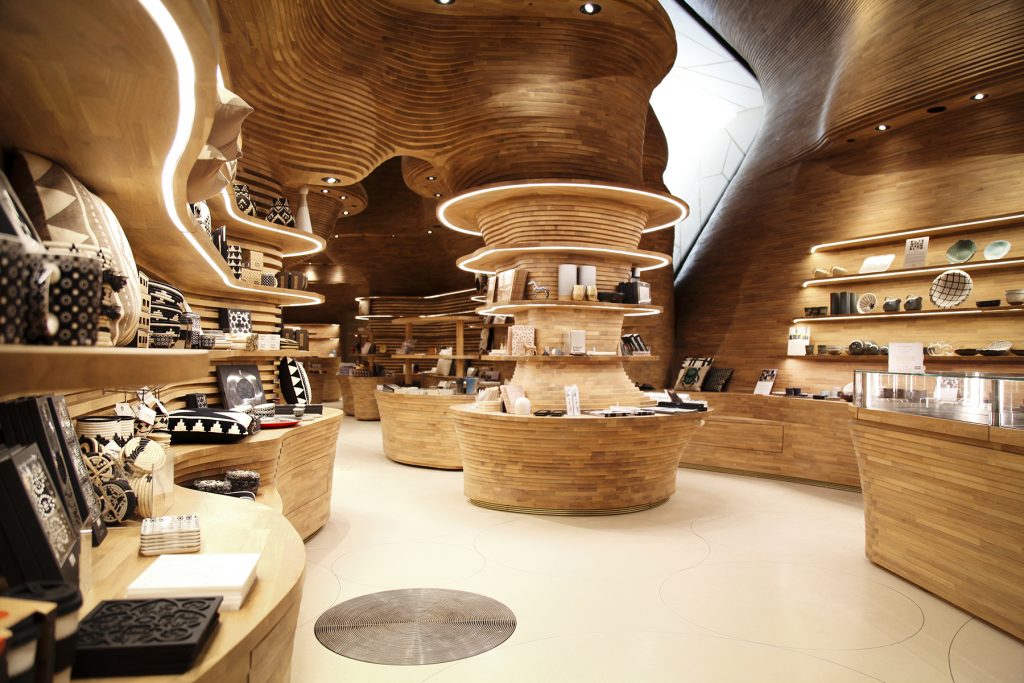 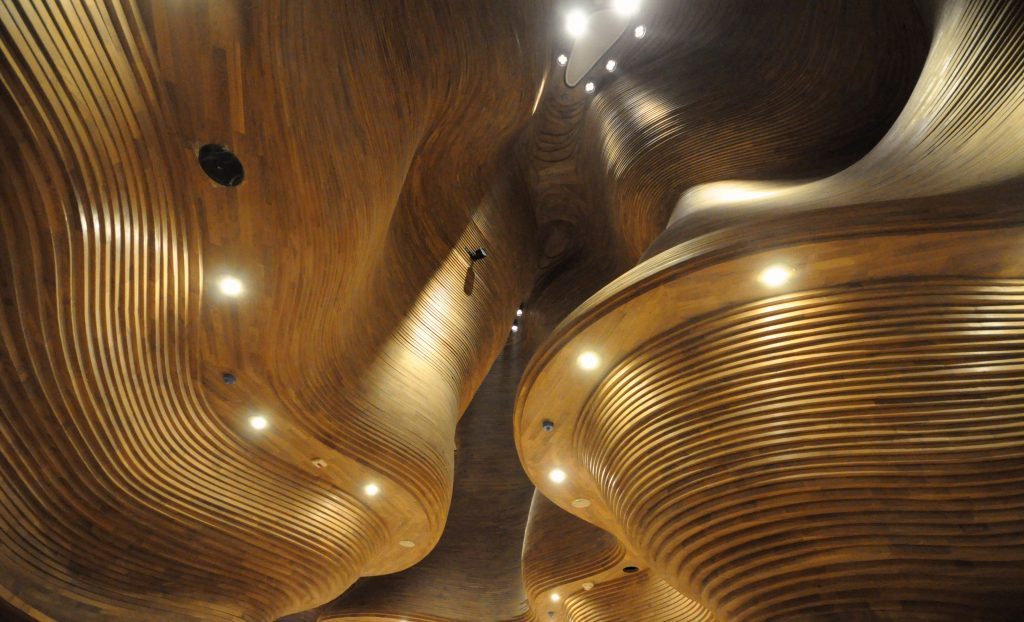 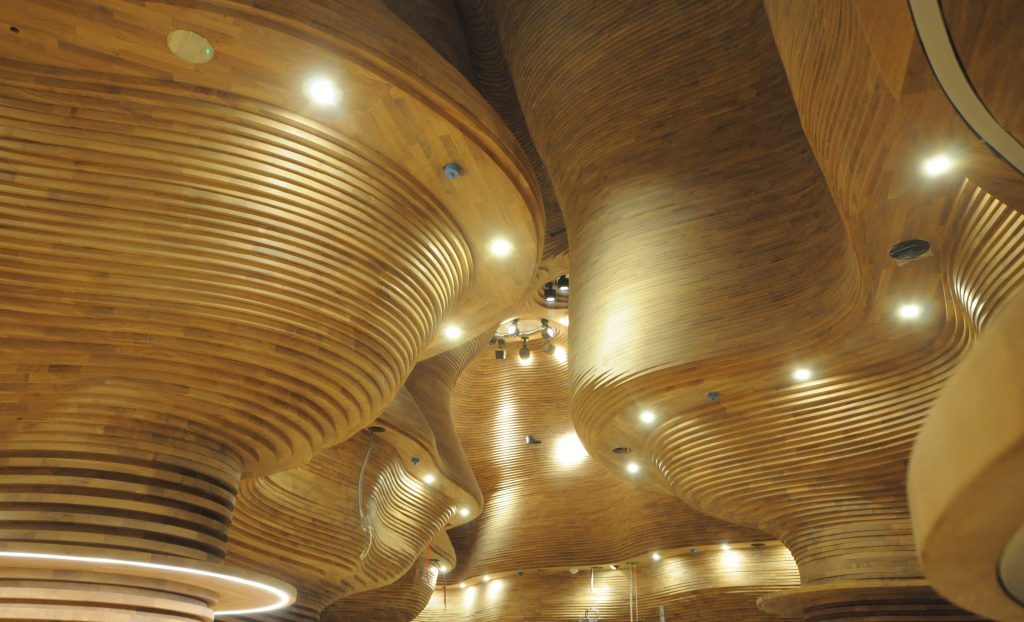 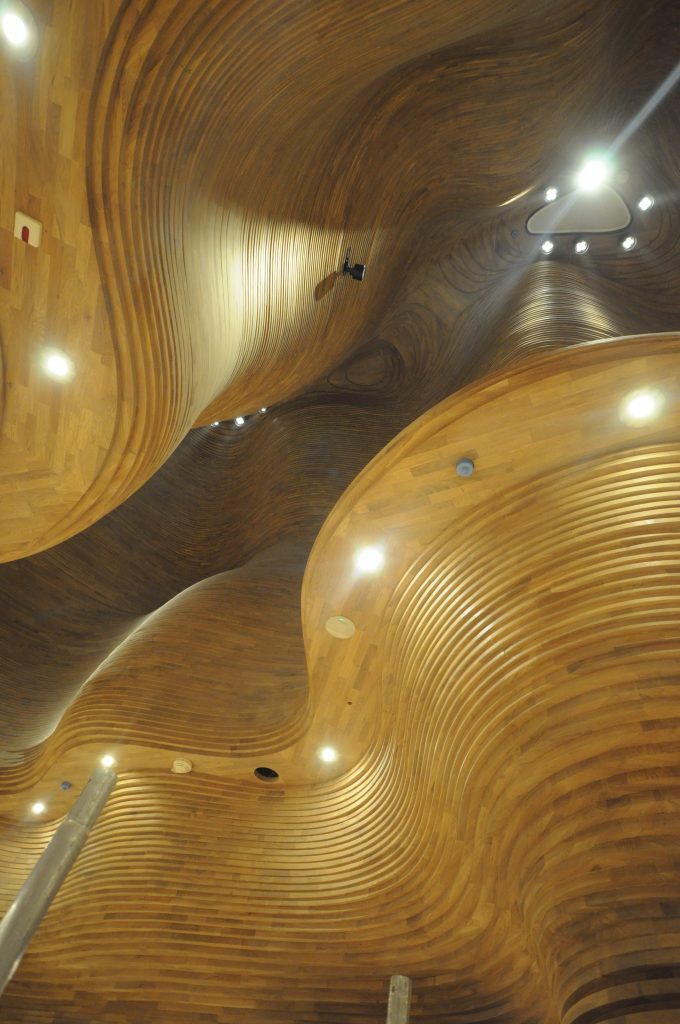 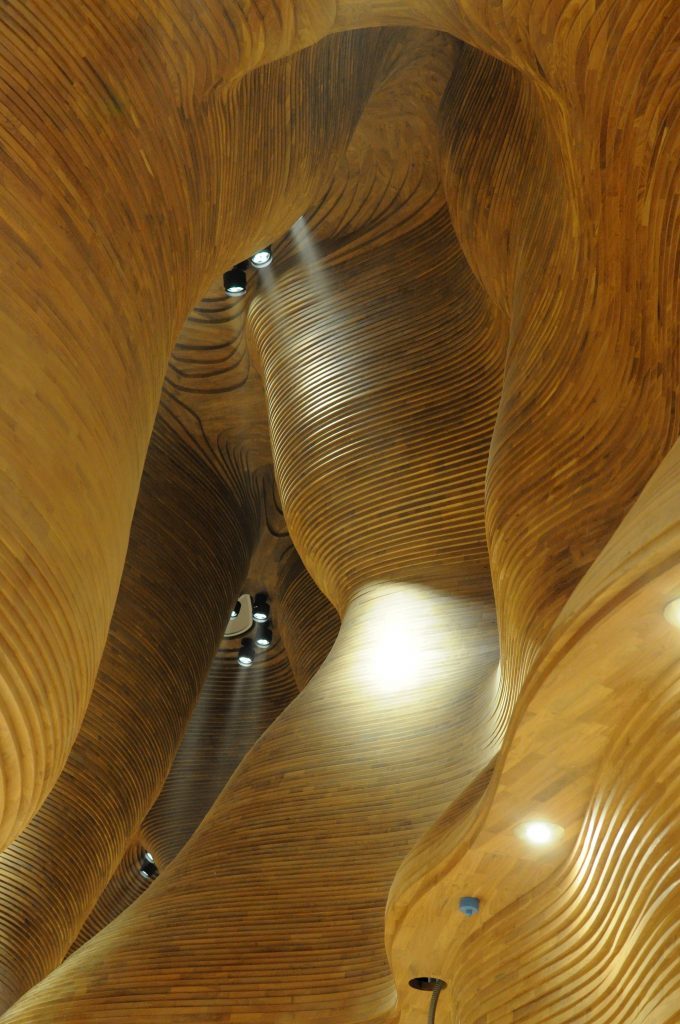 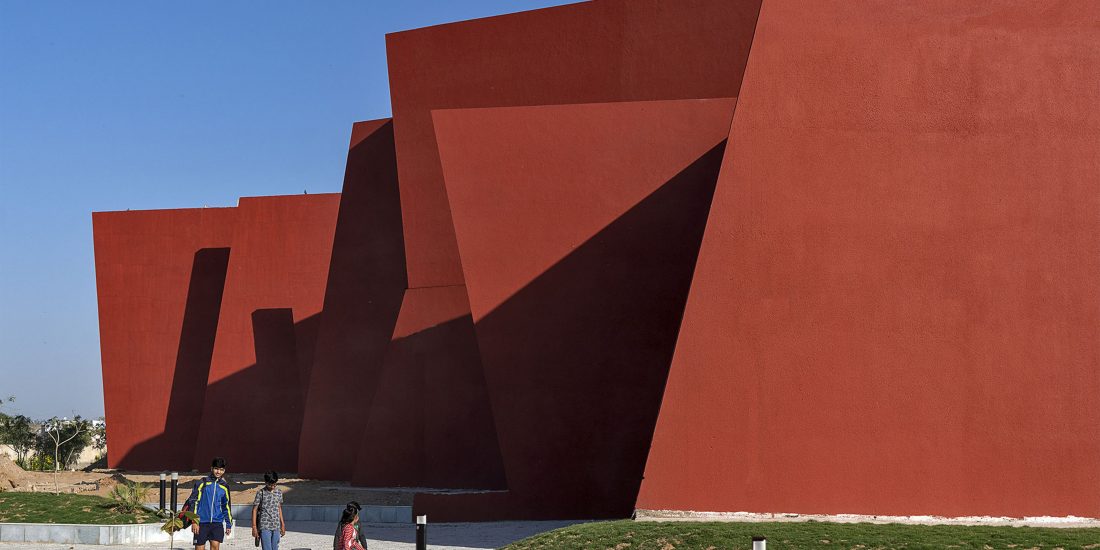 Angled courtyard, open spaces cut through with frames that add a sense of mystery giving way to 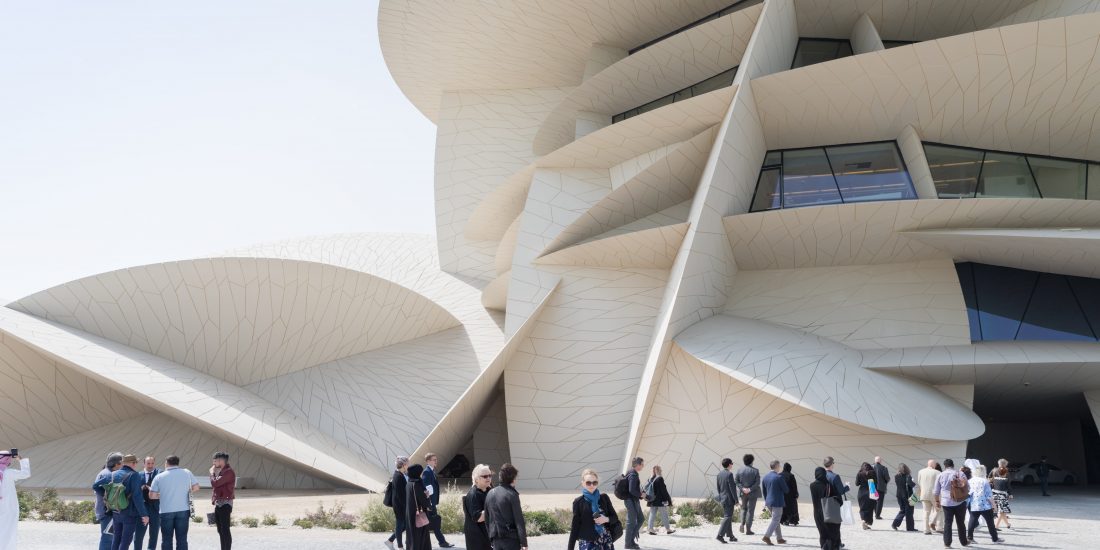 The National Museum to Reopen on Oct 1

The National Museum of Qatar (NMoQ) will reopen its permanent galleries on October 1, 2020, and unveil 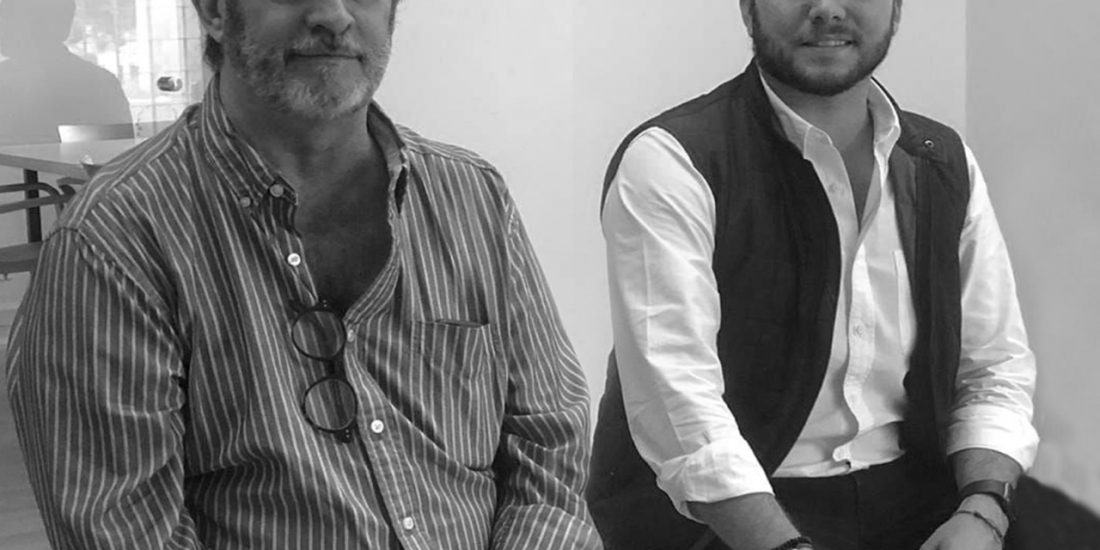 The Dimensions of Design

The ability to not repeating yourself as an architect is not easily gained; it’s a day-to-day effort,