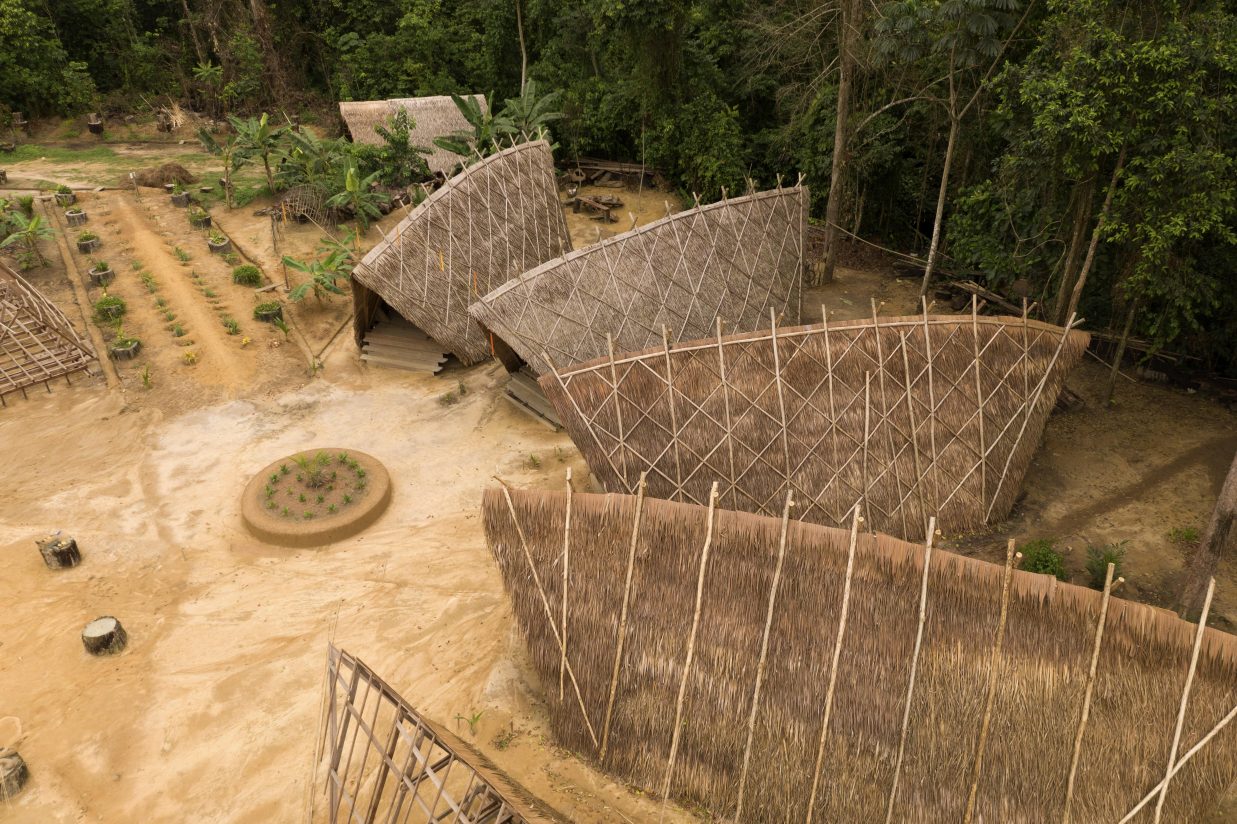 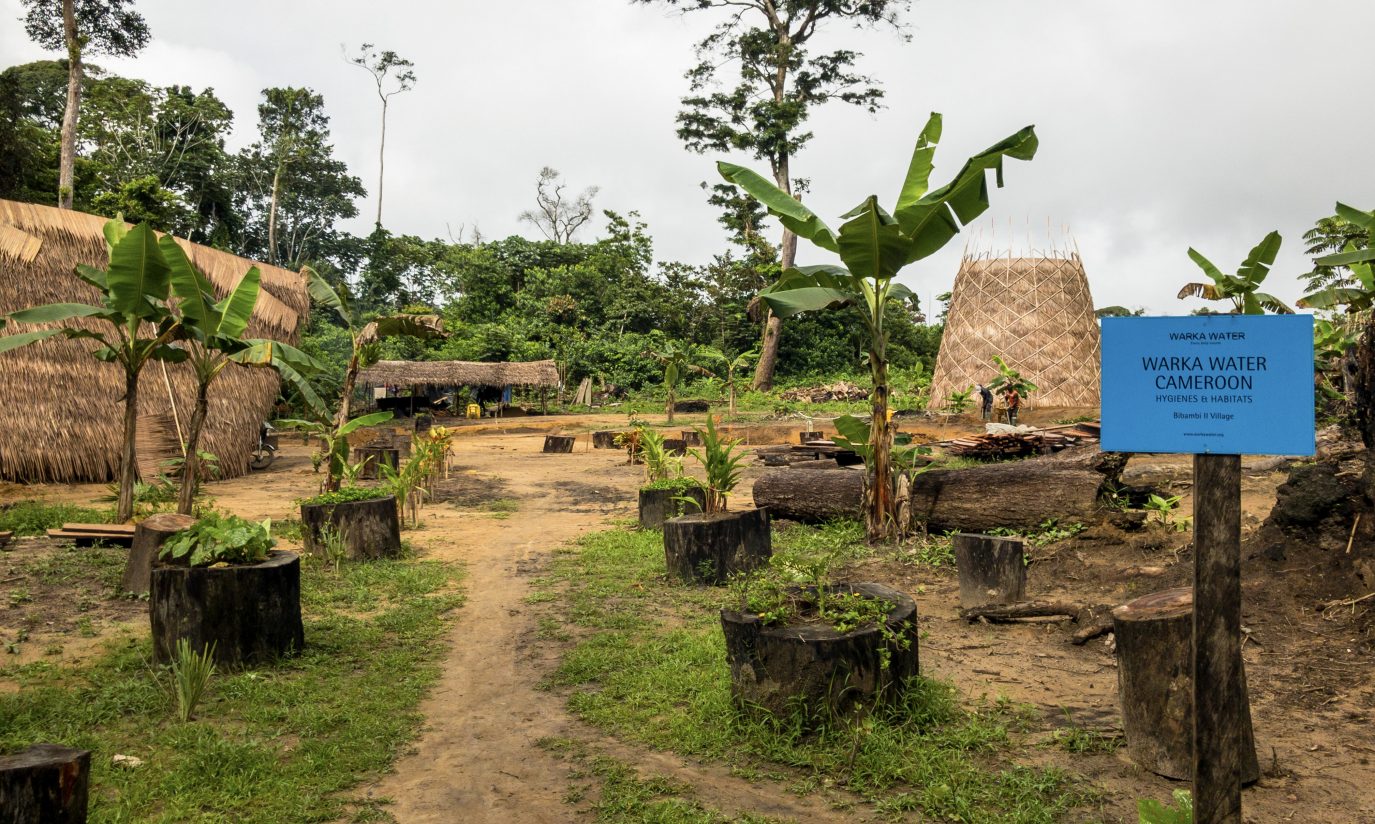 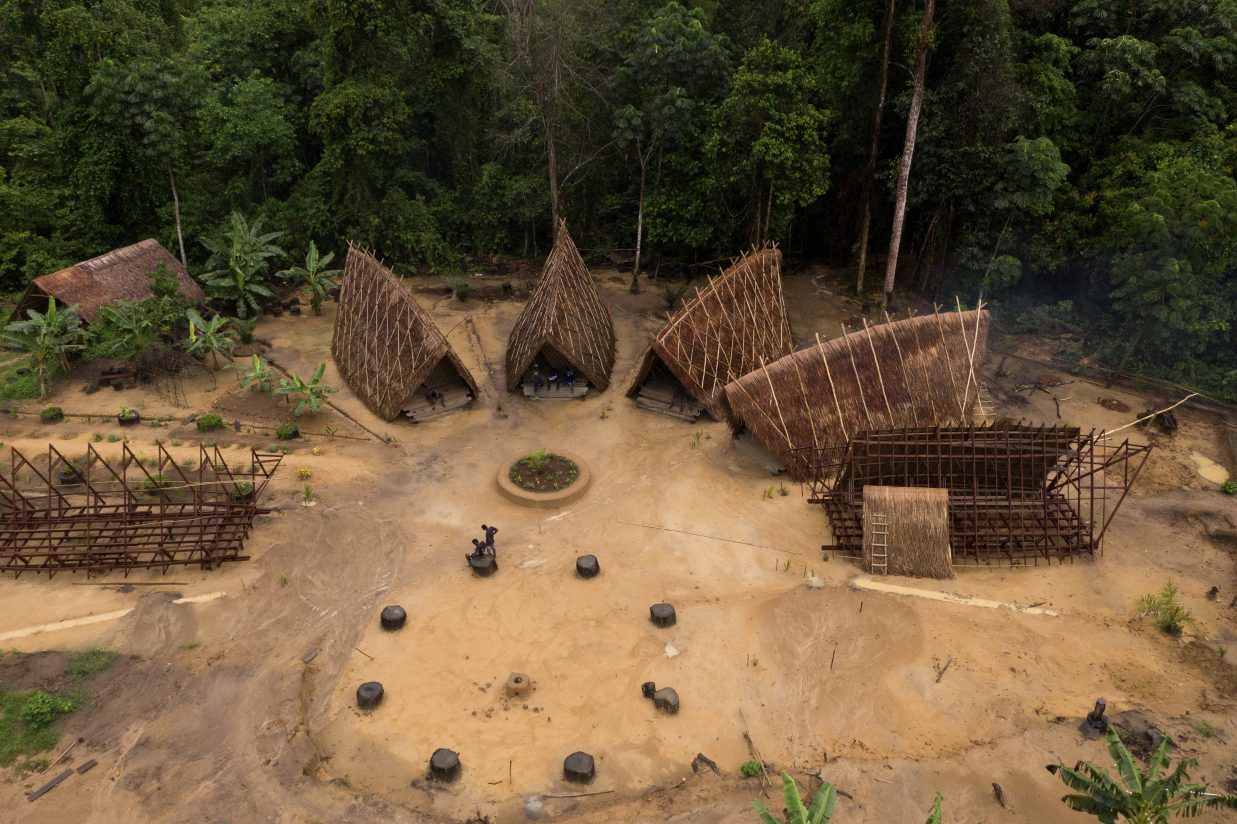 The birth of this project was from the lack of a basic need in remote rural locations like in northern Ethiopia. Warka Tower was the first initiative born out of this need and it is a vertical structure designed to collect/harvest potable water from air. It offers an alternative water source to rural populations that face challenges in accessing drinkable water. But the vision for this great initiative is far beyond accessibility to water, though that was the basis of the entire project. Warka Water intends to develop truly sustainable projects following the design model of the Warka Tower and using this to transform entire villages. 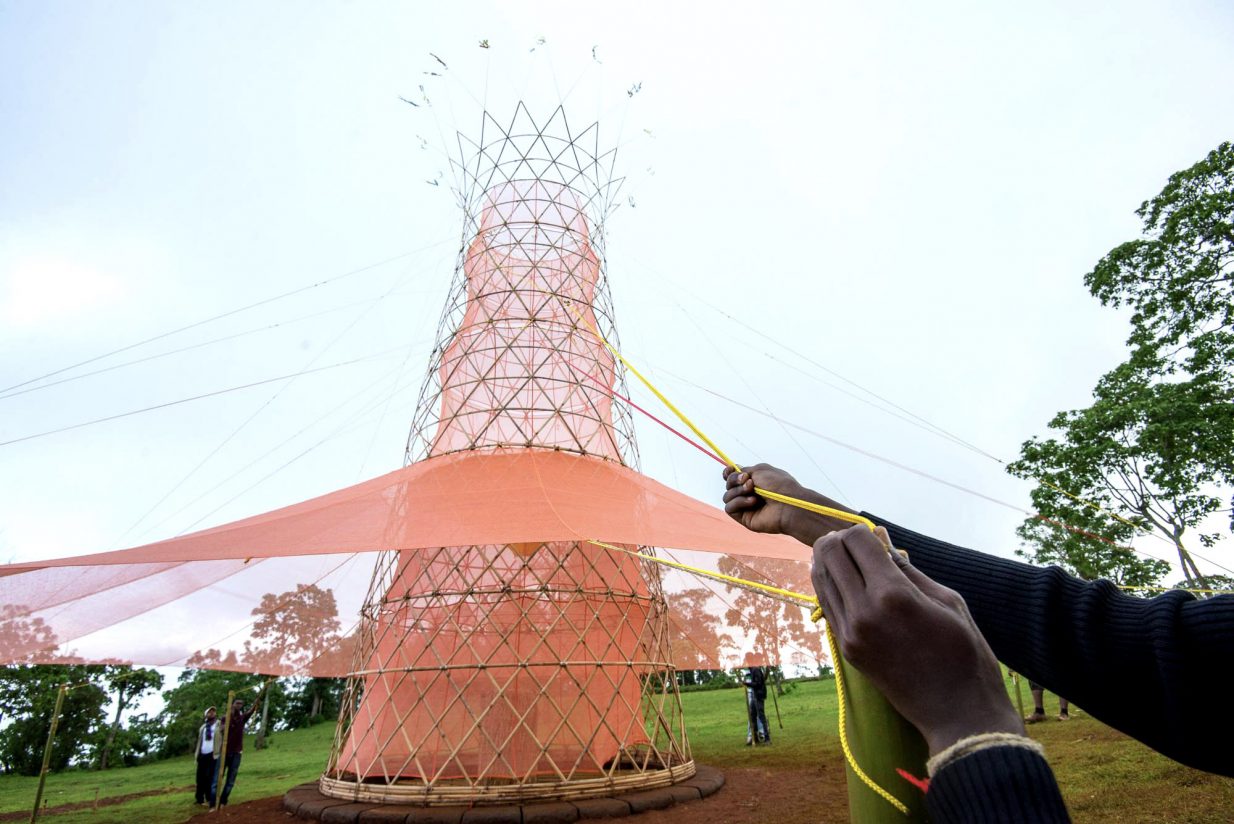 The initial design of the Warka Tower in Ethiopia in 2014.

“Warka Tower is the first project we began developing in Ethiopia in 2014. Early on we realized that above the water scarcity there were other urgent issues to be solved on those rural communities, this is why additional projects such as Warka Solar, Warka Garden, Warka Sanitation, Warka House, and Culture a Porter have been developed,” explains Arturo Vittori, the man behind this social design initiative.

The name of the project ‘Warka’ comes from the Warka Tree, which is a giant, wild fig tree native to Ethiopia. Like the tree, the Warka Tower serves as an important cornerstone for the local community, becoming part of the local culture and ecosystem by providing its fruits, shade, and offering a gathering place.

“Warka Tower is based on an in-depth study of local culture, first rediscovering it, and then using traditional techniques that make use of local natural materials, fused with cutting-edge technology. Throughout the construction process, the community is actively involved in every action. One of the aims of the project is to create an opportunity for collaboration and exchange between architects, workers, and the local ethnic groups. The community is also involved from the point of view of manual work, giving them the opportunity to learn new construction techniques. The construction of the various structures of the village is not only a sustainable work from the point of view of the materials or techniques used, but assumes also a social function, showing how architecture, especially in developing countries, can become an instrument of rebirth and cooperation,” explains Arturo.

RELATED  The House in the Woods 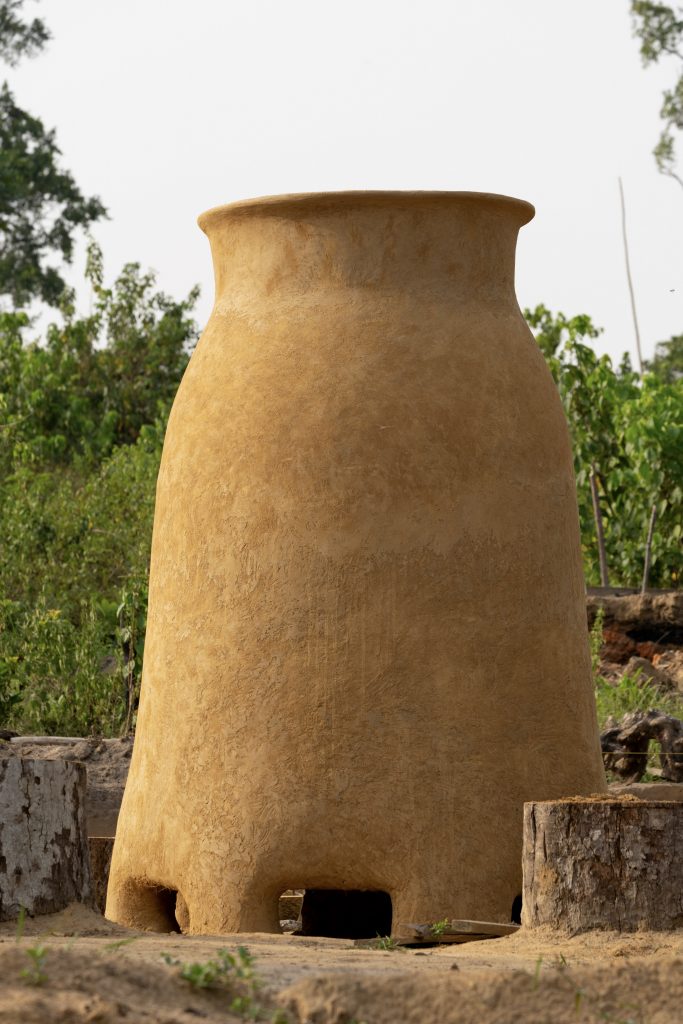 The later designs of Warka Tower. 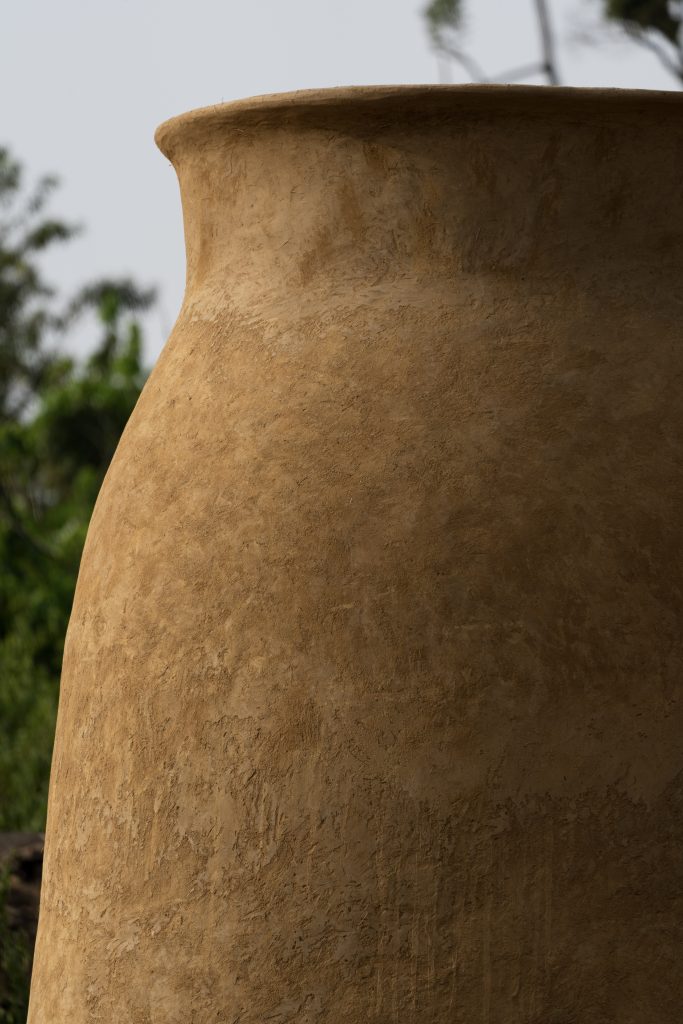 This mission was the result of Arturo’s visit, in May 2012, to northern Ethiopia. “Here I witnessed for the first time the dramatic reality of children and women traveling for long distances to transport water, which is often not drinkable, polluted, and shared with animals. In this area, the problem of water scarcity is a scary reality with only a small part of the population has access to drinking water.”This aroused Arturo’s design and social instincts and that’s when the Warka Water concept started. “Initially, Warka Water was a research project developed by my design office and it was self-financed. Before that, with my design practice, I have been involved in several projects in different fields: Outer Space, Aerospace, Marine, and Terrestrial extreme environments. I learned a lot working in all these different contexts, designing a human settlement on Mars you have to make the most efficient use of the fundamental resources to support human existence, air, water, etc. This is true everywhere but it is especially difficult to guarantee in a place where accessing those elements is not easy.” 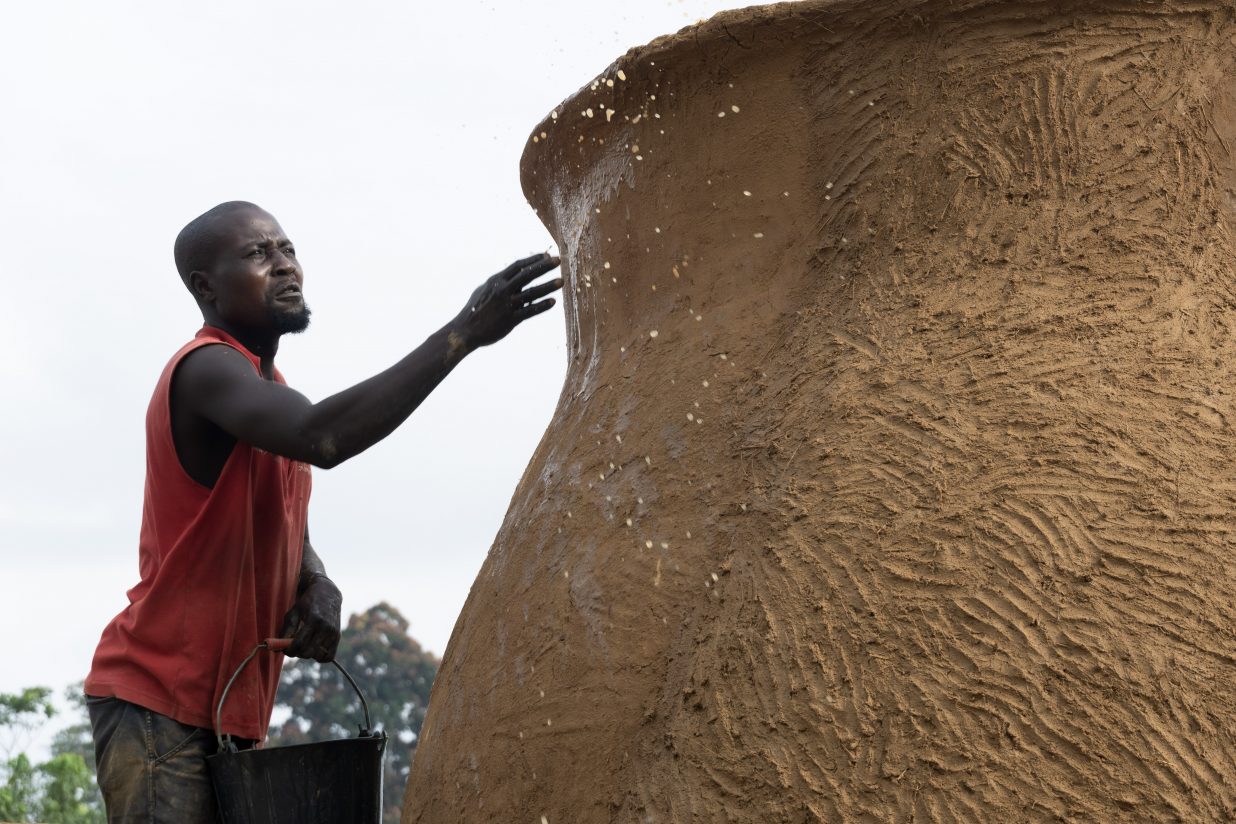 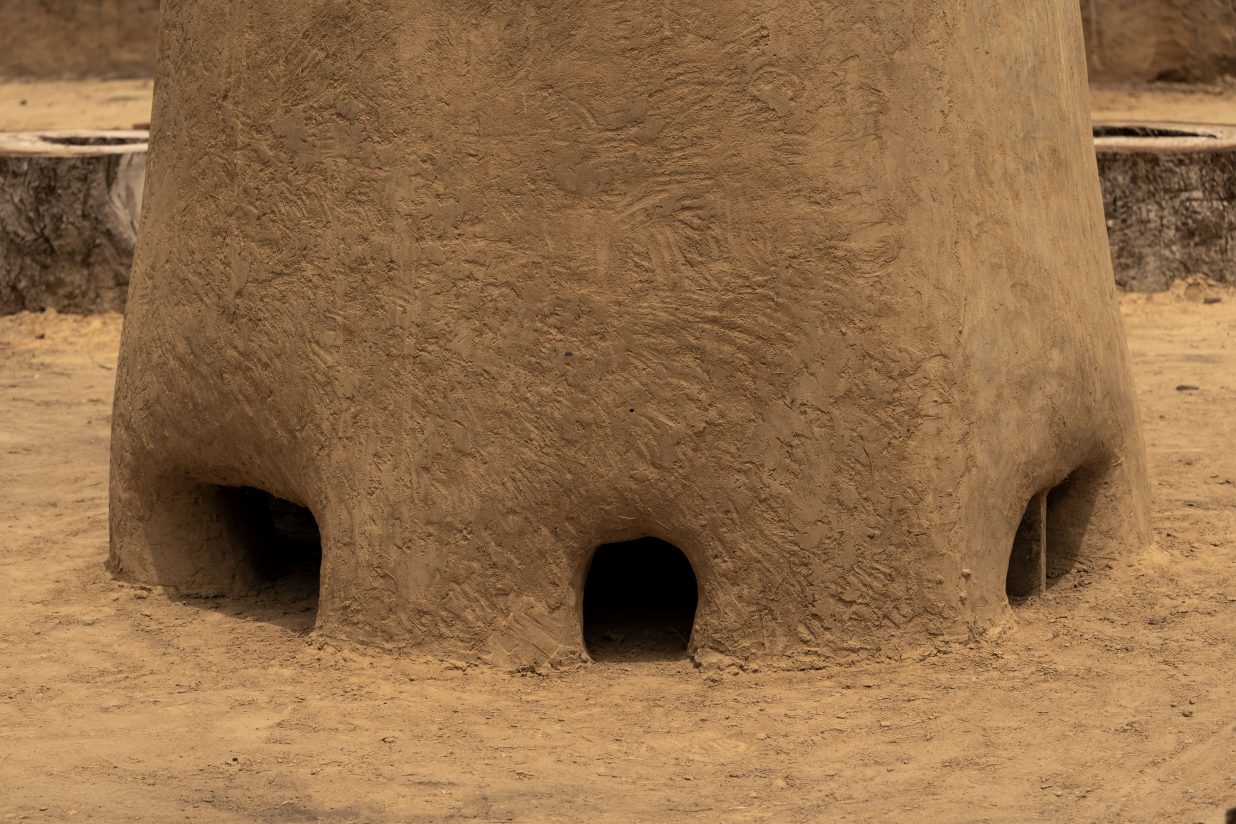 Later on, Arturo founded a non-profit, Warka Water Inc., officially constituted in 2016 in the United States.

First of all, the technique of harvesting water from the air, it is not something new, explains Arturo. 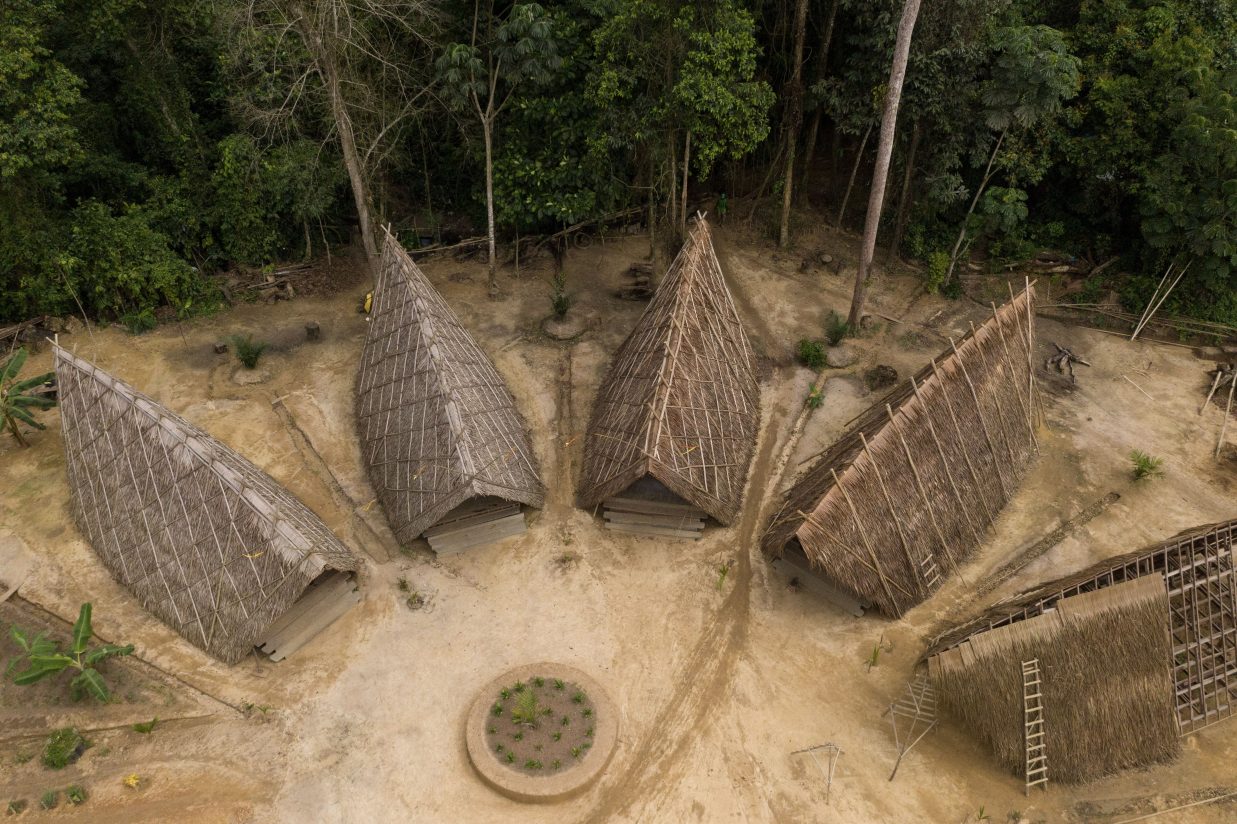 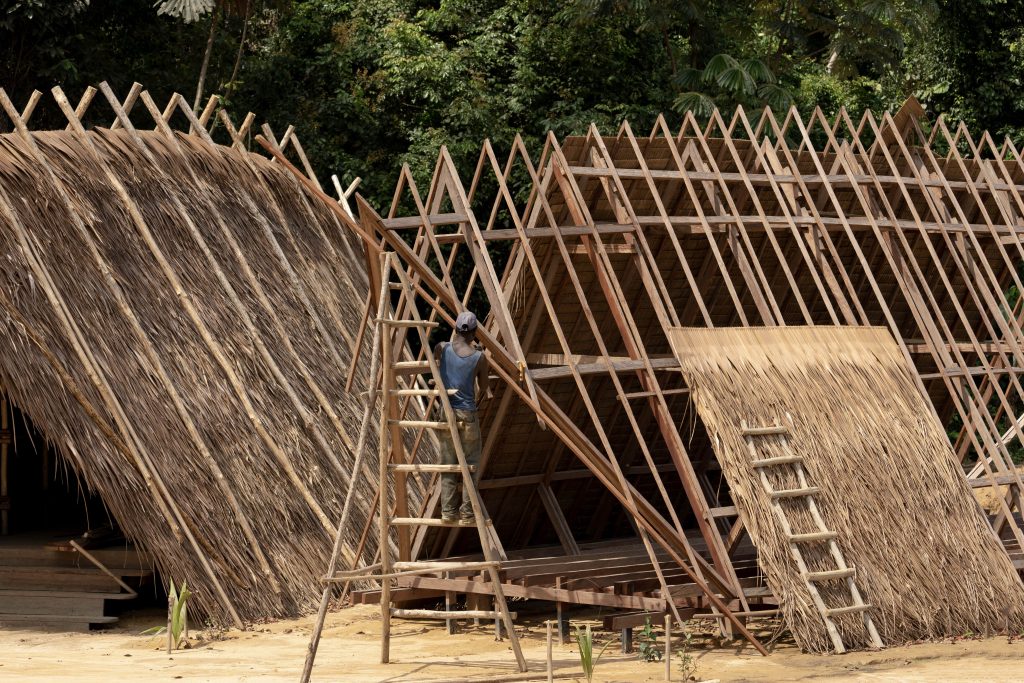 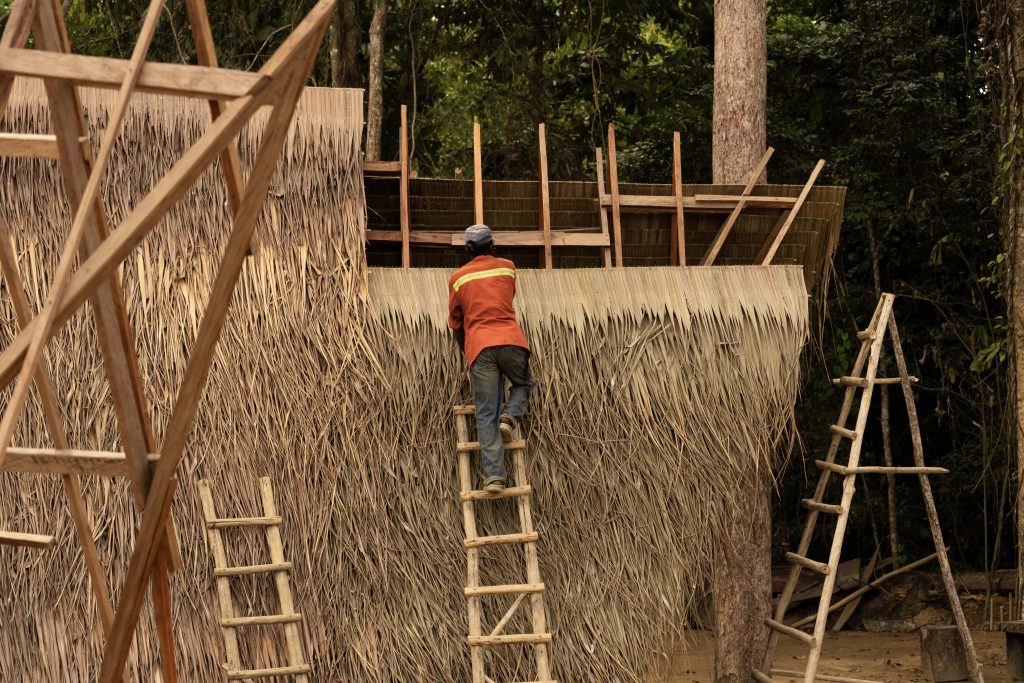 “Ancient cities were supported by water cached from the air. This precious know-how was forgotten with the introduction of alternative technologies. I did not invent something new, I rediscovered some of the passive technique that our predecessors have been using and implementing, integrating them with cutting-edge technologies such as parametric design software. I believe that more and more people will join this challenge and more finance will be available for research. Catching water from the air is a sustainable approach,” he says. 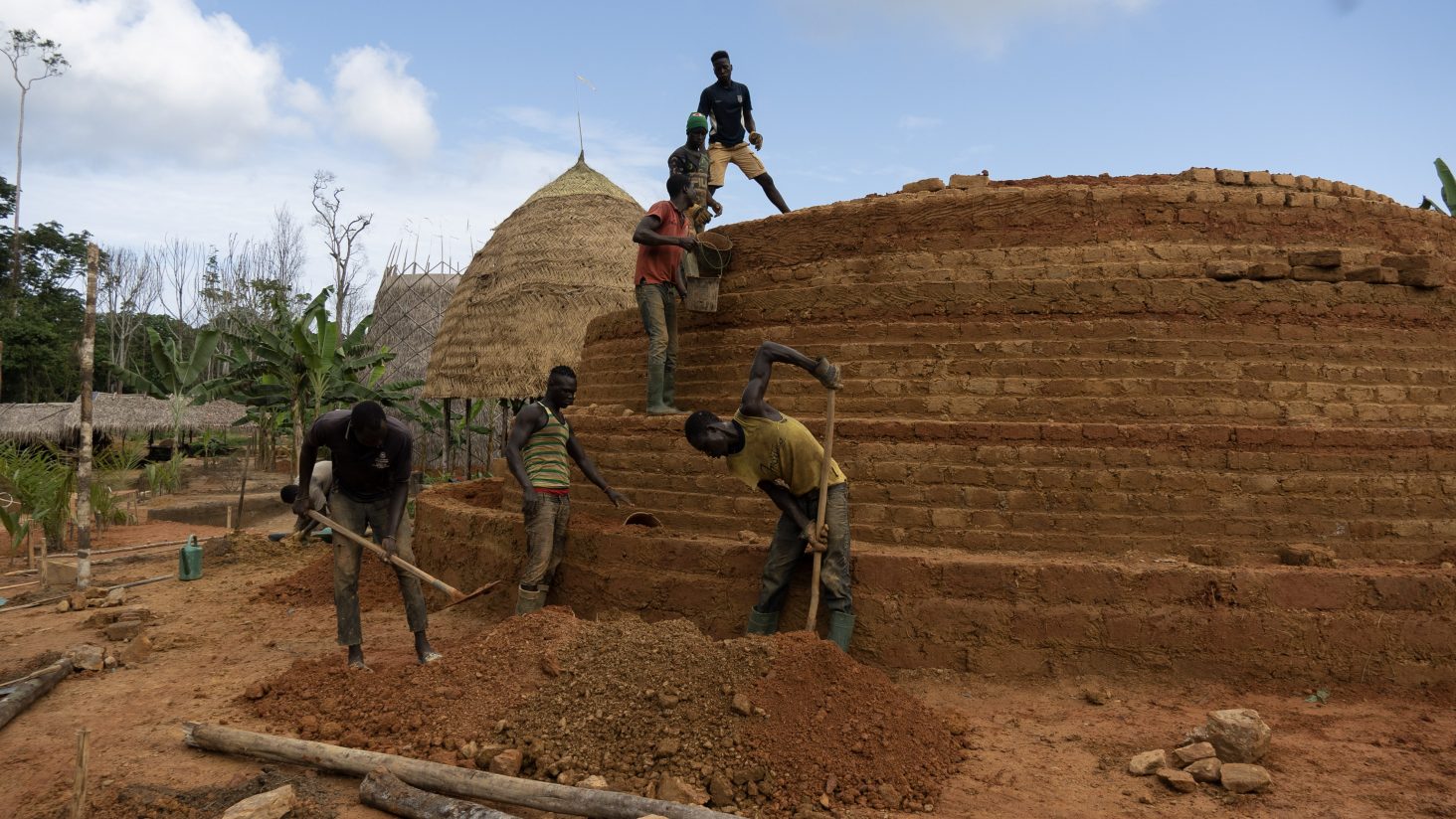 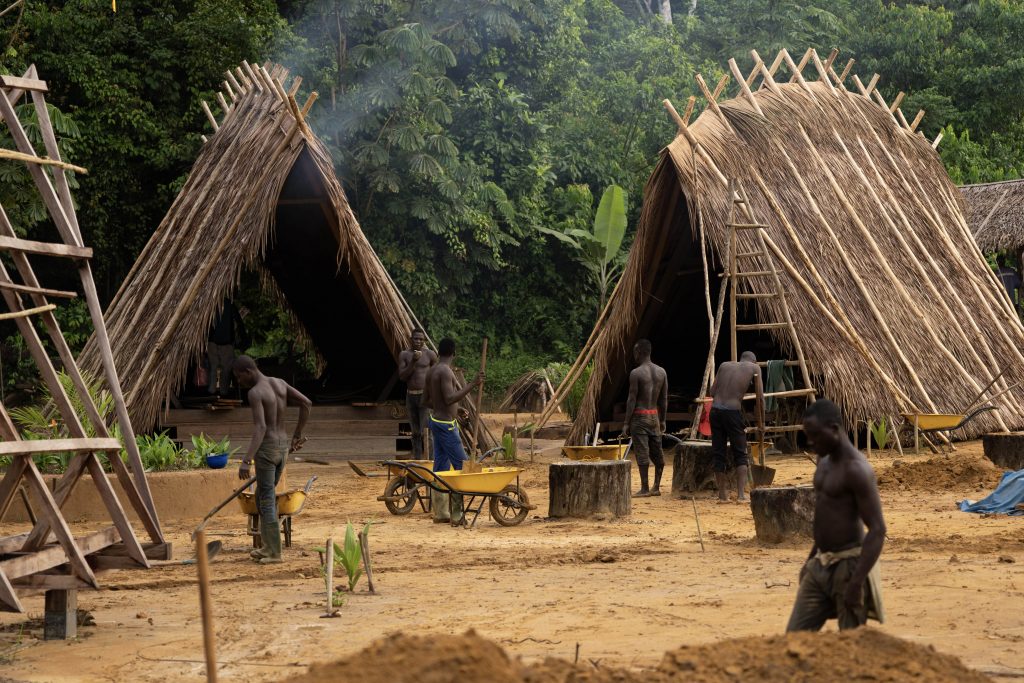 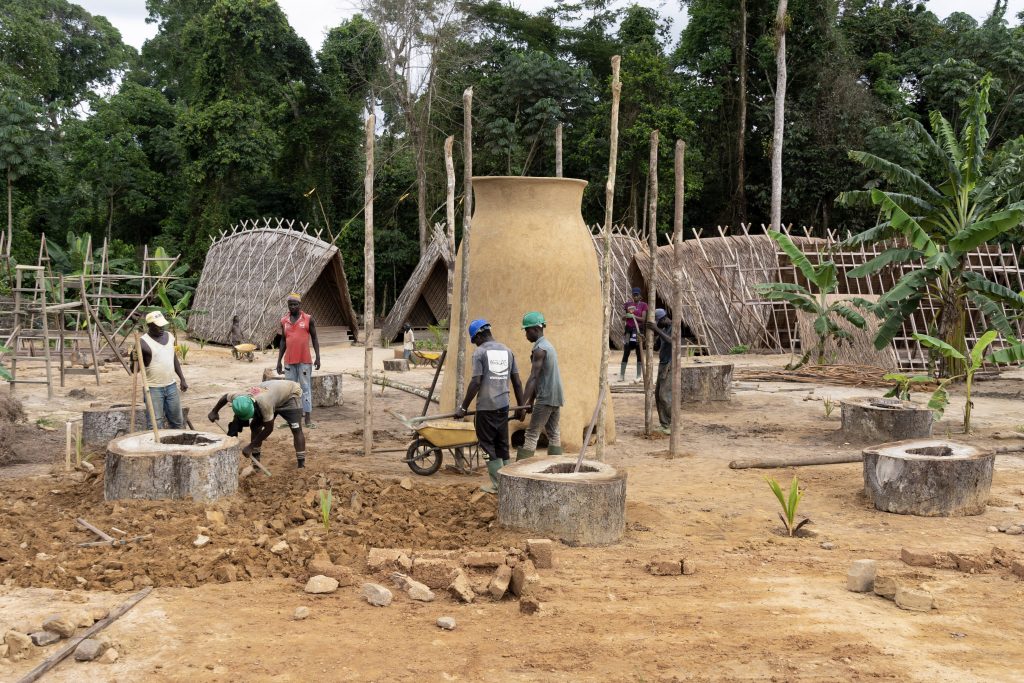 The success of this initiative is attributed to the local community’s engagement and Arturo says,” The local community must be engaged and integrated from the very beginning. This is not an easy task at all. They can also develop their knowledge, skills, and motivation, identify the common threads of problems that they experience in their lives, and work collectively to tackle these issues.” 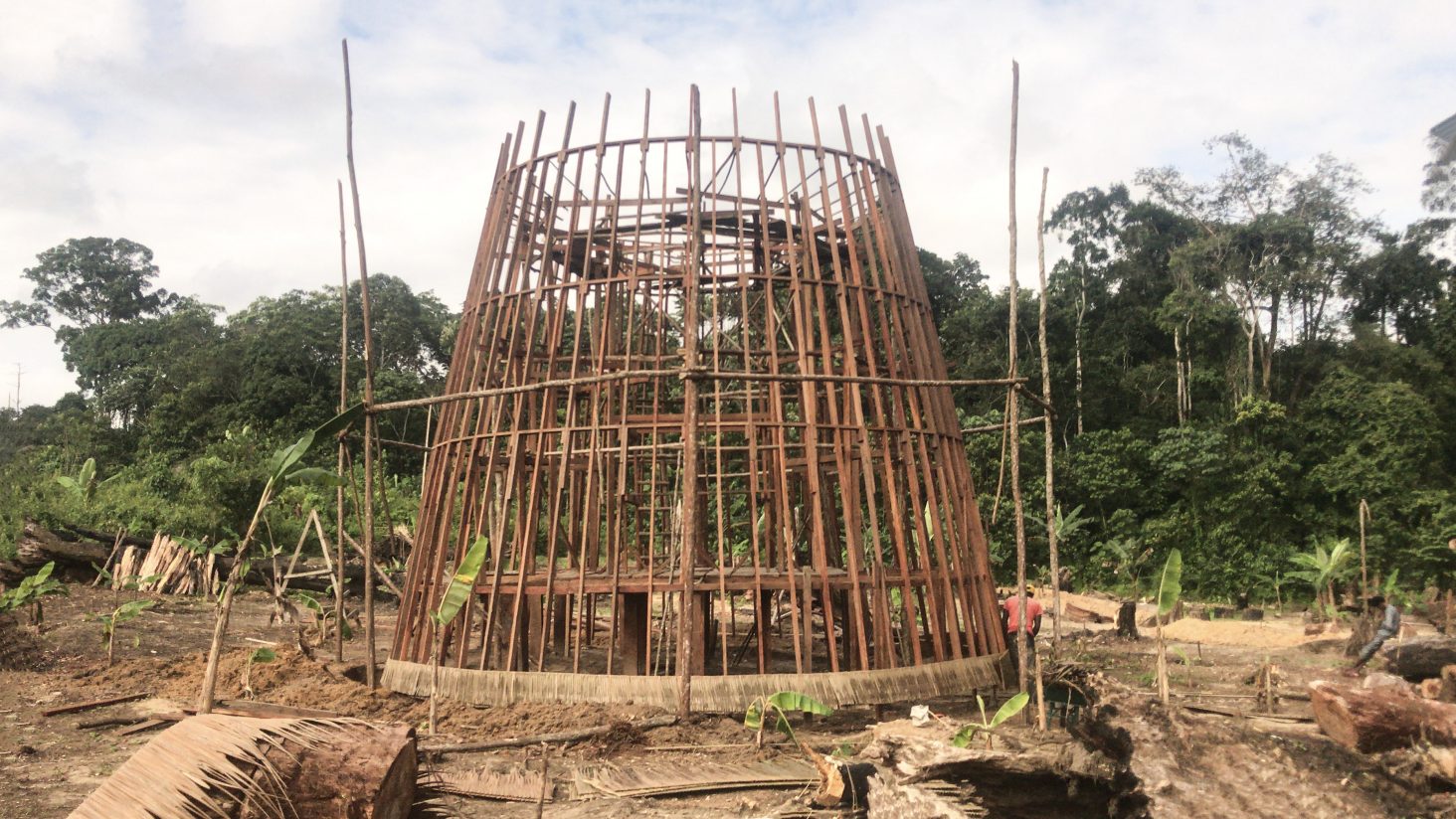 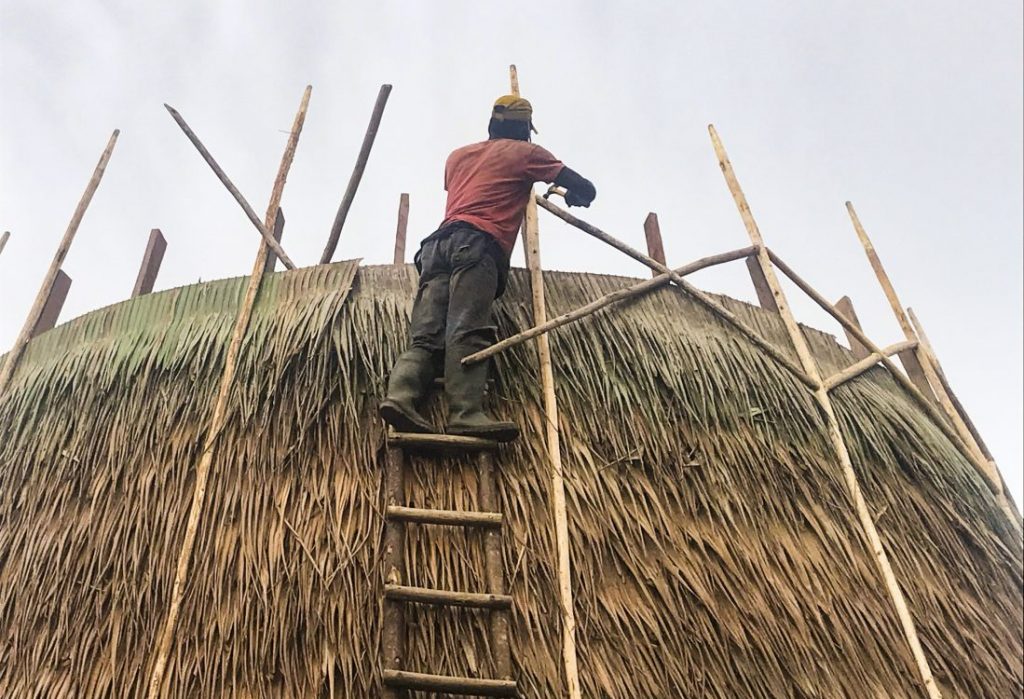 It has not been an easy task according to Arturo, with people not willing to believe that to harvest water from the air was an actual possibility. “By being an innovative project, the initial development has been very challenging, technically, and financially. We have been financing this project using crowdfunding. Only after the construction of the first functioning prototypes, the public trust has increased.” 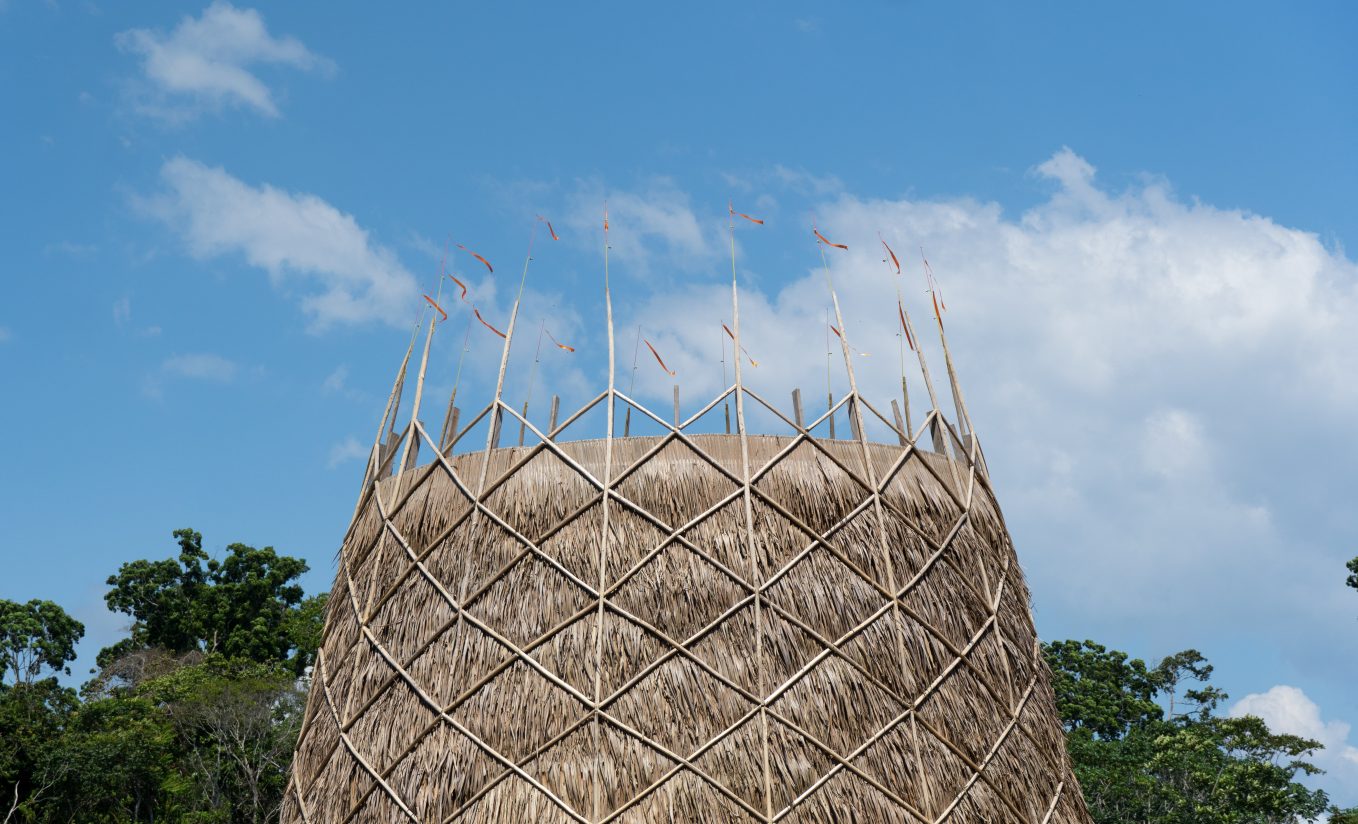 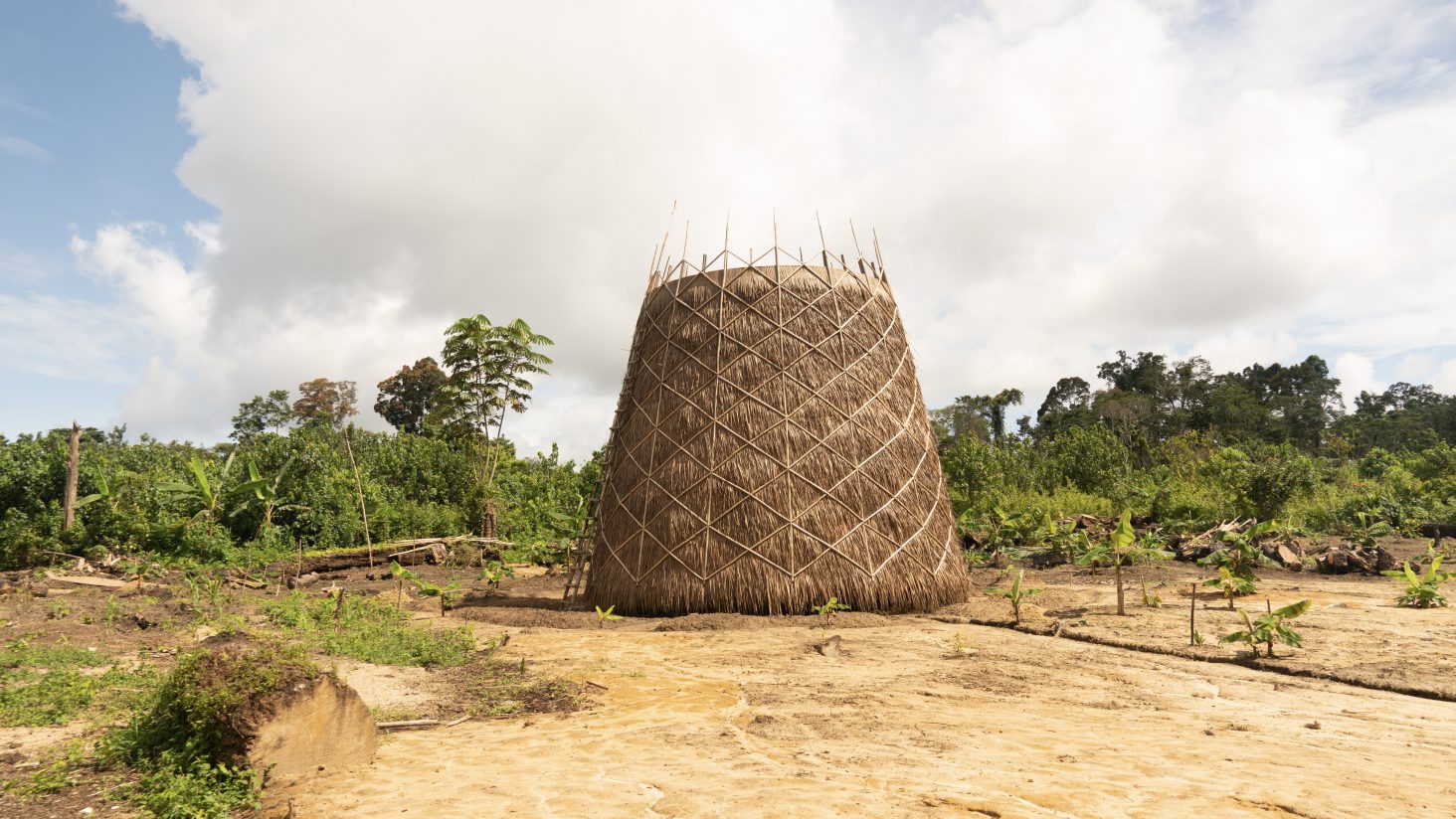 Arturo’s proposal was a lightweight, easily constructed, and an infrastructure-independent system like Warka. “Comprising a bamboo frame that supports a mesh polyester material inside, the tower is both cheap and easy to build. Atmospheric water vapor from either rain, fog, or dew, condenses against the cold surface of the mesh, forming droplets of liquid water that trickle down into a reservoir found at the bottom of the structure. A fabric canopy shades the lower sections of the tower to prevent the collected water from evaporating. Performance is weather dependent but each tower has the capability of providing a community with up to 100 liters of water per day.” 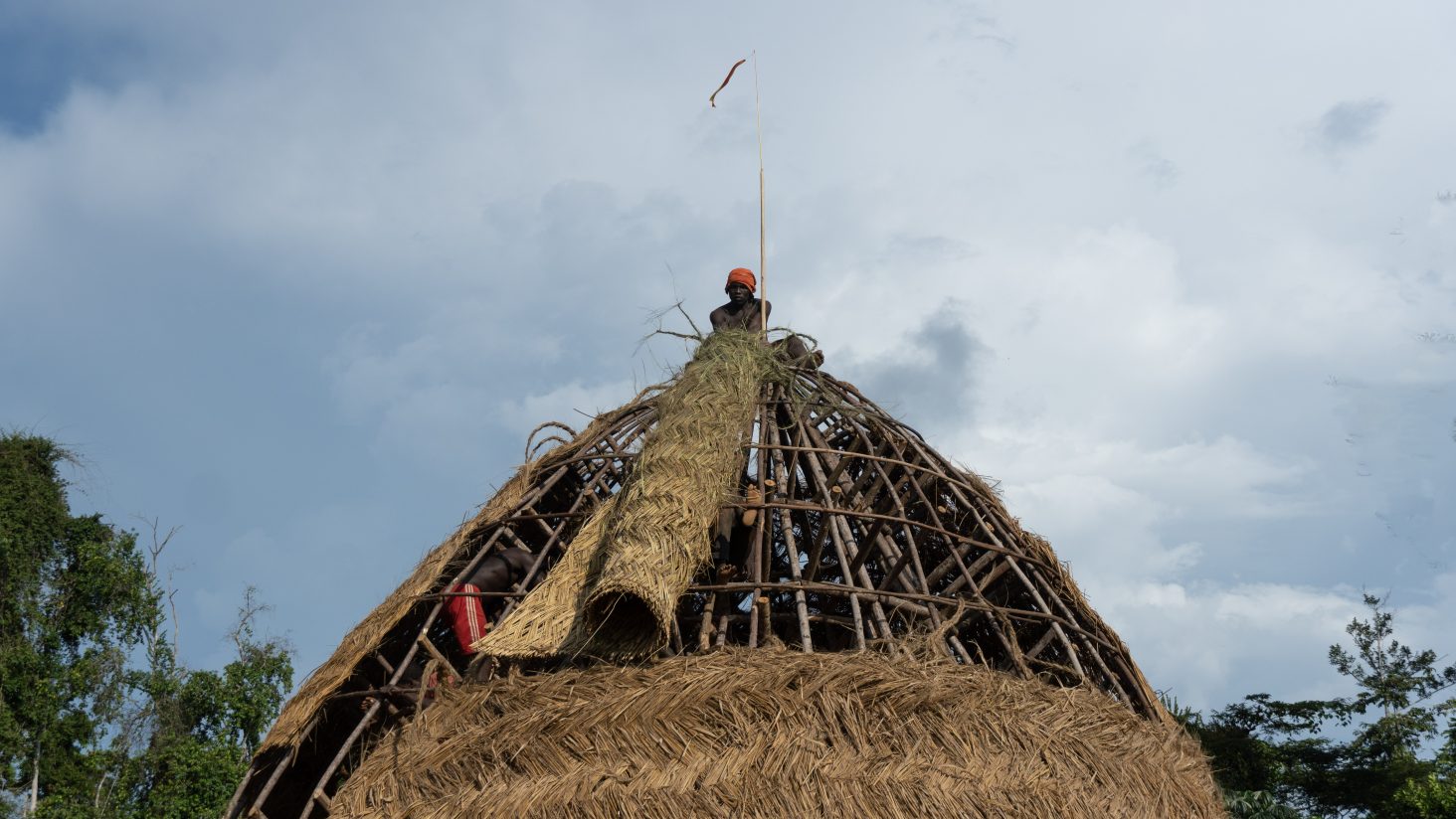 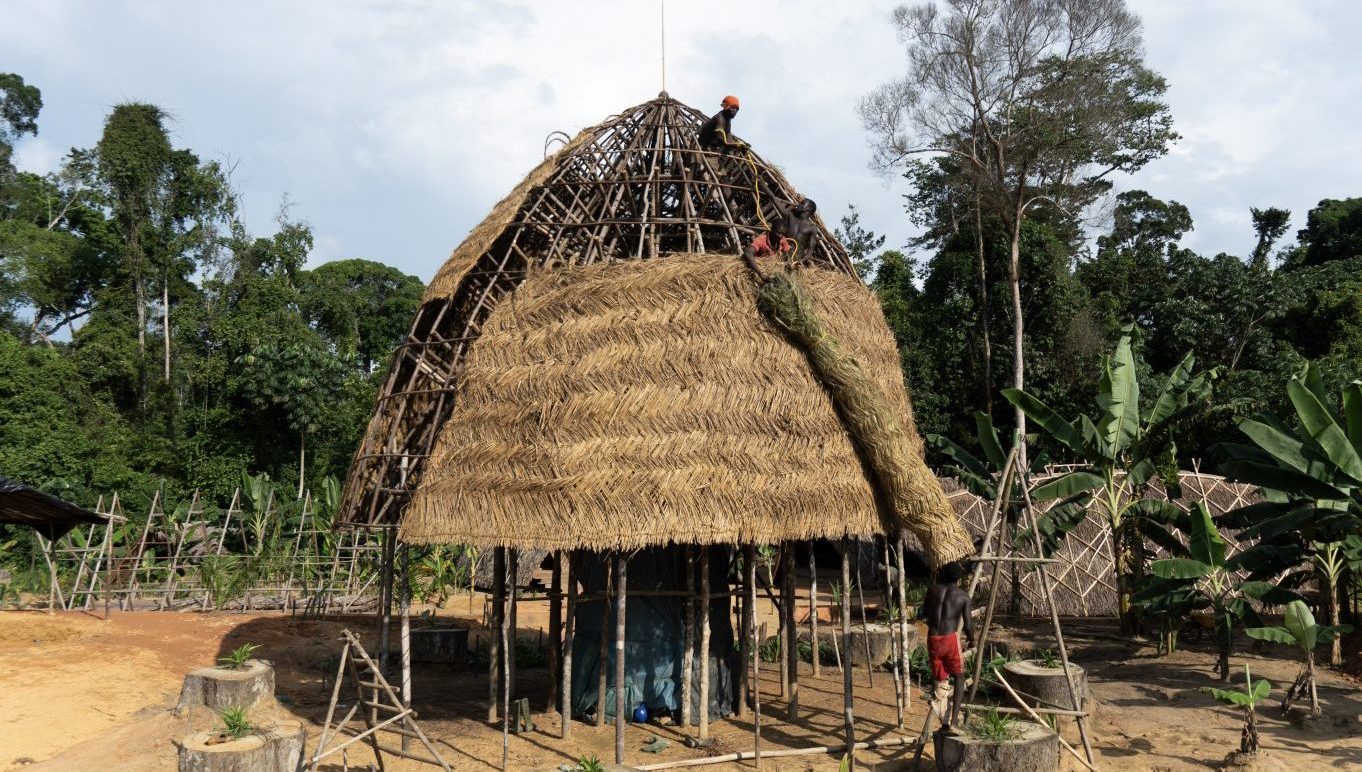 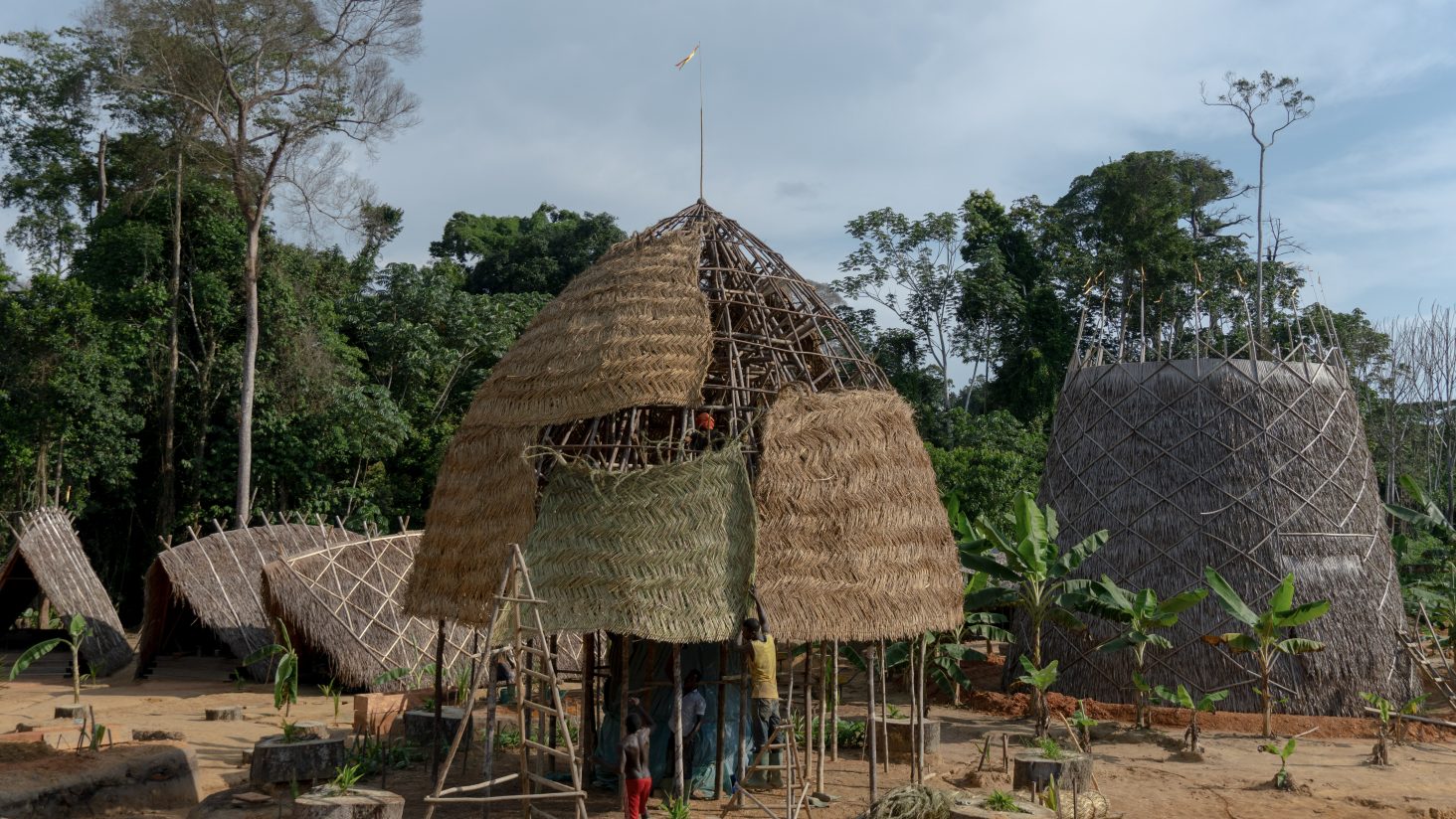 Arturo and the team are now developing the Warka Village. When completed it will host 100 people, from the pigmies and other local ethnic groups from Cameroon who wish to live with dignity. “It will become a cultural centre of social aggregation with quality spaces, an example of how to collaborate with the local community, using techniques and materials that respect the cultural identity of the place. It will show how we can live in harmony with nature. An ambitious approach with a high symbolic value, essential for raising public awareness of the cause we are defending, the cultural disappearance of the pygmy ethnic group. It is important to show the importance of good ideas, the conviction in pursuing them, and the determination to put them into practice. 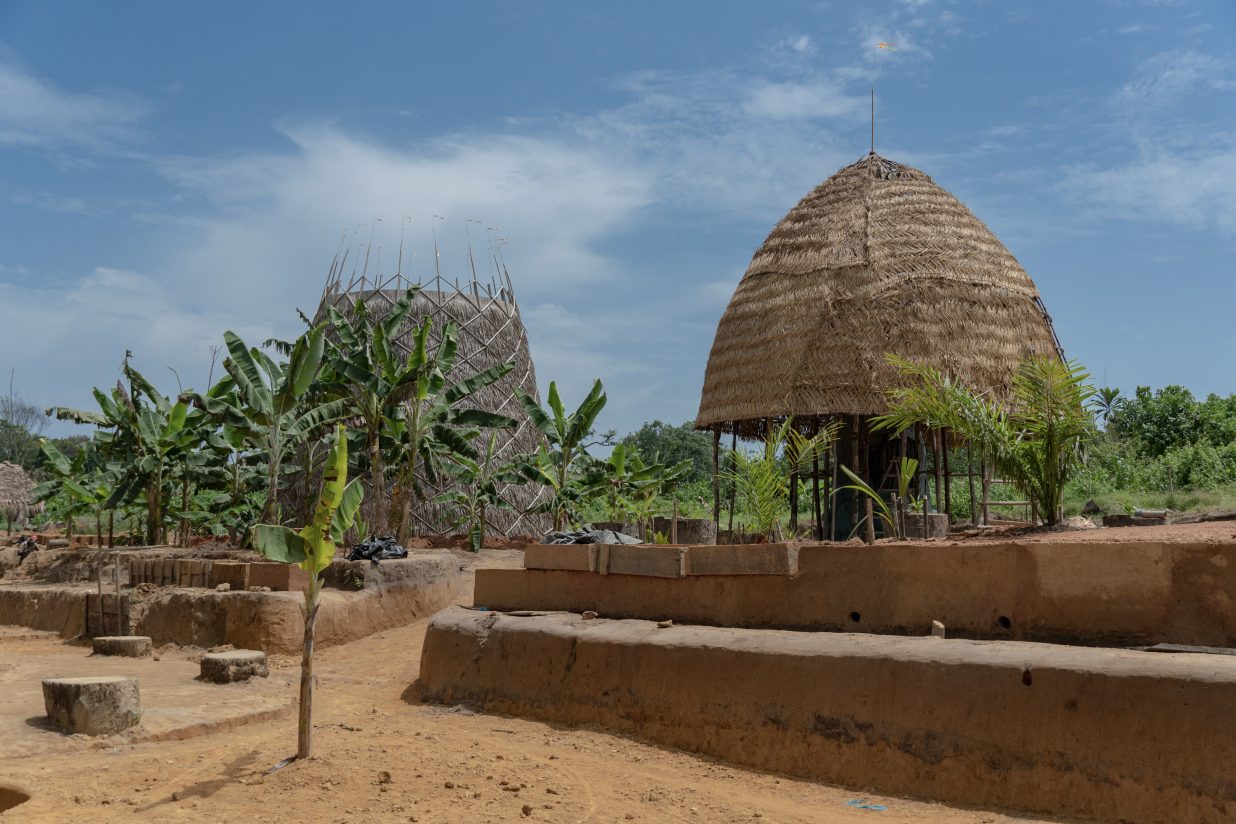 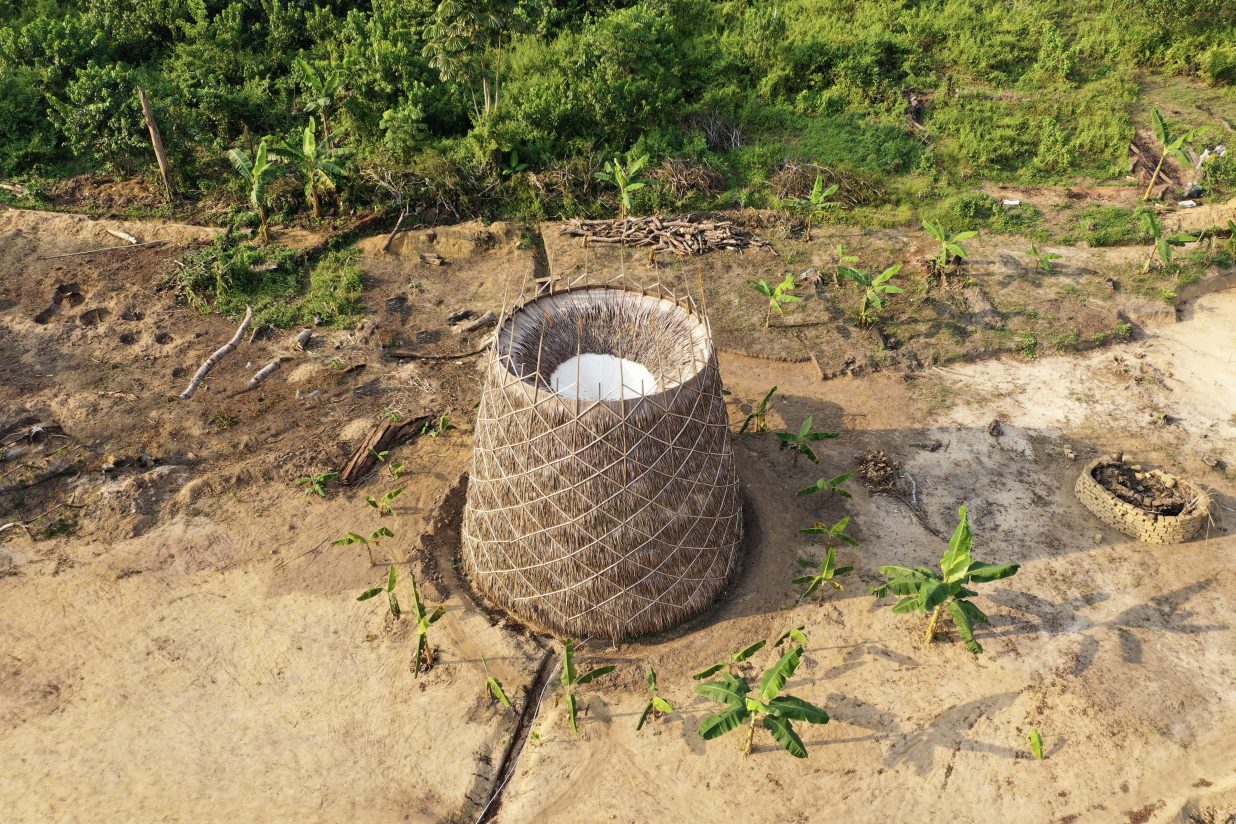 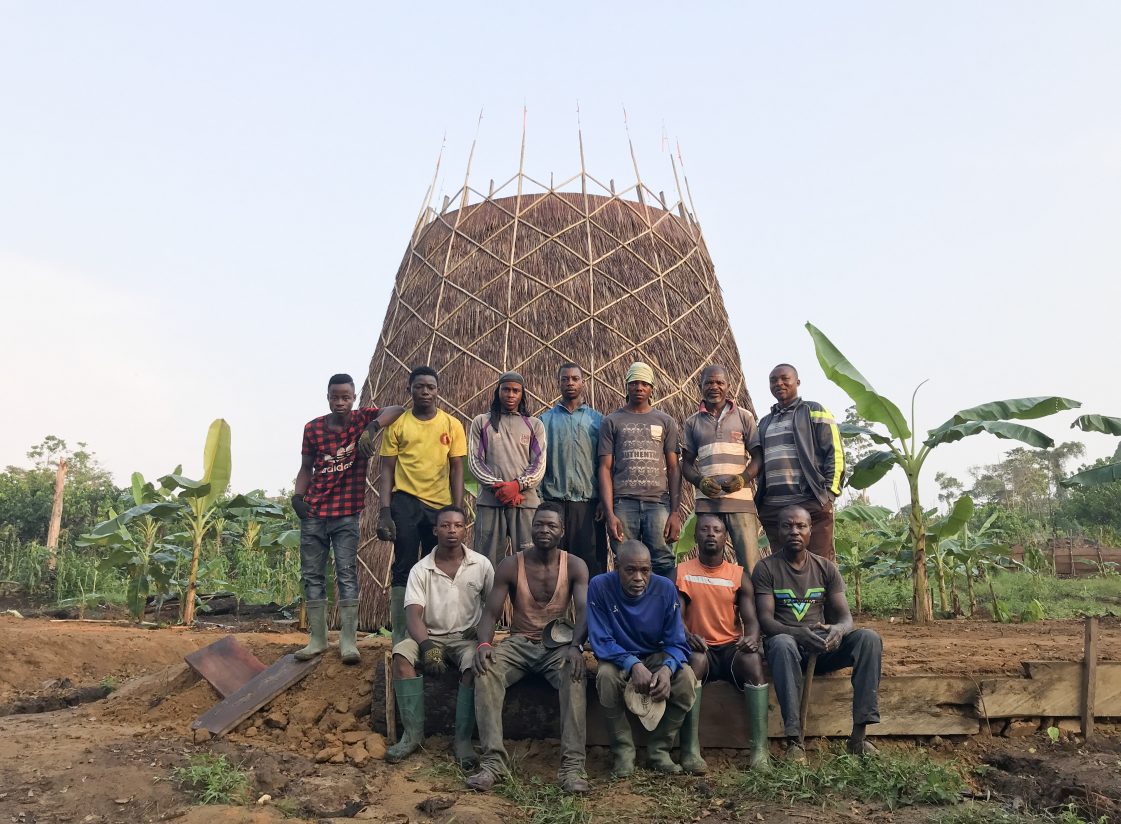 Warka Water finances its activities through donations, which can be accessed through this link.