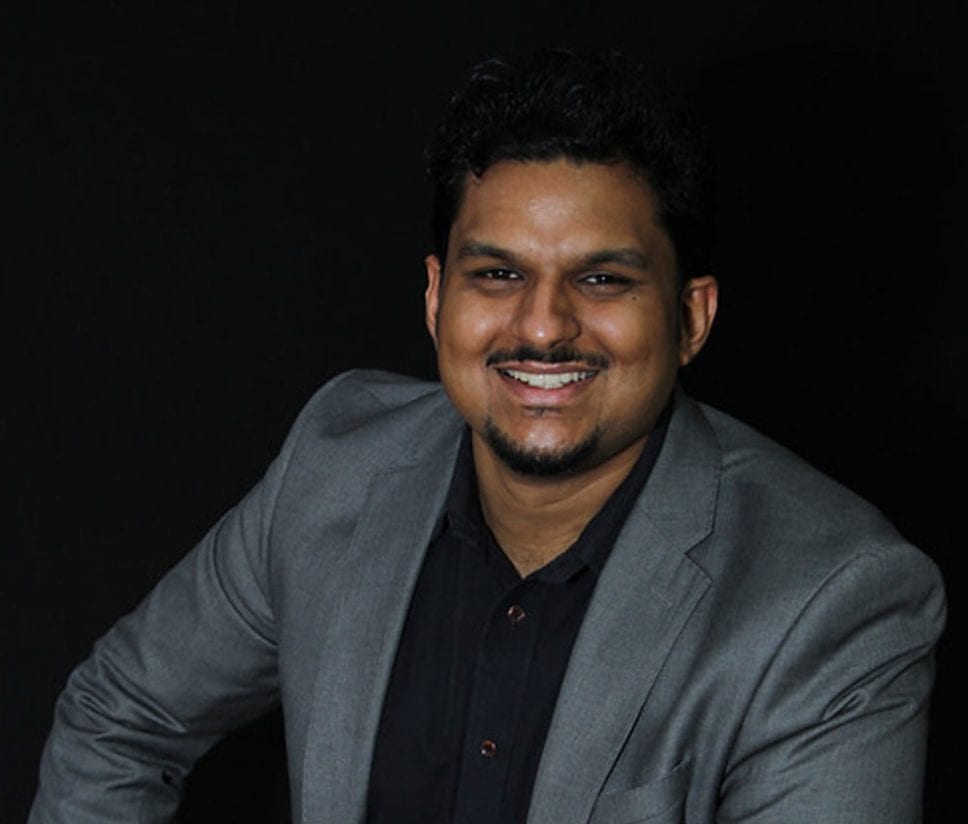 Waving the Flag of Beyond Sustainable

Putting the focus on an expat architect, Roshan Cherri, who wants to carve a niche in a country where signature architecture and starchitects are the norm. By Sindhu Nair

Roshan Cherri is on the path to steering his design firm to projects that reflect the concept of beyond sustainability, and he does so with solid conviction and a firm design direction. He comes from deep roots in Doha soil, sown by a prolific architect father, George Cherian, who ran a flourishing practice in the recent golden past of Doha. His father was one of the few successful expatriates who ran an architecture and construction company called the Doha Design Centre. A firm that was involved in many government projects like the Capital Police Station, Hamad Medical Centre and also some spectacular residences in Doha and in his hometown. The reins of his father’s legacy rests firmly in Roshan’s hands as he steps into the shoes of his father. 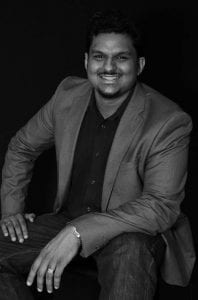 “Our vision,” says Roshan, “is to build every building like a tree and every city like a garden.”

Roshan has many challenges to scale and a passion that is infectious. Roshan wants to pave a different path for himself. He wants his firm to adapt beyond sustainable procedures yet be creative in design.

His core belief is that buildings must be energy sources, not energy absorbers as they are now.

Beyond sustainable is a concept he believes in and all his efforts are on getting this to be adopted as a norm across the building industry.

“Beyond sustainable architecture (BS) is the new way of thinking and designing. The external fabric of architecture and the internal space is to be seen in a totally different manner, beyond just sustainability and interesting forms of shapes and icons need to be designed so that the entirety of the building is put to use,” he says, “BS creates a paradigm by elevating it to the new level of buildings that are not icons, but are responsible and respectful structures to nurture mankind and nature.”

Buildings become storehouses of resources, continues Roshan, “These structure produces energy and adds revenue to the land.” Roshan wants to be known as a Gold Hotel specialist and an ambassador of the Beyond Sustainable principles.

RELATED  The Mystery of Light

If all this sounded as utopian ideas to you, stop right there because this is a science that is being followed by architects around the world. Roshan has worked on one such project, the City of Dreams in Macau, an “integrated entertainment” resort, while he was in Australia under the able hands of Zaha Hadid. This was a project that paved way for his desire to build Beyond Sustainable and also when he met and worked under the great architect, who has influenced many of his design sensibilities. 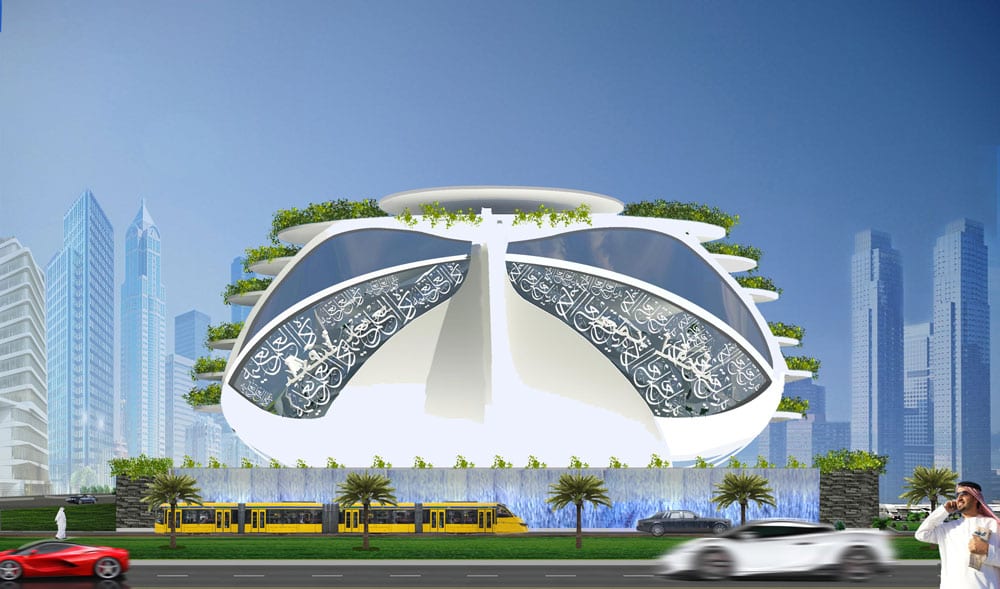 “I have a letter from Hadid and these are the treasures that I hold dear,” he says.

That brings him to the other most inspiring person in his life, his father, who is now no more.

“I was introduced to the world of design early on, by my father, through his passion for build forms,” he says,” I have still to recover from the loss of my father. He was more than a father; he was my friend, my brother and my inspiration.” 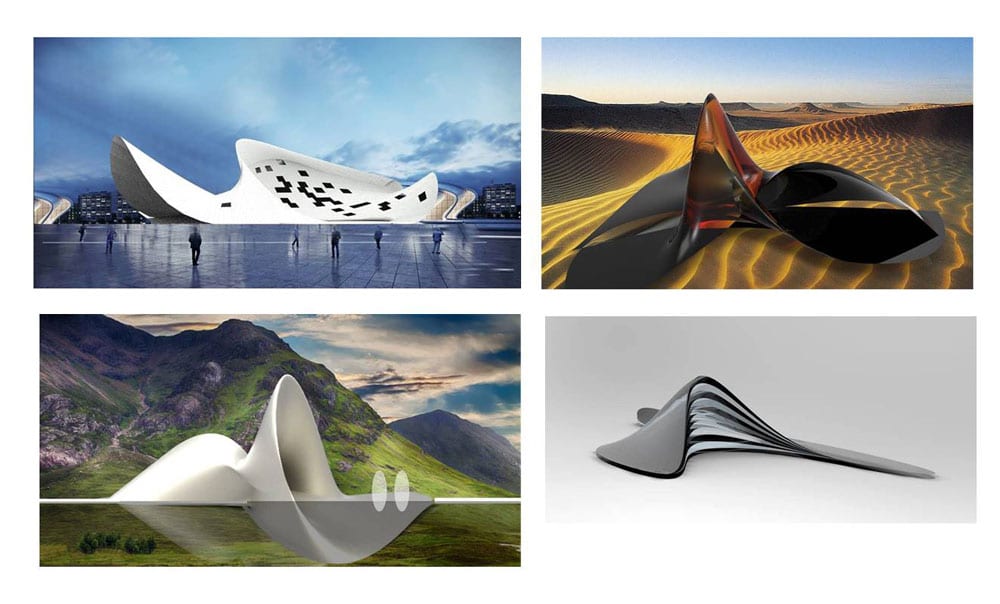 Concepts of beyond sustainability

Roshan further touches on the principles of Gold Architecture or Beyond Sustainable buildings through the projects he is currently involved with.

“The principles of Gold Architecture start from the fabric, move to the interior space and then to the flexible spaces within buildings,” he says.

But then while designing the fabric, Roshan opts for the wow factor, which he says, “is the first important element that arouses interest.” But the form is created by keeping in mind the topography, the sun path diagram, the lighting pattern and the wind factor.

His conceptual designs are futuristic and indeed wow forms that have an uncanny resemblance to the Zaha Hadid buildings’ flowy curvatures. 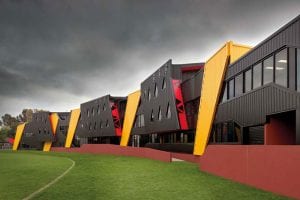 Punt Road Stadium Melbourne; Projects that Roshan worked on when he was in Melbourne

A residential complex in Ain Khalid, the hotel project in Algeria, another project in Qatar for the Ritz Carlton and in Msheireb which is in collaboration with 23 degrees North, are some of his projects that are at the conceptual stage. The Algerian Project uses tidal energy as an energy source and the fabric of the building is made of solar panels. The Hotel project in Skikda, Algeria, has now expanded to become a Theme Park.

His built forms are the Al Rayyan FIFA Zone 2, with five football pitches, car parking and sports facilities; the Manateq logistic park design for companies like Contraco, Seashore; and the office fitouts within the Gate Mall. 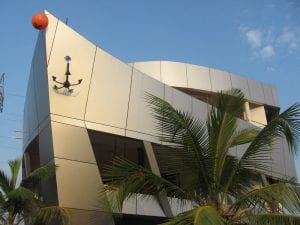 Ship house in India, designed by his father, George Cherian

That brings us to Roshan’s grouse, “Local architects need to be given a chance to prove their capabilities in this wonderful land of architectural delights. An architect should have a space in Doha to prove himself. There should be space for everyone to practice and showcase their designs.”

Doha follows a “need philosophy” which by itself is a very sustainable approach in planning and which is in contrast to Dubai’s “showmanship architecture”, reflects Roshan.

Roshan meanwhile has put to use all his time in creating and conceptualising a stand-alone house that is completely energy deficient, that does not use any energy but from natural resources. The residential project is a shell-like fabric, that requires a material called Timber Crete. A fully-sufficient building with a hydroponics system that is used to cultivate its own food.

And we will wait with bated breath for Roshan’s vision to come to realisation.

SCALE wishes Roshan luck in his future endeavours to carve a niche for his firm. 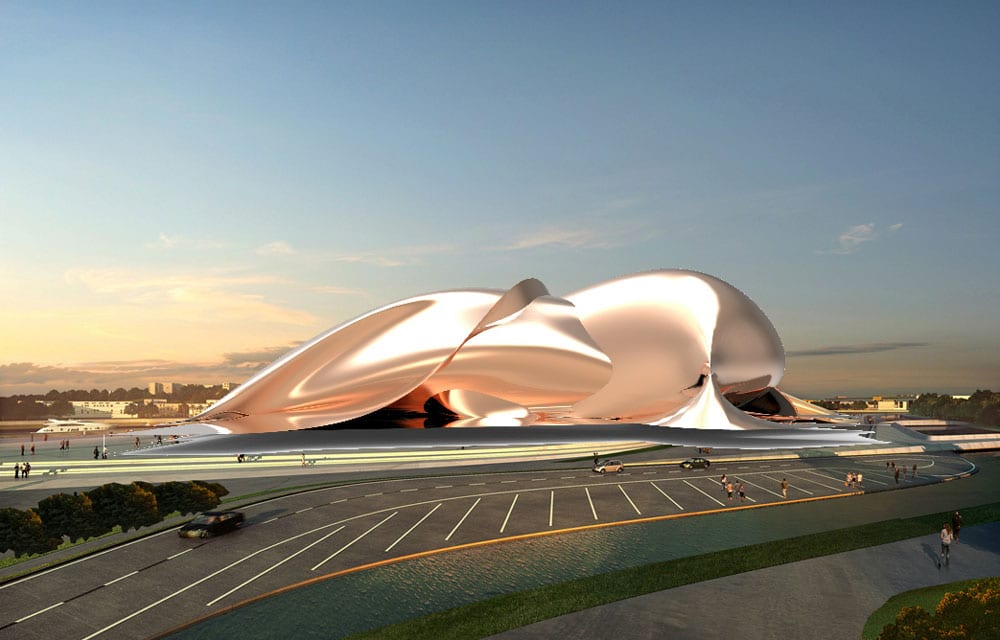 
Your favourite building in Doha

The Sheraton Doha, has some special memories for me as this building was my thesis. How the services have been handled in this building is a marvel. The construction is through cantilever and that by itself is a construction marvel. And that this was built in the 1980s is a revelation.

Zaha Hadid, of course. But since she is no longer with us, I would love to work in the firm of Snohetta.

Roshan directs Scale to Architect Independent, a new design firm that has intrigued his senses.