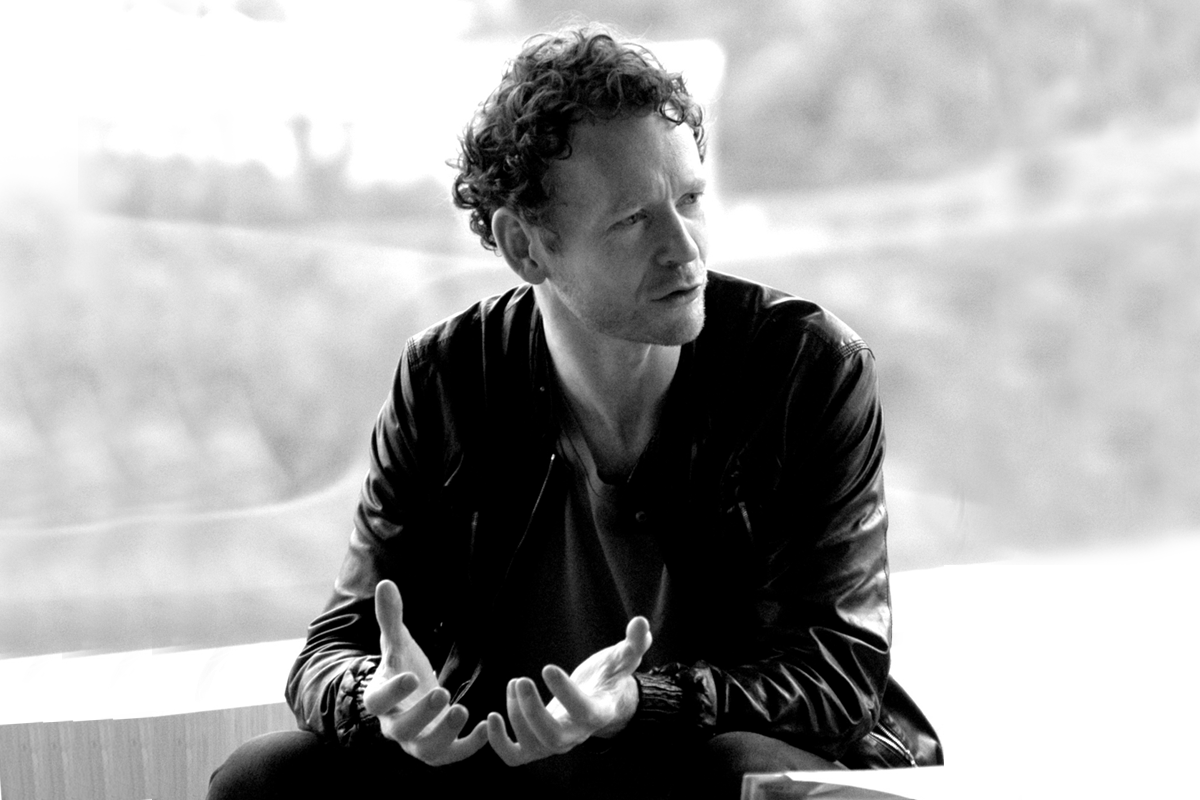 Why can’t furniture, much like a song, be about heartbreak or love, asks Johannes Torpe, designer and founder of the eponymous multidisciplinary studio based in Denmark.

“We want to succeed not only by creating something beautiful but also something that creates a value for the people that we work with.”

Johannes Torpe says his creativity is fluid; all part of the great microcosm of design – that’s why he can spend a day jumping from architecture to music, from designing smartphones to high-speed trains. “All of that is the same creative process that is always based on creating the best possible compromise at the intersection of art, commercialism, functionality, and disability.”

The 47-year-old Johannes, who created and sold a multi-million-dollar company when he was still in his teens, is a polymath designer with interests spanning interior design, architecture, and music. From starting a lighting design company at the age of 15 to revitalising the 90-year-old elite consumer brand Bang and Olufsen as its Group Creative Director, Johannes has a diverse portfolio.

Along with his brother, he also started a record company and was one half of the dance music group Enur that made a US#1 dance club song in 2007. Today he continues to run the design firm that he started 25 years ago – Johannes Torpe Studios; the name behind some breathtaking concepts like the United Cycling Lab & Store, considered a modern monastery for the science of cycling, or his latest tour de force, the Buda Resort in Hungary, a luxurious wellness atelier which aims to connect its guests with the healing virtues of nature. 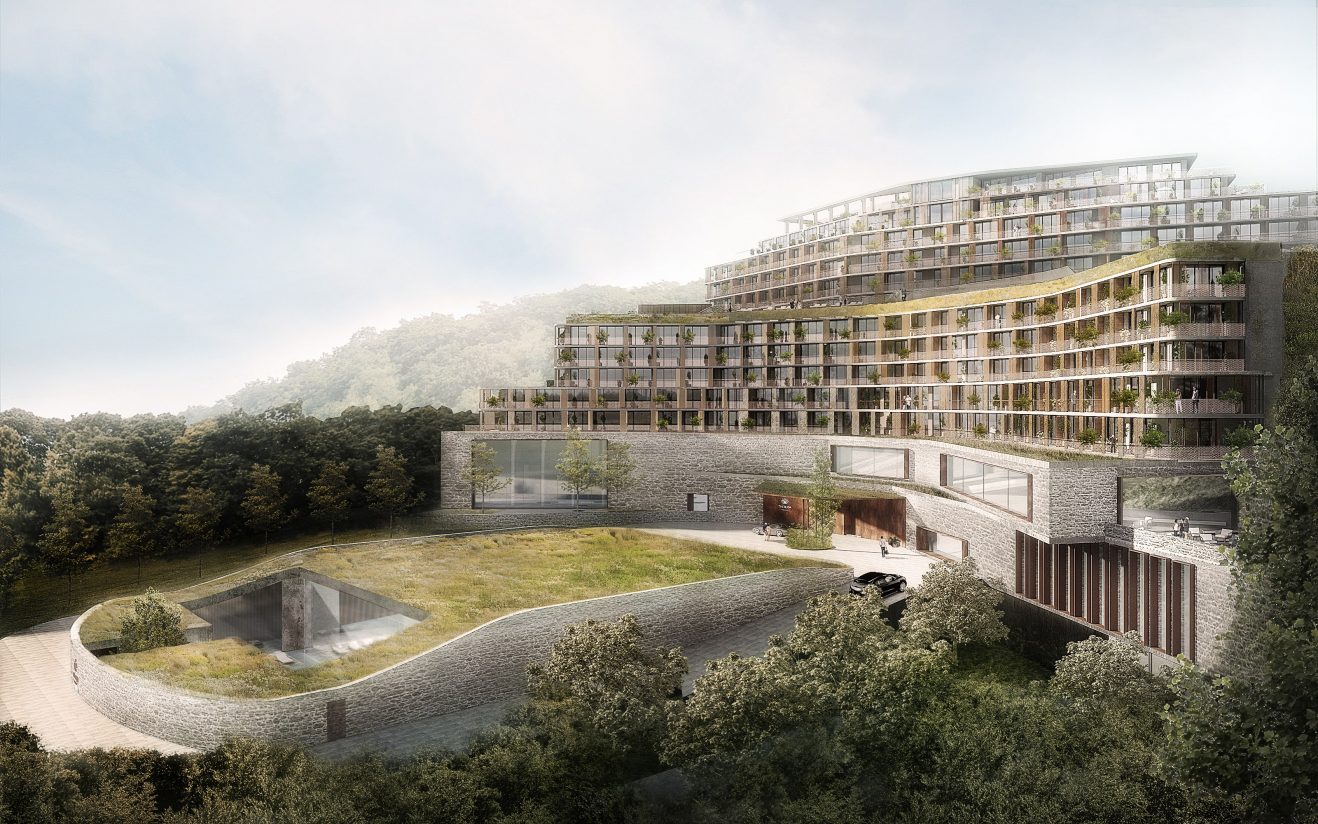 The Buda Resort is a luxury spa resort located in the Visegrad Hills of Hungary and inspired by the spiritual symbolism of its setting; the ‘Heart Chakra of The Earth. 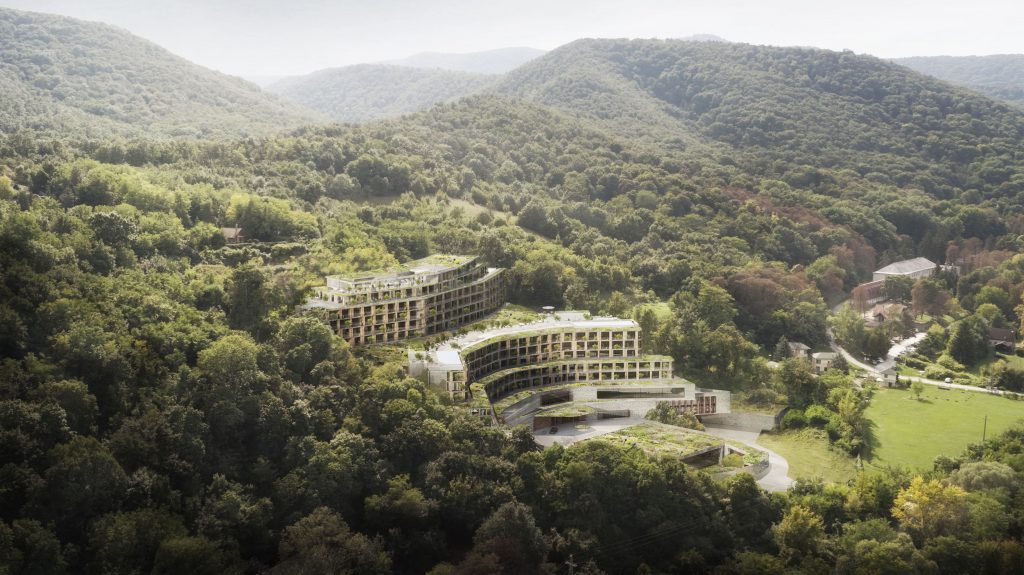 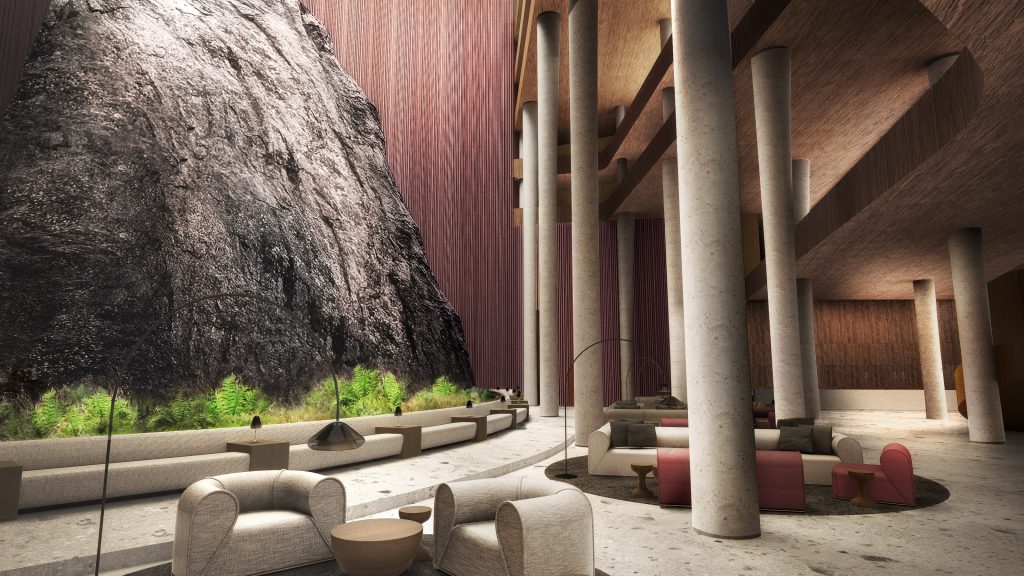 The hotel project in Visegrad, Hungary, has been unveiled before it is completely ready to open. But it was necessary to spike some optimism in the world of hospitality right now, he says, and show what is coming when the COVID-19 crisis is over: “How they are ready to face a world where nothing is going to be the same again.” 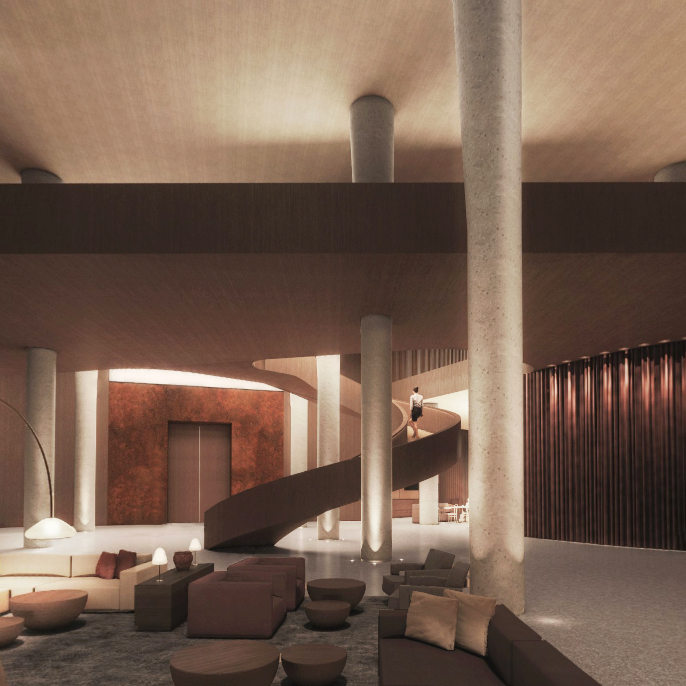 A 32 m tall natural rock of mammoth proportions is the soul of the space leaving guests awestruck with the nature surrounding as well as taking a centre stage in its planning. 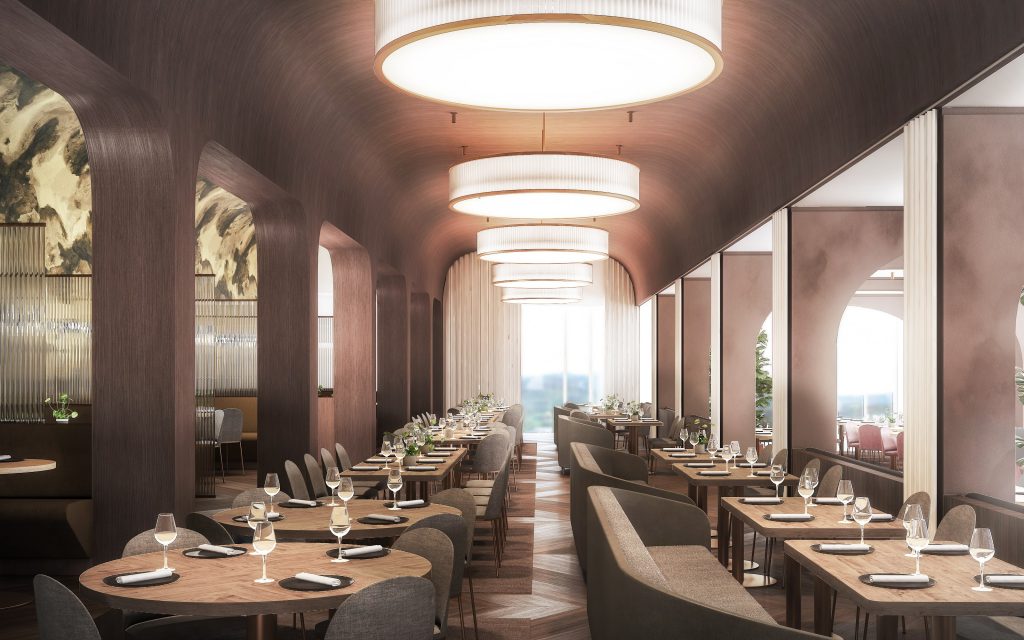 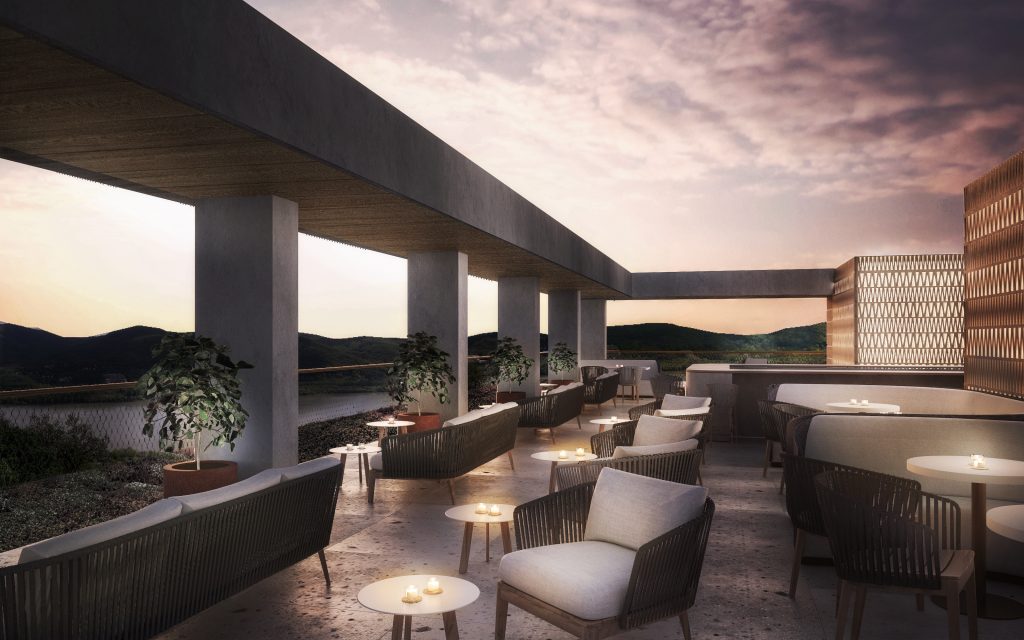 In the concept stage, the design team received a “gift” – the mountain on which the hotel is built. “It has spiritual meaning. This rock formation is known as the ‘heart chakra of the globe’. So, we have created the whole concept around the contraction and expansion of the heart. The rhythm of the whole building is based on the former stone quarry with the amazing 30 metre ceiling in the lobby space and the exposed granite rock formation. And we are really thrilled to see the results so far – it’s going to be one of the great hotel experiences of the world,” says Johannes.

RELATED  Curve it Up 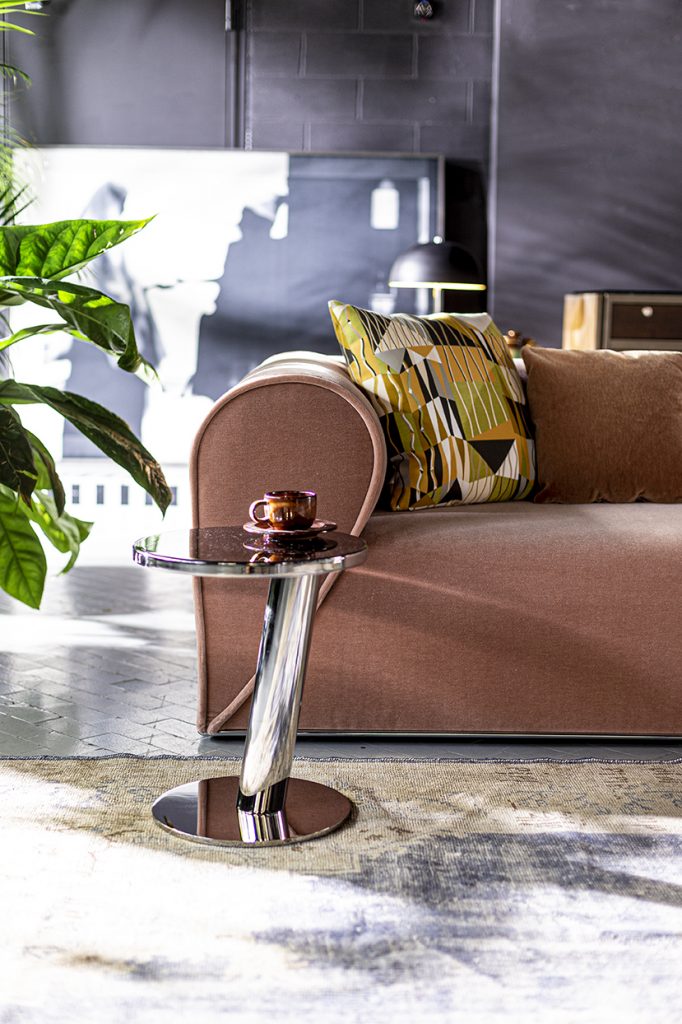 The Heartbreak sofa for the furniture company Moroso. 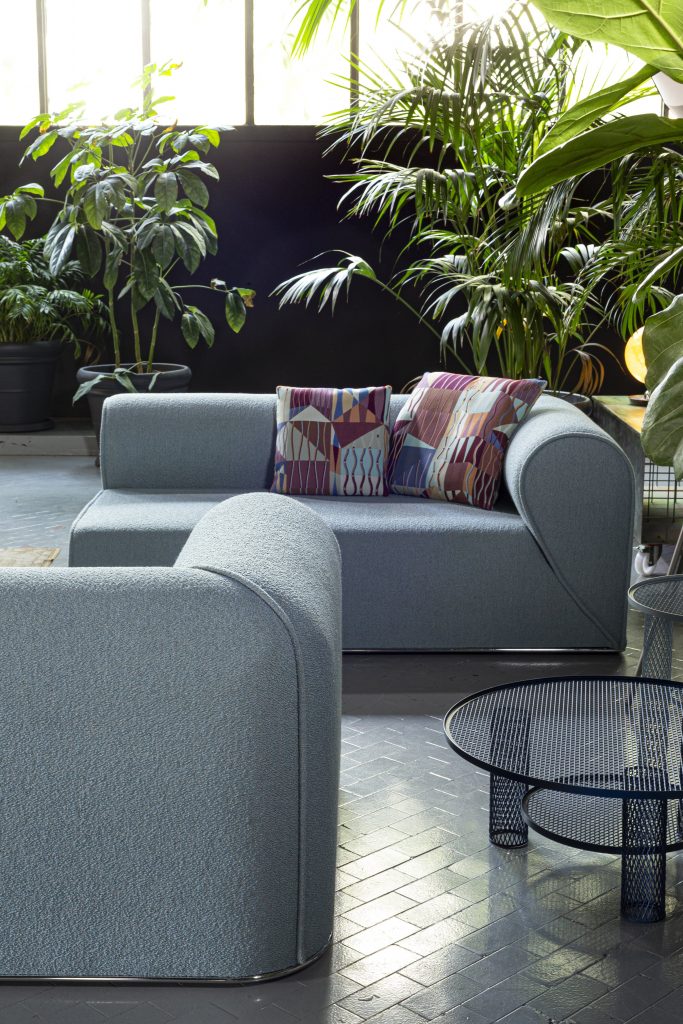 He brings similar aesthetics even while working on smaller-scale projects like the Heartbreaker, a sofa collection they did for the furniture company Moroso. “Here I took my personal experience from the hope of marriage and the result of heartbreak. I created a chair called the ‘Precious’ collection where the plate of the chair is made out of shiny metal –  showing my idea of an engagement ring – and the breakup of that relationship is translated into the beautiful sofa called the ‘Heartbreaker’. Here my drawings of a half heart became the trademark of the sofa series, embedded as the armrest and the back of the sofa,” he says. Both design collections are already iconic for the brand. 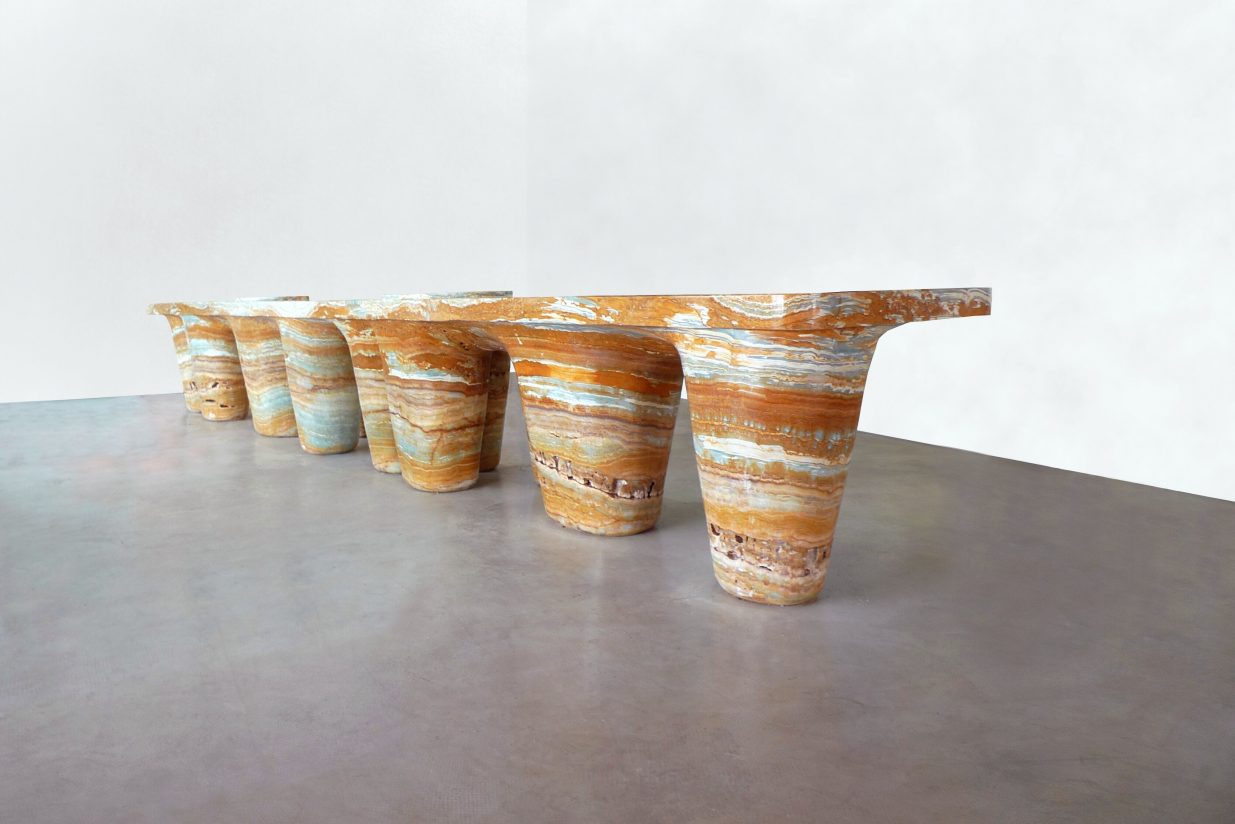 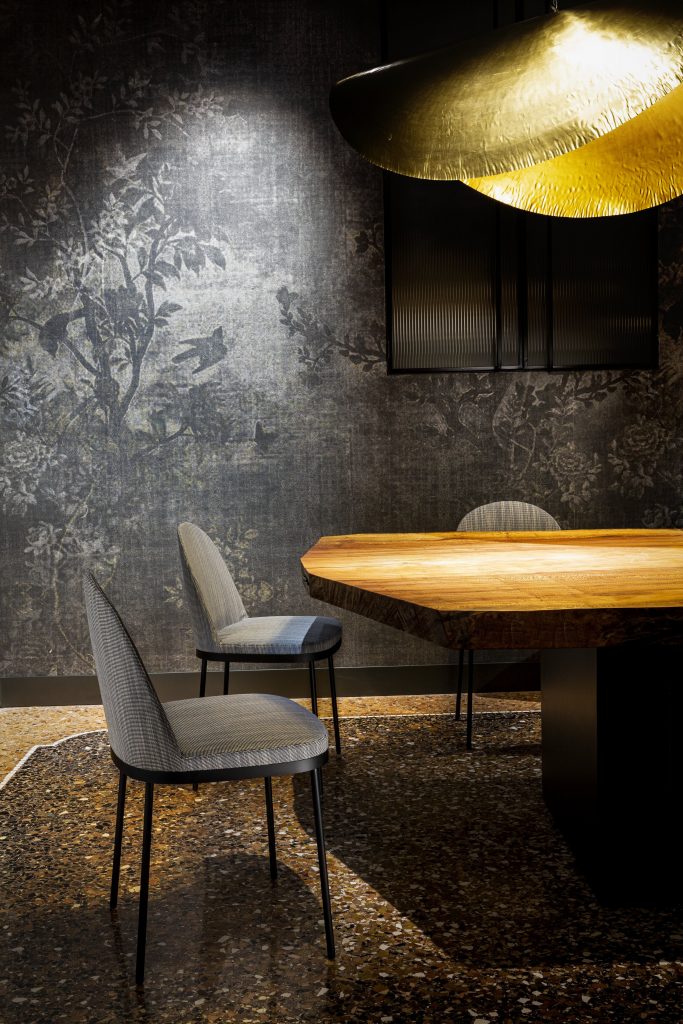 The minimalism of the Precious Chair

“Many people ask me why I would put my heart out in the storytelling of furniture – my response is that as a songwriter myself, why shouldn’t a furniture designer be able to do the same as a songwriter? If you think about it, your favourite song is probably about heartbreak or love – so why shouldn’t a piece of furniture be the same as a song? Both of them are a piece of art and an expression of the artist – and why not sit comfortably in a heartbreak…” 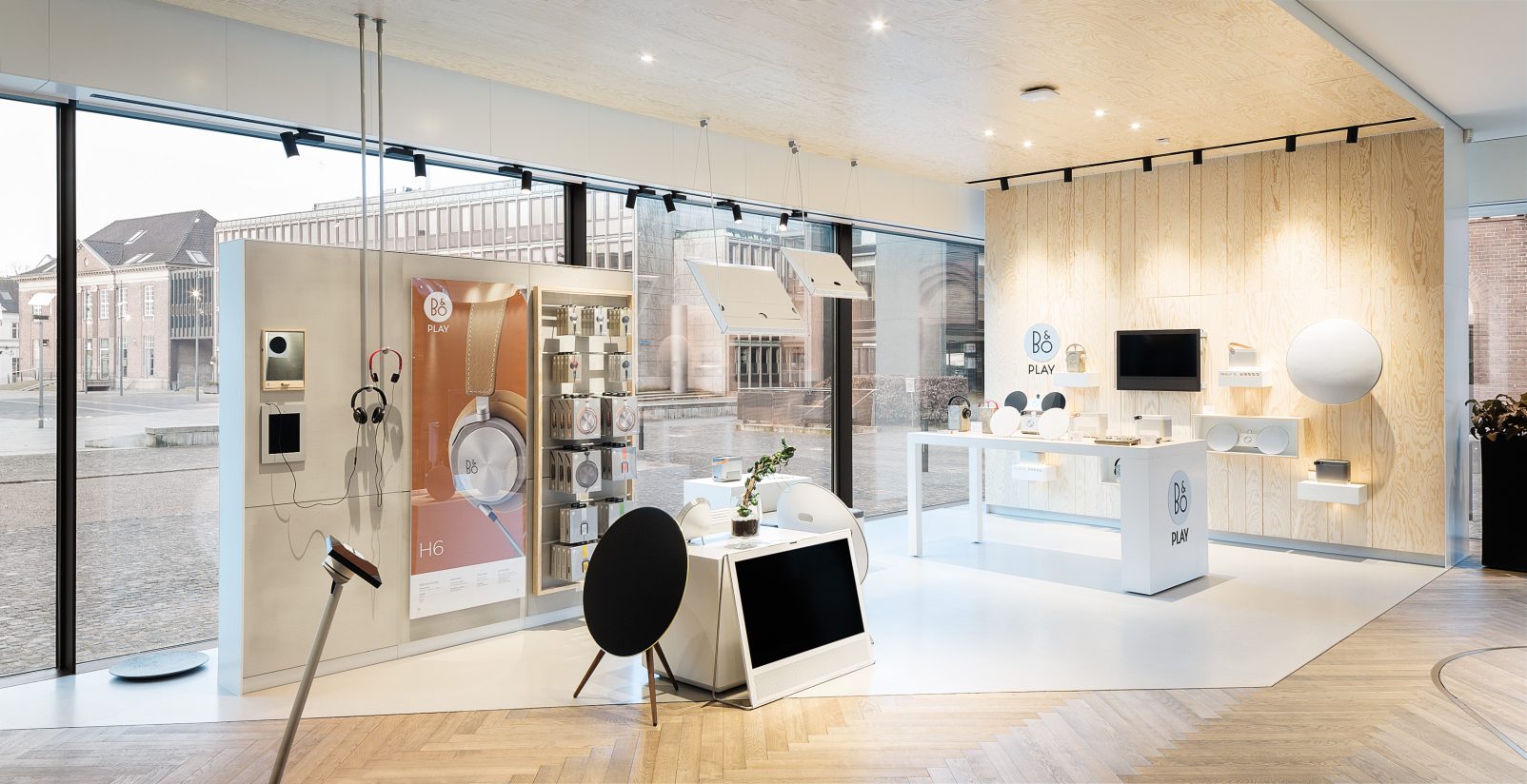 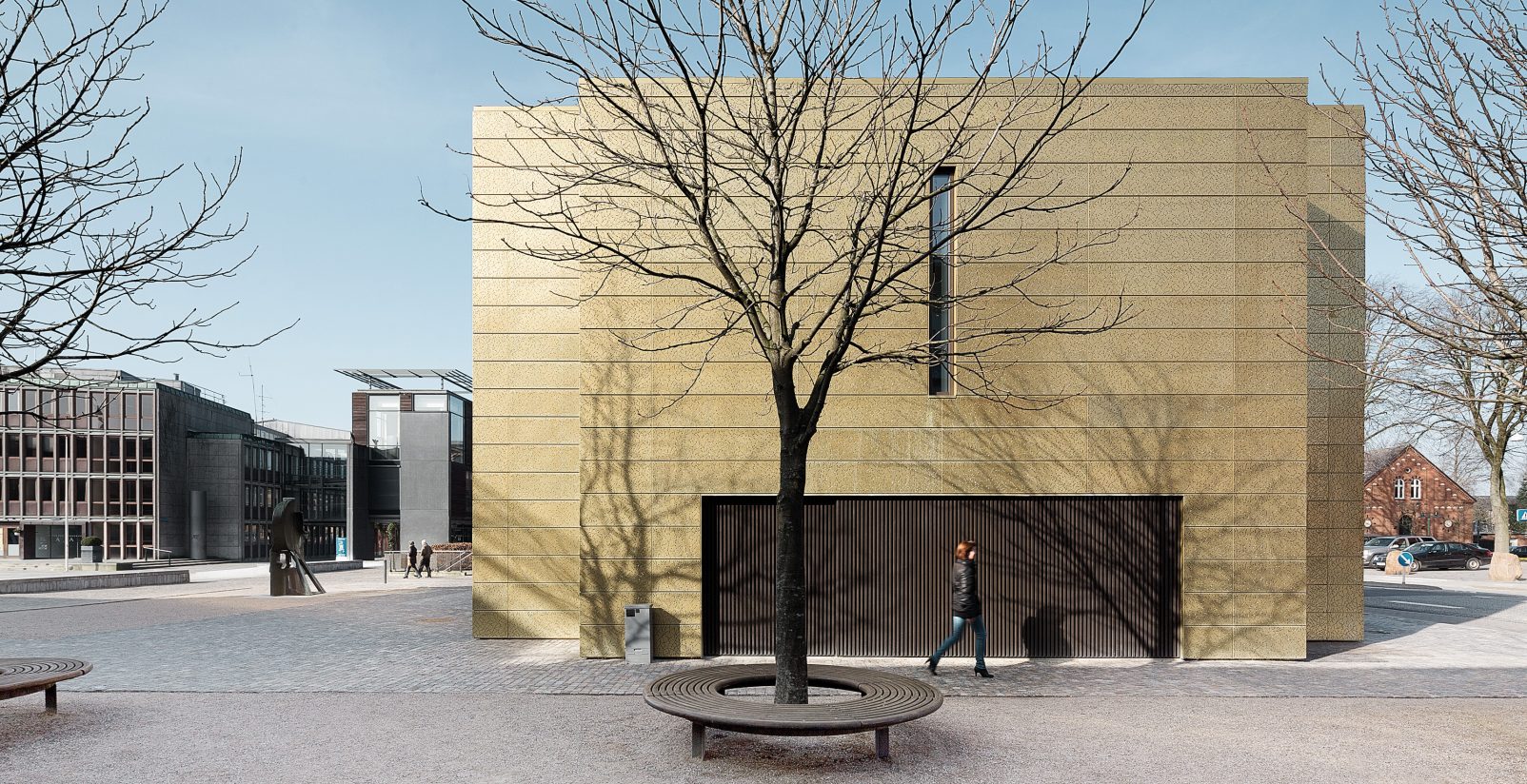 He attributes his style and influence to his unconventional early years. Born to a Danish mother and Irish father, both of whom are artists, he grew up in a hippie commune in the countryside since the age of three. His father was also a musician and all he wanted to do was create both art and music. “I didn’t go to school for more than three years. So right now, I am finishing my Ph.D. in architecture and design without ever having a piece of paper from either preschool, high school, or university. I might be the biggest social experiment in the world of architecture and design.”

He remembers moving away from home at 12 and starting work in a drum store in Copenhagen. “I was also very interested in lighting design so, at age 15, I got my mom to sign company registrations so that I could set up my first company.” He sold it when he turned 19; by that time, it had 12 employees and a multi-million revenue. From there he worked in an assortment of ventures, from graphic design to sonography and the nightlife business. Lady luck was by his side throughout. 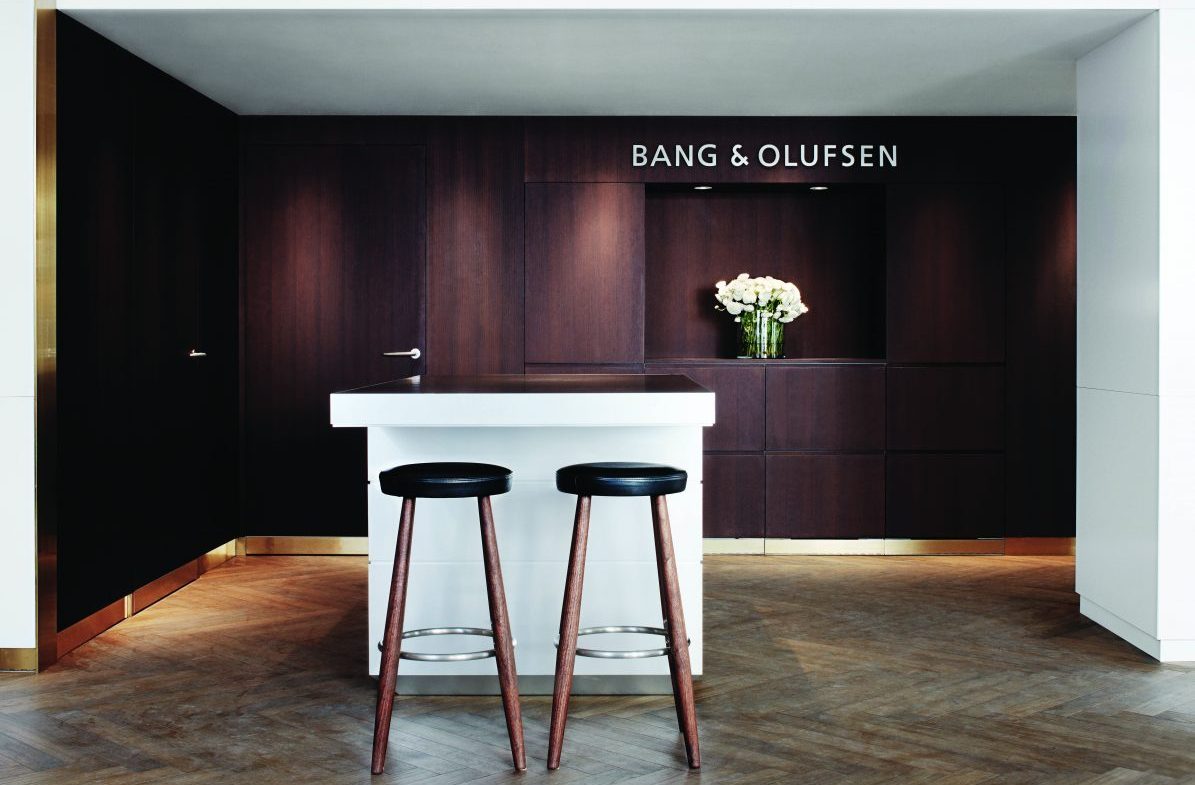 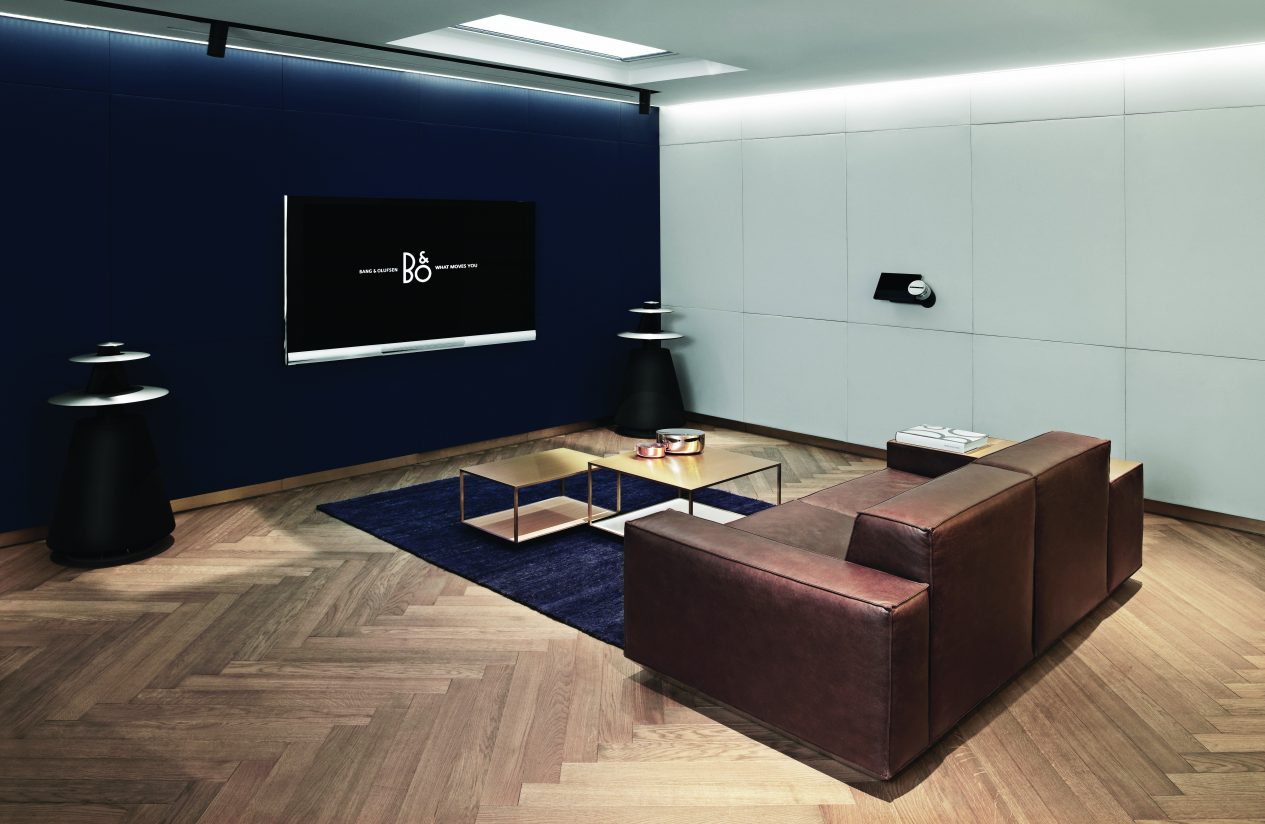 He says this is because of the process he applies to everything he does. “We want to succeed not only by creating something beautiful but also something that creates a value for the people that we work with. If they don’t have a good business in the end, we have not done our job the right way,” he says. 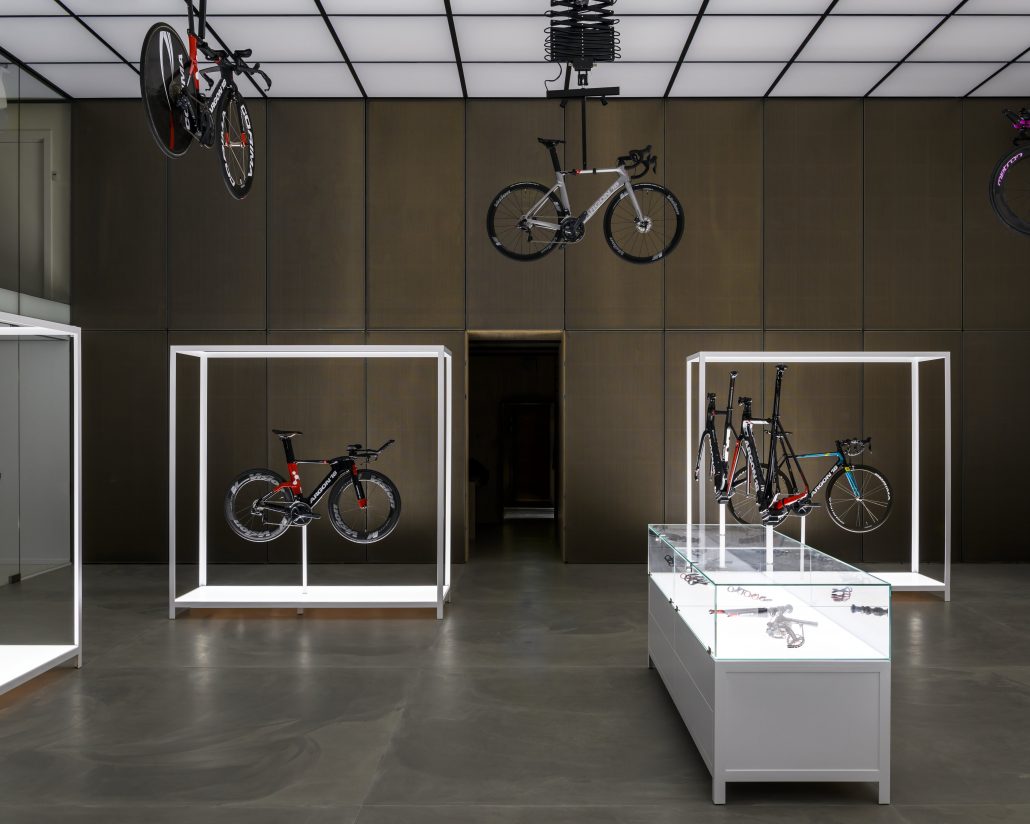 The Studio transforming a dull industrial building from the 1990s into a “gleaming cathedral for the science of cycling.” The “the power of the product” as the mantra the design team has created a retail space that fosters knowledge, learning and innovation. 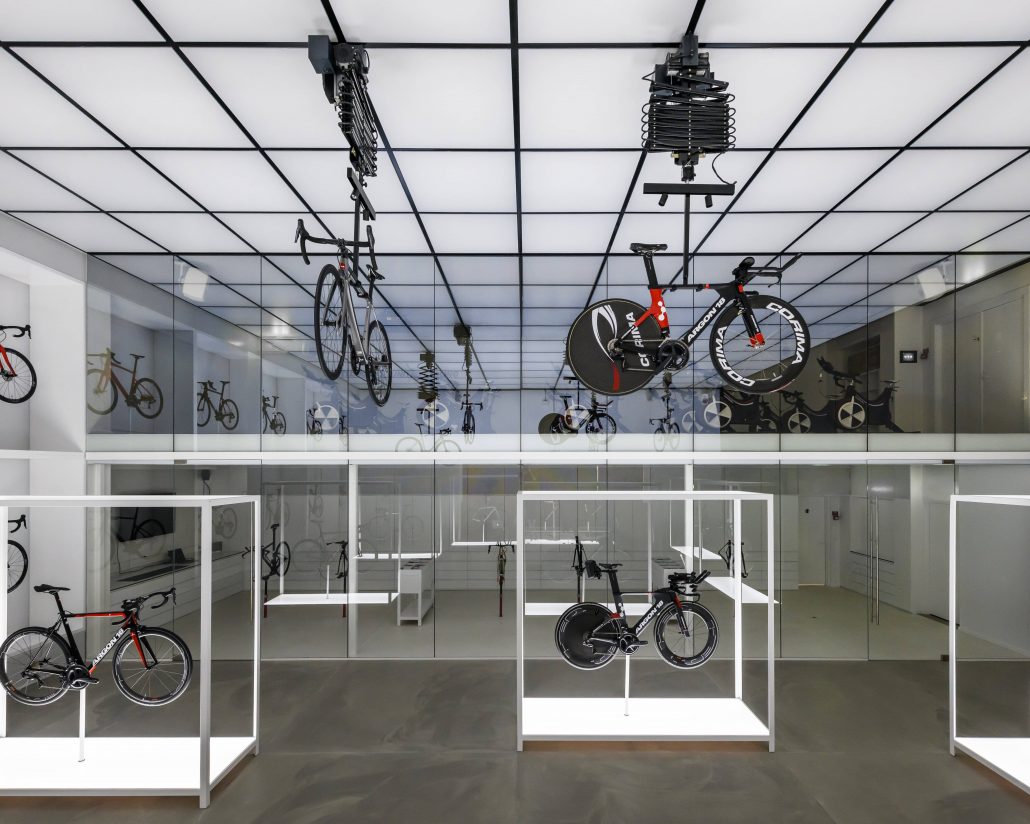 A good example of this is the United Cycling Lab & Store. “It is incredibly difficult to sell a high-end carbon fiber bicycle without putting it in its typical bicycle store environment with floors and wood brick walls and a kind of messy interior design where you have hundreds of bikes next to each other and a smell of oil and workshop. We wanted to create a completely different experience that was more about omnichannel retail. We made the bicycle the single most important thing in a setting where the atmosphere almost feels like a spiritual experience. Where the whole room can transform around you and the bike is the ‘God’, the mechanic is the ‘preacher’ and the massive display of bikes is the ‘altar’. Honestly speaking, it really works; 65% of the visitors are buying a bicycle – and mind you it is not a cheap bicycle, they are riding bikes priced from €5000 up to €35,000. And most importantly, the client is very satisfied, and very soon we will have finished their factory in Montreal, Canada.” The factory is getting the same treatment as the showroom and according to Johannes, it is an oddly satisfying and interesting process. 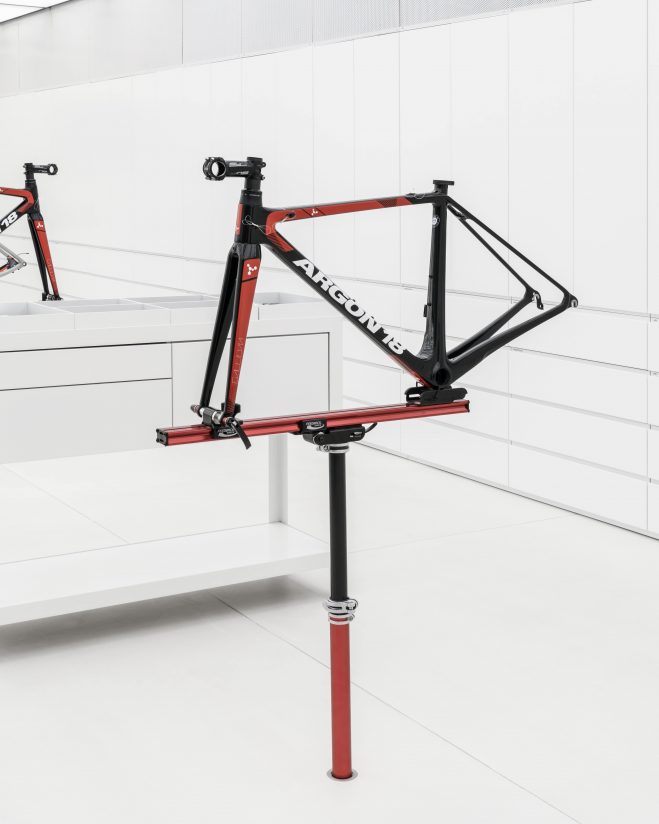 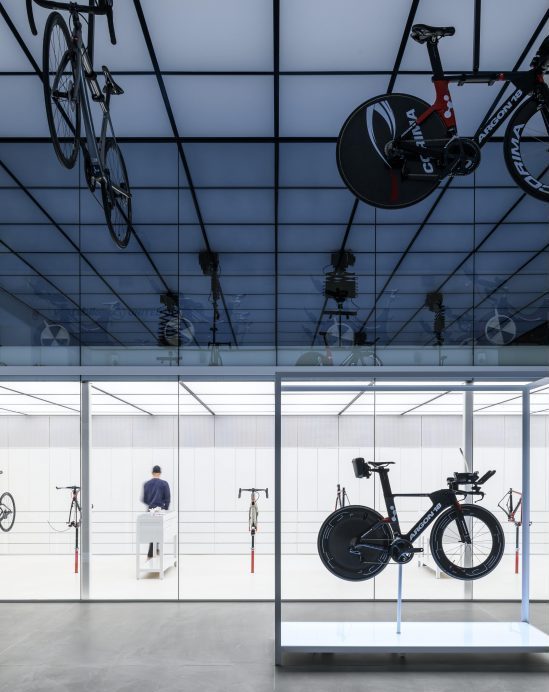 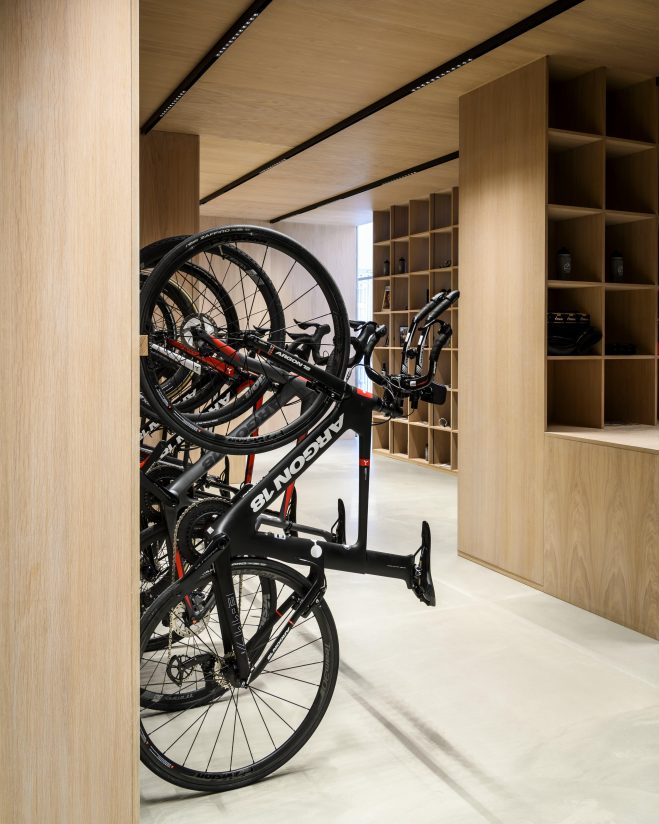 The future for Johannes is to become wiser every day and to sharpen his skills as a human being, he says. And as for his company, it is going through a transformation. A detailed business plan is in the works which, among other things, will see new investors and partners and a name change. “We will build the business into a larger global company with a group of skilled people who can move our ideas and mindsets into the future and definitely outlive my own legacy. The name doesn’t matter; I will always be Johannes anyway.” 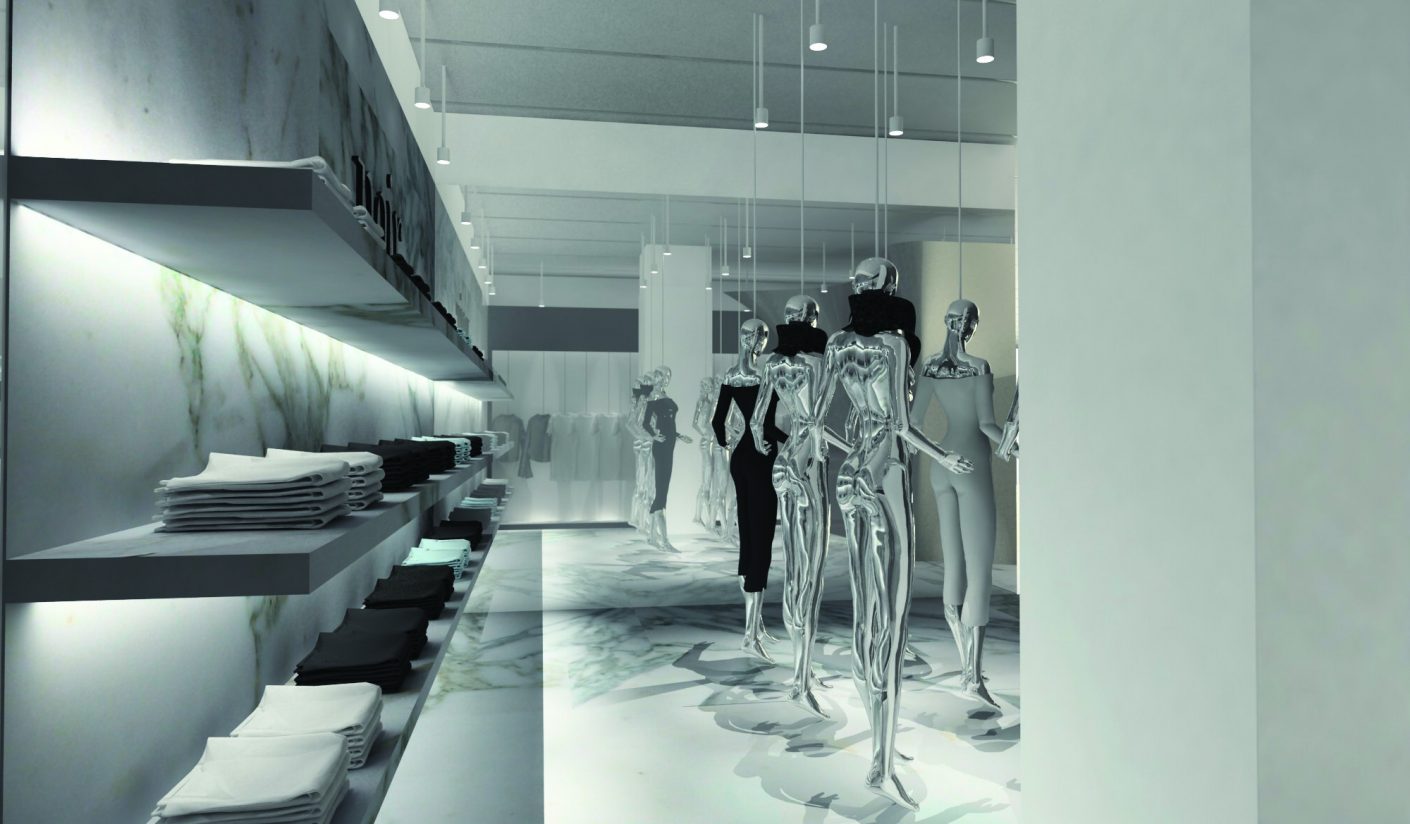 Interiors of the retail store Noir 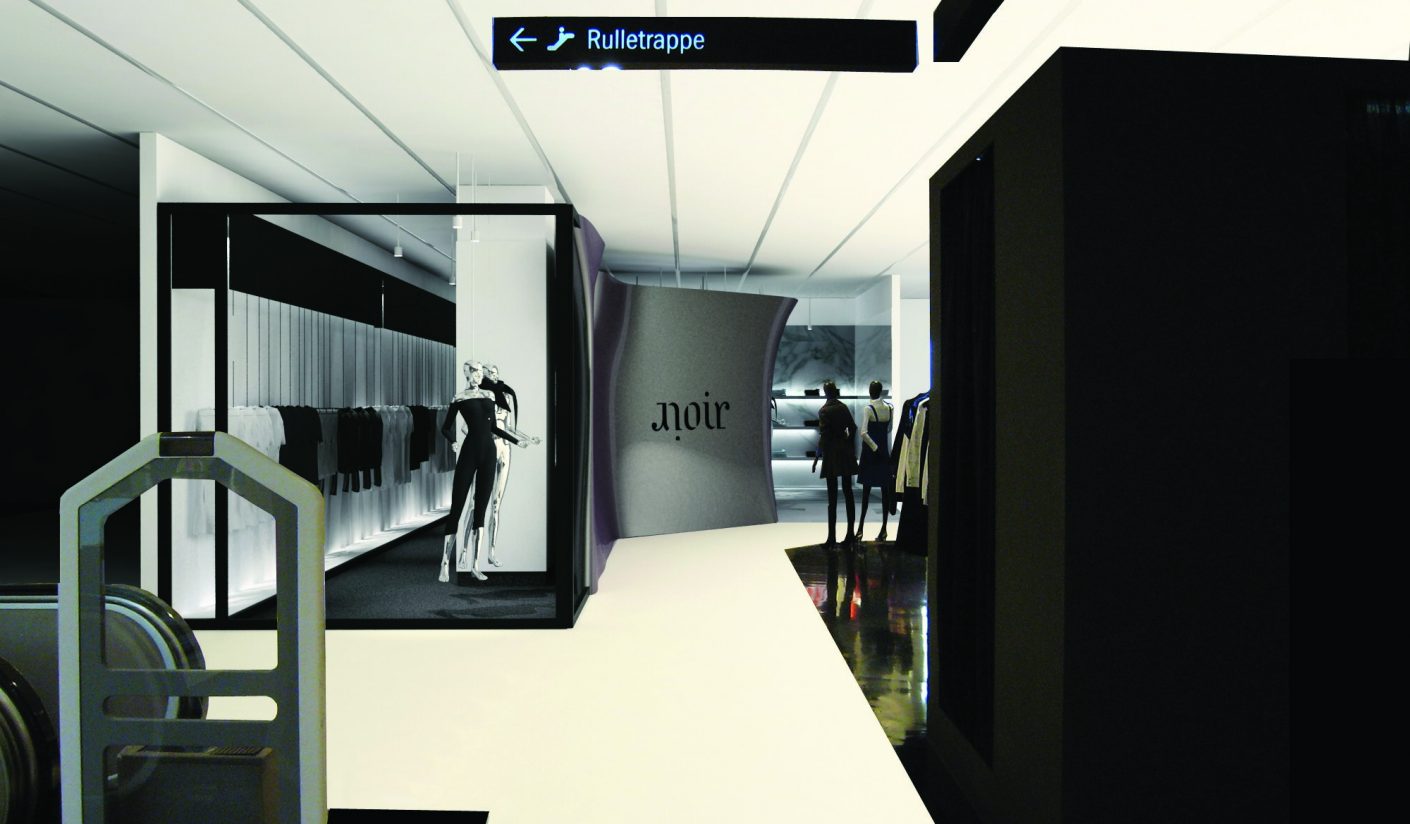